It’s been 30 years since National Lampoon’s Christmas Vacation was first released, in the time since quickly solidifying itself in the film world as the epitome of all things festive.

With intense family spats, aggravated neighbours and the threat of financial ruin, there truly is something for everyone in the John Hughes-scripted film. So join us as we delve into the reasons why National Lampoon’s Christmas Vacation is the best Christmas movie of all time.

10. It is an actual Christmas film 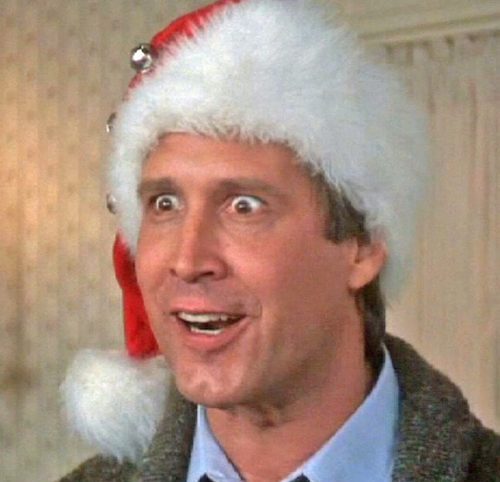 Unlike so many ‘Christmas’ films, the plot of National Lampoon’s Christmas Vacation actually centres around Christmas. Take note Die Hard: merely setting your film around Christmas time does not constitute a Christmas film. 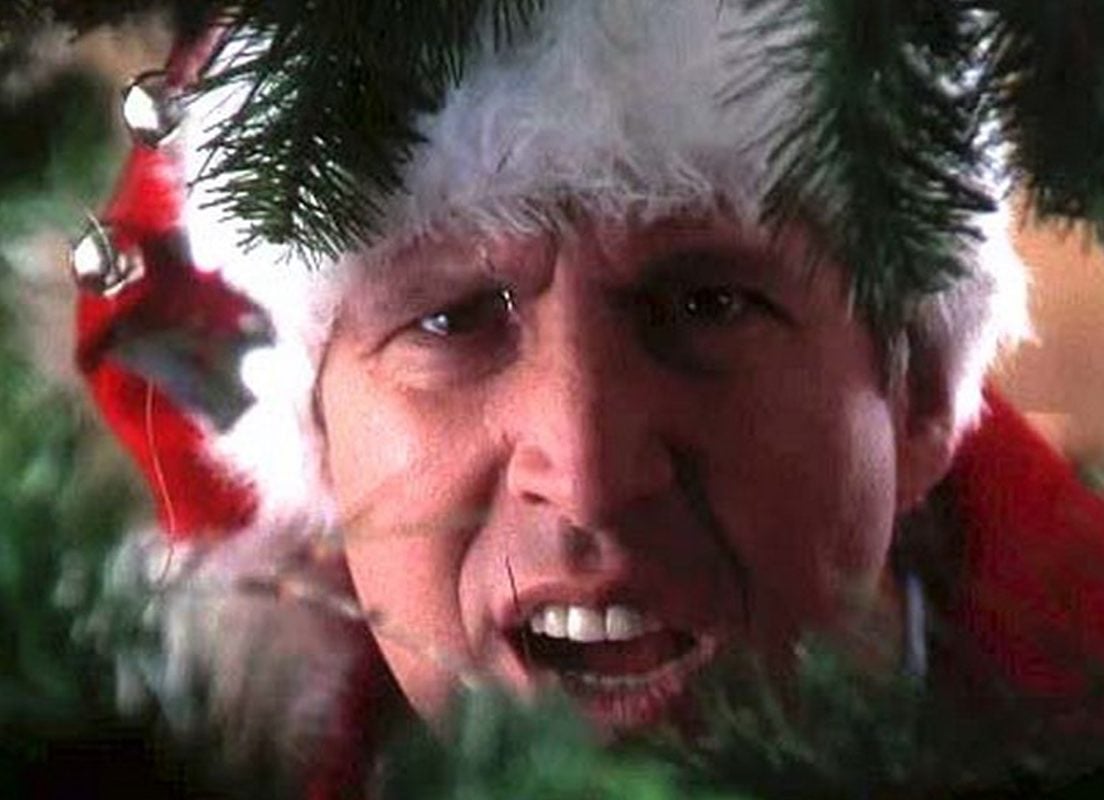 Have you ever been accosted by a group of murderous gremlins in your own home? Us neither. But we’re betting the likelihood of you having been burdened with an influx of elderly visitors and a ‘funny’ uncle (everyone has one) is far higher.

Christmas Vacation is great in part because it’s so relatable. Whether it’s neighbourly disputes, Christmas tree struggles or just plain old poverty, National Lampoon has got you covered. 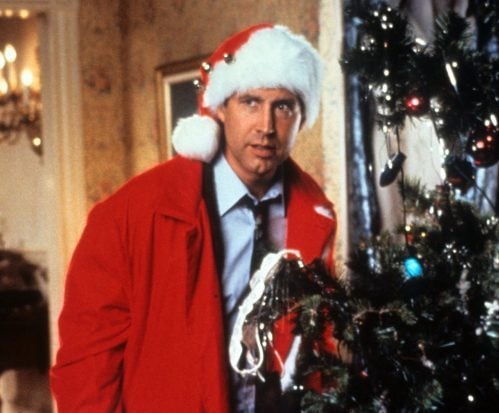 Enough said. Chase’s Clark Griswold is the embodiment of us all at Christmas – desperately hoping for the winter wonderland of our dreams, only to be met with the harsh realities of real life. It’s almost like the universe just doesn’t understand the true meaning of the festive spirit.

As usual, Chase pulls his lines off with impeccable comedic timing. Chase built a career around the National Lampoon franchise, and whilst these days his acting gigs have largely dried up, he truly made the festive season complete for all of us 80s kids.

7. It shows the true meaning of Christmas 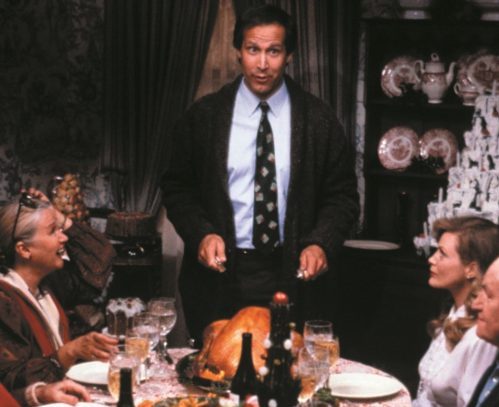 Clark Griswold may have been searching for the perfect family Christmas, but he was certainly no fool. He has the patience of a saint with his manic family, but eventually ‘snaps’, proving that even the least cynical holiday enthusiasts can and will crack under the pressure of providing the children with the ‘perfect’ Christmas.

Whilst other Christmas movies might rely on the audience’s Christmas spirit to carry them through, Christmas Vacation is realistic in its expectations of the festivities.

6. It has an unusual villain 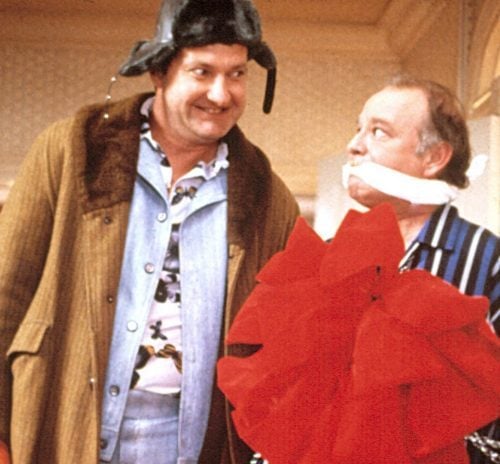 You could argue that the ever arduous Cousin Eddie, or indeed Clark’s cheapskate boss, is Christmas Vacation’s villain. But although these two are indeed flawed, their intentions are largely without malice.

It could be said that the actual villain is in fact Christmas itself. It’s a day built around a religion seldom practiced by the majority, only serving to put strain on families and create an unrealistic sense of merriment, most of which will all come crashing down the minute you check your bank balance. Christmas Vacation boldly makes the festive season itself its antagonist.

5. It was written by John Hughes 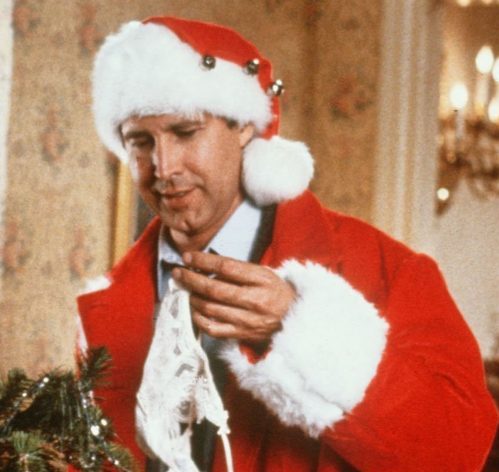 For many of us, Hughes is the voice of the 80s. He’s the man behind classic movies such as Home Alone (and its first two sequels), The Breakfast Club and Planes, Trains and Automobiles. The National Lampoon movies, however, kick-started his career.

1989 was a relatively quiet year for Hughes, consisting of the release of just two films: Uncle Buck and, of course, National Lampoon’s Christmas Vacation. After the flop of National Lampoon’s European Vacation, Hughes came back with a vengeance: the film features a characteristically Hughesian mix of whacky humour and heartfelt drama. 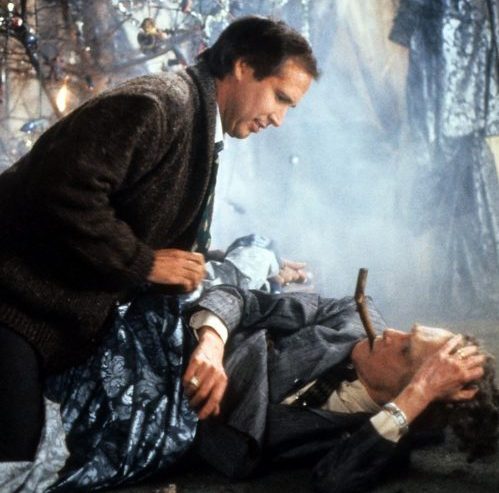 Thanks to John Hughes’ writing, the film features lines which are not only funny, but memorably witty. Chase, for one, delivers the lines in his deadpan style, letting the jokes speak for themselves.

Griswold was also not afraid of a little hyperbole, only adding to the comedic effect: ‘How could things get any worse? Take a look around here, Ellen. We’re at the threshold of hell.’ We’ve all been there at Christmas time. 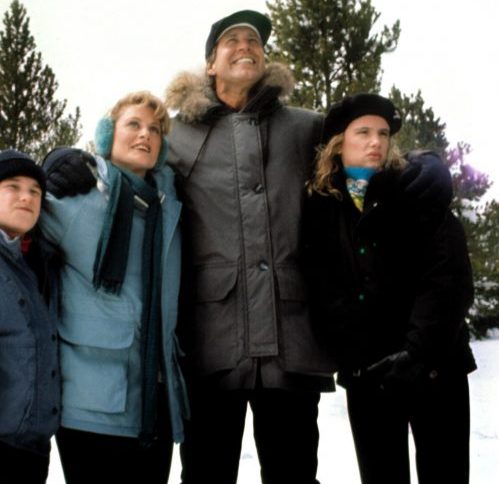 Beginning an incredible run that took her from Cape Fear (1991) to From Dusk till Dawn (1996) via Natural Born Killers (1994) and Strange Days (1995), Juliette Lewis scored her first major supporting role as Audrey Griswold, Clark’s daughter, in Christmas Vacation.

You might have thought her stereotypical teenage attitude would detract from the Christmas spirit, but in fact it only adds to the film’s gritty realism (whilst also being hilarious). Audrey’s unreserved cynicism is the epitome of us all in our teenage years. Lines such as ‘Did you have to sleep with your brother? Do you know how sick and twisted that is, mom?’ only add to her charm.

2. The film coined a popular phrase 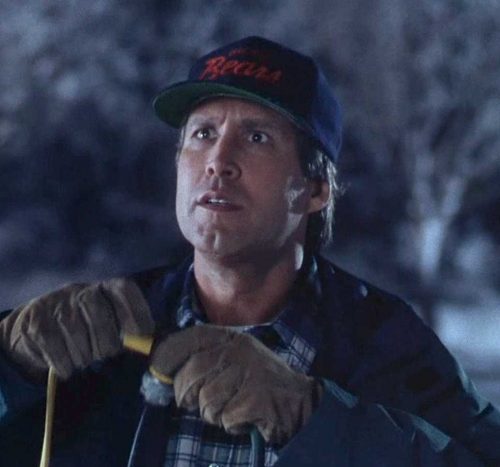 Christmas films come and go, but National Lampoon’s Christmas Vacation truly has stood the test of time. The film made such a cultural imprint, in fact, that it has entered the American vernacular.

The term ‘Griswold house’ is today a phrase used by people across the nation to describe a house that is decorated in a gaudy or tacky manner. Let’s face it, everyone has a Griswold house on their street (and if you don’t, then it’s probably you).

1. It puts us all in the Christmas spirit 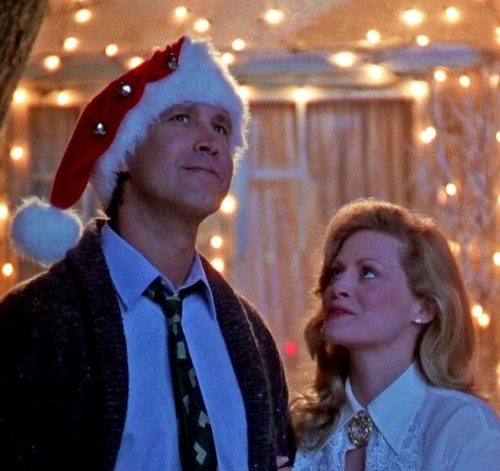 Sure, it might not have the sickly sweet fairy tale ending that we see in many holiday classics, but the Griswolds do eventually learn the true meaning of Christmas in Christmas Vacation.

The Christmas decorations might not have made it past Christmas day, but the family did, and surely that’s all that matters? Santa may not have landed in his magical sleigh, and the Christmas star did in fact turn out to be a sewage plant, but Clark’s dedication to his family is undying.