Children’s ITV had no shortage of memorable classic shows back in the 80s, and some of which were so popular they’re still well known today. However, there are some slightly less well known programmes from Britain’s third TV channel, some of which we’d completely forgotten we even watched until now.

So please join us on a fun, TV themed bus trip to nostalgia land, with the following 15 Children’s ITV shows that only true 80s kids will remember.

15. Jamie and the Magic Torch 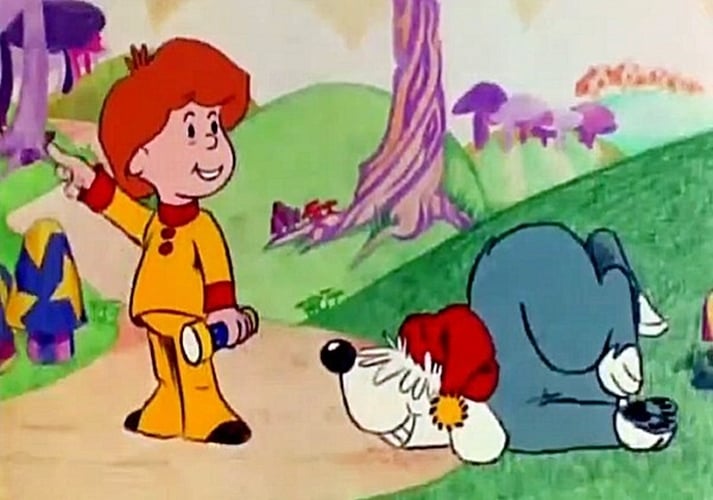 Animated series Jamie and the Magic Torch saw a young boy and his pet dog travelling to a magical place called Cuckoo Land every night at bedtime, with the help of a handy torch and a fun-looking helter-skelter.

It was a bizarre, psychedelic slice of nonsense that was more entertaining than it had any right to be. 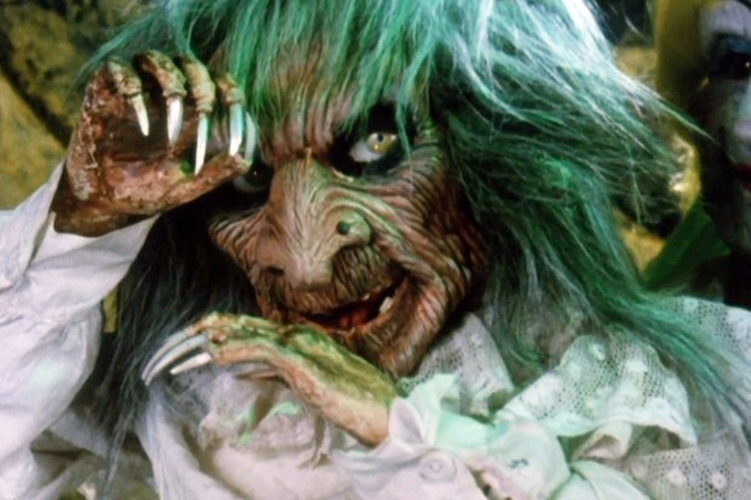 Terrahawks is a classic science fiction series that is best remembered for being the last ever puppet-based TV show created by Gerry Anderson (Thunderbirds, Stingray, Captain Scarlet).

It was a great space adventure show, although as kids it scared the life out of us, mainly thanks to the nightmarish villain Zelda. 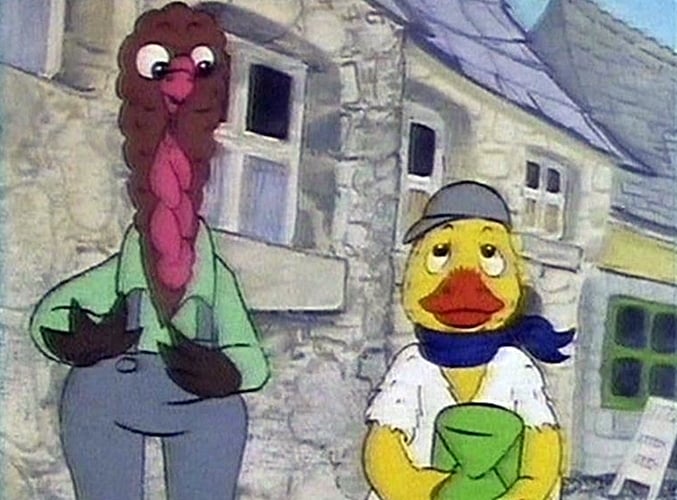 Going by the name Wil Cwac Cwac in the original, Welsh language version of his popular series, this cute little cartoon duck is a TV character that until recently we had completely forgotten even existed.

Featured on weekend morning show the Wide Awake Club, Will always put us off our own breakfast but eating the disgusting-sounding wasp porridge.

12. Chorlton and the Wheelies 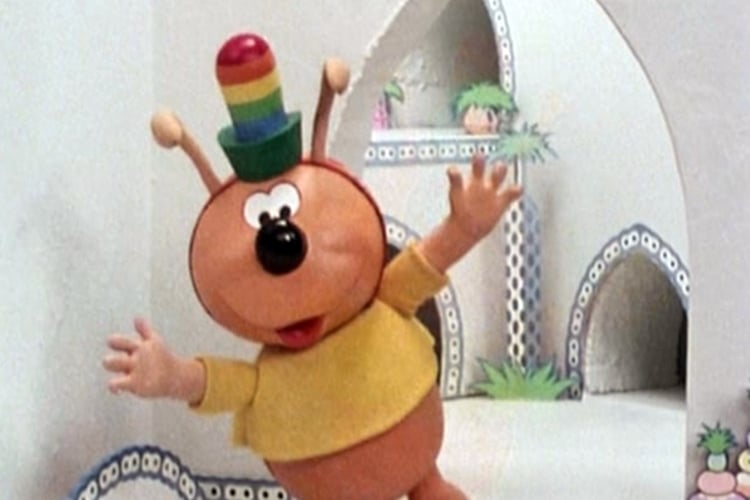 Chorlton and the Wheelies ran for just 40 episodes during the late 1970s and told the story of a clumsy dragon called Chorlton and his colourful friends.

The title character was named after the suburb of Manchester where the animation studio behind the show resided. 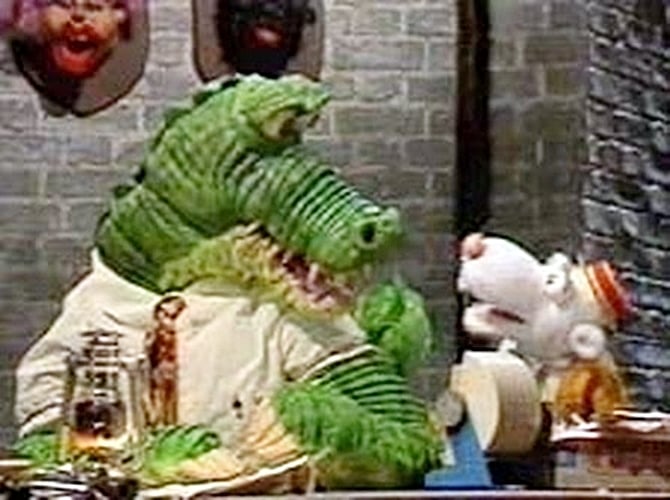 Giving us a surprisingly clever, satirical take on Saturday morning TV shows like Going Live!, Round the Bend featured characters made by the same team that created the puppets for Spitting Image.

Set in a sewer, the ‘Bend’ of the title referred to a U-bend, so as you can imagine there were toilet jokes aplenty.

10. The Adventures of Teddy Ruxpin 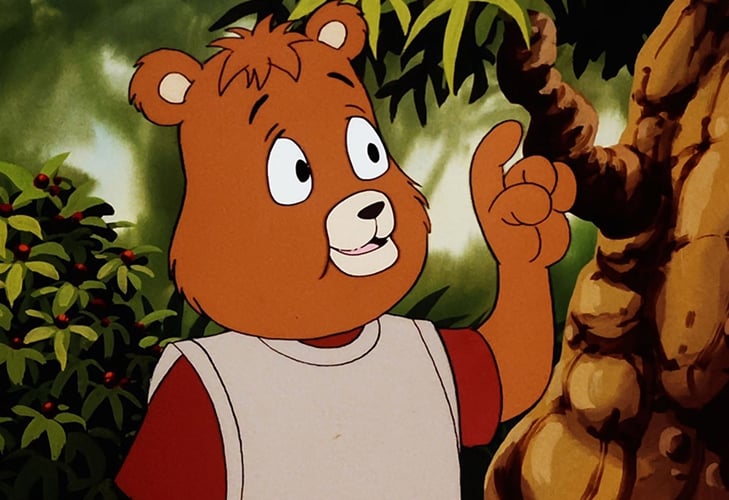 Everyone remembers wanting the talking animatronic teddy bear for Christmas, but not everyone may be aware that Teddy Ruxpin also had his own cartoon.

The Adventures of Teddy Ruxpin used many of the same voice actors that featured on the best-selling toy’s story cassette tapes. 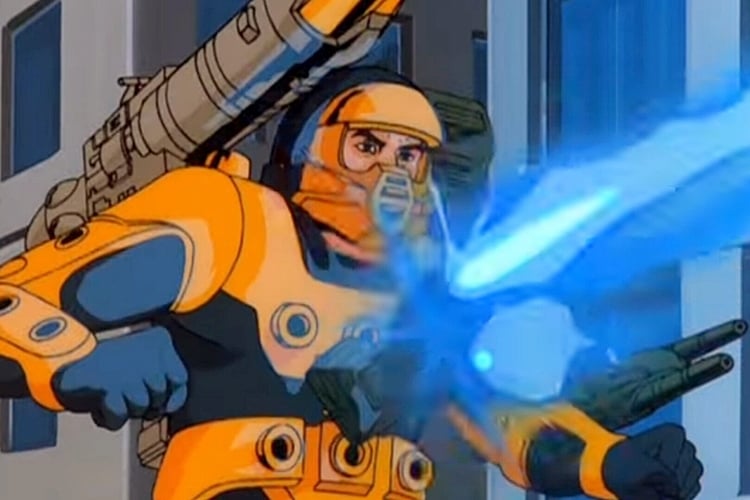 The Centurions may not have been as popular as some of the other action based 80s cartoons we can name, but this show always gave us a great deal of joy.

Centred on a team of super-soldiers defending the world in their special ‘exo-frames,’ The Centurions was basically just a toy commercial, but we weren’t complaining. 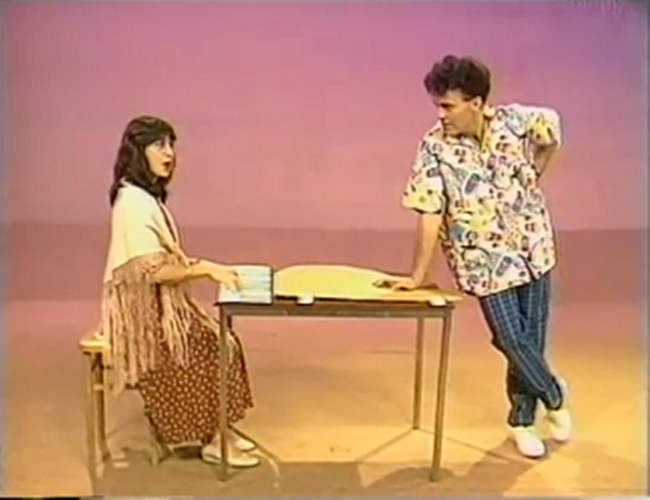 Another show from our childhood we had forgotten we even watched was Let’s Pretend, a sparse, drama-based show that was almost like a child-oriented take on Whose Line Is It Anyway?

The show’s presenters utilised a variety of everyday household objects to rehearse and perform a short play. 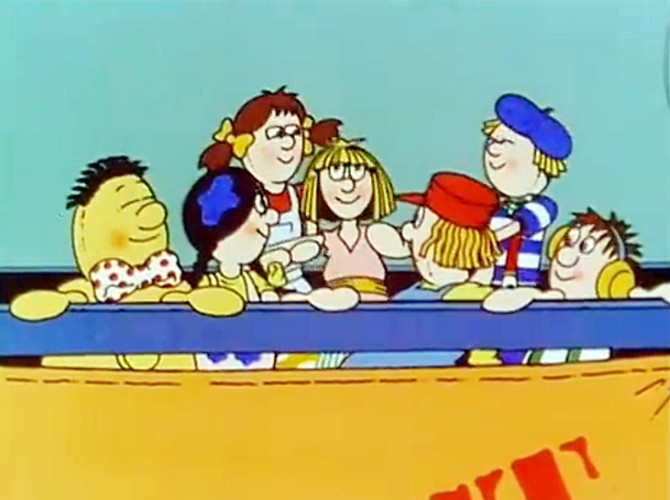 Created to encourage us to have a more positive view of people with disabilities, The Raggy Dolls was written and voiced by comedian and songwriter Neil Innes, best known for his work with Monty Python.

The show also had a catchy theme tune that many of you can probably still remember the words to today. 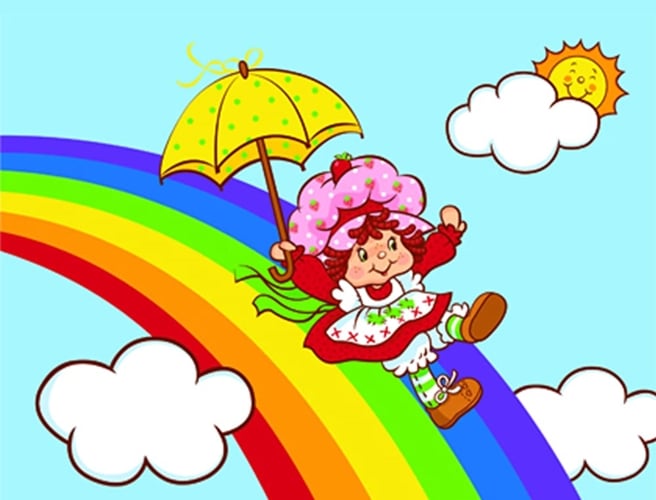 She was originally designed as a character to be used on the front of greetings cards, but the gorgeous Strawberry Shortcake soon found her way into toy form.

As was common for 80s toys, the character as wound up on our TV screens in a number of special one-off episodes. 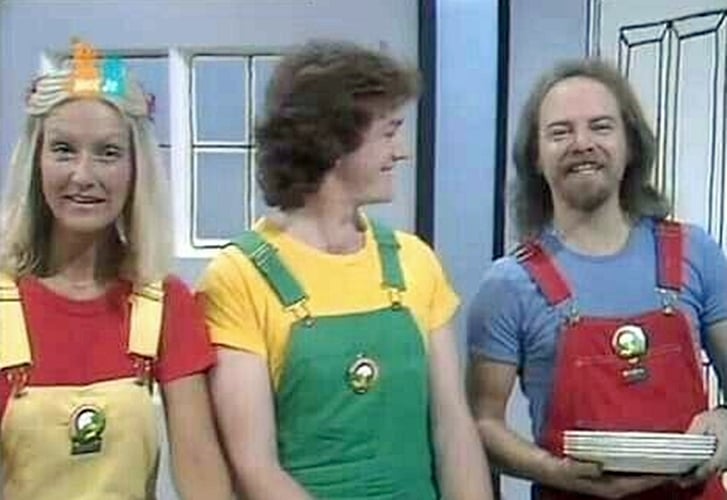 You probably remember this trio for their brilliant song and dance routines, which gave us a break from the madness of Geoffrey, George, Zippy and Bungle on Rainbow.

Such was the popularity of Rod, Jane and Freddy, CITV gave them their very own show, which ran for an amazing 120 episodes. 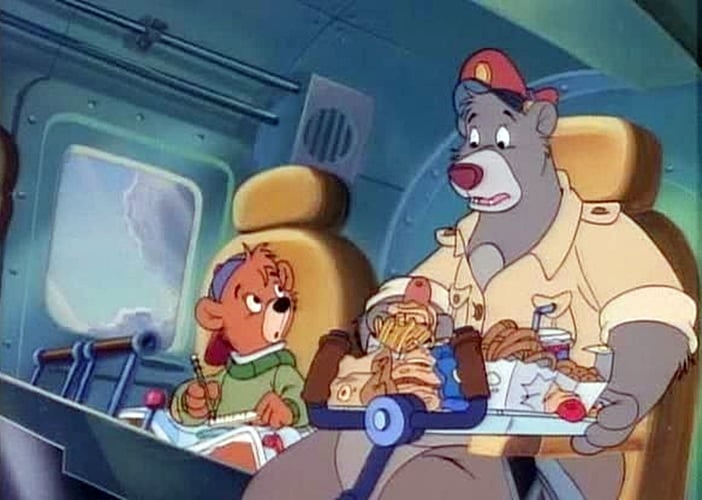 This slightly lesser-known Disney show saw The Jungle Book’s Baloo get into adventures as an air freight pilot. 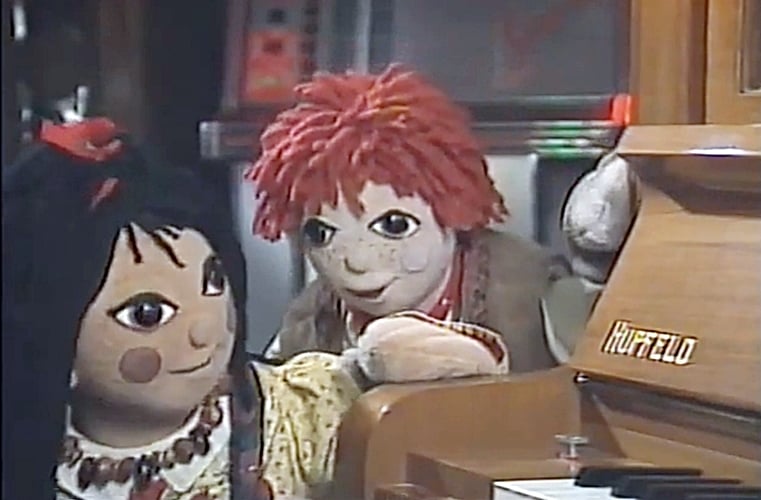 Another largely forgotten but undeniably lovely Children’s ITV show from our childhood was the cutesy puppet show Rosie and Jim.

The show saw the loveable cloth puppets travel around the country on a narrow boat known as The Old Ragdoll.

2. Spider-Man and His Amazing Friends 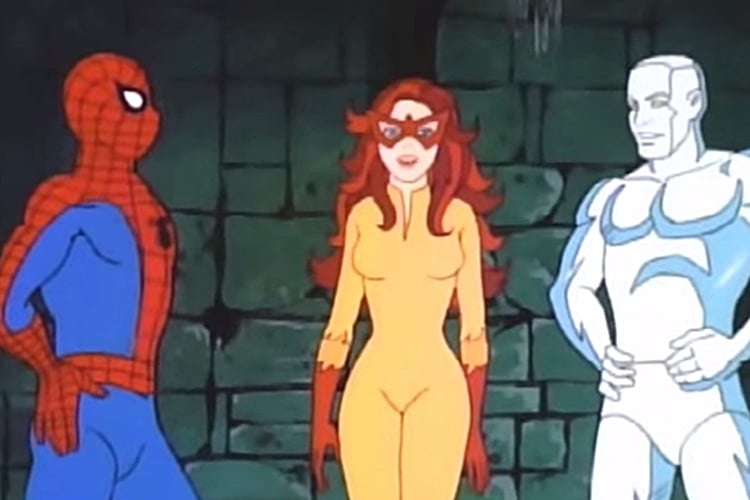 These days children are swamped with all manner of superhero TV shows, but for many of us Spider-Man and His Amazing Friends was our introduction to Marvel’s iconic web-slinging hero.

The two friends with whom Spidey fought crime were Iceman (on loan from the X-Men) and Firestar, an original character created specifically for the show. 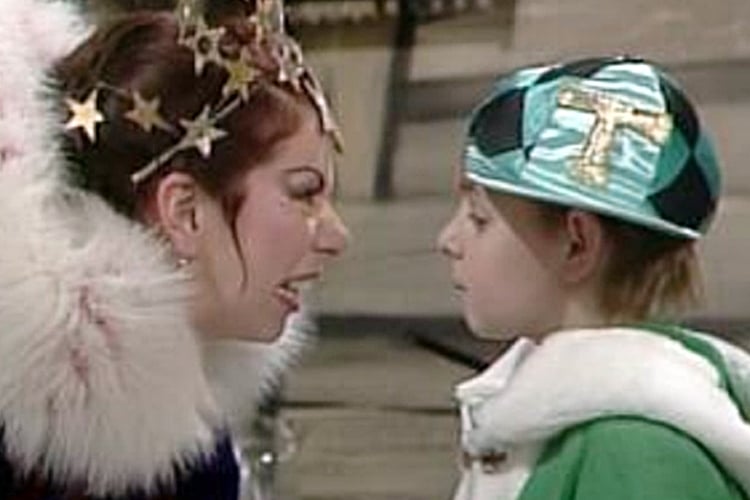 Running for seven years between 1985 and 1992, T-Bag told the story of Thomas Shirt and his best friend Tallulah Bag, who just happened to be a rather incompetent witch.

It’s a weird, cheaply produced show that looks a bit like a panto, but back in the 80s we couldn’t get enough of it.