In the early 90s, Bruno Kirby seemed to have hit the big time. After an early appearance in Oscar-winning classic The Godfather Part II, the New York-born actor rose to prominence in When Harry Met Sally… (1989) and City Slickers (1991), both of which saw him take key supporting roles alongside leading man Billy Crystal.

By all accounts, Kirby and Crystal once enjoyed a close friendship. However, when sequel City Slickers II: The Legend of Curly’s Gold came around, Kirby was the only central cast member not to return.

In the years that followed (before his death in 2006, aged just 57), Kirby’s career mysteriously petered out, with some speculating that a falling out with Crystal not only got Kirby fired from City Slickers II, but saw him blackballed in Hollywood. 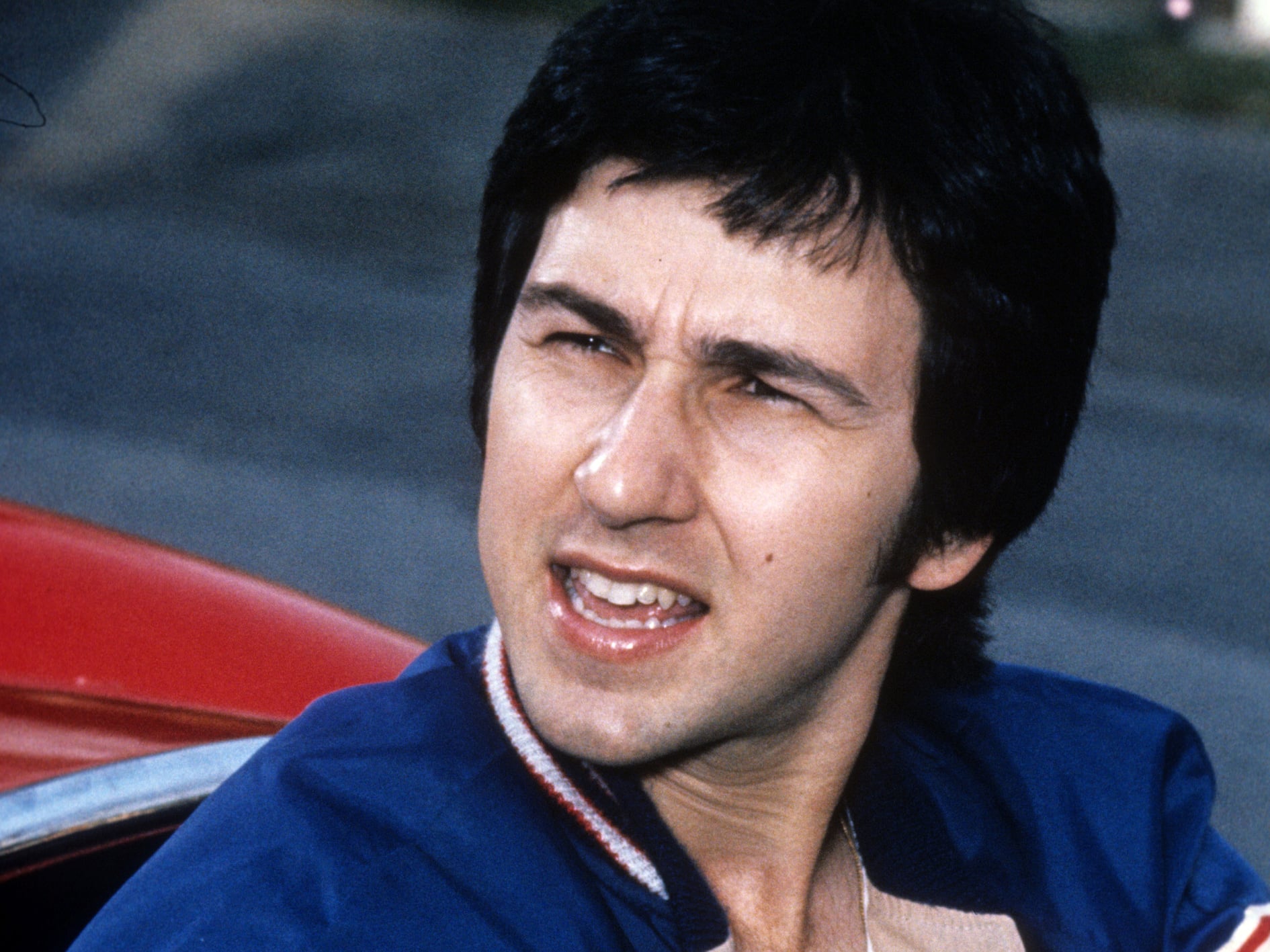 After making a number of film and TV appearances (including a role in the pilot episode of M*A*S*H*), Kirby got a major career boost when, aged 25, he was cast as the young Peter Clemenza in The Godfather Part II. Kirby landed the part after appearing in sitcom The Super as the son of Richard Castellano, the actor who played the elder Clemenza in the original Godfather.

Widely considered one of the greatest films ever made, director Francis Ford Coppola’s sequel earned massive praise and a slew of major awards, including a Best Supporting Actor Oscar for Robert De Niro as the young Vito Corleone, with whom Kirby shared most of his scenes. 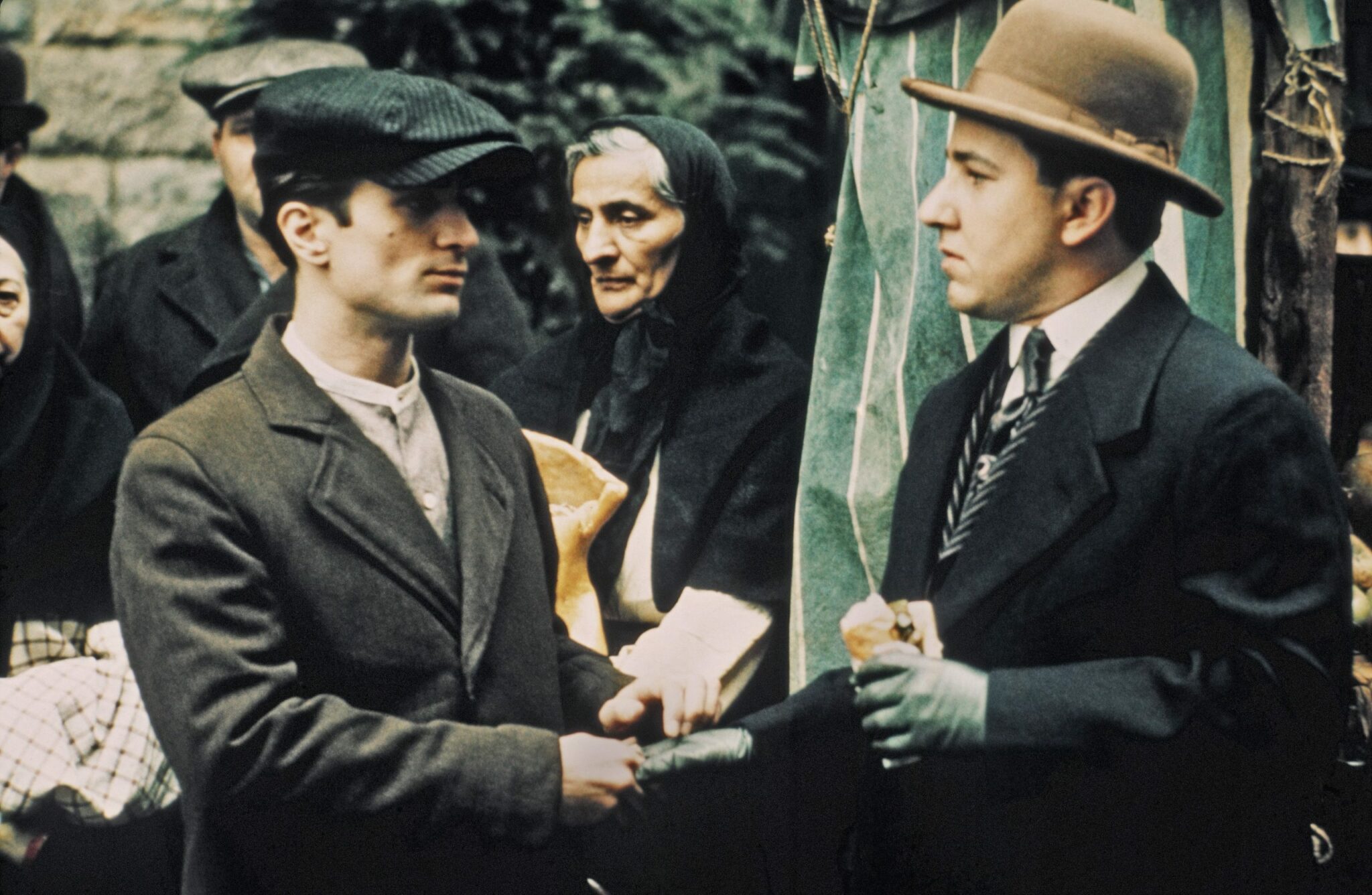 In spite of this major dramatic role, Kirby only worked sporadically in the years that followed, and managed to find most of his roles in comedy, including 1978’s Almost Summer (in which Kirby portrayed a high schooler, despite being 28 at the time), and 1980’s Where the Buffalo Roam (in which he took third billing under Bill Murray and Peter Boyle).

Kirby’s next big break came with another small supporting role, in a comedy now considered one of the best ever: 1984’s ground-breaking ‘mockumentary’ This is Spinal Tap. Famously, director Rob Reiner’s film about a fictitious British rock band was almost entirely ad-libbed, including Kirby’s role as Tommy Pischedda, a limo driver obsessed with Frank Sinatra.

With the heavily improvised comedy cut down from four-and-a-half hours to 82 minutes for theatrical release, much of Kirby’s contribution was lost, as was that of another lesser-known actor in a cameo as a mime artist: Billy Crystal. One cut scene sees Kirby and Crystal’s characters in a confrontation, and in what may have been the two actors’ first meeting, their chemistry is immediately apparent. 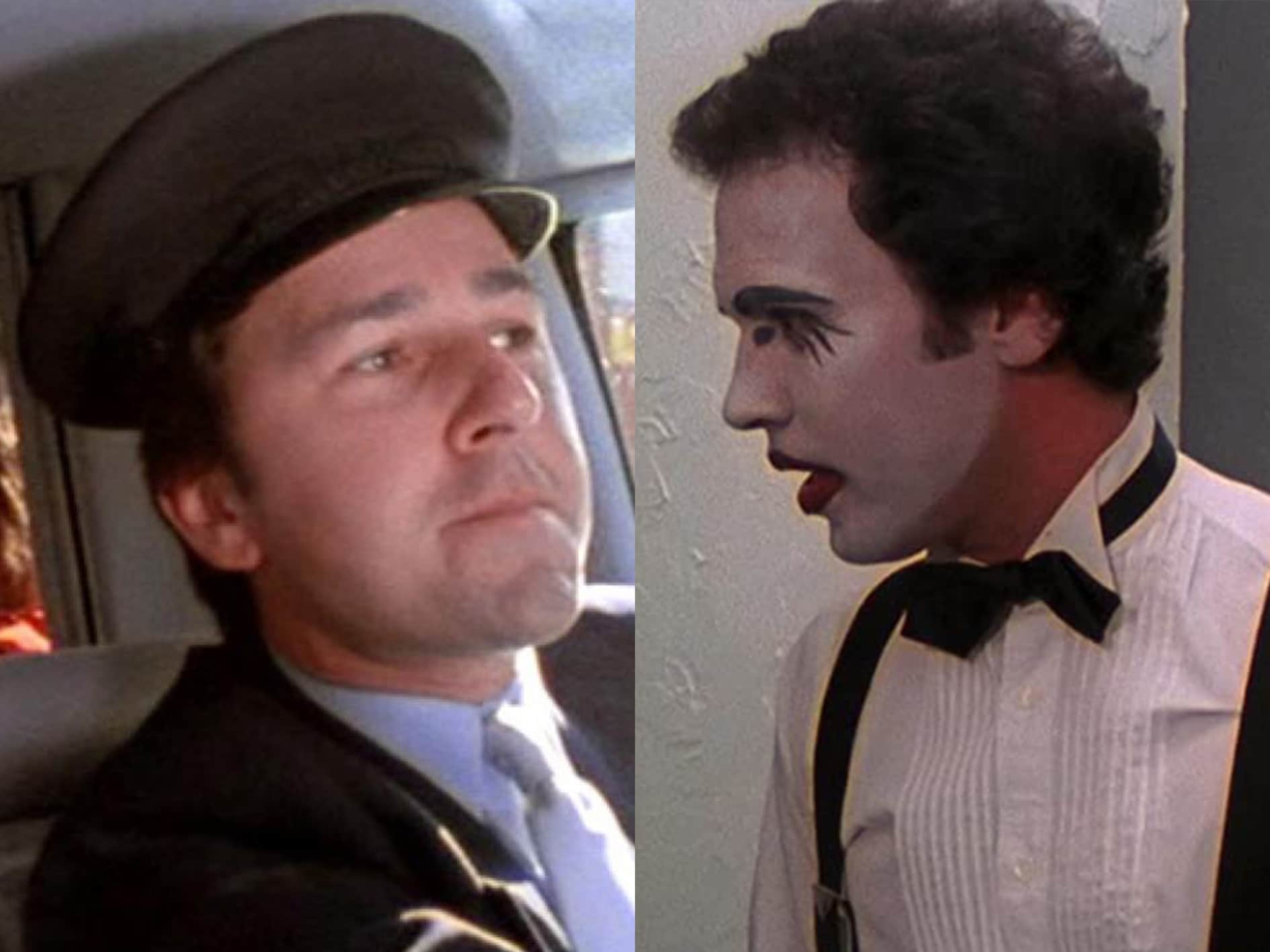 Much like Bruno Kirby (and Rob Reiner), Billy Crystal had enjoyed his first success on 70s television, in his case on sitcom Soap. The 80s saw Crystal break through in film with lead roles in Running Scared and Throw Momma from the Train, and he also won over audiences in a big way when he reunited with Reiner for a scene-stealing (or possibly even film-stealing) cameo in 1987’s The Princess Bride.

Crystal would be directed by Reiner a third time with 1989’s When Harry Met Sally…, a romantic comedy that cast him alongside Meg Ryan in the title roles. To play Harry’s best buddy Jess, Reiner cast Bruno Kirby, with the relationship between Crystal and Kirby arguably just as key to the film’s success as Crystal’s chemistry with Ryan. 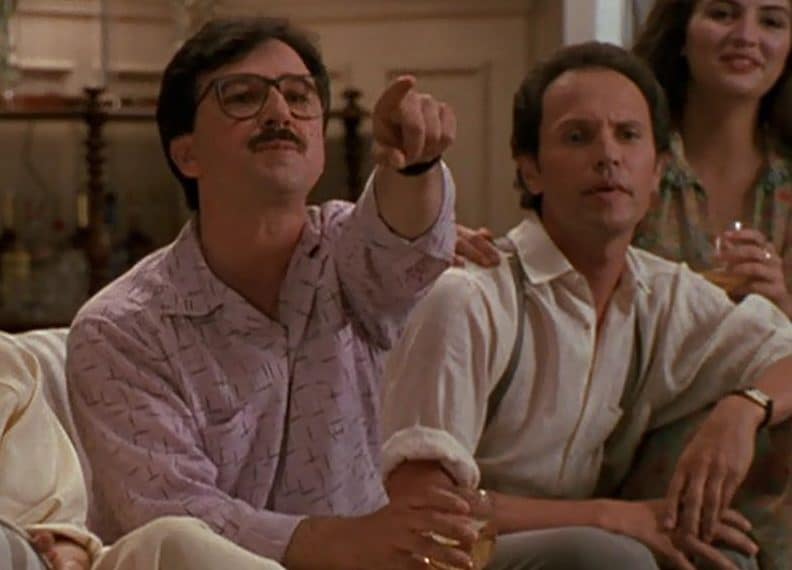 When Kirby passed in 2006, Reiner reflected that the interplay between Kirby and Crystal in When Harry Met Sally… was a “natural extension in what was happening in our real lives. We all hung out together and were friends, so the character [Kirby] played was close to how he and Billy really were.” NPR notes that Kirby, Crystal, Reiner and director Barry Levinson were at the time a tight social group who played on a basketball team together.

Kirby had begun to enjoy some career success without Crystal (notably with supporting roles in Levinson’s films Good Morning, Vietnam and Tin Men), but it was apparent that he and Crystal had a special bond, both on-screen and off. This led to Kirby once again taking the role of Crystal’s best friend in 1991’s City Slickers, with Daniel Stern completing the core trio as three middle-aged friends who go back to nature on a cattle drive.

While largely a culture-clash comedy hinging on the inability of modern metropolitan men to get by as cowboys, City Slickers is also a character-based drama driven by the relationship between the three leads. The film proved a big critical and commercial hit, such a success that the same core team reunited for 1994’s City Slickers II: The Legend of Curly’s Gold – only with Kirby’s Ed written out, replaced by Jon Lovitz as the brother of Crystal’s Mitch. 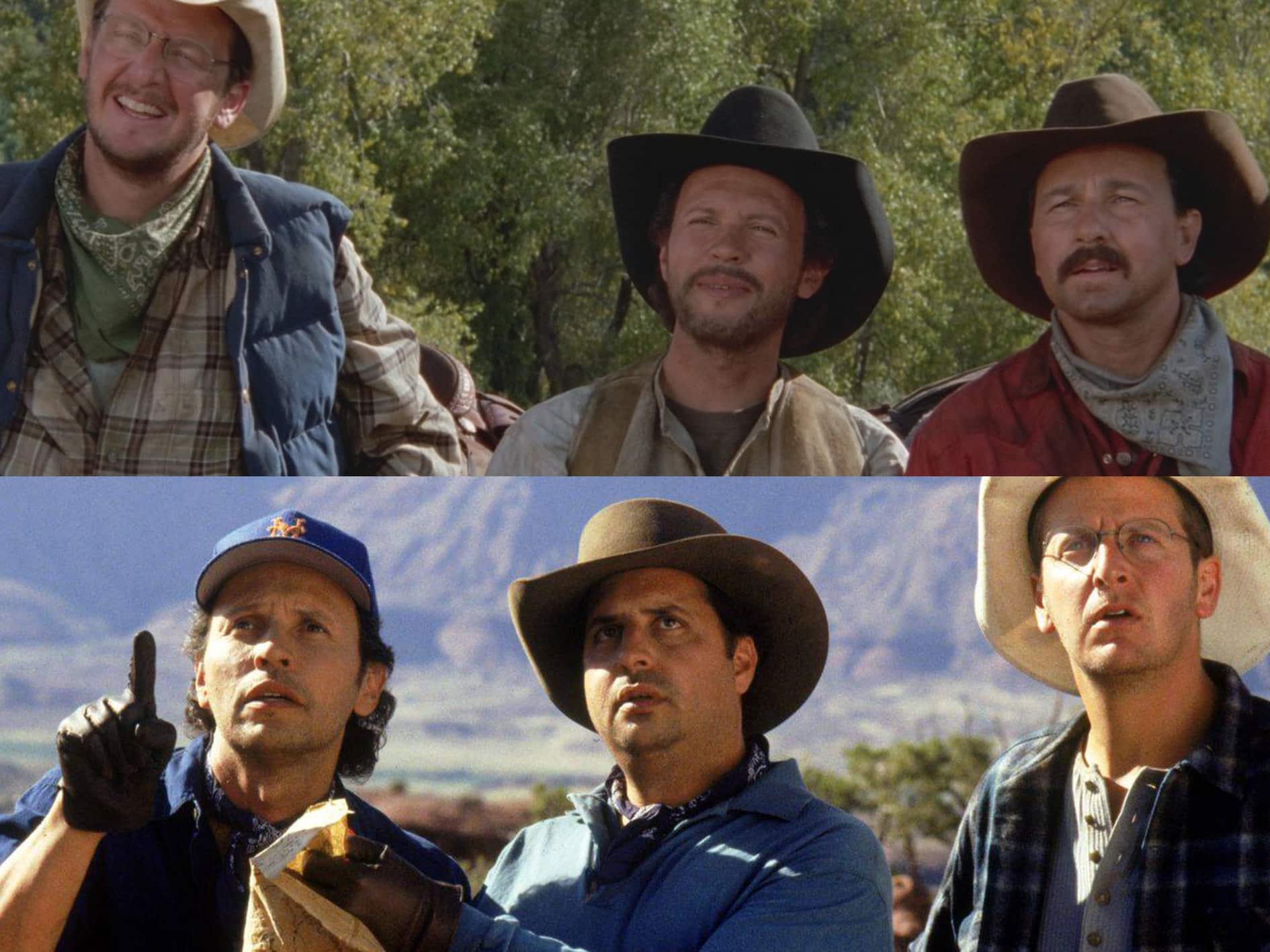 It has been reported that Kirby opted out of City Slickers II because of an allergy to horses, and while it’s true that Kirby was allergic, as the actor admitted in a 1991 interview, that he got through the first film’s shoot with “a lot of shots, a lot of pills, and a lot of air purifiers” raises questions as to why he couldn’t do that again for the sequel.

Some have suggested that Kirby declined to do City Slickers II because of misgivings over the script, while one commentator, The Ringer founder Bill Simmons, suggests that ‘money/credit for the sequel’ may have contributed to Kirby and Crystal falling out. 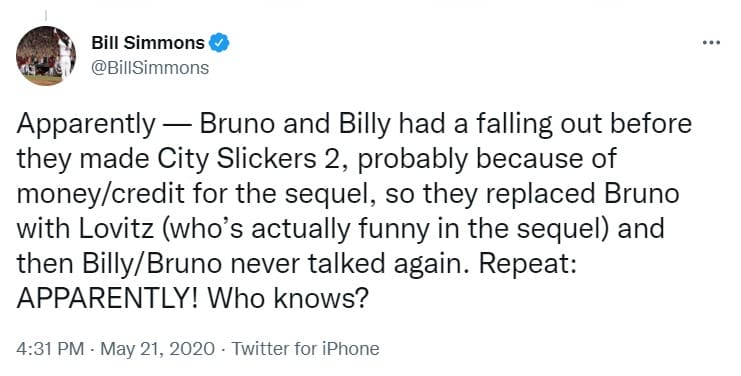 Kirby’s absence from City Slickers II remains something of a mystery. What we do know is that the original City Slickers wasn’t just the most successful film comedy role Kirby ever took, it also proved to be his last (a voice acting role in 1999’s Stuart Little notwithstanding).

Aside from a juicy supporting role in 1997 mafia drama Donnie Brasco, Kirby didn’t really have any more hits, some suspect because Crystal had turned Hollywood against him. Not all commentators agree; after all, beyond the Analyze This and Monsters, Inc. movies, Crystal hasn’t had many hits himself since the 90s.

It may simply be, as Jeffrey Wells argues, that “when the word goes out on an actor or actress that he/she is bad news and/or more trouble than he/she is worth or has made an enemy of a very important person, etc., people pick up on this and they tend to steer away from him/her.” 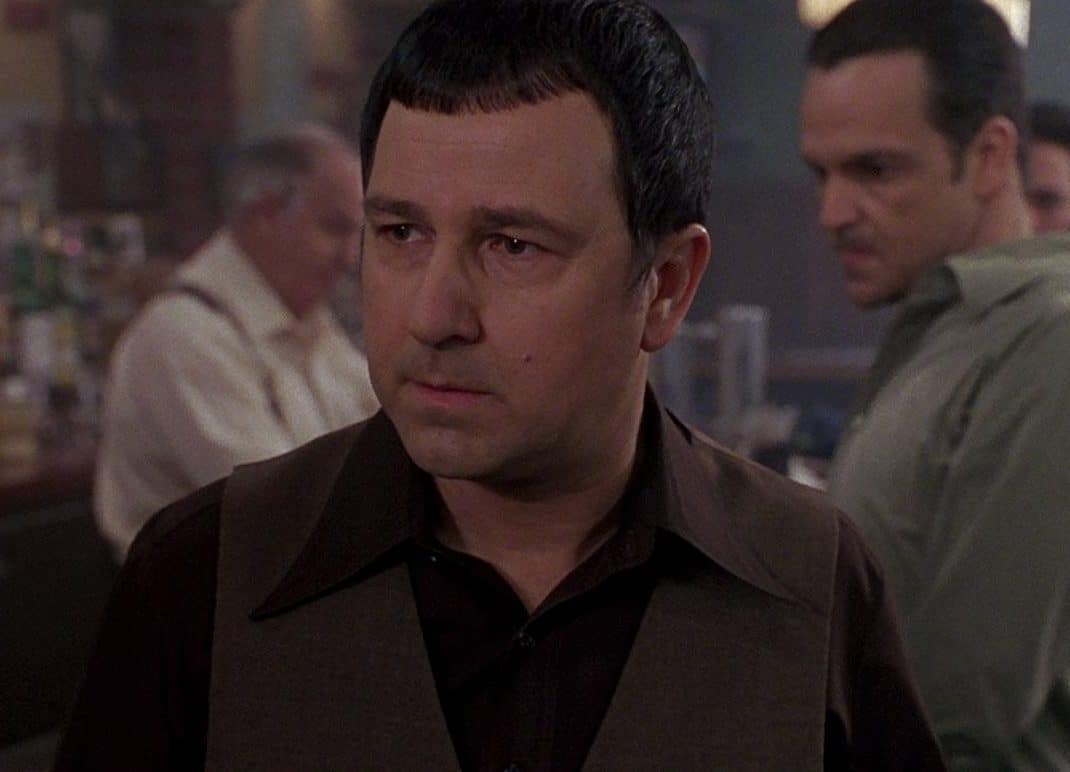 Crystal was asked about his falling out with Kirby during promotion for his 2001 comedy America’s Sweethearts. Asked by USA Today whether he and Kirby were still friends, Crystal remarked, “I think we are. I haven’t seen him or spoken to him in a long time.”

Crystal then proceeded to gently berate the reporter for asking “something personal” that was not related to the film they were there to promote. Once again, some commentators have taken Crystal’s awkward reaction to indicate that this is indeed a touchy subject for him. 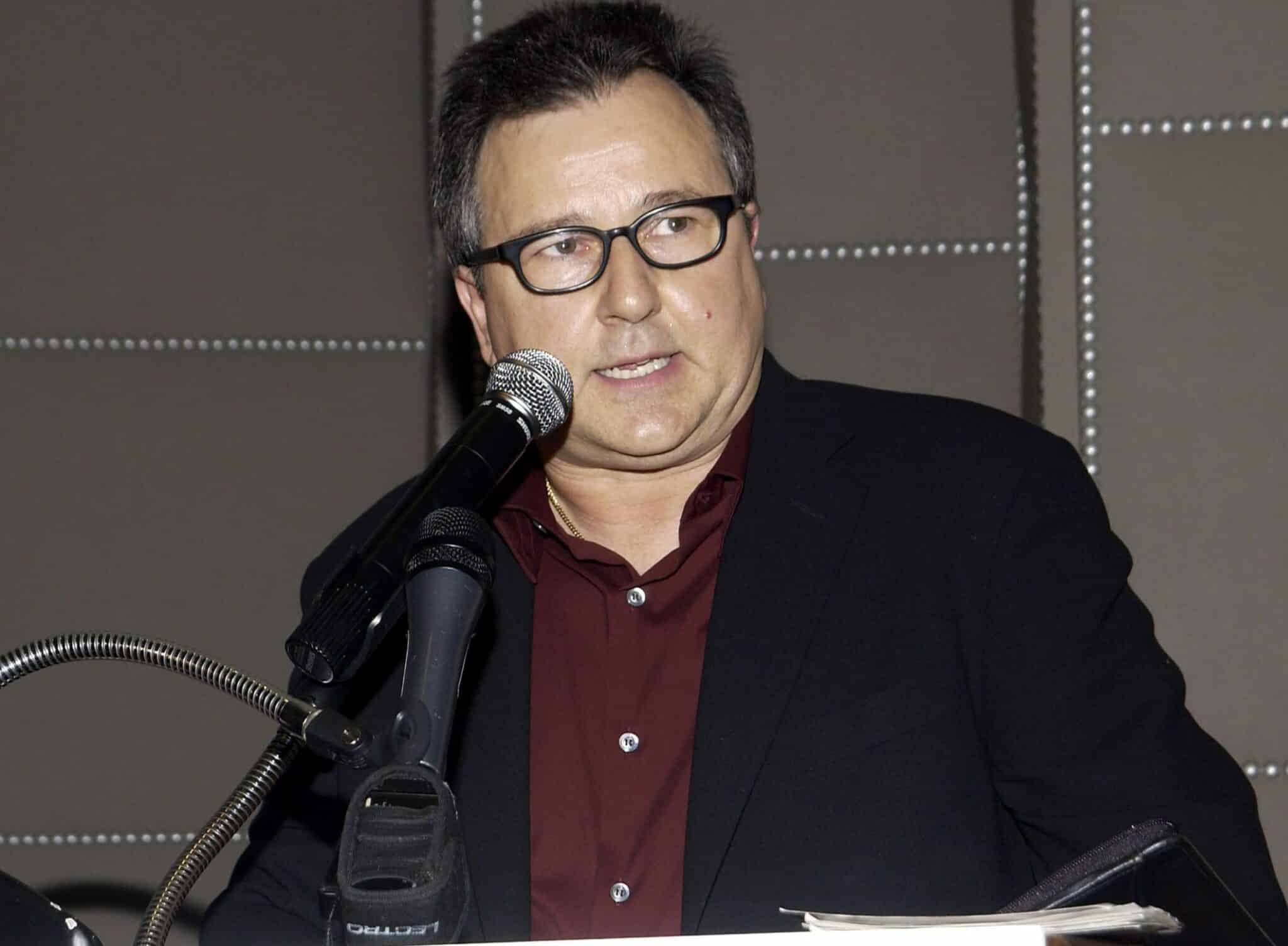 Kirby was diagnosed with leukemia not long before he died from complications related to the disease, on August 14, 2006. His widow Lynn Sellers stated at the time, “Bruno’s spirit will continue to live on not only in his rich body of film and television work but also through the lives of individuals he has touched throughout his life.”

Billy Crystal has continued to work steadily. His only comment following Kirby’s passing was to call it “a terrible loss.”