The Story Of Billy Bob And Angelina’s Blood Necklaces

When Angelina Jolie and Billy Bob Thornton became an item in 2000, media interest was immense. Not only was Jolie considerably younger than the already four-time divorcee Thornton, there were also all manner of stories circulating about the couple, with suggestions that their passionate romance went to bizarre extremes.

Perhaps most notoriously, word got around that Angelina and Billy Bob had taken to wearing necklaces which contained samples of one another’s blood. The sinister overtones only further intensified the tabloid fascination with the whirlwind romance – a fascination that would not go away when the relationship crashed and burned within two years. 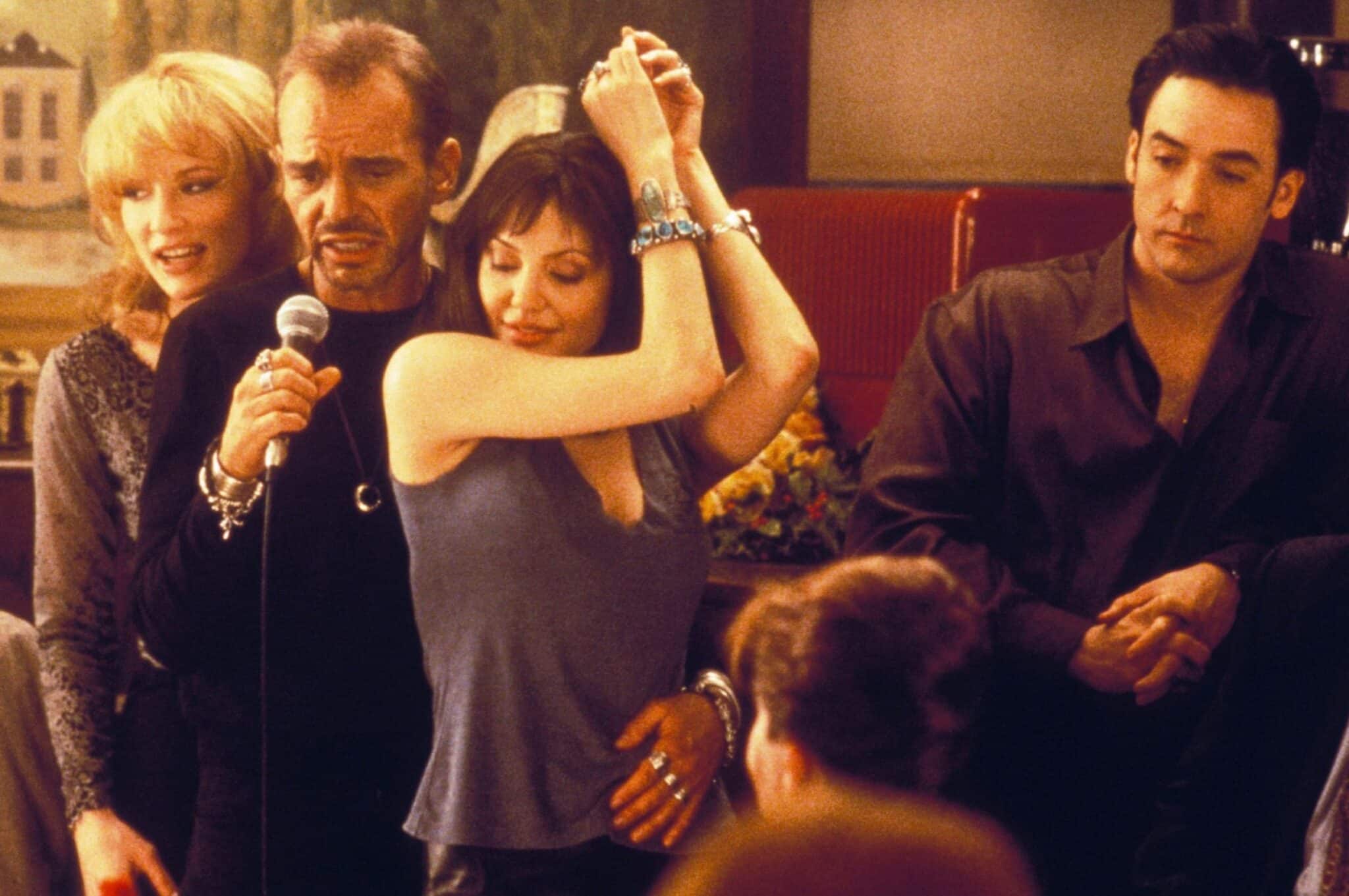 It’s likely that 1999’s Pushing Tin would be forgotten today were it not for the fact that that film’s set was where Billy Bob Thornton and Angelina Jolie met. The actors were cast as a married couple alongside John Cusack and Cate Blanchett. But while things remained strictly business off-camera between Cusack and Blanchett, the dynamic of Thornton and Jolie’s characters would appear to have rubbed off on the actors.

This was not the first time Jolie had found romance on a film set. She co-starred with Johnny Lee Miller on 1995’s Hackers, and they were married soon thereafter. As neither Jolie nor Miller were particularly big stars at the time, their marriage didn’t attract quite so much press attention as some celebrity courtships. However, Jolie’s knack for providing sensational soundbites soon attracted the attention of gossip columnists. 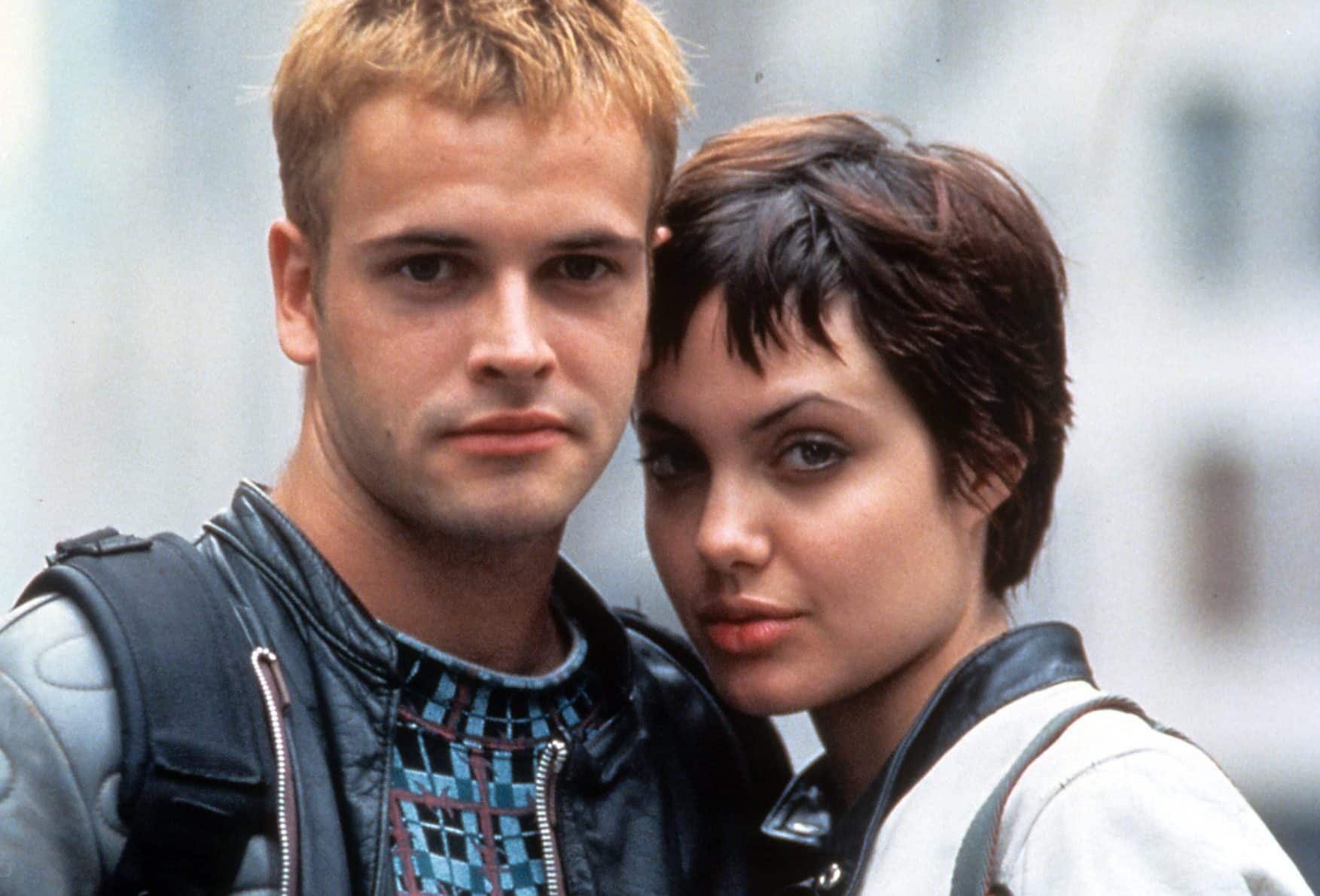 Jolie reflected on one early relationship: “I had started having sex with my boyfriend and the sex and the emotions didn’t feel enough.I was no longer a little girl. In a moment of wanting to feel closer to my boyfriend I grabbed a knife and cut him. He cut me back. We had an exchange of something and we were covered in blood, my heart was racing.”

At Jolie’s wedding to Miller, she wore a white shirt on which she had written Miller’s name – in her own blood. The marriage ended after 18 months, although they did not legally divorce until 2000. Afterwards, Jolie dated actor Timothy Hutton, as well as her Foxfire co-star Jenny Shimuzu, which also attracted press attention at a time when same-sex relationships were less widely accepted.

On meeting Jolie, Thornton was 44 (her senior by two decades) and had already been through failed marriages with Melissa Lee Gatlin, Toni Lawrence, Cynda Williams and Pietra Dawn Cherniak; he had also fathered daughter Amanda with Gatlin, and sons Harry James and William with Cherniak.

In 1997, Thornton began dating actress Laura Dern. The couple were said to be engaged when Thornton met Jolie on the set of Pushing Tin, and their relationship came to an abrupt end. Dern said in 2000, “I left our home to work on a movie, and while I was away, my boyfriend got married, and I’ve never heard from him again. It’s like a sudden death. For no one has there been any closure or clarity.” 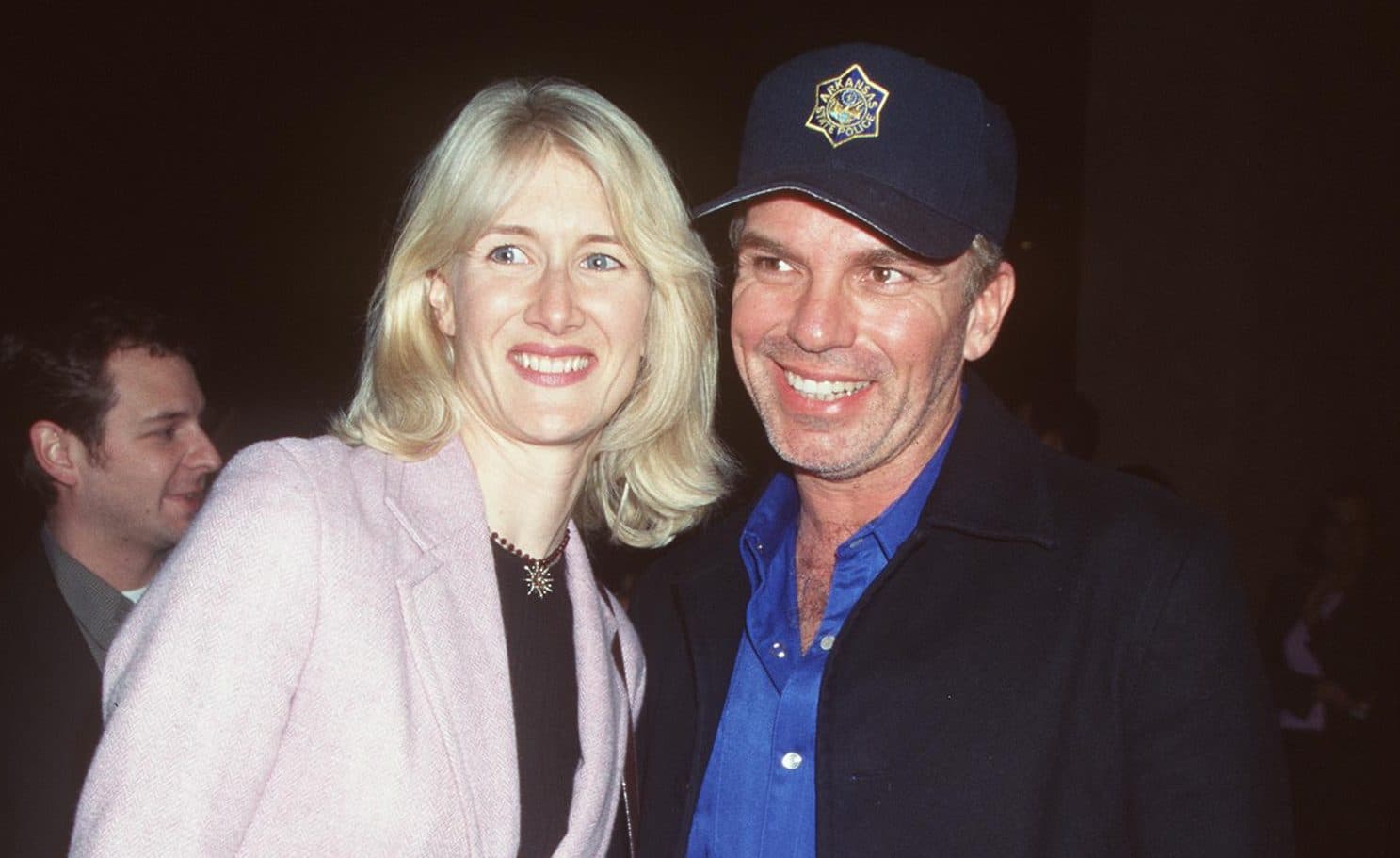 “We’ll keep getting married at least once a year”

Thornton and Jolie tied the knot in 2000, adhering to celebrity tradition with a quickie ceremony in Vegas; months later they renewed their vows at home in Hollywood. Though he was already a four-time divorcee, Thornton stated, “This time’s the only time. I have never truly been married to anyone before,” whilst also declaring, “We’ll keep getting married… at least once a year.”

It’s little wonder that the press was all over Jolie and Thornton’s relationship. It came in the wake of Jolie’s Best Supporting Actress Oscar win for Girl, Interrupted. At the March 2000 Academy Awards ceremony, the actress raised eyebrows by attending with her brother James Haven, who she embraced and kissed before heading to the stage and declaring in her acceptance speech, “I am so in love with my brother right now.”

Jolie quickly gained a reputation for never having her guard up, and neither she nor Thornton were any less guarded when it came to their romance. Public displays of affection between the two were commonplace, and in interviews they seemed to delight in hinting at a vigorous love life. On one occasion, Thornton told a journalist that, immediately prior to their interview, he and Jolie had had sex in their limo. It was also rumoured that the couple’s Hollywood home included a well-used dungeon. 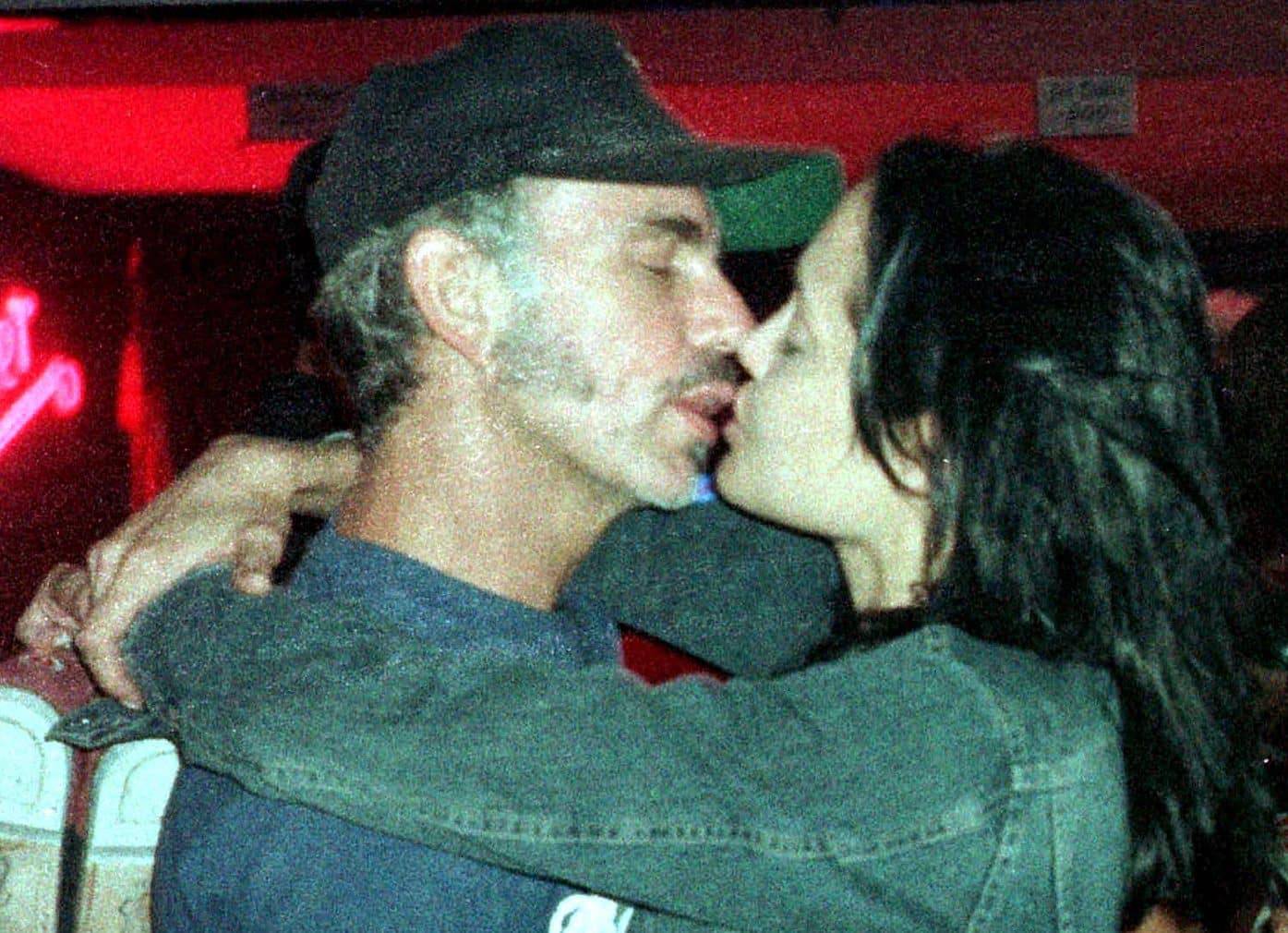 Hand-in-hand with these extreme emotional highs were also alarming lows. Jolie once claimed that, prior to her marrying Thornton, depression almost drove her to a shocking decision: having herself assassinated. ”This is going to sound insane but there was a time I was going to hire somebody to kill me… The person spoke very sweetly to me, he made me think about it for a month. And after a month other things changed in my life and I was surviving again.”

Thornton, too, had a knack for raising eyebrows. Interviews with the actor and filmmaker made a reference to his slew of unconventional phobias, most notoriously an aversion to antique furniture. Thornton also had a tendency to claim in interviews that he was Benjamin Franklin, leading many to believe he actually considered himself the reincarnation of the US founding father.

And then, there was the blood. For a time, no article about Jolie and Thornton failed to mention that the couple had taken to wearing matching necklaces which contained one another’s blood. The matching pieces of jewellery were often on show at red carpet events, and the couple made no secret of their contents. While some might interpret this as strange but romantic, others considered it to be more sinister. 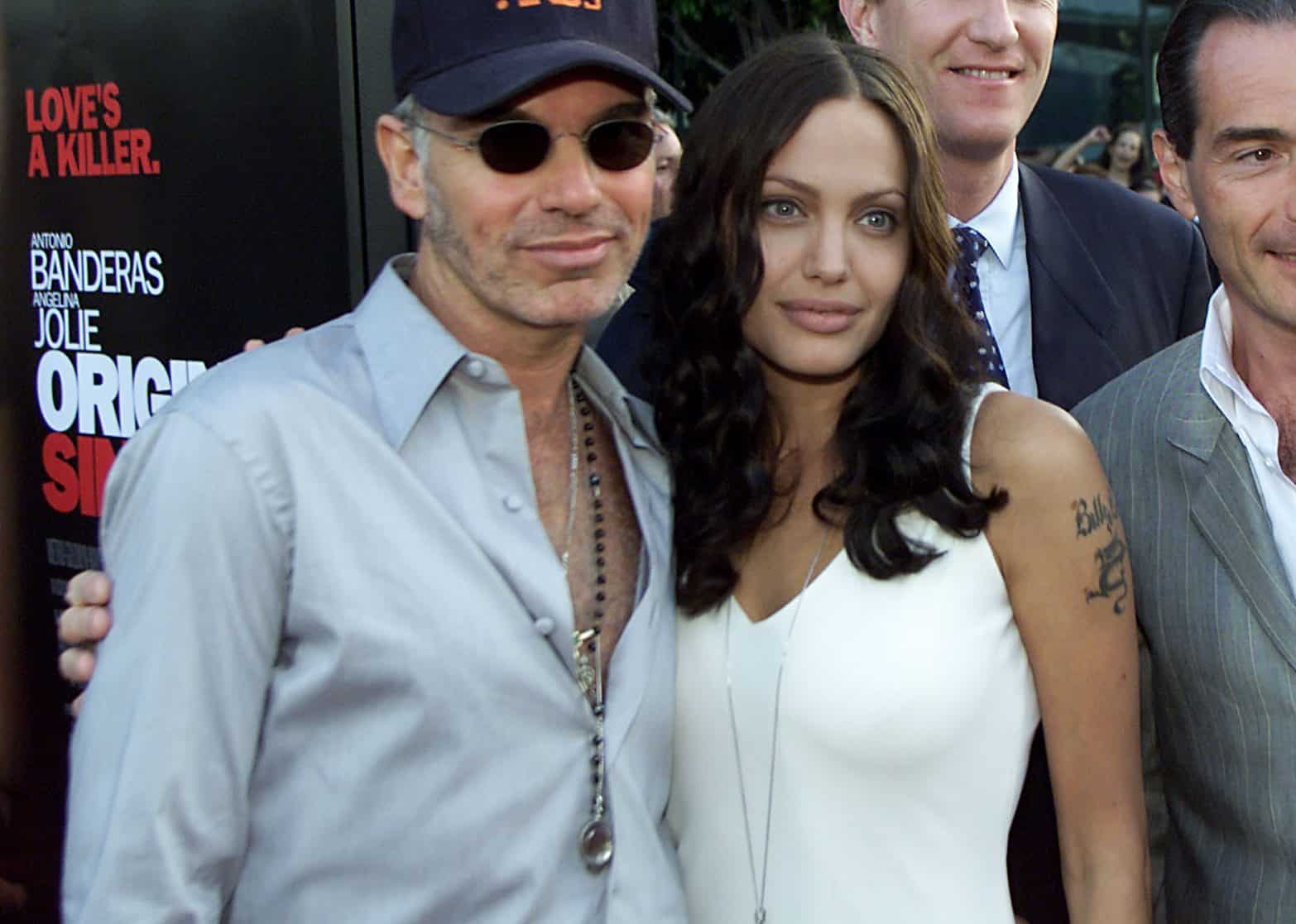 “We smeared a little blood on these lockets”

Antonio Banderas, Jolie’s co-star in the 2000 film Original Sin, admitting finding Thornton and Jolie’s blood necklaces “pretty scary,” adding that it “sounds like a Catholic ritual.” The fact that Thornton “almost choked to death” on his necklace whilst wearing it to bed probably didn’t do much to deter from these creepy connotations. Jolie also confirmed that the couple wrote a pact, again in blood, “signing their lives away” to one another; this was even legally notarised.

In 2014, more than a decade after the relationship ended, Thornton clarified things regarding the notorious necklaces: “Angie came home one day with a kit she bought which is a… You know those lockets you buy that are clear and you put a picture of your grannie in it or something like that and wear it around your neck? That’s what it was. She bought two of those.

“We were apart a lot because she’s off making Tomb Raider and I’m making Monster’s Ball. We were on opposite ends, we see each other for two weeks and whatever. She thought it would be interesting and romantic if we took a little razorblade and sliced our fingers, smeared a little blood on these lockets and you wear it around your neck just like you wear your son or daughter’s baby hair in one. Same thing.” 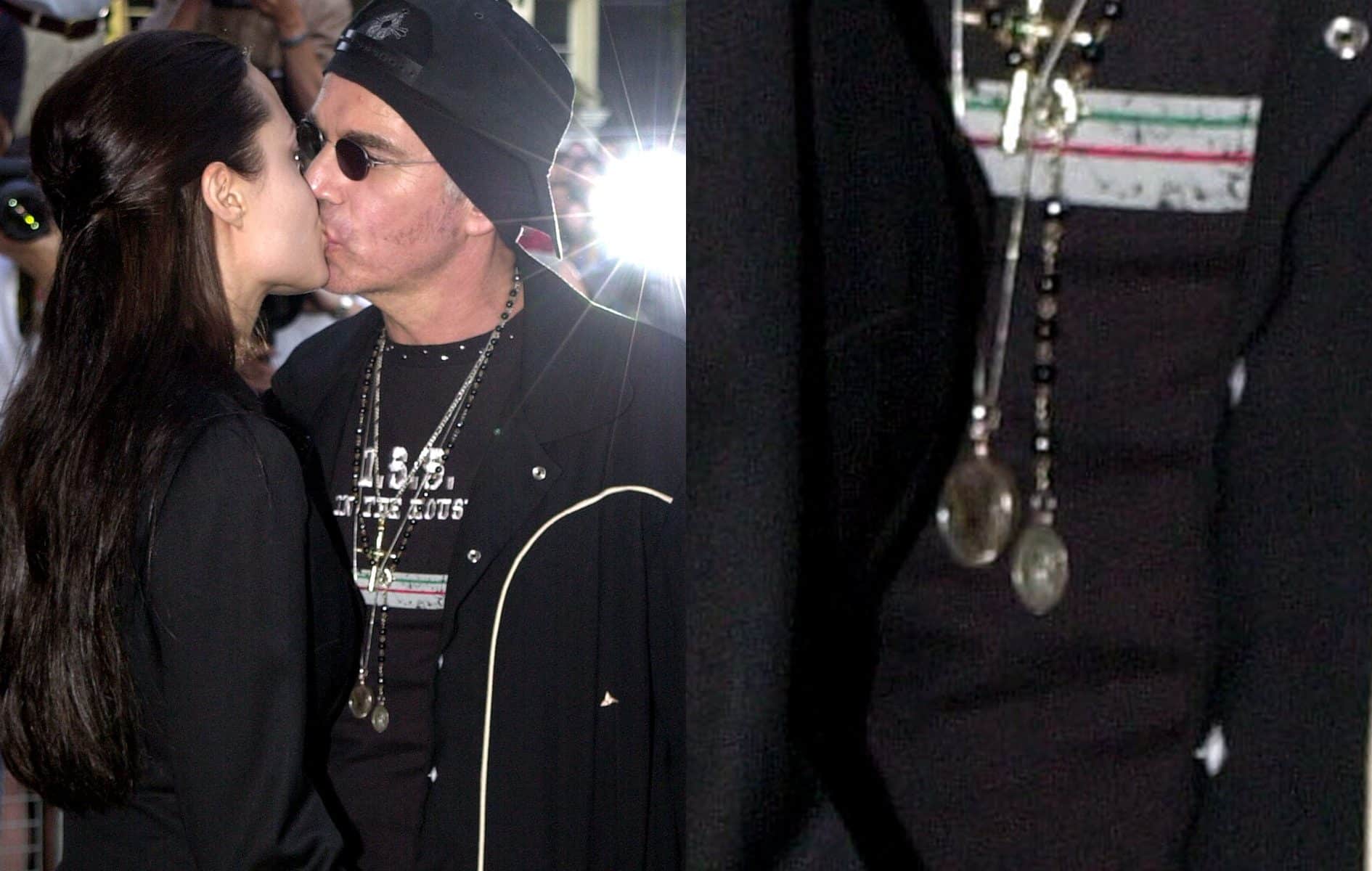 Jolie had also explained as much in a 2008 interview: “It was like a flower press. It was like from a slight cut on your finger and you press your fingerprint in.” The actress remarked that she considered it “kind of a sweet gesture.”

“From that,” Thornton bemoaned, journalists claimed “we were wearing quart jars of blood around our necks. And we were vampires and we lived in a dungeon.” The alleged dungeon, he revealed, was simply a recording studio he’d set up in their basement. (Thornton also explained his bizarre claim of being Benjamin Franklin was simply a tactic he would use when a journalist asked questions he didn’t like; he would take a similar approach in an infamous 2009 radio interview when promoting his band The Boxmasters.)

Not long after Jolie shot scenes in Cambodia for 2001’s Lara Croft: Tomb Raider, she returned to the Southeast Asian country with Thornton to apply to adopt their first child, Maddox. In the end, Jolie alone would sign the adoption papers as a single parent; she and Thornton parted ways in June 2002, and would finalise their divorce the next year. 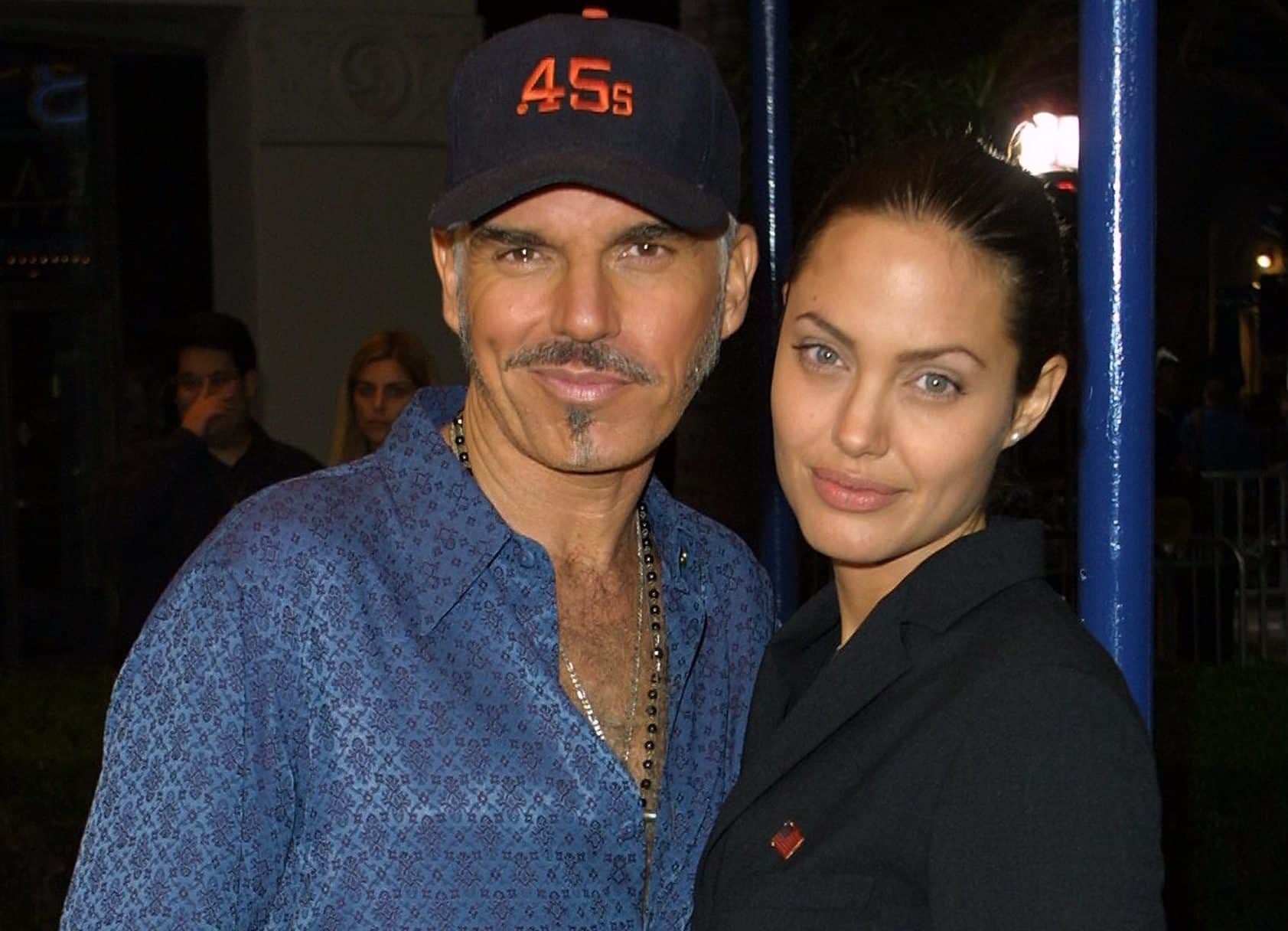 “I still love him dearly”

Jolie said of the split in July 2002, “I’m angry. I’m sad. It’s a very difficult and sad time. Sometimes you don’t see things coming, even though they are happening… It’s clear to me that our priorities shifted overnight. He’s focused on his music and his career, I’m focused on my baby. Maddox is so important to me. It comes down to what’s important to you. Good for him. But I have other priorities.”

Both Jolie and Thornton moved on, personally and professionally. Jolie would court further controversy in 2005 after co-starring with Brad Pitt in Mr and Mrs Smith, where it was widely reported the two had an affair, although Pitt was married to Jennifer Aniston at the time.

Jolie and Pitt made things official soon afterwards; they would have three biological children together as well as two more adopted children, and after a long relationship they wed in 2014, only to file for divorce two years later. Thornton, meanwhile, began seeing special effects artist Connie Angland in 2003. The couple would ultimately marry in 2014 and have one child, Bella. 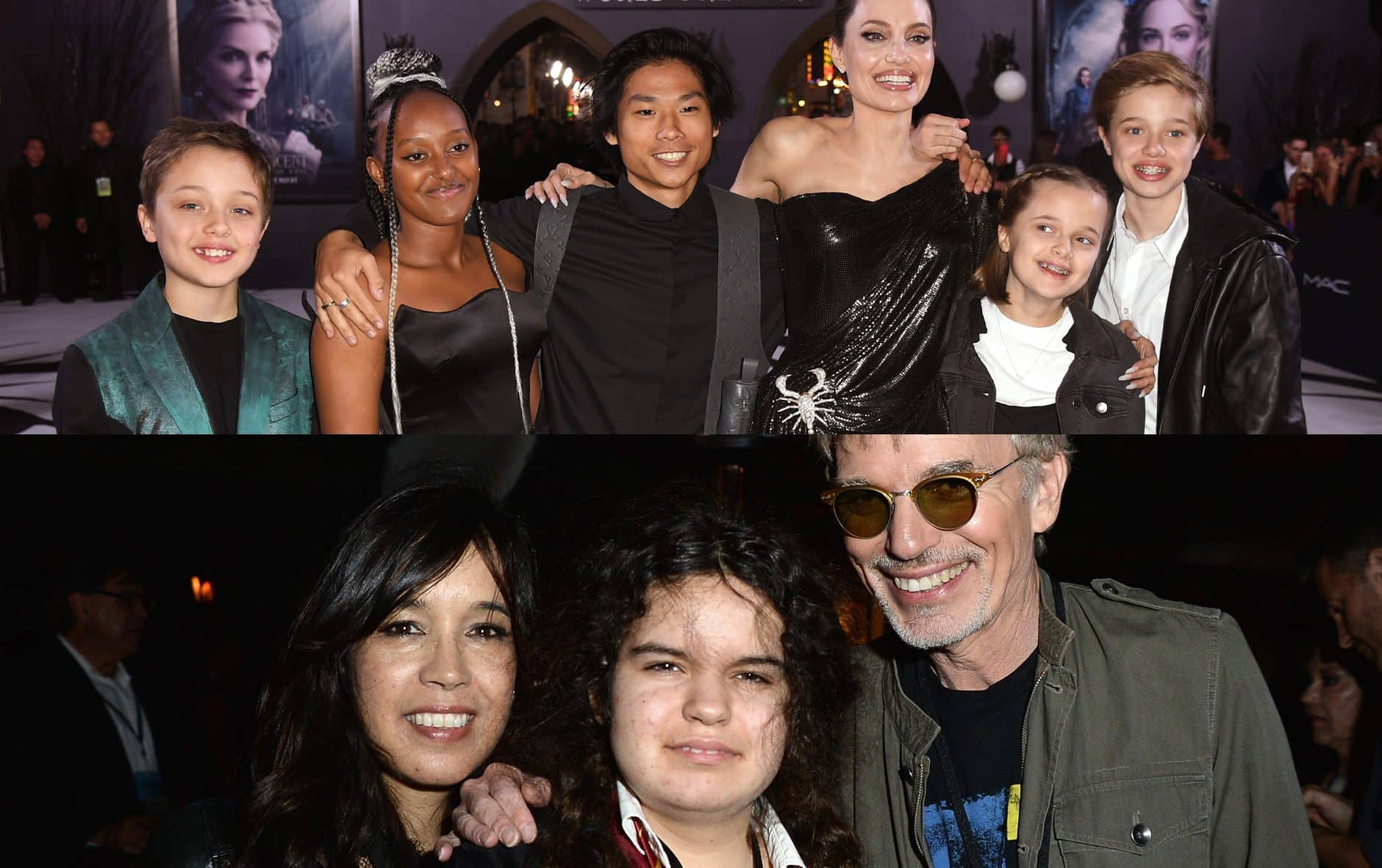 In the years since his split from Jolie, Thornton has been considerably more reticent when it comes to discussing his private life with the media. Even so, he has continued to speak highly of Jolie, telling Piers Morgan in 2012, “she’s a great friend, and would be there if I needed her, and vice versa,” whilst also being entirely supportive of her relationship with Brad Pitt. He’s also admitted that he “never felt good enough for her.”

Jolie, meanwhile, said of Thornton in 2008, “I still love him dearly and think the world of him, and I’m proud to have been his wife for a time”. In 2022, Thornton’s son Henry James Thornton revealed that his former stepmother still sends him Christmas gifts.