There are certain TV shows that define a generation, and this can surely be said of Charlie’s Angels. Launched in 1976, the light-hearted adventure series centred on a trio of female private investigators who specialised in going deep undercover – although this often seemed to involve being under-dressed. A huge hit at the time, Charlie’s Angels remains a cult favourite to this day – but did you know the following facts about the original series?

10. It was originally pitched as ‘The Alley Cats’ 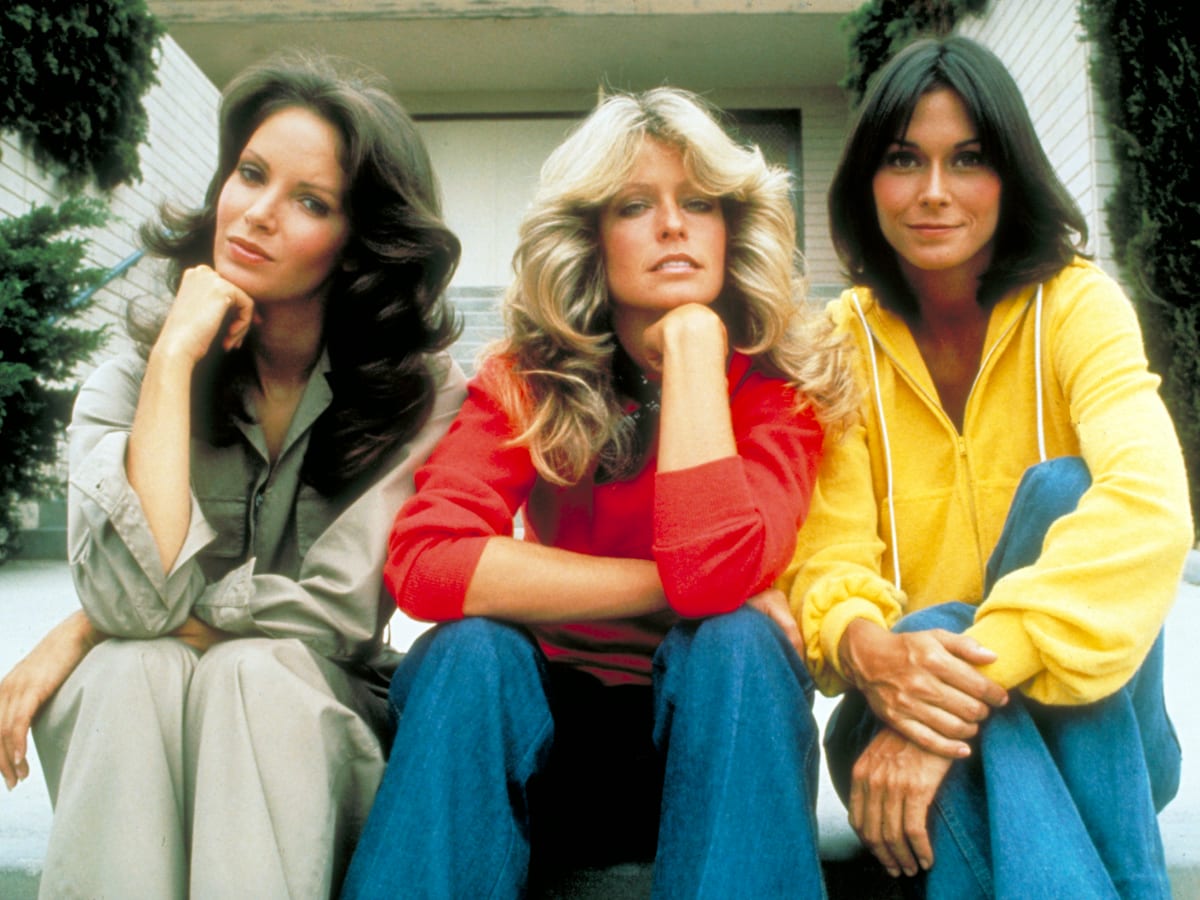 When the show that would become Charlie’s Angels was first pitched back in 1975, it was a little different. Series creators Ivan Goff and Ben Roberts entitled the show The Alley Cats, and it was about a trio of female private eyes dressed in leather, sporting whips and chains.

Kate Jackson (the first actress cast) hated this, and demanded a rethink. It was at Jackson’s suggestions that the women would be instead called Angels rather than Cats; and after briefly considering the title Harry’s Angels, it finally became Charlie’s Angels.

9. Jaclyn Smith was the only Angel to remain for the entire series 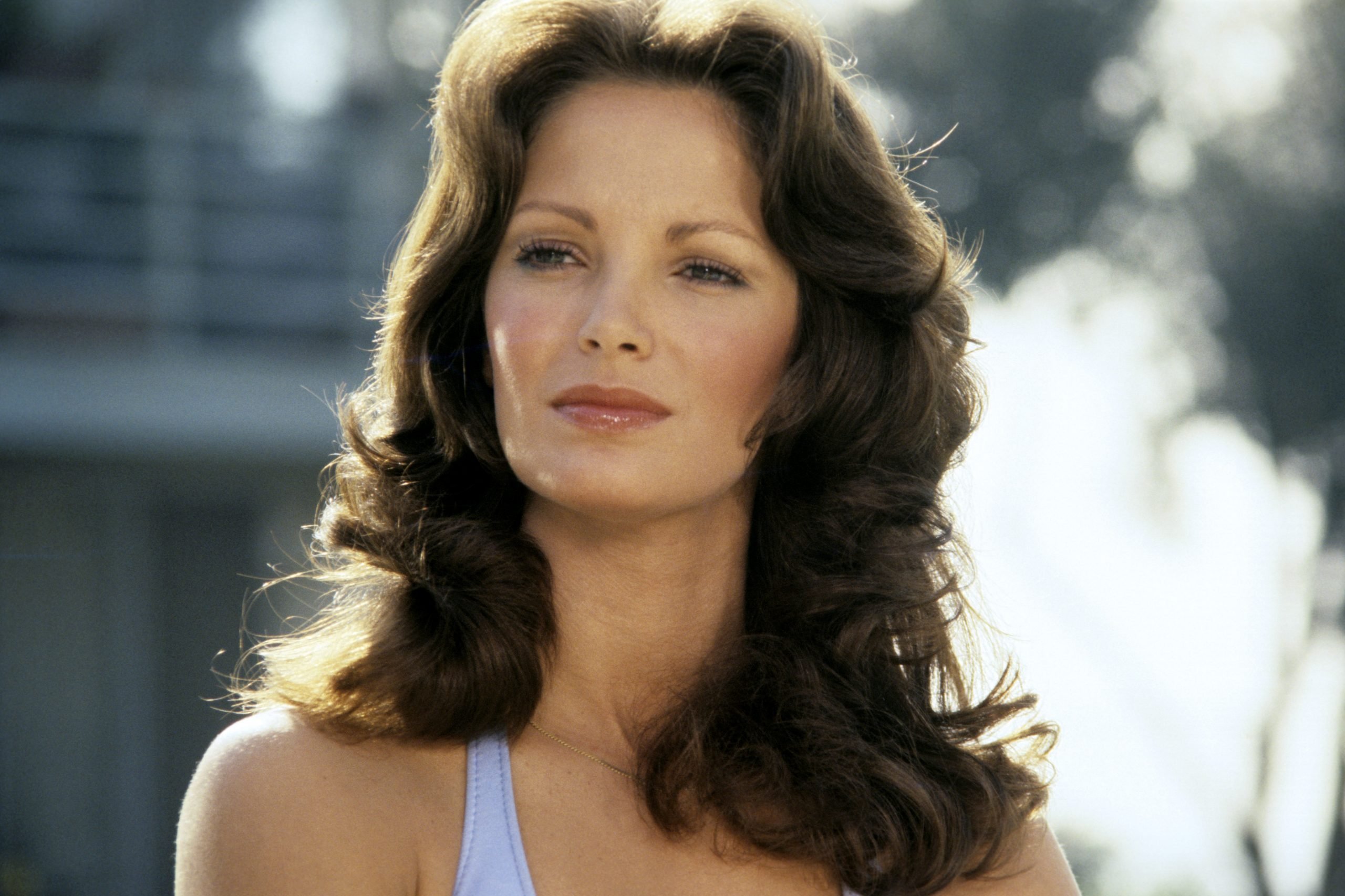 8. There was originally a second male lead in David Ogden Stiers 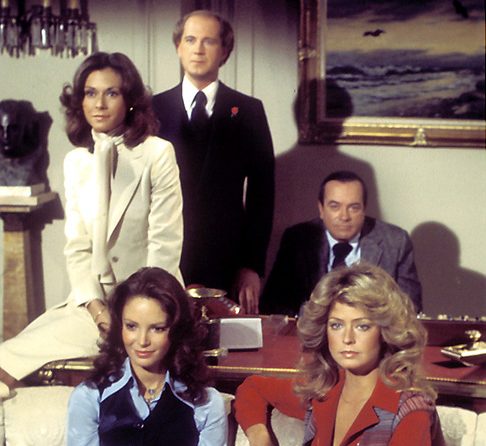 While the Angels take their orders from Charlie (voiced by John Forsythe), this mysterious benefactor is never actually seen on camera. Instead, the only recurring male character is Charlie’s second-in-command, Bosley (David Doyle) – but this wasn’t always the plan.

In the pilot episode, Charlie had a second male go-between, Woodville, played by David Ogden Stiers. Unfortunately for Stiers, his character was deemed unnecessary and unappealing, and was written out when the show went to series.

7. A lot of future Hollywood superstars appeared on the show 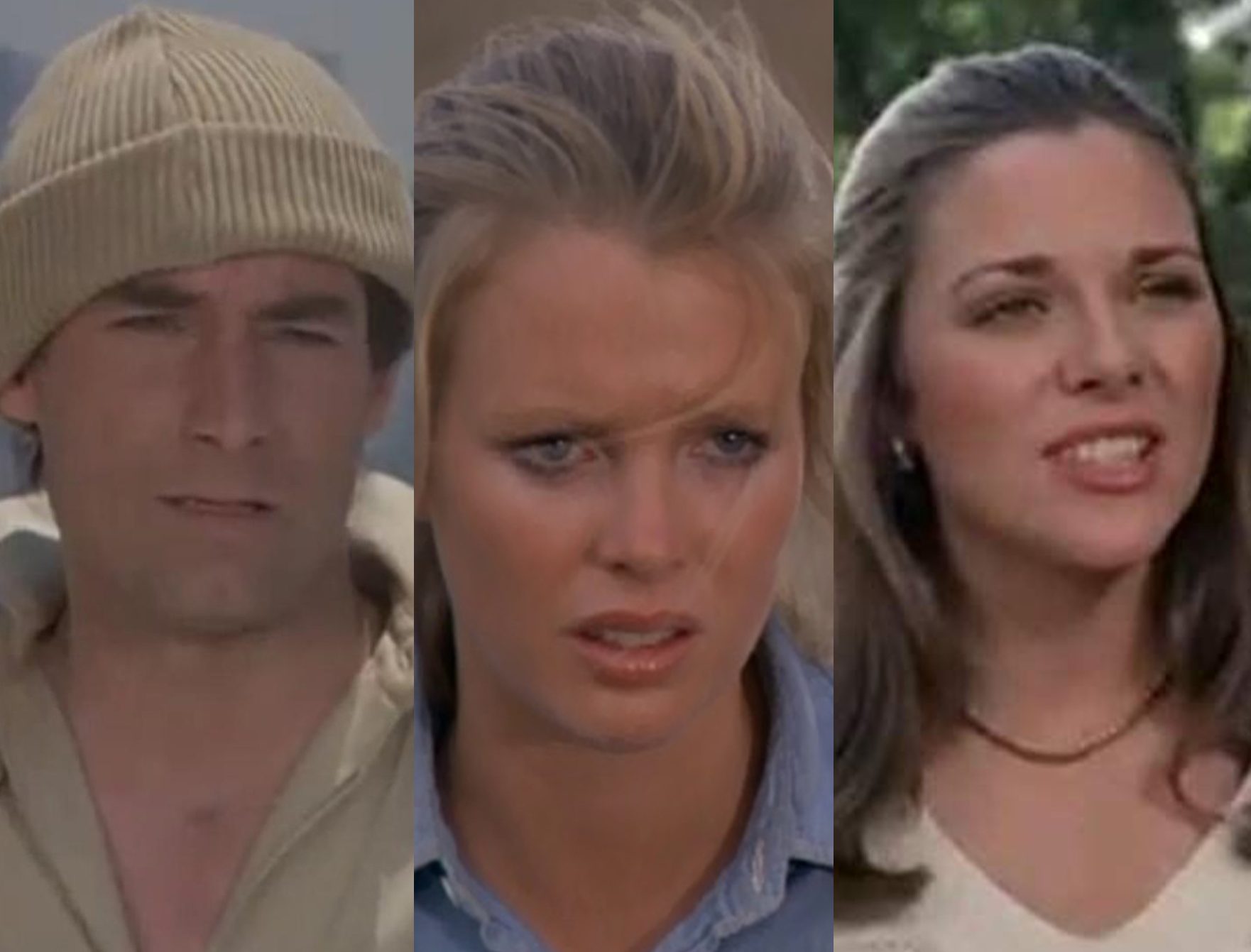 Every episode of Charlie’s Angels saw the three investigators get into all-new cases with all-new people. This meant there were a whole lot of guest stars over the five seasons, including some actors who went on to enjoy huge success in their own right.

6. The producers sued Farrah Fawcett when she quit after one season 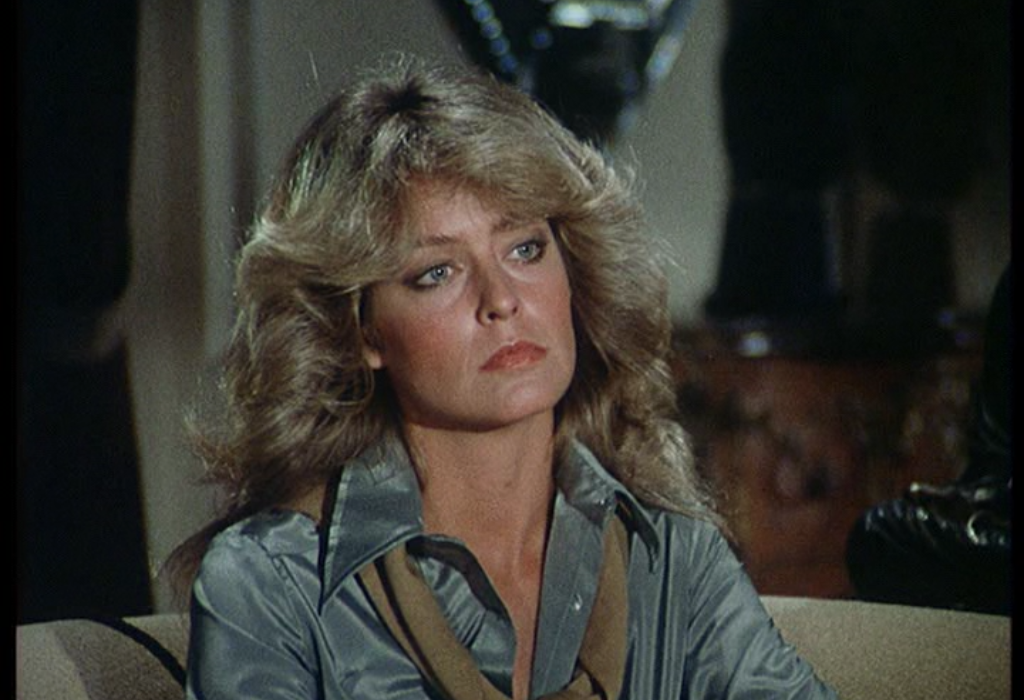 With her endearing screen presence, much-imitated hairstyle and famously popular pin-up poster, Farrah Fawcett became the real breakout star of Charlie’s Angels. Because of this, she decided to quit after the first season, believing success in Hollywood was inevitable. The show’s producers were furious, and took out lawsuits against Fawcett for breach of contract.

Eventually a compromise was found, and Fawcett agreed to make six guest appearances across seasons two and three. Sadly, her risky career move didn’t pay off: beyond supporting parts in Logan’s Run and The Cannonball Run, Fawcett had little success in the movies.

5. Cheryl Ladd wore a funny T-shirt for her first day on set 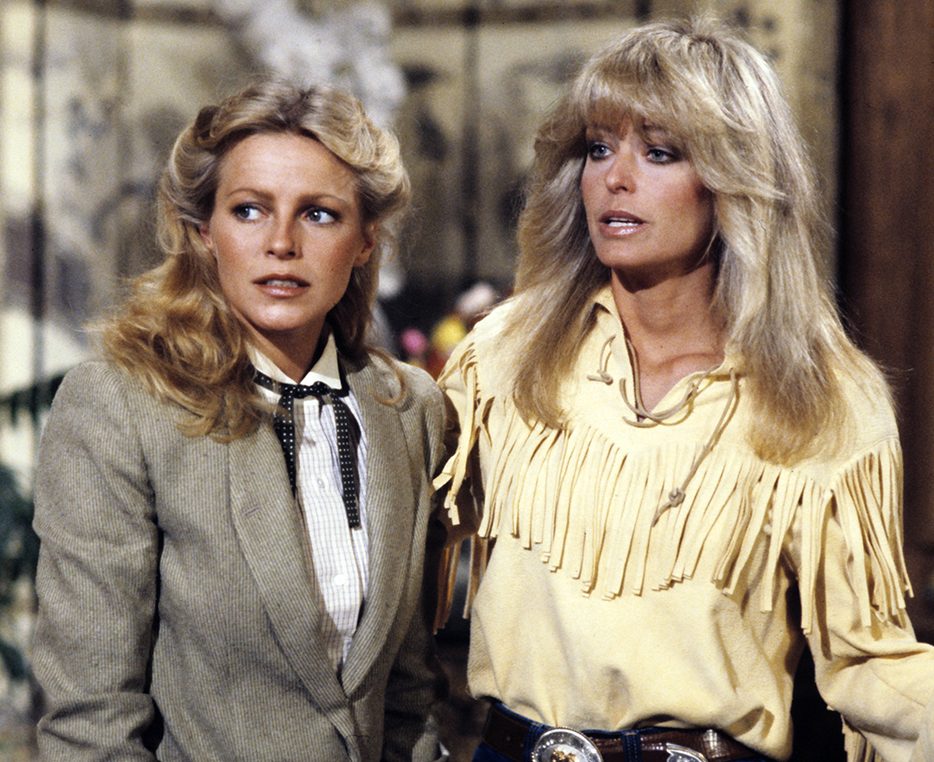 When Cheryl Ladd was cast as the new Angel, Jill Munroe’s little sister Kris, there were naturally concerns that she wouldn’t have the charisma to fill in for Farrah Fawcett. Well aware of this, Ladd wore a specially printed T-shirt for her first day on set in hopes of lightening the mood.

Fawcett was professionally known as Farrah Fawcett-Majors at the time, during her marriage to actor Lee Majors. In a humorous play on this, Ladd turned up to the Charlie’s Angels set in a T-shirt that read ‘Farrah Fawcett-Minor.’

4. Kate Jackson and Jaclyn Smith had to turn down major movie roles because of their commitment to the show 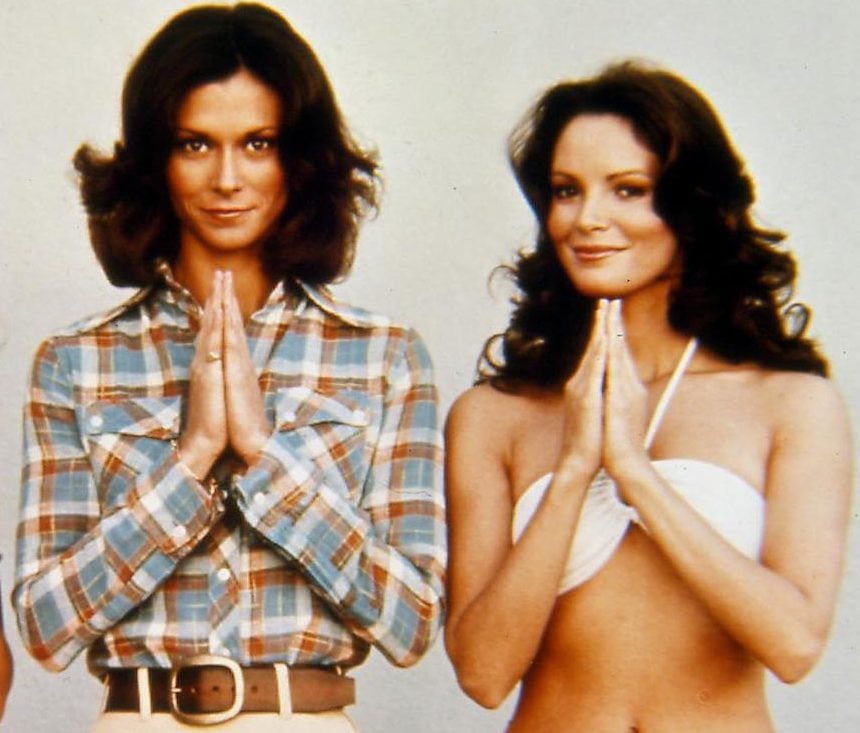 While Fawcett may have been happy to break her Charlie’s Angels contract in the hopes of boosting her career, the same could not be said of her co-stars. Kate Jackson was offered the female lead in 1979 film Kramer vs. Kramer opposite Dustin Hoffman, but had to pass as it clashed with production on Charlie’s Angels season three. This must have stung, as Meryl Streep took the role and won an Oscar for her efforts.

Similarly, Jaclyn Smith had been the first choice for another major movie role: Dr Holly Goodhead in James Bond movie Moonraker. She too was forced to decline because of Charlie’s Angels, and the role instead went to Lois Chiles. 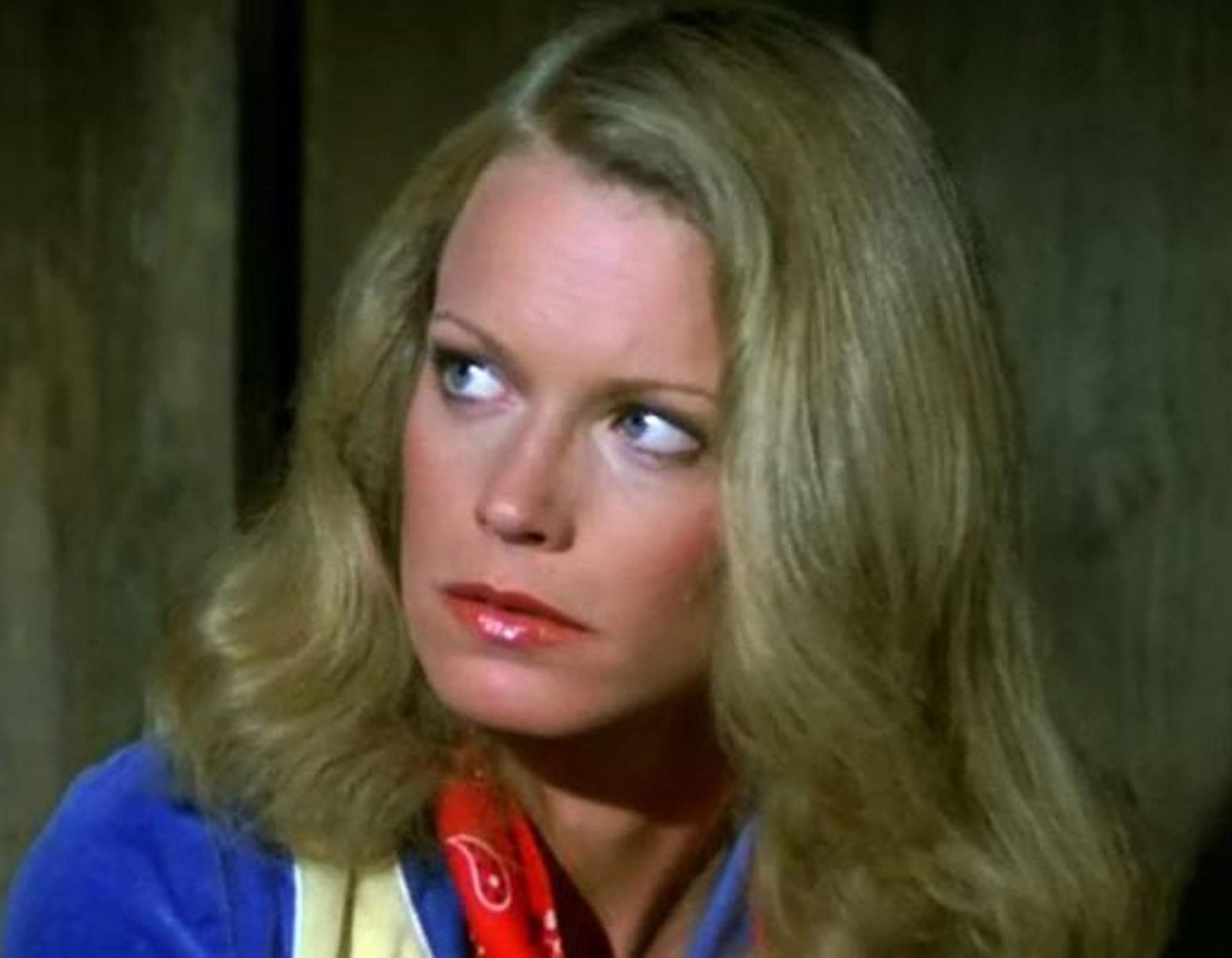 When Kate Jackson left Charlie’s Angels after the third season, the search for her replacement became a hot topic in Hollywood. The part of Tiffany Welles eventually went to former model Shelley Hack, but some other big name stars were considered for the role.

Among the actresses who unsuccessfully auditioned for the part were Barbara Bach (star of Bond movie The Spy Who Loved Me), and a young unknown named Michelle Pfeiffer.

2. A male-based spin-off called Toni’s Boys failed to get off the ground 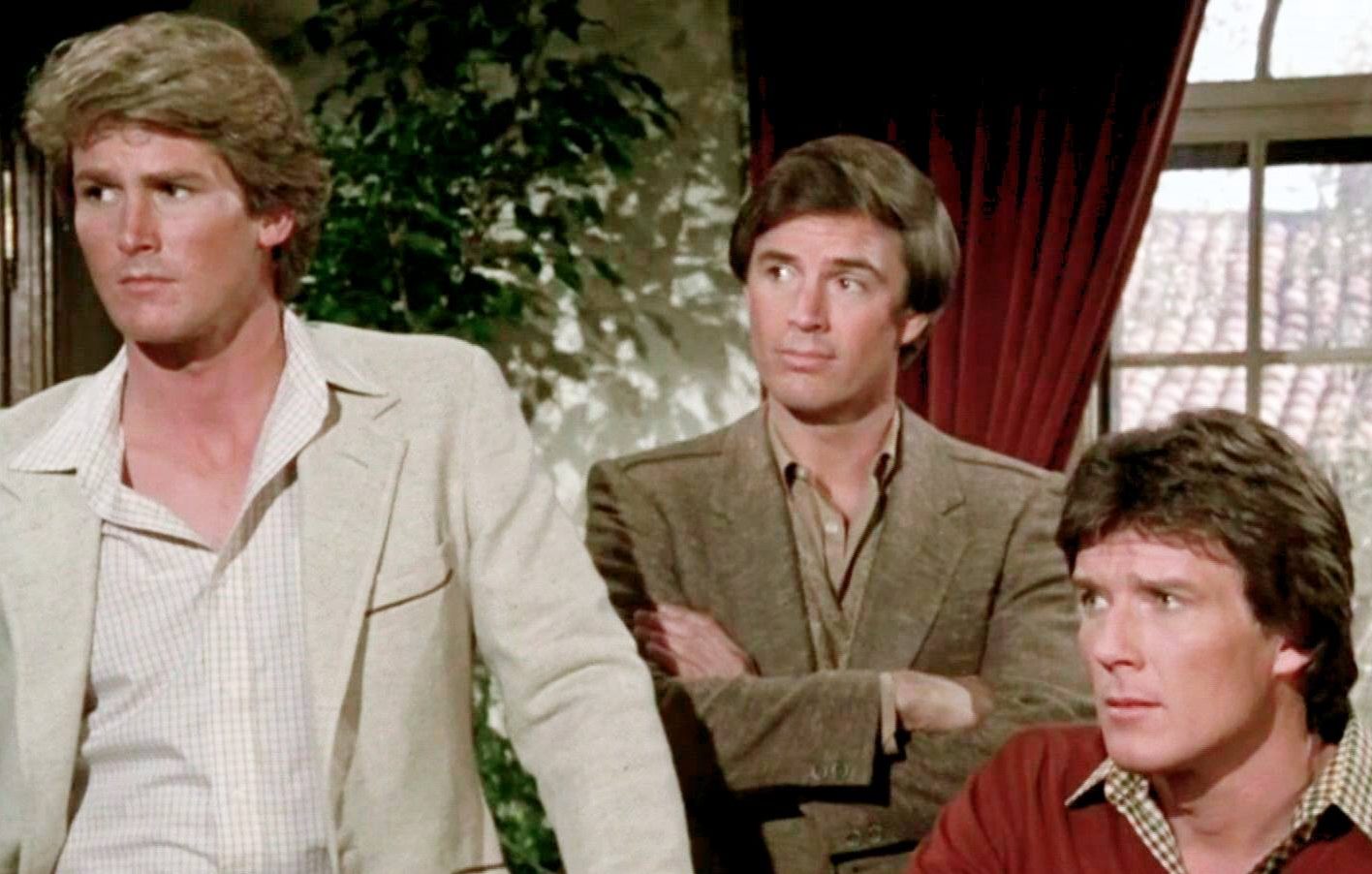 In 1980, the producers of Charlie’s Angels hit upon the idea of making a spin-off show with the genders reversed. They called it Toni’s Boys, and it centred on three handsome male detectives who took orders from an unseen woman.

These characters (played by Stephen Shortridge, Bob Seagren, and Bruce Bauer) were introduced in a season four episode of Charlie’s Angels. Sadly, this failed to garner enough interest to get a series made.

1. A TV reboot starring Tea Leoni was attempted in 1988 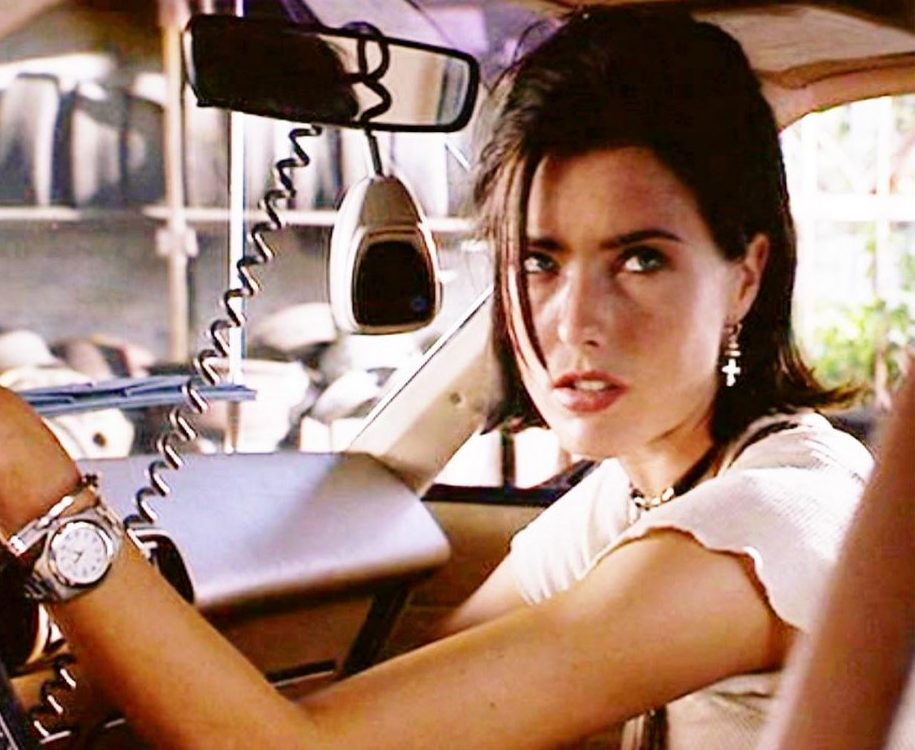 In 1988, a new series entitled Angels ’88 was pitched, with a cast including future Bad Boys actress Tea Leoni. However, this was hit by behind the scenes problems, and was eventually aborted.