Set in a house in the fictional village of Crinkley Bottom, Noel’s House Party is one of the greatest televisual memories of our entire childhood, and we suspect that we’re not alone. Noel’s front door would ring, he would go to answer it, and you never know who was going to be on the other side. But one thing you were sure about was that it was going to be fun, hilarious, family viewing. And call us immature, but celebrities getting covered in gunge will never get boring.

Below are 12 things you might not have realised about this classic Saturday evening treat.

12. It took inspiration from another Noel Edmonds show 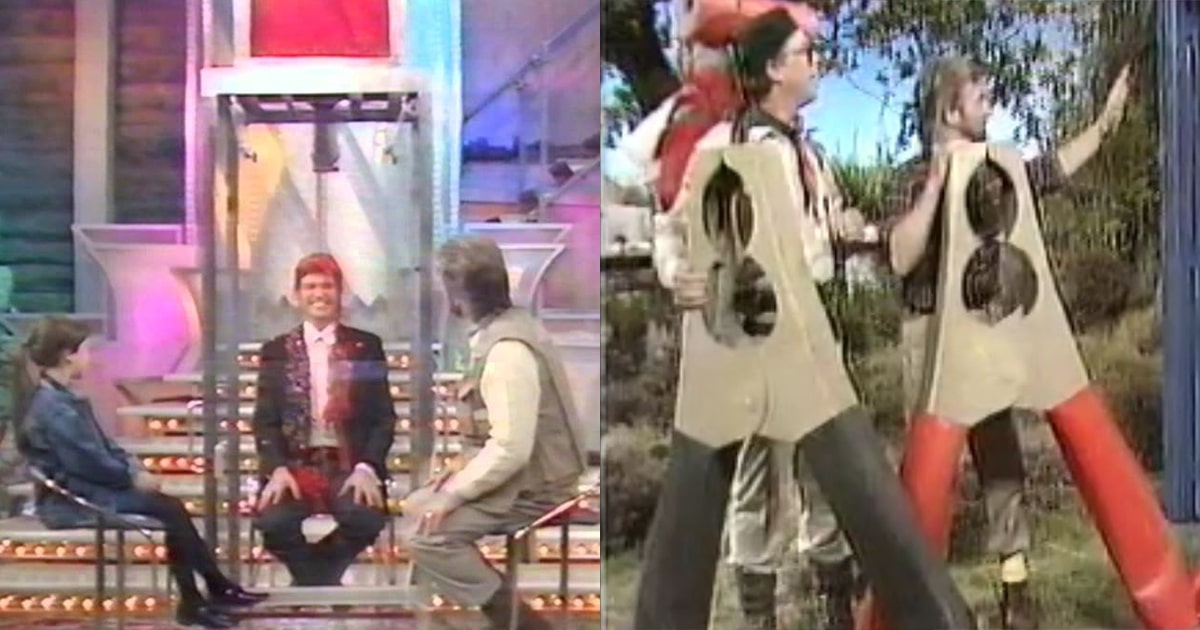 Noel’s House Party took inspiration from The Noel Edmonds Saturday Roadshow, which was also broadcast on Saturday evenings, from September 1988 until December 1990.

Noel’s House Party carried over many of the Saturday Roadshow’s features, including the Gotcha Oscar, the Gunge Tank and Wait Till I Get You Home.

11. It was once described as ‘the most important show on the BBC’ 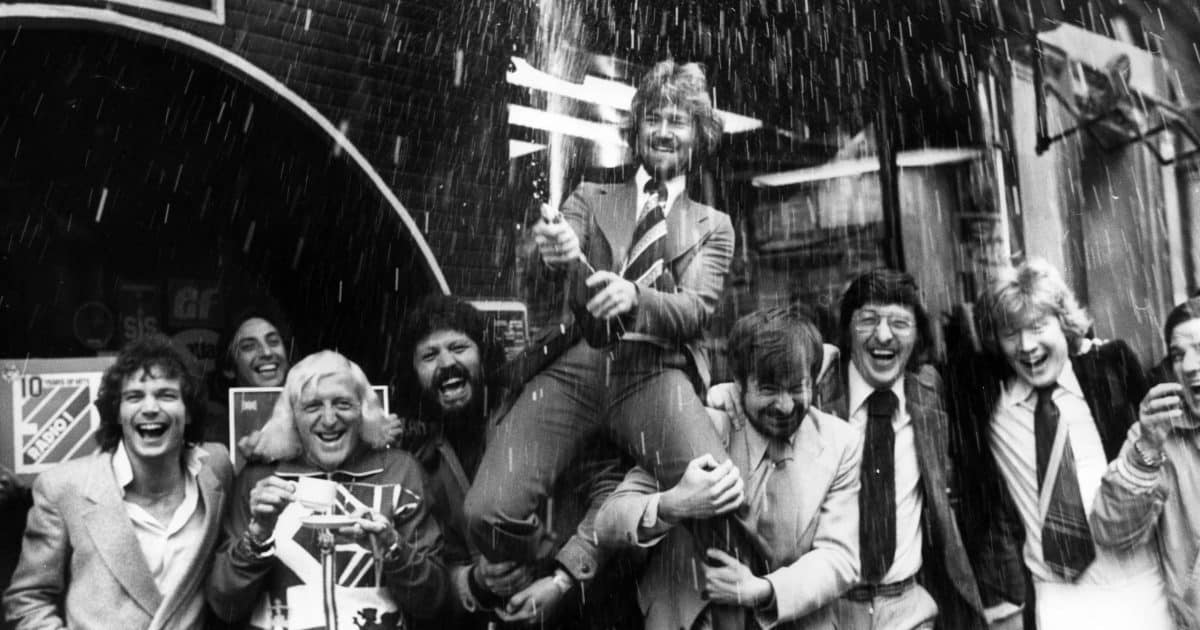 In case you were stuck in a cave for the entire 1990s, let us remind you that Noel’s House Party was broadcast on Saturday evenings on BBC1, and was hosted by Noel Edmonds.

It was on the air from November 1991 until March 1999, and during its heyday was described by a senior BBC executive as “the most important show on the BBC.”

10. The Academy of Motion Picture Arts and Sciences threatened the show with legal action because of the Gotcha Oscars 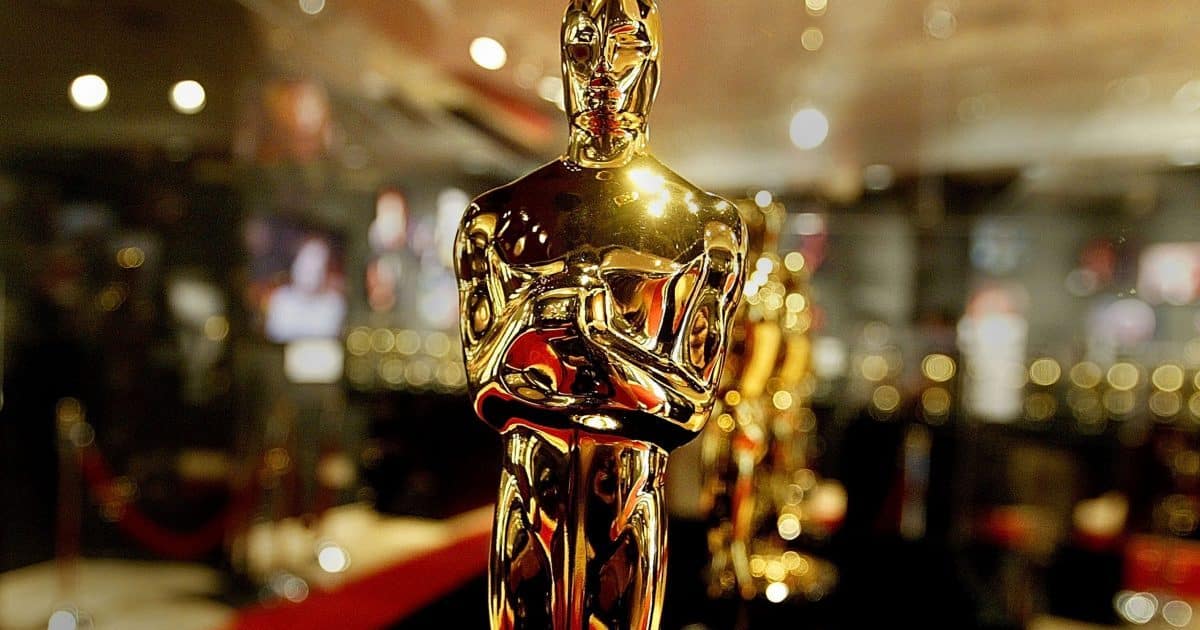 The brilliant ‘Gotcha’ part of the show was originally called the ‘Gotcha Oscars’, until the threat of legal action from the Academy of Motion Picture Arts and Sciences forced them to change the name.

9. It was the first mainstream show to put cameras into viewer’s living rooms 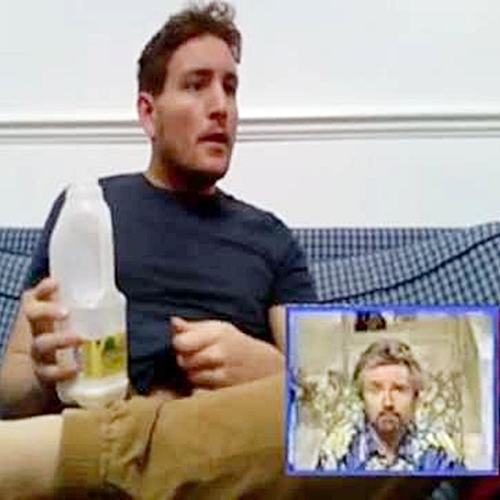 Who can forget the show’s amazing ‘NTV’ segment where, due to some carefully placed hidden cameras, people would all of a sudden find they were watching themselves live on their own TV.

This kind of thing has been repeated by other TV shows on a number of occasions, but in our opinion at least, it’s never been bettered.

8. One episode had to be cancelled after Noel Edmonds fell out with the BBC 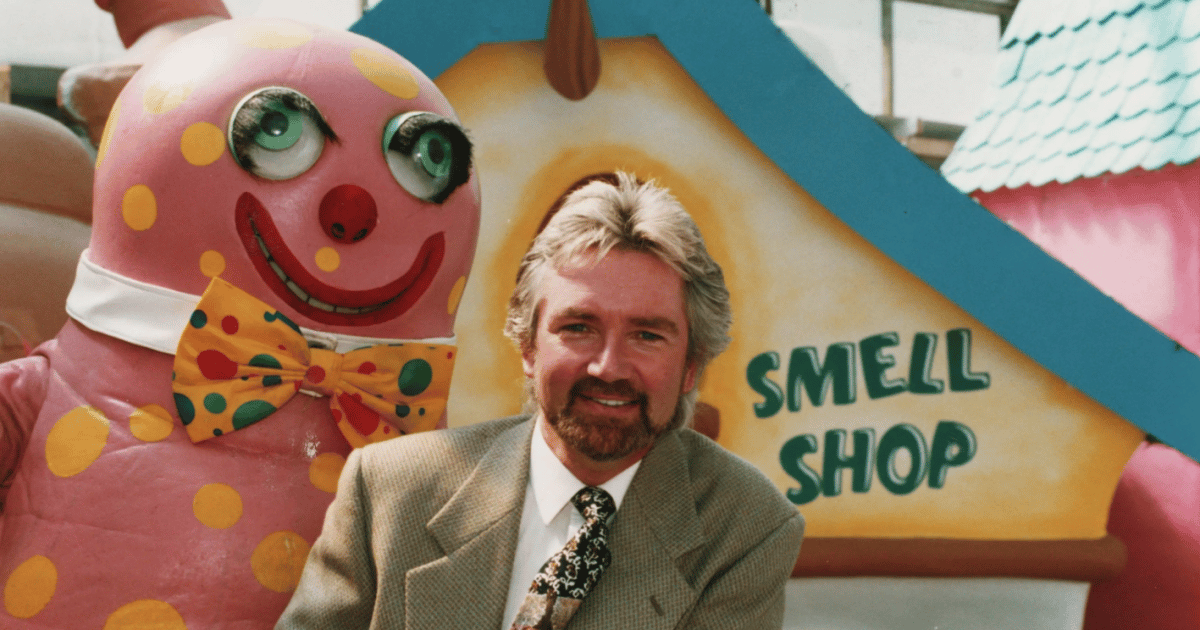 In January 1998, a Noel’s House Party episode had to be cancelled because of a disagreement between Noel Edmonds and the BBC.

This was reportedly due to the show having to take a 10% budget cut, which caused Edmonds to walk out, saying that he believed the show “was of a poor standard and cobbled together.” 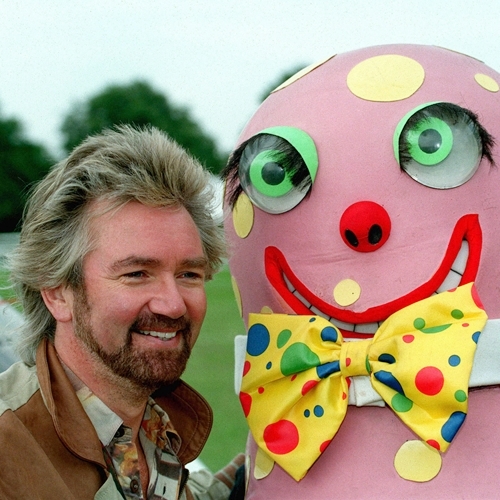 The notorious Mr Blobby was introduced during the show’s second series as a way of playing practical jokes on celebrities, but he did of course take on a life of his own, even recording a Christmas number one single.

Mr Blobby was always portrayed by an actor called Barry Killerby, except for on one show in November 1994 when Killerby was ill, when he was instead portrayed by Kevin Hall, a performer from Morecambe’s Crinkley Bottom theme park. Mr Blobby was axed from the show after the seventh series, although he did make a surprise appearance in the final episode. 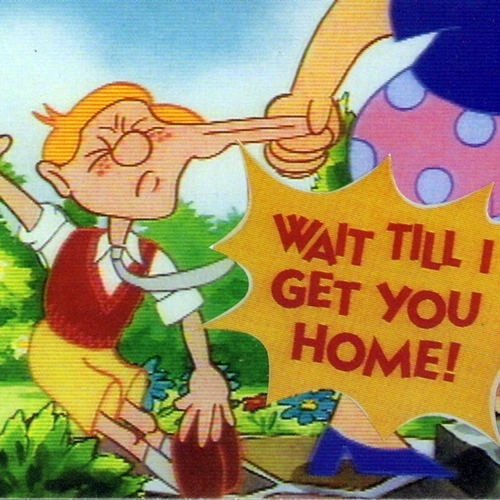 Other notable segments of the show included Wait Till I Get You Home, The Lyric Game, Grab a Grand, Cash for Questions, Sofa Soccer and The Big Pork Pie, where a member of the audience with an embarrassing secret sat in a big pork pie, was made to wear a lie detector, and had to answer questions posed by Noel.

Other popular segments included Number Cruncher, Beat Your Neighbour, My Little Friend, The Hot House, Panel Beaters and Three to Go, where an audience member would have to guess whether a news story was true or false.

5. Despite its success, it was eventually cancelled due to poor ratings 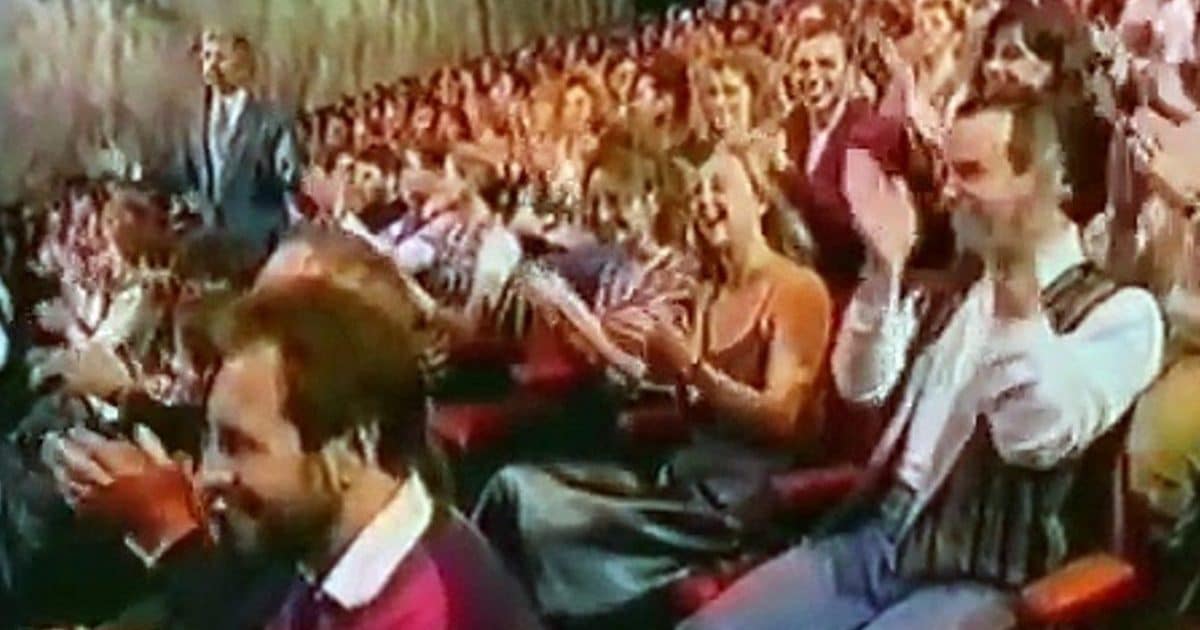 Despite being one of the most popular shows of the entire 1990s, Noel’s House Party was eventually cancelled due to low ratings.

The number of viewers reached 15 million at its peak, but eventually dropped down to 8 million. The final episode would be broadcast on 20th March 1999.

4. Noel gave an impassioned speech at the end of the final episode 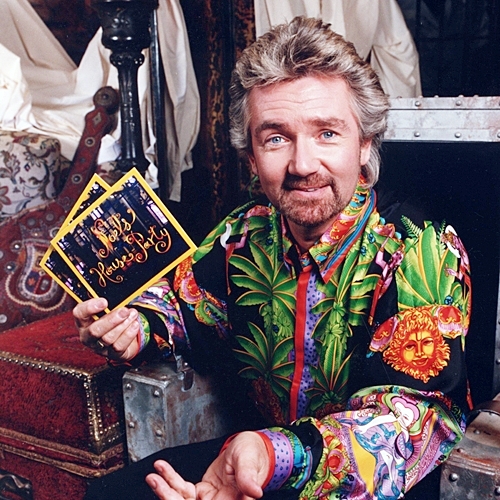 If you’re anything like us then you’ll remember Noel giving an impassioned speech at the end of the show’s final episode.

Noel ended the show by saying: “it’s an overworked expression when people say ‘it’s the end of an era’, but for BBC Television, the entertainment department, for me, and possibly you, it really is the end of an era. I hope your memory will be very kind to us. After 169 episodes, bye.”

3. It has been voted ‘the best Saturday Night TV show of all time’ 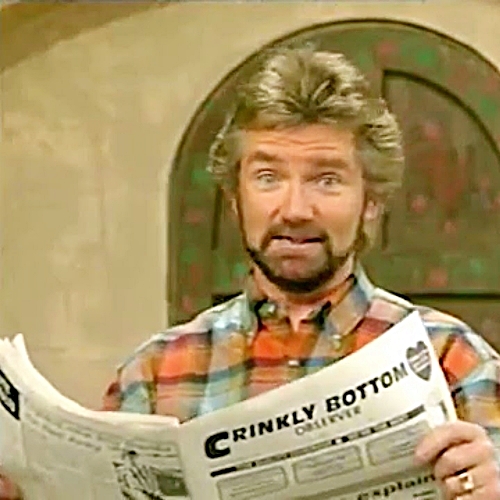 As recently as 2010, Noel’s House Party was voted ‘The Best Saturday Night TV Show Of All Time’, and we’re unlikely to disagree.

We have extremely fond memories of watching the show with our family, and can’t think of any other TV programme that gave us the same kind of joy that Noel’s House Party did when we were young.

2. Reports suggest that Noel Edmonds plans to bring it back 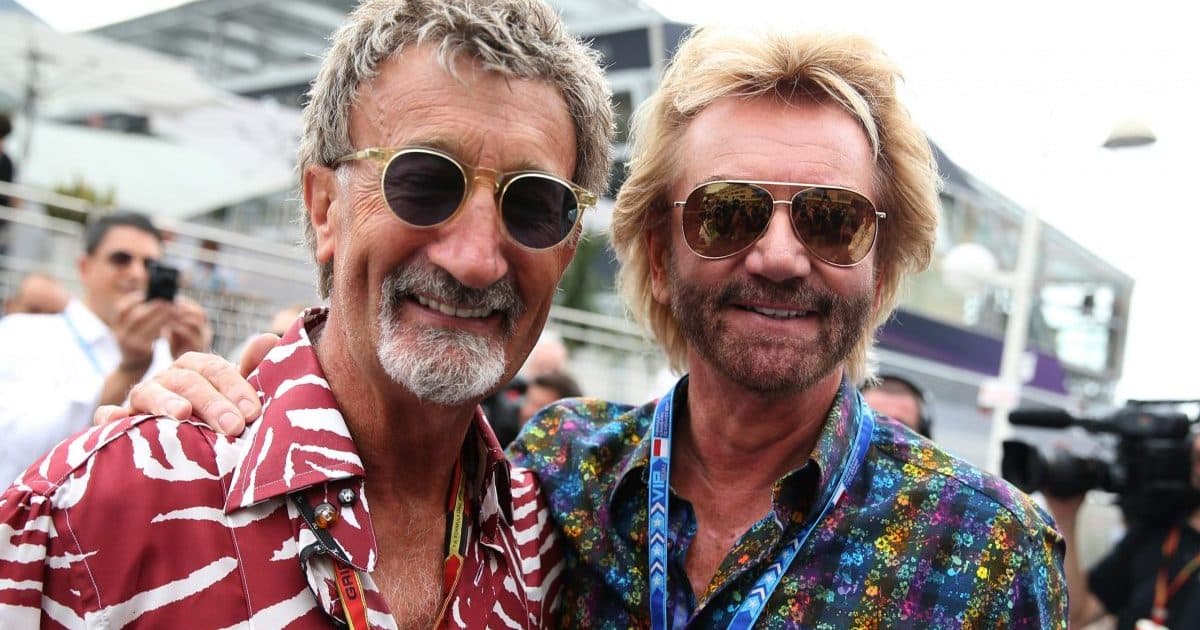 As reported by The Sun, Noel Edmonds is considering pitching a Noel’s House Party revival to TV executives, with sources revealing that he ‘is involved in planning a pitch alongside a production team’.

They added that Noel knows the show will need to be modernised, even though he believes that the basic format would still work, over 20 years since it was cancelled. 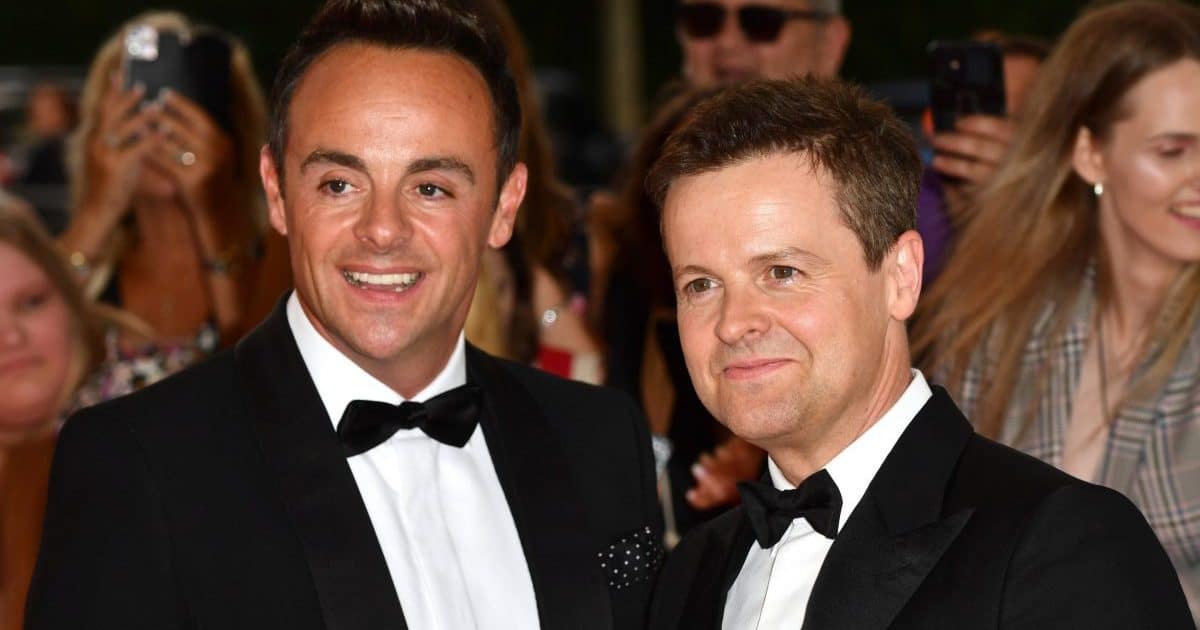 It is believed that Edmonds decided to work on the pitch for a Noel’s House Party revival because of the success of modern-day variety shows, such as Ant and Dec’s Saturday Night Takeaway

On Ant and Dec’s show, whilst in character as an ‘evil overlord’, Edmonds said “I’ve been in this business for 50 years. On Saturday nights I used to get 17 million viewers, and I’ve never been on the honours list. And then one day I come home, turn the telly on and see you two muppets getting OBEs, simply because you copied Noel’s House Party.”