10 Things You Didn’t Know About Dwayne ‘The Rock’ Johnson

He’s this generation’s Arnold Schwarzenegger, although Dwayne ‘The Rock’ Johnson is arguably even bigger than the Austrian Oak was in his prime, and not just in literal terms.

As well as being one of the highest paid actors of all time, Dwayne Johnson is also one of the most successful, with his films having to date grossed $4.5 billion at the box office. More reliably bankable than any other modern actor, Johnson is Hollywood’s realest deal.

With Johnson’s latest blockbuster Skyscraper in cinemas now, here are 10 things you never knew about the artist formerly known as The Rock.

10. He was a pro footballer 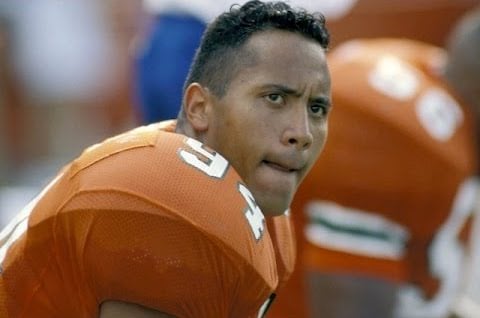 UK fans will know Dwayne Johnson as the actor who used to be a wrestler, but they’re less likely – considering the sport’s relatively low popularity in this country – to be aware that even before that Johnson briefly knew fame as an American footballer, playing in Miami and then the Canadian Football League.

Johnson’s pro football career was short-lived, however, and by age 24 he was already on his way to becoming The Rock: WWE superstar.

9. He hails from a wrestling family 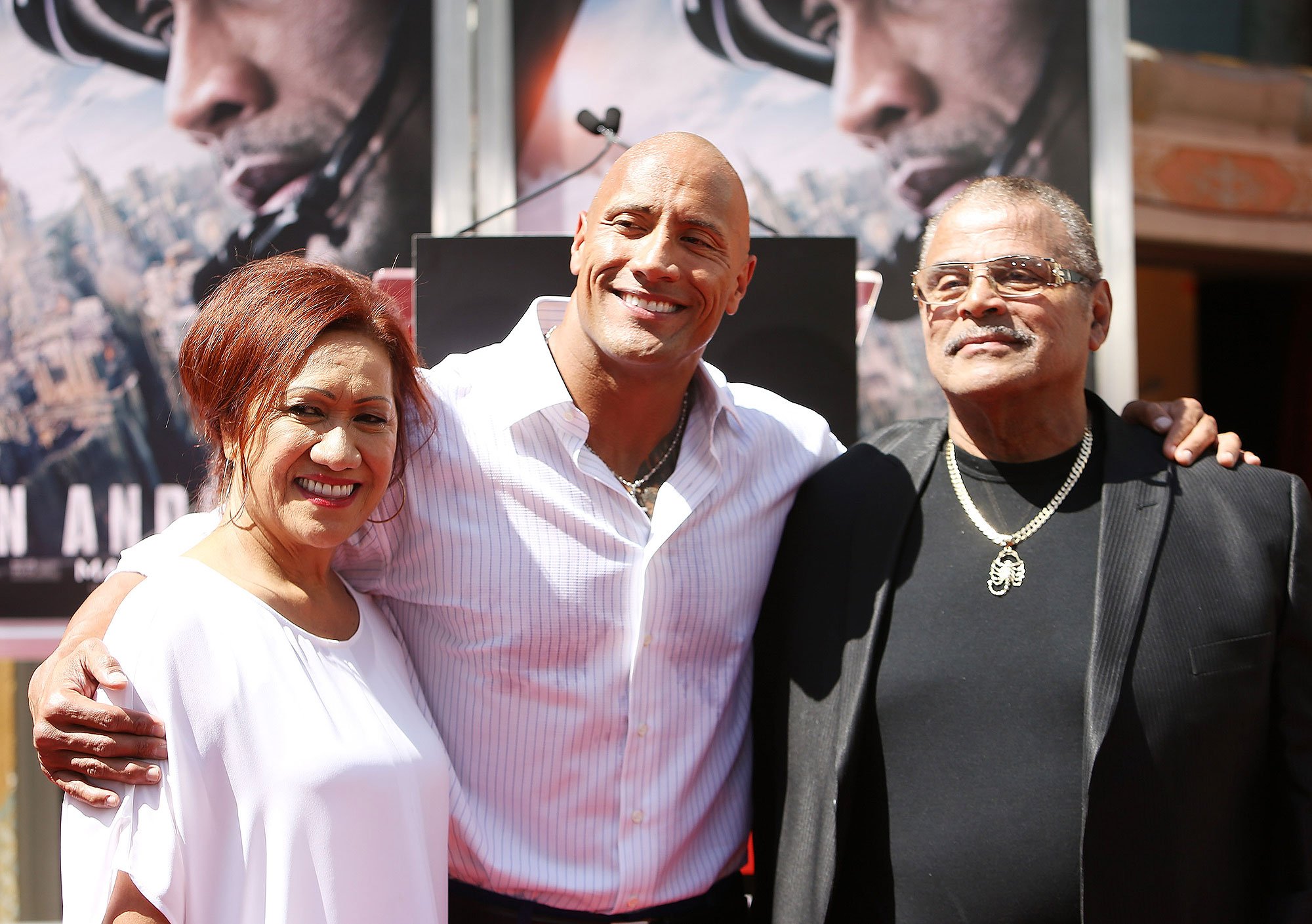 When football didn’t work out, wrestling probably seemed like the natural fallback for Johnson. He comes, after all, from a family that’s been heavily involved in the sport.

8. His grandfather was a Bond villain

Johnson didn’t just follow in the footsteps of his grandfather by entering the wrestling world; acting was another string in Peter Maivia’s bow that Johnson has adopted for himself.

In 1967, Maivia featured as a Bond villain in You Only Live Twice, where he used his brute strength (and a katana) to pummel Sean Connery’s 007. 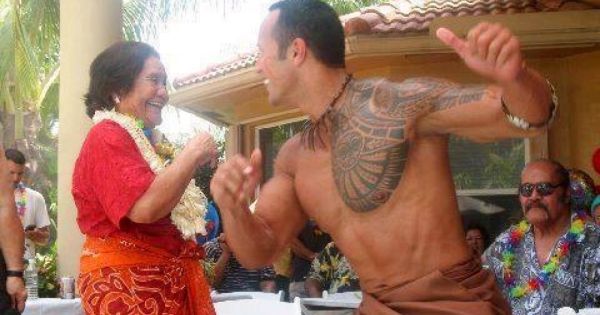 Johnson’s grandfather’s wrestling name was High Chief Peter Maivia for a reason: Maivia really was a high chief of his native Samoa, and was covered from head to toe in the traditional tattoos to prove it.

As a descendant of Maivia, in 2004 Johnson was himself given the title of high chief by the king of Samoa, Malietoa Tanumafili II.

6. The Scorpion King earned him a record-breaking salary 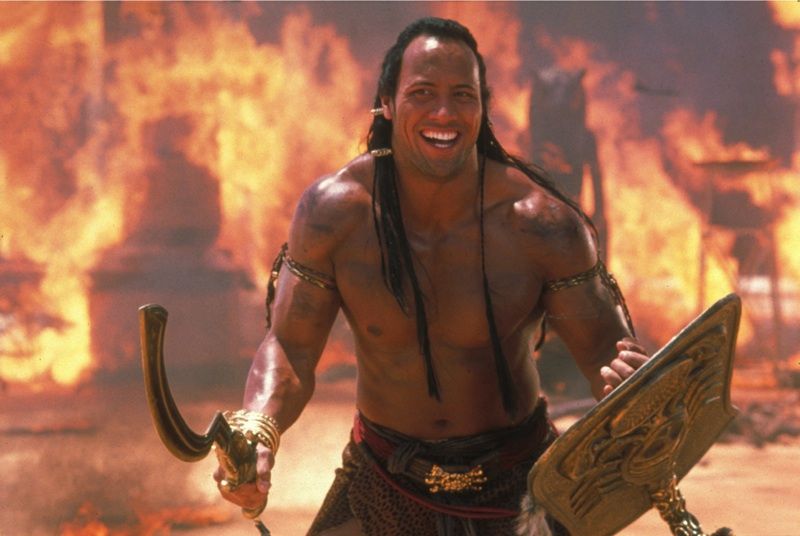 The film may not be so fondly remembered now, but Johnson probably didn’t have any complaints at the time about The Scorpion King considering he earned record-breaking money to make it.

$5.5 million was Johnson’s fee, securing him a place in the Guinness Book of World Records for the biggest salary made by an actor taking lead billing for the first time. 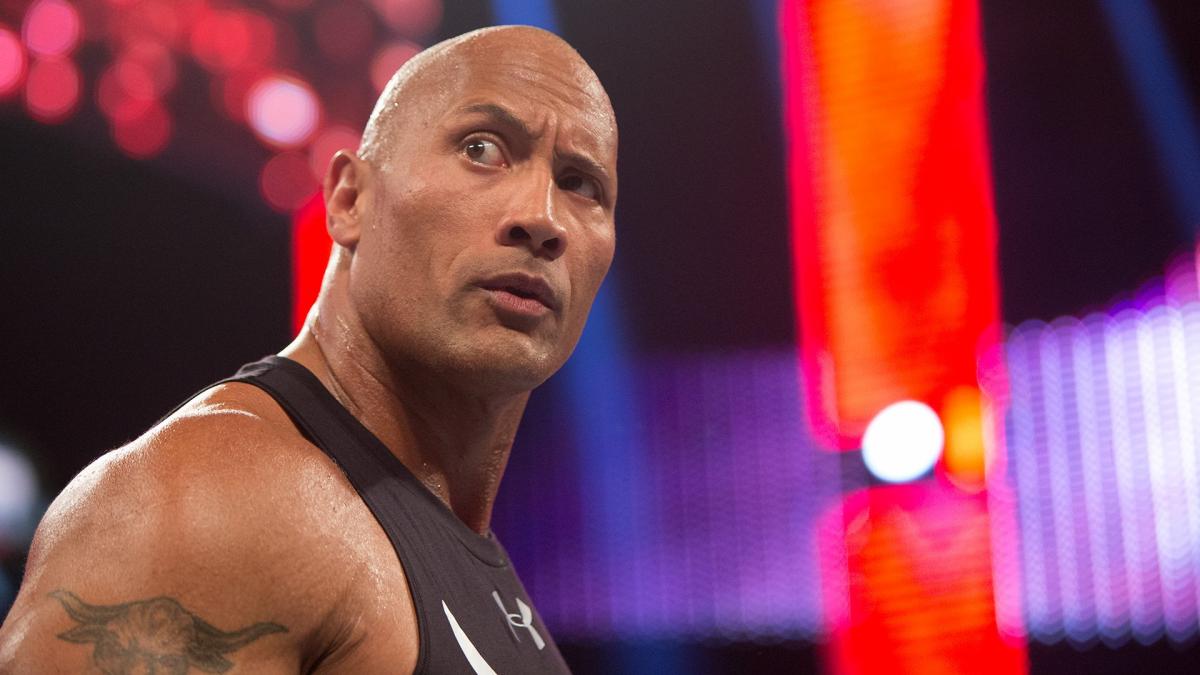 You better believe it. If Johnny Depp hadn’t signed on the dotted line to play his Michael Jackson-esque Willy Wonka in Tim Burton’s 2005 movie Charlie and the Chocolate Factory, Johnson could have taken the role.

4. His ex-wife is his manager (and her new husband is his trainer) 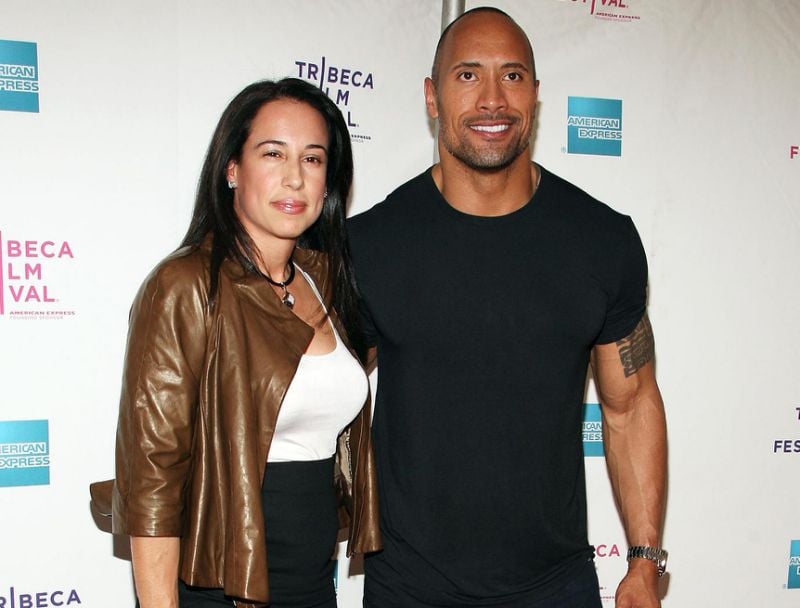 Though they divorced in 2007, there are no hard feelings between Johnson and ex-wife Dany Garcia, who’s also the mother of his first child.

In fact, Garcia has been Johnson’s manager since 2008 – she’s credited with making Johnson into the star he is today – while her new husband, trainer Dave Rienzi, is Johnson’s strength and conditioning coach.

3. His cousin is his stunt double 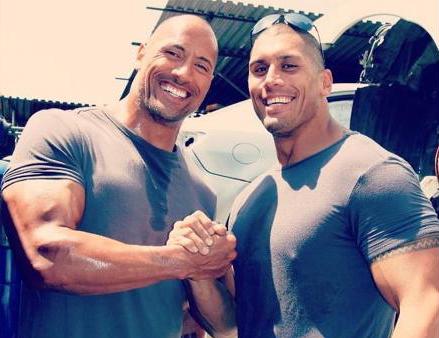 Evidently, Johnson likes to keep family close, so it makes sense that he would hire a similarly hench cousin to act as his stunt double.

The resemblance between Johnson and Tanoai Reed, Johnson’s cousin, made the choice a no-brainer, and so Reed has performed as Johnson’s stuntman in almost all of his movies to date.

2. Schoolmates genuinely mistook him for an undercover cop 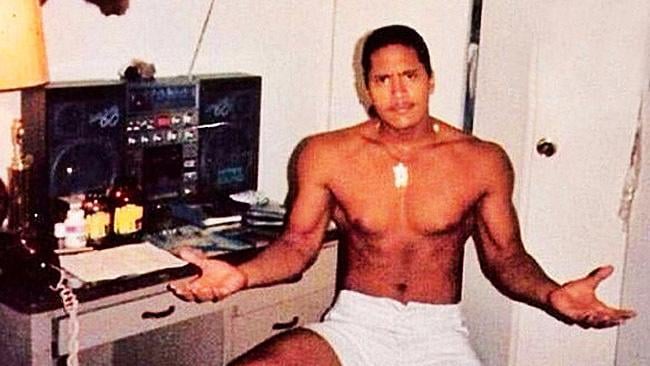 Johnson was so preternaturally developed as a teen – in the photo above, at 6′ 4″ and 225 pounds, believe it or not Johnson is only 15-years-old – that other kids at school genuinely thought he was an undercover cop.

Johnson moved schools so many times and looked so unlike an actual teenager that his schoolmates thought he was part of a 21 Jump Street-style sting operation.

1. His cheat days are epic 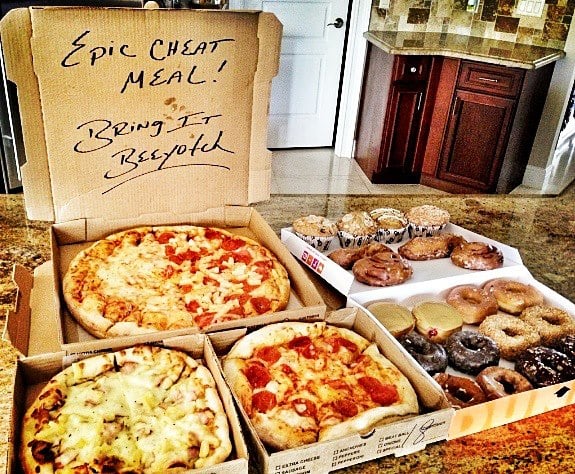 To remain at his now-familiar hulking size, Dwayne Johnson eats seven meals at 5,000 calories a day, though none of the food tends to be much fun (it’s food of the usual bulking-up variety, of chicken, broccoli, potatoes and the like).

When Johnson has a cheat day, however, he really goes all out. One of his most recent cheat meals consisted of 12 pancakes, 21 peanut butter brownies and four double-dough pizzas.