10 Celebrities Who Are Surprisingly Super-Religious

If you’ve seen Jurassic World and Guardians of the Galaxy star Chris Pratt doing the interview rounds lately, you might have noticed something a little different about the actor.

While promoting the Lego Movie sequel The Second Part, the actor has revealed something altogether unexpected about himself: that he’s recently wholeheartedly embraced Christianity. 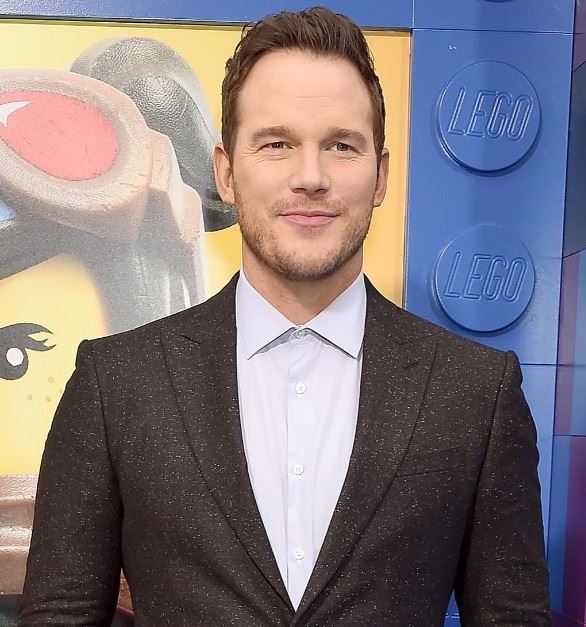 Pratt hasn’t just started attending church on Sundays; as a member of the conservative Hillsong Church, the former Parks and Rec funnyman has gone old school.

This means taking a vow of abstinence with his new partner, Katherine Schwarzenegger, and even fasting in the style of biblical figure Daniel (ie eating nothing but fruit and seeds for a period of three weeks).

These days, of course, a celebrity coming out as a religious person in leftie, devil-worshipping Hollywood is particularly unusual.

In tribute to Chris Pratt’s publicly embracing Jesus, here are ten other celebrities who you never knew were uber-religious.

Musician, then model, and now actor, Oscar-nominated for man’s man films like The Fighter and The Departed. 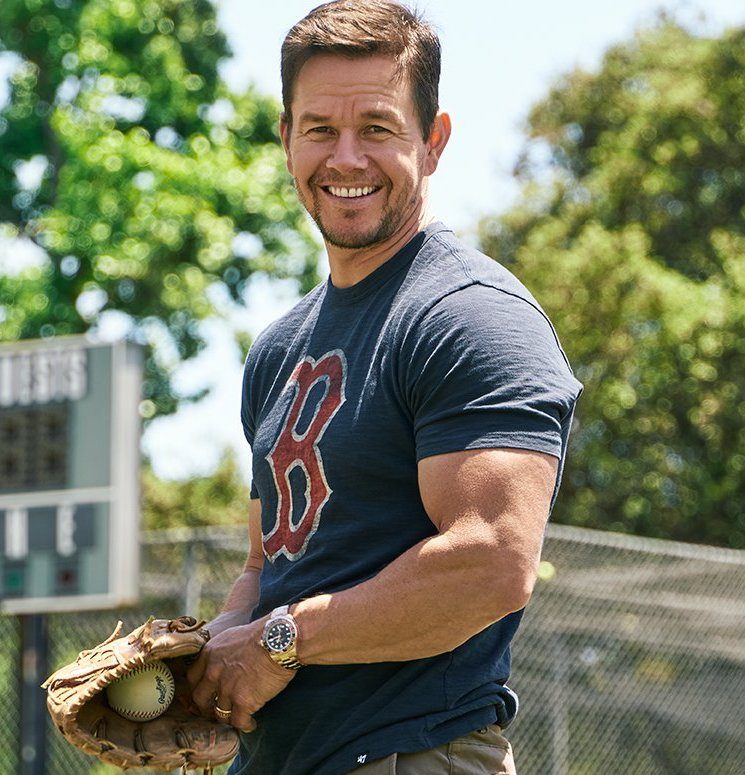 Since his movie career took off in the mid-90s, Wahlberg has also starred in such testosterone-y hits as Boogie Nights, Three Kings and The Other Guys.

Though he was a ‘bad boy’ in his youth, and by that we mean he almost beat a couple of Vietnamese-Americans to death in a racially-charged attack, Wahlberg has since done a 180 and embraced his religion. 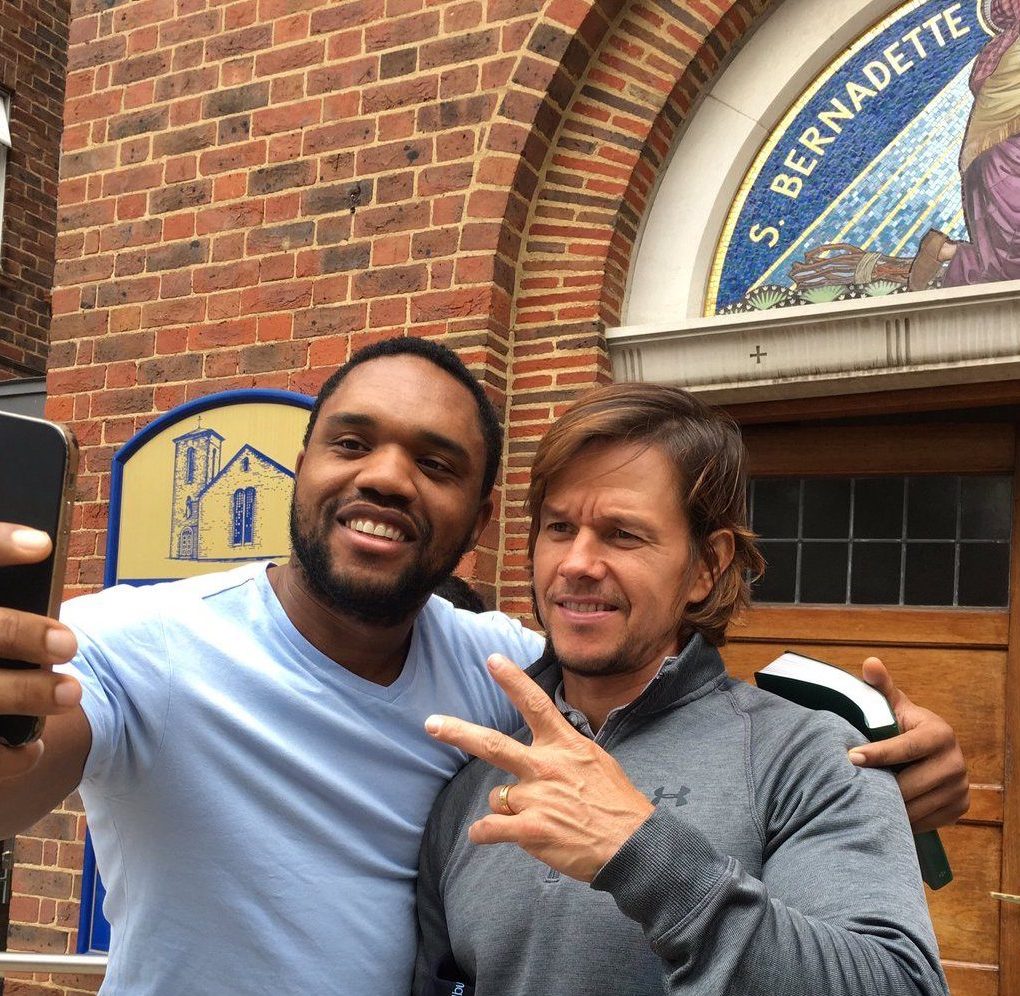 Former tween pop star who in his 20s has transitioned into a chart-topping hitmaker, known for singles including Sorry, What Do You Mean? and Love Yourself. 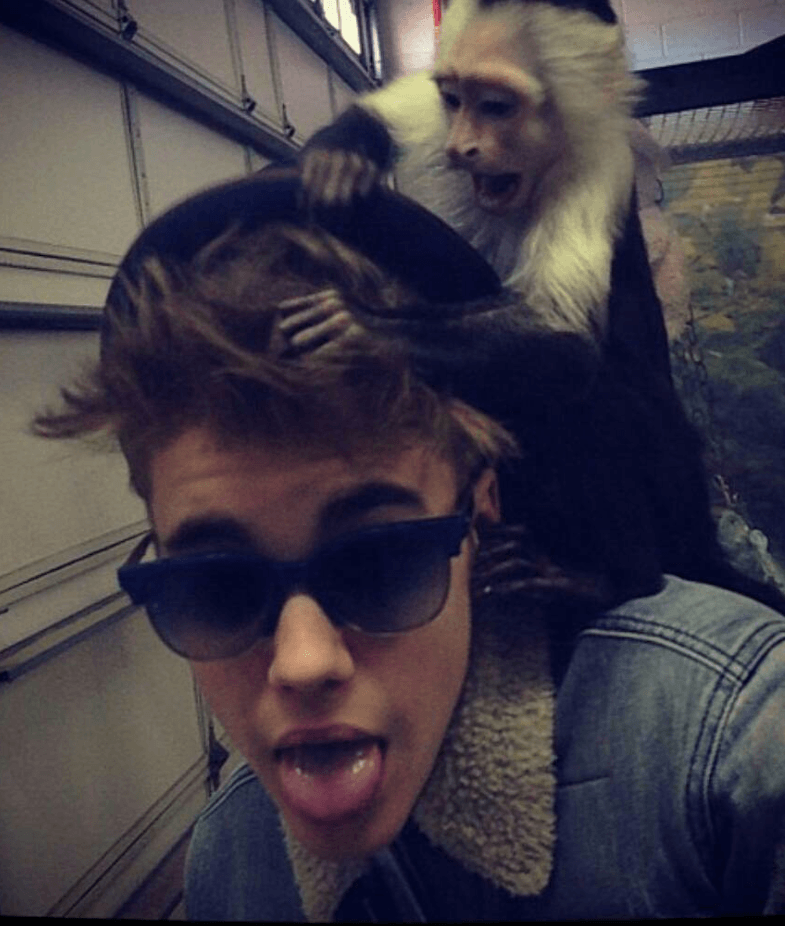 Bieber has also made headlines for some choice bad behaviour, including vandalism, driving under the influence and illegally trying to sneak a monkey into Germany.

Since 2014, when he had what’s been described as a ‘born again’ experience, Bieber has been a member of Hillsong, or the same church that Chris Pratt now belongs to. 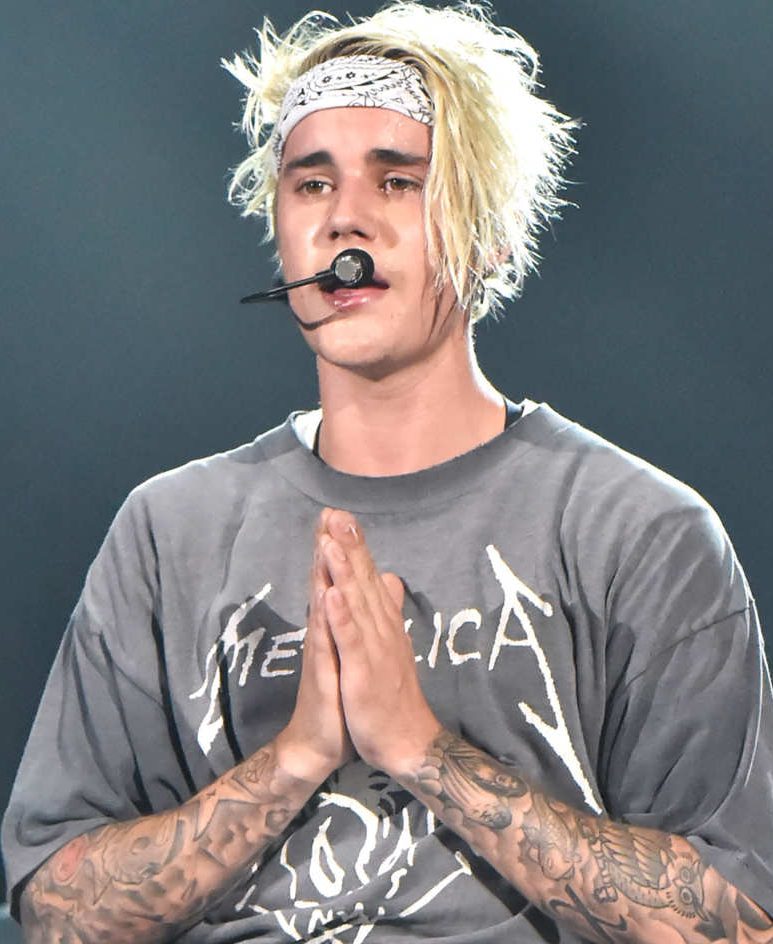 Biebs, like Pratt, also took a vow of abstinence prior to marrying his fiance (and now wife), Hailey Baldwin, who also happens to be a Hillsong member. 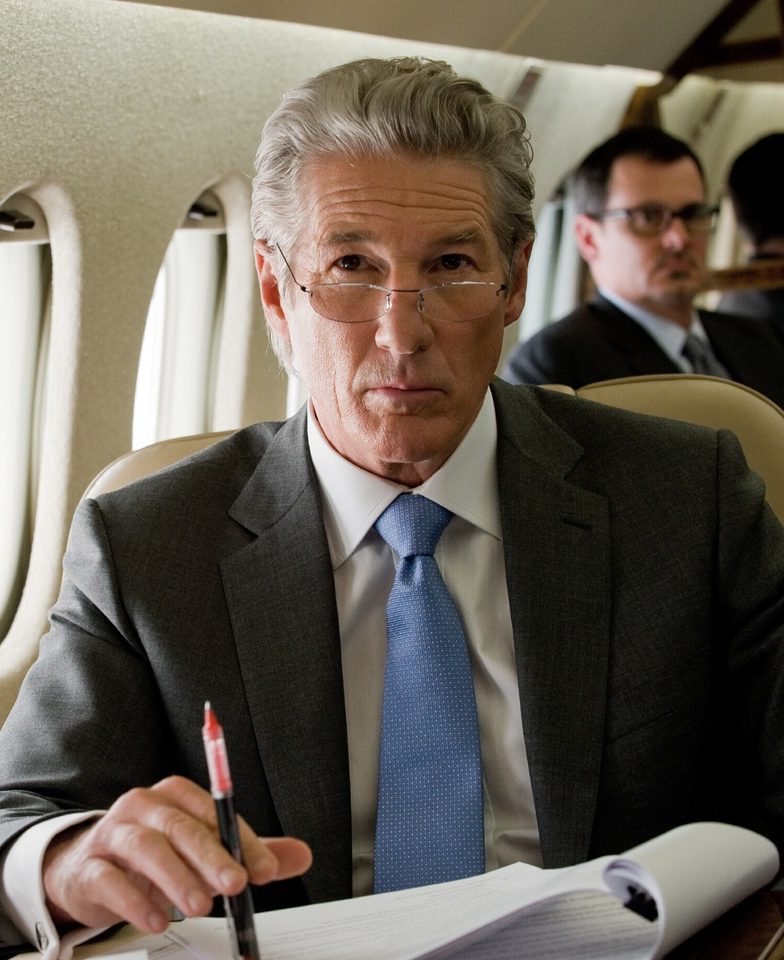 Someone who has straddled both serious cinema and lighter fare, Gere is best known for his rom-coms Runaway Bride and Pretty Woman, as well as the dramas American Gigolo and Days of Heaven.

If you know anything about Richard Gere’s personal life, it’s probably one of three things: 1) that he’s just become a father again at 69, 2) that there’s a longstanding rumour he enjoys ‘gerbilling’, and 3) he’s a pretty serious Buddhist. 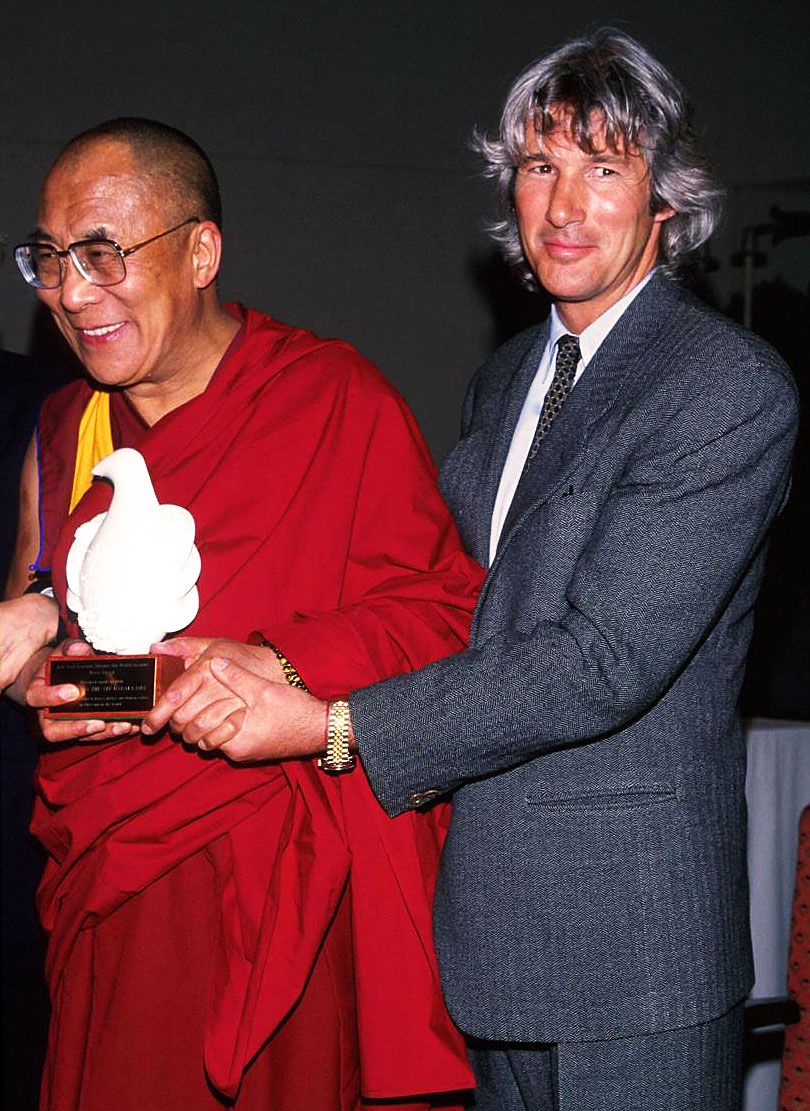 Though Gere was raised Methodist, he’s been into Buddhism since he was in his 20s. Gere is such a big Buddhist cheese, he’s now personal friends with the Dalai Lama.

Rom-com perennial, who first made her name with Pretty Woman in 1990 and hasn’t looked back since. 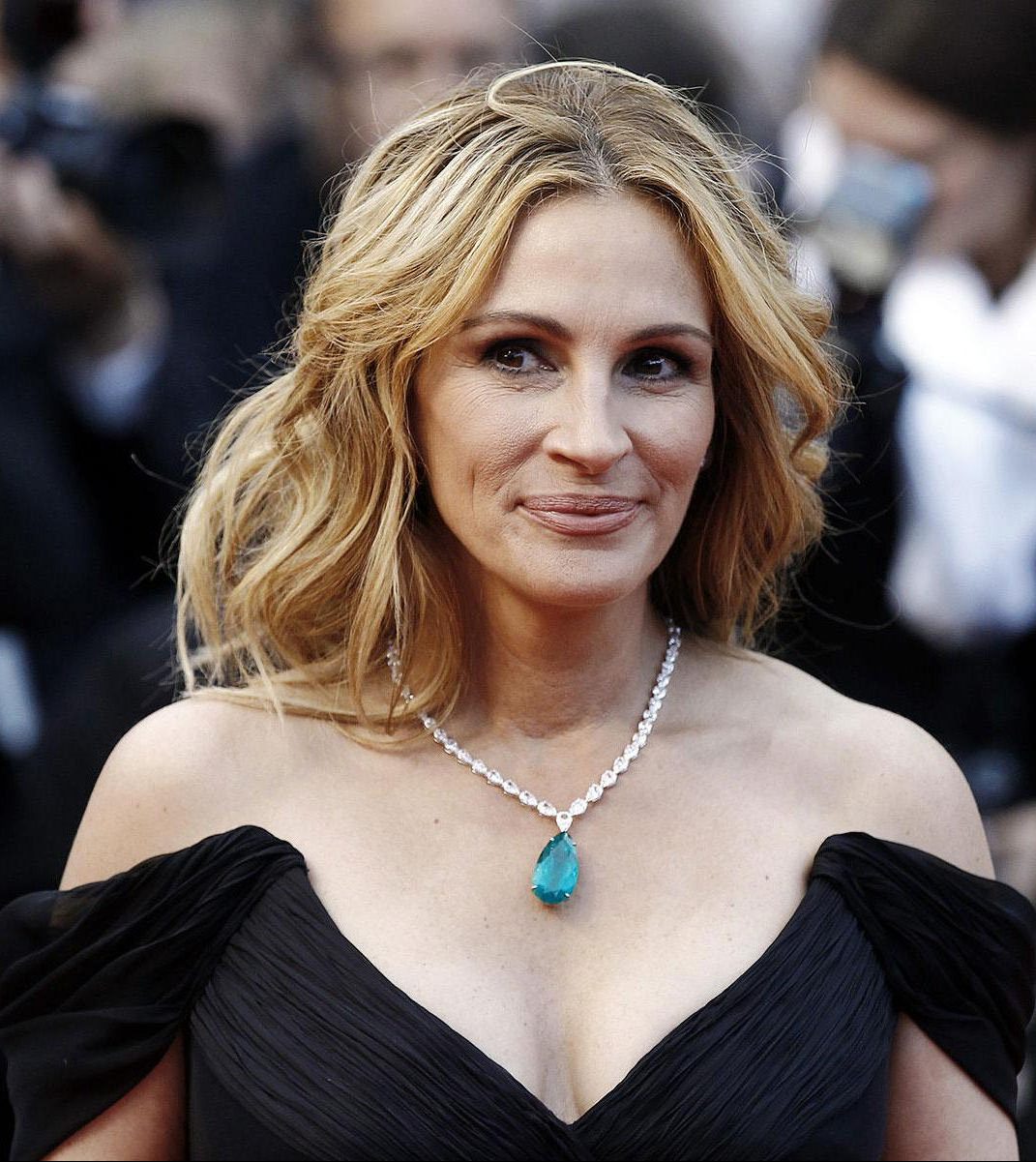 Since her breakout role, Roberts has also appeared in hits like Notting Hill, My Best Friend’s Wedding and Ocean’s Eleven. She won an Oscar for Erin Brockovich in 2001.

Though raised Catholic, it was during the filming of 2010 rom-com Eat Pray Love that Roberts turned instead to Hinduism. 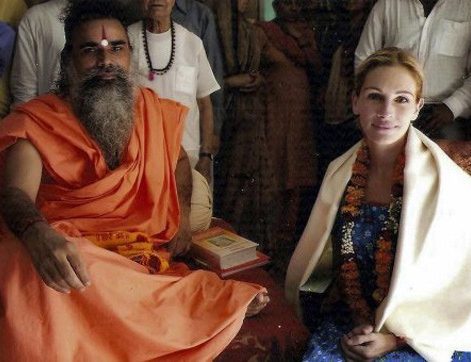 Champion golfer and one of the richest sportsmen to ever have lived, with a personal fortune of around $740 million. 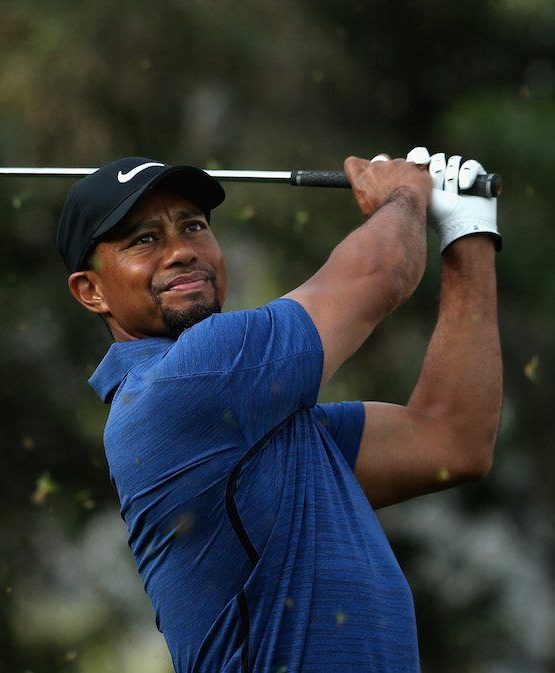 Outside of sporting circles, Woods is probably best known as the man who admitted to cheating on his wife multiple times in a high-profile media scandal.

Growing up in California to a Thai mother and American father, Tiger Woods was raised Buddhist, though he admitted to losing touch with the faith early in his career. 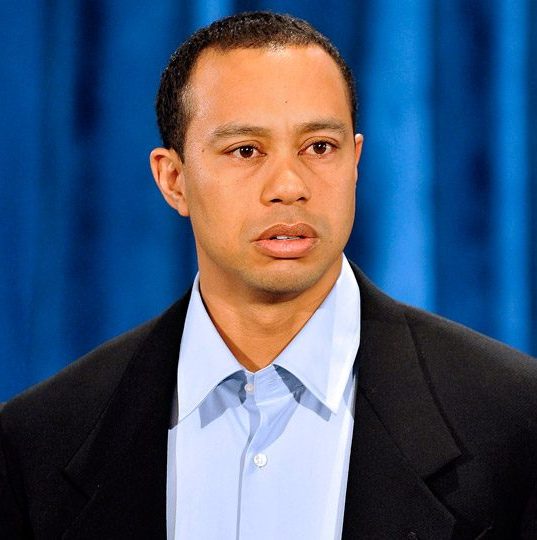 Since the cheating scandal, however, Woods has ‘returned’ to Buddhism. In the aftermath, Woods told a reporter: “Buddhism teaches me to stop following every impulse and to learn restraint. Obviously I lost track of what I was taught.”

Folk poet and one of the greatest, most influential musicians to ever have lived, who first emerged in a turbulent 1960s. 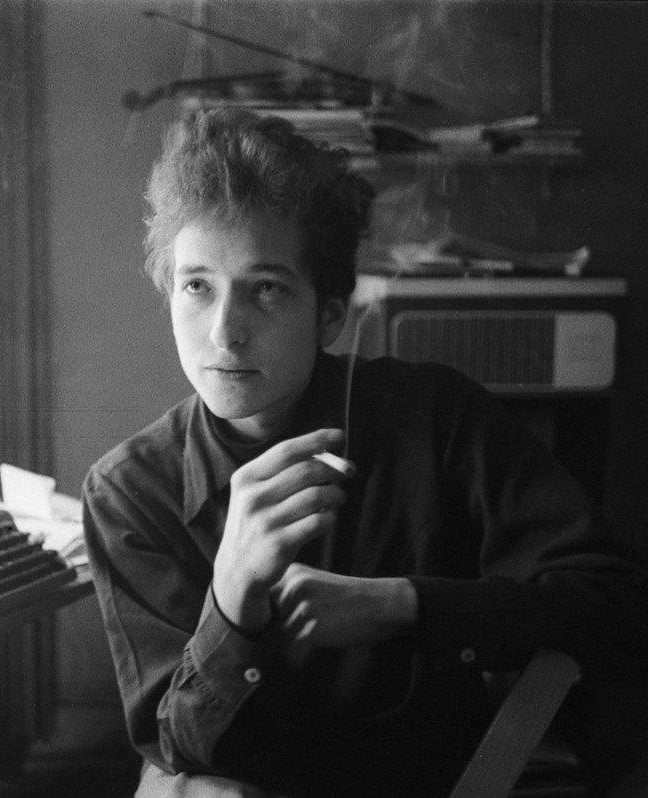 Some of Dylan’s best known songs include Like A Rolling Stone, The Times They Are A-Changin’ and Knockin’ On Heaven’s Door.

Though Dylan was raised Jewish and has continued to show signs that he still subscribes to the faith, he has also flirted heavily with Christianity over the years. 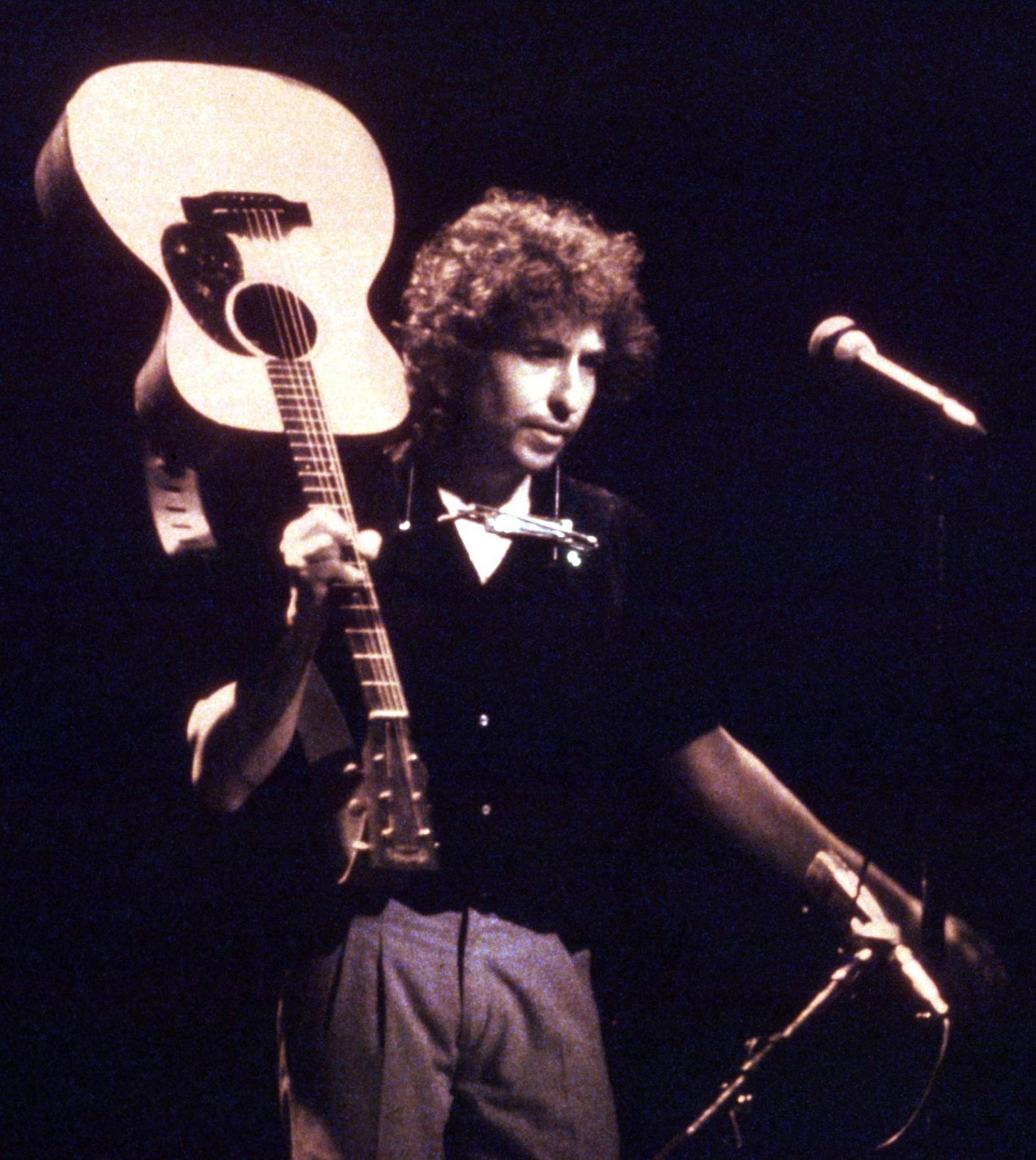 Dylan was even briefly a born-again evangelical Christian in the early 1980s, with the gospel music to match, but he has since taken a more subdued approach to religion. Nonetheless, as recently as 2009, Dylan described himself as a “true believer” in Christianity.

Michigan musician, who has been rocking it fairly hard since his 1970s heyday at the head of the hard rock band bearing his own name. 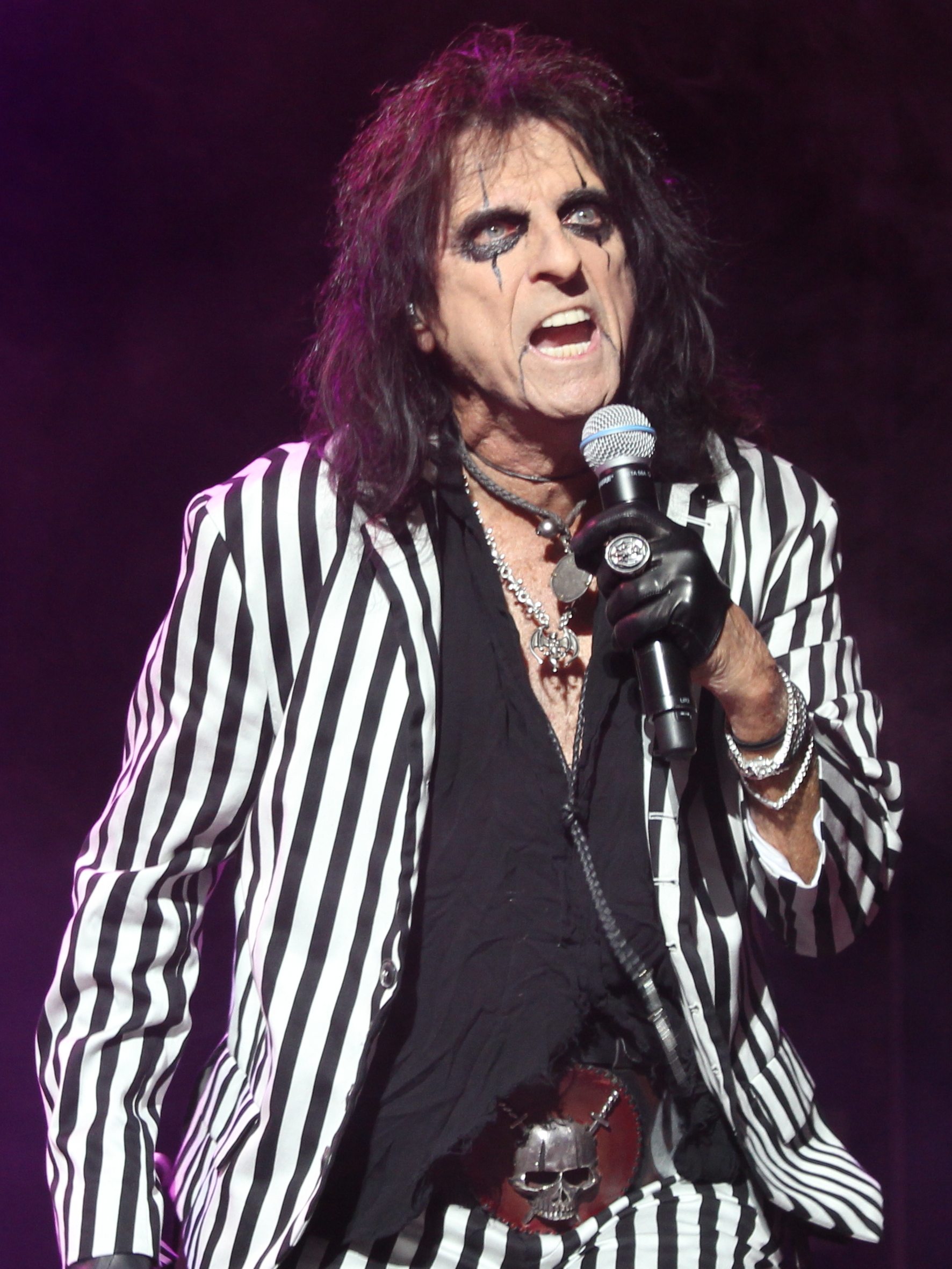 Known as the Godfather of Shock Rock, Cooper also hit the bottle pretty hard in his his time, before kicking it in the mid-1980s.

Cooper, raised by a father who was an Evangelist in The Church of Jesus Christ, lost his religion in adulthood. 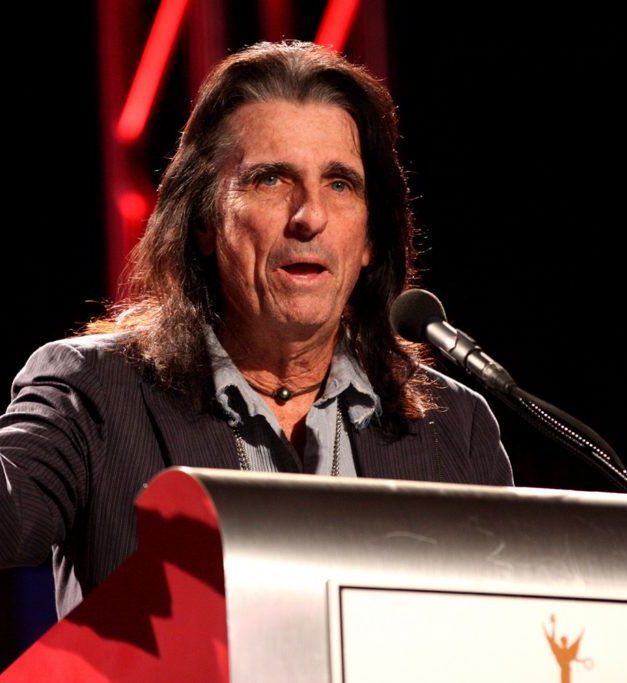 However, by the time Cooper had gotten back on the wagon in the 80s, he found himself born again. He now says: “When you believe in God, you’ve got to believe in the all-powerful God… He has total control over everyone’s life”. 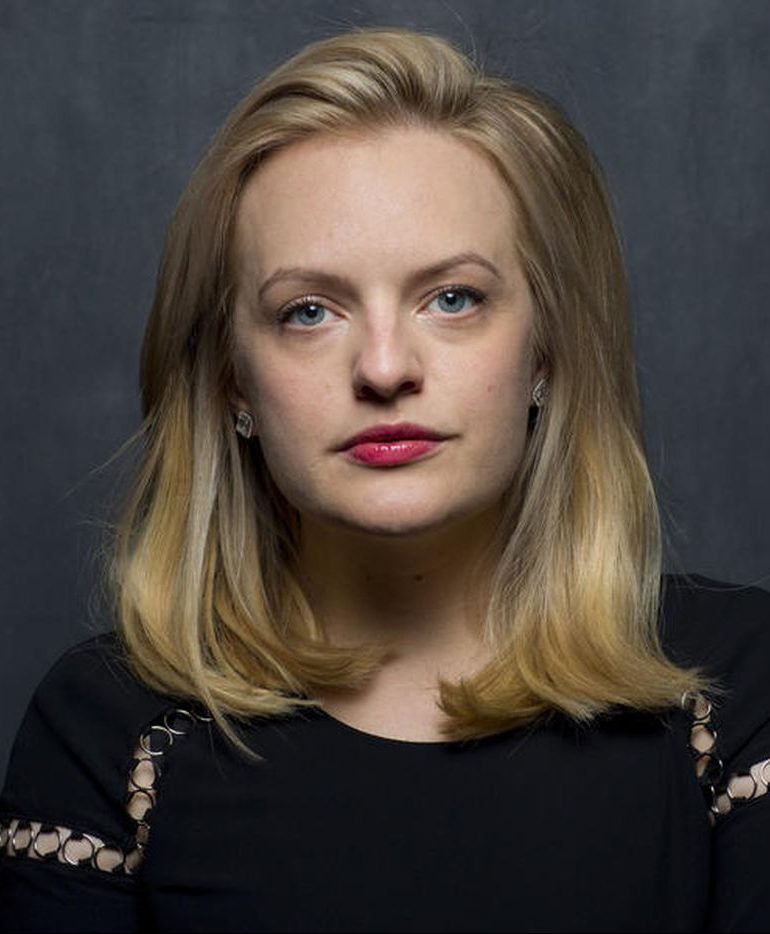 Since playing Peggy Olsen made her a household name, Moss has also taken prominent roles in The Handmaid’s Tale and Top of the Lake, cementing her as one of the best actresses of the age.

It may be surprising for some people to learn that Moss, a happily outspoken feminist, is also a proud Scientologist. 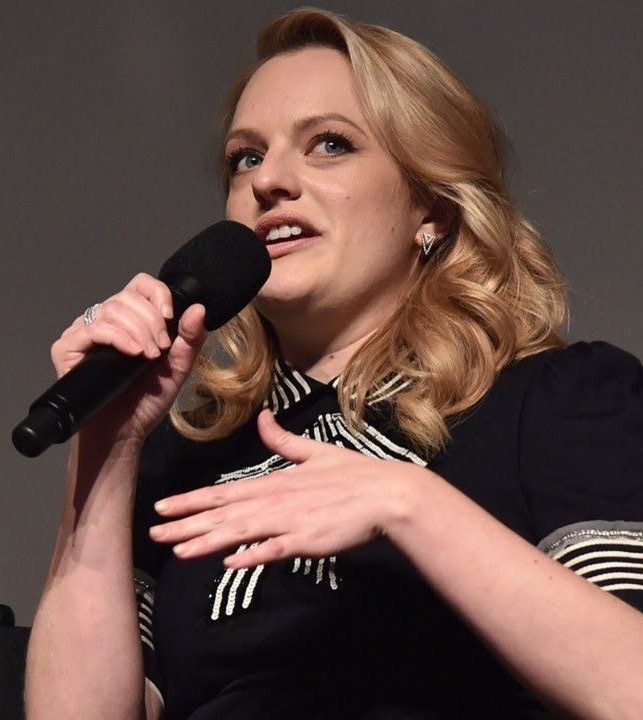 Moss was raised in the LA-based cult, and insists that it’s possible to be both Scientologist and pro-gender equality, writing in 2017 that “religious freedom and tolerance and understanding the truth and equal rights for every race, religion and creed are extremely important” to her.

Legendary American comedian, revered by both critics and audiences for his sketch comedy Chappelle’s Show in the mid-2000s. 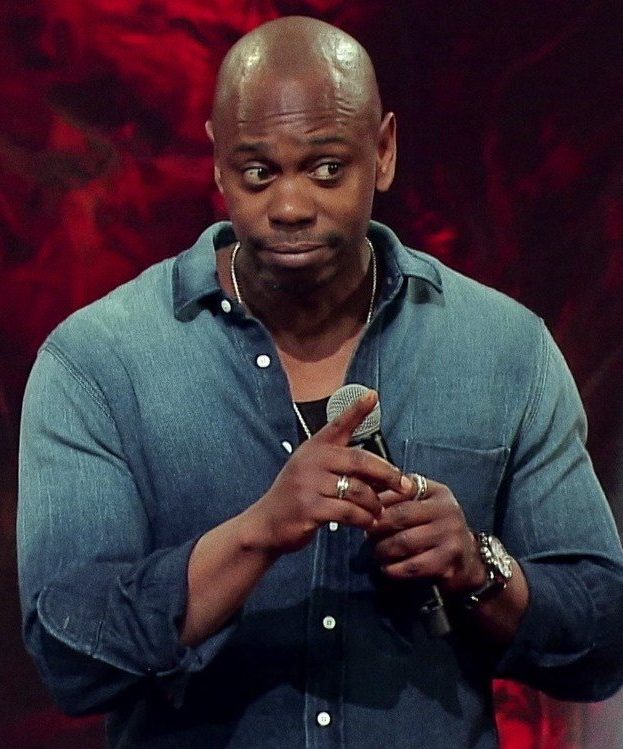 Lately, after a lengthy absence, Chappelle has made a comeback with a few standup specials and an appearance in Bradley Cooper’s A Star Is Born.

Raised by a mother who was a spiritualist minister, Chappelle found God when he converted to Islam in 1998. 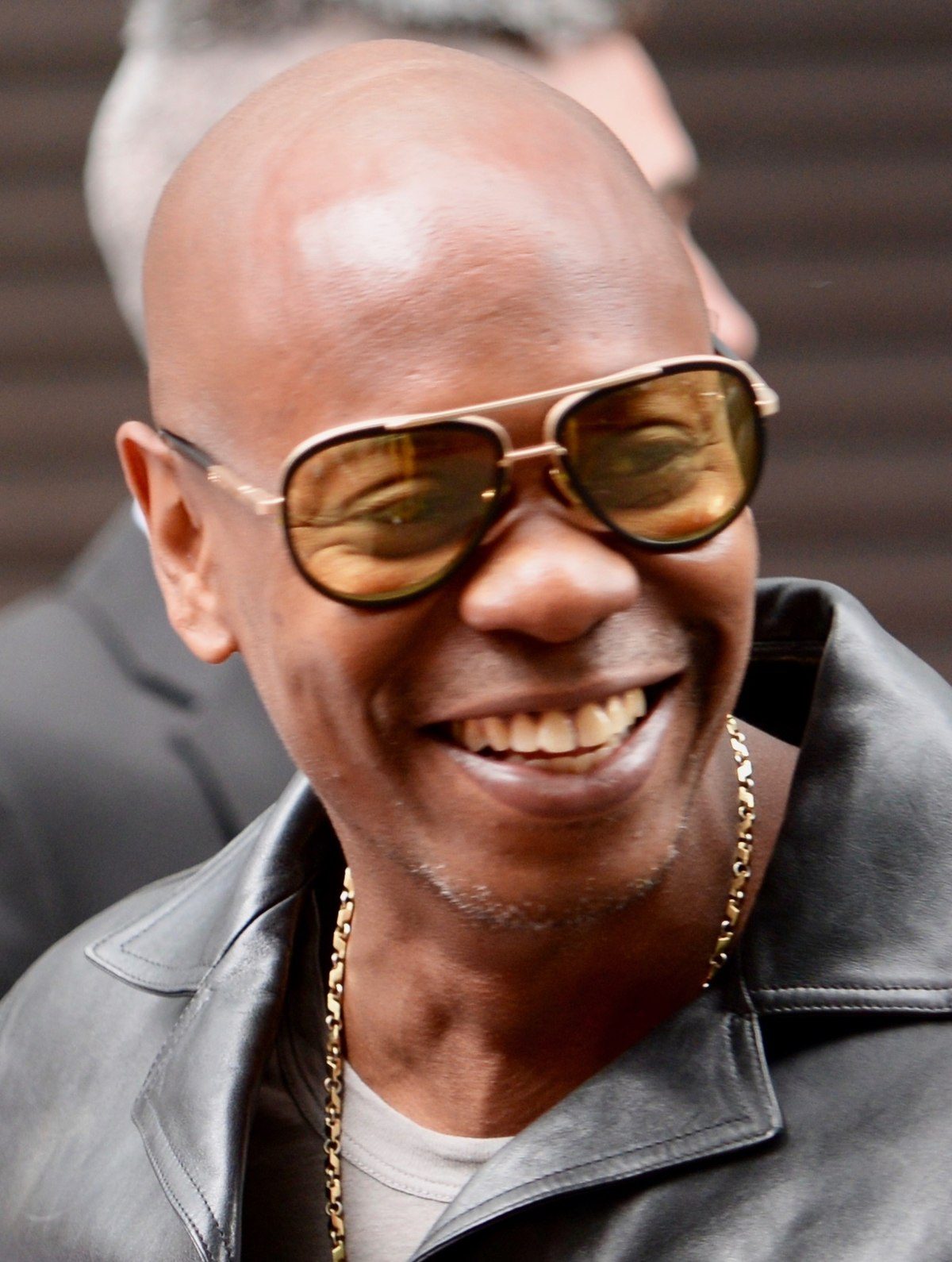 In a 2005 interview, Chappelle explained about his decision to become a Muslim: “I don’t want people to associate me and my flaws with this beautiful thing. And I believe it is beautiful if you learn it the right way”.

Former actor, who starred as Jake Harper in the popular CBS sitcom Two and a Half Men, from 2003 to 2015. 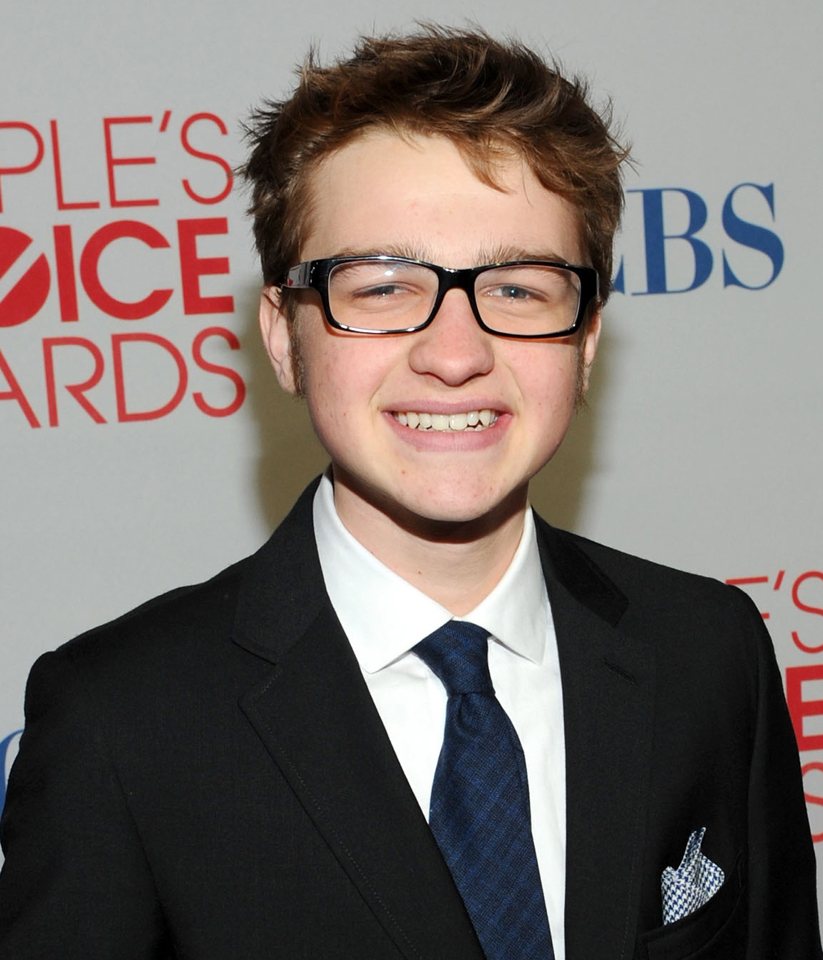 Over ten seasons, Jones became the highest-paid child star on the planet, eventually making $300,000 per episode.

By his late teens, after having spent years of his life on Two and a Half Men, Jones had embraced Christianity hard, and was turning against the show that made him famous because of it. 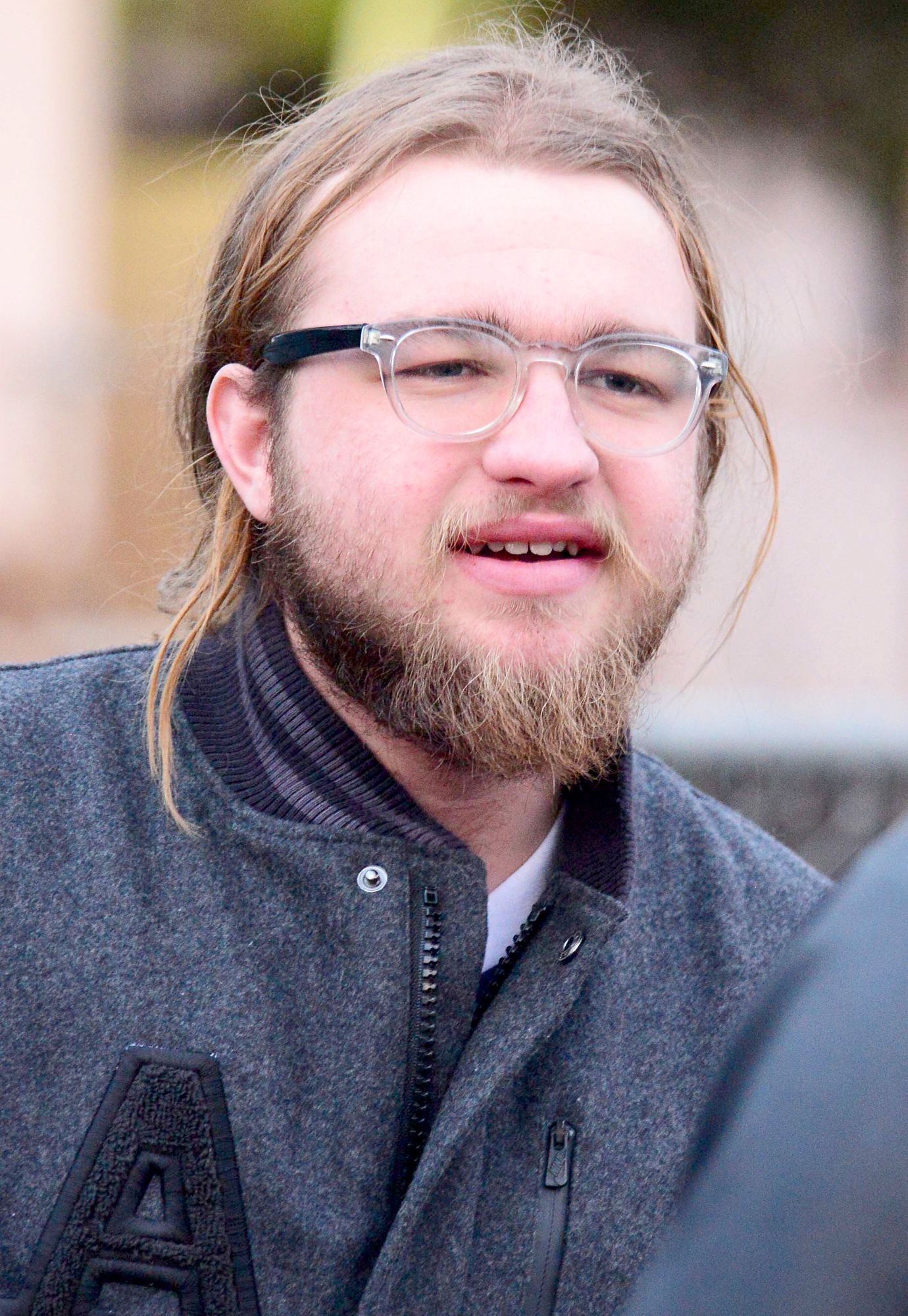 In a 2012 interview, Jones told Seventh-Day Adventist filmmaker Christopher Hudson that “You cannot be a true God-fearing person and be on a television show like that”.

Jones went on to ask fans of the show to “Please stop watching it. Please stop filling your head with filth.”