10 amazing Facts From The Files Of Police Squad!

Ah, Police Squad, the show that introduced us to Detective Frank Drebin, who would go on to appear in the Naked Gun films and create almost a new genre of spoof movies of its own.

Leslie Nielsen was fantastic as Drebin, and the show was one of those rarities that got funnier each time you watched it as you noticed different things each time. Join us as we look back at this fantastic show, with some facts that you probably didn’t realise…

1. The creators did not want to have a laughter track.

David and Jerry Zucker, along with Jim Abrahams put their feet down and wouldn’t change their opinion when ABC wanted the show to have a laughter track added. Do you think they made the right decision?

2. A big name sadly had to be cut from the show

The amazingly talented John Belushi filmed a cameo for one episode of Police Squad, in which he was seen underwater wearing “cement shoes”. Belushi sadly died before the episode aired and so the part was changed and his character re-cast out of respect for the actor.

Following the success of The Naked Gun and The Naked Gun 2 1/2: The Smell of Fear, the series of Police Squad was re-shown on TV, and the producers wanted to include and re-cut John Belushi’s cameo in to the show. However, they were unable to locate the footage and it is now presumed lost forever!

4. If you were a famous guest star on this show, you knew it would end badly for you…

Each episode featured a special guest star, who would then be killed off in the opening credits. Highlights included Florence Henderson being shot in a musical number, and William Shatner appearing to survive a burst of machine gun fire only to drink poisoned wine!

6. The show had an on-going gag that didn’t go on

In the first four episodes of Police Squad, Drebin would run over a set of objects and there would be the same number as the number of the episode, so 3 bikes, 4 garbage cans, etc, but this did not carry on for episodes 5 and 6 and it’s unclear why this was.

7. Gandhi could have appeared!

In the first season, Abraham Lincoln would be seen shooting back with a pistol when he is shot at, and had there been a second season of Police Squad, they would have had a similar sequence in which Gandhi would have pulled out a machine gun at his shooter! For some reason we’re kind of glad this didn’t happen! 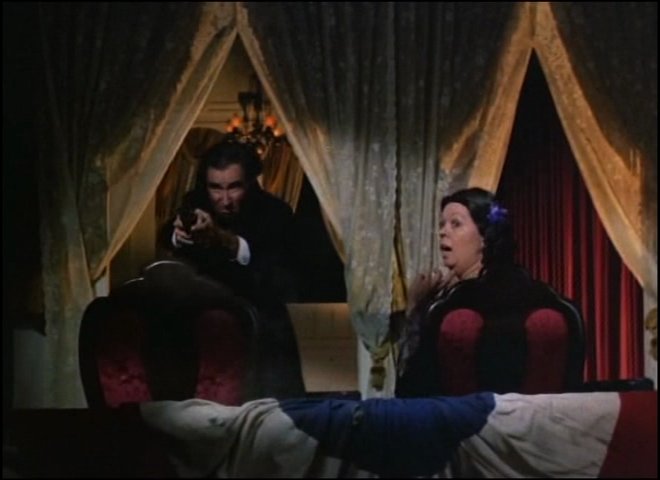 8. Frank Drebin could have been very different!

Leslie Nielsen was actually the second choice for the part of Frank Drebin, with the role first being offered to Robert Stack who turned it down. Can you imagine anyone else other than Nielsen in the role?

9. Drebin liked to state the obvious

In a running joke, in each episode Drebin would hold out a packet to someone and offer politely, “Cigarette”? Each time, the person being offered would say something along the lines of, “yes they are”. 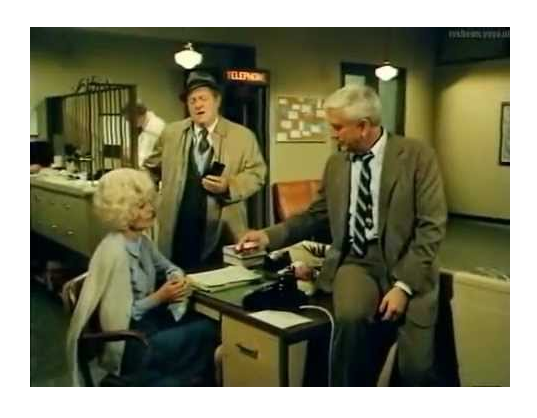 In an episode of the popular Saturday night TV show, Noel’s House Party, in 1994, Leslie Nielsen appeared in character as Frank Drebin, and he and Noel even did the famous freeze-frame ending seen in the episodes of Police Squad! 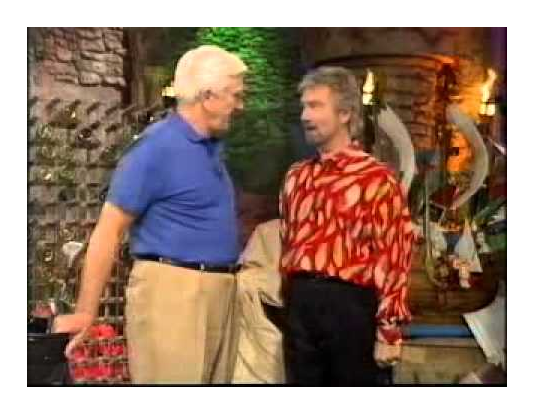 Has this brought back lots of memories about Police Squad, and the amazing Naked Gun films? Let us know all your thoughts and memories about the show and the films in the comments as always!