You Won’t Believe What The Cast Of The Evil Dead Look Like Now!

Anytime we talk about horror movies of the 80s, The Evil Dead is a title that always comes up. Made right at the start of the decade in 1981, it was a shoestring independent production from a bunch of inexperienced youngsters, led by a first-time feature filmmaker named Sam Raimi.

On paper, The Evil Dead doesn’t sound especially innovative. It centres on a quintet of largely anonymous college-age kids who venture out to a remote cabin in the woods for the weekend. Whilst there, they unknowingly play a tape recording which summons unseen demonic spirits.

It may start out simply enough, but once the kids find themselves being possessed one-by-one, things get truly insane. The Evil Dead presents a level of intense horror which still has the power to shock audiences all these years later.

Indeed, considering how much more comedic the franchise became in the sequels and TV spin-off Ash vs. Evil Dead, it’s easy to forget just how intense the original film is. The Evil Dead truly appalled many viewers at the time, leading to it being heavily censored in many countries and banned outright in Britain for several years.

The film launched director Sam Raimi, who went on to call the shots on such huge blockbusters as the original Spider-Man trilogy. But what of the young actors who at times truly suffered for their art in production on The Evil Dead? Let’s catch up with the five stars of the original film and see what they’re up to now. 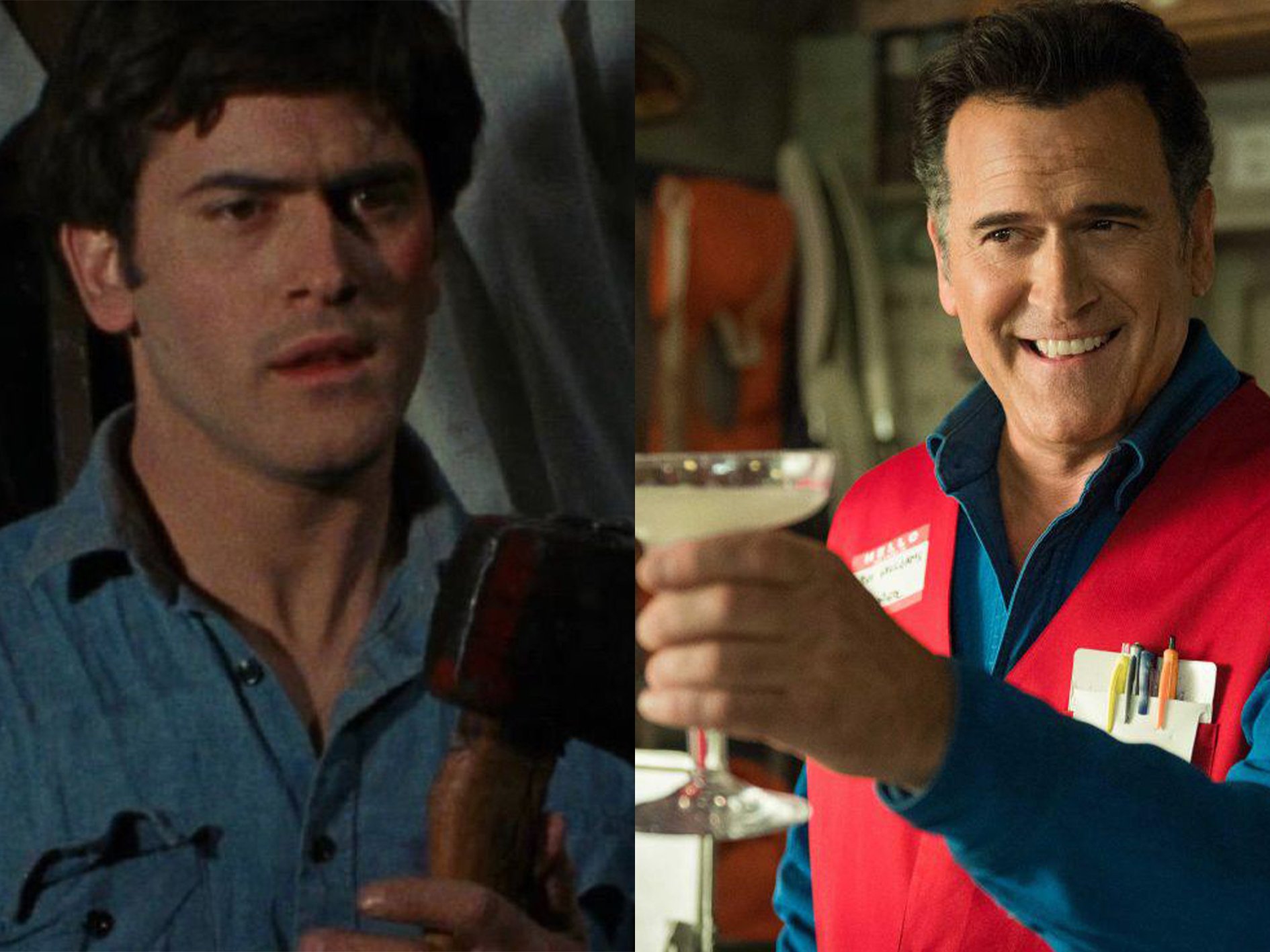 Bruce Campbell had been friends with director Sam Raimi and producer Rob Tapert since school, and the trio had collaborated on numerous short films before breaking into features with The Evil Dead. Campbell has been synonymous with the series and the character of Ash Williams ever since. He’s reprised the role in Evil Dead 2, third film Army of Darkness, and a number of video games. However, since production wrapped on recent TV spin-off Ash vs. Evil Dead, Campbell says he’s retired from the role.

Away from Ash, Campbell has enjoyed small screen success on Burn Notice, and had a recurring role on Xena: Warrior Princess and Hercules: The Legendary Journeys. He’s also taken plenty of bit parts in major films (including many Sam Raimi productions), and has taken the lead in more low-budget horror movies than you can shake a stick at, as well as directing a couple of his own. 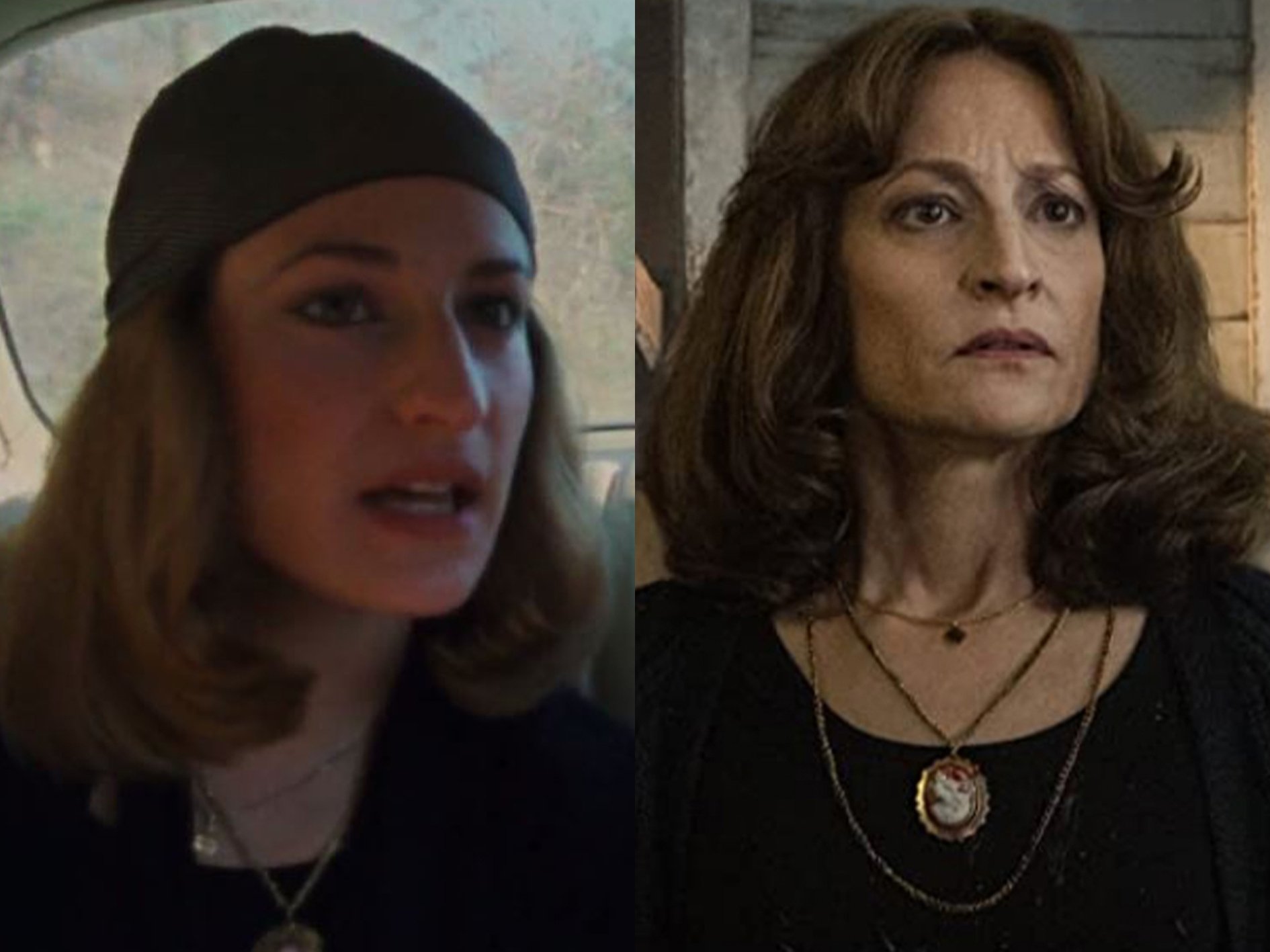 Ellen Sandweiss had appeared alongside Bruce Campbell in a number of Sam Raimi-directed shorts before taking the role of Ash’s sister Cheryl in The Evil Dead. This proved to be a pretty gruelling experience for the young actress, not least because of the infamous sequence in which Cheryl is brutalised in the woods.

After The Evil Dead, it would be 25 years before Sandweiss made another film, but she’s clocked up a fair few credits since then, mainly in low budget independent films. She’s reunited with Campbell on his 2007 directorial effort My Name Is Bruce, and reprised the role of Cheryl in two episodes of Ash vs. Evil Dead, and teamed up with fellow Evil Dead ladies Theresa Tilly and Betsy Baker on 2009 TV show Dangerous Women. 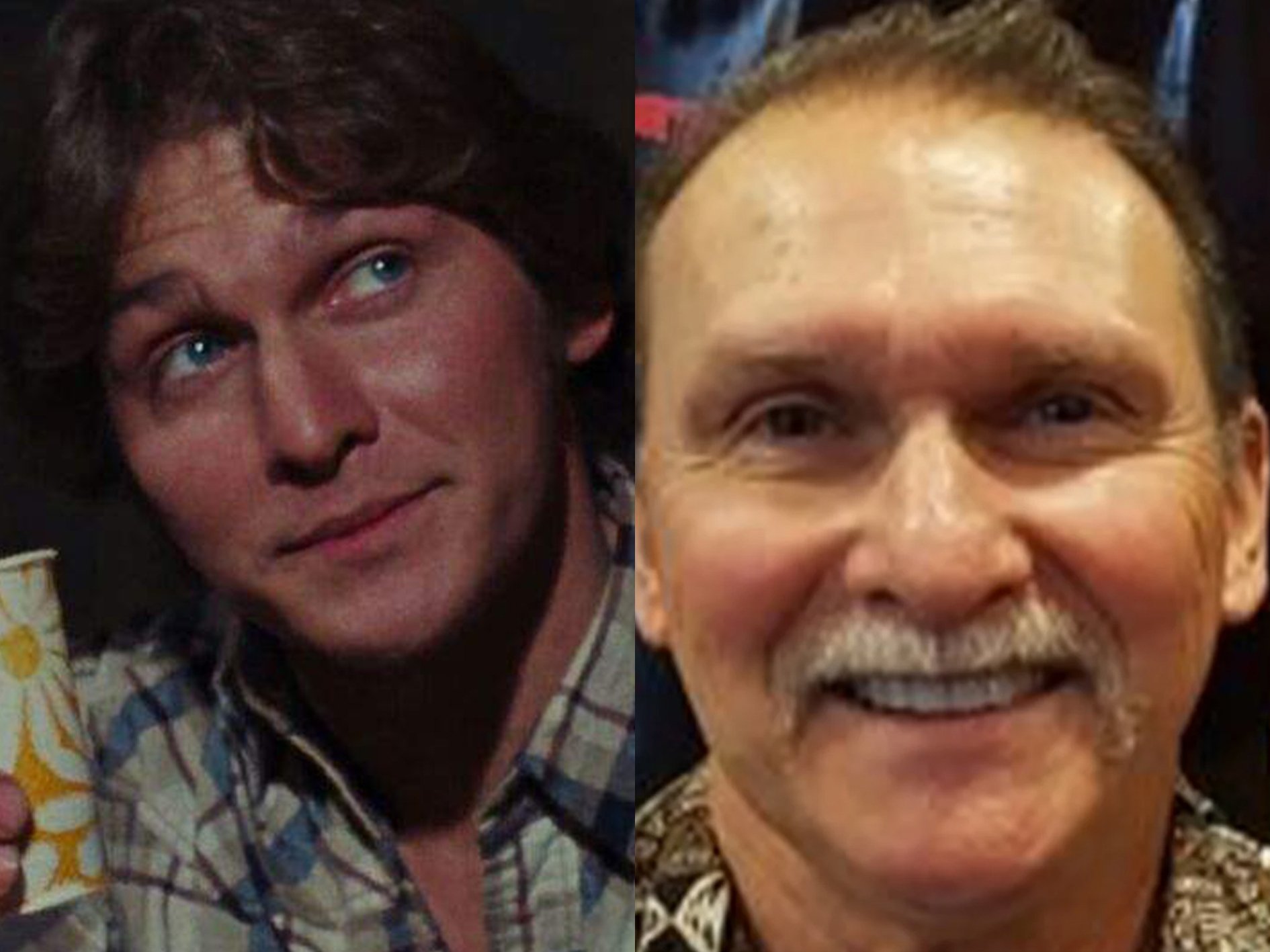 Because The Evil Dead was a non-union production, Richard Demanincor appeared as Scotty under the alias Hal DelRich, so as not to get in trouble with the Screen Actors Guild. However, due to the success of the low budget gore-fest, he’s often gone by Hal DelRich professionally in the years since.

Aside from a bit part in Sam Raimi’s largely forgotten second film Crimewave, Demanincor largely dropped out of the entertainment industry after The Evil Dead. He stayed out of the public eye for many years, but by around 2014 he started joining his fellow Evil Dead cast members on the fan convention circuit. 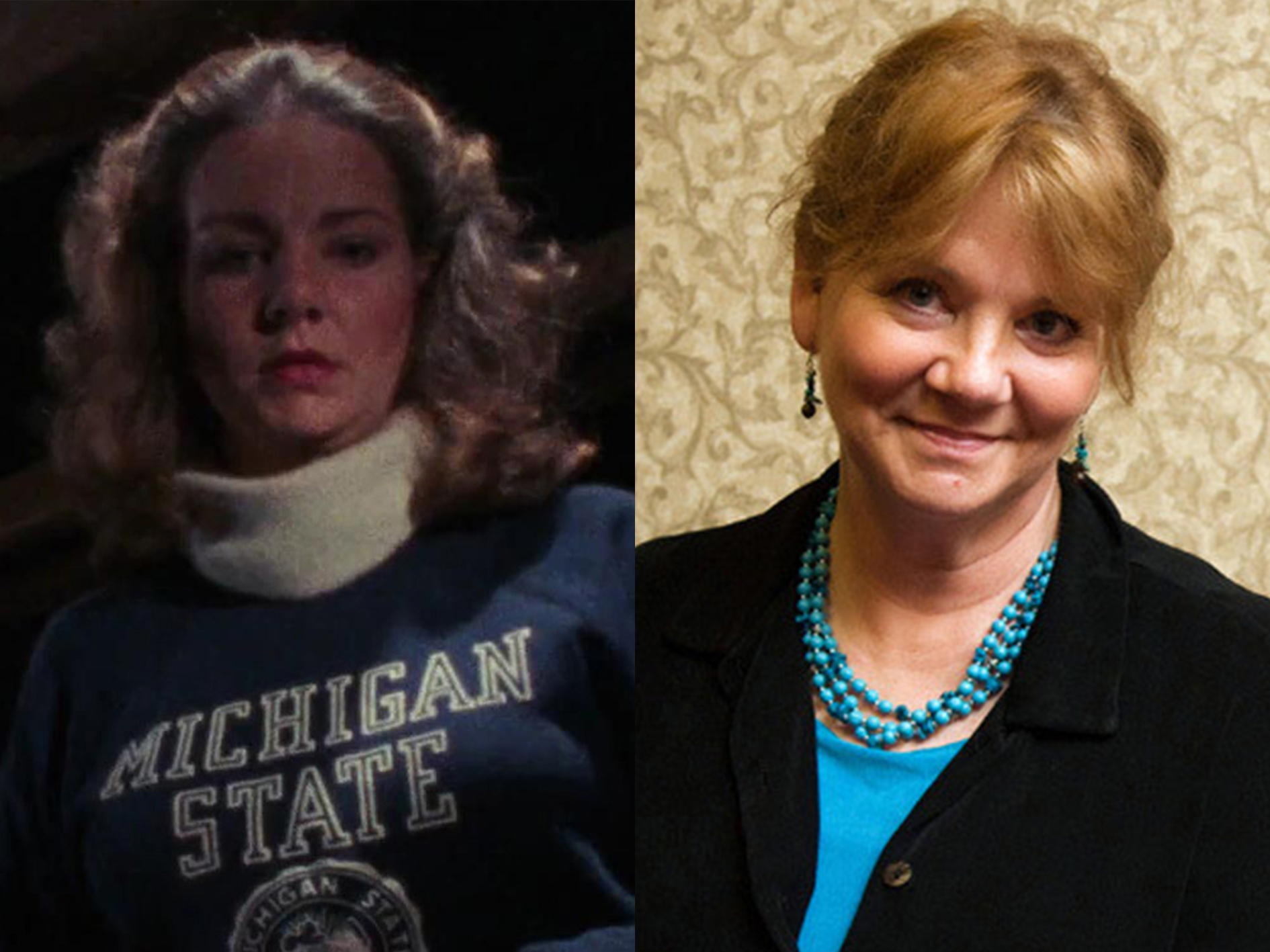 Like her co-stars, Betsy Baker had no experience of filmmaking when she took the role of Ash’s ill-fated girlfriend Linda in The Evil Dead (a role that was later taken by Denise Bixler in Evil Dead 2, and Bridget Fonda in Army of Darkness). After the film’s release, Baker stepped away from acting to concentrate on motherhood.

However, in the mid-2000s Baker got back in the game, and she’s clocked up more than 70 screen credits in the years since. These include the aforementioned TV show Dangerous Women, numerous independent horror films, and appearances on such major TV shows as ER, American Horror Story and Shameless. 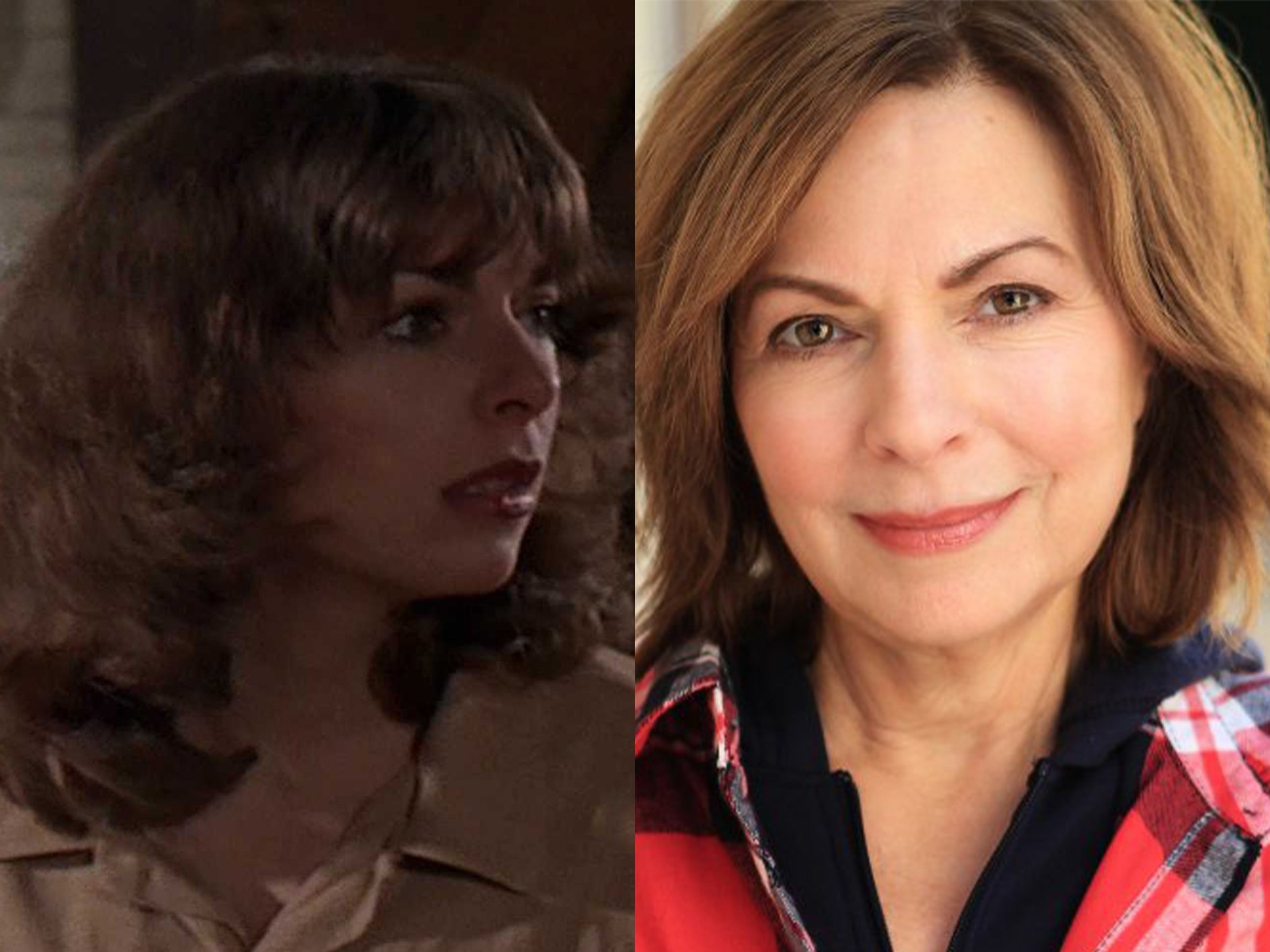 Theresa Tilly was another SAG-accredited actor who appeared in non-union production The Evil Dead under an alias to avoid trouble with the guild. As Sarah York, she took the part of Scotty’s girlfriend Shelly, who is memorably possessed when the unseen force comes crashing through her window.

After The Evil Dead, Tilly pursued stand-up comedy, singing and voiceover work before getting back into acting in the 90s. She’s since appeared in a number of TV shows and movies as well as working in theatre, and has regularly appeared at fan conventions with her fellow Evil Dead alumni.