You Might Not Have Known These Systematic, Automatic, Hydromatic Facts About Grease

Probably the best-loved musical of the 1970s, Grease has been a lifelong favourite film for generations of viewers. Set in 1958, it follows the adventures of rebellious teen Danny Zuko (John Travolta), leader of the T-Birds greaser gang, whose world is turned upside down when his summer fling Sandy (Olivia Newton-John) unexpectedly enrolls at his high school. Loaded with unforgettable songs and risque humour, Grease is an indisputable classic – but did you know the following facts about the film?

10. It was almost made as an R-rated animated movie 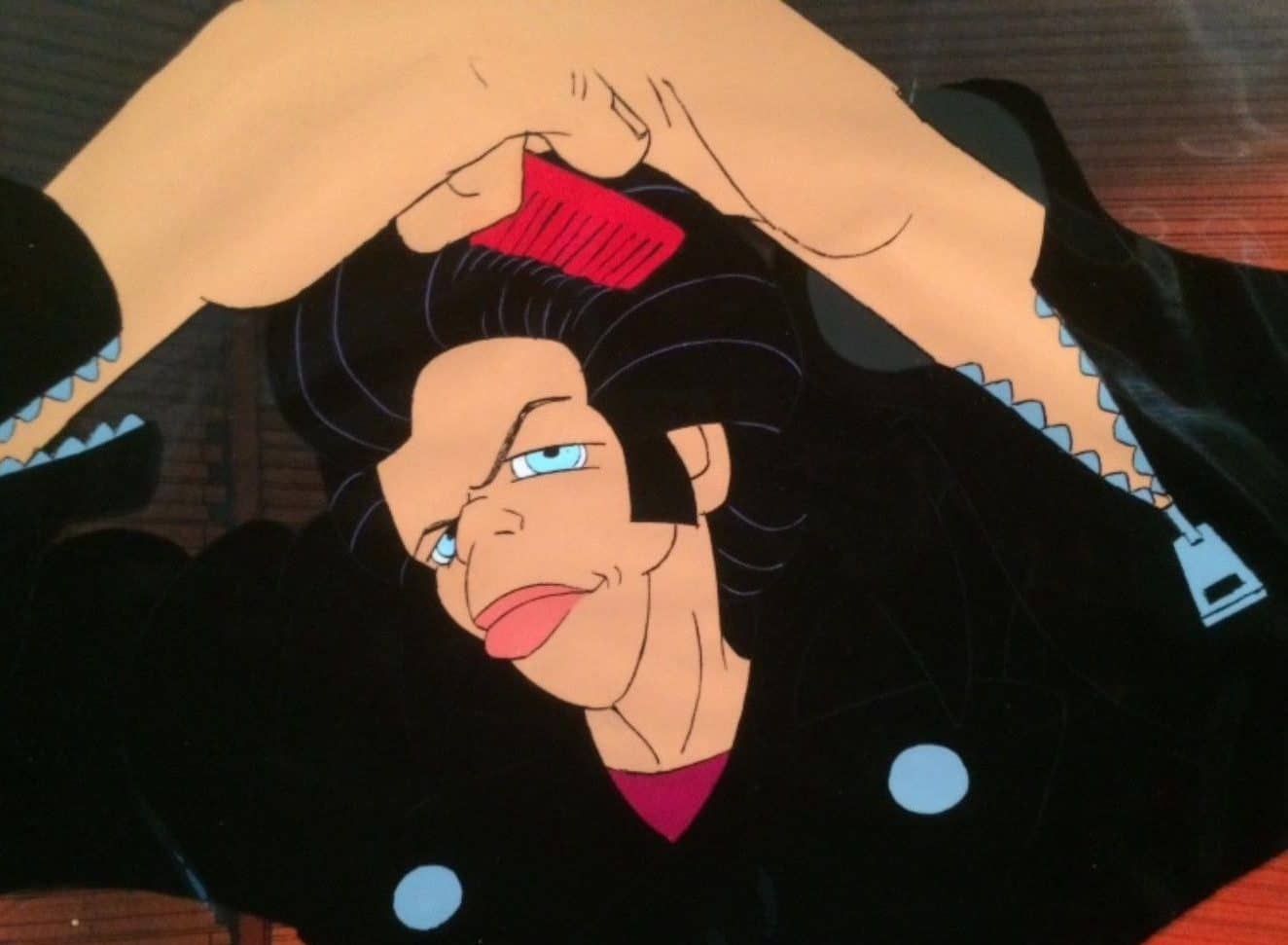 Grease began life as a stage musical in 1971, and the film adaptation spent several years in development. The first filmmaker to try to get the rights was Ralph Bakshi (the animator behind 1978’s unfinished Lord of the Rings and 1992’s Cool World), who wanted to make Grease as a dark and edgy animated movie.

However, Grease creators Jim Jacobs and Warren Casey weren’t keen on certain changes Bakshi wanted to make (including having Danny Zuko commit suicide), and turned him down. Bakshi would later take his ideas for a hard-edged 50s greaser story and incorporate them into his 1982 film Hey Good Lookin’.

9. The cast were all much too old to be in high school 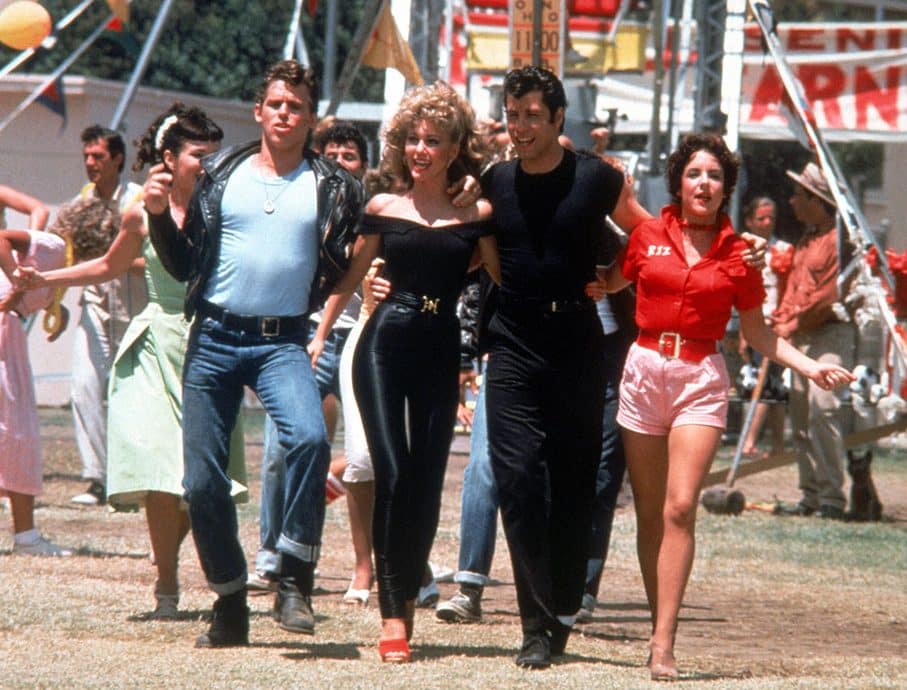 Grease is set at Rydell High, and follows the cast on their senior year, meaning they should all be between 18 and 19 years of age. However, as is not too uncommon in movies set at high school, all the actors in Grease were well past that age in reality.

To list but a few: Olivia Newton-John was 29, John Travolta was 24 and Jeff Conaway (Kenickie) was 27. Eldest of the lot was Stockard Channing (Rizzo), who was 34 at the time.

8. Henry ‘The Fonz’ Winkler could have played Danny 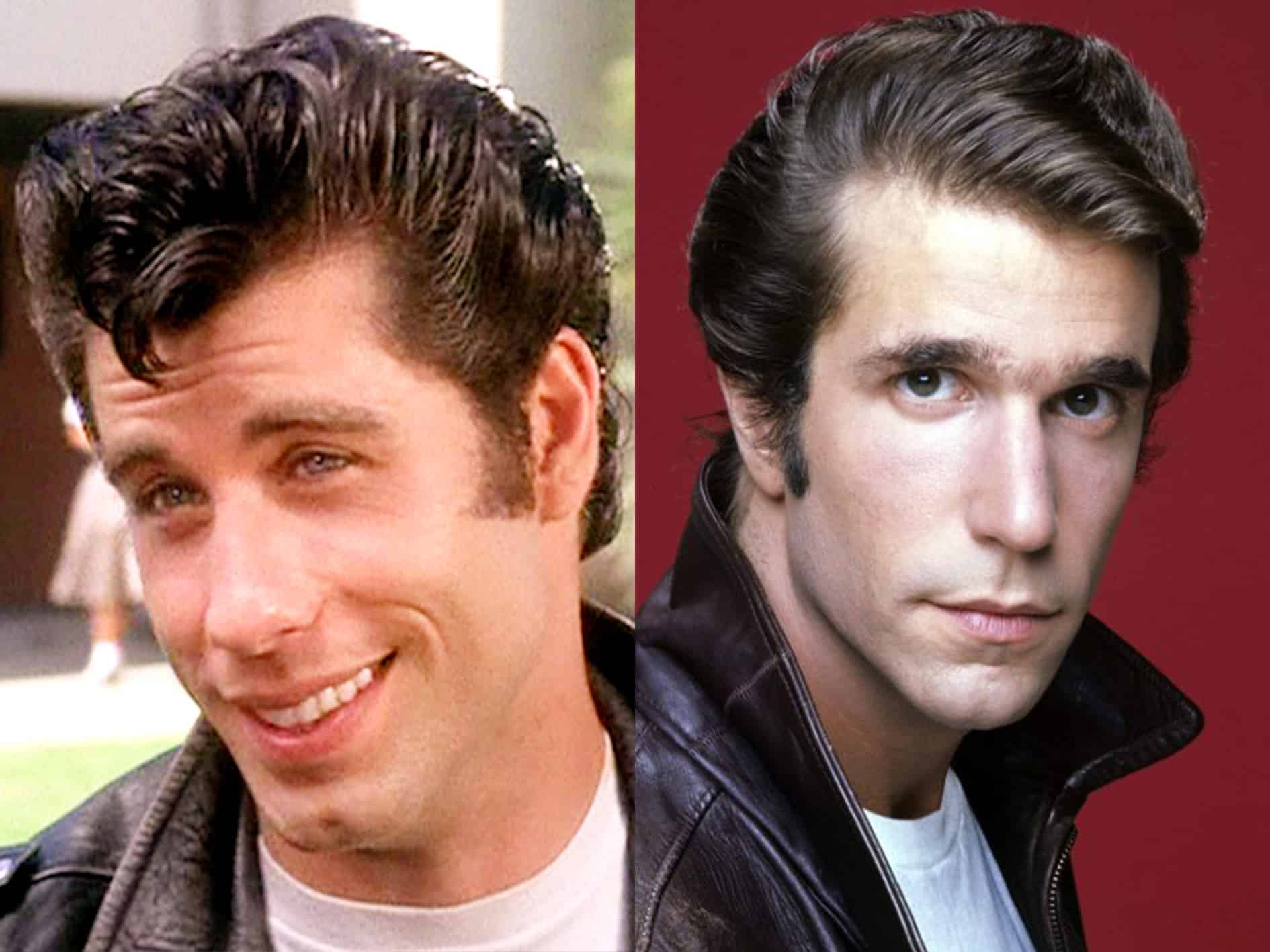 By the time Grease opened in 1978, leading man John Travolta had become a big star thanks to 1977’s Saturday Night Fever, but prior to that Travolta was an almost total unknown. For this reason, the producers of Grease originally had a much bigger name in mind for Danny.

The first actor offered the part was Henry Winkler, then at the height of his fame as Arthur ‘The Fonz’ Fonzarelli on beloved 50s-set sitcom Happy Days. Winkler declined, feeling it would be too obvious for him to play another 50s greaser. 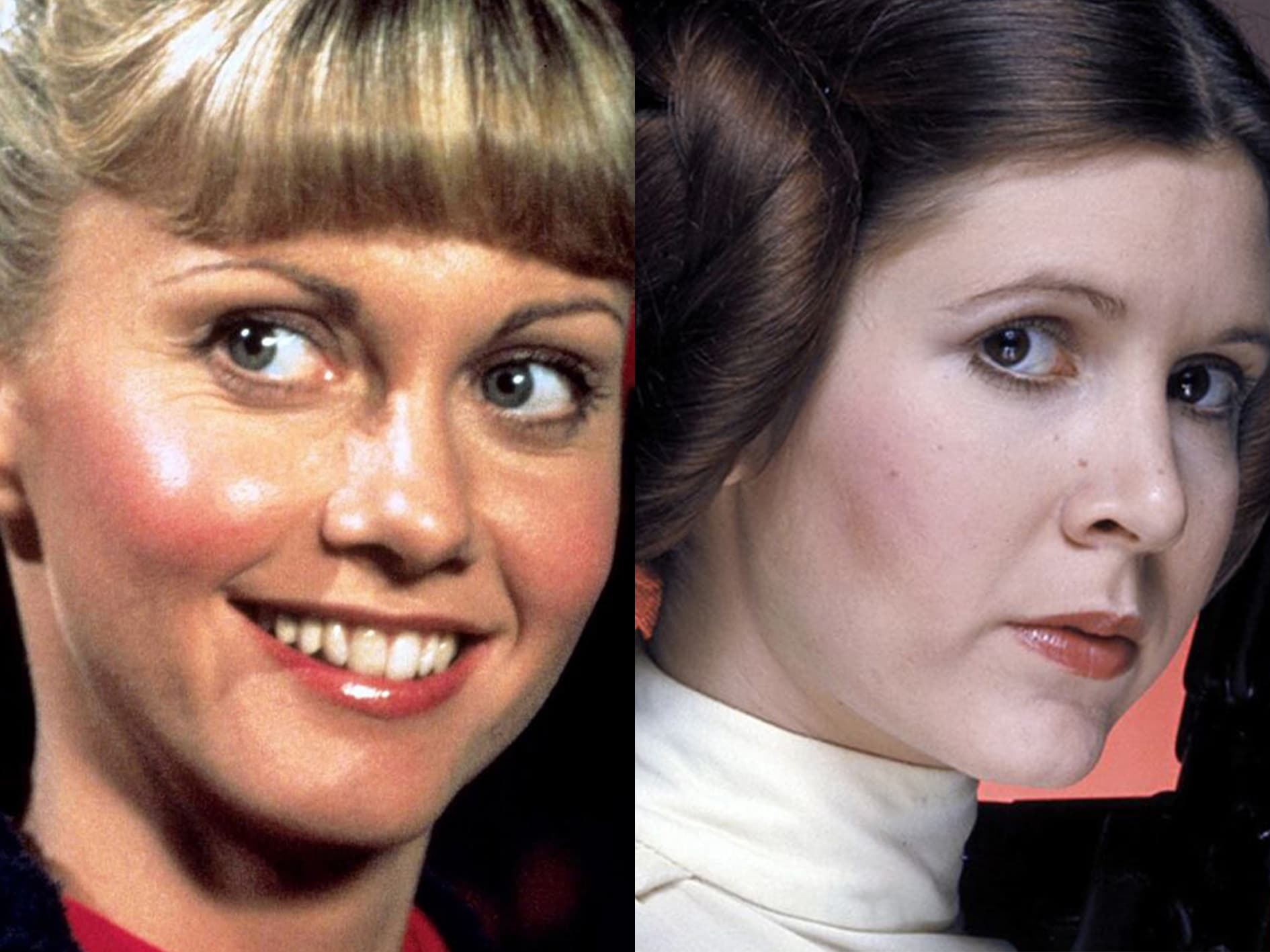 Shortly before cameras rolled on Grease, work was underway on what would be 1977’s biggest movie, Star Wars. George Lucas was an old college buddy of Grease director Randal Kleiser’s, and Lucas suggested that Kleiser should consider Princess Leia actress Carrie Fisher for the role of Sandy.

At 20, Fisher was far closer to the character’s age than most of the Grease cast would be. Unfortunately, Kleiser had doubts about Fisher’s ability to sing and dance as well as act, so in the end she was not invited to audition.

6. Elvis Presley turned down the role of the Teen Angel 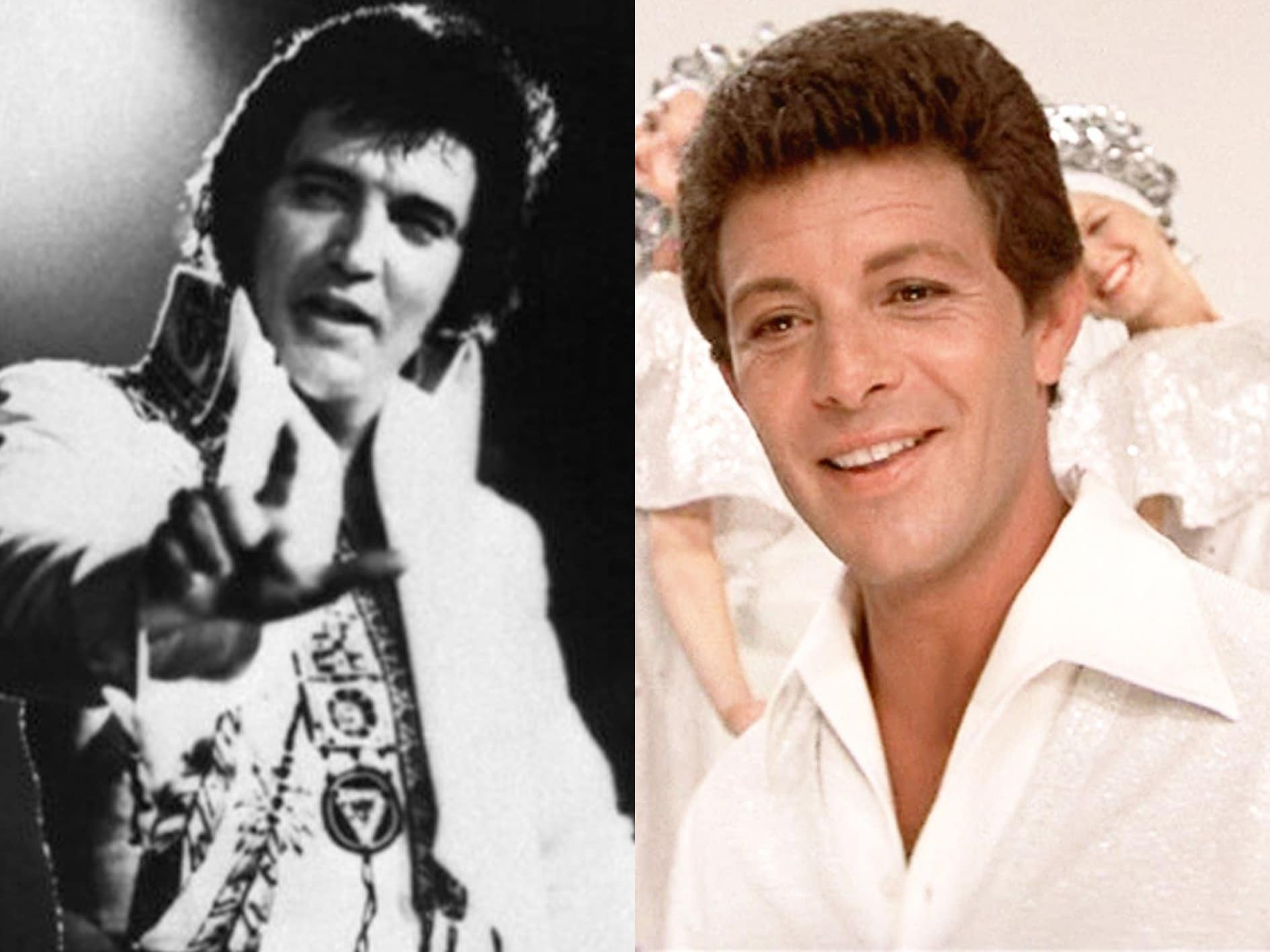 One brief but memorable moment in Grease sees Frenchy (Didi Conn) visited by a heavenly apparition of a rock ‘n’ roller dubbed the Teen Angel, who sings Beauty School Drop-Out. Originally, Grease’s casting directors aimed high with this role, offering it to none other than the King himself, Elvis Presley.

The ailing Presley declined, and would in fact pass away before his scene was scheduled to be shot. Instead, the part of the Teen Angel went to singer and teen movie veteran Frankie Avalon.

5. Hopelessly Devoted to You wasn’t originally meant to be used in the film 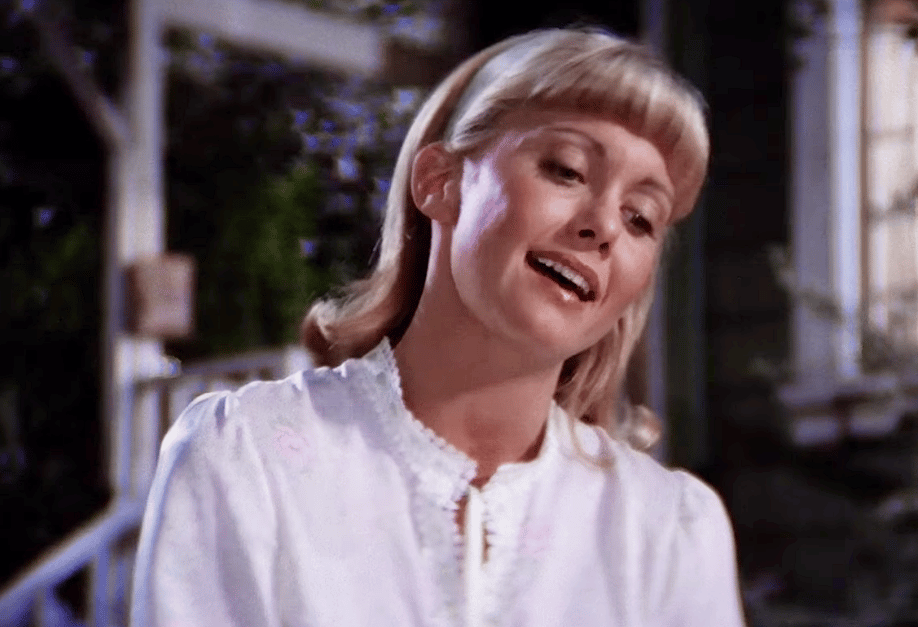 While Grease is based on the stage musical, the film diverges from the source material in a number of ways. One of the most notable additions in the movie is the song Hopelessly Devoted to You. This was written late in production, as Olivia Newton-John’s contract entitled her to a solo song, which Sandy did not have in the original stage show. It wound up being the last scene shot.

Hopelessly Devoted to You wound up being a top 20 hit, and was nominated for Best Original Song at the Oscars to boot. In the years since, most stage productions of Grease have also included the song.

4. Any images of Coca-Cola had to be blurred out 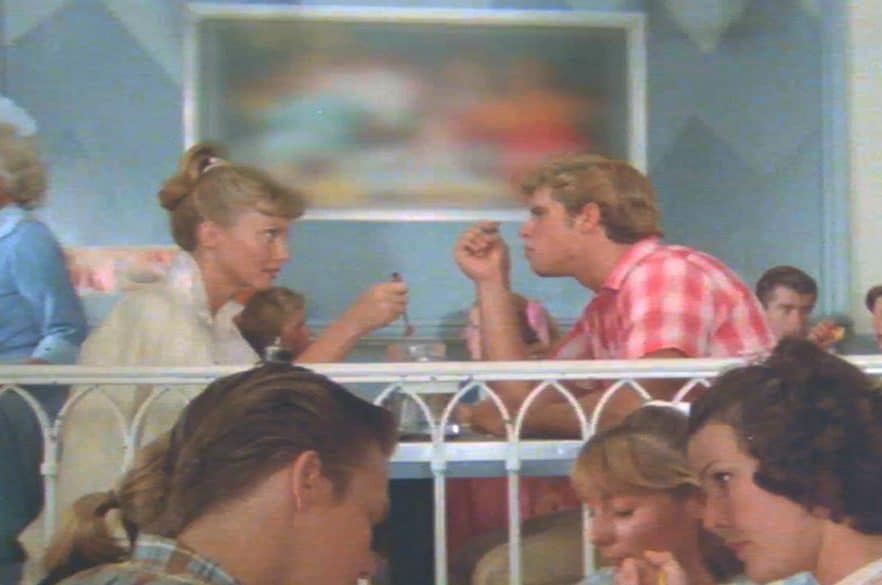 During the editing process on Grease, the filmmakers were faced with a sizeable problem of a commercial, rather than artistic nature. Some key scenes were set in malt shop The Frosty Palace, and as is the norm for such locations, there was no shortage of Coca-Cola advertising.

However, the producers had signed a product placement deal with Pepsi, which meant that the cola company’s biggest rival could not be so prominently featured. Today such issues would be fixed with CGI, but all the makers of Grease could do was blur out frame by frame all images featuring the Coca-Cola logo.

3. Olivia Newton-John Had to be sewn into her leather pants 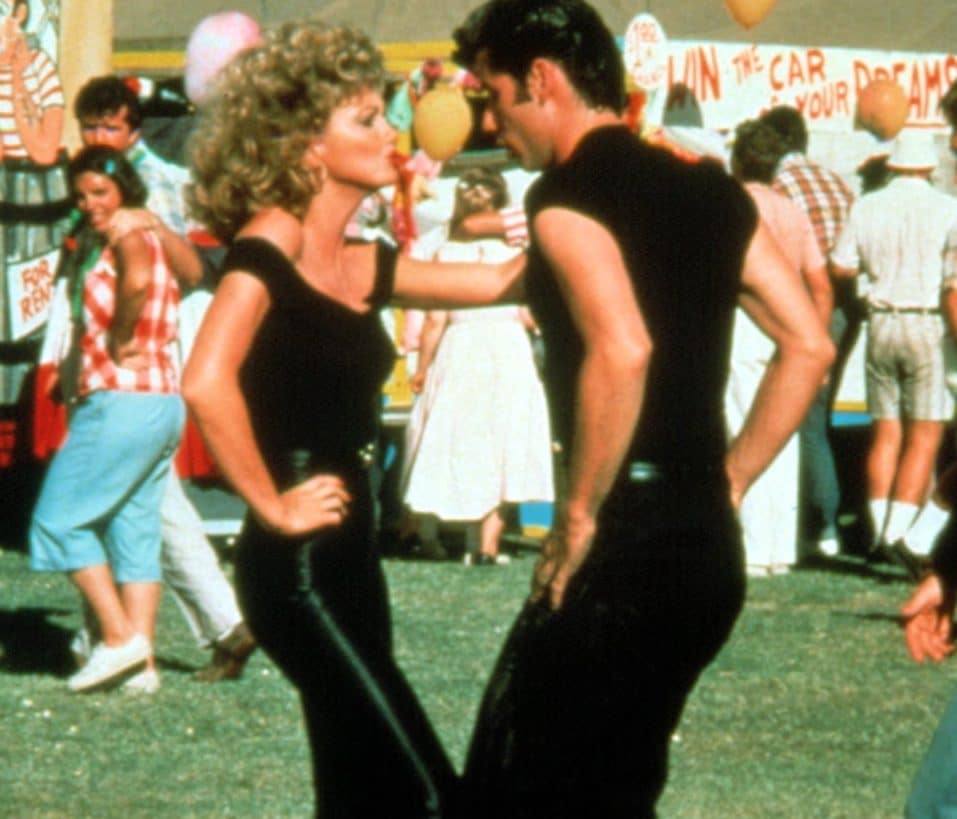 The distinctive costumes are a key part of what makes Grease so memorable – and arguably no one outfit in the movie is such an eye-opener as the skin-tight black T-shirt and leather pants combo worn by Olivia Newton-John’s Sandy in the final scene.

When we say this costume was skin tight, we mean this quite literally. Newton-John has confirmed the pants had to be sewn on around her. 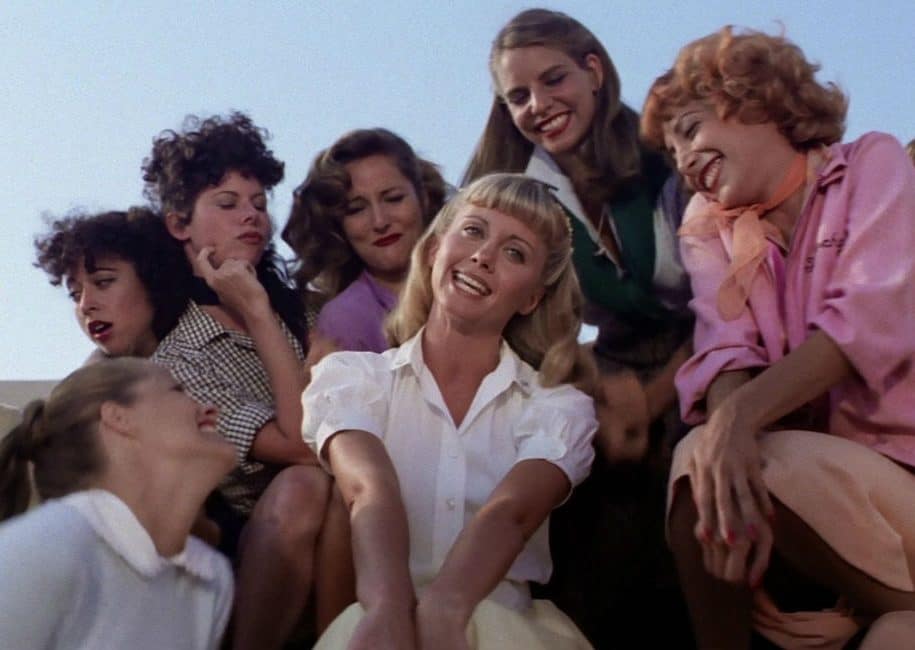 Another key change from Grease the stage show to Grease the movie is the nationality of Sandy. In the original script, she was every bit as all-American as the rest of the cast, but in the movie she is instead portrayed as Australian.

The reasoning behind this is extremely simple: it was a compromise to accommodate Olivia Newton-John, after the Aussie actress and singer was cast in the role.

1. It became the highest earning musical in film history 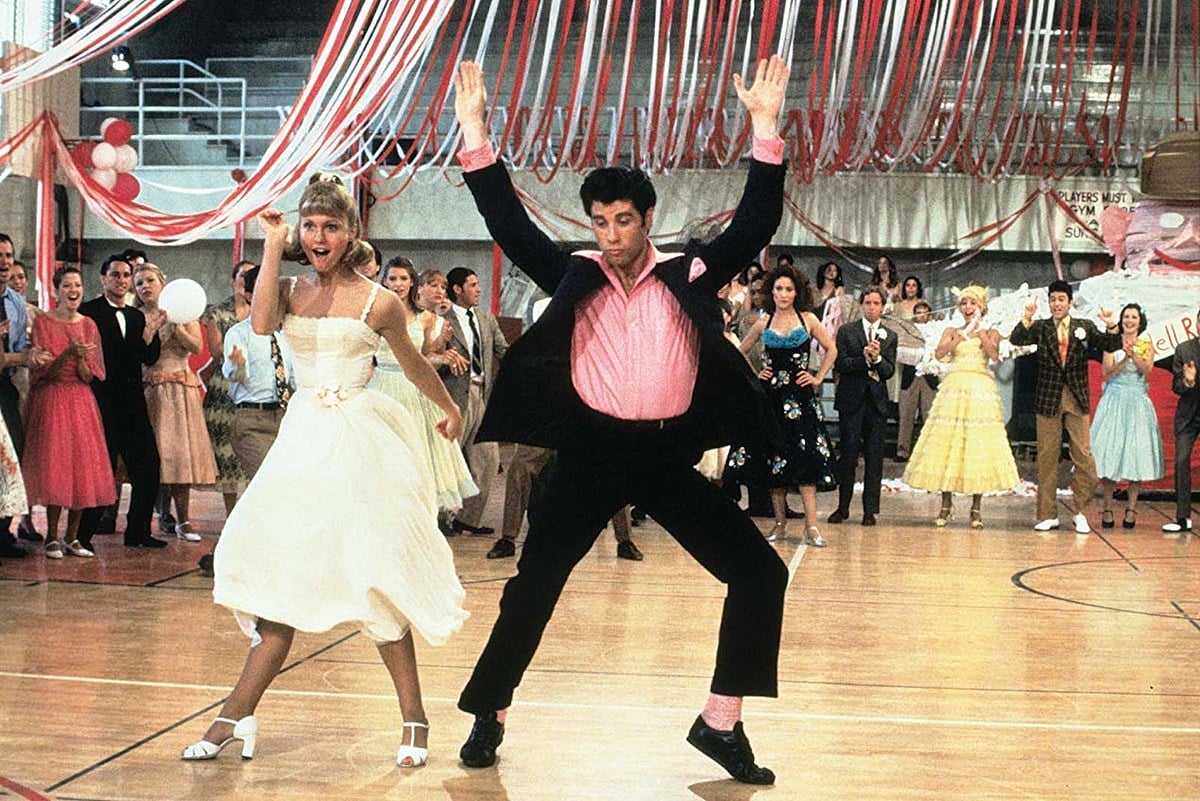 The Grease movie was a huge commercial success, earning a then-staggering $396.2 million worldwide. This made it the single biggest box office hit of 1978, and also the highest-earning big screen musical of all time.

Today, the record of highest-earning musical is held by the 2019 remake of The Lion King, which made over $1.65 billion at the box office.