He made millions laugh as Mini-Me in the Austin Powers series, but Verne Troyer was so much than his on-screen alter ego. The actor, stuntman and comedian, passed away two weeks ago at the age of 49, and was described as an “extremely caring individual” and a “fighter” by those closest to him.

Those who loved him included former castmate Mike Myers, who paid tribute to Troyer on Jimmy Kimmel: Live last night. As talk turned to his friend, Myers began to choke up and said: “Verne was a fantastic human being.”

“I worked with him for a long time … I always just want to make that point that, as written, Mini-Me is like almost a prop, but he brought it up off the page, made it better than written and we ended up giving him more and more stuff to do.” 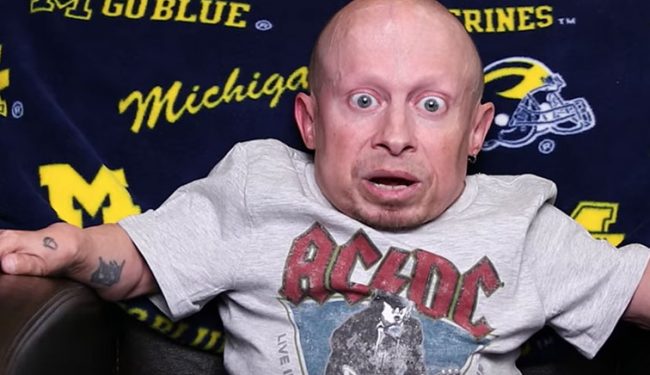 He also revealed that he had attended a memorial for Troyer, and praised the star’s dancing and comedic skills.

“He died at 49, he wasn’t supposed to live past his teens — and you saw 150 years of life in this photo montage [at the memorial service],” he shared.

He also mentioned a state dinner he’d attended during the era of Obama’s presidency for Canadian Prime Minister Justin Trudeau, where both politicians asked Myers about Troyer’s well-being, showing the depth of the impact the actor had during his lifetime. 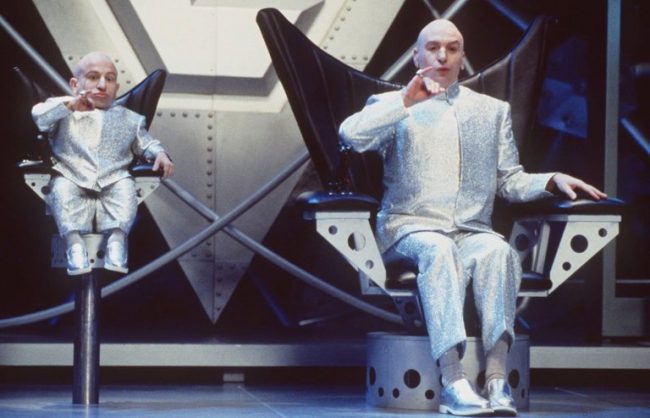 Troyer’s small stature was the result of Cartilage–hair hypoplasia, a rare genetic disorder. It manifests as short-form dwarfism due to skeletal dysplasia, and can also cause immunodefiency and a predisposition to certain forms of cancer.

Despite being one of the shortest men in the world at 2 ft 8 in (81 cm), Troyer never let it get him down. As well as starring in the Austin Powers franchise, he was also Griphook in the first Harry Potter movie, Harry Potter and the Philosopher’s Stone, and starred in the video for Ludacris’s song Number One Spot, which did indeed go to #1. Following his death, the rapper posted on Instagram: “RIP Verne Troyer aka Mini Me. You made it to that #1 Spot. Glad we got to make history together.” 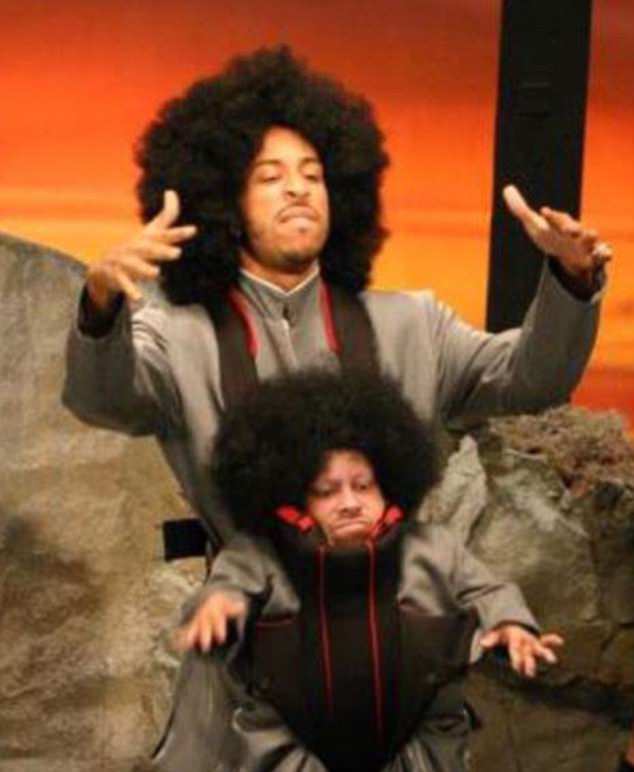 In recent years he’d also taken part in a range of reality TV shows, including Celebrity Big Brother in 2009.

He also spoke candidly about his battle with depression and alcoholism, which would eventually lead to his death.

In memory of the unique star, here’s 15 things you didn’t know about Verne Troyer.

1. Mini-Me Was So Popular, Mike Myers Had to Change the End to Austin Powers 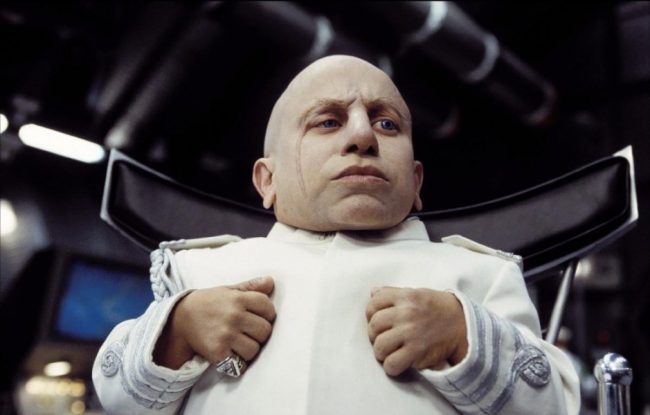 In the original cut of the first Austin Powers movie, Mini-Me died at the end. However, viewers loved him at the test screening and were sad when the character was killed of, so the finale had to be reshot.

Speaking to Oprah, Troyer said: “We had to go back and reshoot that because the crowd was upset that Mini-Me was no longer there.”

He also added that the cast was surprised the audience liked Mini-Me so much, and that the evil clone didn’t get a lot of screen time in the initial script.

2. He Was Raised Amish 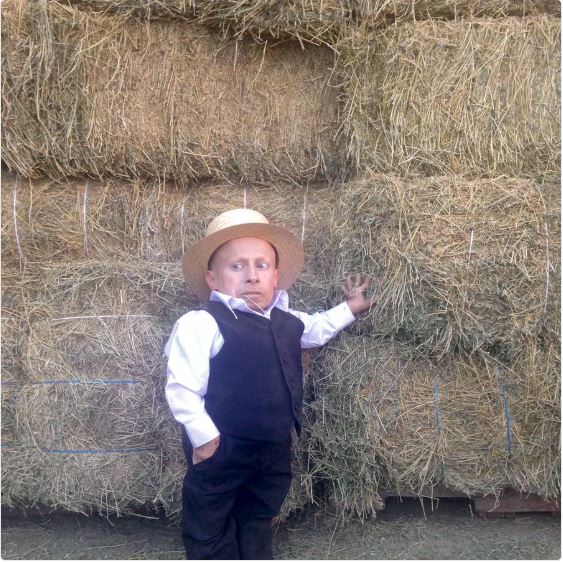 Troyer was born in Sturgis, Michigan, to a factory worker called Susan and a repairman called Reuben.

He also had two siblings, Davon and Deborah.

The family were Amish, but his parents left the faith while Troyer was still a child.

However, he did spent a lot of time during his youth visiting Amish relatives in Centreville, Michigan.

Troyer’s parents never treated him any differently than his “average-sized” siblings, and credited their attitude for his success.

“They raised me very independent and taught me you can do anything you want to. I have an average-sized brother and an average-sized sister and I had to do everything they had to,” he said.

“We had a mid-sized farm [in Michigan], so we had to feed the cows and feed the pigs, help put the hay down. There was a lot of picking up wood and cutting down trees. It was real country.”

He revisited his Amish roots in a documentary in 2014. 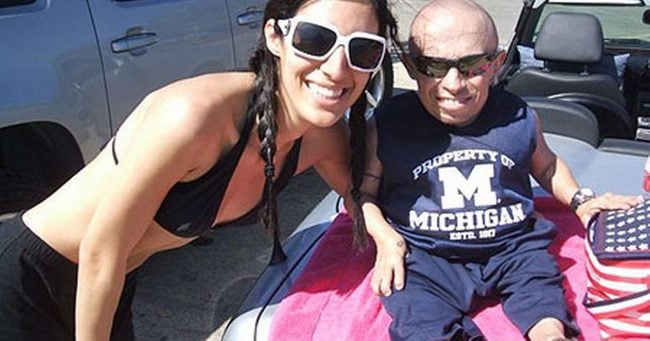 In June 2008, a sex tape of Troyer and his ex-girlfriend Ranae Shrider was leaked.

Filmed earlier that year in Beverley Hills and Shrider’s hometown of Fort Cobb, Oklahoma, it was leaked to the press by Shrider herself, with help from TMZ.

Kevin Blatt, the man best-known for selling Paris Hilton’s sex tape in 2003, also tried to cash in by selling the one of Troyer.

Through his attorney Ed McPherson, Troyer sued TMZ along with Blatt and SugarDVD (an online video rental company) for $20 million.

The charges were copyright infringement and invasion of privacy.

4. He Was Married to a Model 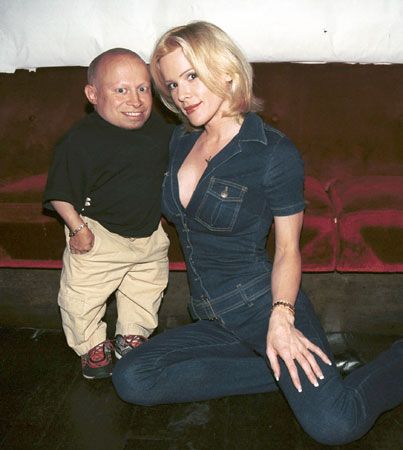 Troyer alledgedly married Genevieve Gallen in February, 2014, but tried to have it annulled within 24 hours.

Although the couple’s engagement was widely reported, the couple had no real wedding plans in place.

Troyer even claimed the model spread the story of their supposed nuptials for financial gain.

Gallen had previously worked for Playboy, and was introduced to Troyer by Hugh Hefner himself at a Playboy Christmas party.

Apparently she ran off with a tattooed biker once she heard about Verne’s plan to annull their marriage.

5. He Did All of His Own Stunts 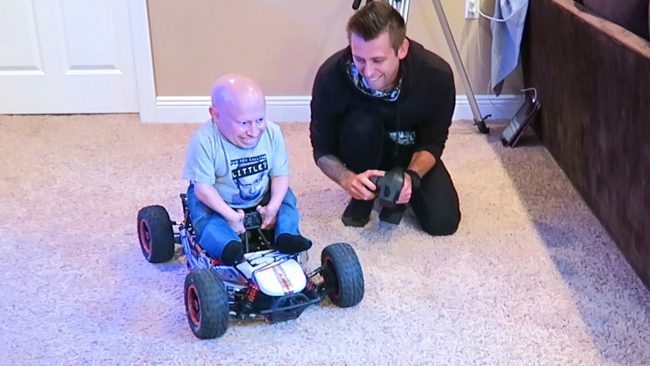 In his movies, Troyer did all of his own stunts.

However, bravery wasn’t the only reason – there just wasn’t anyone else small enough to fill in!

His credits as a stunt performer include My Giant, Rocketman, Volcano, Jingle All the Way, Dunston Checks in and Masked Rider.

In fact, his acting career began when the president of  the Little People of America contacted him, asking if he wanted to be a stunt double for “Baby Bink” in John Hughes’ classic Baby’s Day Out.

6. He was on Celebrity Wife Swap 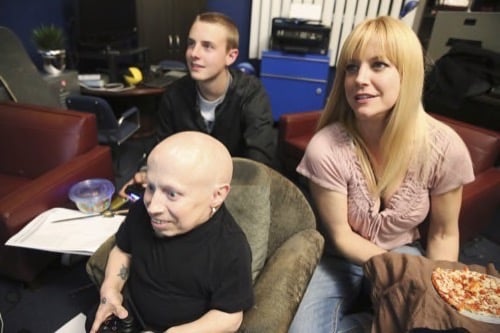 In May 2015, Troyer, his then-girlfriend Brittney Powell, and her son Tyson from a prevous marriage, were featured on Celebrity Wife Swap.

For the episode, Brittney left behind her laidback LA lifestyle for Simone Ward’s huge mansion and structured environment.

Brittney and Verne were still an item when the actor passed away, after originally meeting sometime during the 90s.

You may recognise her from guest spots in Friends, NCIS, and Tarzan. 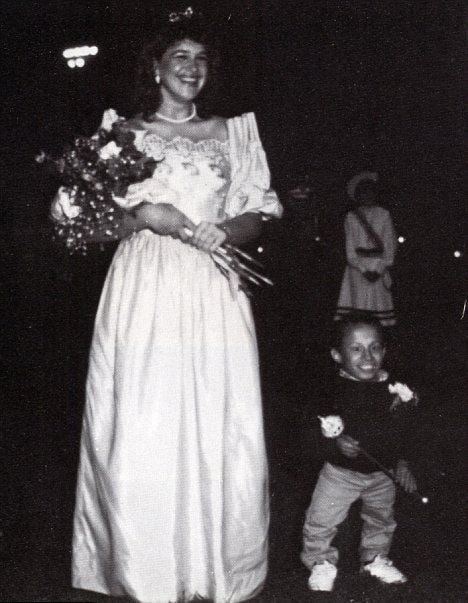 Troyer wasn’t only beloved by Hollywood, as a teen the actor and his date were voted Prom King and Queen.

He graduated from Centreville High School, Michigan, in 1987.

The school dedicated a plaque to him in 2003.

Troyer posted a throwback snap of him and his prom date to Twitter in 2015.

According to a classmate, he charmed the beauty with his “sizzling moves.”

While another Centreville High alum said: “We didn’t vote him most likely to succeed, but we probably should have!”

8. He Converted to Christianity on his Death Bed 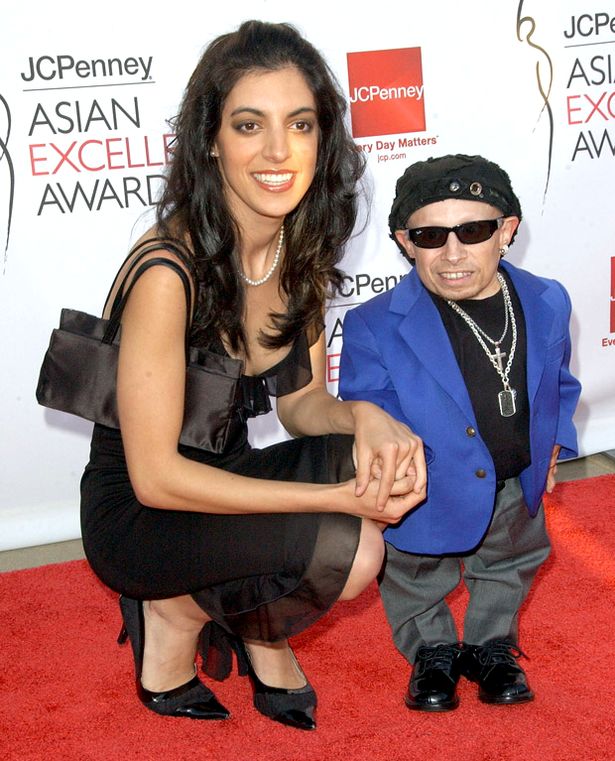 Towards the end of his life Shepherd supposedly sent Troyer books and letters about “salvation,” with “the permission of her husband.”

Despite Troyer alledgedly undergoing a baptism on his death bed, Shepherd is still concerned that her ex hasn’t made it into heaven, and is worried that his soul is lost in eternity forever.

In a Facebook post the former actress said: “Two weeks after I mailed the letter he went to the hospital, now he is in eternity somewhere. My heart is broken.”

“Please pray for his family and if they don’t know Christ they will come to know him through this. Death is a sad thing when you are unsure about someone’s salvation that is why witnessing to people is crucial.”

Troyer had his own YouTube channel from April 2015 up until his death.

He regularly shared vlogs on a range of topics, including several on his pet-peeves and one with instructions on how to make the best sandwich ever.

10. He Made a Documentary About Living with Dwarfism 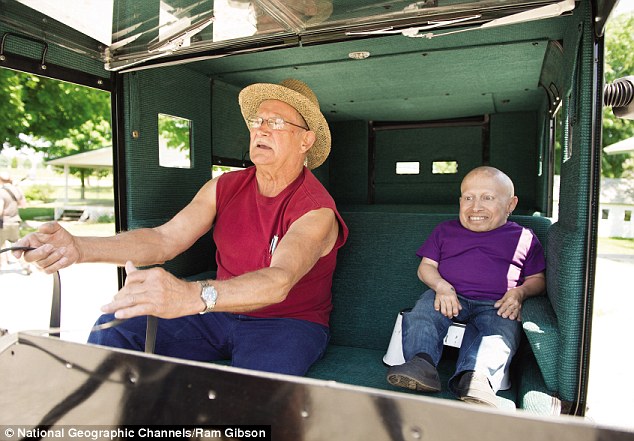 In 2014, Troyer made a documentary about the realities of living with his condition.

The show focused on himself, but also other living with dwarfism around the world, and reached as far as Columbia and the Phillipines.

Called Incredibly Small World, the programme was screened on the National Geographic channel.

It was Troyer’s wish to highlight the humanity of those with disabilities that encouraged him to take part in the series.

Of the documentary, he said: ‘I thought it was a great idea going into the lives of so many different little people and seeing how they lived.”

“To show there’s many little people out there who do things that people wouldn’t think they could do.

“Basically showing the world how independent we are and also the struggles that we have in the outside world. So, I thought that was a great idea.”