We’ve all grown up with Doctor Who. A staple of British television, it has made generations of people hide behind their settees because of the Daleks, Cybermen or one of the other many races of evil beings featured on the show. Depending on when you grew up means you may remember a series of different actors portraying the Doctor, and we all have our favourites. Here is how five of those Doctors look now, compared to then… 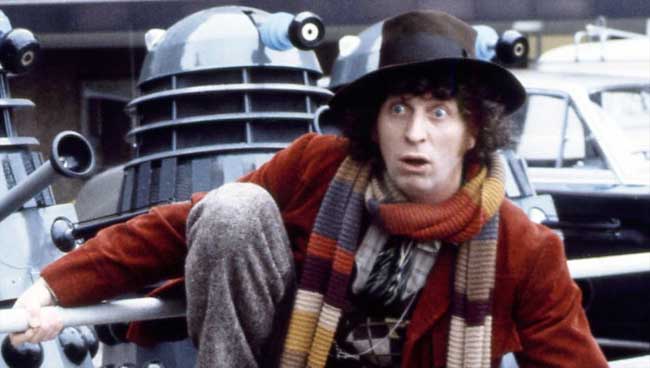 Tom Baker played Doctor Who between 1974 and 1981, and is many people’s favourite incarnation of the Time Lord. He had a distinctive style, and even now if someone has a long, brightly coloured scarf, people will comment that it’s a Doctor Who scarf!

Tom Baker starred in more than 150 episodes of Doctor Who, including some classic stories such as Pyramids of Mars, The Robots of Death and Destiny of the Daleks. 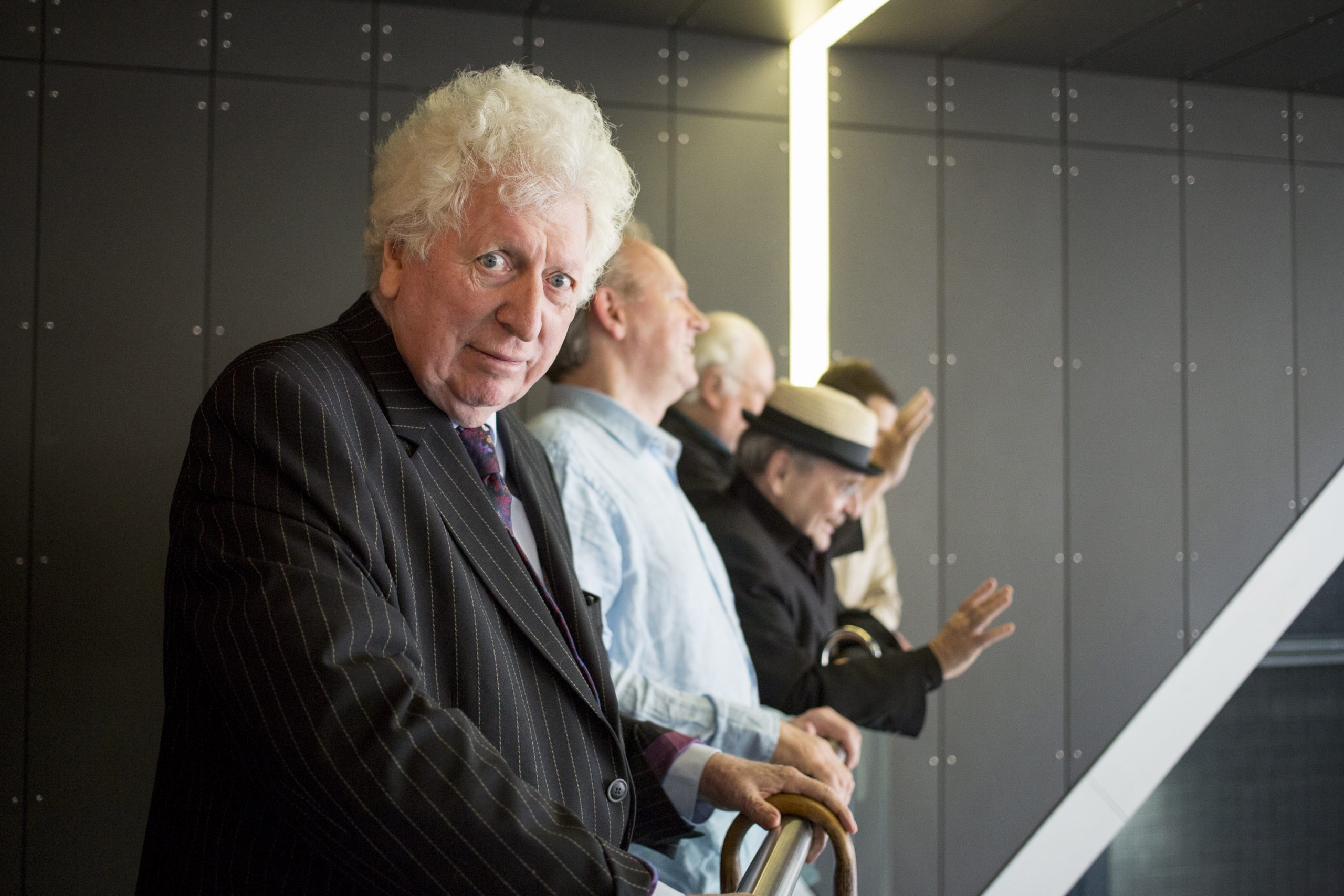 Baker has gone on to appear in many shows since Doctor Who, but more recently has often lent his distinctive vocal talents to voice acting roles for animated programmes and films, along with video games. He also reprised his role of the Doctor in a very brief cameo in 2013, something fans were very pleased about! 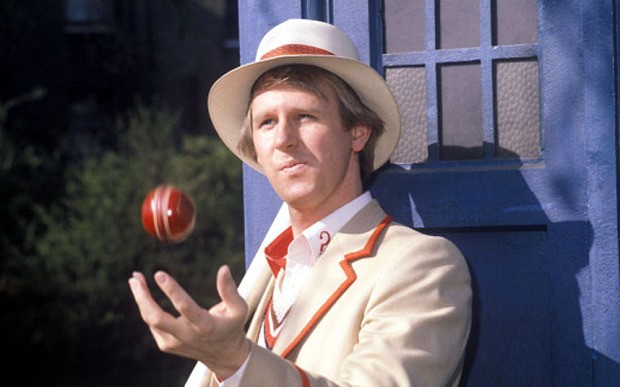 Davison starred as the Doctor in 70 episodes between 1981 and 1984, and seems to be the one that people forget about the most – a shame as he appeared in some good episodes of the show.

Davison appeared in stories such as Earthshock, Snakedance and Resurrection of the Daleks, bringing his own unique acting style to the role. 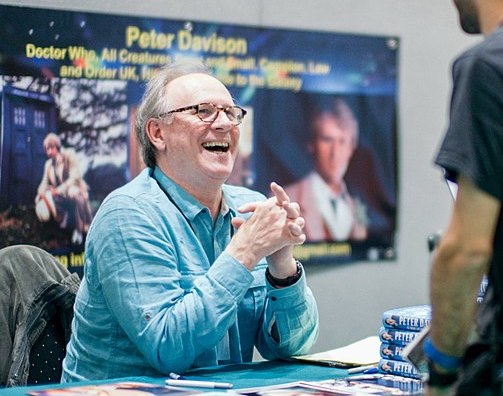 Davison has had a diverse career and continued acting through the 80s and 90s up to now, recently appearing in Grantchester as Geoff Towler and in Gentleman Jack as William Priestley. 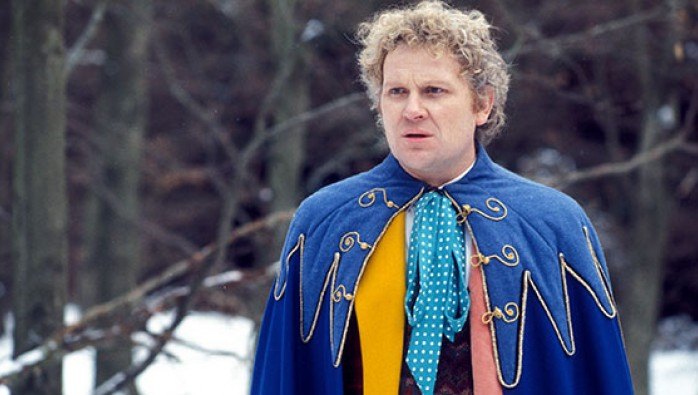 Often regarded as the weakest actor to have portrayed the Doctor, if you take him on his own merits, rather than comparing him to the others, Colin Baker did a good job and brought a real eccentricity to the role.

Baker starred as the Doctor from 1983 to 1986 and only appeared in 35 episodes, far less than the two actors before him did. Baker starred in stories such as The Twin Dilemma, Revelation of the Daleks and The Trial of a Time Lord. 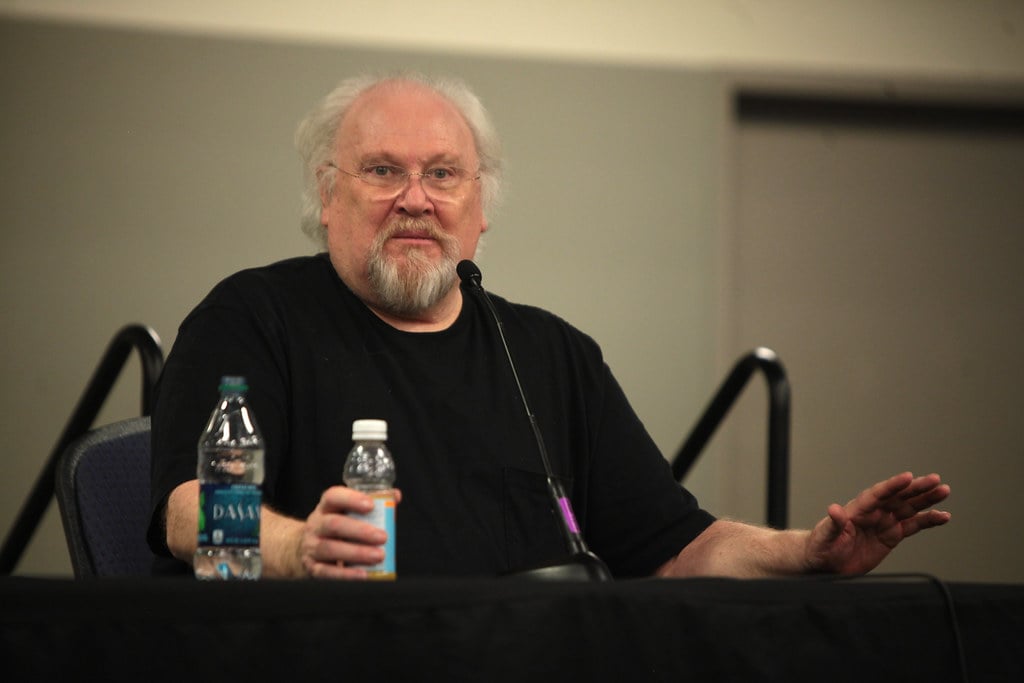 Baker has continued to appear on our screens on and off over the years and will often turn up when you least expect him to; so far he has played four different characters on BBC’s Doctors – ironic! 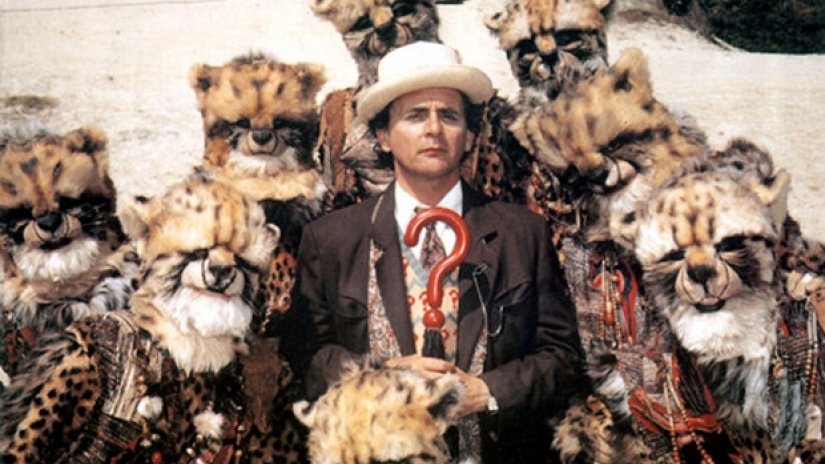 Sylvester McCoy had two years as the Doctor, appearing between 1987 and 1989. He had a very different style to those who had gone before him and really tried to make the role his own, more successfully at some times than others.

McCoy starred in some good stories surrounding The Doctor, including Ghost Light, Remembrance of the Daleks and The Happiness Patrol, the really weird one that saw a robotic Bertie Bassett as the bad guy. 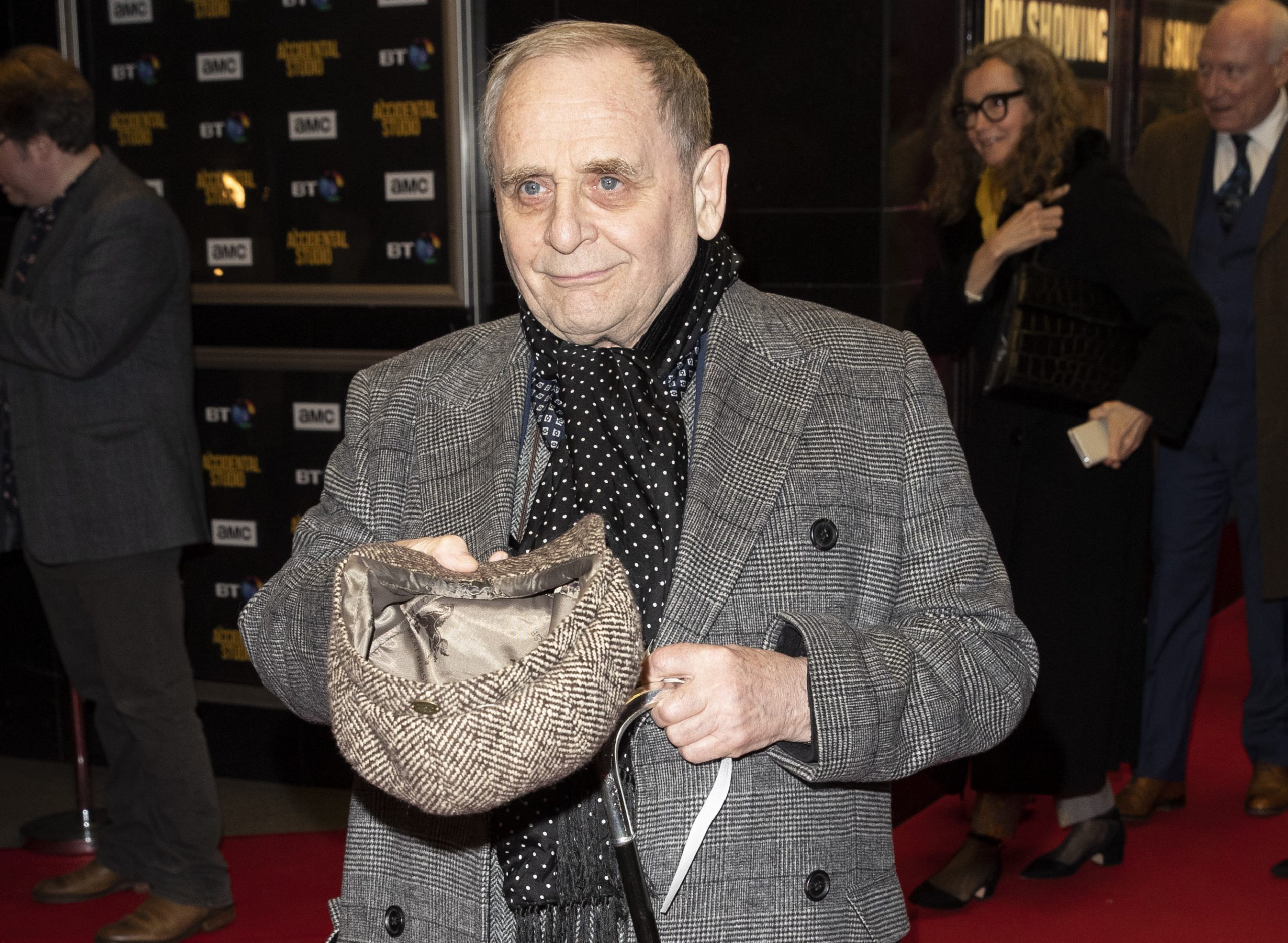 Sylvester McCoy has continued to act over the years, but has often gone unnoticed in minor roles until he turned up on the big screen in the Hobbit trilogy as Radagast the Brown! 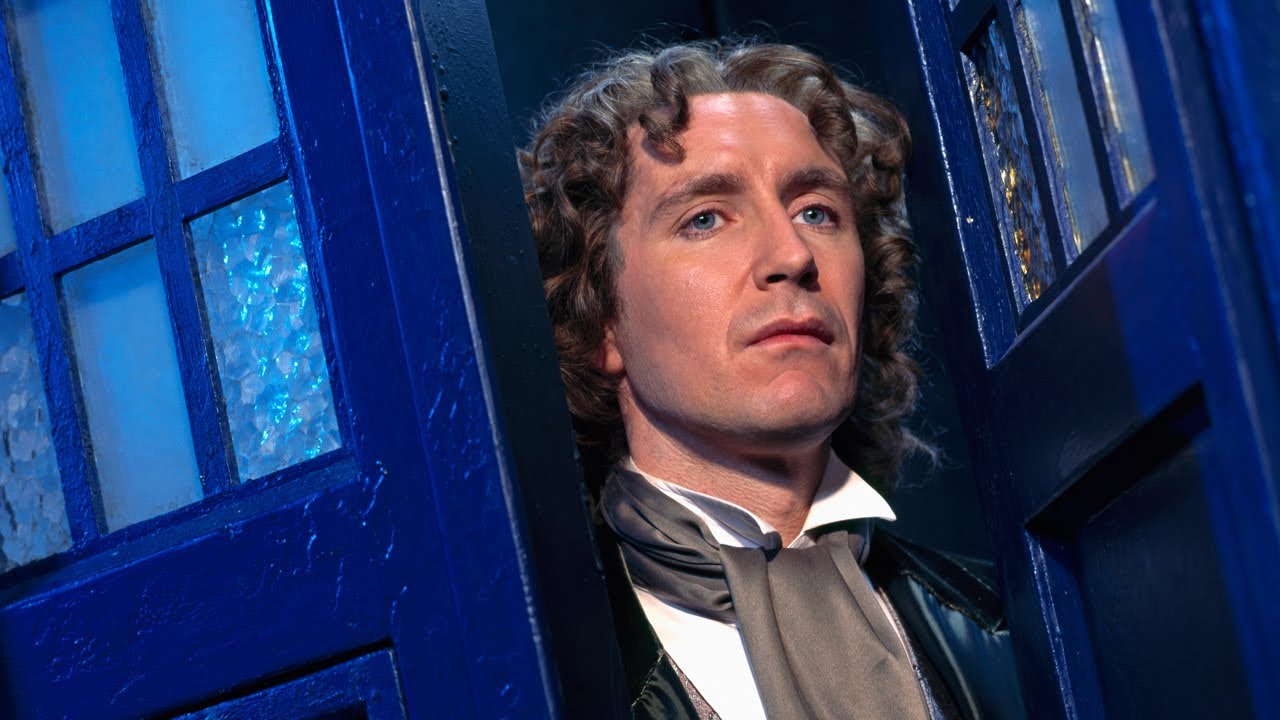 Paul McGann played the Doctor in a one-off TV movie in 1996, which was the BBC’s attempt to bring the Doctor back on a regular basis. Sadly, the film did not perform anywhere near as well as the BBC had hoped, and so the project was shelved for several more years.

This was a real shame, as Paul McGann was great as the Doctor, bringing a rare vulnerability to the character. Unfortunately, an attempt was made to Hollywoodise the show and so it fell flat with its target British audience. 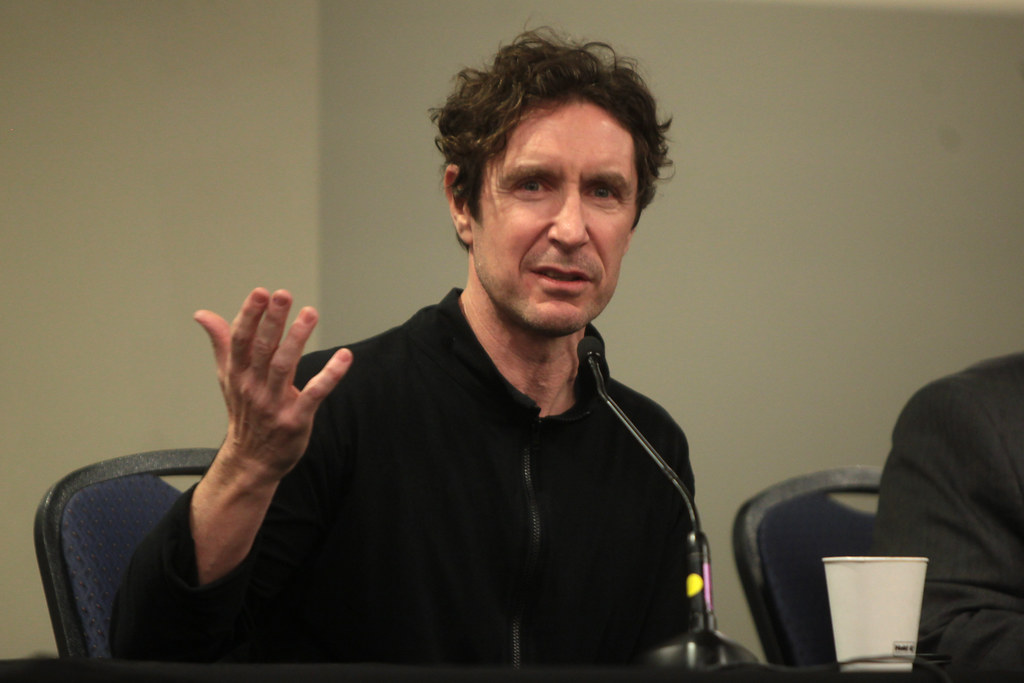 Since his brief turn as the Doctor, McGann has appeared in many shows on TV (and in some productions made for the big screen, too), staying busy over the years. He also played the Doctor again in the 2013 mini-episode The Night of the Doctor.