Most Bizarre Celebrity Red Carpet Looks From The 1980s

Nowadays, it’s rare to see a truly terrible fashion faux pas on the red carpet. Most 21st century celebs hire full-time stylists and have qualified glam squads who ensure they never have a hair out of place. Back in the 80s, however, red carpet fashion was much more of a free-for-all.

Back in the day, actresses and singers would turn up to glamorous events wearing some truly chaotic looks. Here are some of the most bizarre celeb red carpet fashions from the 1980s. 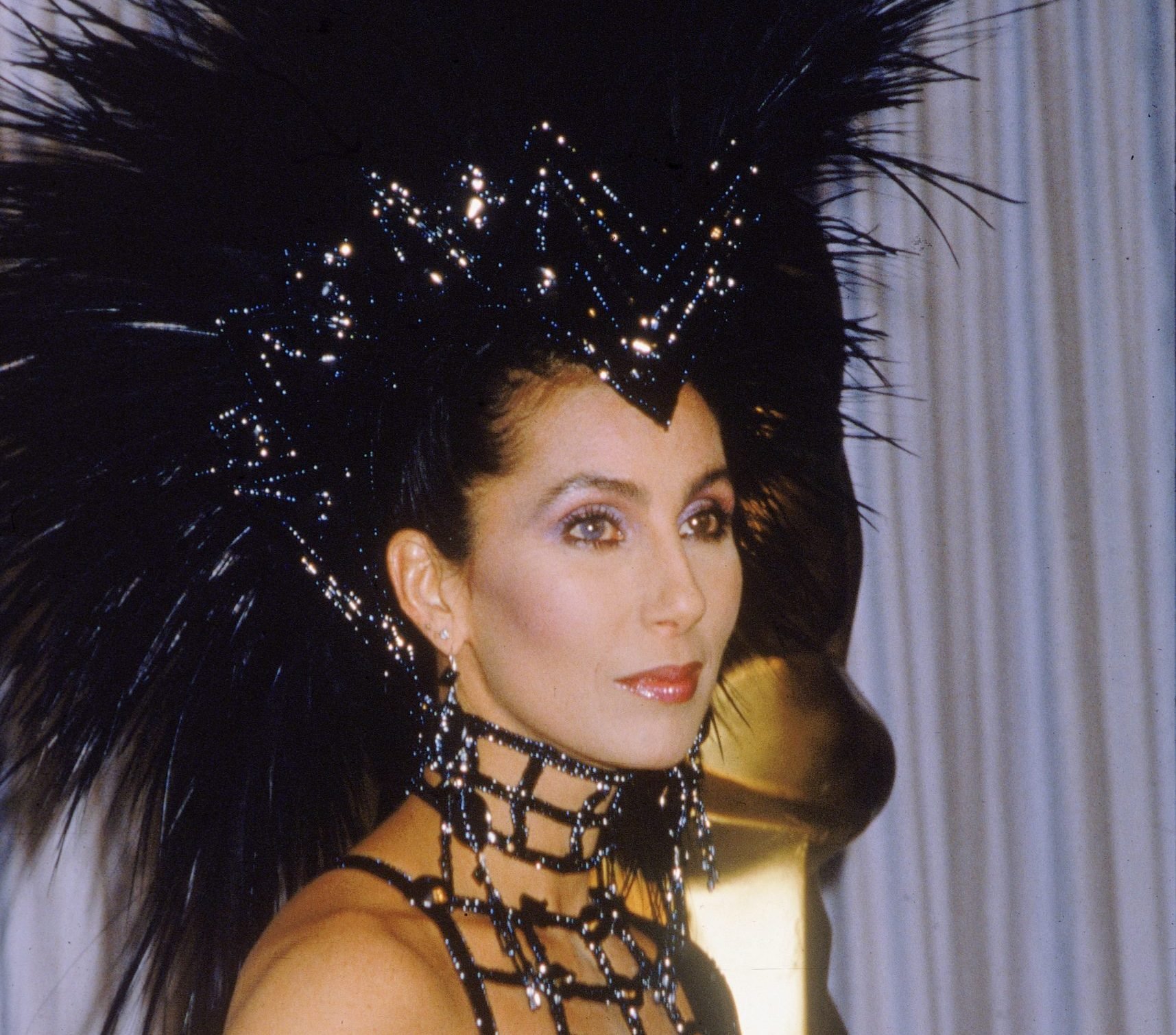 Pictured above is Cher at the Academy Awards in March 1986. To mark the occasion, she wore a (large) black feather headdress, a jewel-encrusted harness, and a side-slit skirt paired with black boots. The outfit was created by designer Bob Mackie.

Although this is undoubtedly an iconic and memorable look, there’s a lot going on here. Arguably too much. At least Cher liked it, anyway: “This was one of my favourite outfits […] I loved the whole thing,” she said. 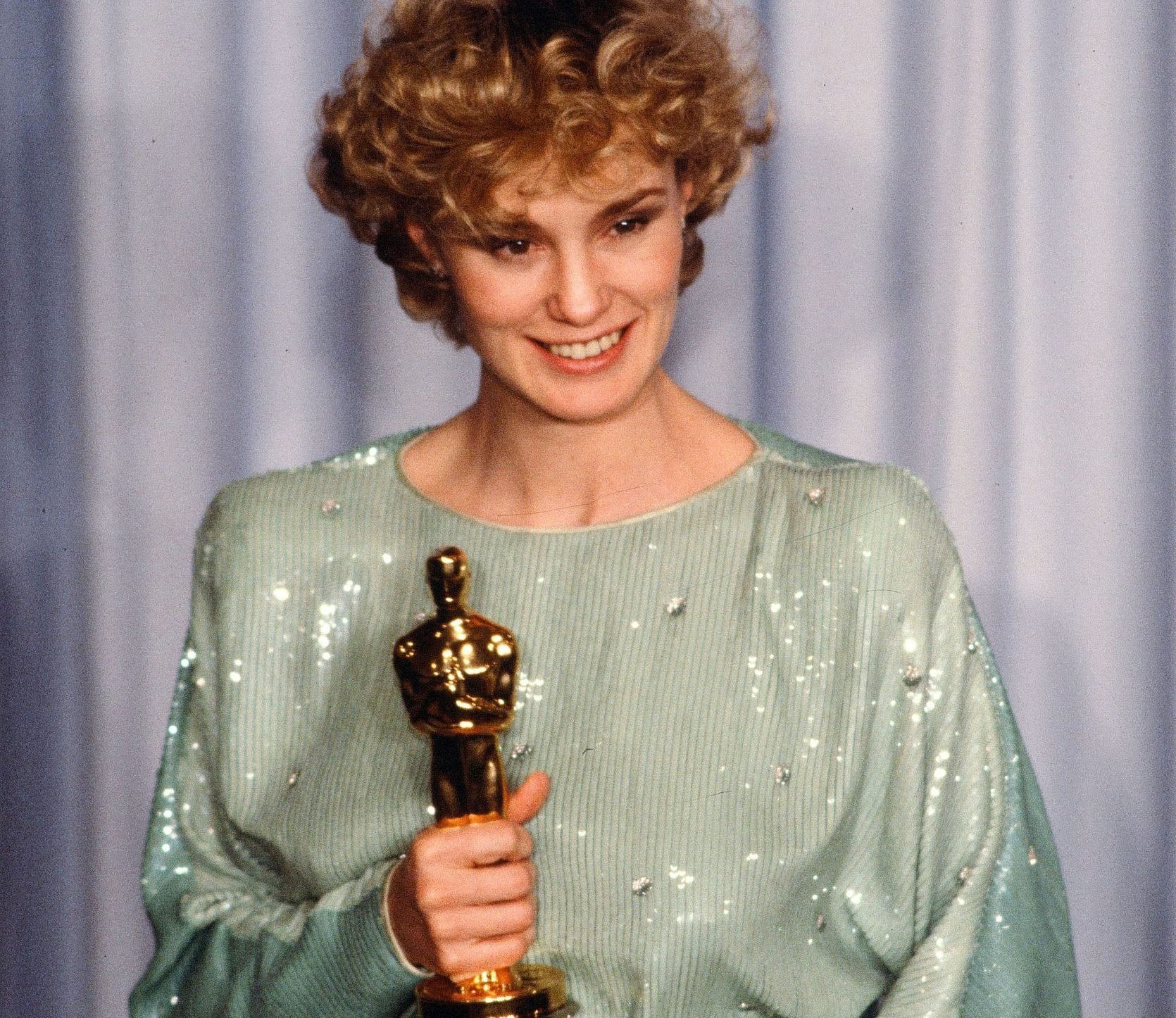 Jessica Lange won the Academy Award for Best Supporting Actress back in 1983 – but she wasn’t winning any awards for her fashion sense.

It takes a lot to make Lange look bad, but this dress managed it. This shapeless, shiny, and sage green number made her look frumpy and thoroughly unstylish. Thankfully, this proved to be a little blip at the start of her career – the majority of Lange’s red carpet looks have been much, much more flattering. 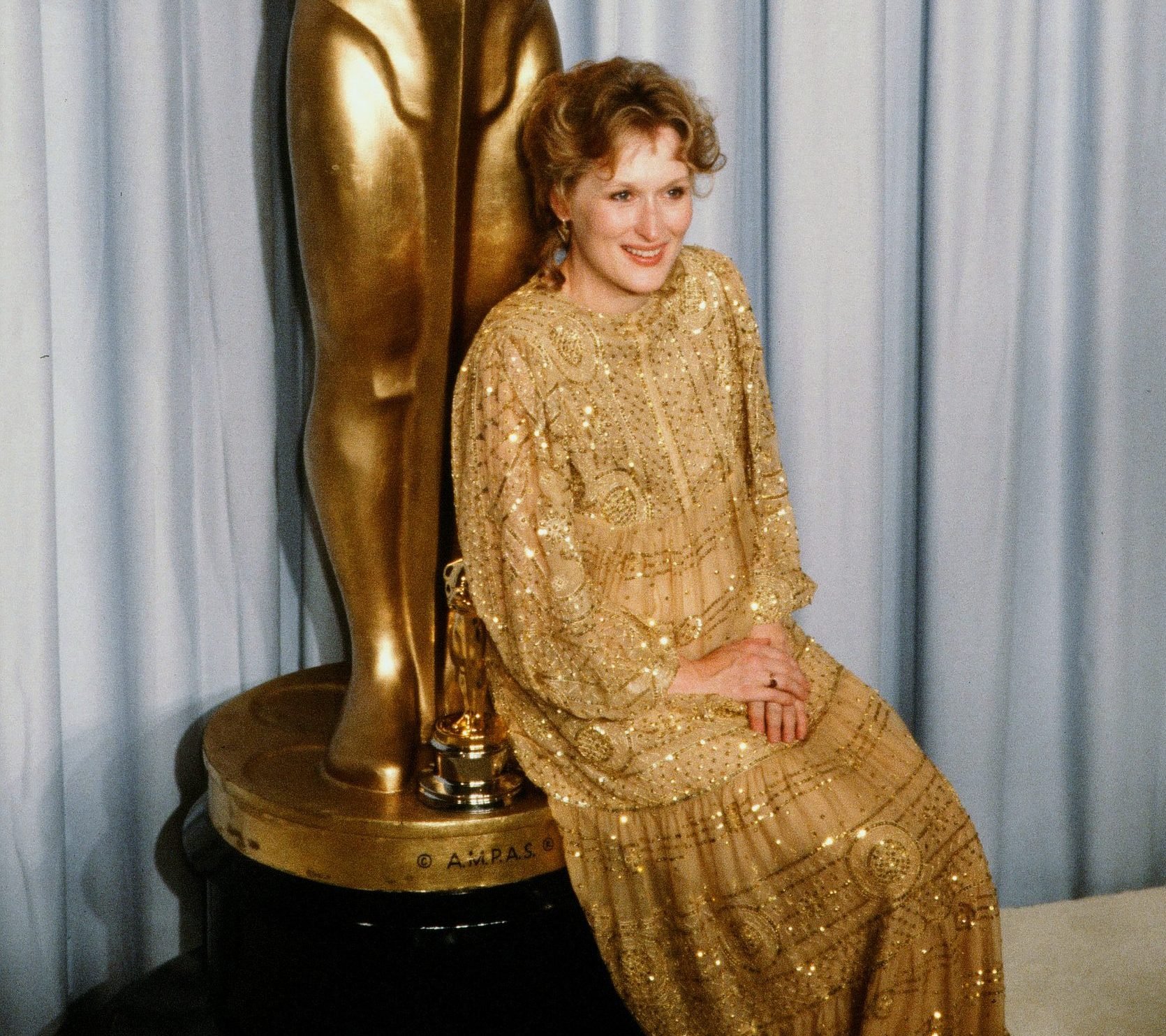 Like Jessica Lange, acting legend Meryl Streep turned up to the 1983 Academy Awards in a dress that resembled a sack.

The dress certainly doesn’t do beautiful Streep justice. The gold sequins look garish, while the fit isn’t doing her any favours. Streep went on to win the Academy Award for Best Actress that night, a huge achievement which thankfully overshadowed any talk about how awful her outfit was. 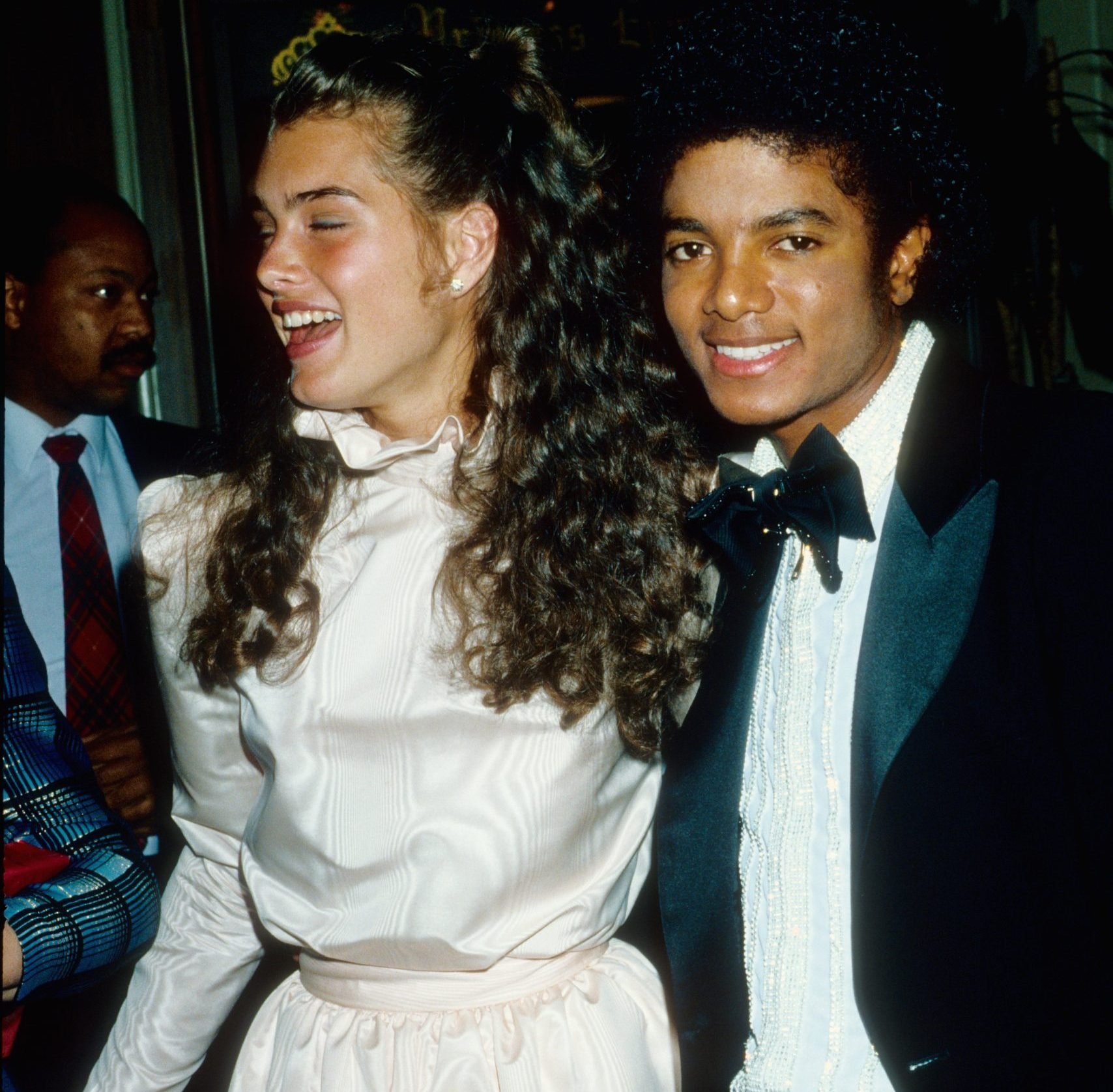 Actress and Calvin Klein model Brooke Shields was one of the most beautiful celebrities in the 1980s – which is why it was so surprising that even she could look bad.

She’s pictured above attending the 53rd annual Academy Awards in March 1981 with Michael Jackson, wearing a white satin gown with a high, ruffled neck and puff shoulders. While it’s not the most stylish outfit, at least we can say that the look was very on trend for the 1980s. Plus, we should probably let her off considering she was only 15 years old at the time. 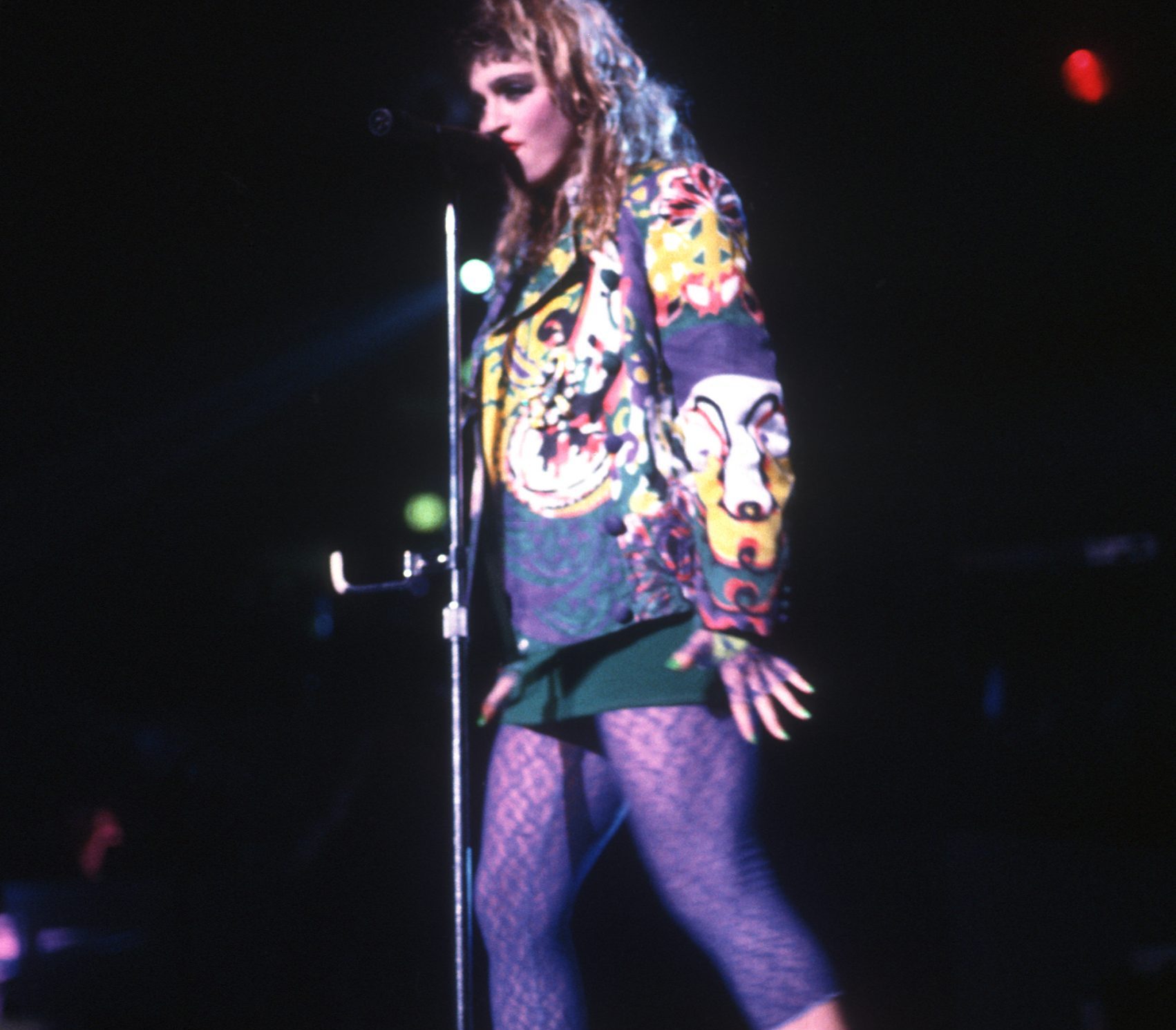 A lot of Madonna’s outfits haven’t aged well – this look from a performance at Madison Square Garden in 1984 being one of them. It’s a lot to take in: the purple lace leggings; the garish jacket; the heavy eyeshadow; the neon green nails…

Madonna is without a doubt one of the most influential style icons to come out of the 1980s, and that didn’t come without taking the odd fashion risk here and there. It’s safe to say this one didn’t pay off.

Matthew Broderick and Helena Bonham Carter at the 1987 Oscars pic.twitter.com/oBHoUK7xFk

Helena Bonham Carter is another style-savvy celeb who occasionally makes the odd fashion faux pas. Her black dress from the 1987 Oscars is undoubtedly one of her worst looks.

Carter’s unashamedly gothic style is what makes her such a memorable and unique fashion icon – but in this instance, it seems as though she took the ‘dark’ look a step too far. The swathes of sheer black fabric make the whole look appear ‘messy’, and her pared-down make-up is hardly red carpet ready.

Forgot that Demi Moore wore bike shorts to the Oscars in 1989… pic.twitter.com/bh0VhBh0c6

This look from Demi Moore is arguably one of the worst red carpet looks of the 1980s – if not of all time. The look was panned in the papers, with journalists branding the outfit as ‘bizarre’ and a ‘catastrophe.’

Moore attended the 1989 Oscars with then-husband Bruce Willis in a DIY gown that was part dress, part bodysuit. Moore actually made the outfit herself, using spandex bike shorts, a black corset, and yards of floral-print fabric. While the end result is objectively terrible, fair play to Moore for at least trying her hand at fashion design.

Add to the list of things I would love to have: a dress as ridiculous as Bette Midler's 1982 Oscars dress. pic.twitter.com/LGwLU1Uu5W

Bette Midler attended the 1982 Oscars wearing this chaotic fit. There’s not a lot to like about this look: the metallic fabric, the unflattering fit, and the contrasting shawl aren’t the best combination. There’s so much shiny material that it’s almost painful to look at.

Again, this look was admittedly pretty fashionable for the 1980s. But in hindsight, it’s fair to say that it’s not exactly an outfit that has stood the test of time. 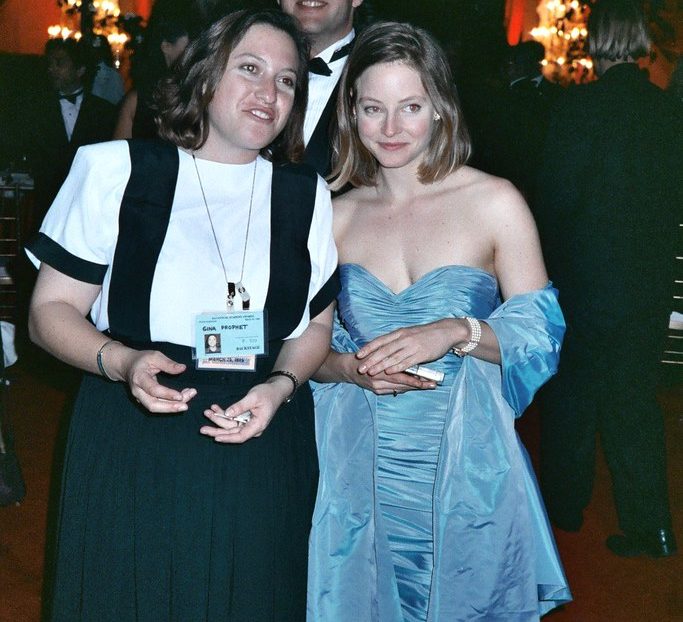 Jodie Foster attended the 1989 Academy Awards in this strapless blue number. Apparently, the young actress picked up this dress while in holiday in Rome and later decided to wear it on the night she won her first Oscar.

It’s fair to say that the dress probably looked better on the mannequin, as the ruched fabric and excessive shawl aren’t exactly chic. The dress fit poorly too, and Foster had to continually rearrange the bodice through the ceremony. At least she went on to win the Oscar for Best Actress for her performance in The Accused though.

Cyndi Lauper at the Grammys in 1984. 🎵 pic.twitter.com/iPoJAcwfRa

Where to begin with this outfit? Singer Cyndi Lauper set chins wagging when she wore this unconventional look to the Grammys in 1984.

This is a very ‘busy’ outfit: from the bright orange hair, to the chunky fruit necklace, to the brightly-patterned skirt. It’s as though Lauper decided to wear every awful 1980s fashion in one go. Still – she looks like she’s having a good time, so fair play to her.