Woody Harrelson’s Dad Found His Fame As A Paid Killer

Having broken through in the 80s and 90s with roles in TV’s Cheers and White Men Can’t Jump, these days Woody Harrelson is best known as a star of some of the biggest franchises around, including Venom, The Hunger Games and Zombieland, as well as the acclaimed first season of True Detective. To look at the laidback, Emmy-winning environmentalist and political activist, you wouldn’t think he came from shady beginnings.

While Woody Harrelson grew up to be a renowned screen star, his father was a considerably less respectable figure. The chosen profession of Woody’s father, Charles Harrelson, was hitman. In 1979, when Woody was aged 17, Charles found fame for assassinating Texas judge John H Wood Jr, a crime for which he would be jailed for the rest of his life. 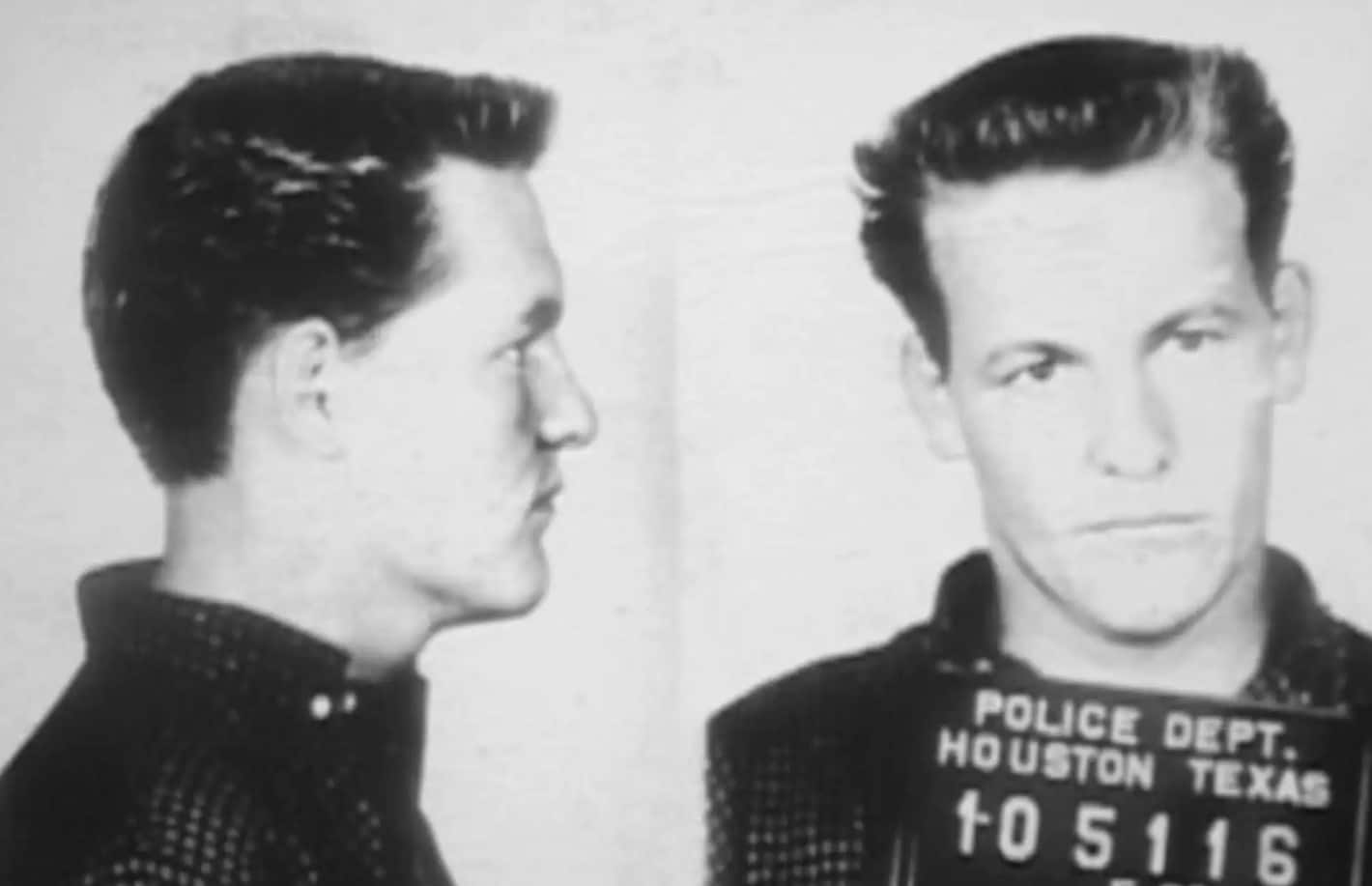 Charles Voyde Harrelson was married four times, but it was with second wife Diane Lou Oswald that he had children, sons Woodrow (later known professionally as Woody), Brett (who also became an actor) and Jordan. Woody was born on the same day as his father, July 23; Charles turned 23 the day his first son was born, in 1961.

The actor has read some significance into that: “They have a thing in Japan where they say if you’re born on your father’s birthday, you’re not like your father, you are your father, and it’s so weird when I would sit and talk with him. It was just mind-blowing to see all the things he did just like me… Idiosyncratic things. The way he laughed. The face, very similar.”

In his early childhood, Woody had no idea what his father did for a living. This became something of a moot point, as Charles abandoned the family whilst his son was still young. Woody recalls, “I think they separated when I was seven. But he was gone a lot before that, in prison. Away and back. Away and back.” 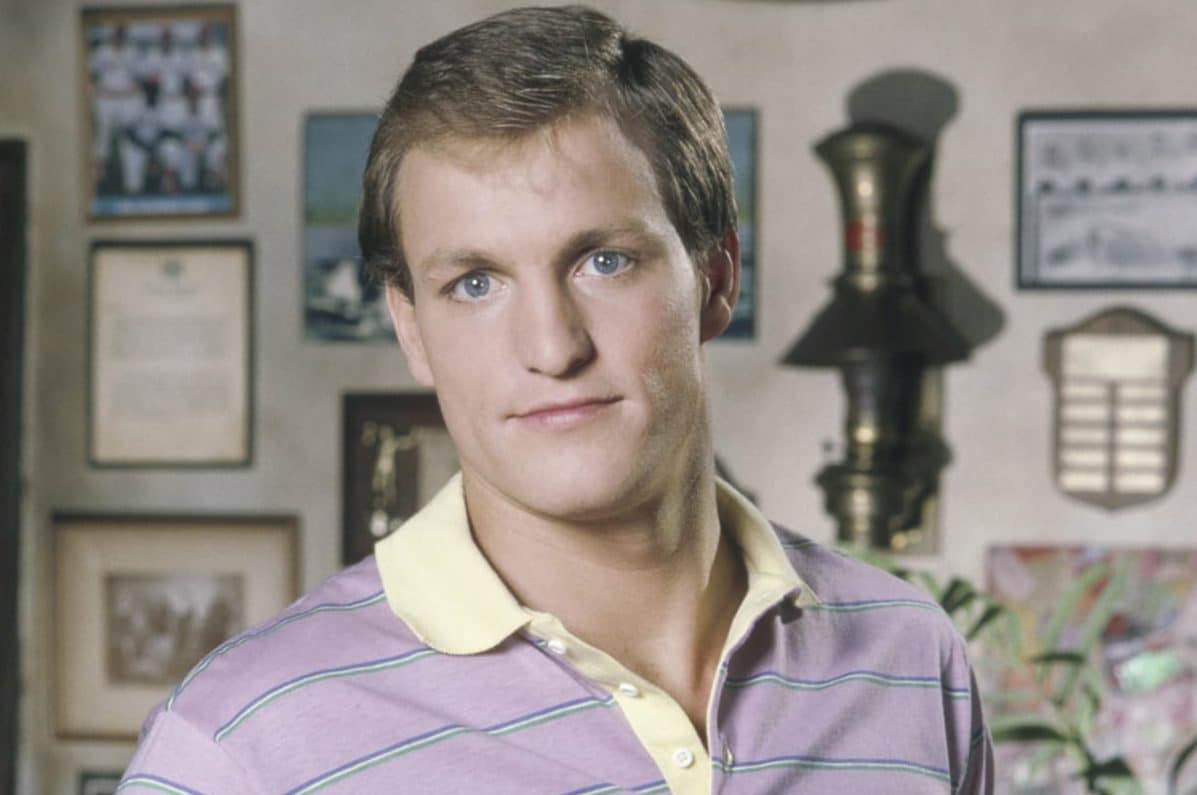 Charles Harrelson hadn’t always earned his keep on the wrong side of the law. At one point he had reportedly worked as an encyclopedia salesman, and had also spent time making a living from gambling. However, he turned to crime early, and was convicted of armed robbery in 1960, the year before Woody was born.

While his sons were growing up, Charles was already rising among the ranks in organised crime, as a hitman. Claims have been made that he killed over 50 men, but mafia associate Kenny Gallo denied this: “He may have been involved in that many killings, maybe driving the car or something, but he only carried out maybe six killings himself.”

One particularly infamous assassination that some speculate Charles was involved in was that of President John F Kennedy. Conspiracy theorists have long dismissed the official story that gunman Lee Harvey Oswald acted alone, and Charles himself is said to have claimed that he was ‘one of three men dressed as tramps on the grassy knoll’ who fired the shot that killed the President.

This claim may have been lent some credence by the fact that Charles’ wife Diane Lou Oswald shared her surname with the assassin, suggesting a familial link. However, there is no evidence that Woody’s mother was in any way related to the notorious Oswald, and it is widely assumed that Charles simply made the story up to help his employment prospects as a killer. 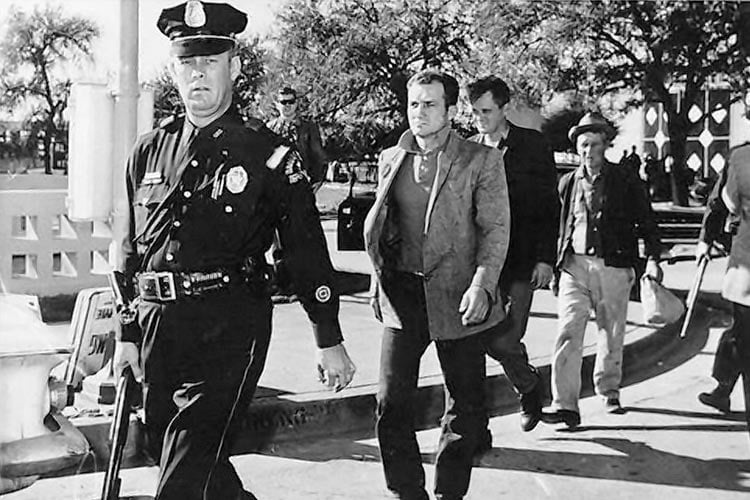 In 1980, when surrendering to police (reportedly whilst high on cocaine) for his murder of Wood, Harrelson Sr told his arresting officers he also killed JFK. An FBI investigation ensued, and Harrelson’s claim was ultimately dismissed as baseless.

Though Woody’s mother was well aware of Charles’ criminal activities, their son made the discovery quite by chance. “I was 11 or 12 when I heard his name mentioned on a car radio… it was talking about Charles V Harrelson and his trial for murder and blah blah blah blah and I’m sitting there thinking there can’t be another Charles V Harrelson. I mean, that’s my dad! It was a wild realisation.”

Charles had already been charged with murder, that of Alan Harry Berg, in 1968, but the jury found him not guilty. Presumably the murder trial Woody heard about on the radio was that of Sam Degelia Jr. This case had initially gone to court in 1968, but ended in a mistrial. Charles faced a retrial in 1973, and this time around he was found guilty. 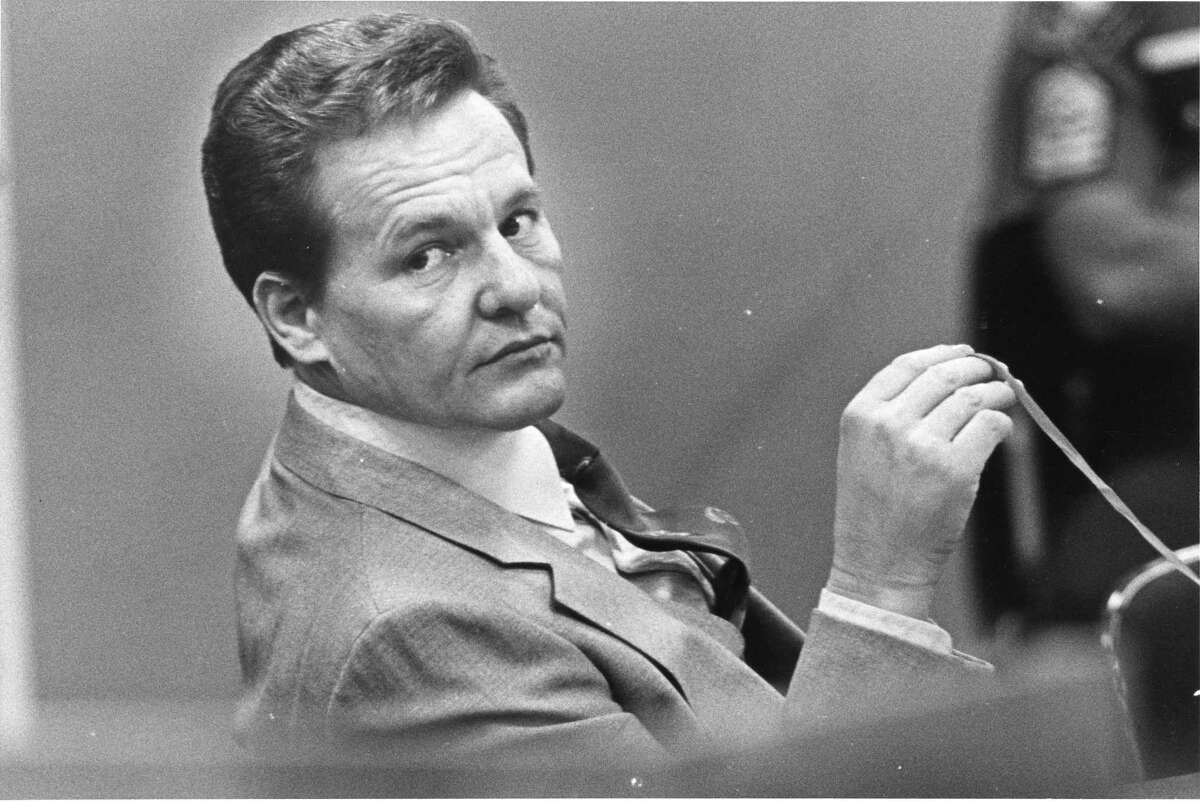 Although initially sentenced to 15 years for the Degelia murder, Charles wound up being released in 1978 for good behaviour. Charles wouldn’t remain well-behaved for long, however, as the following year he took another contract killing job, the one that would make his name.

On May 29, 1979, Charles shot dead federal judge John Wood Jr, the first of only three federal judges to be assassinated in the 20th century. Charles, who was said to have been paid $250,000 for the job by a drug dealer, wound up receiving two life sentences for the crime.

By the late-80s, when Woody’s career was skyrocketing with Cheers, his relationship with his convicted killer father soon came to the attention of the press. Around this same time, the actor started working towards getting his father’s conviction overturned, initially declaring the trial “a travesty.”

Defending his father, Harrelson told People, “This might sound odd to say about a convicted felon, but my father is one of the most articulate, well-read, charming people I’ve ever known. Still, I’m just now gauging whether he merits my loyalty or friendship. I look at him as someone who could be a friend more than someone who was a father.” 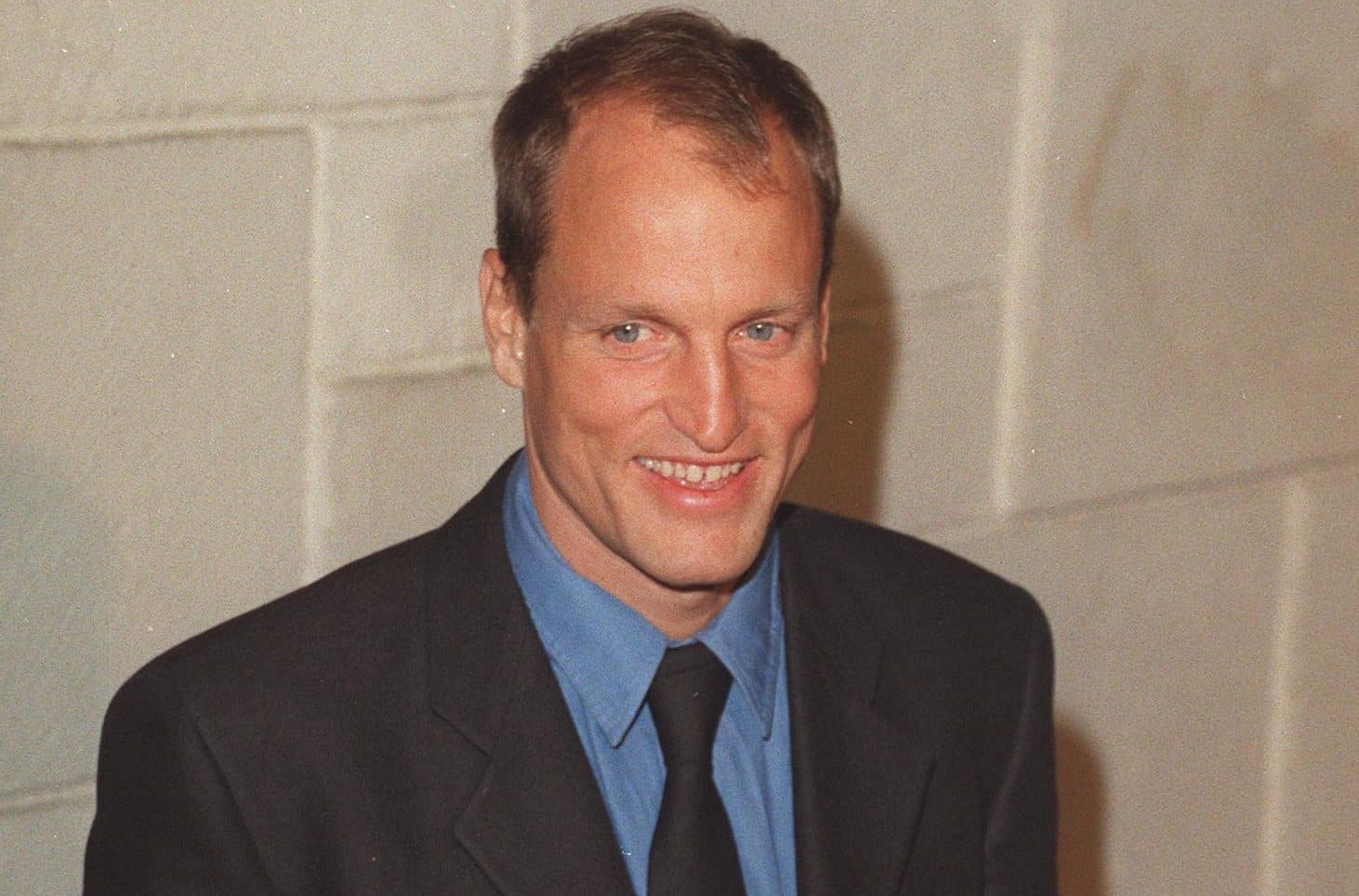 Elaborating on the matter to Barbara Walters, Harrelson explained, “I think that it was not a fair trial, especially because the guy who supposedly hired my father to commit the murder was later acquitted… I’m not saying my father’s a saint, but I think he’s innocent of [Judge Wood’s murder].” Woody also made the sensational claim that his father “was trained by the CIA,” but declined to explain how he knew this to be true.

When Cheers ended and Harrelson embarked on a movie career, his parentage may have influenced some of the more intense roles he took, most notably (fictitious) serial killer Mickey Knox in 1994’s Natural Born Killers. On set, the film’s director Oliver Stone is reported to have asked Harrelson to play the role “more like your father.” 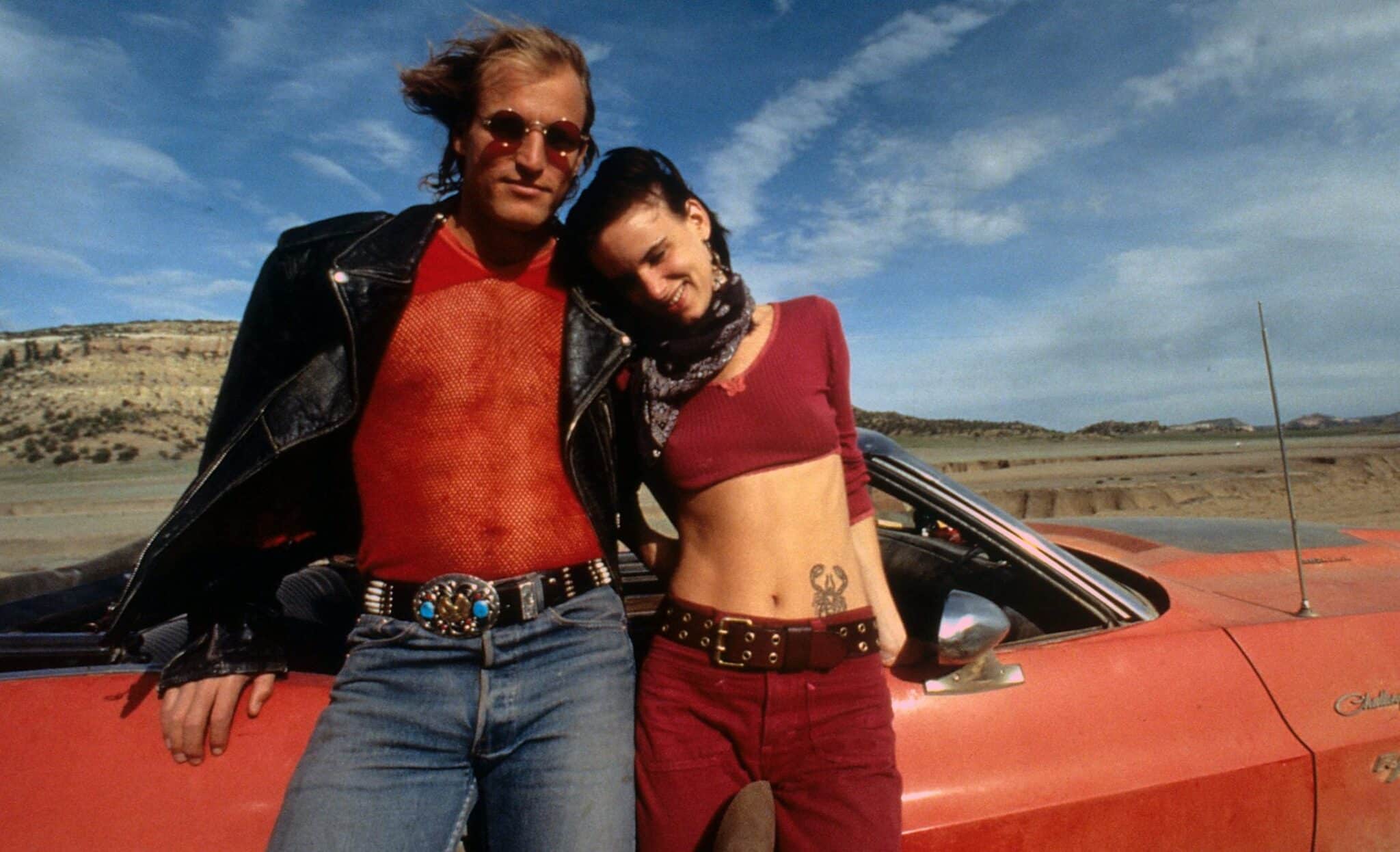 In recent years, Woody has changed his tune about his father’s guilt. The actor admitted in 2012, “I don’t know he did deserve a new trial… [I was] just being a son trying to help his dad. Then I spent a couple of million beating my head against the wall… Lawyers upon lawyers.”

The younger Harrelson’s efforts ultimately proved fruitless, and in 1995 his father tried to get out on his own, staging a jailbreak along with two other prisoners. The trio attempted to sneak out of Atlanta Federal Penitentiary with a rope they had constructed, but were quickly spotted by guards and surrendered after warning shots were fired.

Charles was subsequently transferred to a Colorado supermax prison where he would spend the final years of his life. He passed away in March 2007 aged 68, after suffering a heart attack. 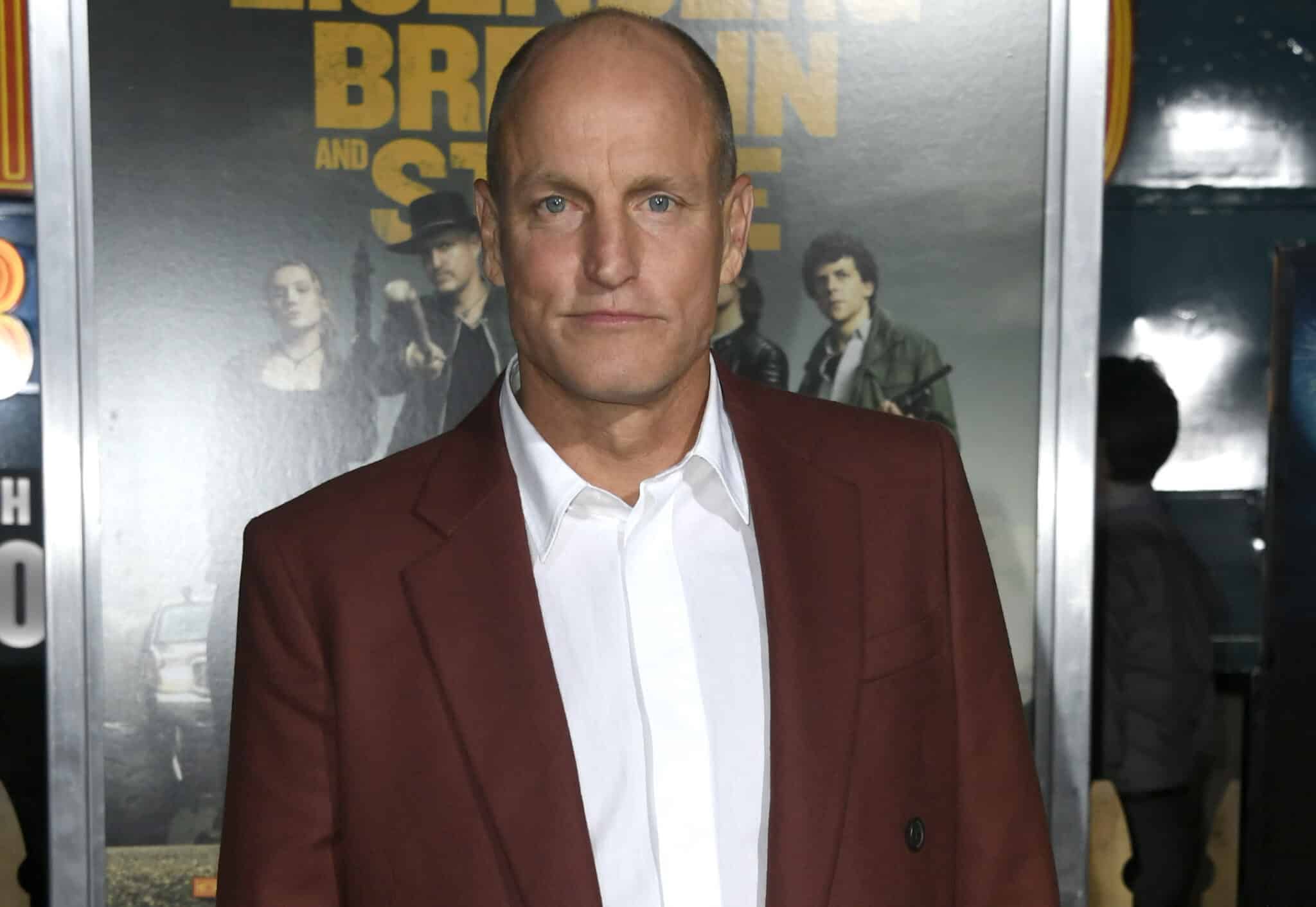 Despite everything, Woody has retained a positive view of his father. Not long before Charles passed away, his son stated, “I love him. I definitely love him. Very fond of him. I mean, there’s probably a lot of people who should be behind bars. I don’t necessarily think he’s one of them.” Following his father’s passing, the actor is said to have been “devastated.”