Only the hardiest cooks post pictures of their culinary creations on Facebook’s Rate My Plate, something that one ‘Carol C’ discovered the hard way this weekend. 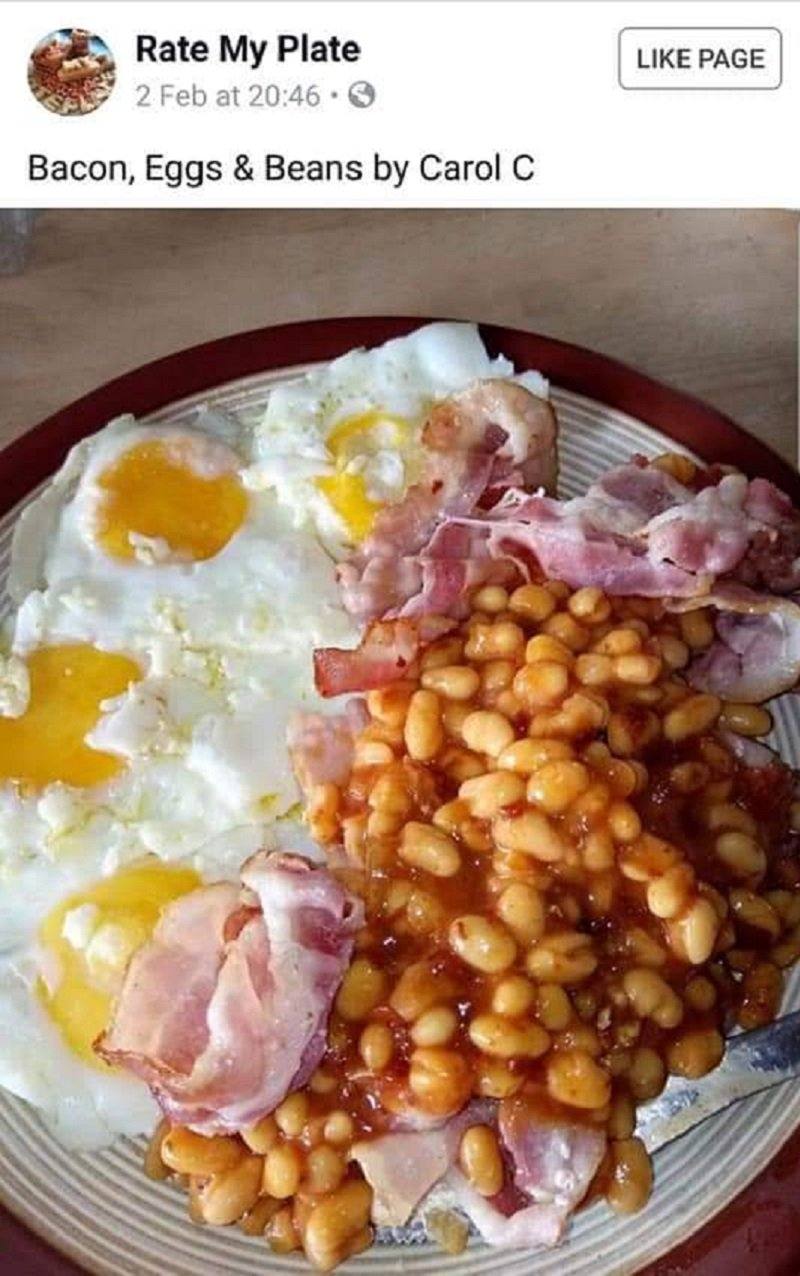 Apparently failing to understand that Rate My Plate is a bear pit at the best of times, Carol submitted to the page a picture of a cooked breakfast on Saturday that, to put it politely, appeared somewhat below-par.

As soon as the photo went live, the Rate My Plate commenters immediately got to work. 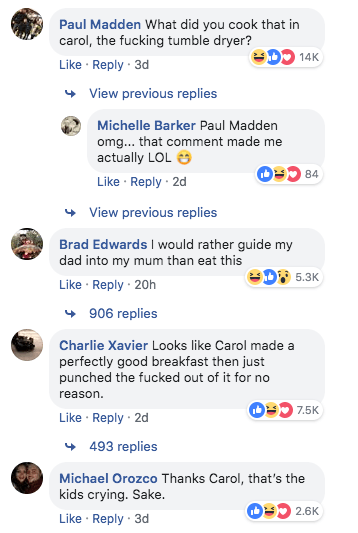 Nobody was pleased about Carol’s creation. Ste Brooks asked – not unreasonably – whether Carol had used a whisk rather than a spatula to flip the eggs.

Lee Wild meanwhile wondered how Carol was even still alive, considering the apparent undercooked nature of her morning meals. 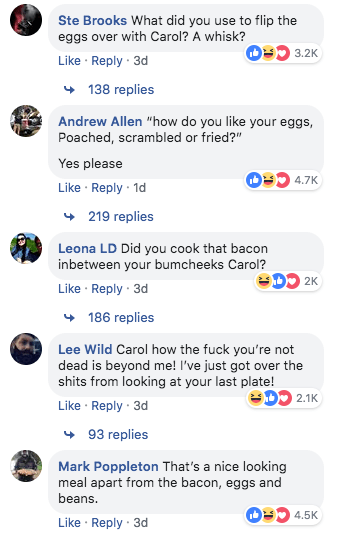 Others offered advice, telling Carol the food, especially the bacon, would taste better if actually cooked.

Meanwhile Mick Fraser went biblical on Carol’s breakfast, telling her: “If this was the last supper Jesus Christ would have betrayed himself.” 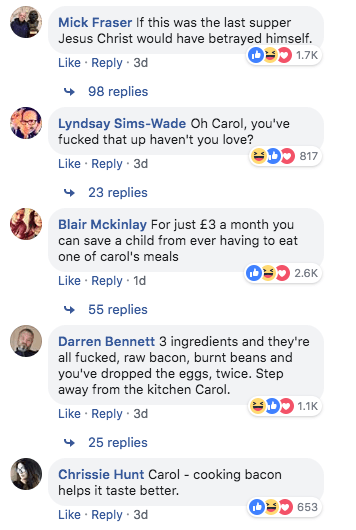 Nobody could quite believe what they were seeing; many asked how a meal so easy to assemble could have been constructed in such a terrible way.

Kiaser Collins asked if Carol crafted her meals via catapult. Lisa Arnold wondered if the electric had cut out on Carol during the cooking process. 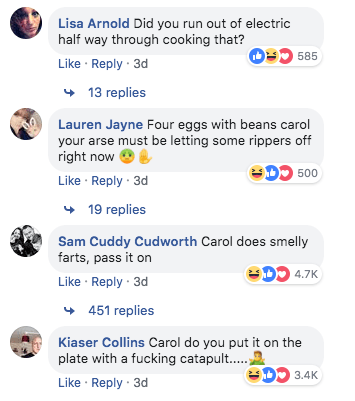 Others still speculated that Carol had no kitchen utensils, with only a flip flop to serve her food on.

Things also got a bit meta, as Lauren Bennison reviewed the reviews of Carol’s ‘meal’ with: “Carol has had more of a grilling than the bacon love her”. 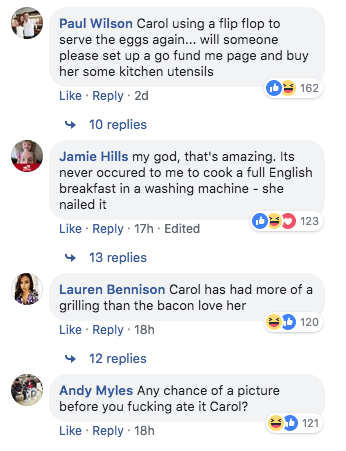 In total, there were 72,000 comments on Carol’s post, many of them reviews of her food, none of them polite.