The death of William Hurt left film fans everywhere mourning the loss of a great actor – but it also brought Hurt’s troubling relationship with CODA star Marlee Matlin back into the spotlight. Matlin was living with Hurt when she won the 1987 Best Actress Oscar (presented by Hurt himself) for Children of a Lesser God, but her professional triumph came at a time of great personal turmoil.

While outwardly enjoying every actress’s dream, behind closed doors Matlin was reportedly suffering abuse at the hands of Hurt himself. She wouldn’t be the only one to call him out as a violent partner. 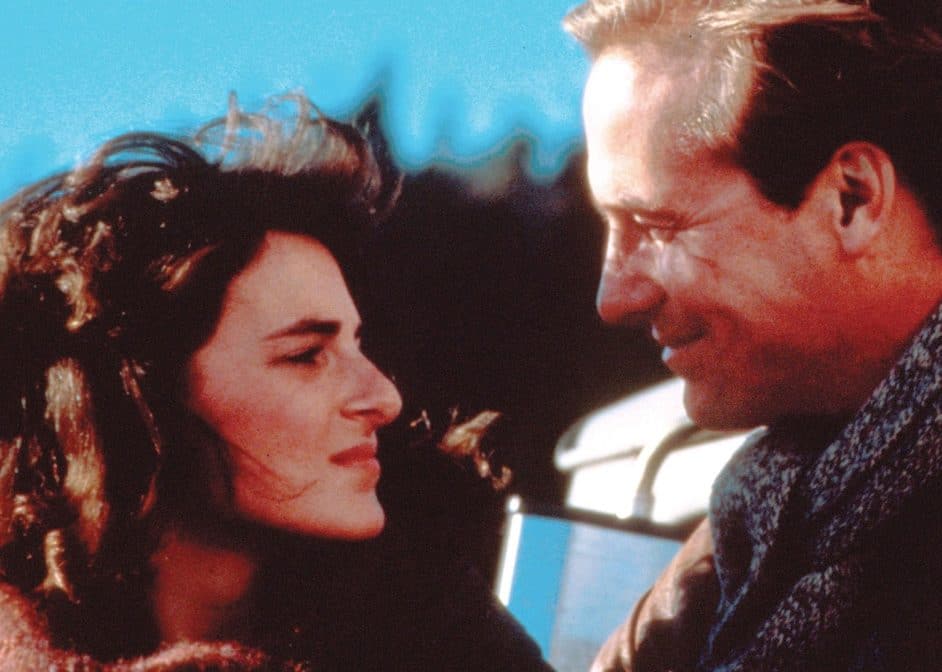 Born August 26, 1955, Matlin lost her hearing aged just 18 months. In her youth, she joined a theatre group for the deaf, which led to her being discovered by actor and producer Henry Winkler.

It was with Winkler’s support that Matlin got set up in Hollywood. Director Randa Haines’ romantic drama Children of a Lesser God was Matlin’s first role, with filming getting underway in late 1985 shortly after she turned 20.

Matlin was cast opposite William Hurt, already a star in Hollywood thanks to hit films including Body Heat and The Big Chill. As well as being more experienced as an actor, Hurt was also significantly older than Matlin at 35. He’d already been through a failed marriage with actress Mary Beth Hurt, and had fathered a child with subsequent partner Sandra Jennings. 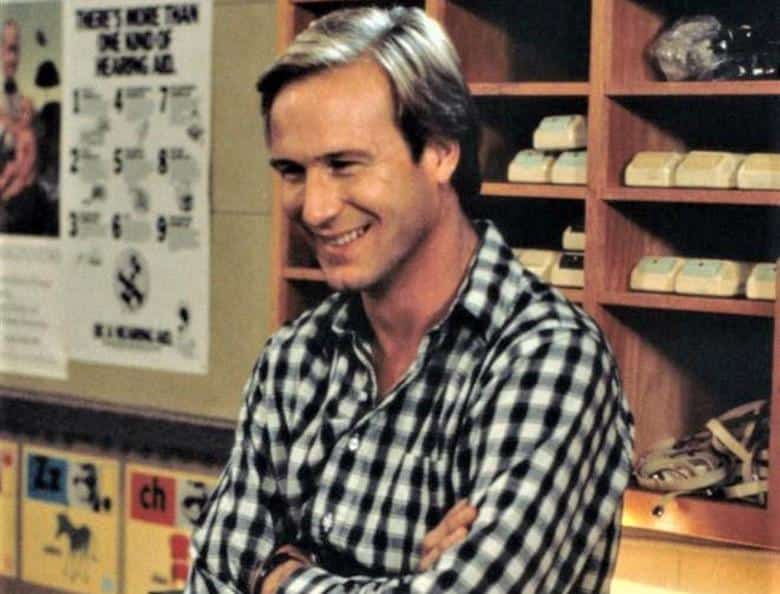 A relationship between Matlin and Hurt ensued. Matlin was with Hurt when he was awarded the Best Actor Oscar in 1986 for his performance in Kiss of the Spider Woman. The following year, Hurt was nominated in that category again for Children of a Lesser God.

Hurt would leave the 1987 Academy Awards empty-handed. Matlin, however, became not only the youngest ever recipient of the Best Actress Oscar at 21, and one of the few actors to win for their very first film, but also the first deaf person to ever win an Oscar in any category (a record she held until her CODA co-star Troy Kotsur won the Best Supporting Actor Oscar in 2022).

Hurt, as the previous year’s Best Actor Oscar winner, was himself the presenter when Matlin won. As magical a moment as this might have outwardly seemed, things were very different when the couple were alone. 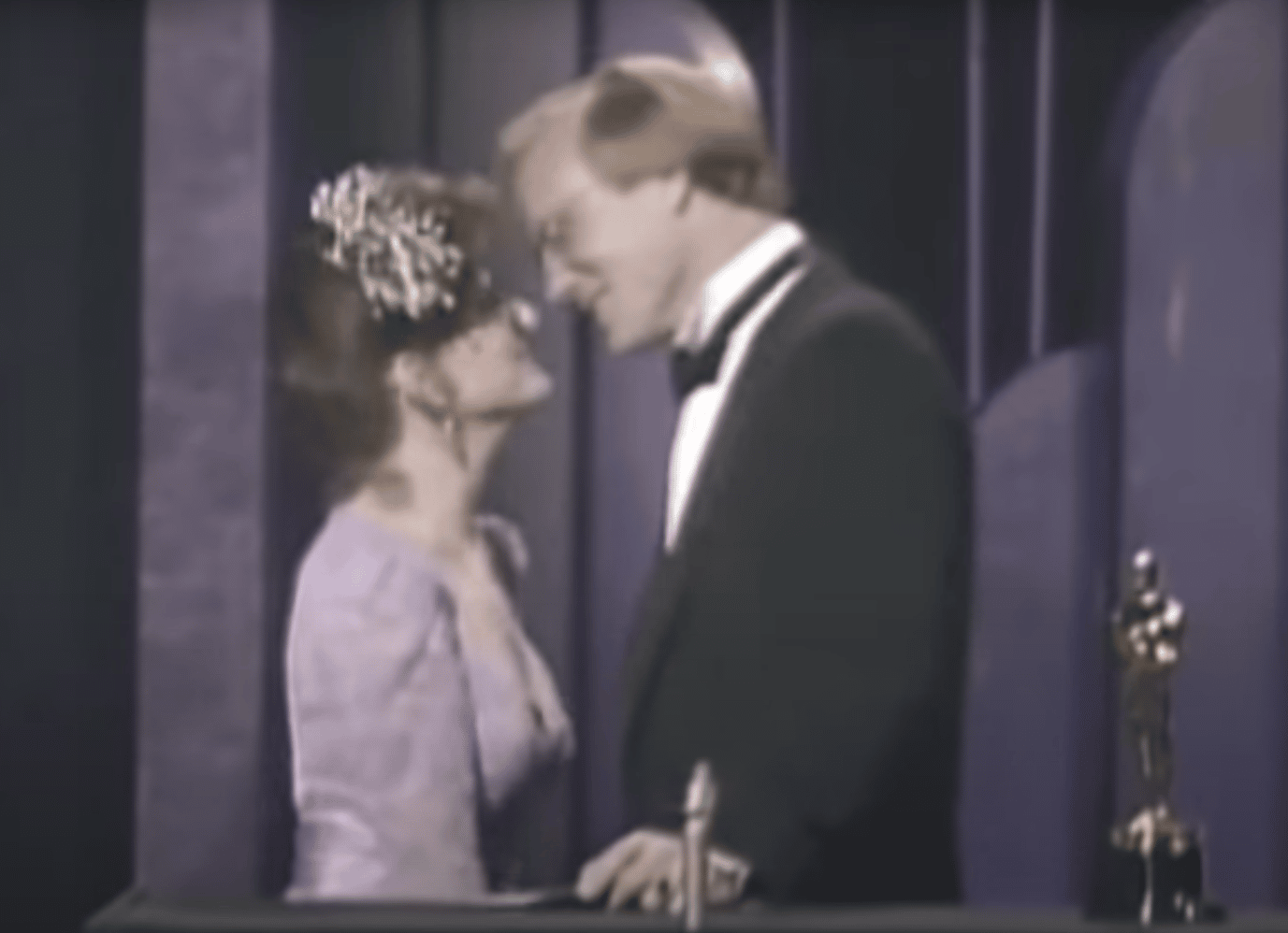 Matlin had already felt the extent of Hurt’s temper whilst they were shooting Children of a Lesser God. In her 2009 memoir I’ll Scream Later, Matlin notes that director Randa Haines assumed Hurt’s aggressive treatment of Matlin to be “part of Bill’s process, that he needed conflict, some kind of resistance to fight through” for the sake of his performance.

There are sadly many tales of male actors taking a heavy-handed approach with their female co-stars in the name of ‘method.’ Meryl Streep endured physical and emotional abuse from Dustin Hoffman whilst making Kramer vs. Kramer, and Cathy Moriarty was genuinely struck by Robert De Niro shooting Raging Bull.

While cameras were rolling on Children of a Lesser God, Matlin recalls the evidence of Hurt’s physical treatment of her was there for all to see, noting that in one scene “my dress is pushed above my knees, and down my left leg are a series of fresh bruises. You can see them if you watch that scene now.” 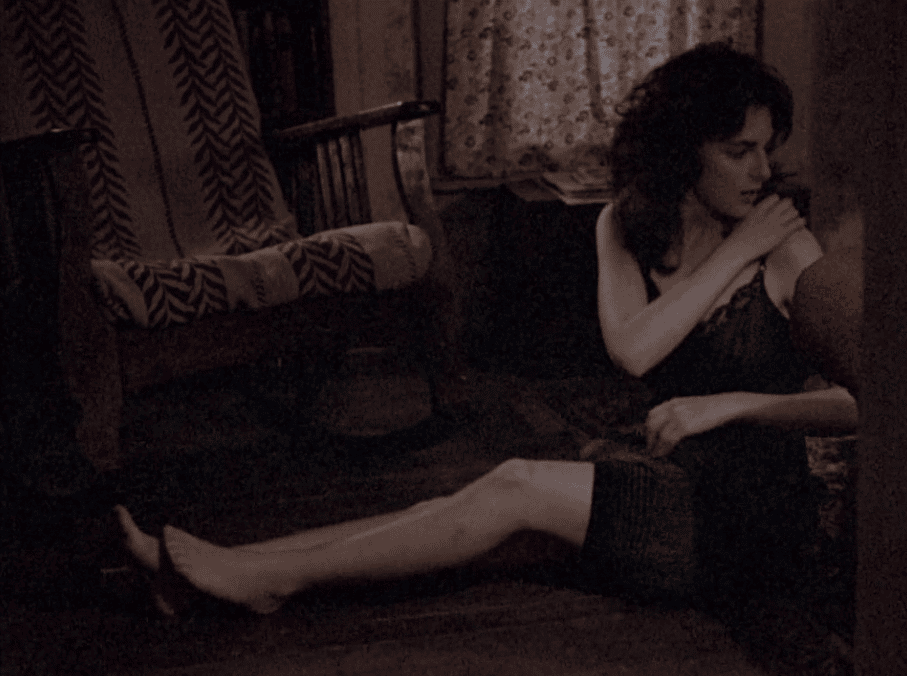 The actress writes, “I never said anything that day, wondering if the makeup crew would notice, would try to cover them… But no one did. It’s as if no one sees.”

Matlin’s autobiography recounts numerous instances of physical and verbal abuse from Hurt in their private life, including at least one instance of rape: “I was scared, I was sobbing…Then he threw me on the bed, started ripping off his clothes and mine. I was crying. ‘No, no, no. Please Bill, no.’ The next thing I remember is Bill ramming himself inside me as I sobbed.”

Hurt was drinking heavily at the time, and Matlin too had turned to drink, as well as drugs, to numb the pain. Recognising she had a problem, Matlin checked herself into the Betty Ford clinic shortly after winning the Best Actress Golden Globe in early 1987, and was still in rehab when she learned she’d been nominated for the Oscar. 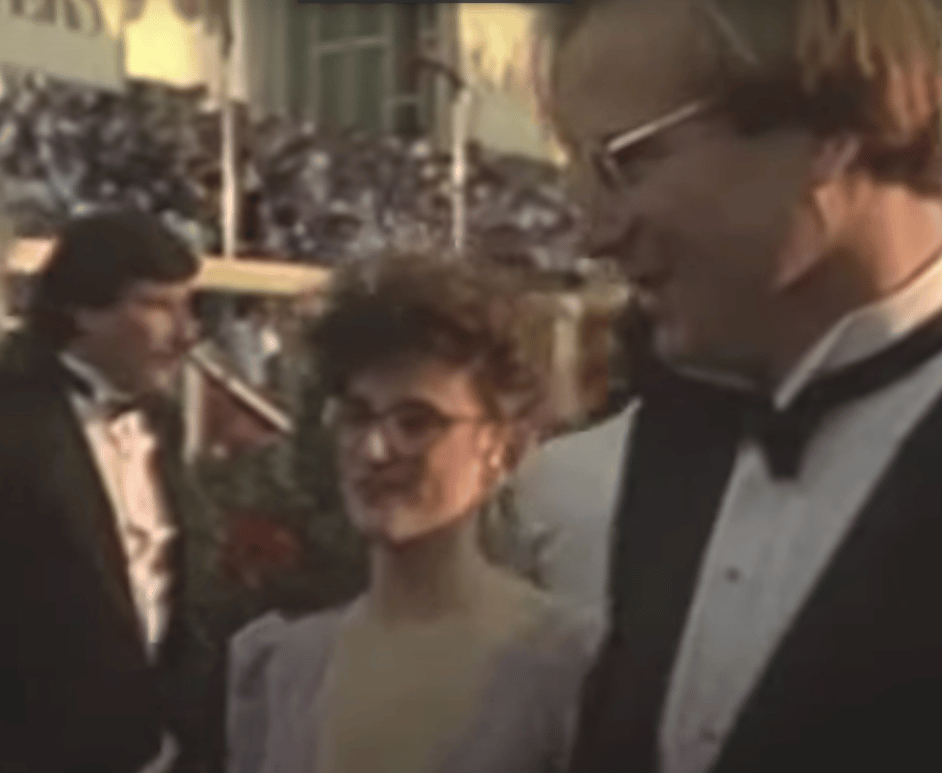 In the immediate aftermath of Matlin’s Oscar win, some film critics – notably Rex Reed – dismissed the win as a sympathy vote. Behind the scenes, Hurt was similarly dismissive and spiteful.

Matlin recalled that in their limo leaving the Oscars, Hurt said of her award, “What makes you think you deserve it? There are hundreds of actors who have worked for years for the recognition you just got handed to you. Think about that.”

Matlin continued to endure Hurt’s rage until she finally left him in 1988, in the wake of a particularly brutal struggle: “I have never been so scared in my life before or after that day.” A doctor who examined Matlin later confirmed she had “fresh bruises on her arms and face.” 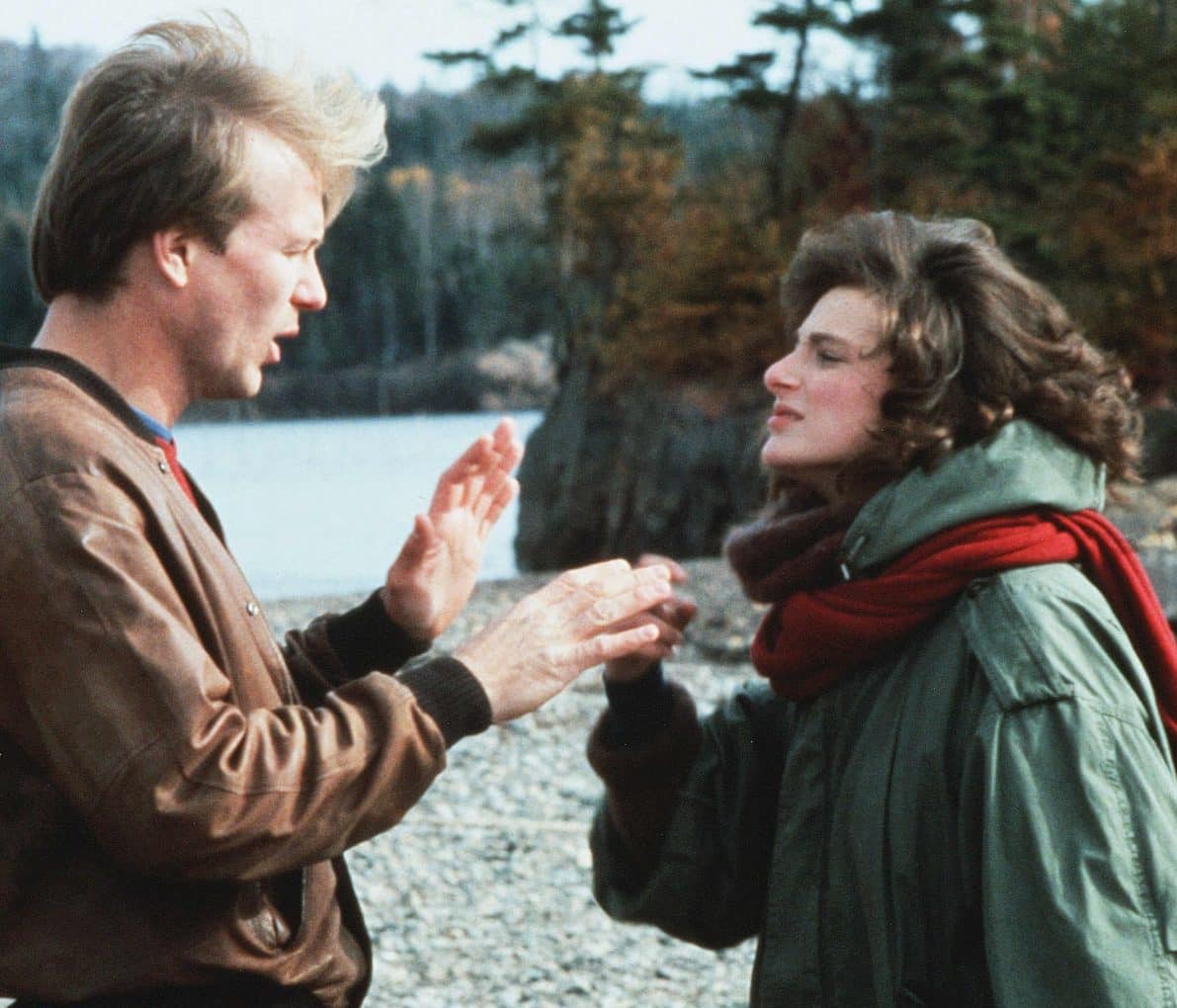 Matlin was not alone in enduring such treatment from Hurt. An earlier partner, Donna Kaz, has published a memoir detailing how she too was abused by the actor during their three-year relationship from 1977 to 1980.

Writing in Variety in the wake of Hurt’s death, Kaz says she was “deeply in love… But our relationship quickly morphed into a different cycle. Bill would snap, physically shove, punch and beat me, followed by tears, apologies and him offering me expensive gifts.

“When the battering began I sloughed it off. He said he was sorry. Perhaps I instigated it. I only had to visit the ER once. It was only after many, many years I admitted to myself that I was the victim of domestic violence.” 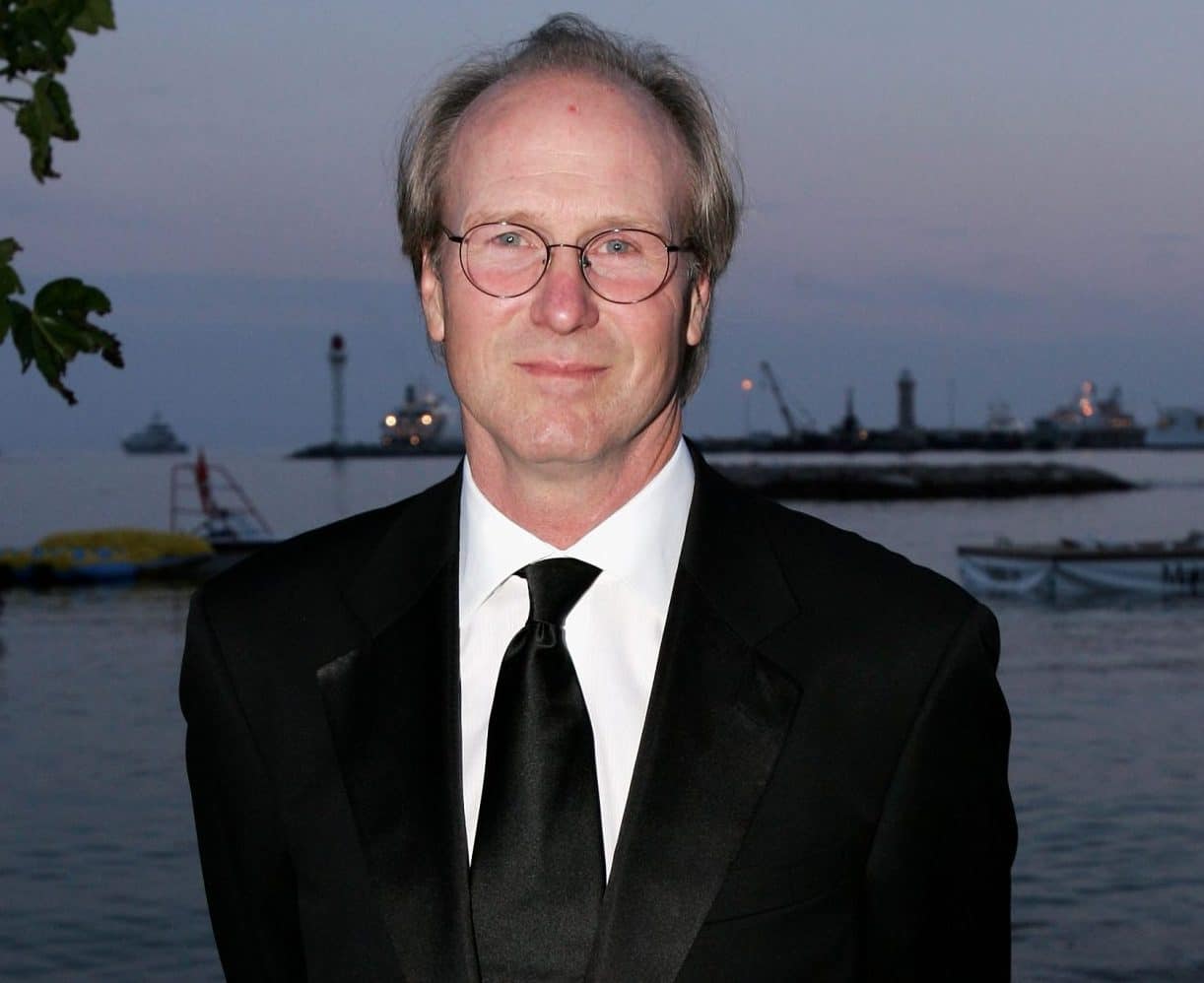 In 1989, following his split from Matlin, Hurt faced his former partner Sandra Jennings in court. She too accused him of being physically violent and verbally abusive, particularly (but not exclusively) when drunk. Jennings told People, “He’d have one drink and he’d have a personality change.” She also stated that Hurt had been abusive with Matlin (who had not gone public about her abuse at that time), as well as his first wife Mary Beth Hurt.

Aaron Richard Golub, the lawyer who represented Jennings in the trial, says he “got to see [Hurt’s] blistering anger first-hand.” In a pre-trial conference, Golub remarked that Hurt and Jennings’ son was afraid of his father, at which “Hurt jumped out of his chair and lunged at me from the other side of the conference table.”

After a scuffle which even saw Hurt’s own lawyer throw a punch, “The court officer restrained Hurt, whose face was cherry red. That was a sample of what Hurt was capable of, and he should have been locked up on the spot.” Later, Golub made a crass remark in court which prompted Hurt to “get out of the witness chair in his pin-striped suit, clearly coming for me… there was Hurt’s uncontrollable temper, witnessed in public first hand.” 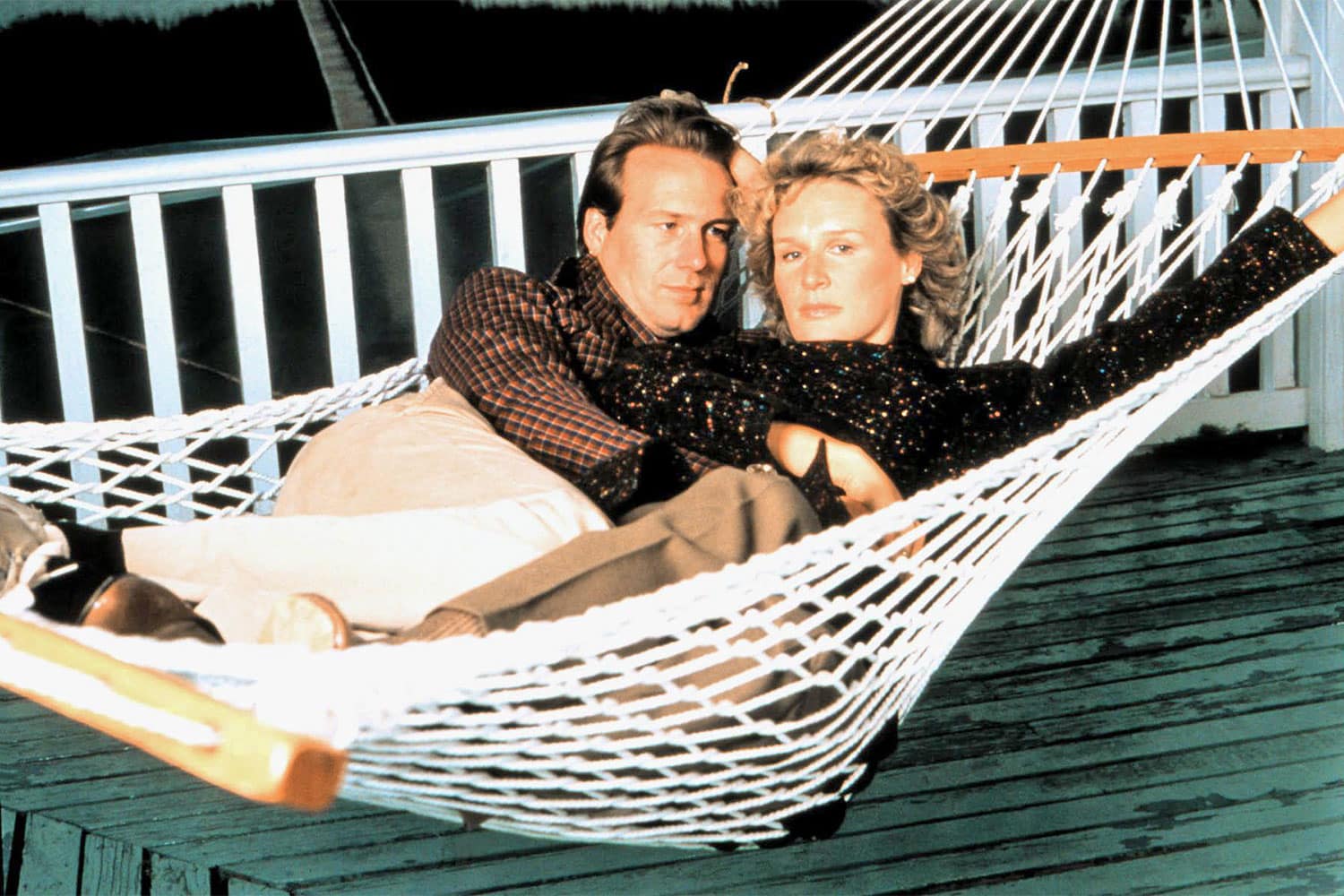 During this trial, a number of Hurt’s best-known fellow actors submitted statements in his defence, among them Jeff Goldblum, Kevin Kline and Glenn Close (all of whom co-starred with Hurt in The Big Chill). Close said of Hurt at the time, “the important thing is that Bill is really doing something about it. He’s seeking support, and he’s passionate about it, and for that reason he has my deepest respect… I think he’s actually quite a different person.”

Major job offers continued to come Hurt’s way in the wake of the allegations of abuse – Steven Spielberg, for one, offered Hurt the lead role of Dr Alan Grant in 1993’s Jurassic Park – but the early 90s saw Hurt retreat from the limelight, in large part because the actor began to recognise his alcoholism was a problem. This was something that he would admit openly later in life.

Hurt told The Guardian in 2000, “there’s that old credo, in vino veritas. In wine lies truth. And a lot of people believe that. But one day you wake up and say, ‘This is stupid and this is wrong.’ And it was wrong, so I did something about it.” 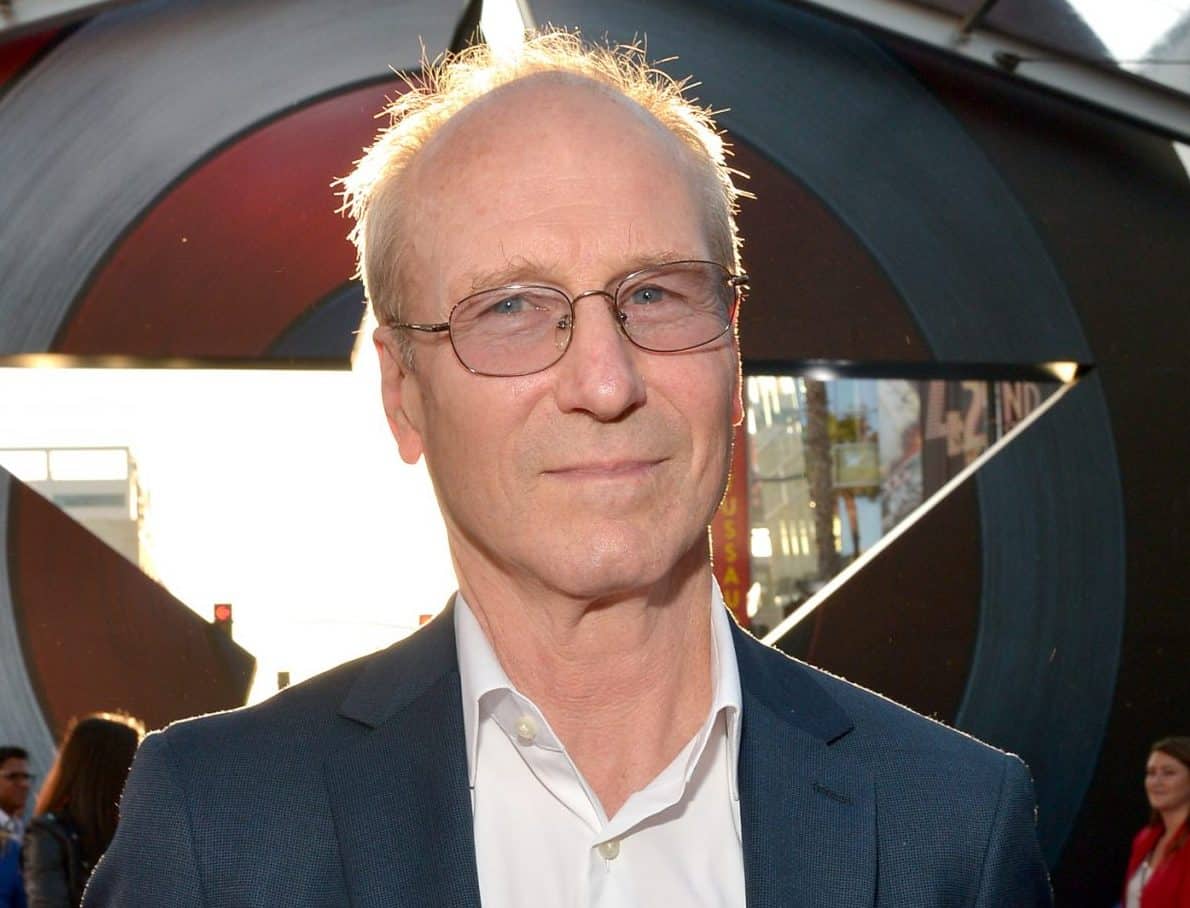 However, Hurt was less open in addressing the abuse allegations of his former partners. Donna Kaz says she has “no idea if Bill ever read my memoir… [but] he did not try to stop the book from being published.”

One rare instance of the actor addressing his allegedly violent past was following the publication of Matlin’s autobiography in 2009, and her alarming account of their relationship.

In response, Hurt stated, “My own recollection is that we both apologised and both did a great deal to heal our lives. Of course, I did and do apologise for any pain I caused. And I know we both have grown. I wish Marlee and her family nothing but good.” 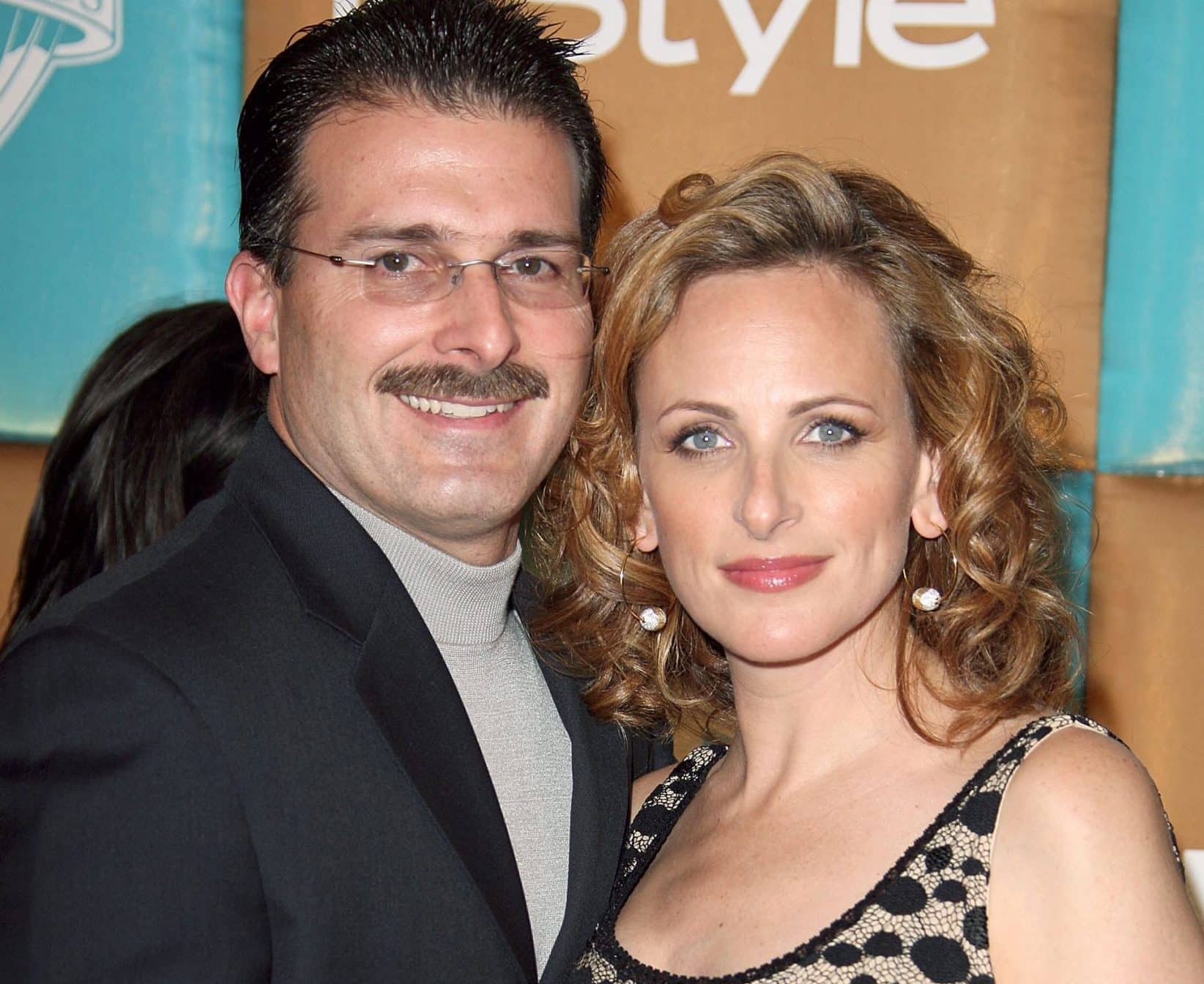 Matlin (whose subsequent acting credits include The Player, TV’s Seinfeld and The West Wing, and 2022 Best Picture Oscar winner CODA) married police officer Kevin Grandalski in 1993, and the couple have four children.

Hurt remarried in 1989 to Heidi Henderson, with whom he had two children before they divorced in 1992. He got sober in the 90s, and was reportedly so committed to sobriety that he refused opiate-based painkillers even whilst suffering from the prostate cancer that eventually took his life on March 13, 2022, a week before his 72nd birthday. In his later years, Hurt had become a star again, playing Thaddeus Ross in Marvel movies including Black Widow and Avengers: Endgame.

Following Hurt’s death, Matlin stated, “We’ve lost a really great actor and working with him on set in Children of a Lesser God will always be something I remember very fondly. He taught me a great deal as an actor and he was one-of-a-kind.”