William Gibson’s Alien 3 Would Have Been Radically Different

No one can dispute that 1979’s Alien and its 1986 sequel Aliens are all-time classics, but things get trickier when it comes to Alien 3. After a long and troubled development, the film that made it to screens in 1992 left many fans of the series dissatisfied. (It was even disowned by its director, David Fincher.) The Alien 3 we got would feature Sigourney Weaver’s Ripley trapped in a space prison, with a single, quadrupedal Xenomorph on the loose; the film we almost got, however, was something far bolder.

The first draft of the Alien 3 script came from influential science fiction writer William Gibson, and featured rival factions of scientists attempting to weaponise Xenomorph DNA in hopes of winning an interstellar cold war. If the script had made it all the way to production, this Alien 3 would have featured even more action than Aliens – and, surprisingly, Ripley herself would have had little more than a cameo role. 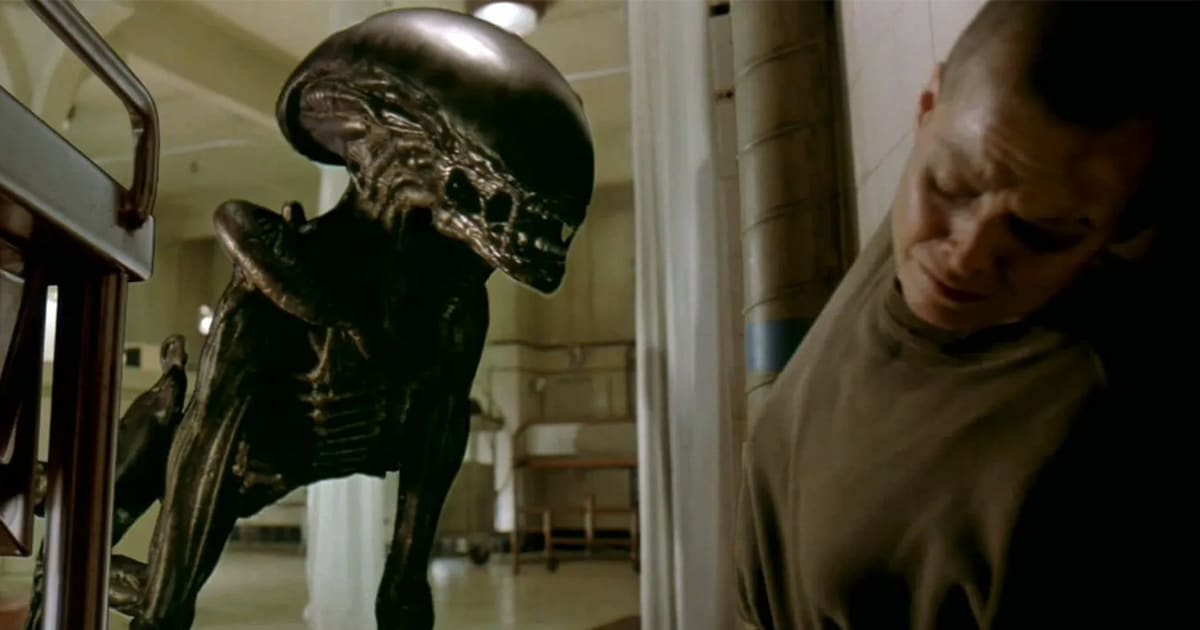 After both Alien and Aliens proved huge hits, studio 20th Century Fox was eager to keep the series going. The key issue was, while Alien and Aliens were set in the same universe, they were very different films. The 1979 original was a suspenseful, claustrophobic horror movie in space, whereas the 1986 sequel was more of an action movie, with gun-toting soldiers battling vast swathes of other-worldly monsters.

The challenge on Alien 3 was to once again reinvent the series whilst remaining true to the spirit of what came before, and developing the story world in an interesting way. Confident they could build on the success of the previous films, producers Walter Hill and David Giler (who together also wrote the story for Aliens) proposed that Alien 3 be the first half of a two-volume story delving into the machinations of the shady Weyland-Yutani Corporation.

Hill and Giller’s story treatment for Alien 3 went some way to explaining why Weyland-Yutani was so eager to capture and weaponise the alien: because of an ongoing conflict with a socialist faction which controls part of space. This was an overt nod to the Cold War, with the socialist society representing the USSR. 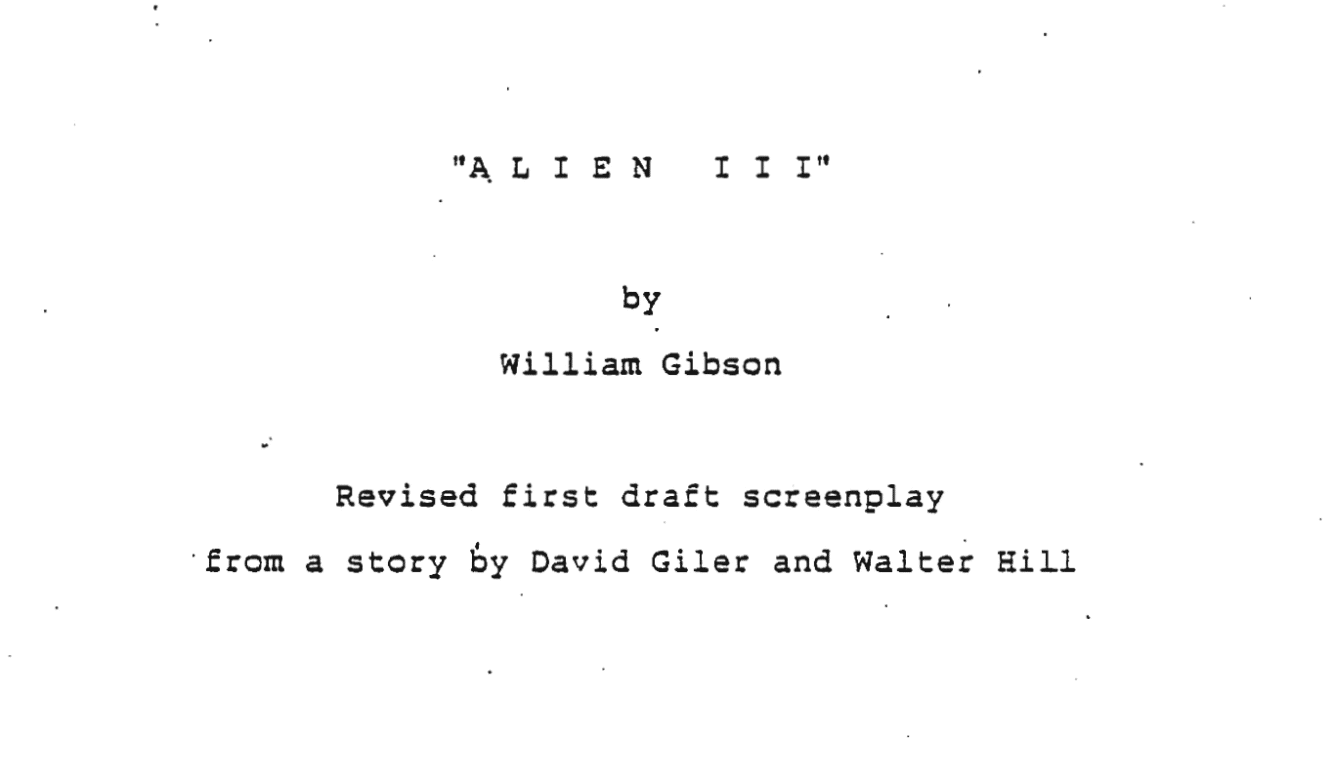 With the essentials of the story worked out, the producers sought out a screenwriter to bring it all to life, and they found a perhaps unlikely candidate: American-Canadian short story writer and novelist William Gibson, who had never before penned a screenplay. Quite how he got the Alien 3 job is unclear, although Gibson has remarked, “I got my first screenwriting job because one of the producers had been in some resort in Thailand and found a waterlogged copy of Neuromancer that somebody had left on the beach.”

1984’s Neuromancer was Gibson’s debut novel, and on the strength of this he was considered perhaps the most important science fiction writer of the decade. A central figure in the cyberpunk movement, Gibson was among the first fiction writers to address the potential cultural and societal impact of computers, and is particularly noted for having coined the term ‘cyberspace.’

Gibson was approached to write Alien 3 in 1987. The author has described his script as ‘Tarkovskian‘ (ie in the spirit of esteemed Russian arthouse director Andrei Tarkovsky), yet read the synopsis and you’ll find what sounds like one of the biggest, most bombastic sci-fi action horror movies ever conceived. 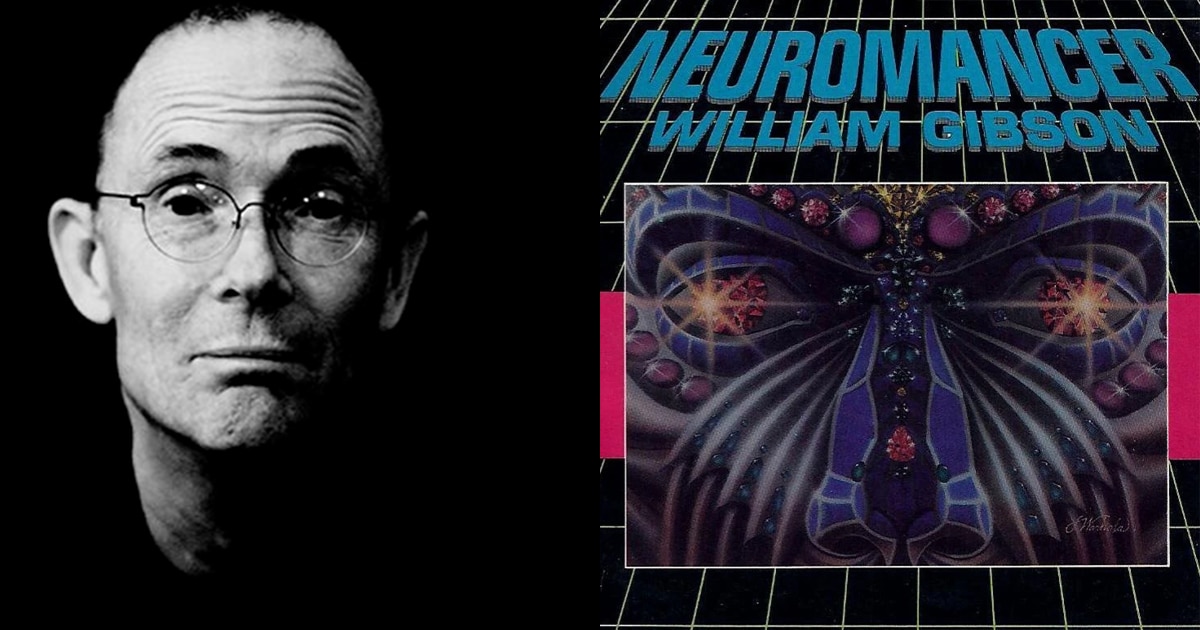 In the film we got, Ripley and the damaged android Bishop (Lance Henriksen) are the only survivors when their ship, the Sulaco, crash-lands. Gibson’s Alien 3 script, however, not only sees the survival of Hicks (Michael Biehn) and Newt (Carrie Henn), but it also sees Hicks promoted to fully-fledged lead protagonist, as Ripley is left comatose.

Rather than accidentally crashing, in Gibson’s Alien 3 the Sulaco safely docks at a space station, although en route it is boarded by soldiers from the Union of Progressive Peoples (the space socialists) in search of Xenomorph tissue samples. They find an egg in Bishop’s severed torso, which had been left when he was attacked by the Alien Queen. A facehugger bursts forth from this and attacks one of the UPP soldiers, but both are blasted out into space.

Ripley, Hicks and Newt remain in hypersleep stasis while all this is going on. When the Sulaco lands, Colonial Marines board the vessel only to come under attack from Xenomorph warriors (although where these came from is unclear, as no one was impregnated by the facehugger), and in the ensuing chaos Ripley’s hypersleep pod is damaged, plunging her into a coma. 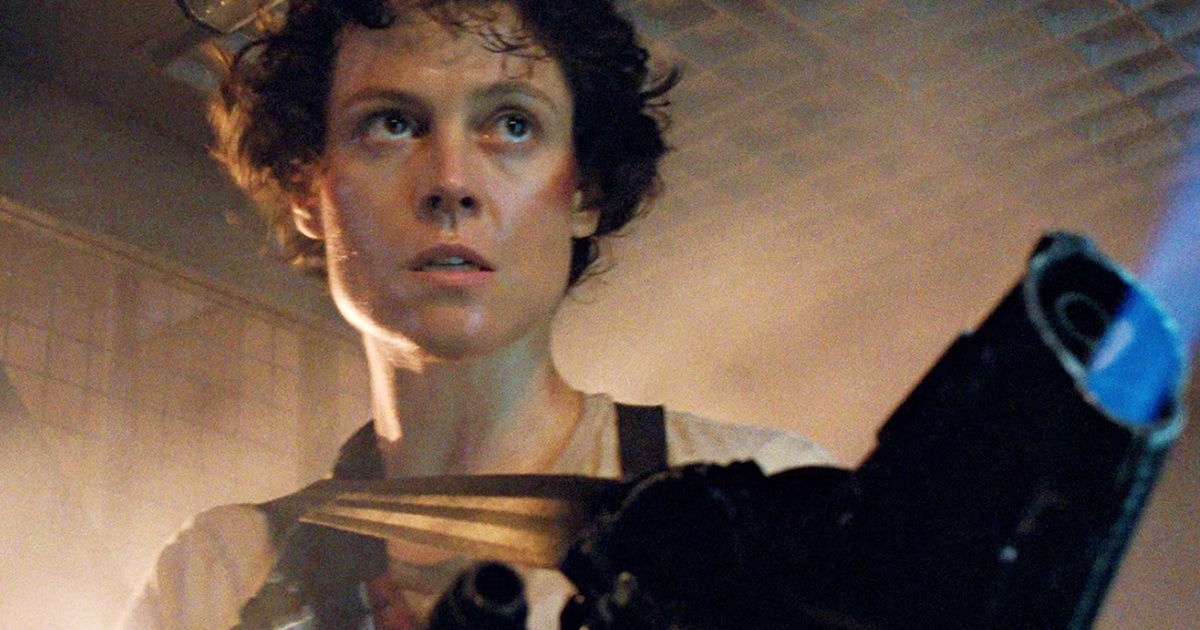 The fact that Ripley would be sidelined in this manner after leading Aliens may seem surprising now, yet when this plot was pitched, Sigourney Weaver was reportedly more than happy to take a back seat on Alien 3. This was in part due to clashes with the studio (the actress disagreed over the cutting of certain Aliens scenes, later restored in the Special Edition), but also on the understanding that Ripley would return to the forefront on the proposed Alien 4.

As a healthy Newt is sent back to Earth to live with her grandparents, Hicks remains on board the space station where he is soon joined by Bishop, who has been repaired by the UPP and returned in the name of diplomacy. Hicks and Bishop then team up to investigate rumours of Xenomorph experimentation on the station, and soon discover genetically modified aliens intended for use in warfare.

These cloned aliens have a horrific new ability: rather than requiring facehuggers to reproduce, they now release airborne spores which contaminate those who breathe them in, resulting in a new form of Xenomorph which bursts fully formed through the skin of its human host. Unsurprisingly, this experiment goes haywire and soon the space station is swarming with aliens, leaving Hicks and Bishop to lead the fight against them. 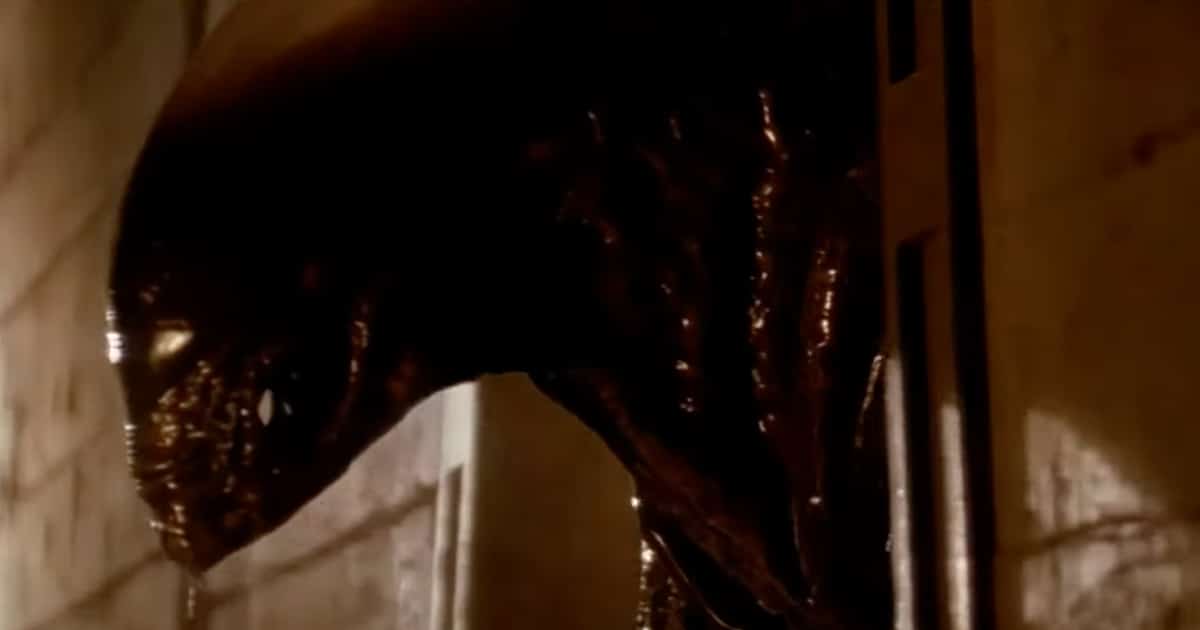 In the ensuing chaos, the Colonials enter an uneasy alliance with the UPP scientists, who are in similar trouble from their own experiments. The large-scale action that follows includes a series first: the human protagonists donning space suits and venturing outside, where they wind up fighting Xenomorphs (including an Alien Queen) in space itself. The script concludes with a hint to where things might go next, as the surviving Bishop remarks their next step should be finding and eradicating the Xenomorph planet.

Gibson’s first draft of the screenplay was handed to the producers in 1988. As Alien director Ridley Scott declined an offer to return, the producers approached Renny Harlin (later the director of such action hits as Die Hard 2 and Cliffhanger). While Harlin considered the job offer “an incredible honour,” he was unimpressed with Gibson’s script: “They basically wanted to make a movie that was just like Aliens – same kind of guns, just different place.”

Producers Walter Hill and David Giler weren’t satisfied with Gibson’s script either, Giler describing it as “a perfectly executed script that wasn’t all that interesting.” Gibson duly worked on a second draft which significantly downscaled the action, with only three Xenomorphs at play and a greater emphasis on tension and horror akin to the original Alien. Alas, this still failed to please the top brass, after which Gibson walked away, complaining of “foot-dragging on the producers’ part.” 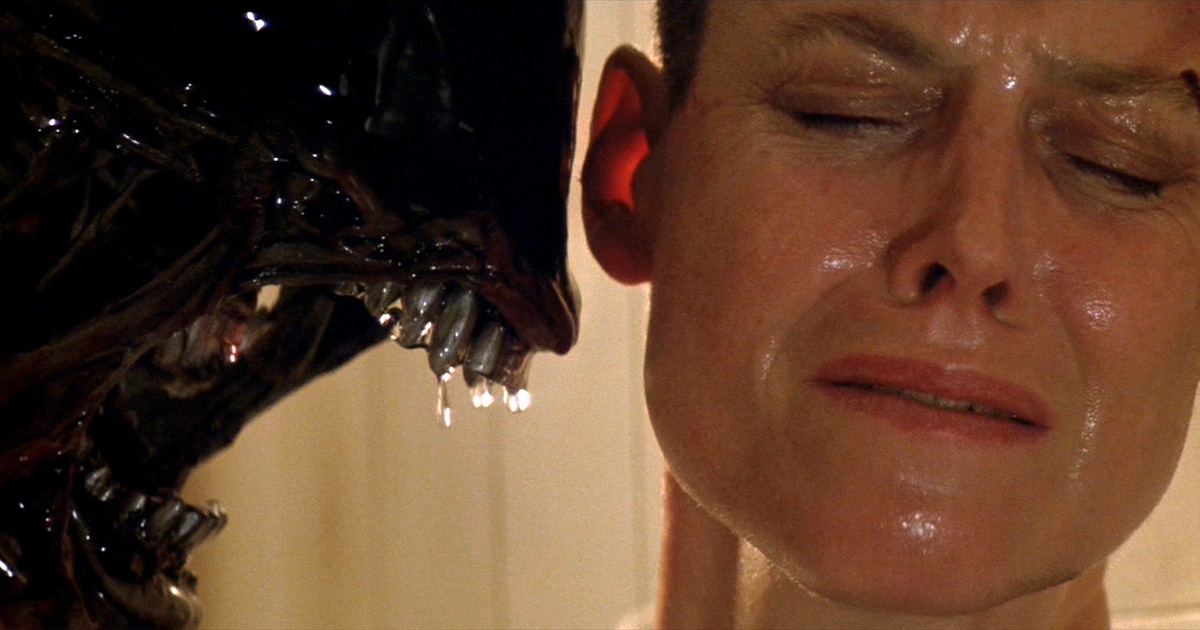 Director Renny Harlin soon quit as well, and in the four years that followed many more Alien 3 scripts would be written before they finally started shooting in 1991 with first-time feature director David Fincher and an unfinished screenplay. Feeling it wouldn’t be an Alien movie without Ripley, 20th Century Fox lured Weaver back with a $5 million fee and a co-producer credit.

When Alien 3 finally reached screens in May 1992, it wasn’t necessarily derided as a total failure, but the audience and critic response was considerably more muted than for the previous two films. Ending in Ripley’s death, it seemed a down note to go out on – until 1997’s fourth instalment Alien Resurrection, which also failed to breathe new life into the ailing series.

In the end, just about the only aspect of William Gibson’s script that wound up being used in Alien 3 was the use of identifying bar-code tattoos, seen on the prisoners. Nor is there any indication of where the original Alien 4 might have taken the story, even though Gibson’s script was intended as the first volume in a two-film arc. 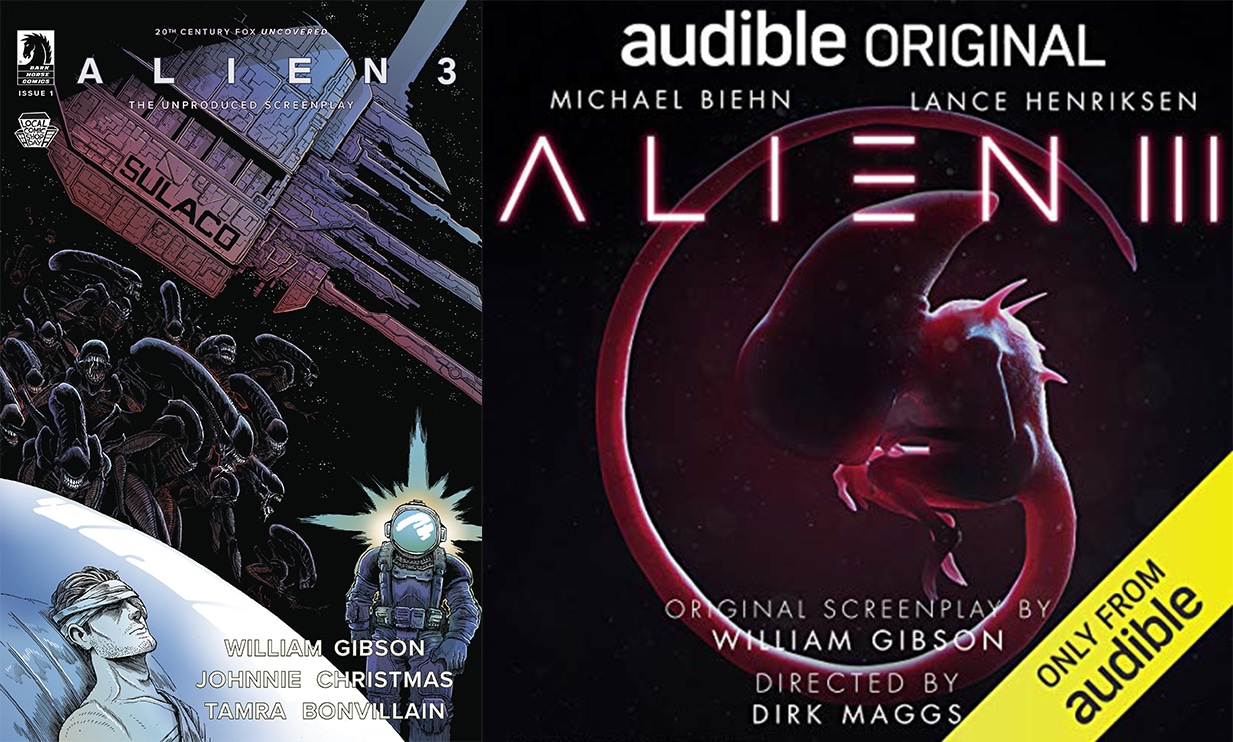 Over the years, as fans of the Alien series lamented how Alien 3 took it off course, interest grew in the abandoned William Gibson version. Eventually, Gibson’s first draft was widely shared online, and many fans and critics came to consider it far superior to what was ultimately produced. As a result of this, the script has lived on in a number of different ways.