This fatal neurological condition is what ultimately took the life of Nashville man Tony Gibson, 33, last month, after he contracted the disease just one year ago. 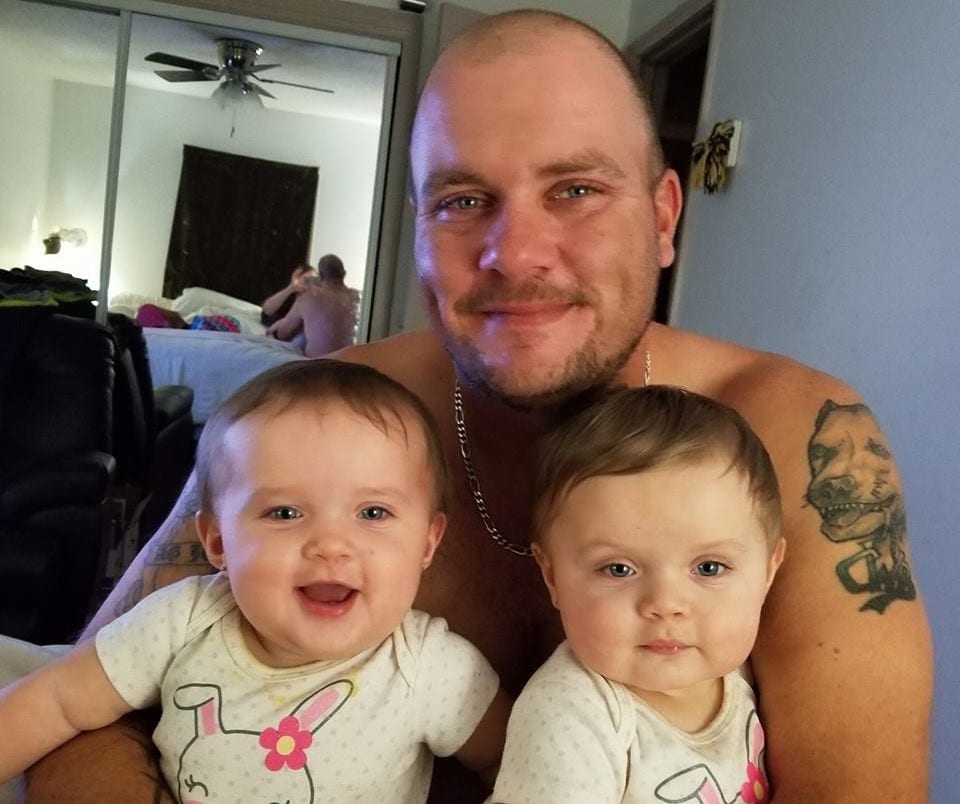 Gibson, who was described as “always so strong” prior to his diagnosis by his wife Danielle, first began experiencing memory loss in December 2017.

For months, the couple struggled to find answers as, according to a recent statement from Danielle, “no one could figure out what was going on”.

Eventually, her husband’s condition was given a name: CJD, a debilitating and rapid degenerative brain disorder with no known cure. 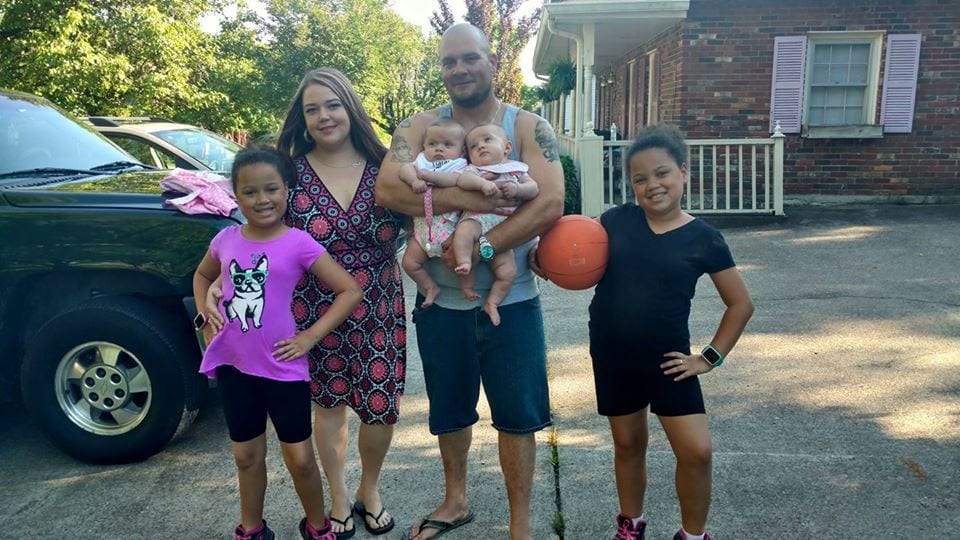 The disease was extremely rare, they were told, with only about 350 cases of CJD reported each year in the US.

According to Dr. William Schaffner, an infectious disease expert at Vanderbilt University School of Medicine, CJD is not contagious and infections appear ‘sporadically’ for reasons that aren’t always clear.

Tony was one of the unlucky ones. A father with Danielle to two sets of twins, Tony as a man in his early 30s was also about half the age of the typical victim of the disease. 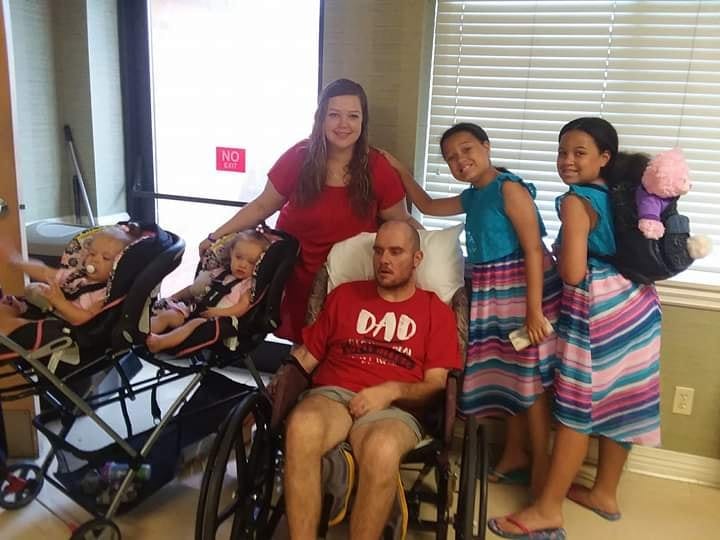 In a short space of time, Tony lost his job and eventually became so confused that his wife was forced to start labelling rooms in their home. He was given six months to live.

To make a difficult situation worse, Danielle was forced to reckon with the impending inevitability of caring for four children on her own without immediate financial support.

And so, on December 19 of last year, Danielle started a GoFundMe for Tony and the family. 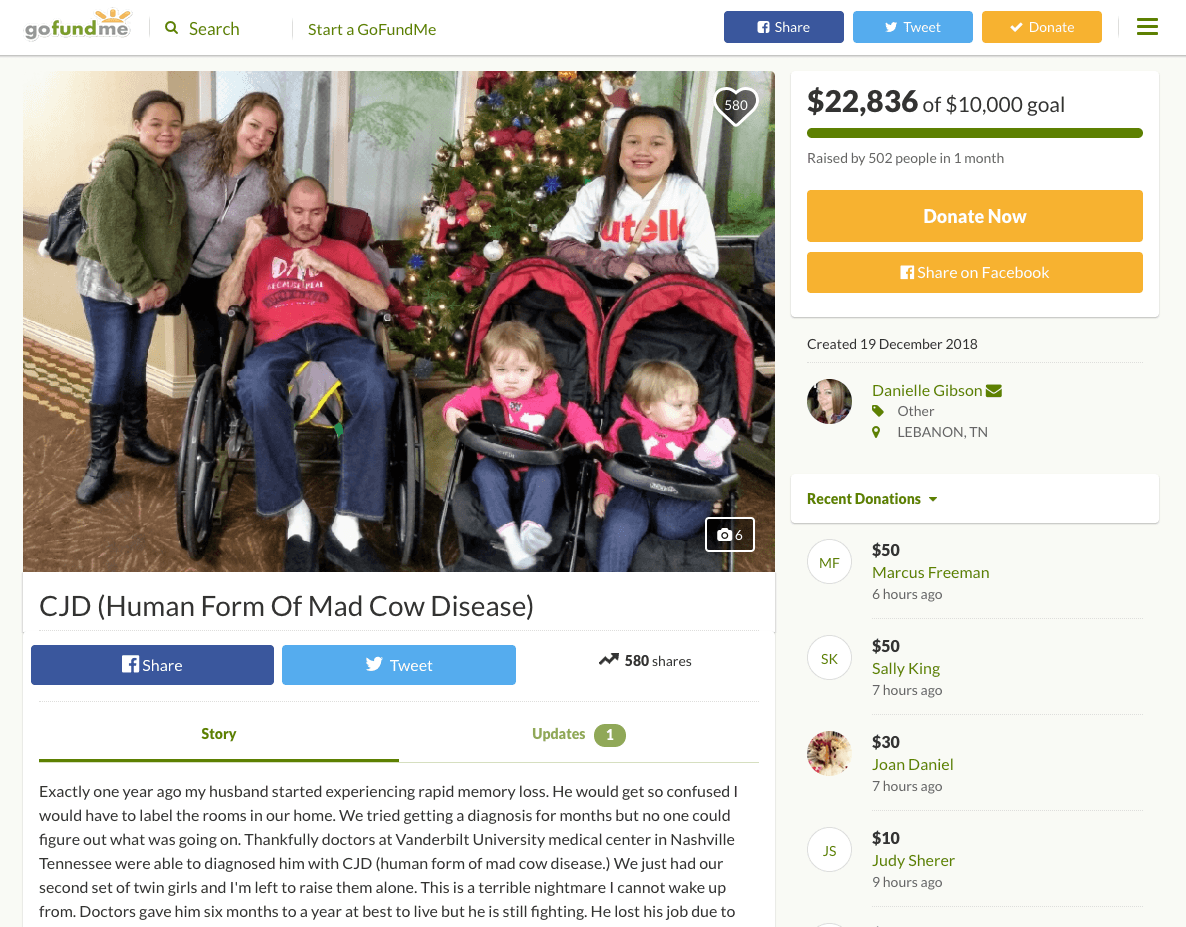 Writing that “any donation would be a blessing”, Danielle explained that she was looking at “raising two sets of twin girls with barely any income”.

Danielle went on to write that Tony “has no life insurance so I’m not sure how I will be able to afford what he needs”.

After word of the Gibson family’s situation spread, donations came pouring in, and in a matter of weeks a $10,000 goal was met with contributions totalling more than $22,000 and counting. 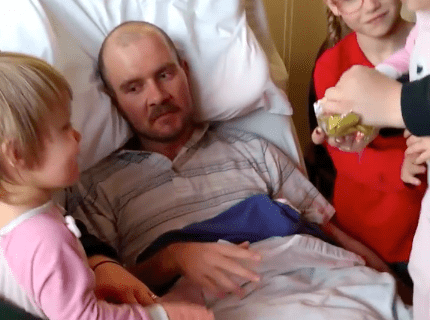 In December, Danielle posted a video of what would prove to be the Gibson family’s last Christmas together.

In the video, Tony’s condition is shown to have worsened dramatically. Confined to a hospital bed, he is apparently unable to speak and extremely limited in movement.

Then, last week, Danielle announced with an update on the family’s GoFundMe page that Tony had passed on January 30.

Writing that she wished to “thank everyone for your support, prayers and love through this difficult journey”, Danielle also posted a final video of Tony.

The video sees Danielle singing a rendition of the hymn Amazing Grace as Tony, visibly much more frail than in the previous video, lays in his deathbed.

Danielle’s final message reads: “He fought a damn good fight. Our hearts are broken but we take comfort in knowing this fight is over. #CureCJD”.