This Is Why We All Loved Woof!

The children’s TV programme Woof! was an excellent treat to watch after a long day at school. It was based on the book by Allan Ahlberg, and it was about the adventures of a boy who could turn into a dog. Didn’t we all just think that was so cool?! Imagine doing that! Wow! 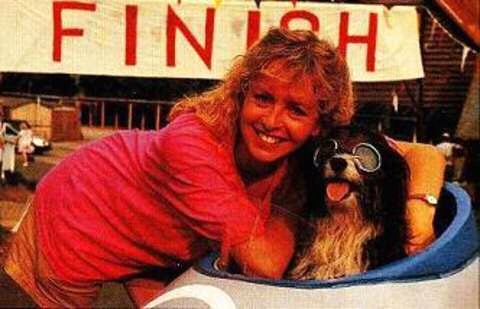 Produced by Central Independent Television, and filmed in the Midlands, mainly in Birmingham and in Nottingham, with the first series airing in February of 1989, the show ran until 1997. There were nine series in total, with sixty nine episodes, which were each twenty five minutes long. 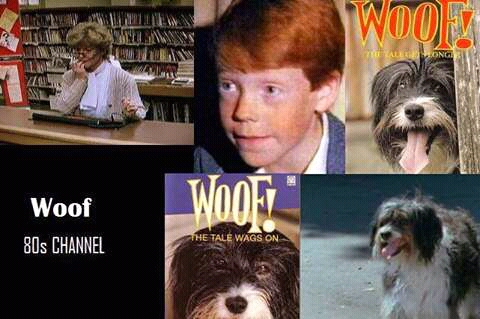 Eric (Edward Fidoe) played the part of the boy who could turn into a dog, the transition was caused by adrenaline. As a dog Eric was played by the famous dog Pippin, for the first four episodes back in 1989. 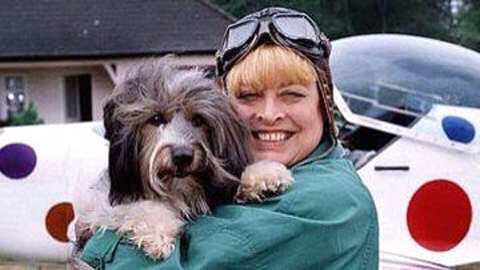 Pippin also appeared in the first series of another top children’s TV programme, Come Outside, with Lynda Baron, who is best known for her role as Ronnie Barkers love interest, Nurse Gladys Emmanuel, in the comedy Open All Hours. Pippin made appearances in some educational films too.

Then after Pippin left, Tich the dog took over the role. 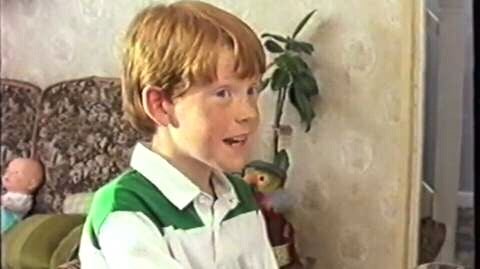 Edward Fidoe was born in 1978, and he played the role of Eric Banks from 1989 to 1993. As an adult, he is now forty years old, Edward has run a Theatre Production Company and Edward cofounded School 21, which opened in 2012, in Stratford, East London. 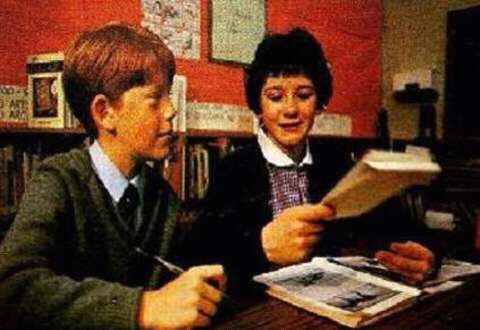 Eric’s best friend was Roy Ackerman (Thomas Aldwinckle) and later on, when Thomas Aldwinckle left the series, he was replaced by tomboy Rachel Hobbs (Sarah Smart). Though filming was interrupted for awhile when Sarah Smart broke her leg. 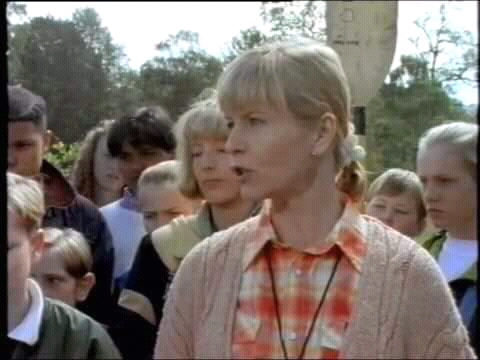 Liza Goddard played teacher Mrs Jessop, she was the only original cast member to appear in all nine series.

Born in 1950, Liza has a very long list of stage and screen credits to her name, including, Skippy The Bush Kangaroo. 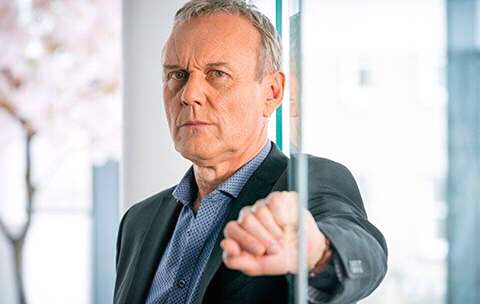 There was an adult who had the same ‘condition’ as Eric, who was played by Anthony Head. Anthony Head starred in the hit American series, Buffy The Vampire Slayer, with Sarah Michelle Geller. He found fame with the Nescafe adverts, playing one half of the Gold Blend couple. Then there is the hilarious Little Britain, with David Walliams and Matt Lucas, where he played the Prime Minister.

Anthony played B.J. Bentley in two episodes of Woof! in 1991. 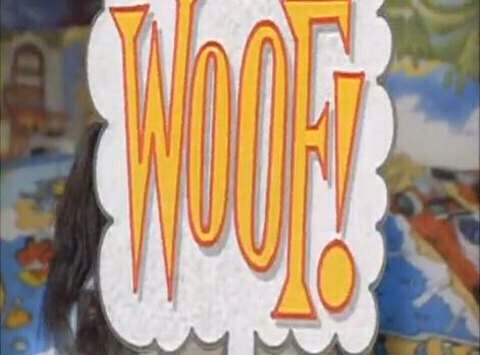 Series six was aired in 1993 with Adam Roper taking over the lead boy role. Adam Roper played Rex Thomas, who inherits Eric’s condition, and changes into a dog. (Played by a small white dog called, Punch).

In series six, episode one, Eric Banks and Rachel Hobbs make a cameo appearance, they are seen walking past Rex discussing why Eric had lost his ability to change into a dog, and wondering if another person was capable of doing so, to show transition from Eric to Rex, with a new character and a new beginning. 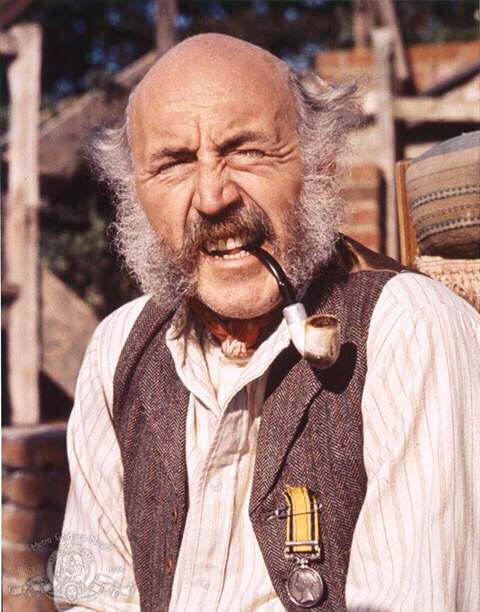 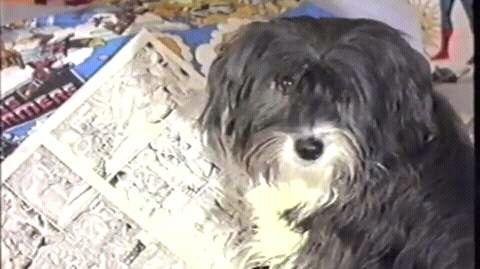 In the final episode of series eight Rex becomes Mrs Jessop’s stepson, as she marries his Father Ken (Owen Brennan). Owen Brennan also played the next door neighbour in the BBC comedy One Foot In The Grave. 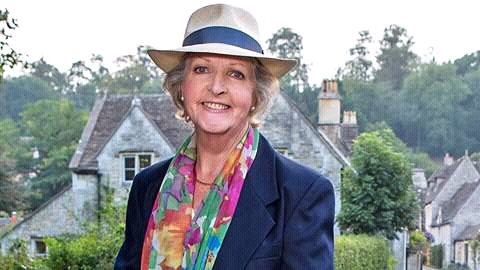 Leslie Grantham passed away this month, on 15th June. He was seventy one years old. Born in Camberwell, London, on April 30th 1947. Leslie appeared in six episodes of Woof! and yes, his most famous role? That of Den Watts ‘Dirty Den’ in Albert Square, EastEnders. 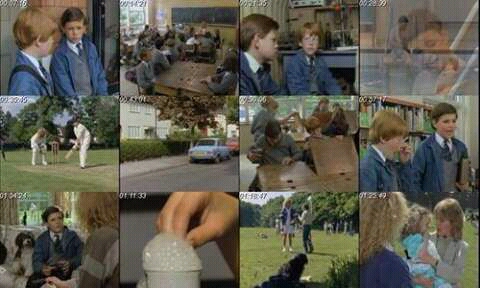 The final series, series nine with seven episodes, was aired in 1997, which saw cast changes yet again. The lead boy was played by Jim Walters (Sebastian Mahjouri) who turned into a dog, played by Tinka the dog.

Jim’s cousin was Brian Barford (Jack Allen) and next door neighbour Carrie Howard (Faye Jackson). Who get up to many more adventures with a boy who becomes a dog. 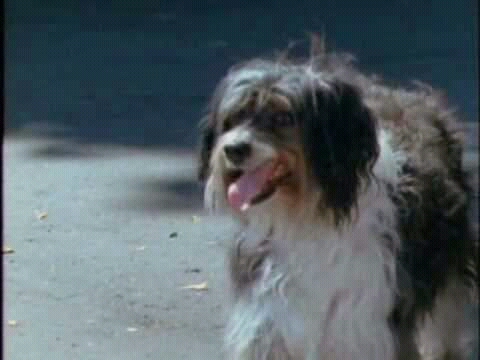