He was a record-breaking young pop star, with his first three singles all topping the US music chart, while his career was lovingly supported by his three older brothers: Barry, Robin and Maurice Gibb, better known as The Bee Gees. The youngest Gibb brother, however, wouldn’t outlive the 80s.

In 1981, Andy Gibb began a romance with Dallas star Victoria Principal. It was a relationship that would end in heartbreak and, finally, Andy’s death at the age of just 30 – something that surviving Bee Gee Barry blames Principal for to this day.

Andy died from myocarditis in 1988, with a period of intense drug addiction having followed his breakup from Principal. In reality, though, Andy’s drug addiction long predated that relationship, and his misleading but heart-wrenching tale to the press caused Principal a world of turmoil. 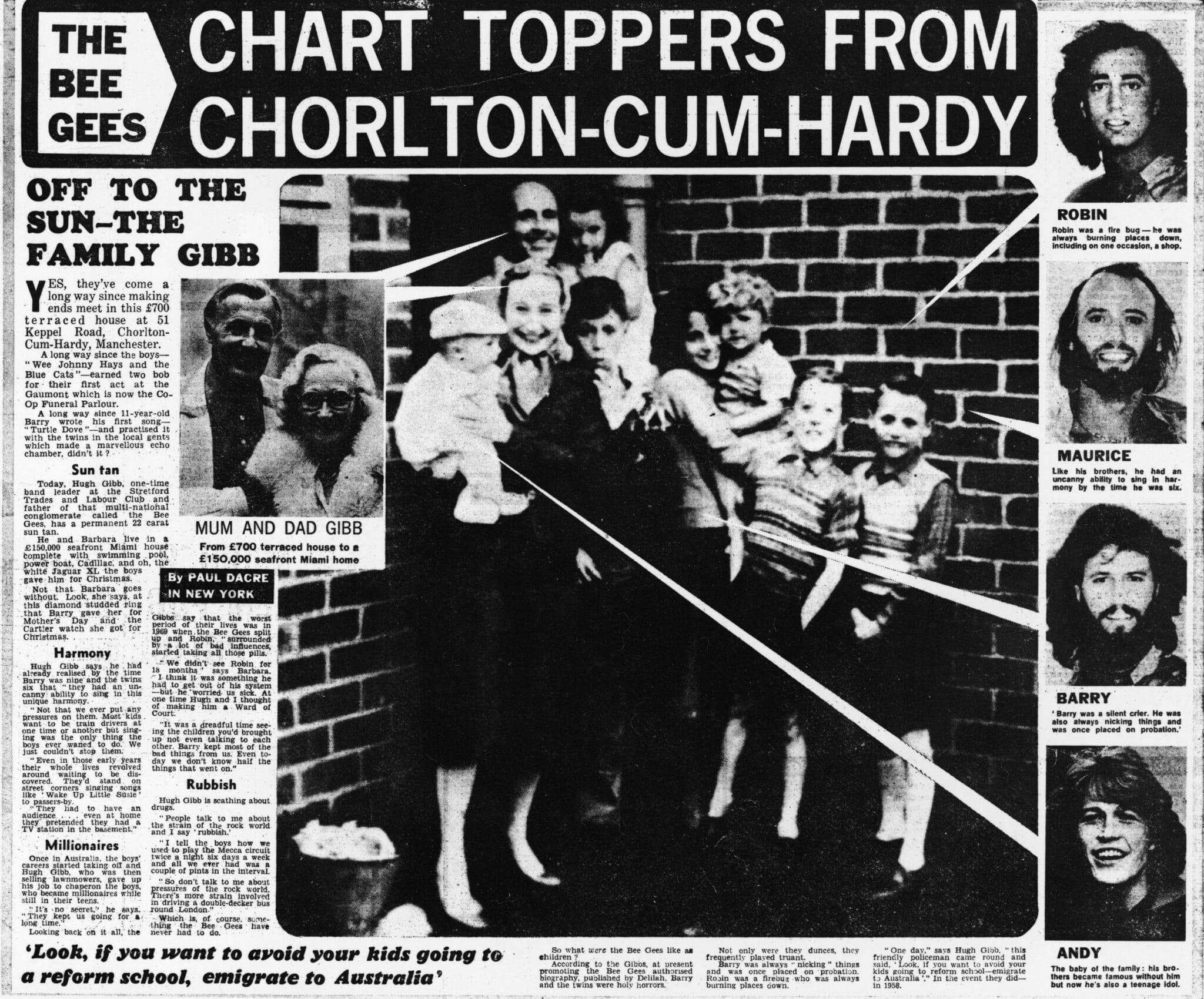 Born on March 5, 1958 in Stretford, England, Andy Gibb was the youngest of five siblings. His family emigrated to Queensland, Australia, when he was six years old. His older brothers won international fame as a band under the name ‘Brothers Gibb’, which was later abbreviated to The Bee Gees.

Andy’s eldest brother, Barry, was 12 years his senior, and Andy reportedly “hero-worshipped” him. When Andy turned 13, Barry bought him his first guitar and helped him to make contacts in the music industry.

“We were like twins,” Barry has since said. “Maurice and Robin were the real twins, but Andy and I were like twins, even though he was the youngest and I was the eldest. We sort of looked alike, and even had the same birthmark.” 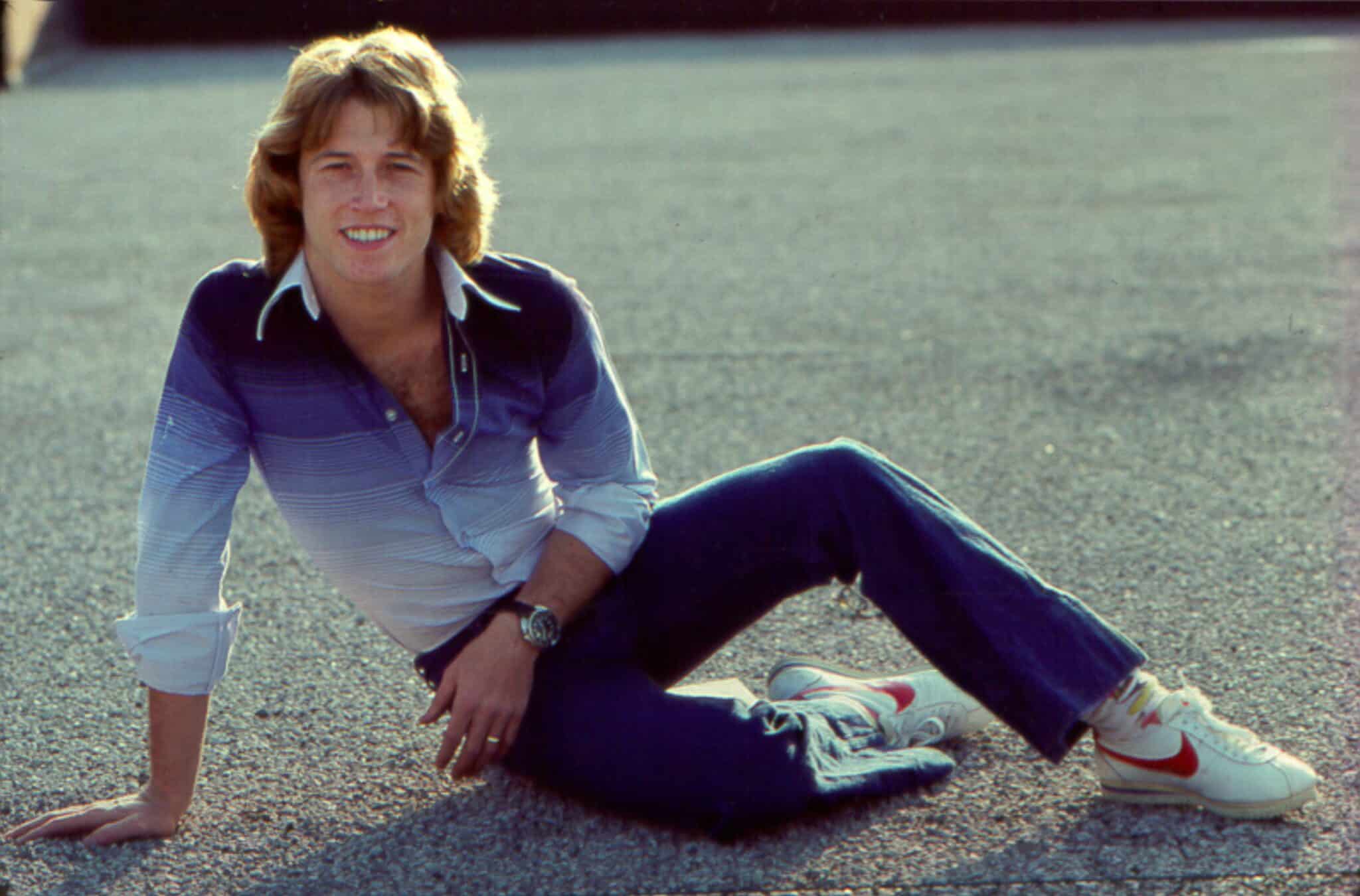 At the age of 18, Andy married his girlfriend Kim Reeder and the pair moved to California to launch his pop career. With a great deal of support from Barry and The Bee Gees, Andy scored his first number one hit – I Just Want to Be Your Everything – just six months after relocating.

Andy became a teen heartthrob, and would take part in extensive interviews and tours. Excluded from both, however, was Kim, who suspected that Andy’s producers wanted to erase “Mrs Gibb” from his public image, and build his appeal to teen girls.

The pair later split while Kim was pregnant with Andy’s first and only child, a girl named Peta Gibb, born in 1978. Peta only met her father once. (In adulthood, Peta became a singer, and has performed with her Gibb cousins in a group named The Gibb Collective.)

Throughout his rise to fame, Andy had a mostly friendly rivalry with The Bee Gees. Andy’s song Love is Thicker Than Water knocked The Bee Gees’ Staying Alive off the US number one spot in 1977 – only to be beaten in turn by The Bee Gees’ Night Fever. 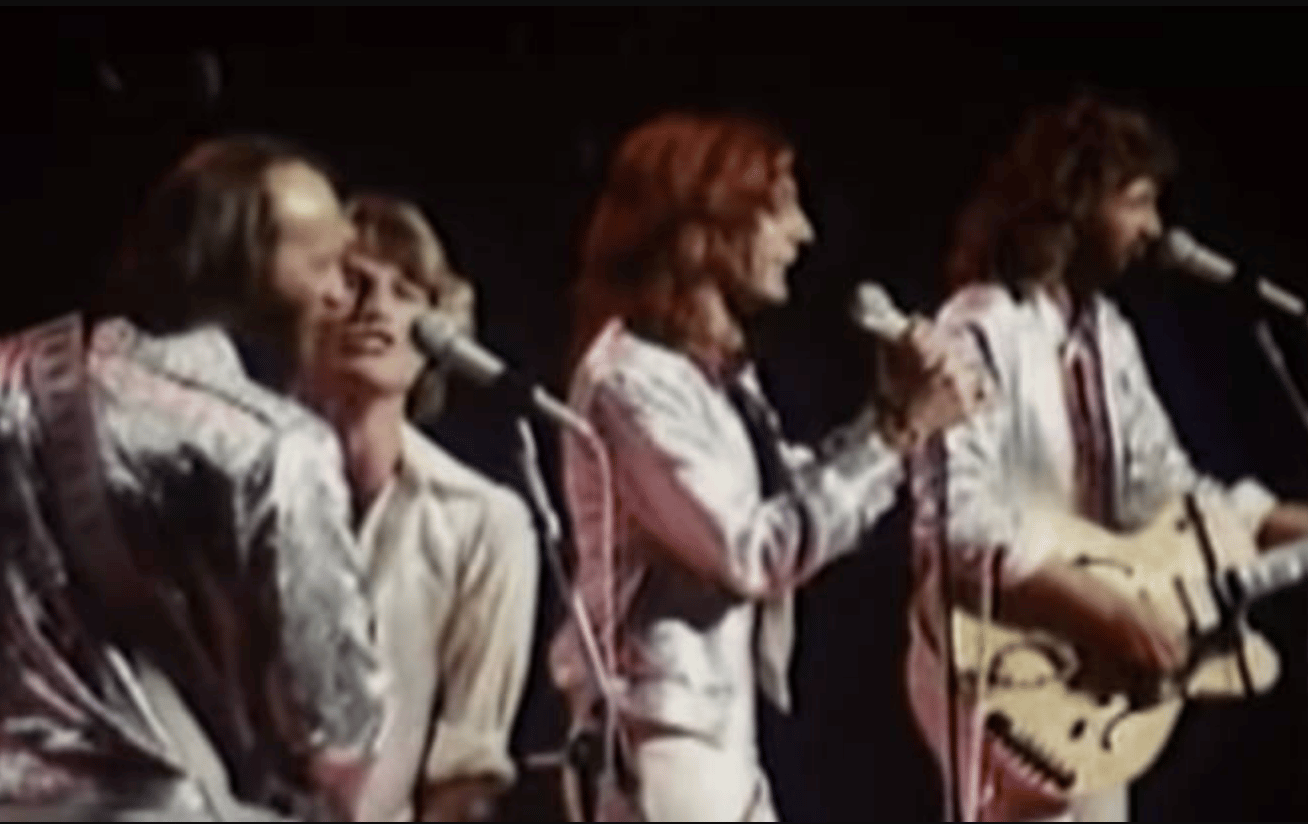 Andy Gibb performs You Should Be Dancing live onstage with the Bee Gees, 1979

Since Andy’s death, however, his family have suggested that the rivalry may have rankled with Andy. He often seemed angry at being overshadowed, with his mother Barbara Gibb describing how, on one occasion, Andy flew into a rage when a venue promoted him as “Andy Gibb – younger brother of The Bee Gees”.

This rivalry, combined with the intense pressure of his newfound fame, saw Andy begin to experiment with drugs. His brother Robin, in particular, has blamed only Andy for this early foray into drug abuse: “He had a very weak personality in saying no to these things. He didn’t really see any harm.”

According to past girlfriends, his family and friends, Andy Gibb was a sweet and kind man. However, under the influence of drugs, he seemed to turn into a different person, with extravagant spending on yachts and private planes plunging Andy into debt. 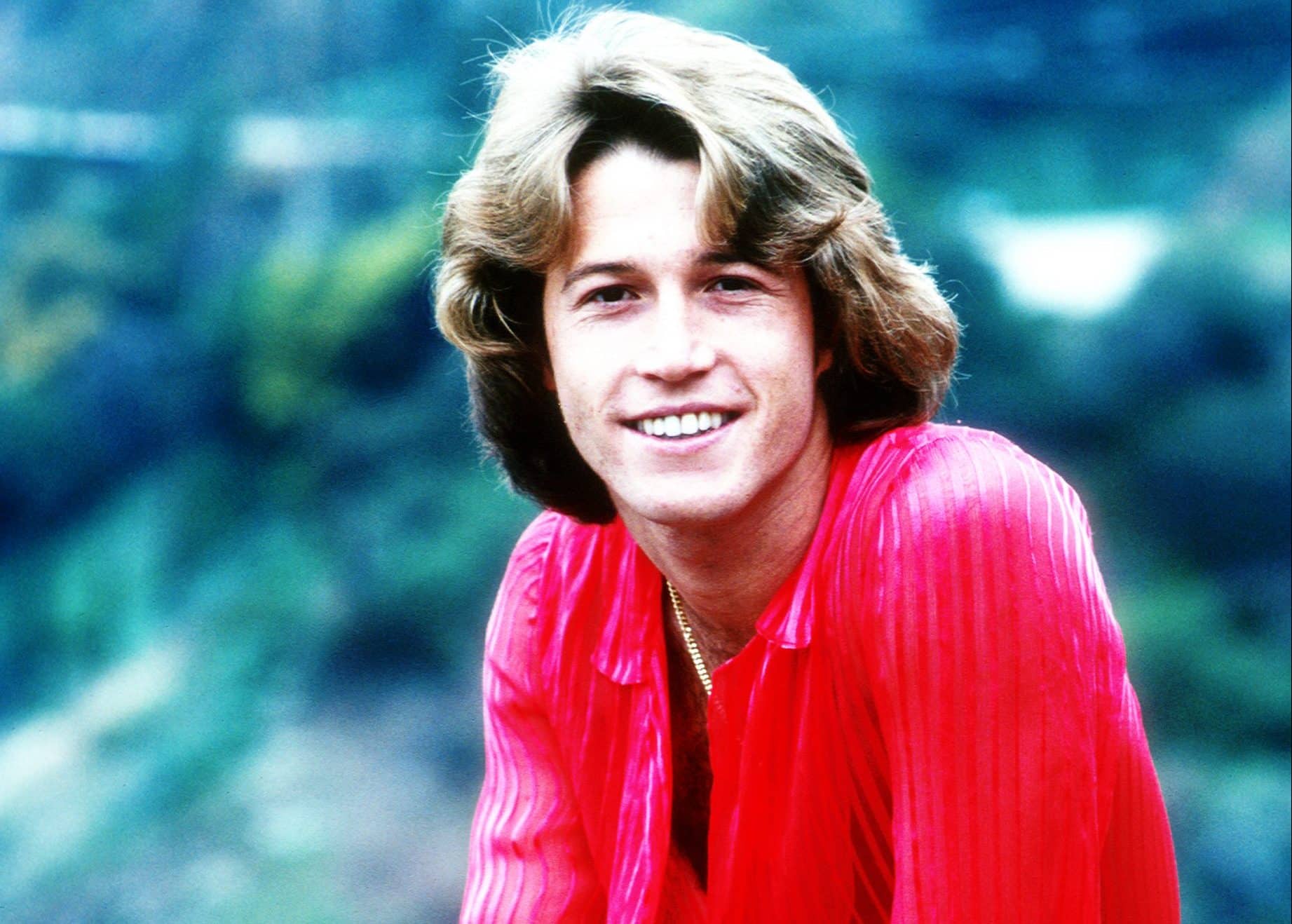 His record sales in decline, Andy’s wild behaviour led his producer Robert Stigwood to drop him. At this time, Andy was struggling to stick to commitments, but in 1981 his life took an unexpected turn when he appeared on The John Davidson Show.

On the January ’81 episode, Davidson mentioned a previous interview in which Gibb described his crush on Dallas actress Victoria Principal. To the audience’s laughter and Gibb’s embarrassment, Davidson then welcomed Principal onto the stage to meet him. Principal and Gibb began dating three days later.

Gibb’s life began to look up, as he threw himself into the new relationship and began co-hosting the variety show Solid Gold and performing on-stage in The Pirates of Penzance. 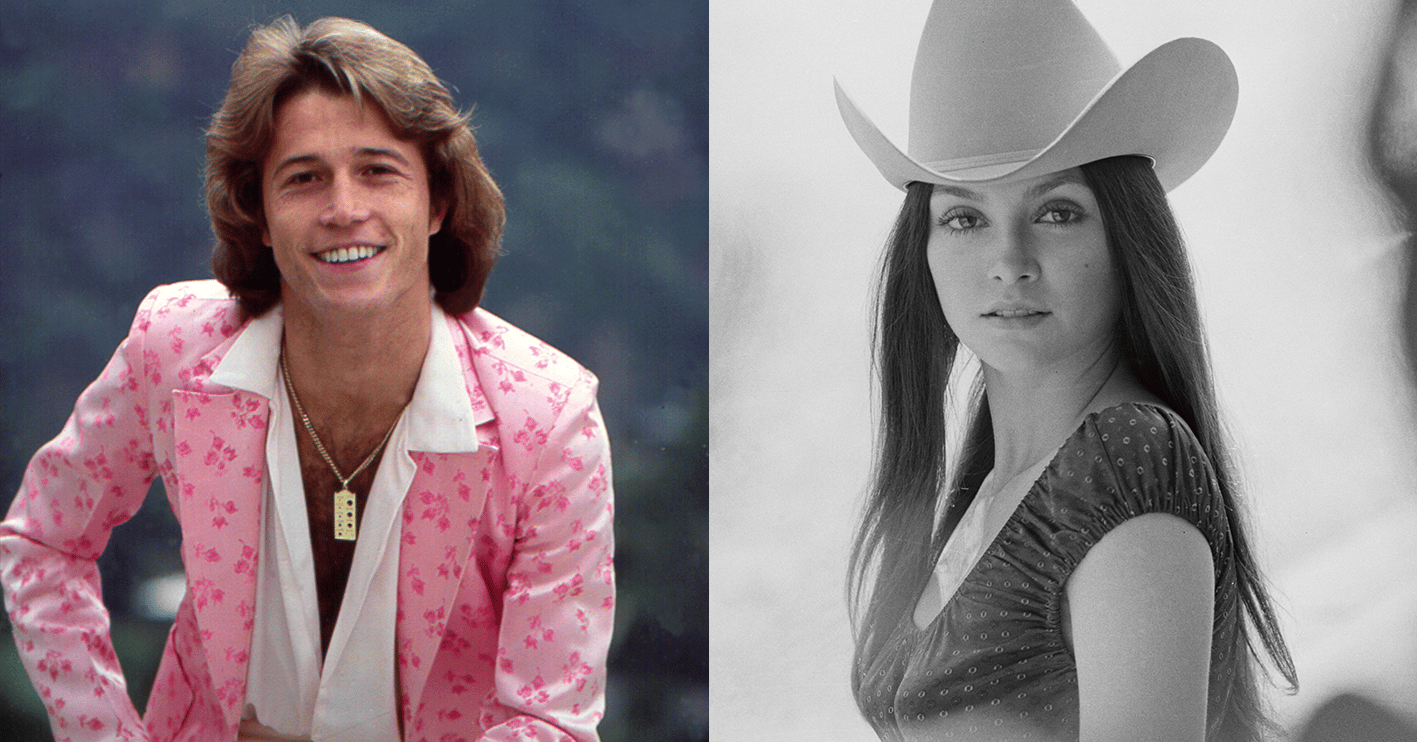 While some of Gibb’s family were mistrustful of the change, his brother Maurice has since reflected: “I think the relationship with Victoria Principal was absolutely beautiful. It was everything he had dreamed of and that’s the important thing, not what I think or everybody else thinks. Andy thought the world of her.”

Andy’s mother Barbara has been more critical. “He was obsessed with her, but she didn’t treat him well,” she has commented. Andy said that he and Principal were “this close to getting married”, before things took a turn.

As Andy’s strange behaviours returned and he lost weight rapidly, Principal began to realise that he was struggling with drug abuse. After over a year of dating and countless arguments, Principal recalled, “I asked either to choose me or to choose drugs, and I know that with all his heart he wanted to choose me… he chose drugs.” 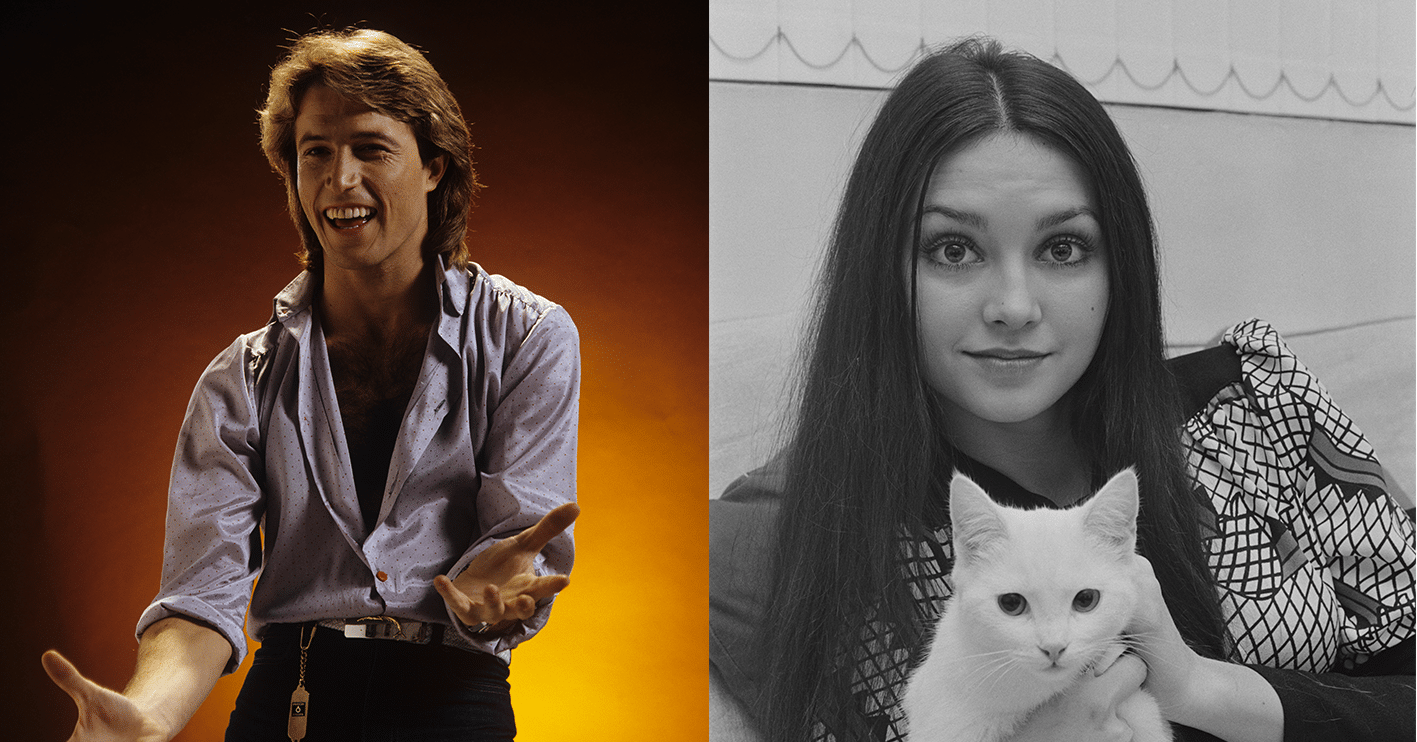 According to Andy and his family, the young star was completely heartbroken when Principal broke up with him. He ended up spending over $1,000 per day on drugs and experienced a total breakdown, abandoning all work and social commitments.

In July 1982, Andy made an unexpected appearance on Good Morning America, where he told the public that he had begun using drugs for the first time after their breakup. He said that he had since made a full recovery from drug and alcohol abuse. 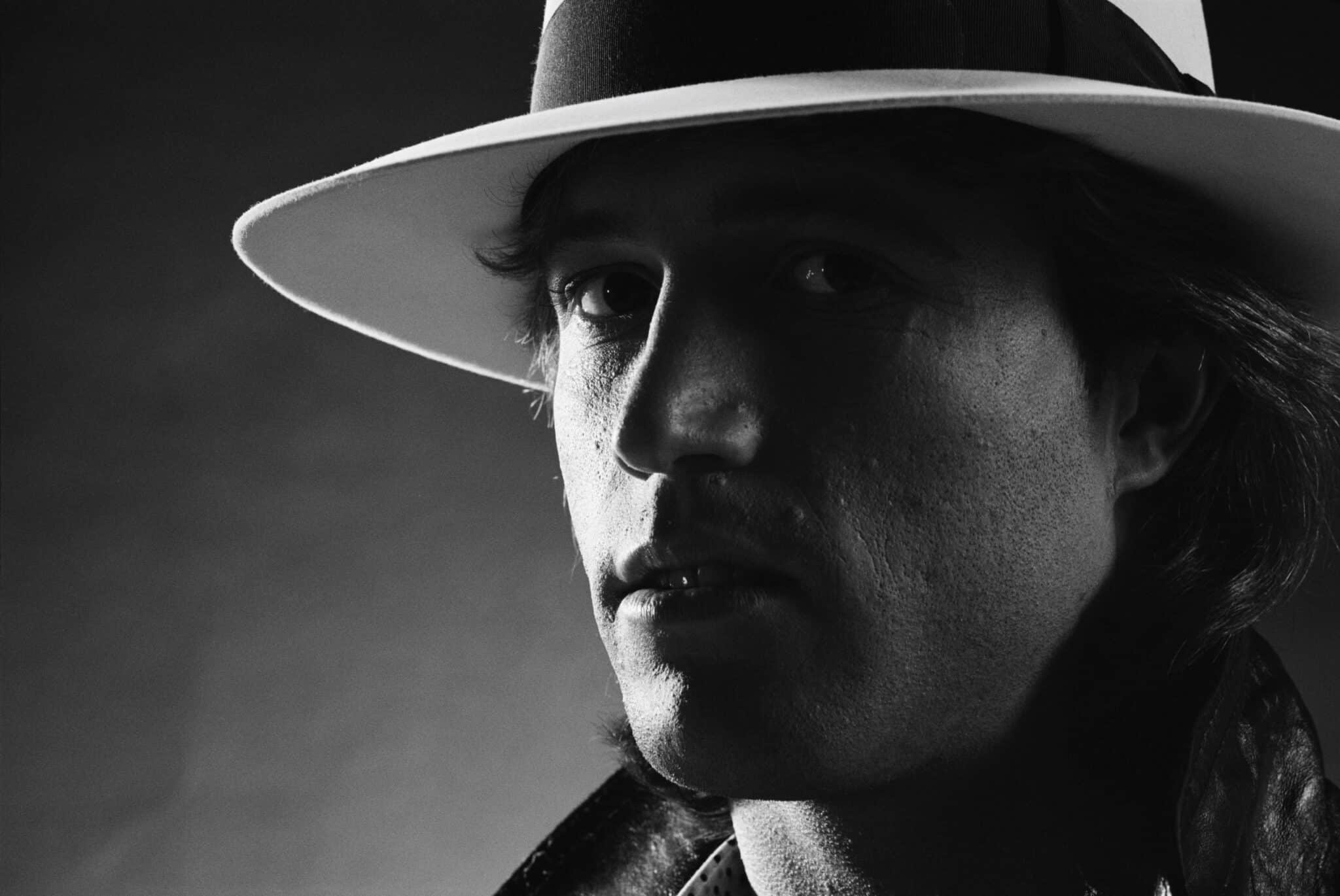 Andy persisted with this version of events even in his very last major interview. “It’s no secret that I was so devastated after the break-up with Victoria that I turned to drugs for consolation,” he said in 1988. “Thank God that’s behind me now.”

“Frankly, I still love Victoria and I guess I always will,” he added. “I wonder whether I’ll ever have the courage to give myself so completely to another human being.”

Principal, who was eight years older than Andy, had already been targeted by the press as a cougar during their relationship. But after Andy attributed his drug abuse to their breakup, she was vilified. 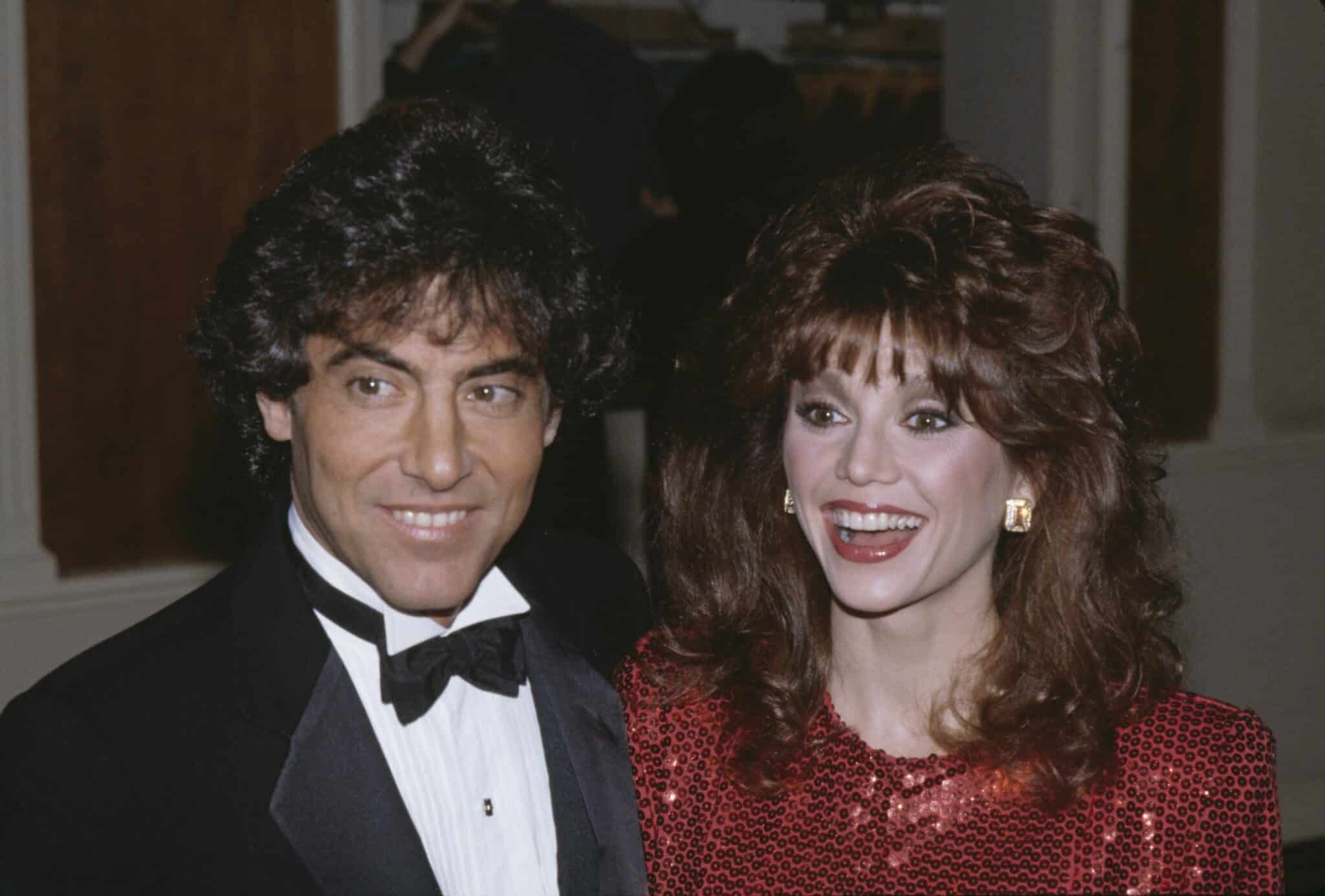 “It put me on an incredible position, a terrible dilemma,” Principal has since said. “To speak out on my own behalf, to reveal the fact that the problem had been ongoing and that was the reason for the break-up would have been to add to the tremendous burden Andy was carrying, and so I chose to remain silent.”

Despite Andy’s public claims, it was widely known among Andy’s friends and family that his drugs problem long pre-dated his breakup with Principal.

Andy later characterised Principal as obsessed with looking youthful. “She was so petrified of getting old, it’s ridiculous,” he said. He introduced her to a plastic surgeon named Dr Glassman. In 1985, a few years after Principal and Gibb split up, Principal married Glassman – a twist that rankled with Gibb. “I should have known that’s who she’d fall in love with,” he joked. 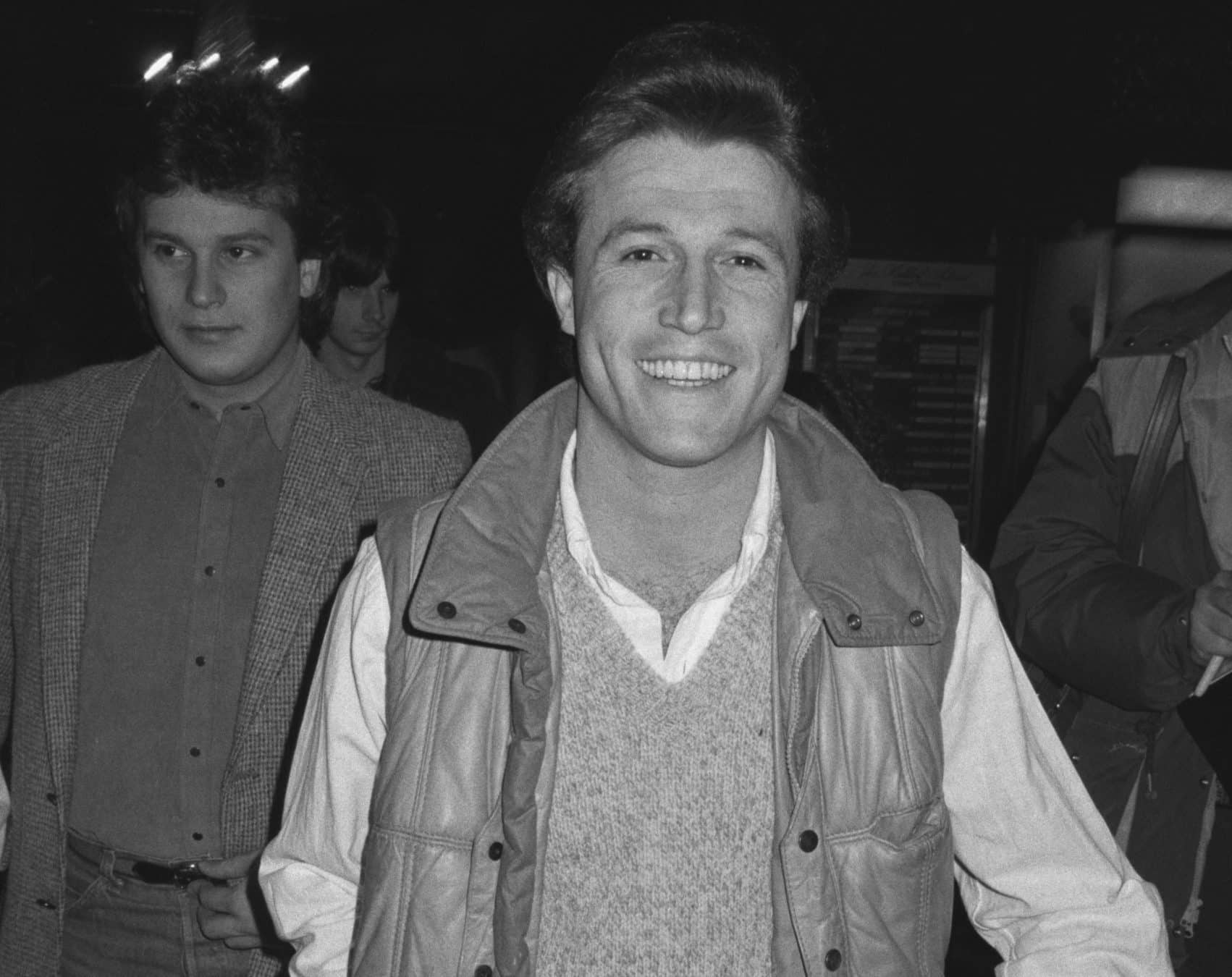 Andy later moved to Miami to be near his brothers, and he ended up spending his final months in a cottage in the English countryside, hoping to find new musical inspiration. He turned to alcohol and spent his 30th birthday with only his mother, having become something of a recluse.

Andy died of myocarditis, or inflammation of the heart muscle, on March 10, 1988. Although no drugs or alcohol were detected in his system, his heart was weakened by decades of cocaine use. He had an estimated net worth of $10 million when he died. 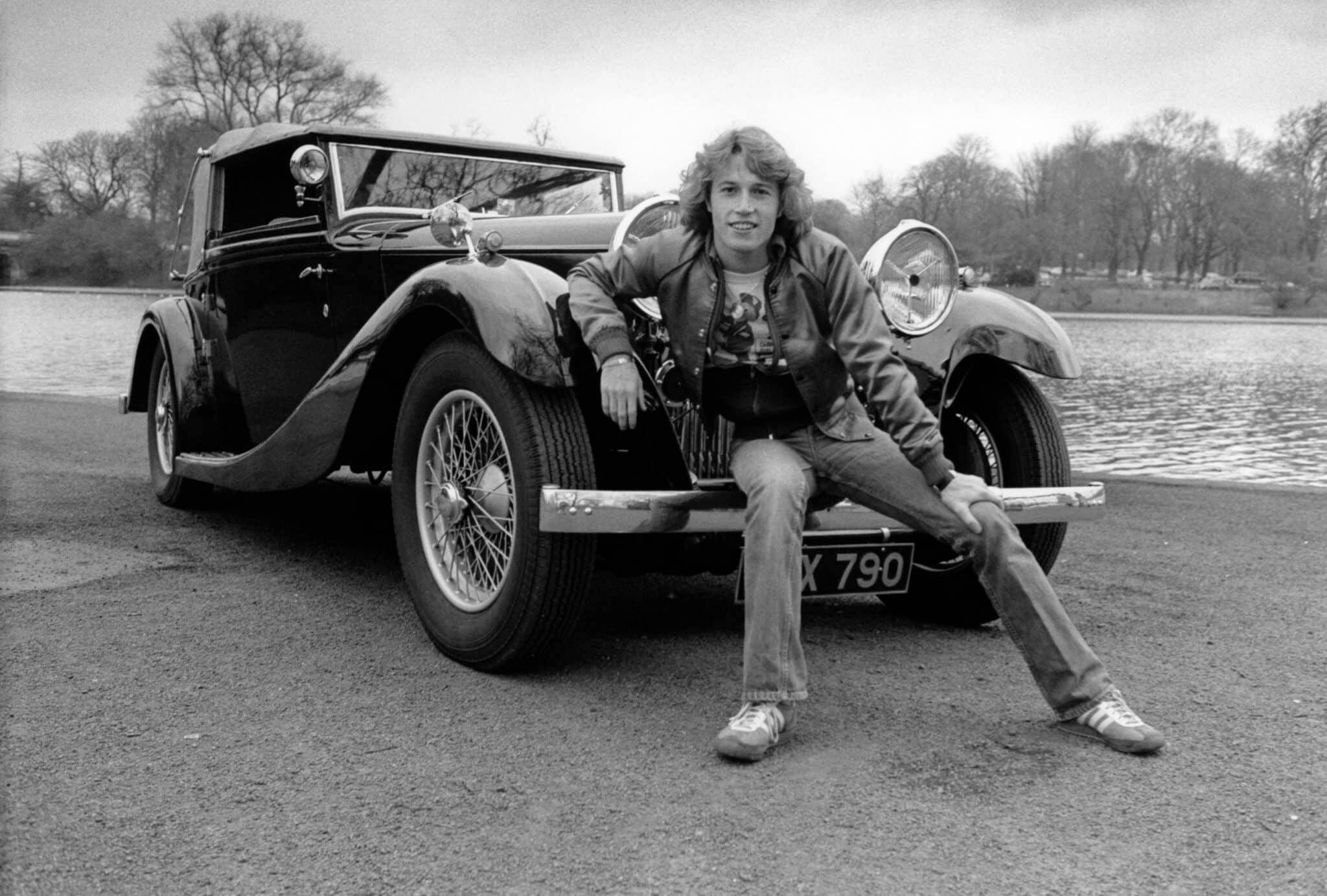 Among Andy’s famous friends, a few were particularly shocked by his death. A “shaken” Olivia Newton-John attended his funeral – she later described him as “just a sweetheart… Such a lovely, sensitive young man. His death was such a tragedy.”

Others were less surprised to hear the news. “I had to live for many years with the awareness: it wasn’t if Andy would die, it would be when Andy would die,” Principal stated.

Nevertheless, Principal was haunted by the fact that the pair parted on acrimonious terms and that she never said goodbye. She has said that Andy appeared to her in a dream several years after his passing: “In that dream, Andy came to me, knowing that I was haunted by this, and we sat down and we had the talk that I certainly wanted to have and we probably needed to have. And I thought it was so like Andy, even after his death, to find a way to bring me solace.” 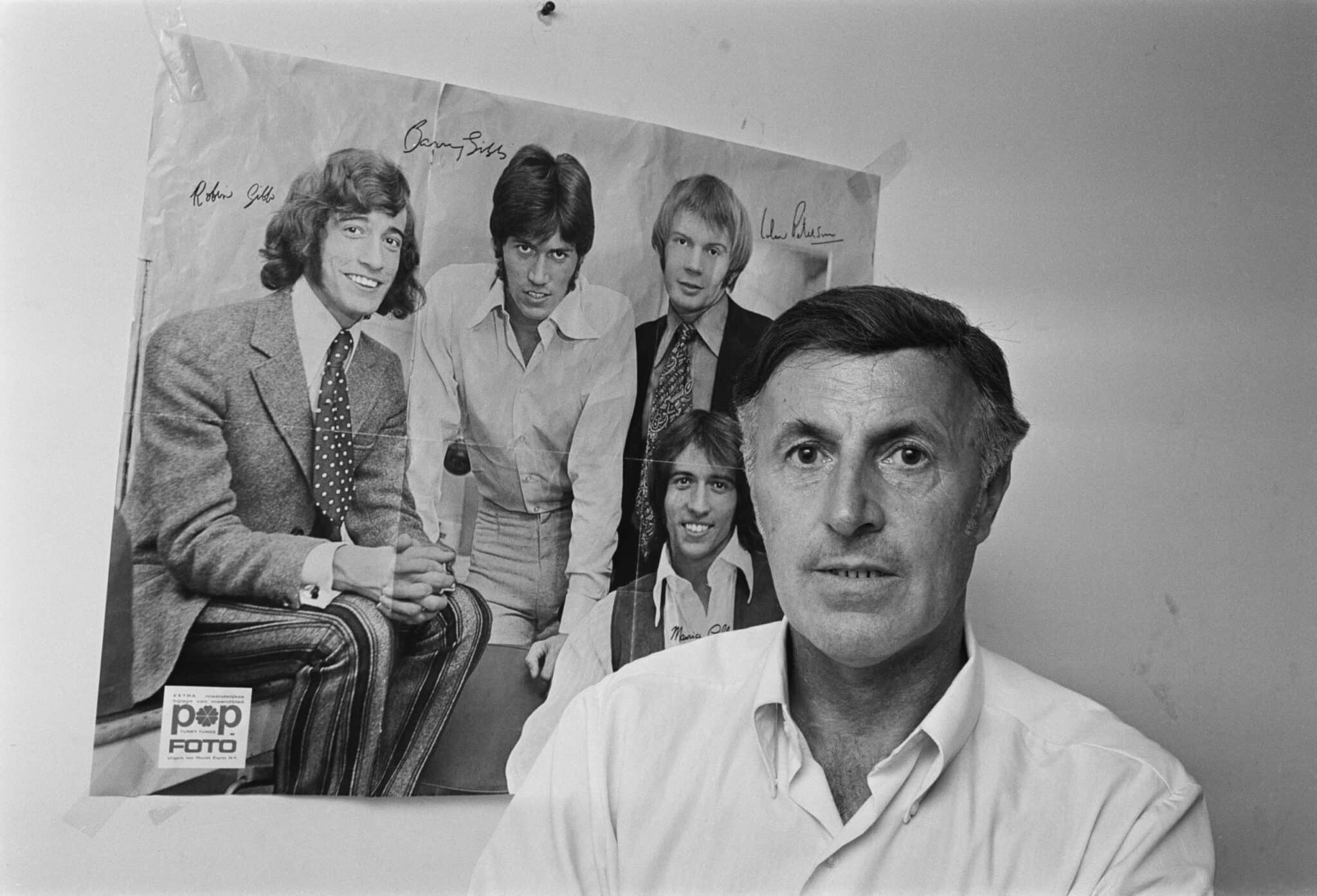 Others emphasised Andy’s romantic past when describing his death. “I felt like he died of a broken heart, which is so sad,” said Pam Dawber, Andy’s close friend and Joseph and the Technicolor Coat co-star.

Among those most affected by Andy’s death was Barry, who has said their final phone call was an argument about drug use. “I lost my best friend when I lost Andy,” he later told the Daily Mail. “And I believe the shock of losing him is what killed my father, because he went downhill and soon after died from a heart attack.”

Their father, Hugh Gibb, died in 1992, and Maurice and Robin died in 2003 and 2012 respectively. Principal divorced Dr Glassman in 2006. Today, she is a best-selling wellness author, environmental activist and philanthropist. 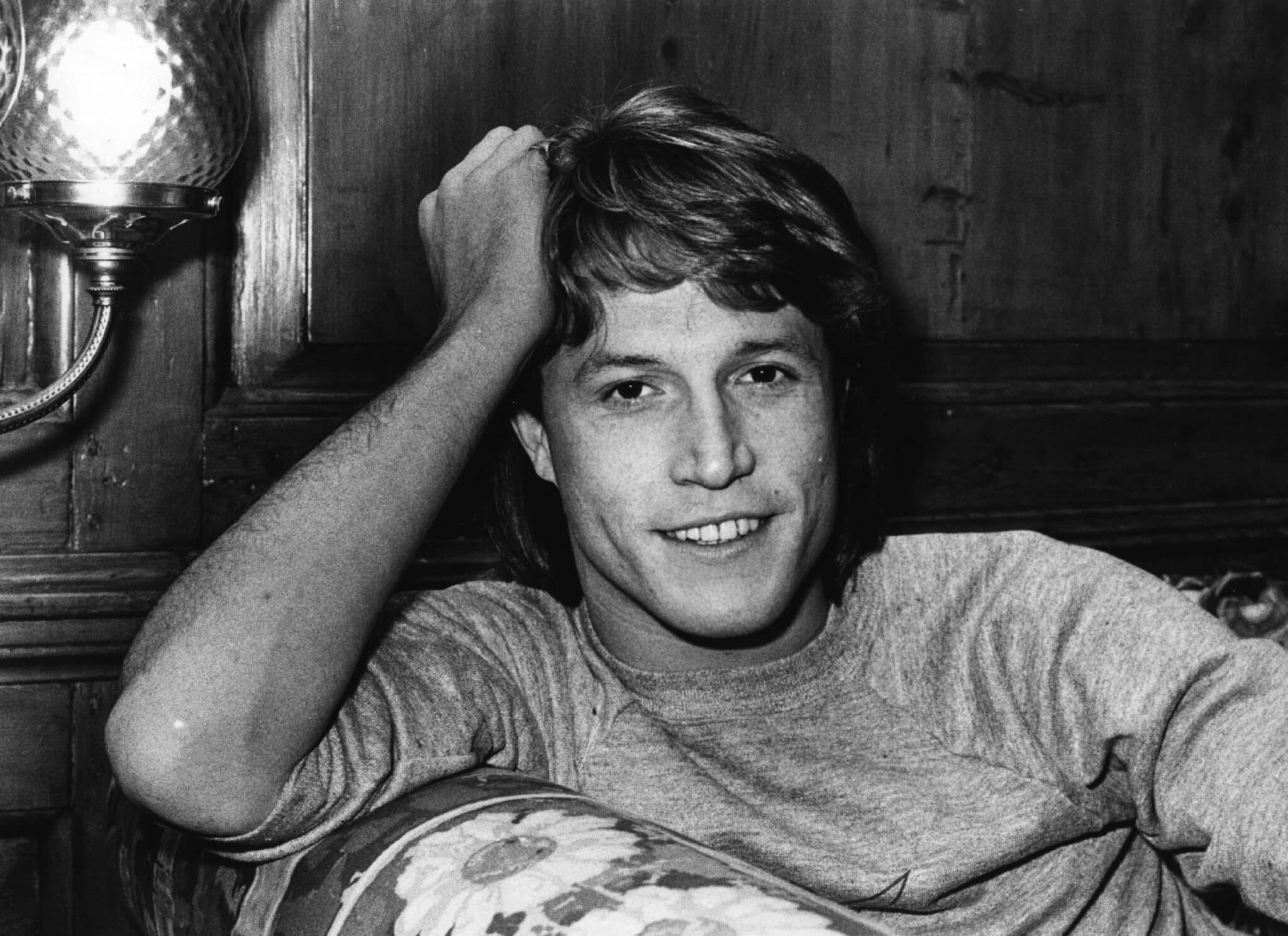 In 2018, Barry Gibb compiled a Greatest Hits album honouring his youngest brother’s work. Noticeably absent from this list was All I Have to Do Is Dream, a chart-topping duet featuring Principal.

The National Enquirer quoted an insider as saying, “Capital Records execs are furious, but Barry and his family believe Victoria was responsible for Andy’s troubles… She respects the family’s wishes, but it’s a shame that the only record she ever made was an international hit – and now it’s practically a lost song”.