Why Tony Curtis Cut Jamie Lee Curtis Out of His Will

The child of film legends Tony Curtis and Janet Leigh, Jamie Lee Curtis is Hollywood royalty. As a movie star in her own right thanks to the Halloween franchise and other films including Trading Places and True Lies, not to mention a baroness through her marriage to actor Christopher Guest, Jamie Lee never needed her parents’ financial support. All the better, considering her relationship with and final goodbye from her distant father.

When Tony Curtis died in 2010 aged 85, he left no money to his children in his will. Jamie Lee, her sister Kelly and their three half-siblings were all disinherited, their father having left all his possessions and an estimated $60 million fortune to his sixth wife, Jill Vandenberg. Tony’s will, though, had been changed a mere five months before his death – something that prompted legal action from the Curtis children, who believed the former matinee idol had been manipulated into leaving everything to his widow. 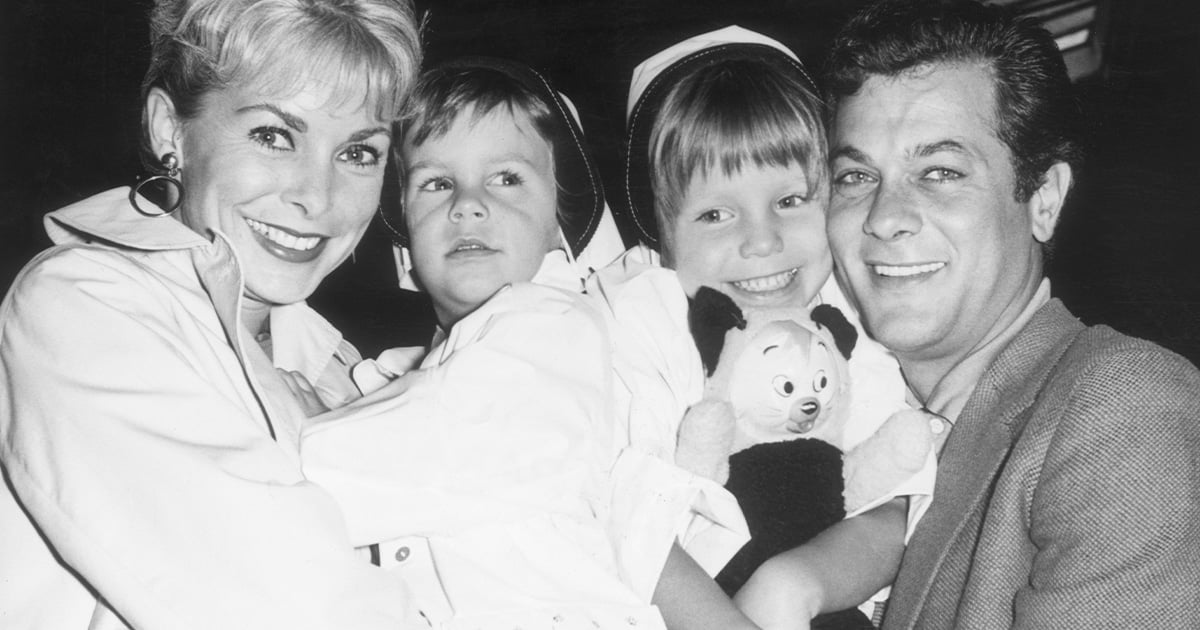 Born Bernard Schwartz in 1925, Tony Curtis served in the US Navy during World War II before adopting his stage name and breaking into acting. Starting out as a bit-part contract player at studio Universal, the 50s saw Curtis grow into a major box office draw, appearing in such time-honoured classics as Spartacus and Some Like it Hot.

Around the same time, actress Janet Leigh (later best known for Alfred Hitchcock’s Psycho) was also rising to fame. Although their respective studios objected for fear of their popularity being impacted, Curtis and Leigh got married in 1951, and soon became Hollywood’s golden couple. Tony would remark later, “No other husband-and-wife team came close to us until Richard Burton and Elizabeth Taylor, but that was 10 years later. They did it through scandal. We did it through the movies and people’s affection.”

As well as appearing in six movies together (including 1953’s Houdini and 1958’s The Vikings), Curtis and Leigh also had two daughters: Kelly Curtis (born 1956) and Jamie Lee Curtis (born 1958). Whilst Jamie Lee would go on to enjoy the more successful and prolific acting career, Kelly also followed her parents and sibling into the profession, clocking up 20 credits between 1983 and 1999. 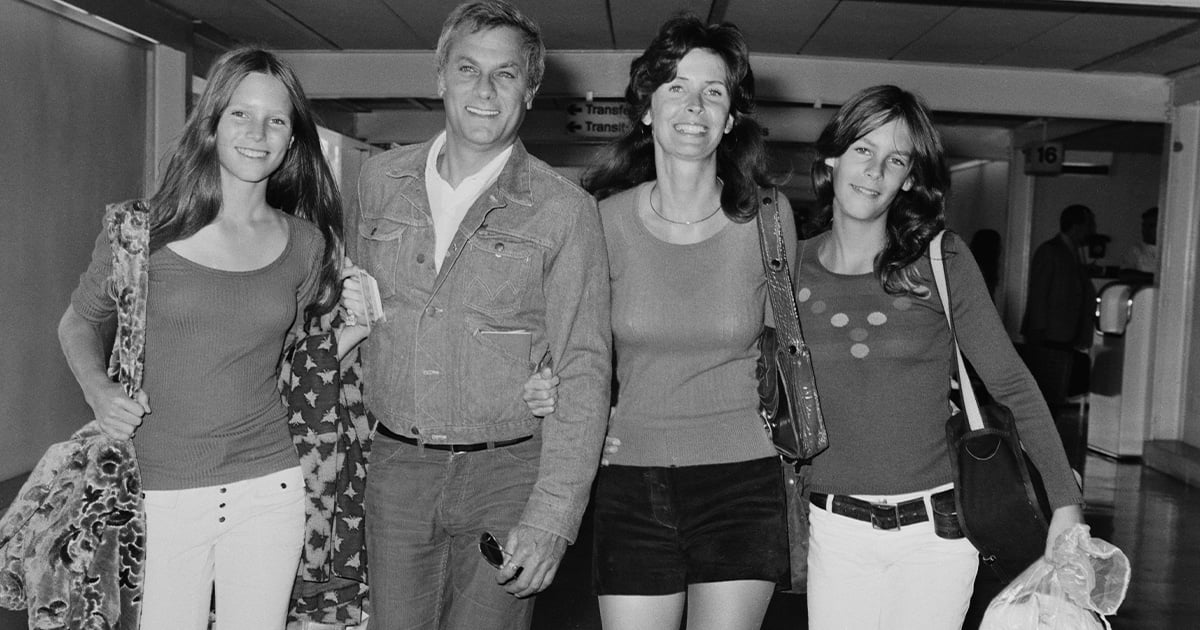 Jamie Lee would say later that she was a “save-the-marriage baby [that failed]… My parents hated each other my whole life. I was raised in a house of hatred.” After years of turmoil, Curtis and Leigh divorced in 1962. Leigh had been married twice before (although her first marriage was annulled), but it was Curtis’ first. Both were remarried within a year, Leigh to businessman Robert Brandt (with whom she remained for the rest of her life).

Curtis, meanwhile, tied the knot with 17-year-old actress Christine Kaufman, with whom he fathered two more daughters, Alexandra and Allegra. Again, Curtis’ marriage was not to last, ending in divorce in 1968, after which he soon tied the knot a third time, with Leslie Allen. They had two sons, Nicholas and Benjamin, before this marriage also ended in 1982.

In 1984, Curtis (by now aged 59) was married a fourth time, to 21-year-old Andrea Savio; this childless marriage lasted eight years. Then in 1993, 68-year-old Curtis wed wife number five, Lisa Deutch, but this was over in under a year. 1994 proved a tragic year for Curtis, as it also saw the death of his son Nicholas from a drug overdose aged just 23. (The men who supplied Nicholas with the drugs were later convicted of manslaughter.) 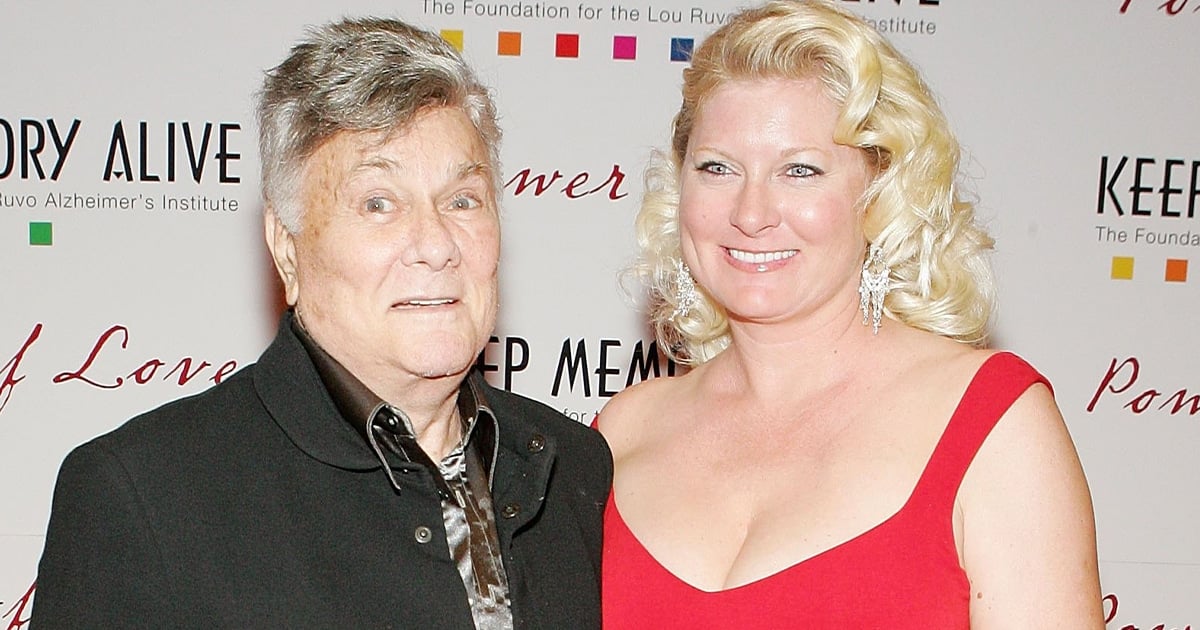 Soon afterwards, in 1994, Curtis began dating equestrian Jill Vandenberg. She would become Curtis’ sixth and final wife, and when they wed in 1998, Curtis was 73 and Vandenberg was 27. Naturally, the age gap drew comment, but Curtis laughed this off: “My body is functioning and everything is good. She’s the sexiest woman I’ve ever known. We don’t think about time. I don’t use Viagra either. There are 50 ways to please your lover.”

Vandenberg stayed with Curtis for the remainder of his life, with the bulk of his final years blighted by poor health. Curtis suffered heart and lung disease, and later had to use a wheelchair. During this time, Curtis’ first wife Janet Leigh died, passing away from vasculitis aged 77 in October 2004. At no time did Curtis make amends with his children.

Jamie Lee Curtis once said of Tony Curtis: “He was not a father, and he was not interested in being a father. It’s not a slant against him; he was very clear. He did what he was supposed to do from a financial standpoint, which was honourable of him, but he was not an involved father.” In adulthood, Jamie managed to reconcile with Tony, but their reunion was in part informed by their shared addiction issues.

The actress told Variety in 2019, “There was a period of time where I was the only child that was talking to him,” and admitted that she had on one occasion taken drugs with her father. (Jamie Lee has now been sober since 1999.) 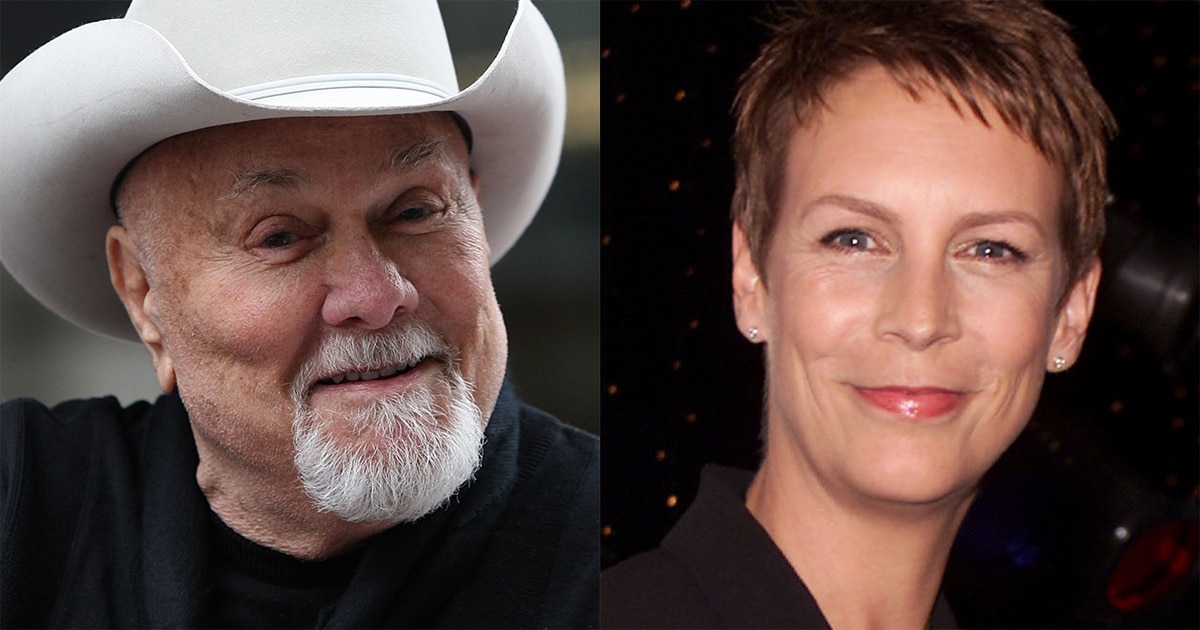 Following Tony’s death in 2010, the reading of his will – including the assertion, “I acknowledge the existence of my children…and have intentionally and with full knowledge chosen not to provide for them” – took many by surprise, not least his surviving children. Curtis’ widow defended her late husband’s decision, telling Inside Edition, “Tony was very specific in his wishes. I’m a younger woman and we were together 16 years so he wanted to make sure I had a good life as well.”

Vandenberg said that she was on good terms with Jamie Lee Curtis: “She’s been very kind to me, very supportive, and I appreciate that. I know that she’s grieving very badly for the loss of her father.” However, the same could not be said for Curtis’ eldest child, Kelly Curtis, and his younger daughter Allegra Curtis.

Allegra Curtis (also an actress) was the most outspoken on the matter, declaring, “We were all blindsided and it was very painful.” Of their disinheritance, Allegra said, “It’s written there but I don’t believe that was his last wishes… I believe he was influenced, and we all know who he was influenced by. I don’t need to say her name.” 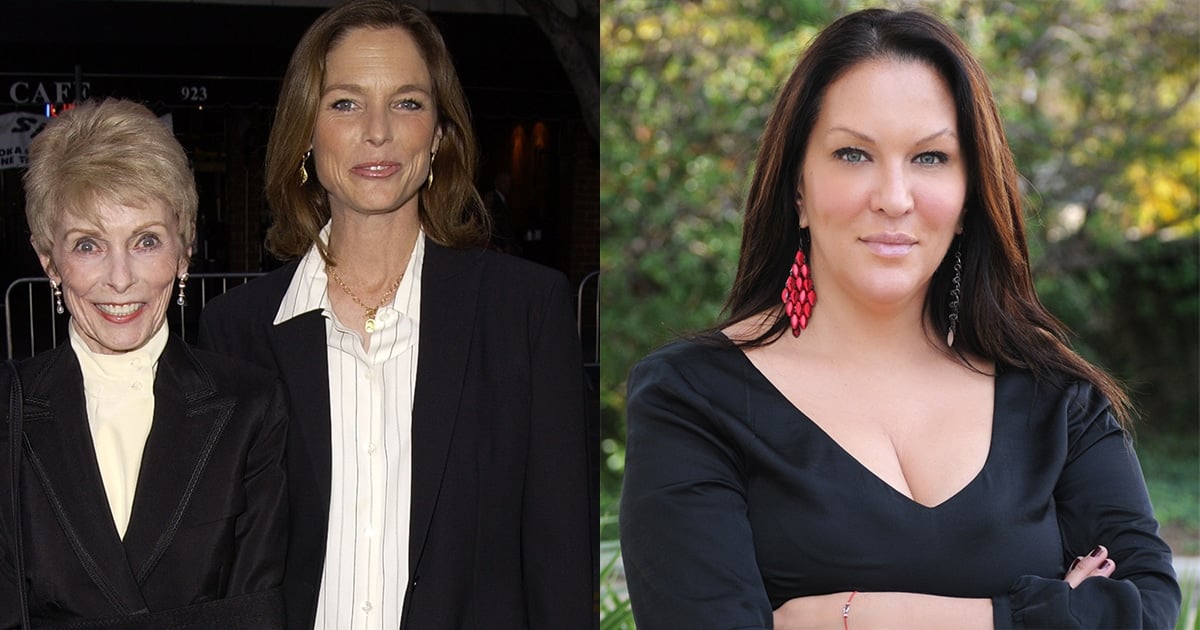 Things were only made worse when, the following September, a large auction was held selling off many of Tony’s most valuable items, including original art works by Andy Warhol and Balthus, as well as a large amount of more personal items.

Allegra Curtis told The Hollywood Reporter, “Jill Curtis is the only beneficiary of this auction. She did not consult us. This is not what my dad would have wanted. Jill’s even selling off credit cards and driver licenses. She’s also selling my dad’s letters to Cary Grant, Jerry Lewis, Picasso – these belong in a museum. It’s the dissemination of the estate of Tony Curtis. He deserves better.”

However, auctioneer Darren Julien of Julien’s Auctions insisted the auction was entirely in accordance with the late actor’s wishes. “Tony came to many of our auctions with Jill and said he wanted Julien’s to handle his auction after he died. I know this is exactly what he wanted.”

Meanwhile, Kelly Curtis took out a lawsuit against her father’s widow, claiming the children’s omission from his will was “a result of duress, menace, fraud or undue influence by Jill Curtis and/ or others.” The suit was rejected by the court, as the wording of the will made it clear the children had not been left out by accident, and there is no law obliging a parent to leave money to their adult children. 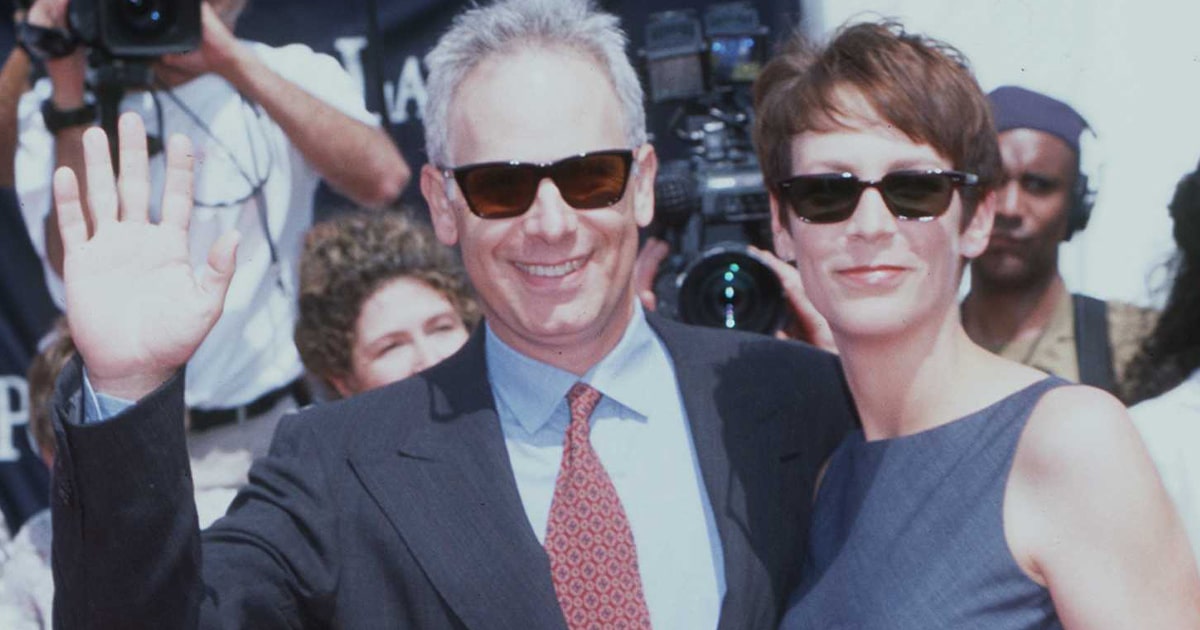 Jamie Lee Curtis’ net worth, combined with that of her actor-director husband Christopher Guest, is said to be $60 million – which was also the reported worth of her father Tony at the time of his death. As such, she certainly didn’t need the money, but admits “that is not necessarily the same for everyone in my family.”

Jamie Lee went on: “It’s one thing to say to people, ‘By the way, you’re not getting anything, when I’m gone, I’m going to give it to charity, God bless you.’ But there’s an assumption that there would be some sort of support for the kids. So, that is a reality that I have lived with.

“I remember what the will said – it’s amazing what you remember – it said, ‘I acknowledge the existence of my daughter Jamie Curtis and intentionally and with full knowledge leave her nothing.’ Now, that sounds brutal. That’s what it had to say because it’s legalese. But if you are a child, that is a hurtful thing. But I think what happens in many cases when there are subsequent spouses, those circumstances get in the way of the original intent, which is kindness and generosity toward one’s children.”

Curtis’ widow Jill Vandenberg got married again three years after his passing, and now lives under the name Jill Curtis-Weber. She and her husband Todd Weber live in South Dakota, where they run a horse rescue centre.