Why The 1980s Was One Dramatic Decade For Drew! 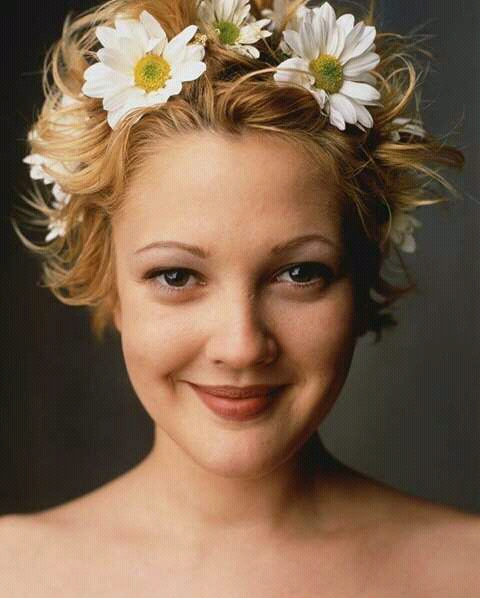 But this 80’s kid had a childhood which reads like a Hollywood script. Full of drama, neglect, turbulent, wild. There was drug and alcohol abuse. The 1980’s for Drew Barrymore was one dramatic time, but she pulled through to be a huge success story. Let’s go back to the childhood of Drew Barrymore. 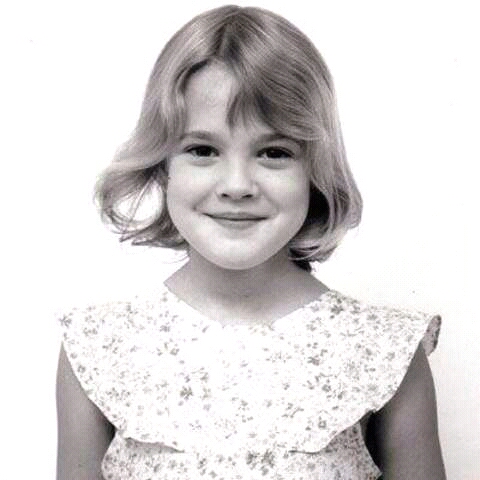 Drew Barrymore was born into the famous Barrymore acting dynasty, which includes her Great Grandfather, John Barrymore. Her Great Uncle, Lionel Barrymore. Drew came into the world on 22nd February 1975, in Culver City, California. To Father, John and Mother, Jaid. Her parents divorced when Drew was nine years old, in 1984. Though her Father had abandoned the family when Drew was six months old. She rarely saw him, and they never had a strong, secure Father, daughter relationship.

Being a Barrymore, Drew was born into Hollywood. Her Godmother is Sophia Loren. Her Godfather is Steven Spielberg. 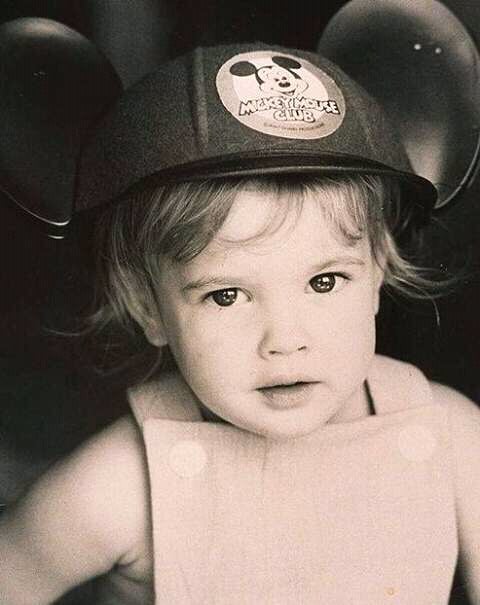 Drew’s career began when she was eleven months old, in a dog food advert. Her film debut came in 1980 in Altered States. A science fiction horror, directed by Ken Russell. Drew was cast as Margaret Jessop, alongside actor William Hurt, who played a professor, who experiments with powerful drugs, in the hope of unlocking his mind to a different state of consciousness, which works to begun with. But with in time his reality starts to slip away. 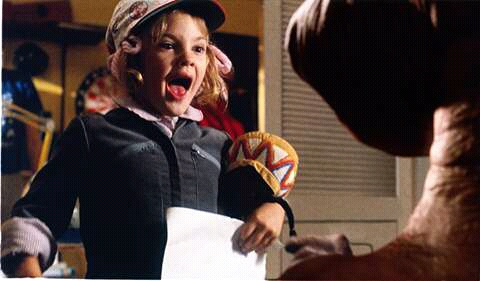 In 1982, Drew became one of the most famous child stars of all time, and was rocketed to world wide super stardom. When she played Gertie, in one of the biggest films of all time, ET. Directed by her Godfather, Steven Spielberg. Everybody loved Gertie! 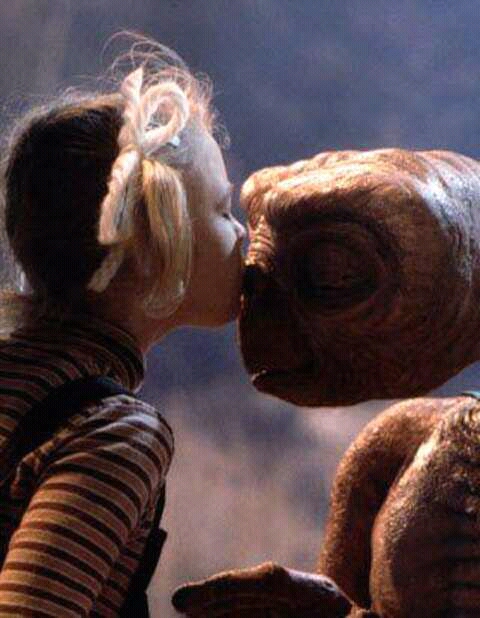 For her role Drew was nominated and won a Young Artist Award for Best Supporting Actress. ET is just as popular now as it was then, a timeless classic. 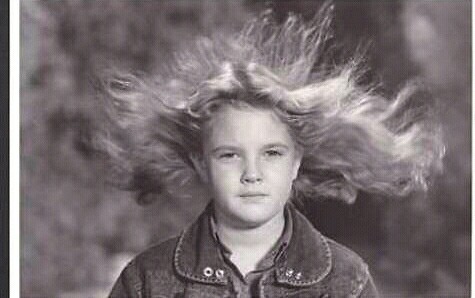 Drew next worked in 1984, in a Stephen King film, Firestarter. A science fiction horror. Drew plays Charlie McGee. A little girl who can set fire to things using only her mind, making her a very dangerous girl.

For her next role Drew received a Golden Globe nomination. In the 1984 comedy drama, Irreconcilable Differences. Drew is Casey Brodsky, a little girl who has had enough of her parents, played by Ryan O’Neal and Shelley Long, strained relationship. So Casey sues them for a divorce, which gives her tonnes of media interest, meaning the family must reassess their lives together.

Drew teams up again with writer Stephen King in 1985 in the Thriller, Cats Eyes. The film is an anthology, which follows a cat, which ends up in Amanda’s (Drew) bedroom, after going from a smoking clinic, a window ledge. All very Stephen King style. 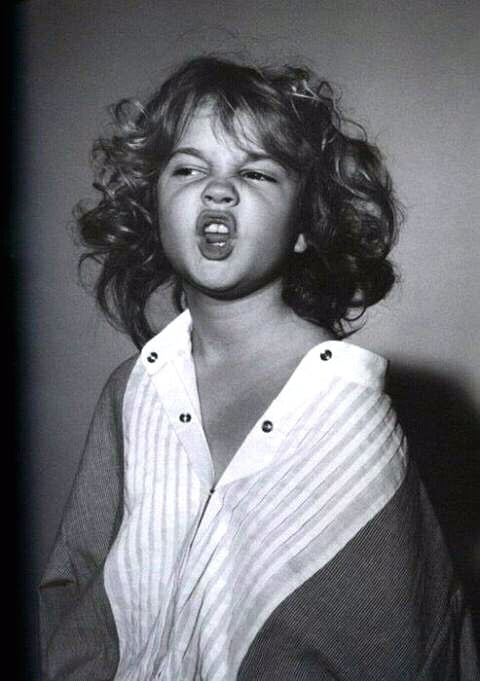 It was around 1985 when Drew’s private life started crumbling down around her. She was out at parties, nightclubs. Going to New York nightclub, Studio 54, with her Mother, sometimes five nights a week. She was smoking at nine. Drinking, and then came drugs. Smoking marijuana aged ten. By the time she was twelve Drew was snorting cocaine. At fourteen Drew was in rehab. She went to rehab twice. 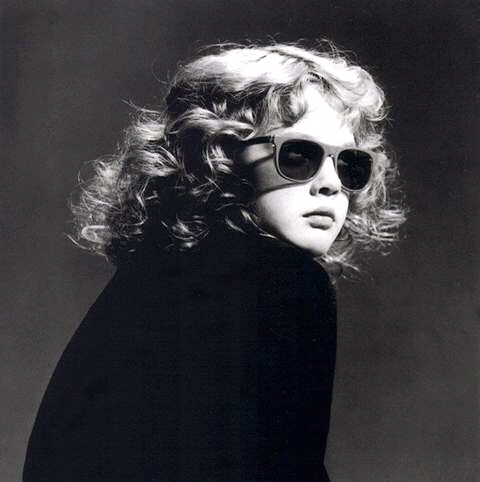 After her time in rehab Drew was working again, in 1989’s See You In The Morning. Three years after his divorce, Larry Livingstone is ready for a new relationship. He falls in love with Beth, a widow. Who is still coming to terms with the death of her husband. Beth and her two children, one being Cathy Goodwin (Drew). They come to realise that Larry is giving them their second chance.

Drew’s last film of the 1980’s was Far From Home, in 1989. Joleen Cox (Drew) and her Father, are driving across country and become stranded in remote Nevada. They are forced to stay in a trailer park, where a serial killer lurks. 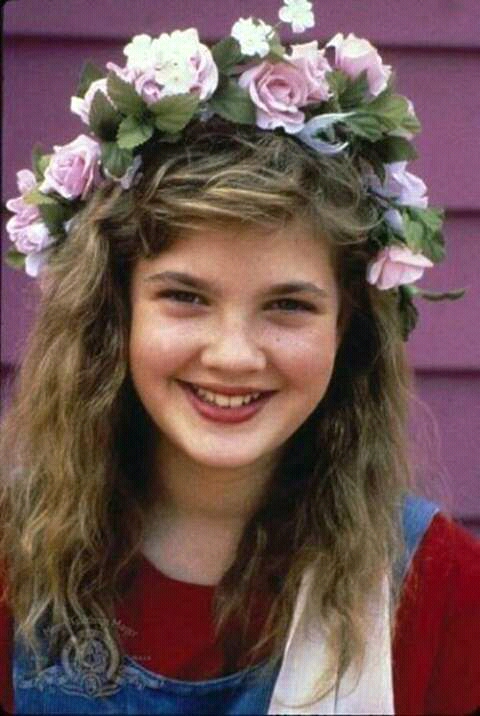 In 1991, Drew released her autobiography, Little Girl Lost. She was only fourteen when she wrote it. A lost, unloved girl, who couldn’t relate to other children. She talks about her voilent, abusive Father, who was a rare figure in her childhood, and how he was often drunk. Her Mother, Jaid, was wild, a party girl, who had no concept of parental responsibility. She talks about how her life went off the rails. All of this was wrote when she was fourteen, still a child. Life for Drew was far from normal. 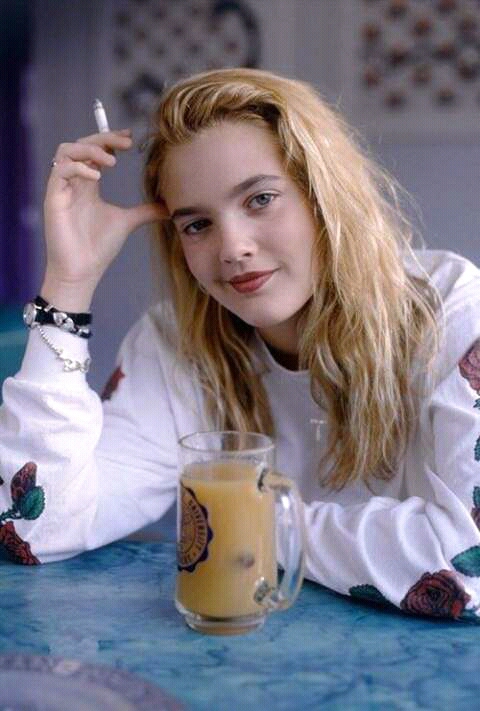 Drew certainly grew up fast. At fifteen she was living in her own apartment. Engaged at sixteen, to Leland Haywood, which was called off a few months later. 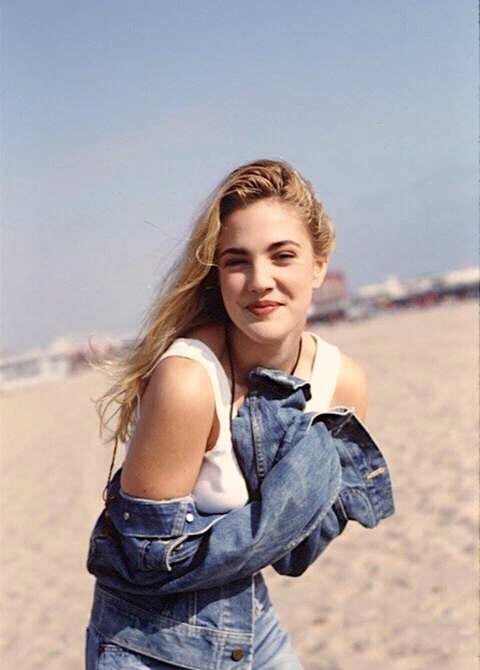 What a decade the 1980’s was for Drew Barrymore. She has become one of Hollywood’s biggest names, for a girl who was told, at fifteen, she is now unemployable, Drew has certainly proved Hollywood wrong. She found peace within herself and she let the inside anger which she held inside of her about her childhood go. The 80’s for Drew was certainly a childhood like none other. How wonderful it is that Drew found her happiness in adulthood, and got the ending she deserves, a happy ending.