“I Didn’t Want to Be Pretty”: Why Sinéad O’Connor Shaved Her Head

Sinead O’Connor’s music made her famous in the 80s and 90s, but it’s her activism, politics and particularly her personal style that have made her a cultural icon to this day. From the beginning, O’Connor has owned one of the most influential androgynous looks in pop culture. The musician really started turning heads, however, when she made the decision to shave her own.

Sinead O’Connor first shaved her head aged 20. Looking to challenge music executives who wanted her to be more feminine, O’Connor decided on the skinhead look to reject gender conventions and to protect herself from unwanted attention following a lifetime of abuse. Here’s the story of how O’Connor found her style.

“I didn’t want to be molested”

Born in Glenageary, County Dublin, Ireland on December 8, 1966, Sinéad O’Connor was raised alongside four siblings. Her father, structural engineer Sean O’Connor, married her mother Marie O’Grady in 1960. The couple separated when Sinéad was eight years old, and her childhood would be subsequently marred by cruel treatment.

O’Connor’s mother, who suffered from addiction issues, would kick her children and blame Sinéad in particular for their father’s departure. Marie never provided her children with basic hygiene: “Five years living in the same clothes, never washing,” O’Connor later said of this period.

Yet Marie also praised Sinéad’s appearance from an early age, a behaviour that O’Connor has linked to her eventual buzzcut look.

“When we were children, my sister had beautiful red hair, glorious red hair,” O’Connor told Dr Phil in 2017. “That’s why I’d be jealous of her. But my mother took it into her head that my sister’s hair was ugly, and horrible and disgusting.”

“And she started, when I had long hair, she would introduce us as her pretty daughter and her ugly daughter,” she explained. “And that’s why I cut my hair off. I didn’t want to be pretty.”

When O’Connor turned 13, she ran away from home to live with her father Sean, who later retrained as a barrister, and his new wife Viola.

After shoplifting and truancy sprees, O’Connor spend a year and a half in the Grianán Training Centre Magdalene asylum. “It was a prison,” she has since described. “We didn’t see our families, we were locked in, cut off from life, deprived of a normal childhood.” It was during this disturbing time that O’Connor found solace in music. She would occasionally run away from the asylum to busk around Dublin and take part in talent shows.

O’Connor’s mother passed away in a car accident when O’Connor was 18. The teenager found work at a cafe in Dublin, but after quitting the job at the age of 20, O’Connor moved to London to pursue a career in music. One record executive advised her to dress in a more feminine style, and to grow her hair long.

O’Connor turned to the other executive in the room and retorted, “Lemme get this straight. He wants me to look like your mistress and the bird he left his wife for?”

This incident gave O’Connor the courage to shave her head, in rejection of a sexist culture and the traumas she’d experienced. The very next day, O’Connor went to a local barbershop and asked for a complete shave, telling the hairdresser to make her “look like a boy”.

According to O’Connor, the man at first resisted, asking her to think of what her father or boyfriend would say. But O’Connor walked out with her desired look, which would soon feature on the cover image of her first record, Nothing Compares 2 U.

“It was a powerful statement from a woman”

“The record label was trying to brand Sinead as a generic female but she was having none of it,” he later recalled. “They looked at Sinead’s shaved head and went ‘Now we know what we are dealing with’.”

“It was a powerful statement from a woman, because it said ‘don’t f*** with me!’” he added.

O’Connor later built a reputation for radical and sometimes unpredictable behaviour. She has since said that she once had a physical fight with Prince (who penned Nothing Compares 2 U), because he objected to how much she swore in interviews.

She also shocked the public with her 1992 performance on Saturday Night Live, when she tore up a photograph of Pope John Paul II and described him as ‘evil’.

In 2018, O’Connor hit headlines again as she converted to Islam and changed her name to Shuhada’ Sadaqat – although she still uses her birth name for performances and recordings. 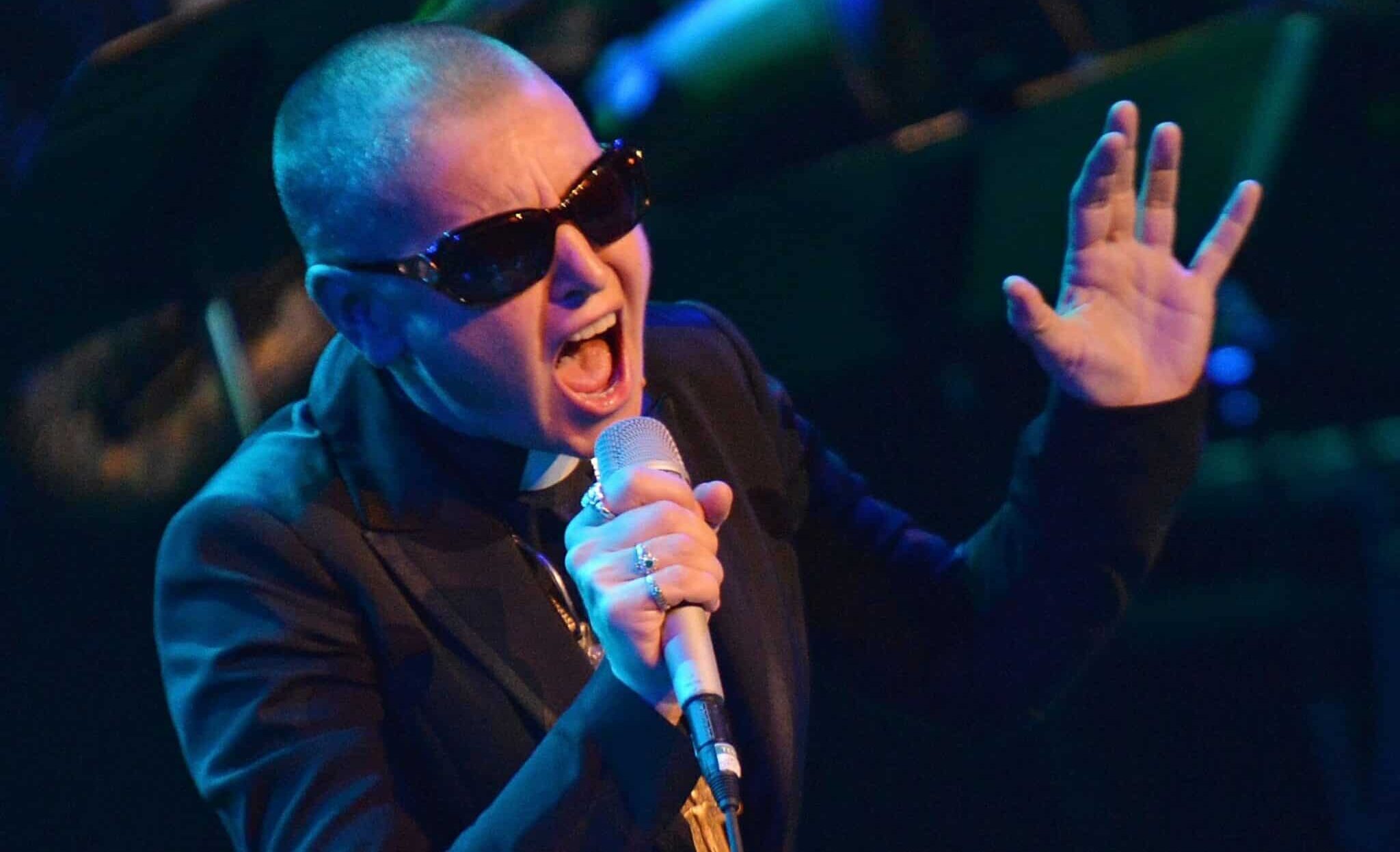 For the most part, O’Connor has maintained the same look throughout her career. When she once attempted to grow her hair out, she soon changed her mind.

“I’d been trying to grow it, but someone asked if I was Enya,” O’Connor recalled in 2007. “I was so shocked, I shaved all my hair off. I don’t feel like me unless I have my hair shaved. So even when I’m an old lady, I’m going to have it.”