Name any of the most beloved blockbusters of the 1980s, and chances are the film got at least one sequel. Yet this never happened for 1988’s Who Framed Roger Rabbit, the groundbreaking animation-live action crossover from director Robert Zemeckis and executive producer Steven Spielberg.

After Roger Rabbit proved a hit, plans for an ongoing franchise were soon in place. But aside from three animated short films made between 1989 and 1993, we’ve seen nothing more of Roger and friends since. Behind the scenes, however, a Roger Rabbit 2 was in development for years, with bad relations between studio Disney and producer Spielberg largely to blame for the ambitious sequel never seeing the light of day. 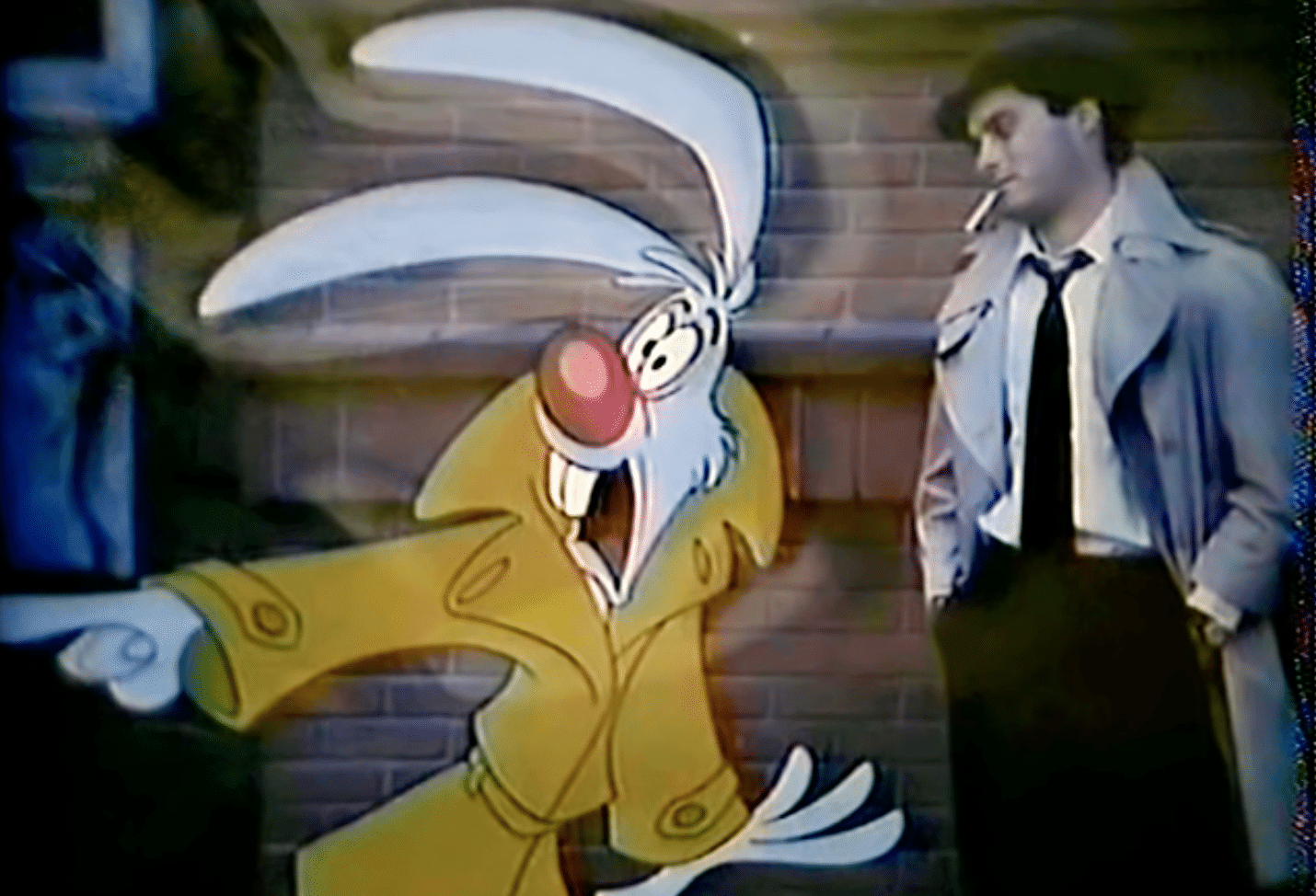 Who Framed Roger Rabbit began life in 1981, when Disney bought the rights to Gary K Wolf’s newly published novel Who Censored Roger Rabbit? Initially planned as a TV movie for the all-new Disney Channel in 1983 (rough test footage for which was broadcast on television), the project finally came to life in the mid-80s under new Disney CEO Michael Eisner.

Badly needing a hit, Eisner reached out to the king of the blockbusters, Steven Spielberg, who in turn brought along director Robert Zemeckis, fresh from the massive success of Back to the Future, to work on Roger Rabbit. With a budget of over $50 million, it was one of the most expensive films ever made at the time. Happily, the gamble paid off.

A hit with critics and audiences alike, Who Framed Roger Rabbit was the must-see summer blockbuster of 1988, ultimately earning almost $330 million worldwide. Moreover, Roger Rabbit became a major new Disney icon. The character appeared on a wealth of merchandising, and actors in Roger Rabbit suits quickly became a mainstay of Disney’s theme parks. A Roger Rabbit franchise was immediately on the cards. 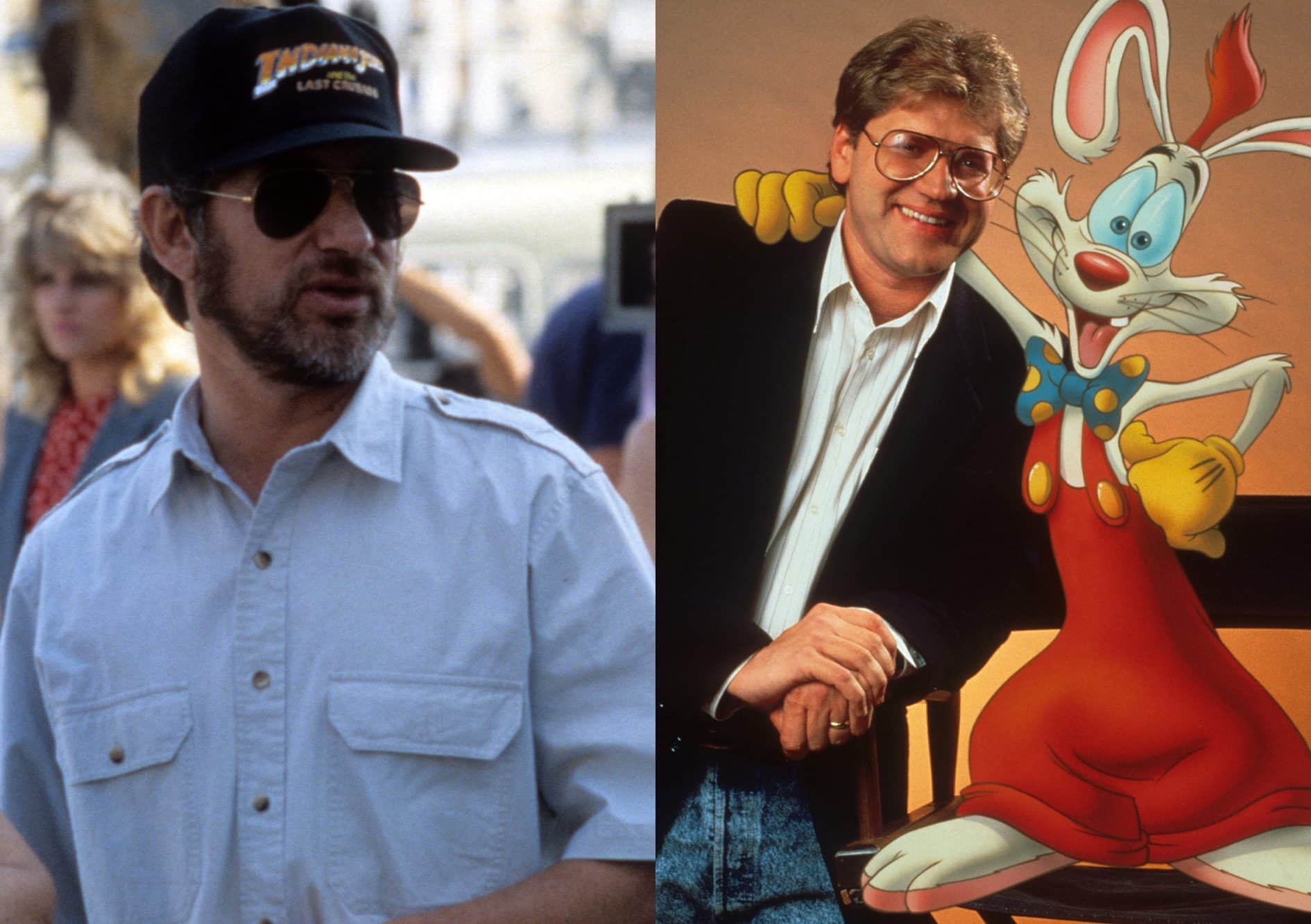 The first order of business was a series of Roger Rabbit animated shorts, the first of which, Tummy Trouble, was released as an opener for Honey, I Shrunk the Kids in June 1989. When this proved a hit, the future looked bright for Roger and company.

Disney promised a Roger Rabbit sequel by 1992, but with director Robert Zemeckis neck deep in his two Back to the Future sequels and Steven Spielberg busy with Hook, work couldn’t begin in earnest straight away. Spielberg made a tentative start, enlisting 23-year-old unknown J.J. Abrams to write a script. 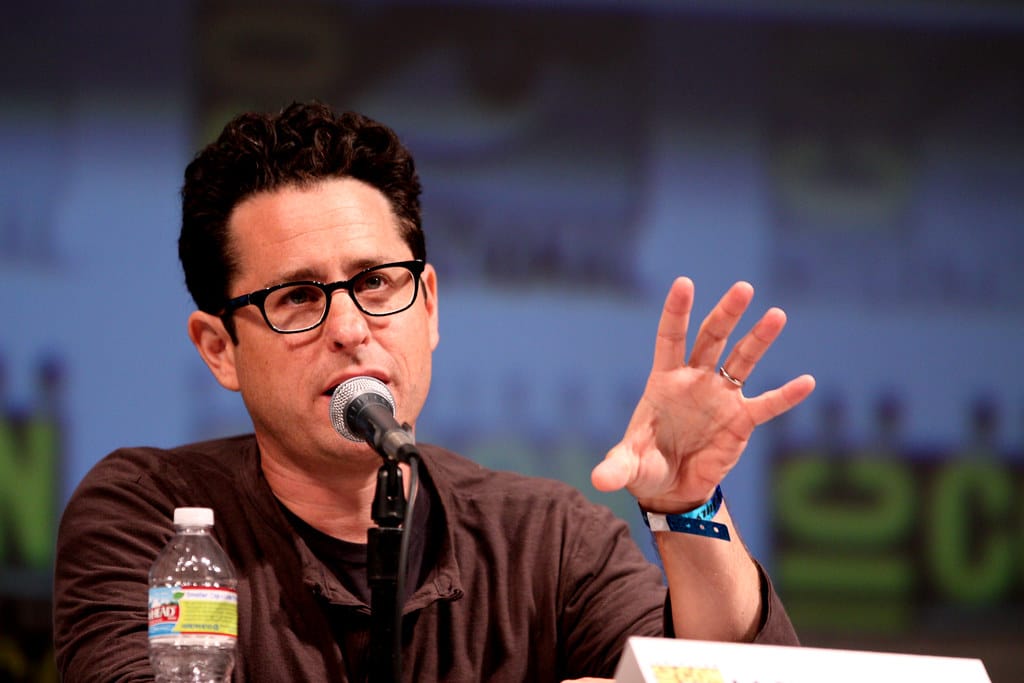 Any plot details on Abrams’ Roger Rabbit sequel are unknown; the filmmaker recalls, “we never really got to that phase… We were writing an outline, but it honestly went away before it was anything.” (Abrams went on to work on TV’s Alias and Lost before directing the latter-day Star Trek and Star Wars movies.)

Concurrently, Disney had plans of their own, commissioning screenwriters Nat Maudlin and Jeff Stein to pen not a sequel but a prequel. Provisionally entitled Roger Rabbit II: The Toon Platoon, it took place in the early days of World War II, following a younger Roger Rabbit who, having been raised by an adoptive human family, sets out in search of his biological parents in Hollywood, where he stumbles into show business. 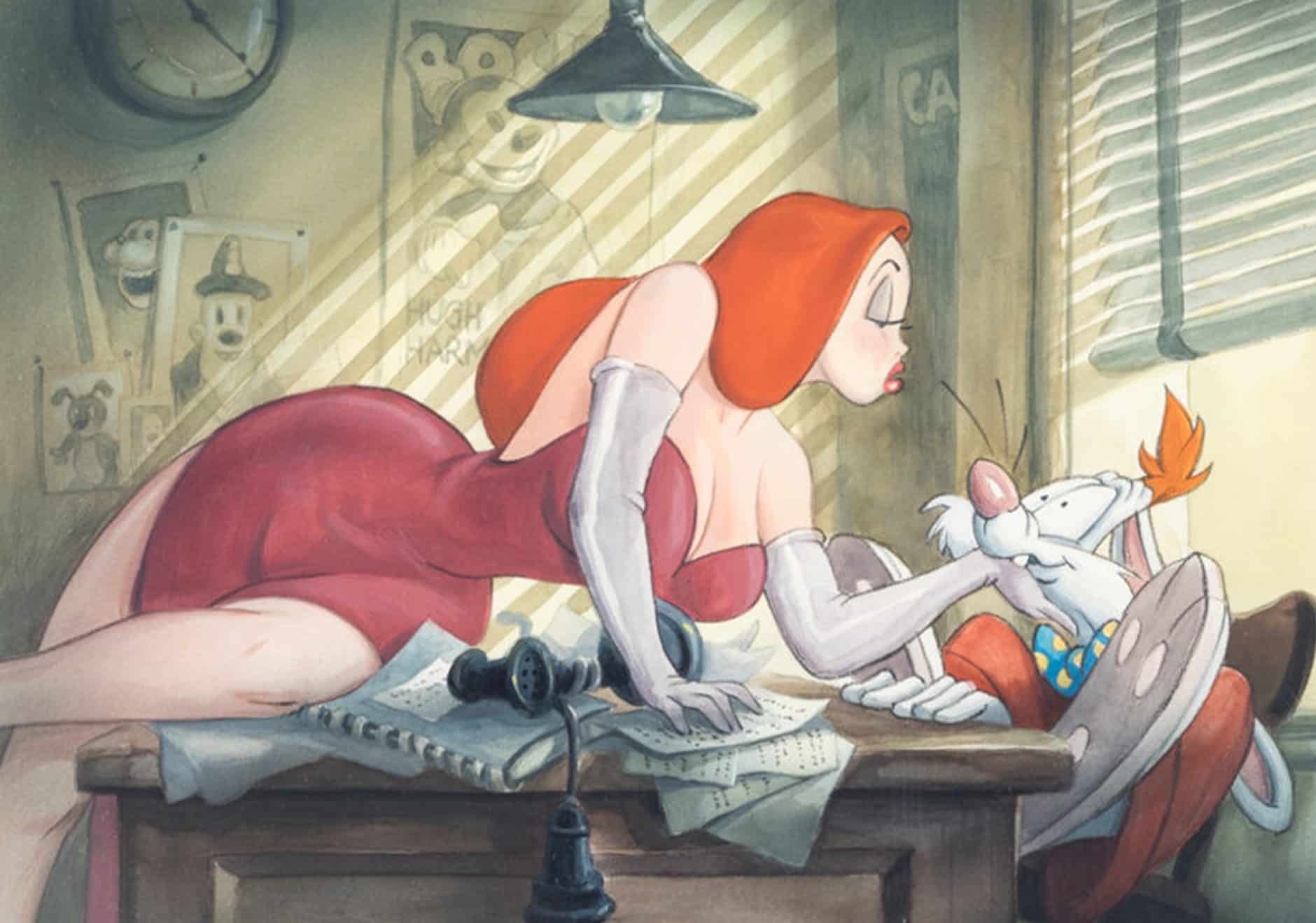 The script had Roger meeting Jessica (then a radio performer with the surname Krupnick) before the attack on Pearl Harbor saw him enlisted into the Army alongside scores of other Toons, including Mickey Mouse, the Tasmanian Devil, Woody Woodpecker and Bullwinkle Moose. Then in a bizarre final twist, Roger would discover that his biological father is none other than Bugs Bunny.

Disney may have had confidence in this approach, but Steven Spielberg did not. By the early 90s, Spielberg had started working on Schindler’s List, and his research into the atrocities of the Holocaust had changed the filmmaker’s feelings about using Nazis as villains in light-hearted entertainment (as he had in the Indiana Jones movies). Any new creative endeavour involving Roger Rabbit required Spielberg’s approval, which he refused to give to The Toon Platoon. 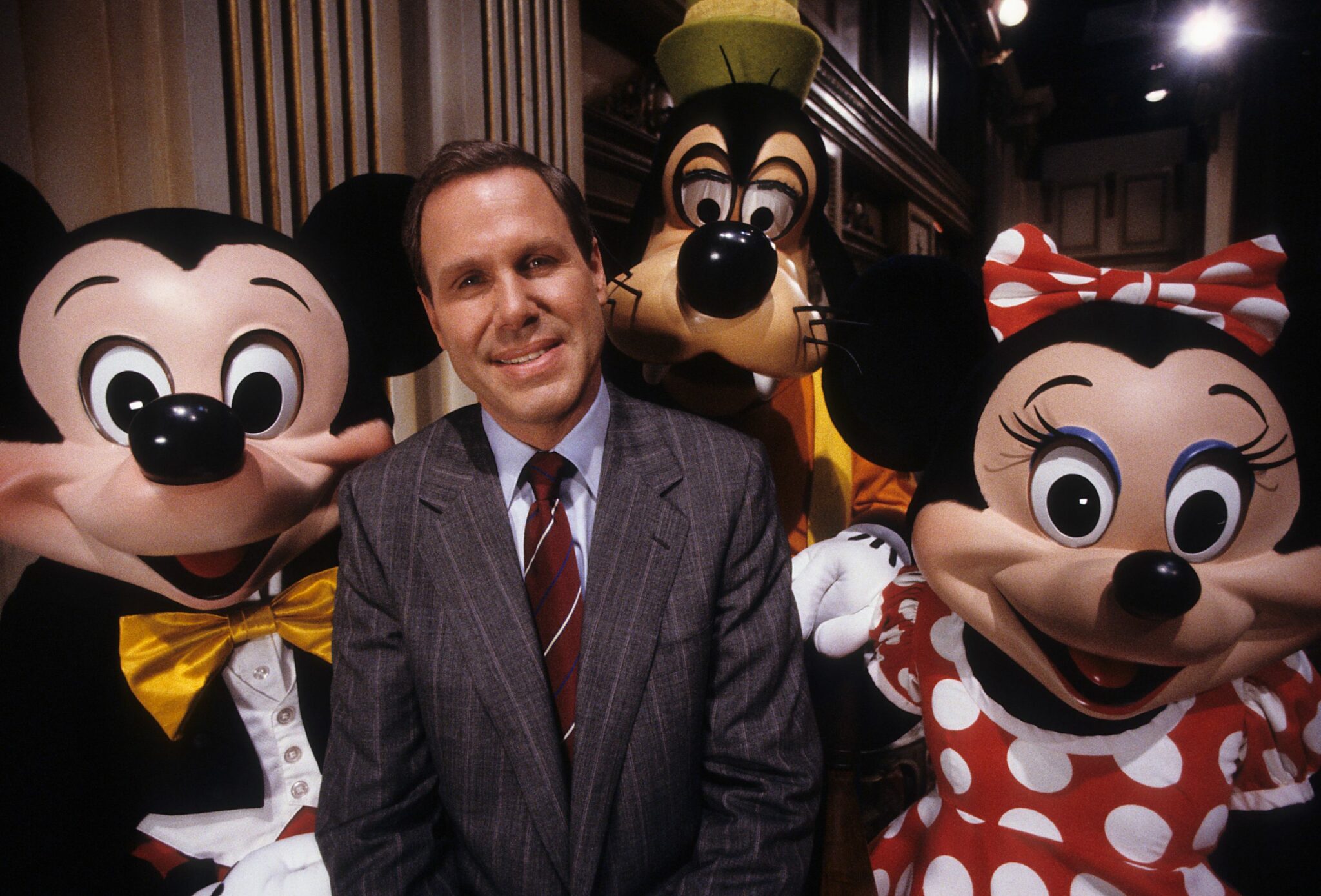 Things were exacerbated by Spielberg’s difficult relationship with Disney boss Michael Eisner, with the two powerful men consistently failing to get along. For one, Spielberg and Eisner had disagreements over the use of the Roger Rabbit shorts. Whilst Spielberg wanted to attach 1990’s Roller Coaster Rabbit to Arachnophobia, Eisner instead released it with Dick Tracy. Then, when third Roger Rabbit short Trail Mix-Up was released with 1993 flop A Far-Off Place, plans for further shorts were cancelled.

Development on Roger Rabbit II grew increasingly scattershot. Matters were perhaps confused further when the franchise’s creator, Gary K Wolf, wrote a follow-up of his own, 1991 novel Who P-P-P-Plugged Roger Rabbit? It’s been claimed that Disney contemplated adapting this to the screen. (Wolf, who later sued Disney for unpaid royalties, has since written a third book, 2013’s Who Wacked Roger Rabbit?, and has pitched a buddy comedy centred on Roger and Mickey Mouse as a potential spin-off movie.)

Spielberg eventually backed out of any further involvement with the Roger Rabbit sequel, particularly when he teamed up with another senior Disney executive Jeffrey Katzenberg to form rival studio DreamWorks. (DreamWorks Animation would become a major rival to Disney in the late 90s and 2000s, and it is often rumoured that Shrek’s antagonist Lord Farquaad was based on Michael Eisner.) 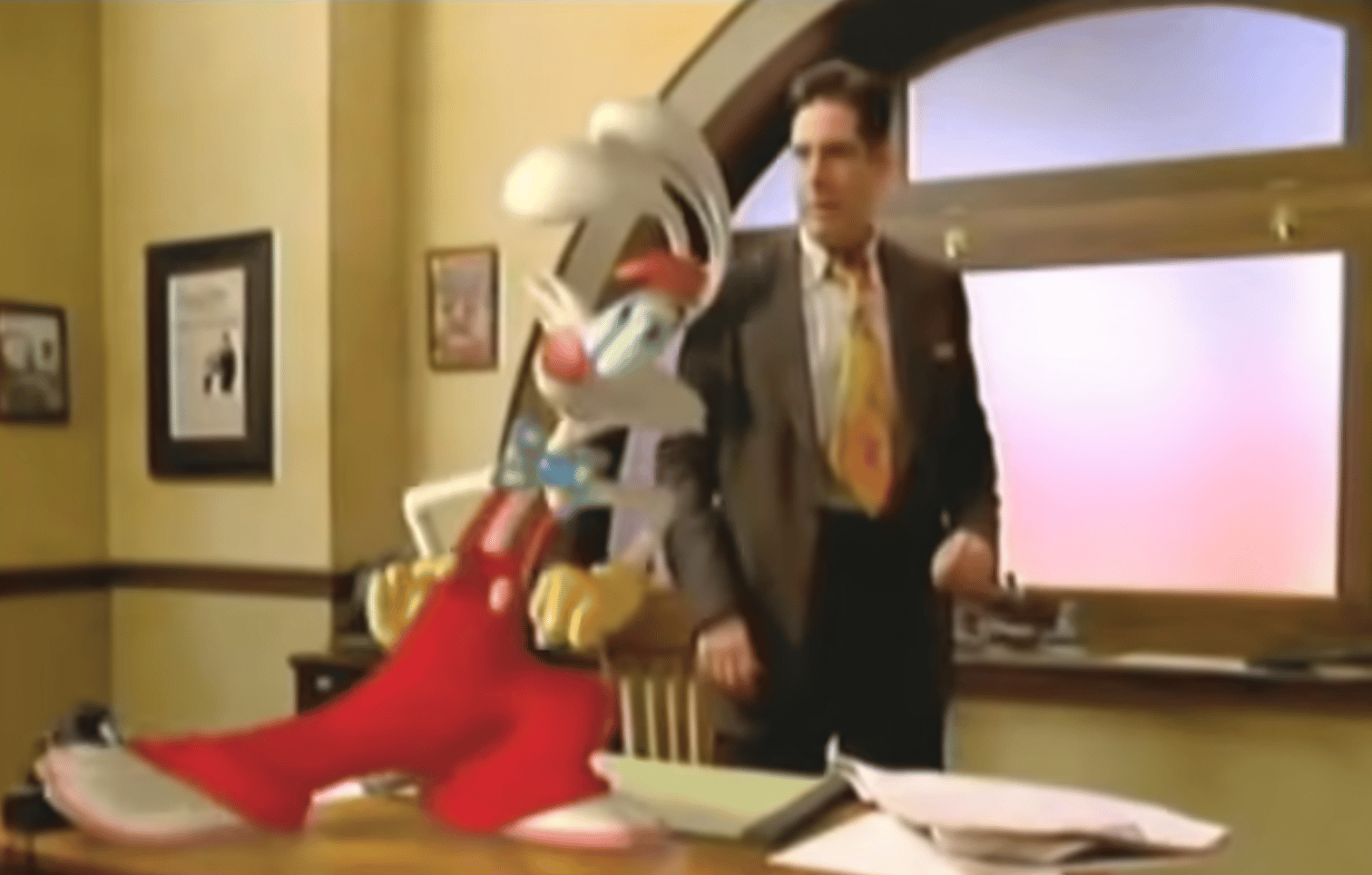 In his absence, Spielberg entrusted producers Kathleen Kennedy and Frank Marshall to develop Roger Rabbit II. By 1998, the tenth anniversary of the original film, it looked like a sequel might finally happen. The Toon Platoon script was reworked into Who Discovered Roger Rabbit, another prequel which would have seen Roger getting his big break on Broadway.

Things got far enough for test footage to be shot, with Roger brought to life via CGI. Disney even hired esteemed Disney songwriter Alan Menken to compose five original songs for the project (one of which, This Only Happens in the Movies, would later be recorded by singer Kerry Butler).

However, concerns about the rising budget and changes in audience tastes kept Who Discovered Roger Rabbit from getting the green light, and in 2003 co-producer Don Hahn publicly declared the sequel was no longer in the works. Hahn explained, “we could never get the planets back into alignment… There was something very special about that time when animation was not as much in the forefront as it is now.” 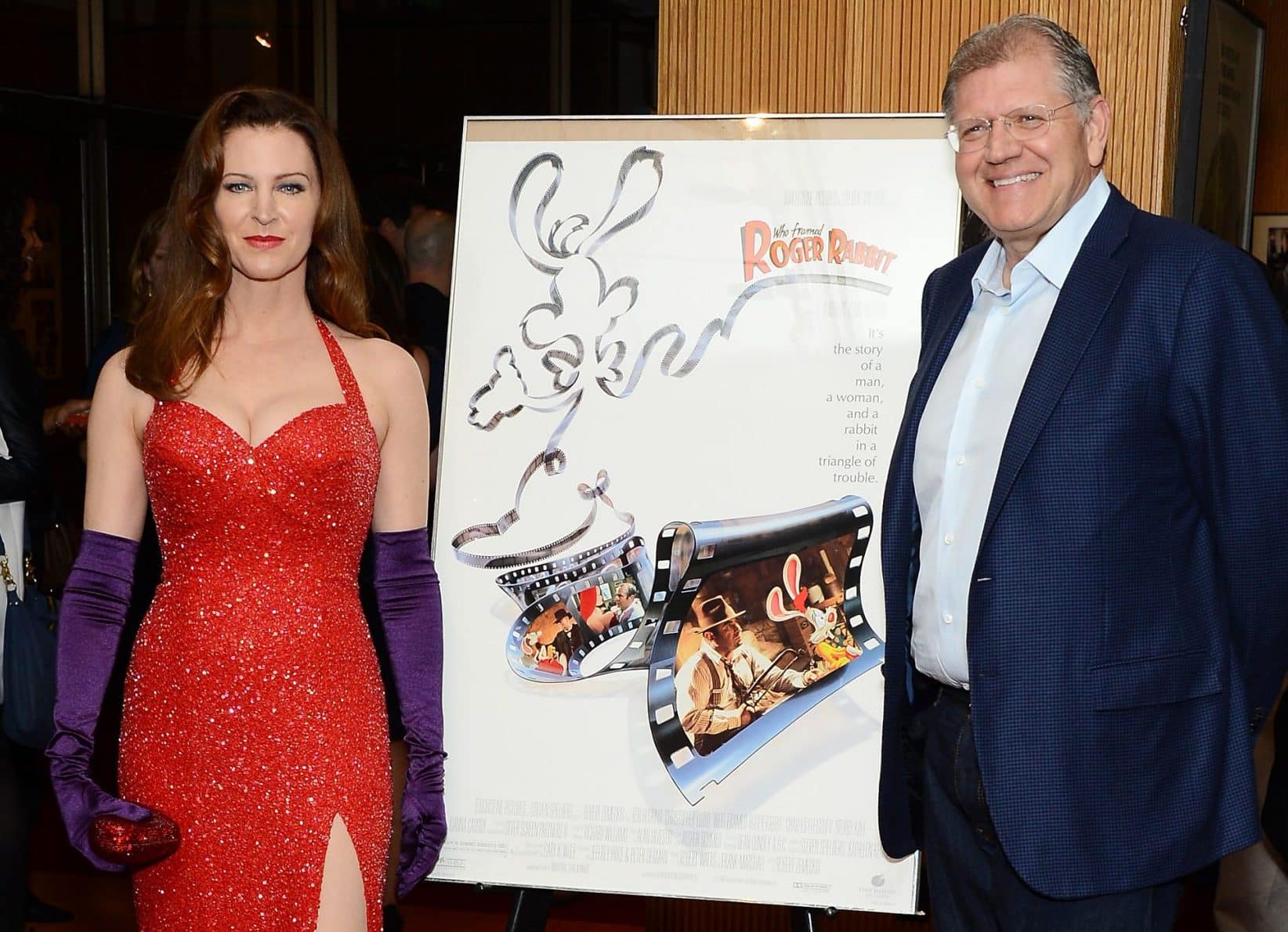 Over the years, Robert Zemeckis has voiced some interest in a Roger Rabbit sequel. The director explored animation further in the 2000s, making several films (The Polar Express, Beowulf, A Christmas Carol) in the divisive medium of motion-capture CGI.

In 2010 the filmmaker indicated he would use a similar approach for Roger Rabbit II; later, he even suggested that leading man Bob Hoskins (who died in 2014) could be ‘revived’ as a digital double. However, widespread distaste for mo-cap CGI, often derided as creepy, would seem to have ruled that out.

In 2018, when Who Framed Roger Rabbit enjoyed its 30th anniversary, Zemeckis was once again asked about a sequel, but voiced doubts that one would ever be made. The director told Yahoo!, “I don’t know where it fits in in [Disney’s] universe. There’s no princess in it, so I don’t know where that would be. There’s a wonderful script sitting at Disney that is really good, but I don’t think it’s on their radar.”