Why Did Joe Pesci Quit Hollywood?

After classic hit films including Goodfellas, Home Alone and My Cousin Vinny, Joe Pesci seemed to have the film industry at his feet – yet in the late 90s, he chose to walk away at the height of his fame.

Before he made a brief resurgence with 2019’s The Irishman, the Italian-American actor had only made two live-action film appearances in the 21st century. Many movie stars have continued working at a later age than the now-79-year-old Pesci, so just why did he choose to retire so early?

Joseph Frank Pesci was born in Newark, New Jersey on February 9th 1943. He is of Italian heritage, and his parents Angelo and Maria Pesci worked as a forklift driver and a barber.

He started out as a child actor on stage at five and appeared on a TV variety show by the age of ten. 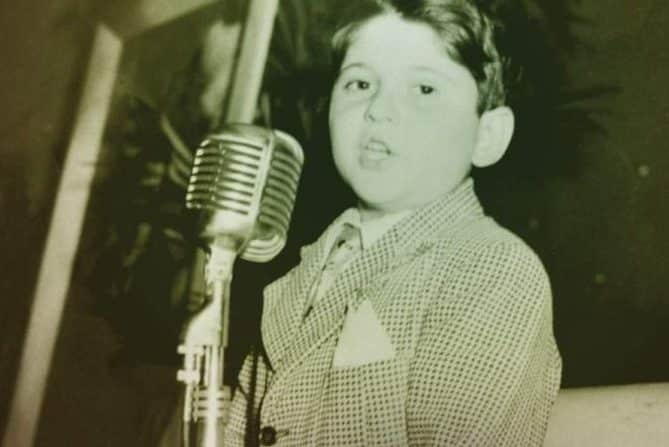 The teenaged Pesci befriended Frankie Valli and Tommy DeVito ((no link to the character of the same name that Pesci would play in Goodfellas), who were in their 20s and 30s at the time. When he was 16, he introduced them to the singer Bob Gaudio, and the trio eventually teamed up with Nick Massi to form the pop group The Four Seasons.

In his 20s, Pesci ventured into music, first as a guitarist and then as a singer. In 1968 he released the album Little Joe Sure Can Sing!, under stage name Joe Ritchie. Still, like most up-and-coming artists, Pesci had to maintain a steady day job to get by. At the same time that he was pursuing music, he was also working full-time as a barber.

By all accounts, Pesci became well-known and respected in New Jersey for his shaves and haircuts, and it’s said that plenty of his clients were part of the local mafia.

Indeed, gangsters were a part of everyday life where Pesci grew up. Whilst tending bar, a young Pesci once unwittingly riled a made man by making the mistake of telling him he was “funny.” This incident would later inspire a famous scene in Goodfellas. 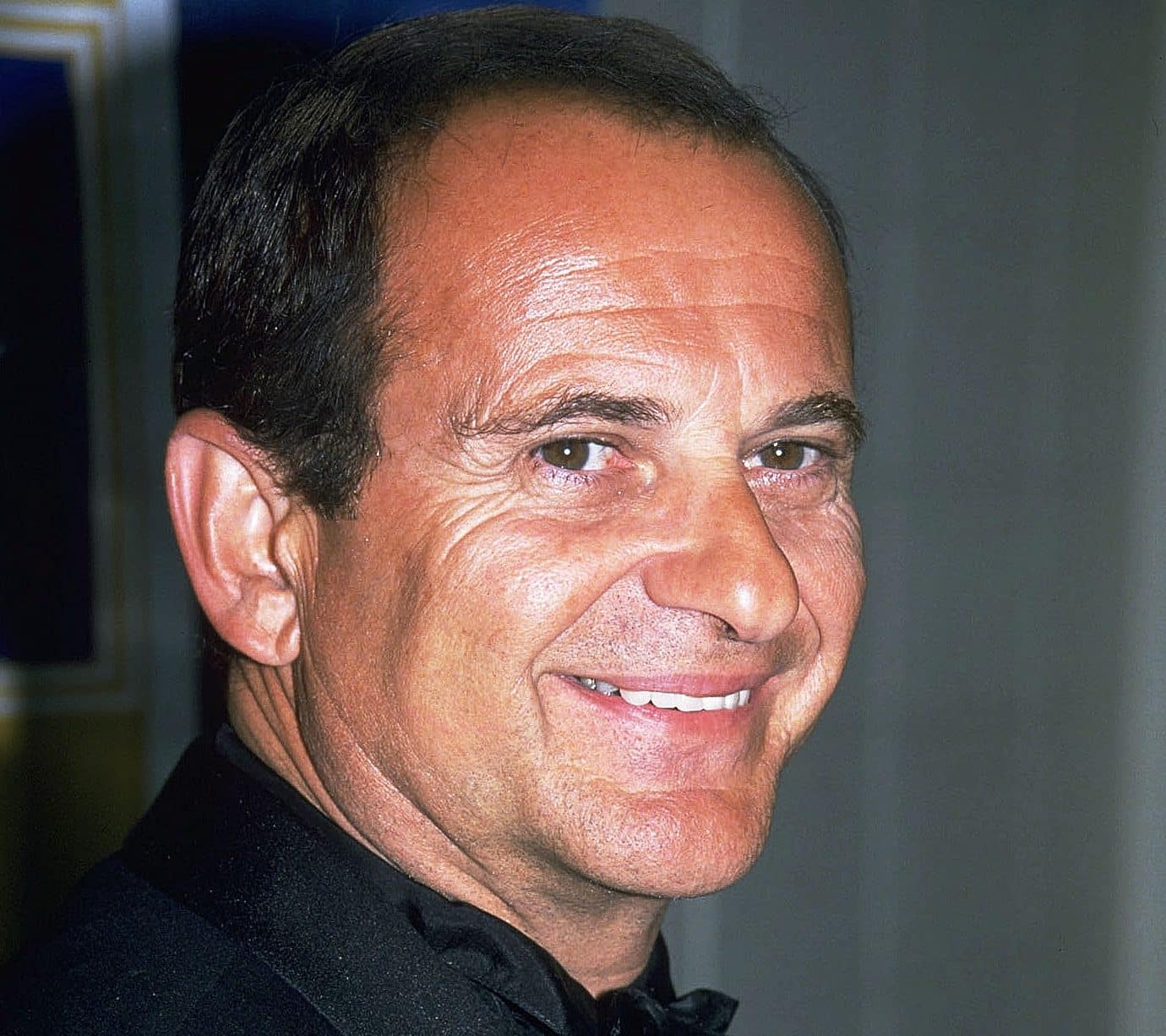 In the mid-1970s, Pesci teamed up with fellow actor Frank Vincent for stand-up comedy double act Vincent and Pesci. After enjoying some success on stage, the pair were cast in The Death Collector (aka Family Enforcer) – a film that got the attention of Robert De Niro and Martin Scorsese.

At the time, Scorsese and De Niro were developing Raging Bull, a biopic of boxer Jake LaMotta. While Vincent was given the supporting role of Salvy Batts, Pesci landed one of the leads: LaMotta’s brother Joey.

On release in 1980, Raging Bull was only a middling hit commercially, but the critical response was through the roof. While the lion’s share of the praise went to Scorsese and De Niro, Pesci was also hailed as an outstanding new talent – and nominated for his first Oscar. 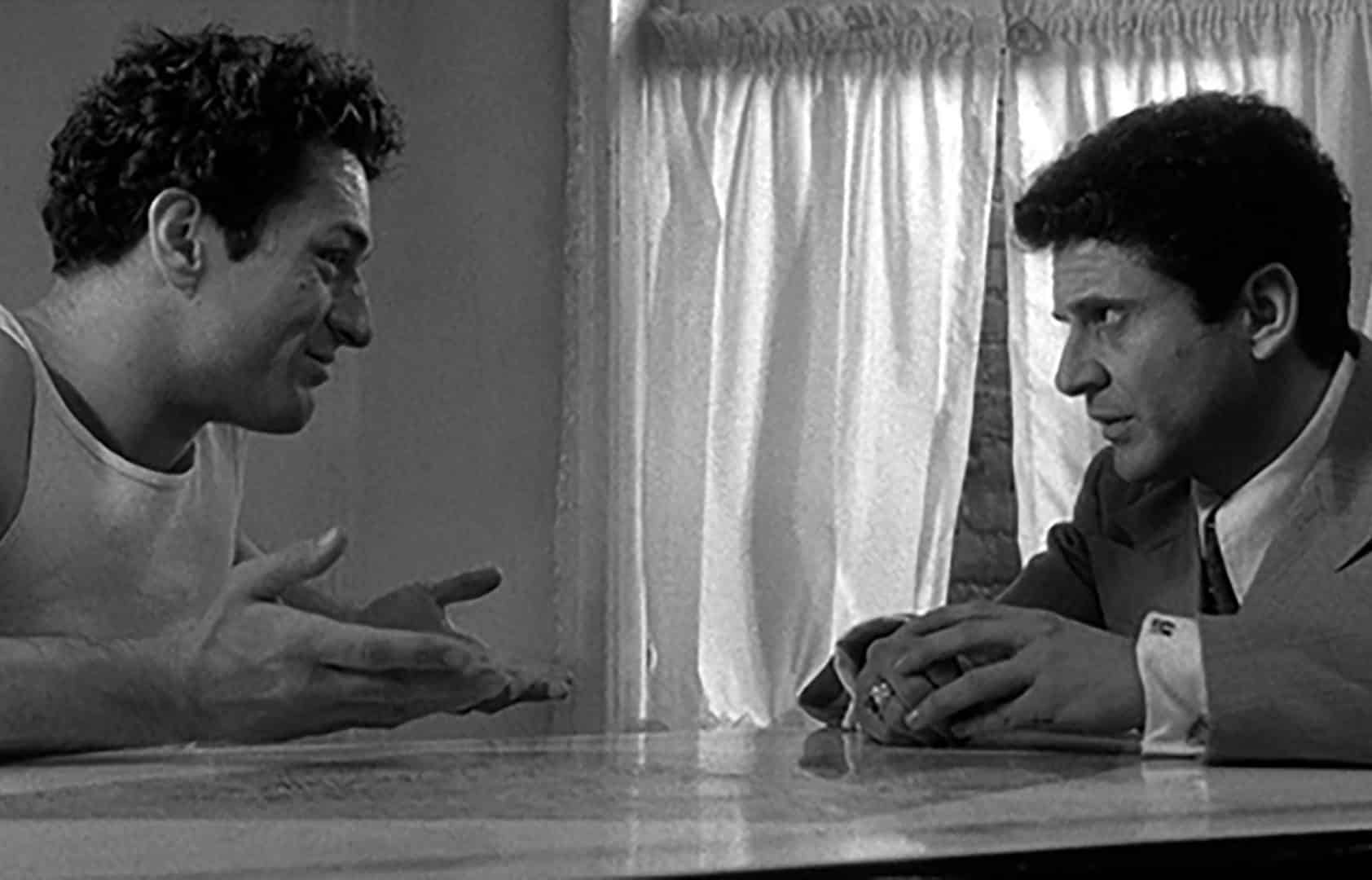 Pesci was suddenly an in-demand film actor, and the years that followed saw him make prestige movies (reuniting with De Niro in Once Upon a Time in America), as well as more lowbrow material (co-starring with Rodney Dangerfield in Easy Money). He also became comic relief character Leo Getz in the Lethal Weapon movies.

Then, in 1990, Pesci once again teamed up with Scorsese and De Niro for what arguably became their best-loved film, the fact-based crime drama Goodfellas.

On top of being cast alongside De Niro, Ray Liotta and Paul Sorvino, Pesci helped develop the script thanks to his own life experiences of gangsters. This included the now legendary “what do you mean, I’m funny?” incident, which became the basis of the film’s most celebrated scene. 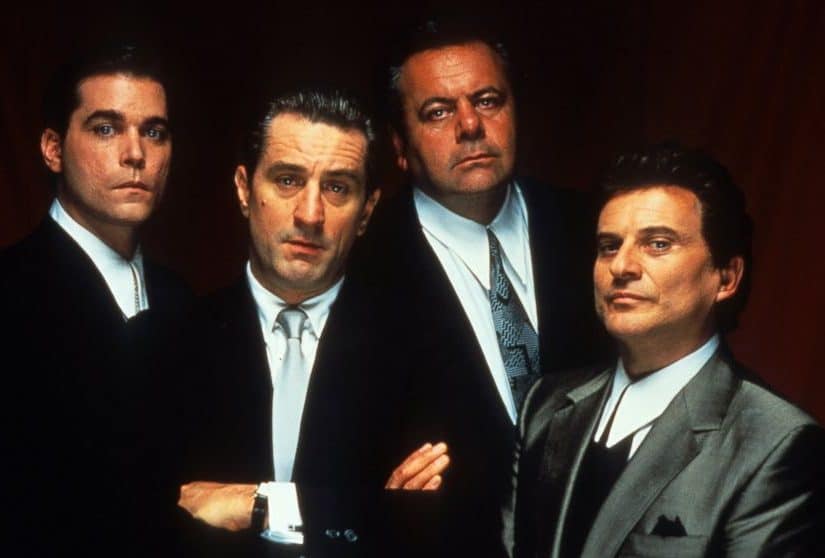 Goodfellas was an acclaimed smash. Pesci’s performance landed him his second Best Supporting Actor nomination at the Academy Awards – and this time, Pesci took home the gold. Goodfellas remains the only Oscar Joe Pesci has ever won. He made his mark, however, with one of the shortest acceptance speeches the Oscars had ever seen, saying simply, “It’s my privilege. Thank you” before walking away.

This alone would have been enough to make 1990 a triumphant year for the actor, but on top of this Pesci also appeared in a relatively small-scale festive family comedy which unexpectedly proved to be a blockbuster: Home Alone, in which he played bungling burglar Harry Lime.

Pesci was now cemented as a bankable actor. He had a memorable supporting role in 1991’s acclaimed JFK. Home Alone 2: Lost in New York, Lethal Weapon 3 and My Cousin Vinny all followed in 1992. Not long thereafter, Pesci would enjoy another successful collaboration with Scorsese and De Niro in another epic crime drama, 1995’s Casino. 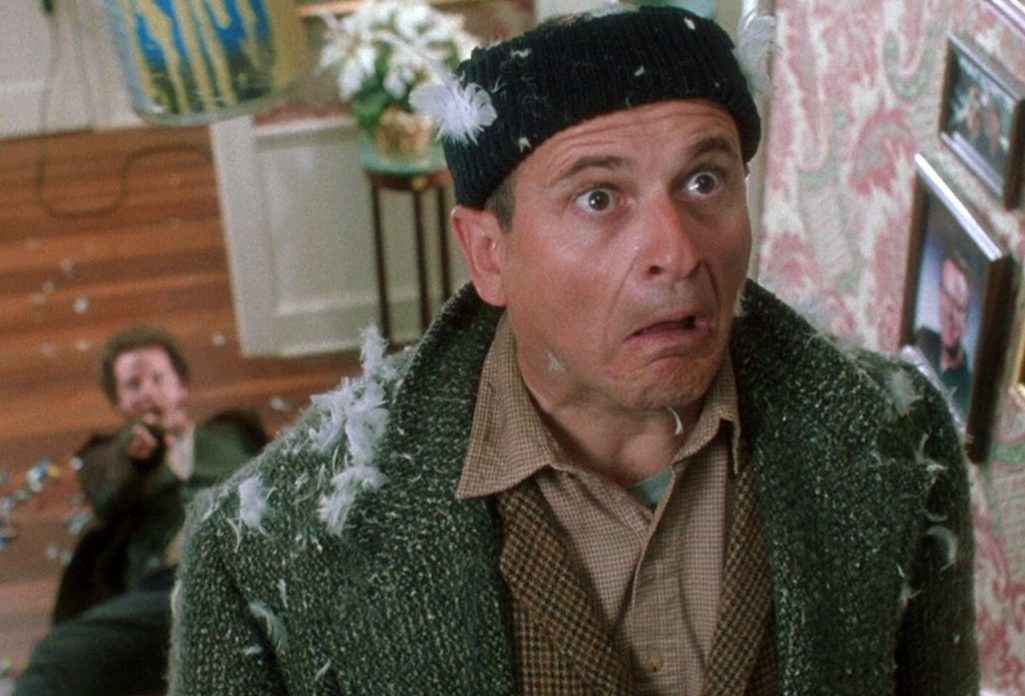 By this time, Pesci was riding high as one of Hollywood’s most unlikely stars. However, after playing Leo Getz a third time in 1998’s Lethal Weapon 4, he quietly stepped back from acting.

Pesci quit acting so he could focus instead on his music career. In the same year as Lethal Weapon 4, he released his second album, Vincent LaGuardia Gambini Sings Just for You (named after his My Cousin Vinny character).

However, in the two decades that followed, Pesci produced no new music, and made only brief screen appearances: a cameo in De Niro’s 2006 film The Good Shepherd, a supporting role in 2010’s Love Ranch, and a 2011 Snickers commercial. 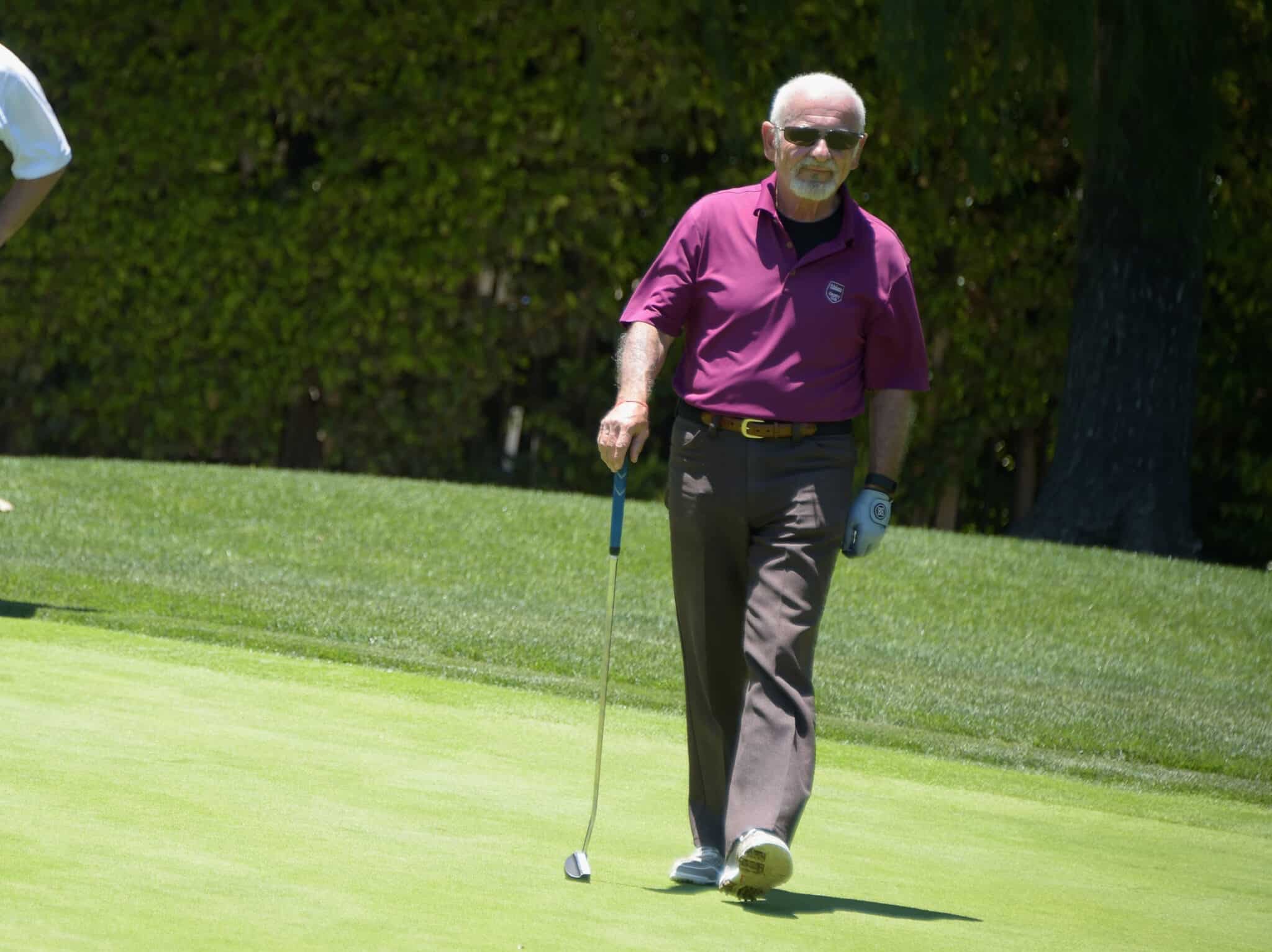 Pesci also spent some of his time playing at a few celebrity golf tournaments – but otherwise, he disappeared from the public eye almost completely.

Quiet about his private life, Joe Pesci has in fact been married three times. He wed for the first time in 1964 and has one daughter from this relationship, whom he has never publicly named.

He was married once more before he met his third wife, the actress Claudia Haro. He starred alongside her in Casino. Wedded between 1988 and 1992, Haro and Pesci also have a daughter together – the singer Tiffany Pesci.

After Pesci, Claudia Haro married the stunt actor Garrett Warren. After Warren and Haro filed for divorce in 2000, Warren was shot four times by a gunman outside his home. Haro would later plead no contest to hiring the hitman in a murder attempt, and was sentenced to 12 years and four months in jail. 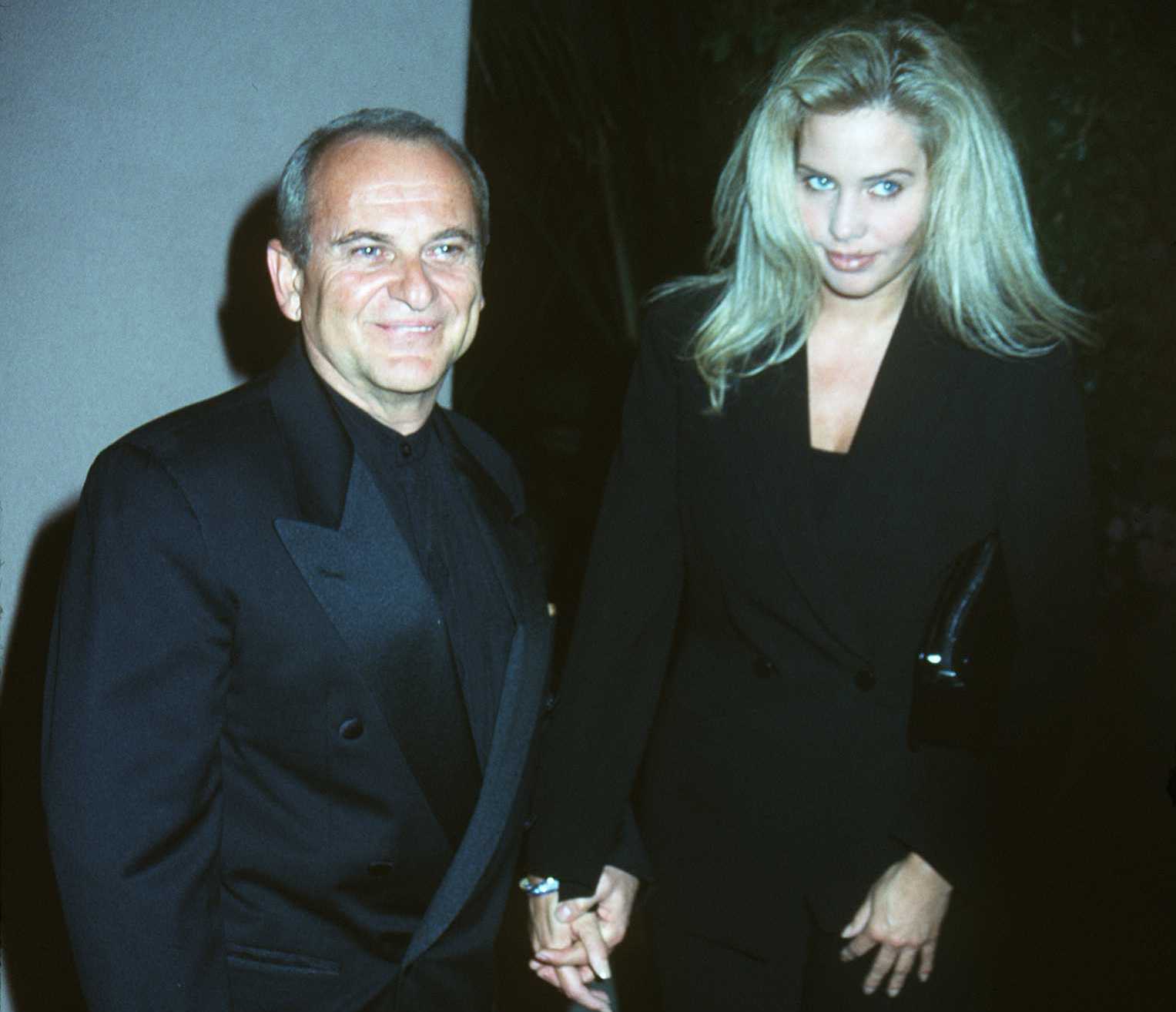 In 2007, Pesci became engaged to the model Angie Everhart but the pair broke up a year later.

As Pesci rarely gives interviews, details on what he’s been doing since he walked away from Hollywood are thin on the ground. He had been set to play Angelo Ruggiero in the reviled 2018 film Gotti, but instead pulled out over a disagreement and ultimately sued the producers for $3 million.

Although his return to acting in 2019’s The Irishman prompted huge excitement, Pesci took some persuasion to make the film. Reportedly he only agreed to make the movie after De Niro and Scorsese first asked him around 40 times. 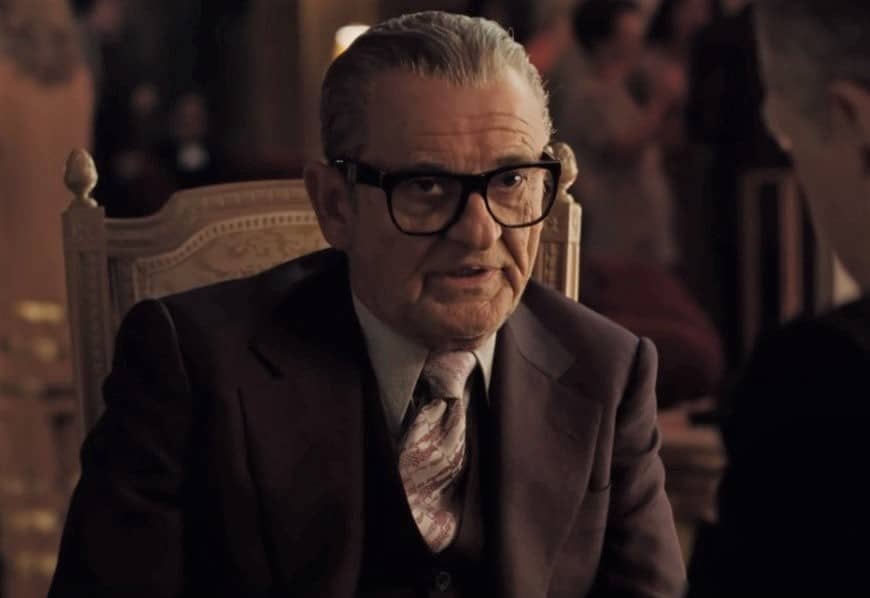 De Niro in his words persuaded Pesci by telling Pesci “‘Come on, who knows if we’re ever going to have this chance again?’… [Pesci] loves Marty and greatly respects him and knows that if he’s in Marty’s hands, it’s going to be OK.”

According to Scorsese, Pesci more simply signed up “When Netflix got into the picture – because then we had the backing.” In total, Joe Pesci and Robert De Niro have starred in seven movies together and their friendship has spanned 50 years.

The Irishman saw Pesci land his third Best Supporting Actor Oscar nomination. Brad Pitt won the award that night for Once Upon A Time in Hollywood, but given that Pesci didn’t show up to the awards ceremony, it’s doubtful he felt too strongly about the matter. 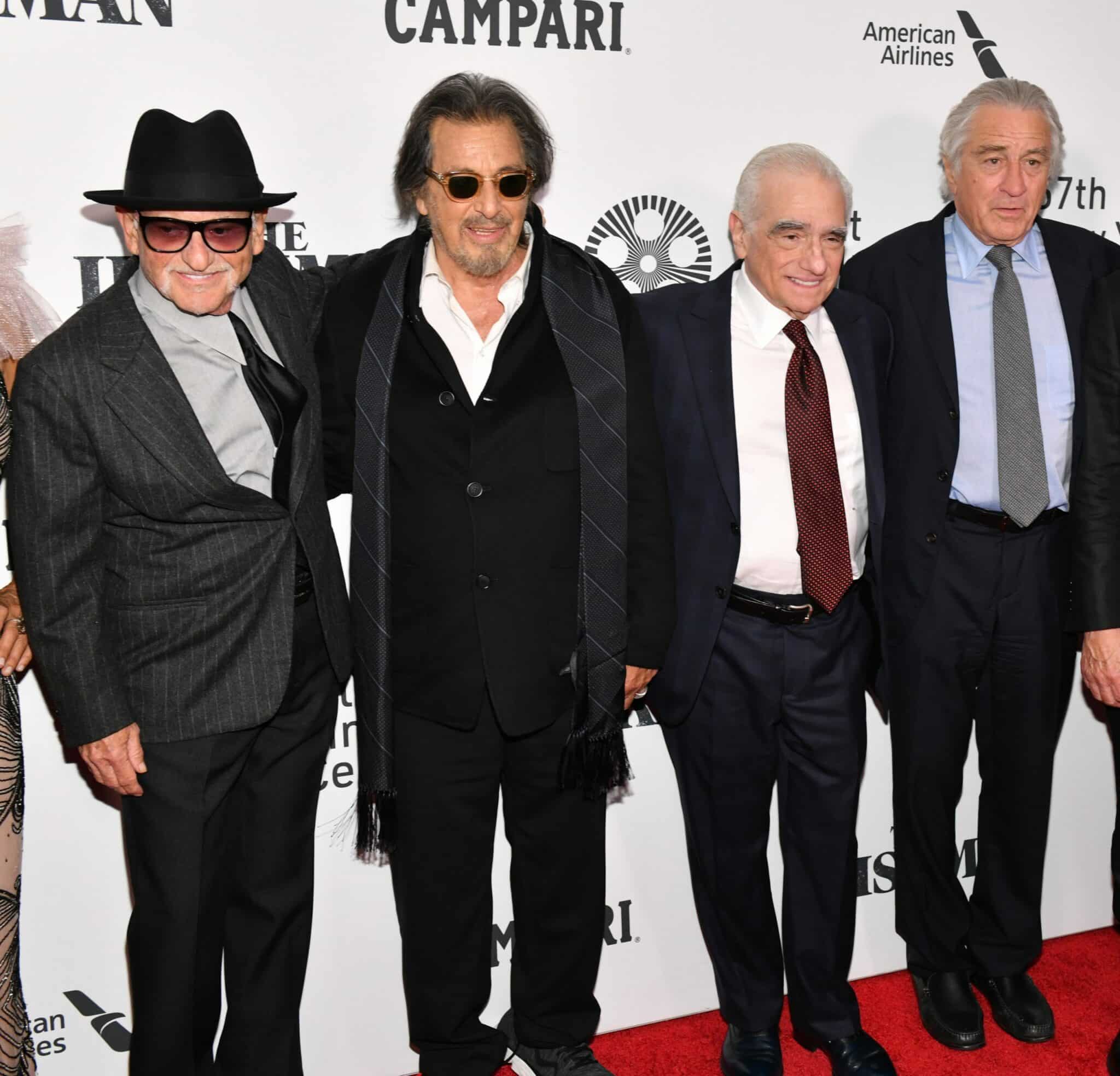 There’s nothing to indicate that Pesci has any intention of acting again. Celebrity Net Worth had estimated that Pesci’s fortune totals around $50 million. As a man on the brink of his 80s, one can hardly blame him for wanting to enjoy his retirement, and given the body of work he’s produced he’s destined to be remembered as a true film legend come what may.

In recent years, Joe Pesci has resided in an Art Deco-inspired waterfront mansion on the Jersey Shore. He sold the property in 2021 and made plans to retire to California, where he wants to play more golf.

Joe Pesci is always someone we’ll admire and respect – but of course, we’ll certainly never accuse him of being funny…