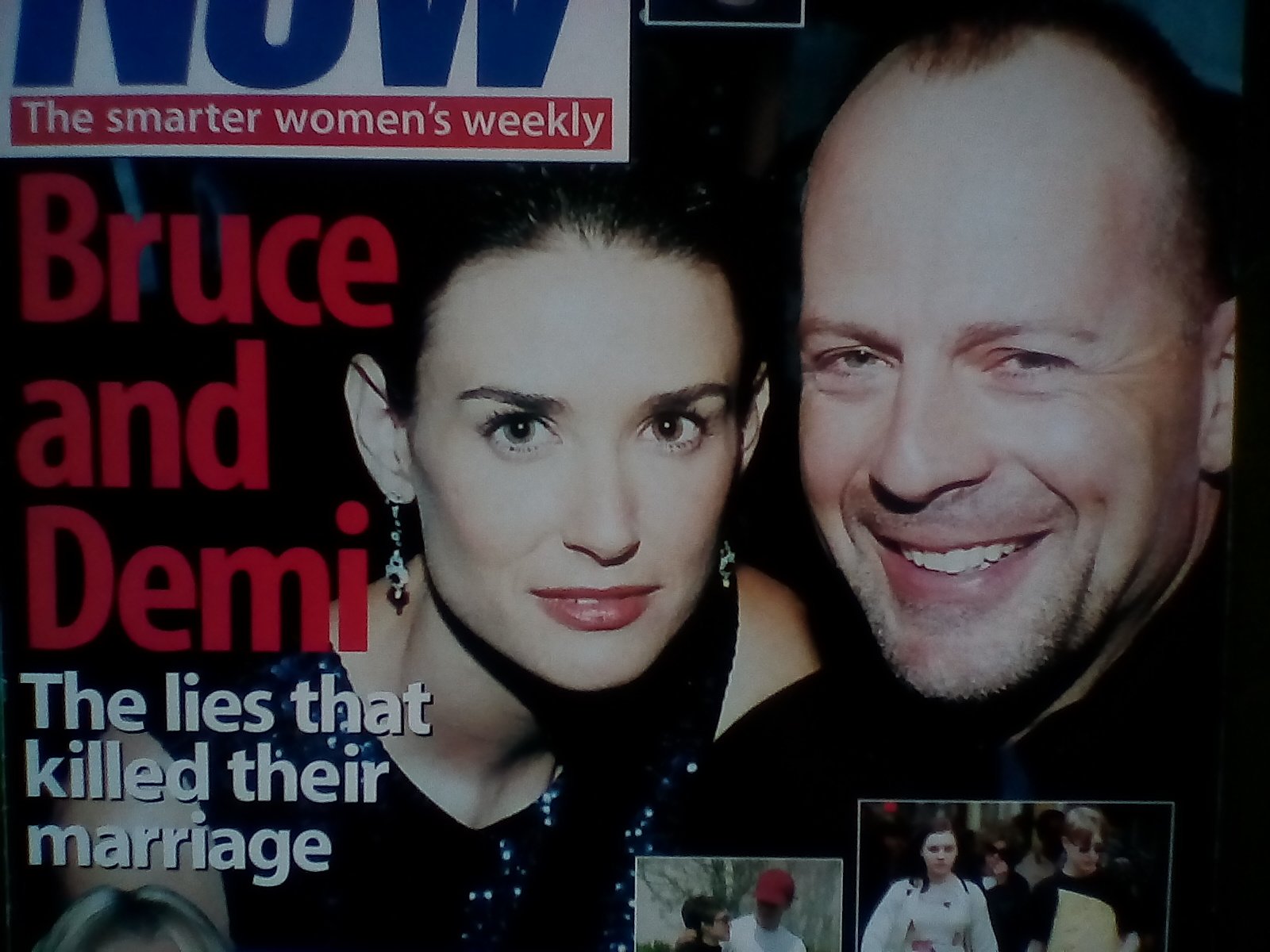 Its been twenty years since the announcement of the biggest separation of the year, of a Hollywood golden couple, one of the most high profile couples in the world. The couple everybody thought was madly in love and had a rock solid relationship. On 24th June 1998, after eleven years of marriage, the separation of Bruce Willis and Demi Moore was made public. 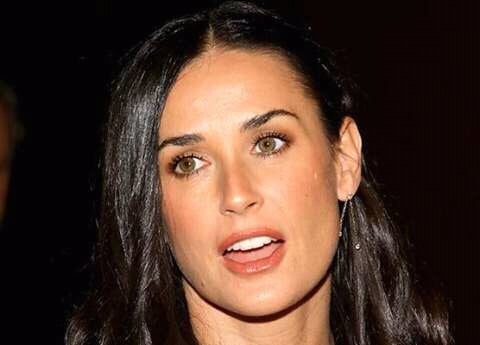 Demi Moore was born on November 11th 1962, in Roswell, New Mexico. To Mother, Virginia King. Her Father is Charles Harmon Snr, he left Virginia before Demi was born. Demi was raised by a step Father, Dan Guynes.

Demi was with her boyfriend, Emilio Estevez, in 1987, at the premiere of his film Stakeout. It was there that Demi first met Bruce Willis. 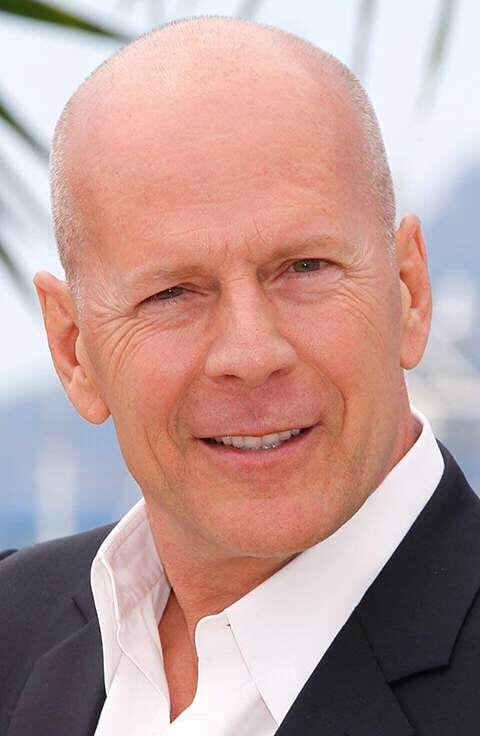 Bruce Willis was born in the then, West Germany, on March 14th 1955. To Mother, Marlene and Father, David Willis.

During the 80’s Willis was in the hugely popular TV series, Moonlighting. From 1985 to 1989. A comedy/drama. Which also starred Cybil Shepherd.

In 1988 Bruce Willis made the first Die Hard film, it was massively successful, world wide, which gave him movie star, action hero status. 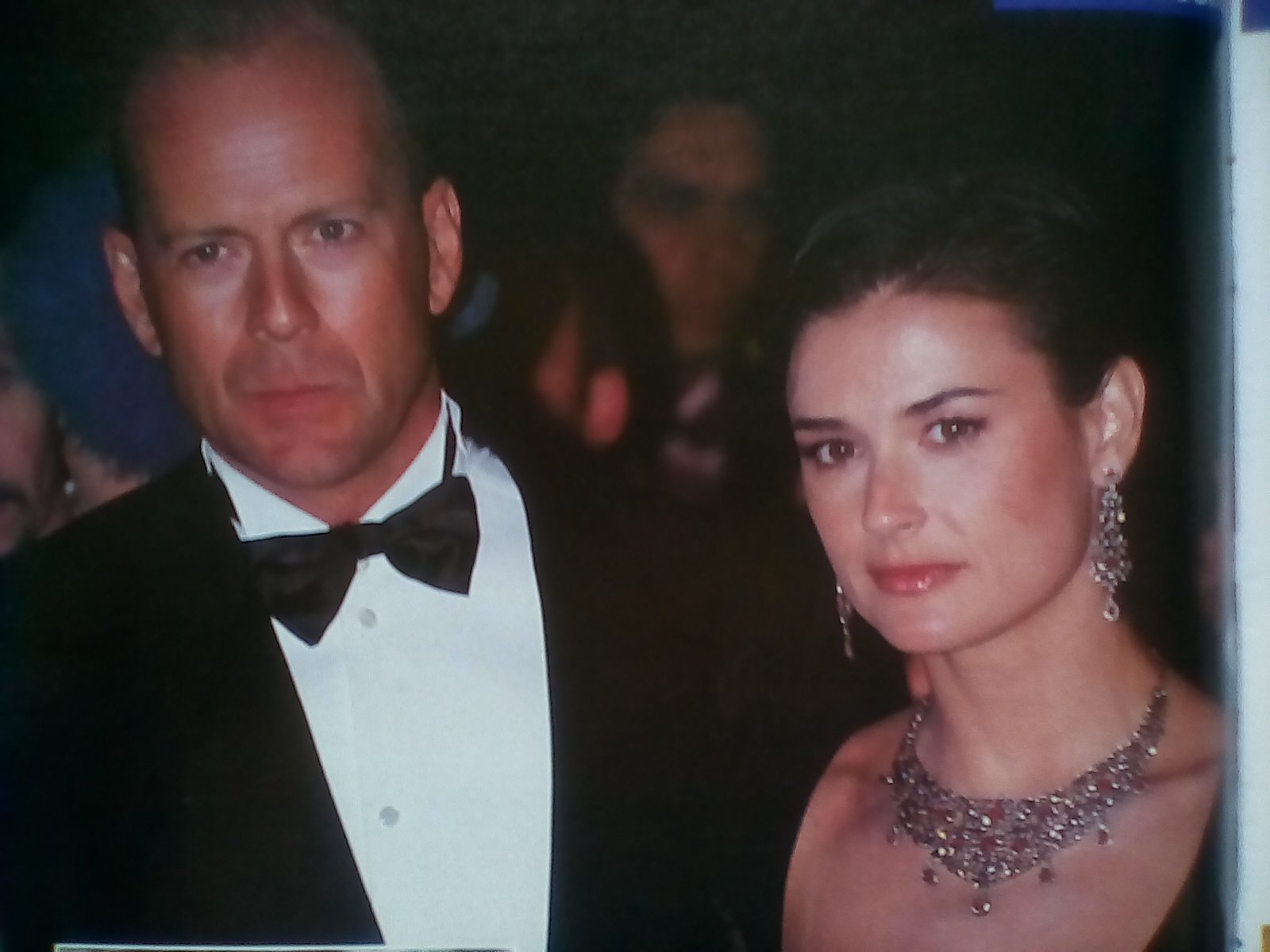 They set up home together, and their blissful marriage began. They had three daughters, Rumer, born August 16th 1988. Scout, born July 20th 1991. Tallulah, born February 3rd, 1994. To the world it was a perfect, happy family. A tinsel town success story, they had it all.

So what went wrong? On the announcement of his marriage break down twenty years ago, Bruce Willis later commented, “I felt like I had failed as a Father and a husband by not being able to make it work”.

What was the downfall of the once most perfect couple of the 80’s and 90’s, and how did they deal with everything that comes with a divorce, one of the most high profile divorces that Hollywood has ever seen. 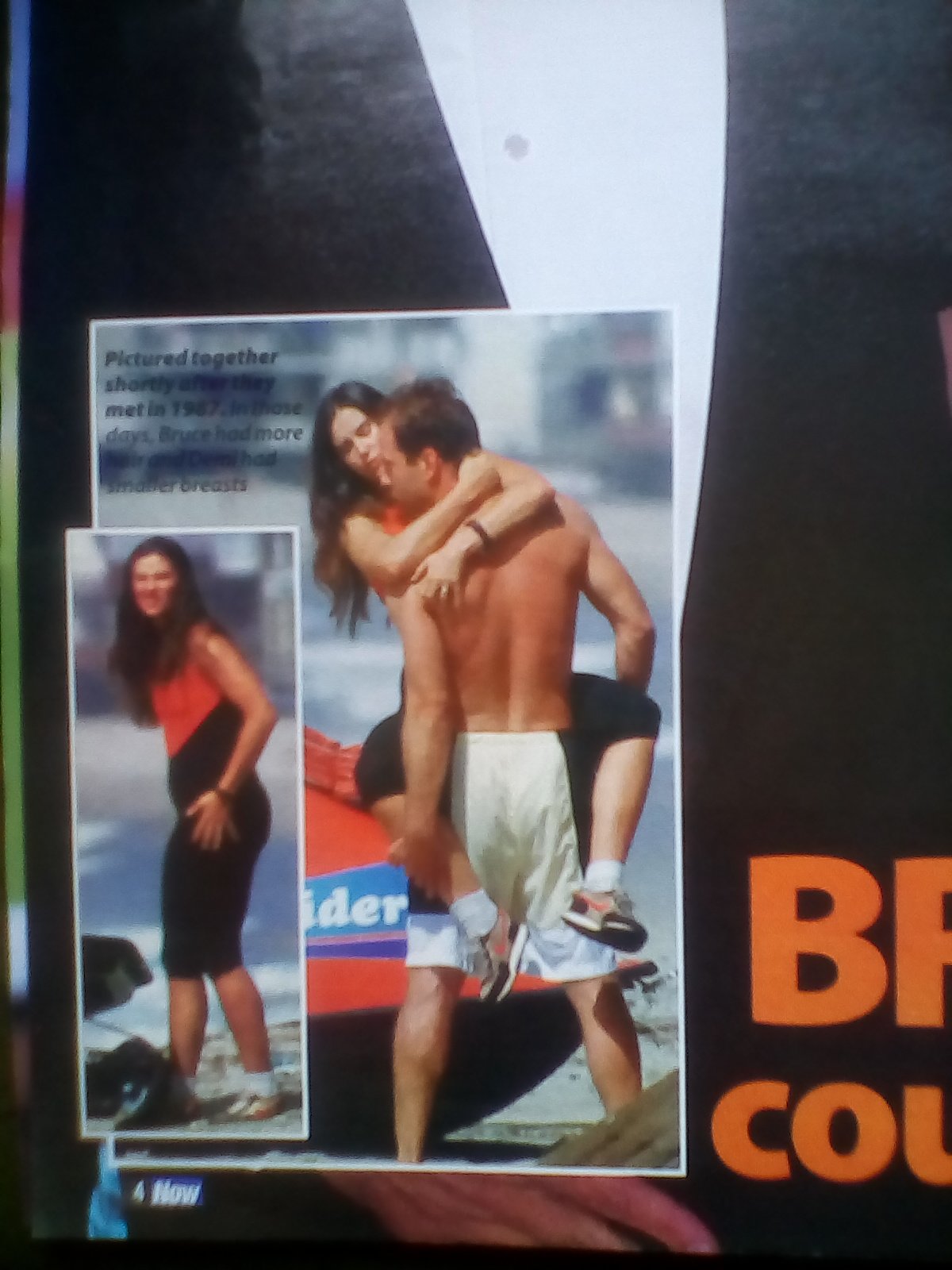 Bruce and Demi pictured having fun on the beach in happier times. They both had very successful film careers, a fabulous lifestyle, a fortune of $75 million. They had it all!

In June 1998 after the separation announcement was made, Bruce Willis said, ” This is a very sad day for me and I would just like to be on my own for awhile”. The separation was getting a huge amount of press and TV coverage, and they wanted to know as much details as possible. What went wrong with the dream couple?

Their marriage was said to be in trouble as far back as 1990. Bruce wasn’t happy with Demi’s intimate scenes with Patrick Swayze, in the huge hit of a film, Ghost. Bruce was so angry he marched on set with a baseball bat.

In 1996 Bruce told a reporter that because his parents split up when he was 16, he would never stay in a marriage if he was unhappy, he also added, that being faithful wasn’t always easy.

Cracks started showing with Demi in 1997, when then aged 35, she was reported to of been seen flirting with Leonardo DiCaprio, who is twelve years her junior, while Bruce was away filming. 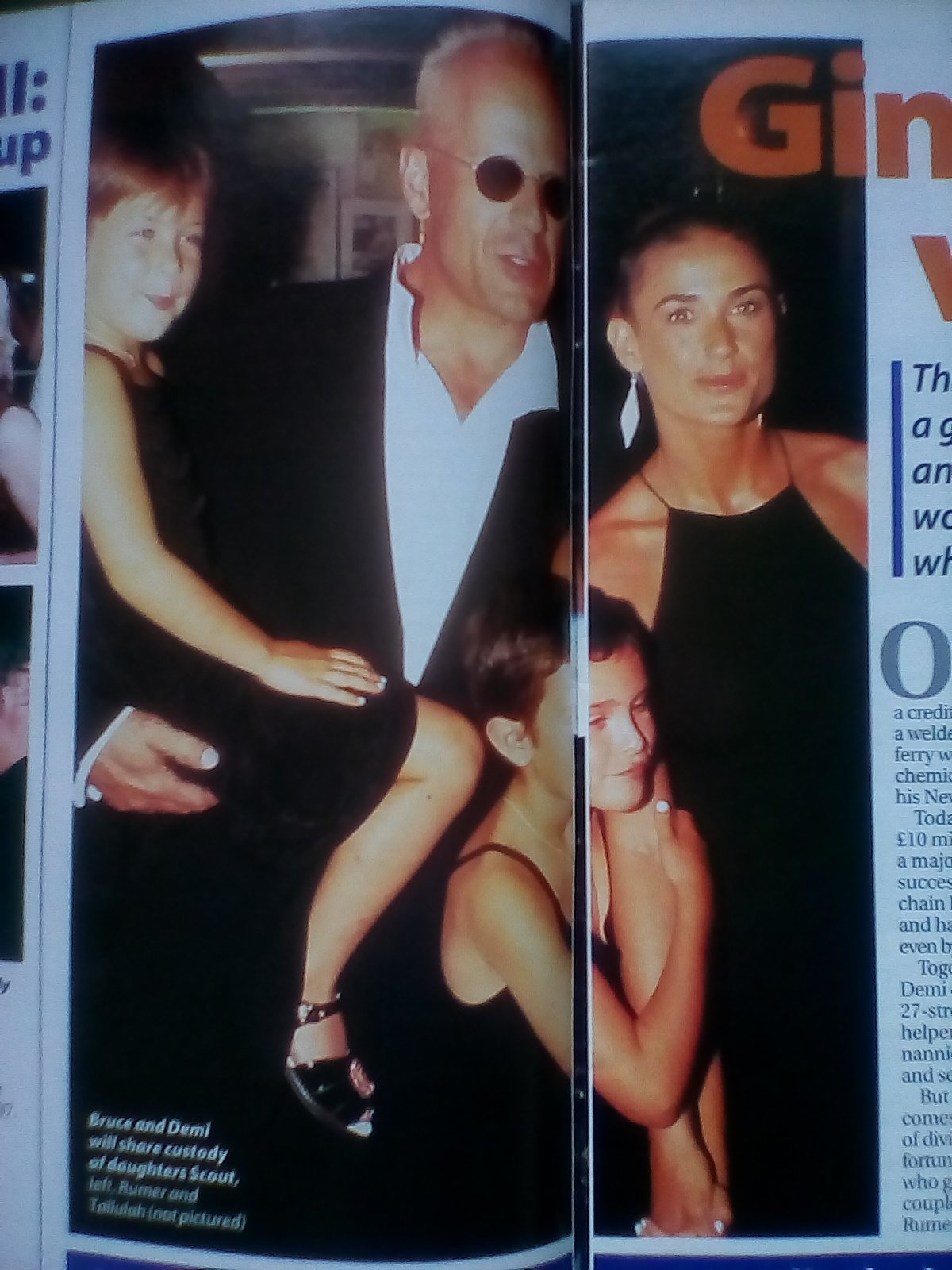 The lead up the their separation can be traced back to February 1997. That was when Demi was spotted with Leonardo DiCaprio, eating at The Ivy, before spending the night at Demi’s Malibu home. The following month Bruce and Demi were pictured rowing in the street.

However by May at the Cannes Film Festival, Bruce and Demi put all the rumours about their marriage to one side, as they posed happily together for the cameras. But later on at the Festival Bruce told a reporter that his co-star in the film, The Fifth Element, actress Milla Jovovich, who was then aged 22, was “the best actress I have ever kissed”. 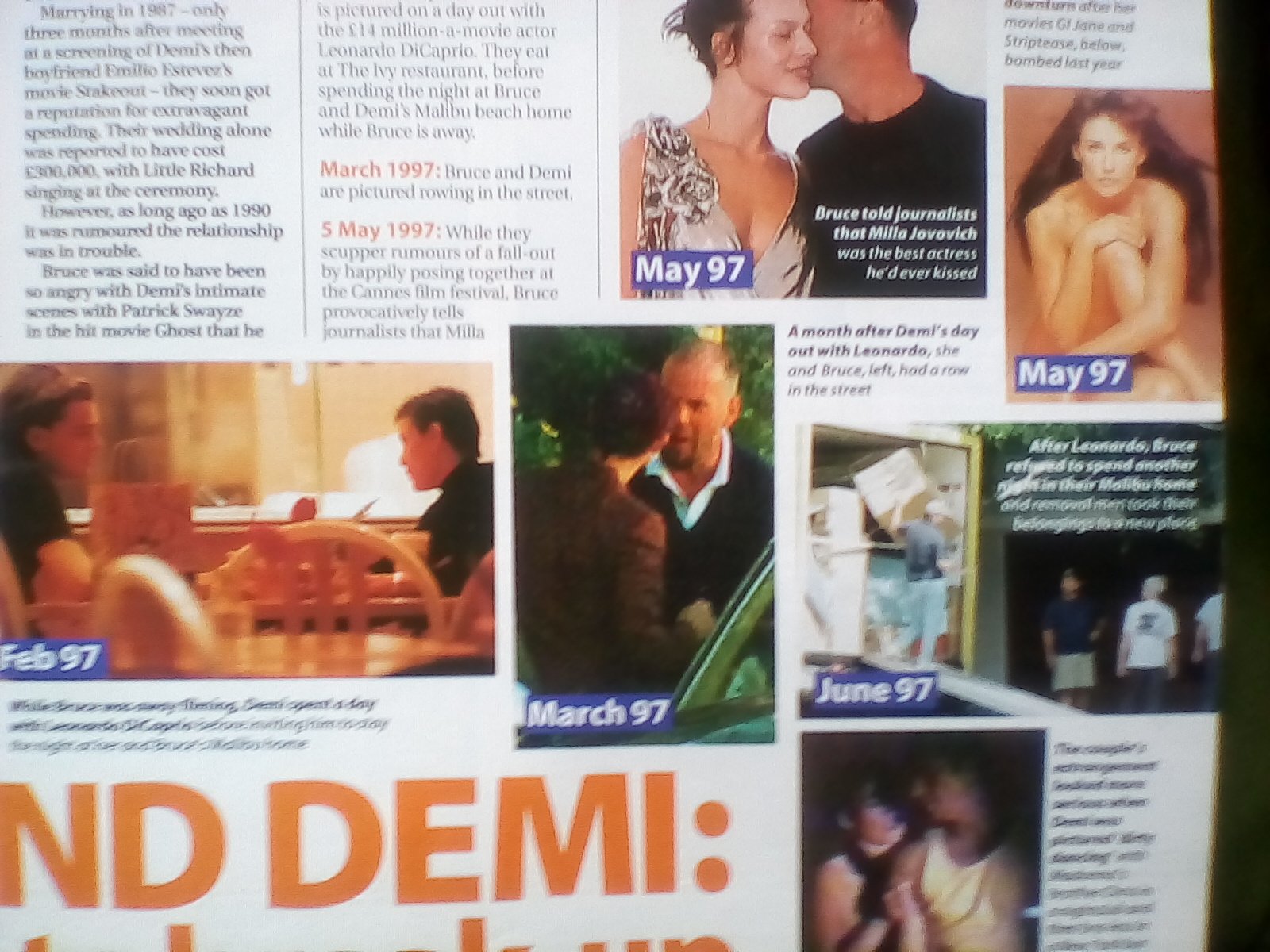 Then in June Bruce is said to have missed the UK premiere of The Fifth Element, to save his marriage with Demi, after she went ballistic over his close friendship with Jovovich. However Bruce refused to stay in their Malibu home after DiCaprio stayed. So they relocated to a new home in nearby Brentwood. 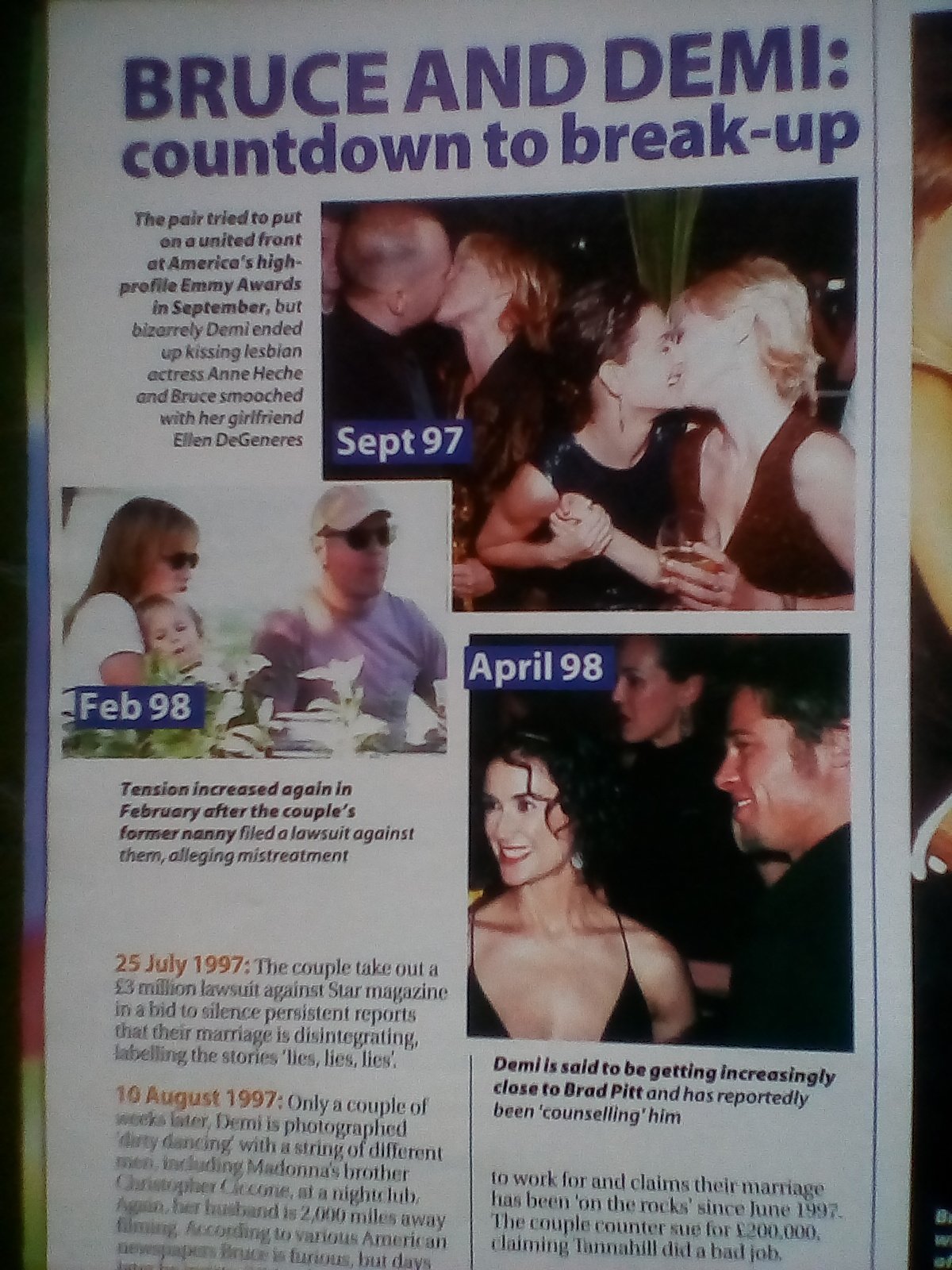 By July 1997 the couple speak out about their rocky marriage rumours, saying its all lies, lies, lies.

The following month though Demi is pictured dirty dancing with a few men, including Madonna’s brother, Christopher Ciccone, at a nightclub. Again while Bruce was away filming. He was said to be privately furious, but publicly he insisted, they were closer than ever and Demi could dance with whoever she wanted too.

By March 1998 Demi turned up alone at the Oscars. Come June the separation announcement was made. It was claimed Bruce had been having an affair with a 27 year old who worked at a bar they owned in Hailey, Idaho. That was the last straw, Demi filed for divorce. She had suspected Bruce of having affairs before, but this was the first time he had admitted there was another woman. 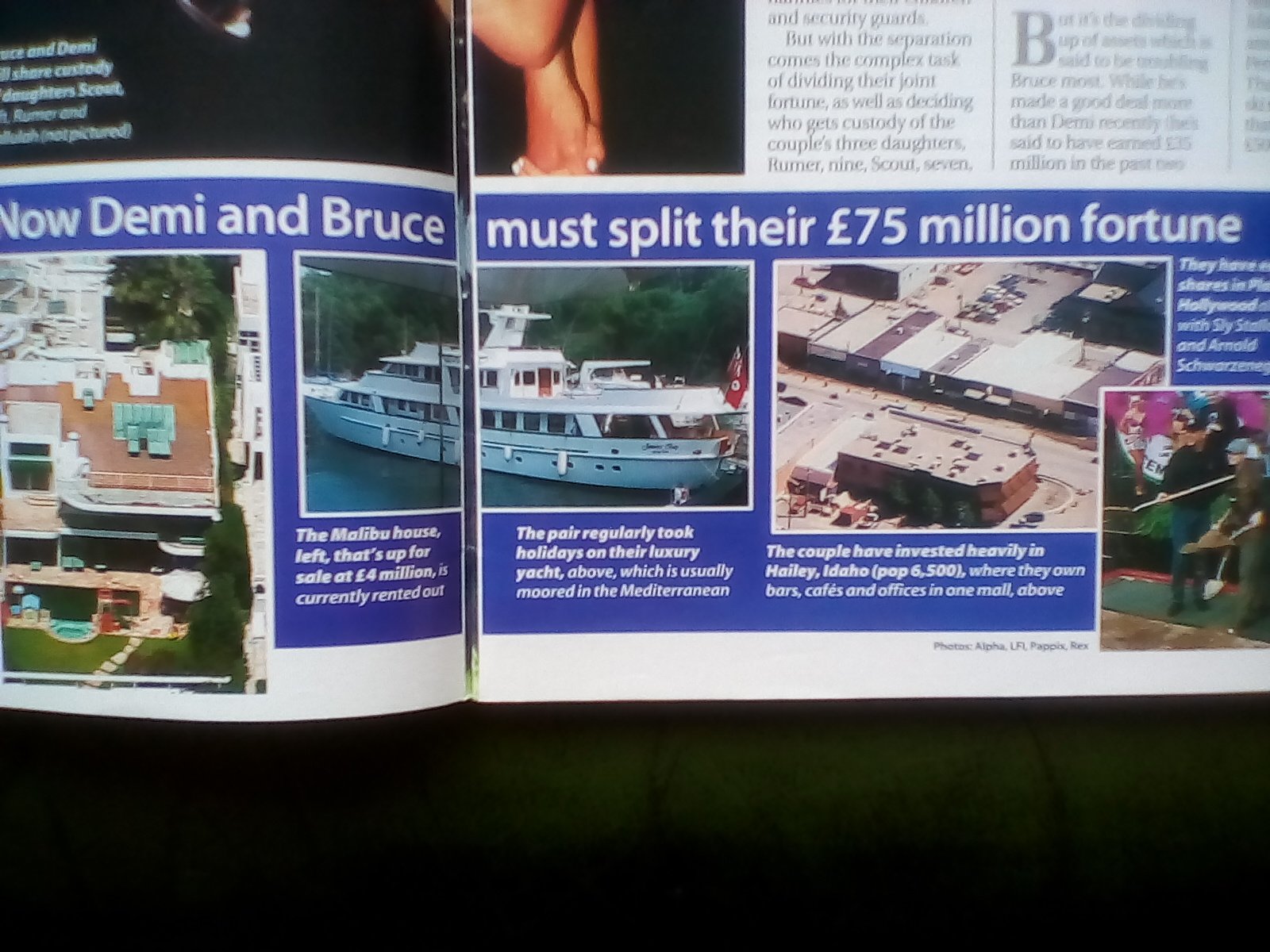 Between them Bruce and Demi owned a lot of properties and had many more investments too. They had the $4 million Malibu house. A luxury yacht, which was moored in the Mediterranean. A $3 million ranch home in Idaho. They had a place in New York. A ski resort Soldier Mountain they brought for $500,000, which is 60 miles from the Idaho ranch. They even owned an apartment in London, on the River Thames. Plus in the town of Hailey, Idaho, the former couple, had heavily invested in bars, cafes, offices, the cinema. Not to mention Bruce’s string of vintage cars!

There is also Planet Hollywood which Bruce has equal shares in with his friends Arnold Schwarzenegger and Sylvester Stallone. Fourteen years prior to all this, Bruce, then a truck driver, didn’t even own a credit card!

But, as with any divorce, they had to start dividing their joint fortunes. Which troubled Bruce as at that point Bruce was earning more than Demi. In the two years previous he had earned $35 million, while Demi had earned $20 million. But under Californian Law, everything earned in a marriage is split 50/50. Bruce did not want to part with a lot of money. 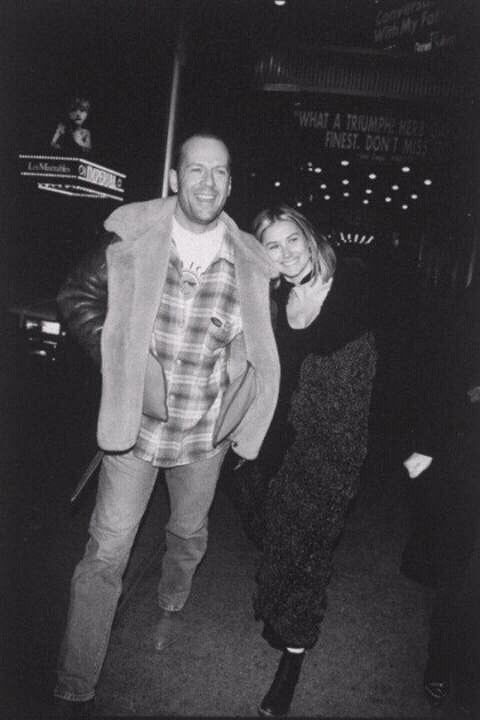 For the couple who loved to spend, money had been in ready supply during their eleven year marriage. A marriage which started with no prenuptial agreement.

Bruce Willis and Demi Moore were officially divorced in the year 2000. Demi received a $90 million settlement.

Today, twenty years later, they have both long since moved on with their lives, with other marriages, more children for Bruce. For them as a former couple, they did have a happy ending as the once golden couple of Hollywood do remain in each others lives, they do have a close friendship and they have very successfully co-parented their three daughters. Which makes them a very successful divorced couple! With a happy ending.