Why Ally Sheedy Turned Her Back On Hollywood

Ally Sheedy was one of the brightest, most popular, most in-demand actresses of the 1980s. In a short period, there were starring roles in St Elmo’s Fire, WarGames and – the one that really cemented her legacy as an 80s teen icon, which endures to this day – The Breakfast Club. Then she seemed to disappear.

Having arrived on the scene in the early 80s aged just 21, having made her film debut in 1983’s Bad Boys opposite fellow rising star Sean Penn, by the end of the decade Ally Sheedy, one of the core members of the ‘Brat Pack’, had largely vanished from the spotlight. This is her story. 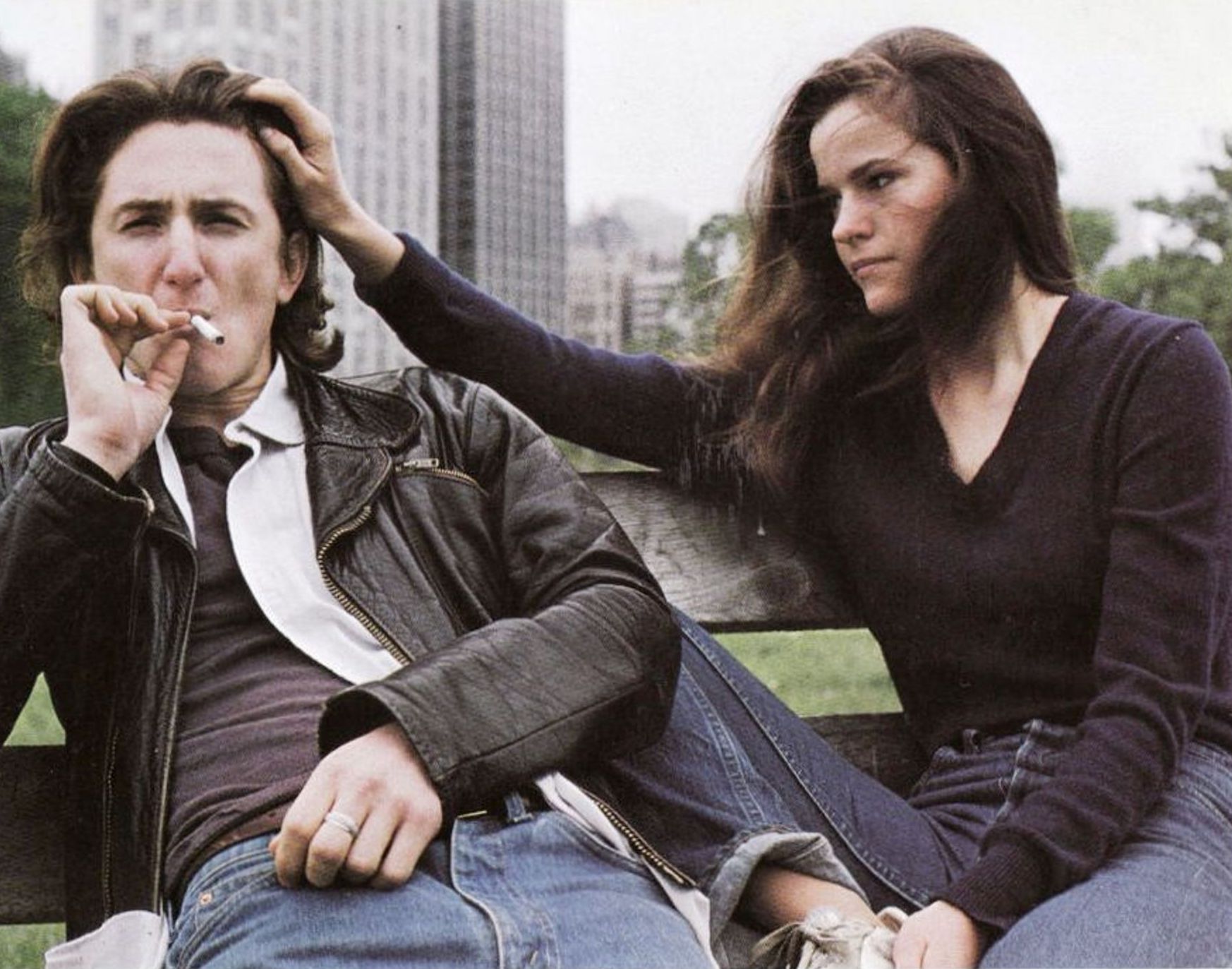 Ally Sheedy was born Alexandra Elizabeth Sheedy, on June 13th 1962 to mother Charlotte, a literary agent and writer, and father John J Sheedy Jr, a Manhattan advertising executive. Ally was born and raised in New York, New York, albeit in a broken home: her parents divorced in 1971, with Charlotte later coming out as gay.

Though Ally began studying dance at the New York City American Ballet Theatre aged 6, by the time she was 12 years old she had come to favour acting and began appearing in local stage productions.

Evidently talented from a young age, at just 12 Ally wrote a children’s book entitled She Was Nice to Mice. Published by McGraw-Hill Education, Nice to Mice became a bestseller, the book making ‘Ally Sheedy’ a name on the cultural scene before she was even a teenager. 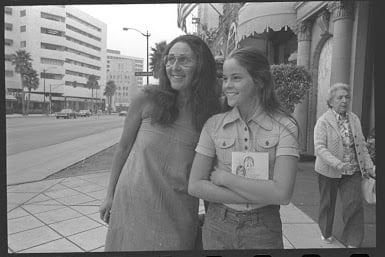 In 1975, aged 13, Sheedy made her screen debut on the TV game show To Tell the Truth. Five years later, she would leave New York City for Los Angeles, enrol in Drama at the University of Southern California and begin appearing on television as an actor on a regular basis.

Beginning in 1981, Sheedy would appear in a number of television movies and episodes of popular dramas including St Elsewhere and Hill Street Blues, before making the leap to film just two years later. In 1983, she appeared in both the prison drama Bad Boys and the Matthew Broderick-starring sci-fi thriller WarGames, the former a critical hit and the latter an Oscar-nominated popular smash which would end up as the fifth highest-grossing film in North America that year.

Sheedy quickly became part of the Hollywood in-crowd – and one crowd in particular. Throughout the 80s, she was labelled as one of a group of actors known as the Brat Pack, which included the likes of Molly Ringwald, Andrew McCarthy, Rob Lowe, Emilio Estevez and Demi Moore. 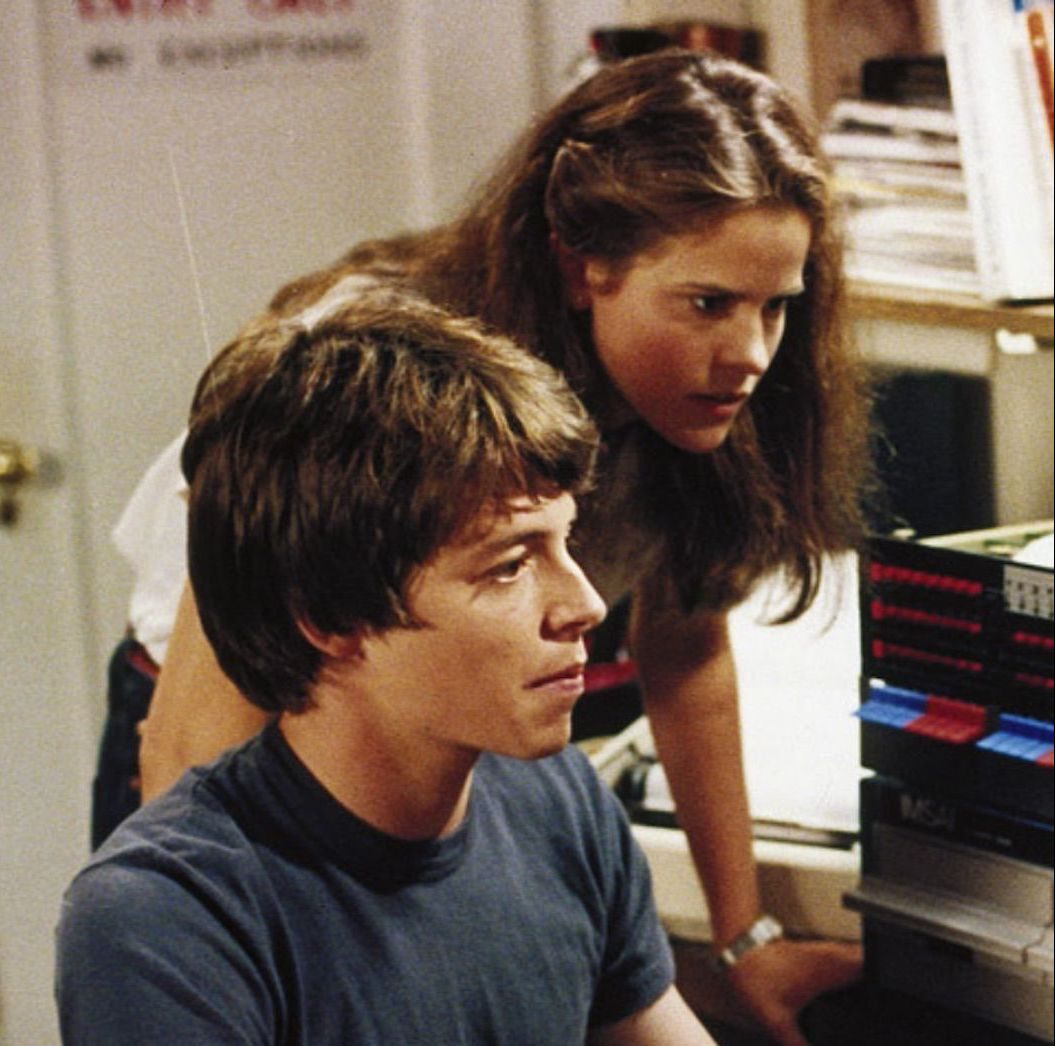 Sheedy and the rest of the Brat Pack would rub shoulders both off and on-screen a number of times, their films together including Oxford Blues (1984), St Elmo’s Fire (1985) and, most famously of all, The Breakfast Club (1985).

John Hughes, writer and director of The Breakfast Club, arguably the greatest Brat Pack movie of them all, had originally wanted Molly Ringwald for the role of Breakfast Club ‘Basket Case’ Allison Reynolds, but decided on Sheedy after Ringwald insisted she play ‘Princess’ Claire Standish instead.

Sheedy was only 22 when Hughes cast her in the role of her career in The Breakfast Club. Still only a couple of years out of acting school, she would arguably reach the peak of her fame playing Allison Reynolds, a high school outcast figure for the ages. Global fame beckoned.

Hughes would work with Sheedy only once more, the director giving her a cameo in 1992’s Home Alone 2: Lost in New York, but The Breakfast Club would regardless give her a reputation as one of the quintessential Hughes actors. 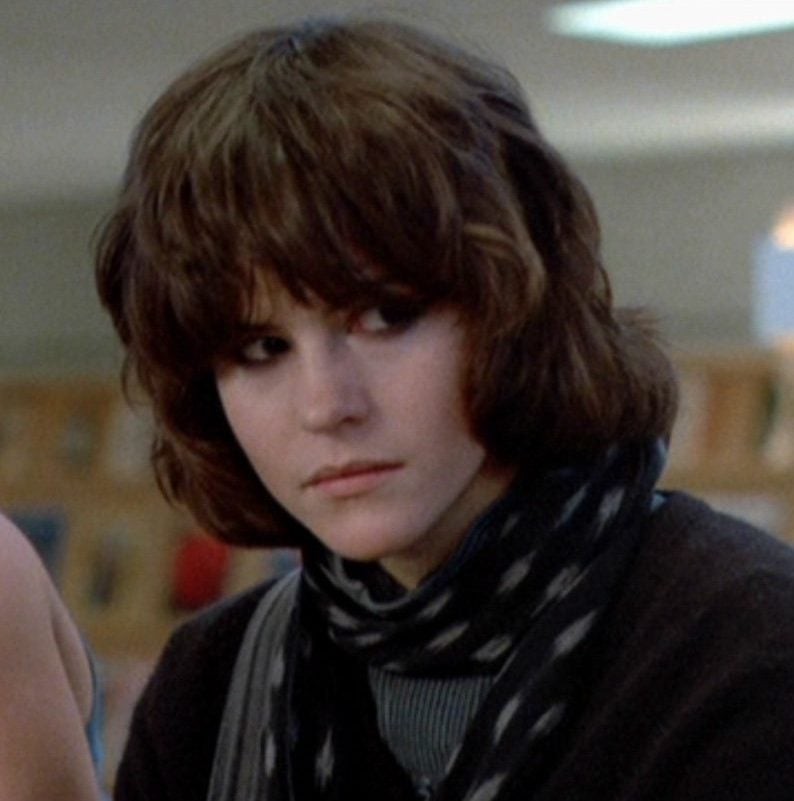 Following two immensely popular teen movies in The Breakfast Club and St. Elmo’s Fire, Sheedy broke off from the Brat Pack and found box office success of her own in 1986 with the sci-fi comedy fan-favourite Short Circuit.

Another leading role followed in 1987’s Maid to Order (she would play spoiled rich kid Jessie Montgomery), a comedy also starring National Lampoon’s Vacation actress Beverly D’Angelo. Sheedy’s acting career seemed to be booming, in short, with the actress on the brink of what looked like superstardom.

Unfortunately, Sheedy wasn’t to know this level of success again. 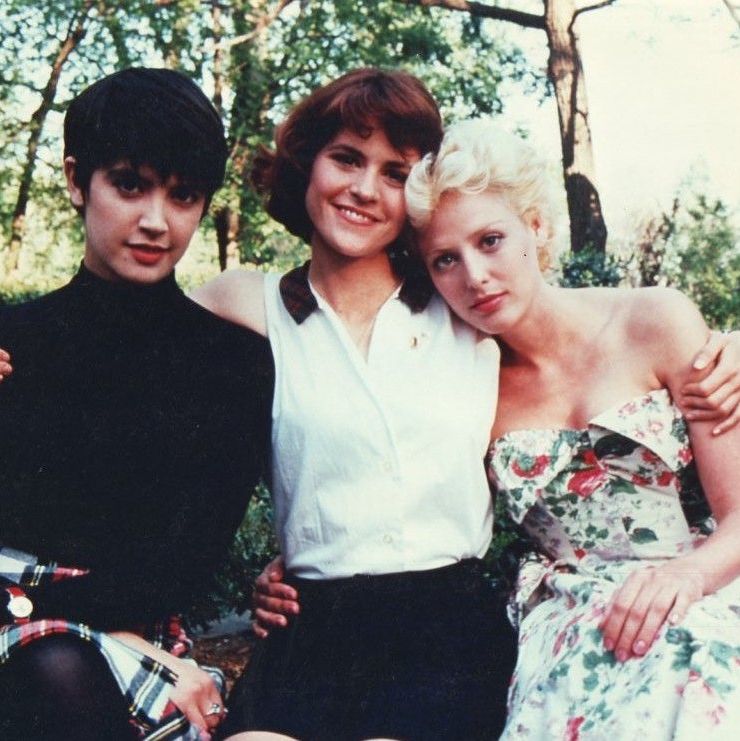 After Maid to Order and a cameo in Short Circuit 2, roles in less successful films followed. In 1989, there was Heart of Dixie, also starring Virginia Madsen and Phoebe Cates, and which saw Sheedy nominated for a Golden Raspberry Award for Worst Actress.

In 1990, there was the romantic comedy Betsy’s Wedding, which again saw Sheedy nominated for a Razzie, this time for Worst Supporting Actress for playing Connie Hopper to Molly Ringwald’s Betsy Hopper (Ringwald was herself nominated for the Worst Actress Razzie).

A particular nadir was the 1990 thriller Fear, which – although originally destined for theatres – instead ended up debuting on TV network Showtime. And then – aside from a supporting role in 1991 John Candy comedy Only the Lonely and a cameo in 1992’s Home Alone 2 – there was…nothing. 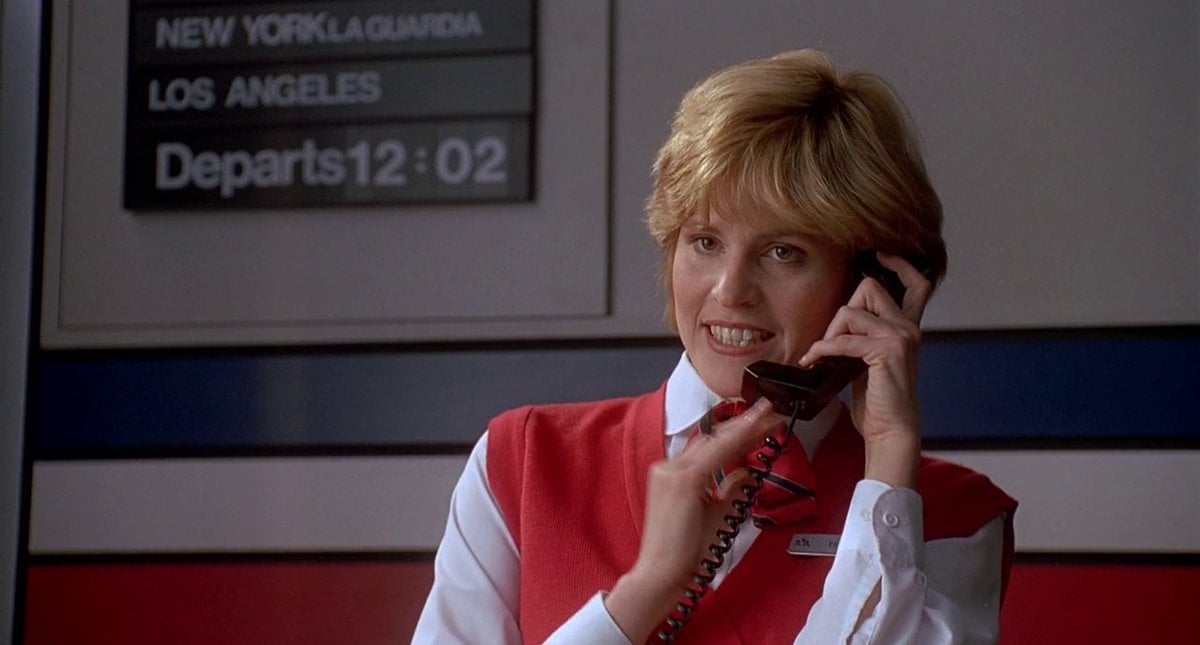 Following her Brat Pack success, though Ally Sheedy seemed to many to have suddenly dropped out of sight, she did in fact continue acting, only in low budget projects rather than the big studio productions she previously signed on for.

Later, in a series of 1998 interviews, Sheedy explained why she turned her back on Hollywood years earlier. It emerged that she had, in her heyday, suffered bulimia and an addiction to the sleeping pill Halcion. It was a difficult time, prompting an intervention from friends including Brat Pack pal Demi Moore, which resulted in Sheedy checking into a substance abuse treatment centre. 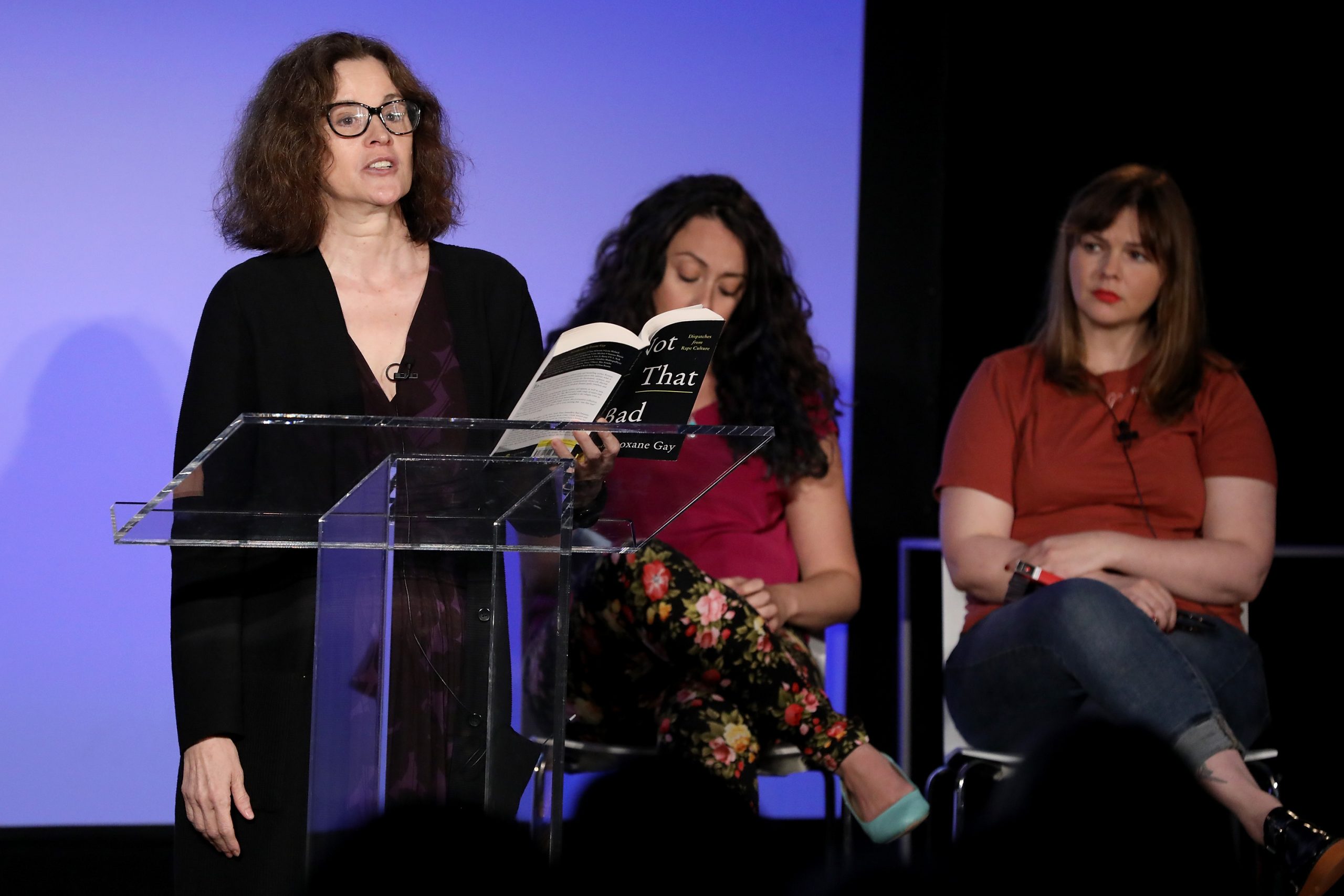 In addition to her personal issues, after a series of flops in the late 80s and early 90s, Sheedy found doors began to close, and the actress wasn’t prepared to change who she was simply in order to claw back some “heat”.

There was the problem of Sheedy figuring out what kind of actor she wanted to be. Being a movie star meant she would only be allowed to do a certain type of script, would be forced to change her appearance and, as Sheedy herself put it, “kiss a lot of a**”.

“It wasn’t an option for me. I wasn’t going to do any of those things. I’d done enough ‘nice’ and ‘cute’ and ‘girl next door’. It was all so superficial, bubbly and bland and I didn’t want to do it anymore. At any price.” 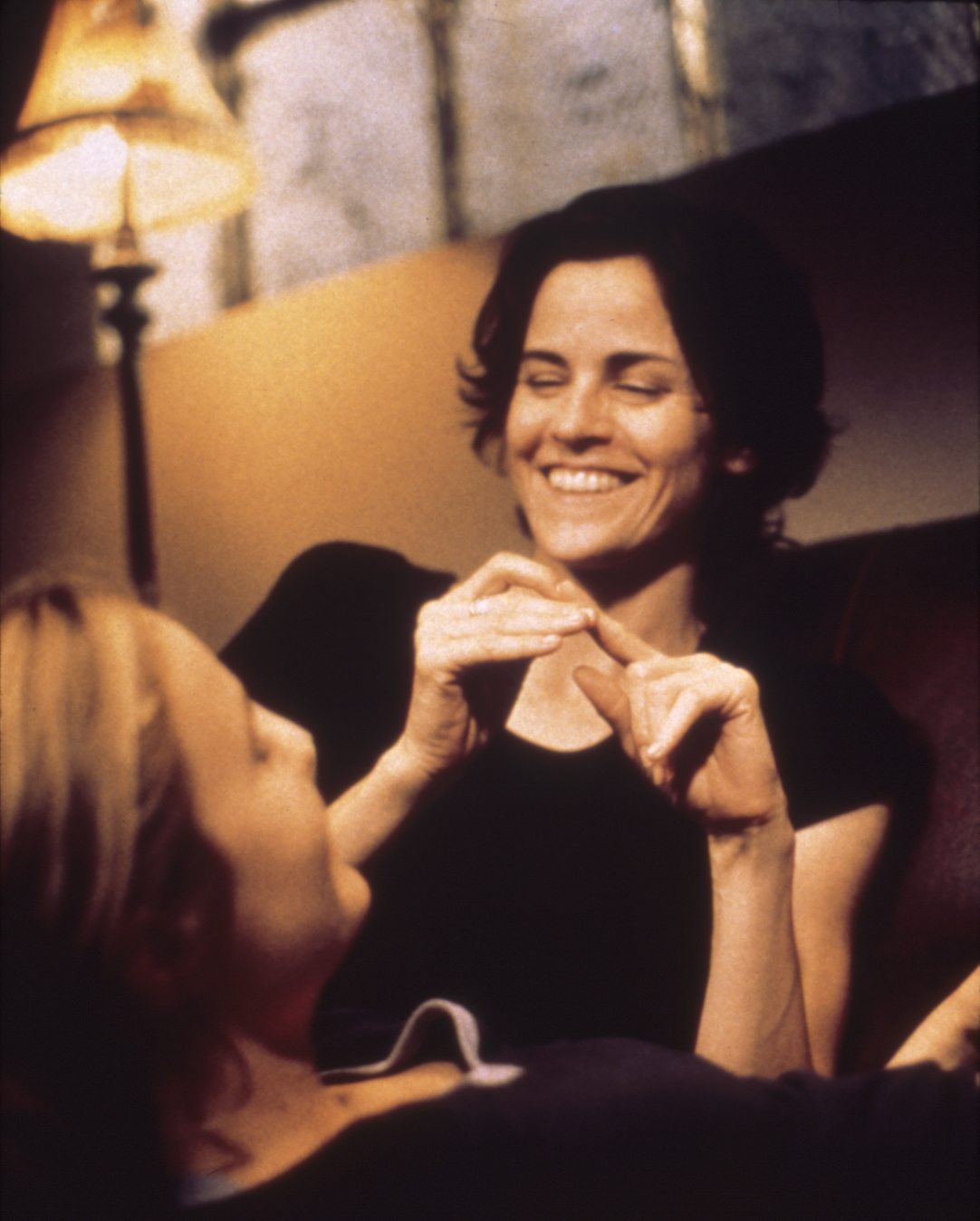 The result was a lot of doors closed in Hollywood for Sheedy. After being dropped by her agent, she decided to leave LA, and move back to New York City where it all first began.

Back in New York, the actress could become a star of independent film in the likes of 1998’s acclaimed High Art; “I may be poor, but I’m happy”, she said the year of the release of that picture, which won her an Independent Spirit Award for Best Female Lead.

More recently, Sheedy appeared in 2016’s acclaimed dark comedy Little Sister, playing Joani Lunsford, mother to the film’s title character. She also once again tasted mainstream fame with a cameo in the 2016 blockbuster X-Men: Apocalypse and in an episode of the Showtime comedy SMILF. Regardless, today Sheedy prefers to work in the New York theatre over courting celebrity. 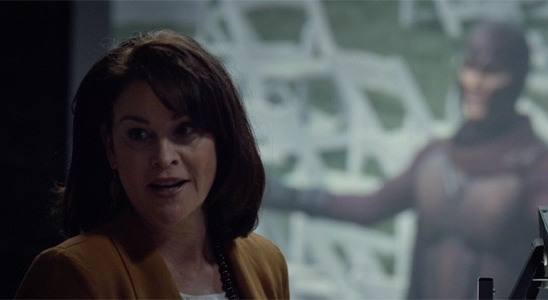 In 1989, Sheedy dated Bon Jovi‘s Richie Sambora, whom she blamed for her subsequent addiction to Halcion and trip to rehab. About Sambora, Sheedy later said: “He’s still alive, I believe. Unfortunately”.

Happily, Sheedy moved on, and in 1992 went on to marry David Lansbury, nephew of the legendary Angela Lansbury. Although Sheedy and Lansbury eventually divorced in 2008, the pair did have one child together in 1994, a daughter. Born Rebecca Lansbury, Sheedy’s child now identifies as male and goes by Beckett Lansbury.

Today, mother and son remain close, with Beckett often posting images of himself and mom Ally together on social media. 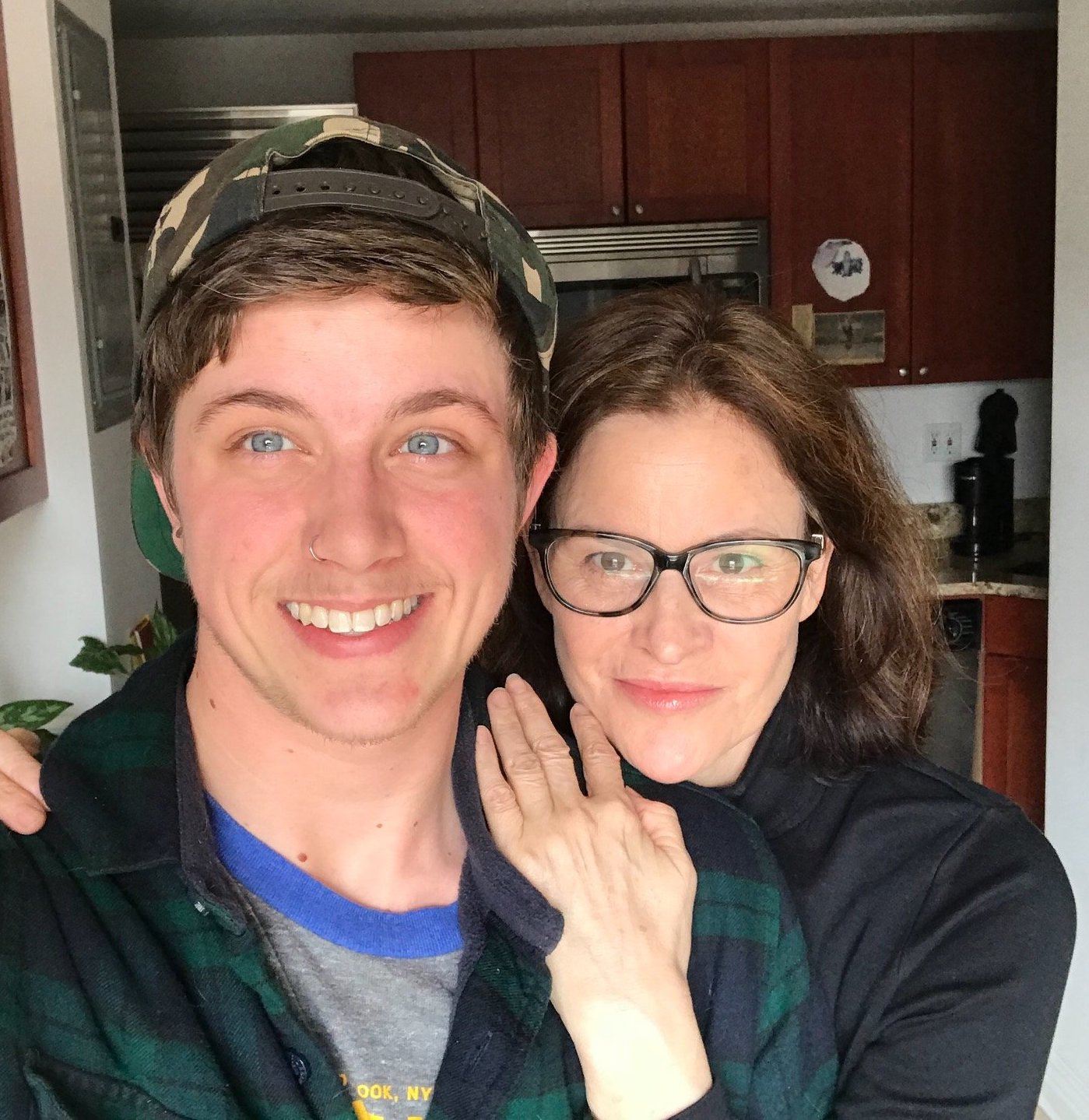 Sheedy doesn’t completely shy away from the spotlight today: Three decades after her Brat Pack heyday, in the #MeToo era, Sheedy has become vocal once more, taking to Twitter to call out both James Franco and Christian Slater for sexually inappropriate behaviour in 2018.

Her comments echoed those she made in a previous interview from 1994, in which Sheedy condemned the film industry for the way it positions actresses as sex objects:

“I’m so sick that women have to live in this sexual ‘ghetto’ to be successful. They prostitute themselves. Why does Julia Roberts have to play the type of part she played in Pretty Woman? To make guys want to touch her. To me that’s so disgusting and dangerous, and I would never want my daughter to see it.” 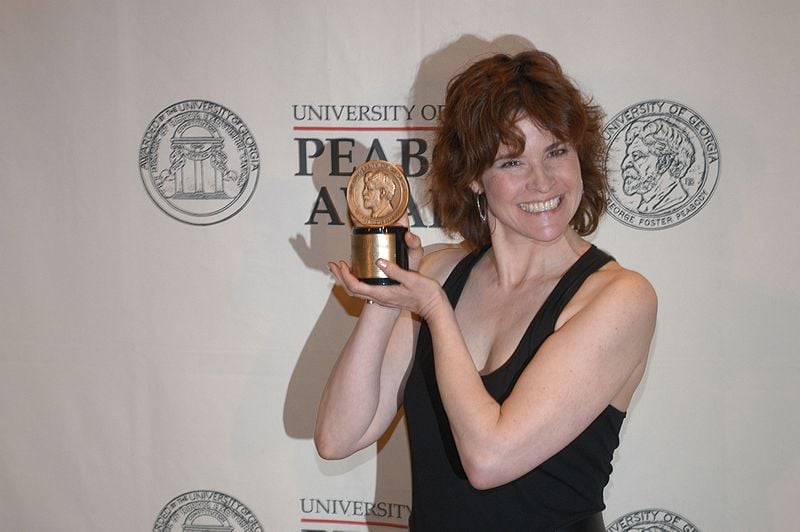 With Hollywood already in her rearview mirror even then, Sheedy concluded the 1994 interview with: “Right now, I certainly don’t need Hollywood. I enjoy just playing a mother with all the other mothers in the park. That’s what I call a real buzz!”

Having simply refused to become what the studios demanded in the Brat Pack era, Sheedy is now 58, living in New York City, and still acting – albeit on her own terms.