From 1992 to 1993, Ted Danson and Whoopi Goldberg were briefly an item. This union in itself caused a bit of a stir, with the affair contributing to Danson’s divorce from his second wife, Cassandra Coates. Danson really kicked the hornet’s nest, however, with his appearance at a 1993 comedy roast in honour of Goldberg.

The event at New York’s Friar’s Club, attended by an audience of 3,000 including many prominent African-American celebrities, saw the former Cheers star take to the stage in blackface, performing a stand-up routine riddled with racist jokes and offensive slurs. Danson was criticised, but – in stark contrast to how such matters are dealt with today – the furore quickly died down. Most strikingly, one of Danson’s fiercest defenders was none other than Goldberg herself. 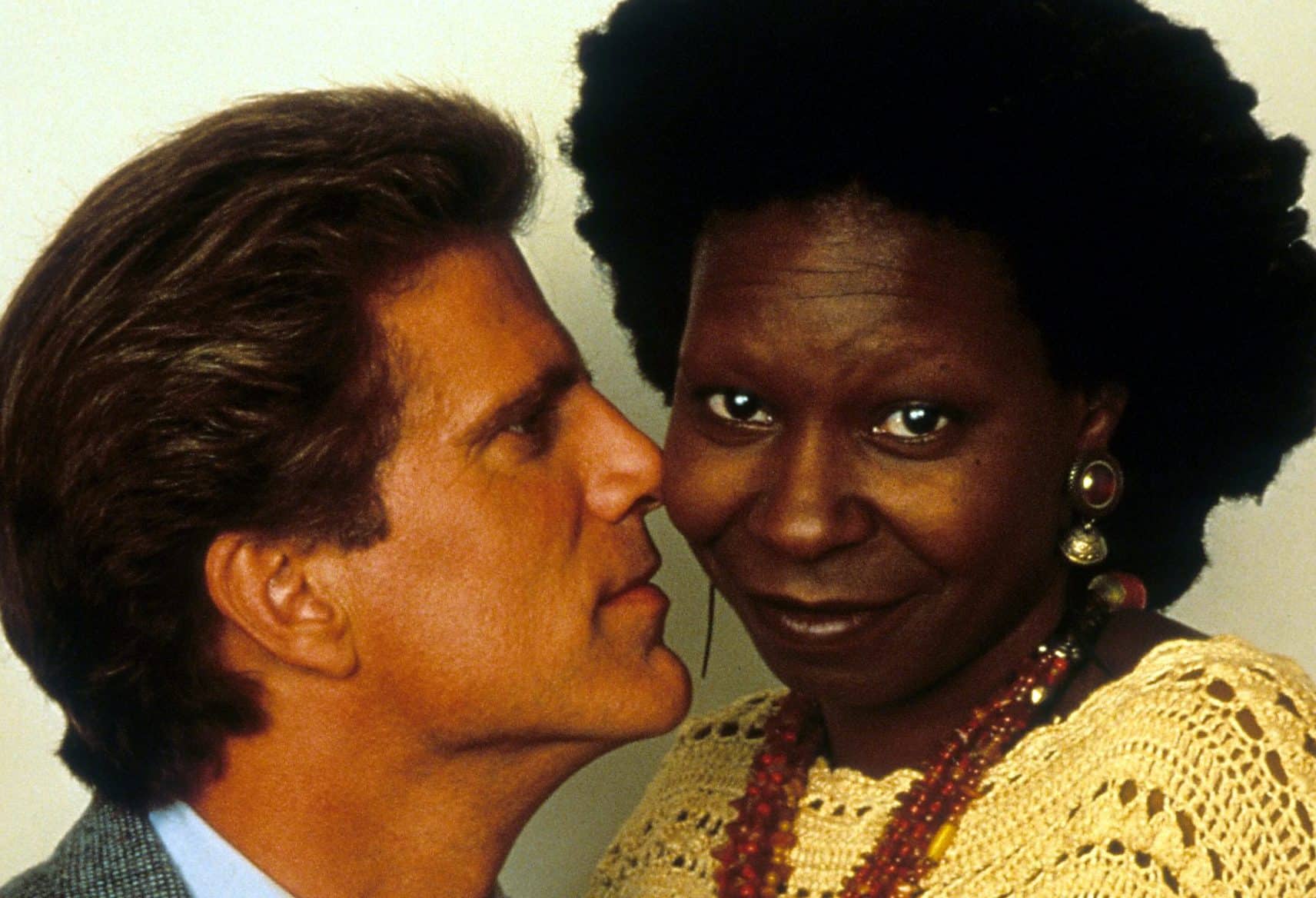 Ted Danson and Whoopi Goldberg first met in 1988, when both appeared as guests on the late-night talk show hosted by Arsenio Hall. Both were married at the time – Danson to environmentalist Cassandra Coates, Goldberg to cinematographer David Claessen – yet there was an immediate chemistry between the two.

In a 1993 interview, Danson recalled Arsenio Hall talking “about how male comedians can be good-looking and funny but how women can’t be good-looking and funny” – inferring that noted comedian Goldberg, who was due to be interviewed next, was not physically attractive. Danson was having none of this. “I decided to nail this guy. I said, ‘You’re wrong; here comes a very sexy and very funny lady.'”

Goldberg said of Danson’s comment, “I can tell you I floated out to that couch. This was actually the first time that anyone had intimated publicly that I was very feminine, very pretty and womanlike…It was like, ‘Whoa, thanks, how come you’re not the head of a studio?’ Then Ted said, ‘I’d like to work with you.'” 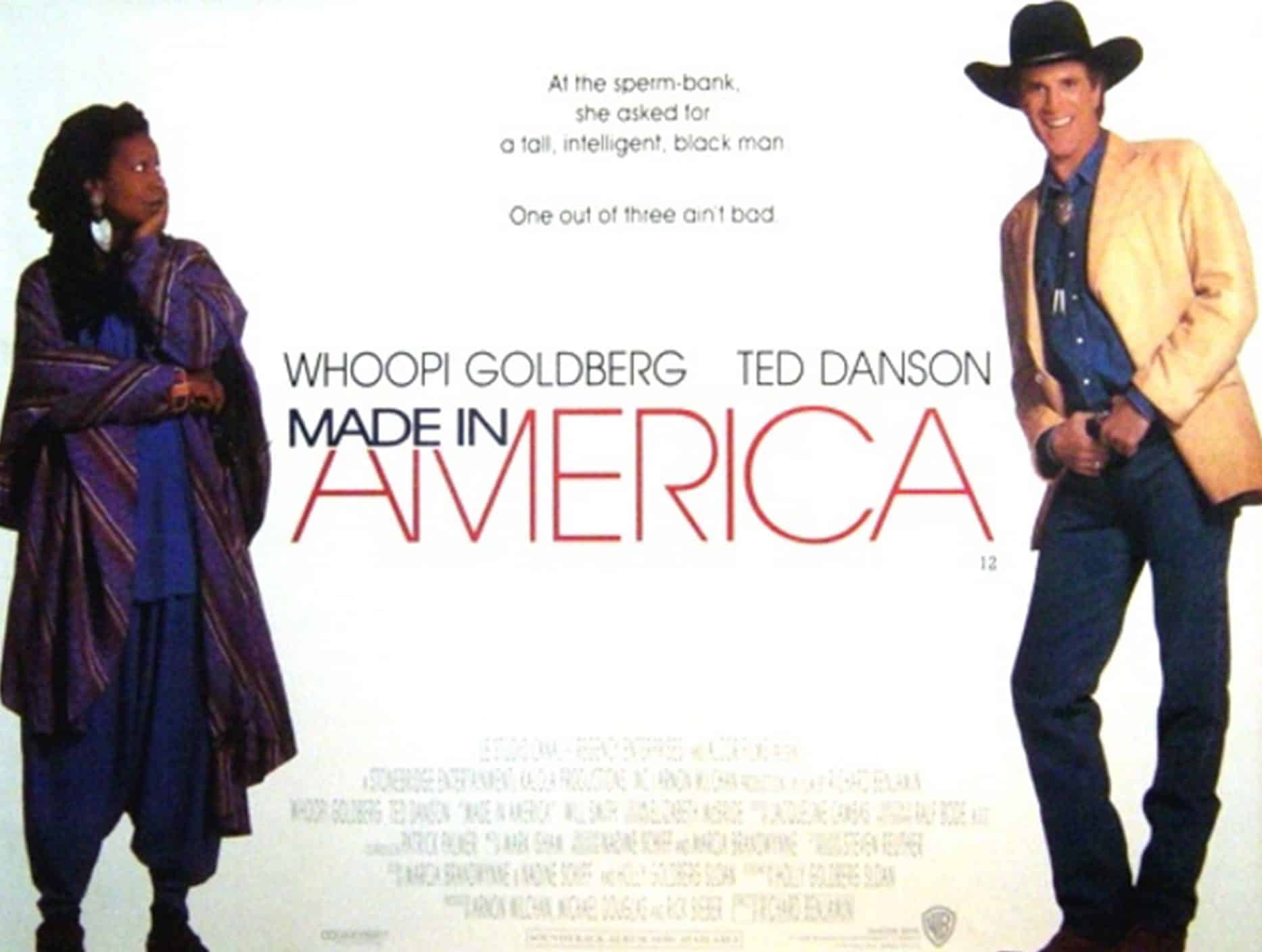 It wouldn’t be until four years after this first meeting that Goldberg (by then an Oscar winner for Ghost) would work with Danson, on the comedy Made in America. Released in 1993, the film stars Danson as a dim-witted car salesman who, having donated sperm to a clinic many years earlier, turns out to be the father of Goldberg’s daughter.

Produced by Michael Douglas and boasting an early film appearance from Will Smith, Made in America attracted poor reviews but proved a box office hit. However, much of the comedy’s publicity owed less to the film itself than media interest in the relationship that Goldberg and Danson began on the set – not least as it came prior to Danson’s divorce from Coates.

Off the back of Cheers and Three Men and a Baby, Danson was at the time a major heartthrob. Many eyebrows were raised at the idea of a romance with Goldberg, not only as she was deemed less conventionally attractive, but also as interracial relationships were not so readily accepted at the time. This motivated Danson to publicly comment on racial attitudes of the era in tribute to his then-girlfriend, albeit in a way many would think ill-advised. 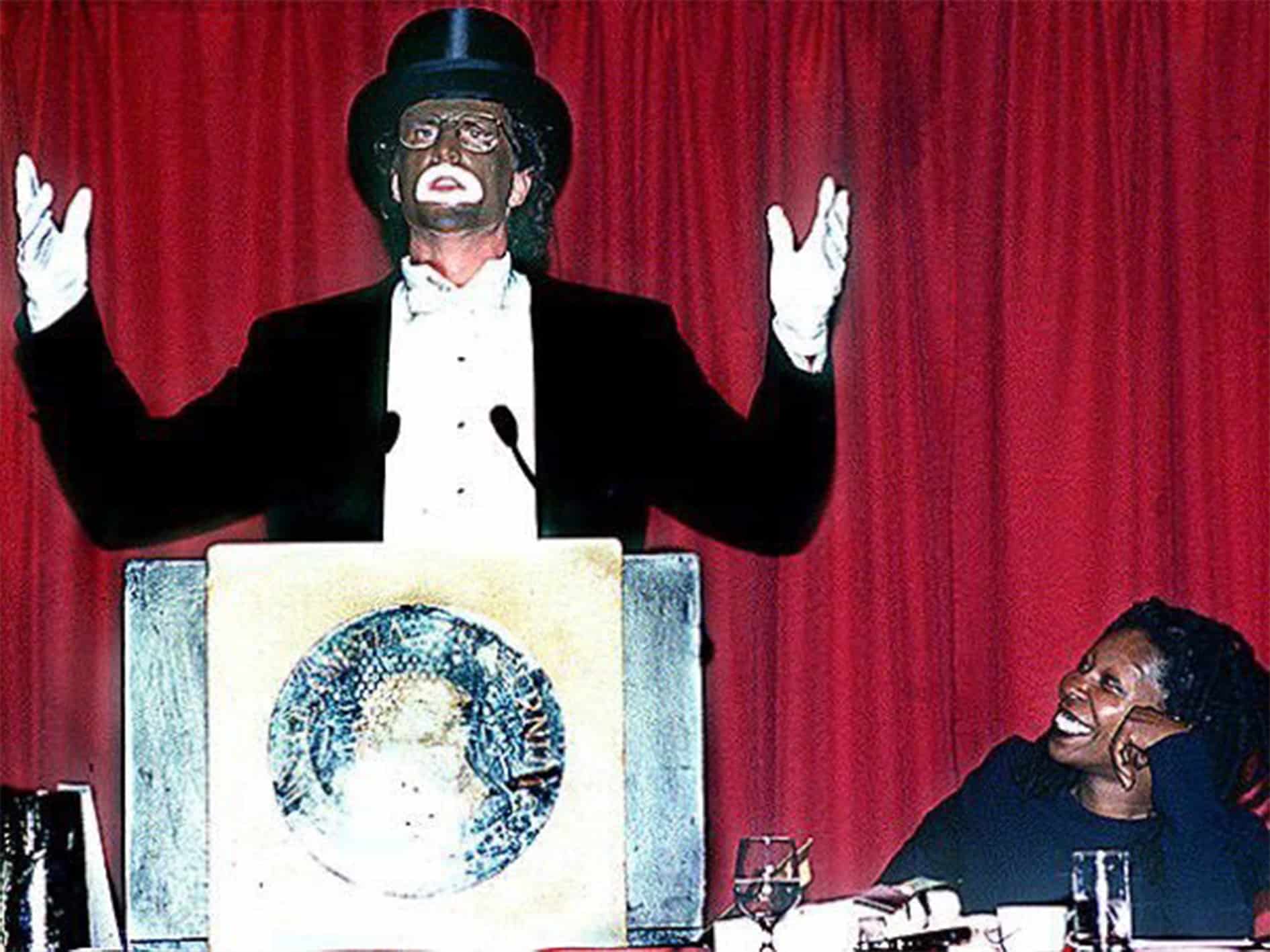 Today, blackface – the practice of white people donning makeup to perform caricatures of black people – is considered hugely offensive, and prominent figures who have engaged in it are often called out for doing so. In decades gone by, however, big name stars thought nothing of it: Fred Astaire, Frank Sinatra, Mickey Rooney and Judy Garland are just a few of the screen icons who donned blackface.

Though it had largely fallen out of fashion by the late 70s and 80s, blackface was still occasionally deployed by Hollywood, often in an attempt to make a comment on race relations. Gene Wilder and Richard Pryor movie Silver Streak features a scene in which Wilder dons blackface, while Dan Aykroyd follows suit opposite Eddie Murphy in Trading Places.

Where previous generations saw no harm in blackface, the more politically conscious humorists of the late 20th century onwards recognised that it was offensive – and continued to embrace it with that in mind. White British comedian Harry Enfield, who controversially impersonated Nelson Mandela in 2007, defended doing so on the grounds that he considered it “so wrong it was right.” 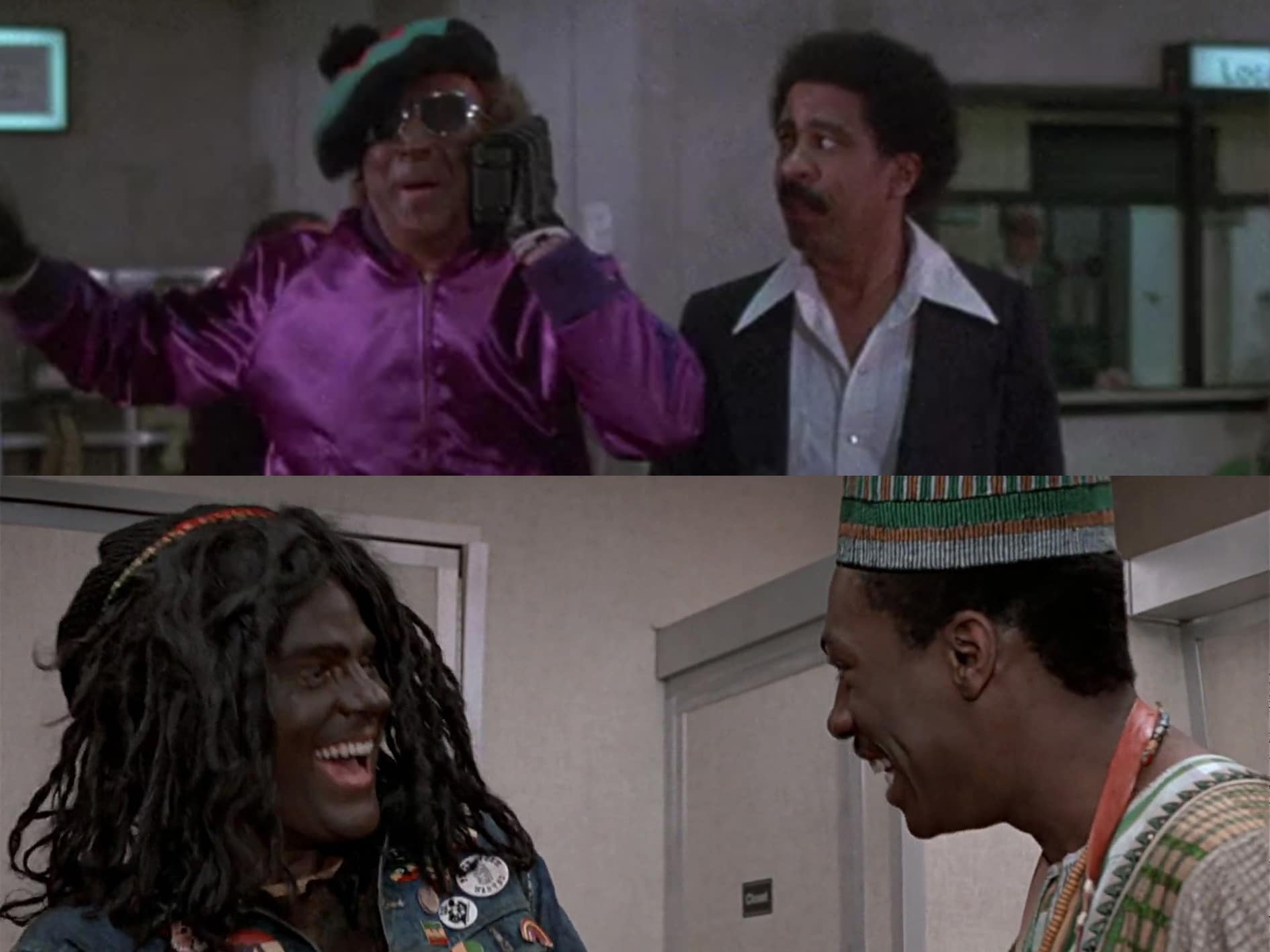 Historically, comedy roasts at such venues as The Friars Club (a members-only New York nightclub catering primarily to comedians and celebrities) have been built around deliberately offensive humour, with participants encouraged to push the boat out as far as possible. Danson, it seems, was determined to do just that when he took to the stage in full Al Jolson-esque costume and makeup at the Goldberg roast.

A report of the time stated that Danson “stunned his audience with a racial-slur-laden monologue that, for good measure, also touched on oral sex… and Whoopi’s intimate physical characteristics.” The routine is said to have ended with Danson “eating from a tray of watermelon.”

While no recording was made of the roast, there is video footage of a visibly nervous Danson speaking to reporters immediately before the event. The actor (who, despite working in comedy, had no experience in stand-up) said he was performing at Goldberg’s roast “because she asked me to,” noting “it seemed like a good idea at the time.” He also declined to give the press any preview of his performance, remarking, “my career would end.” 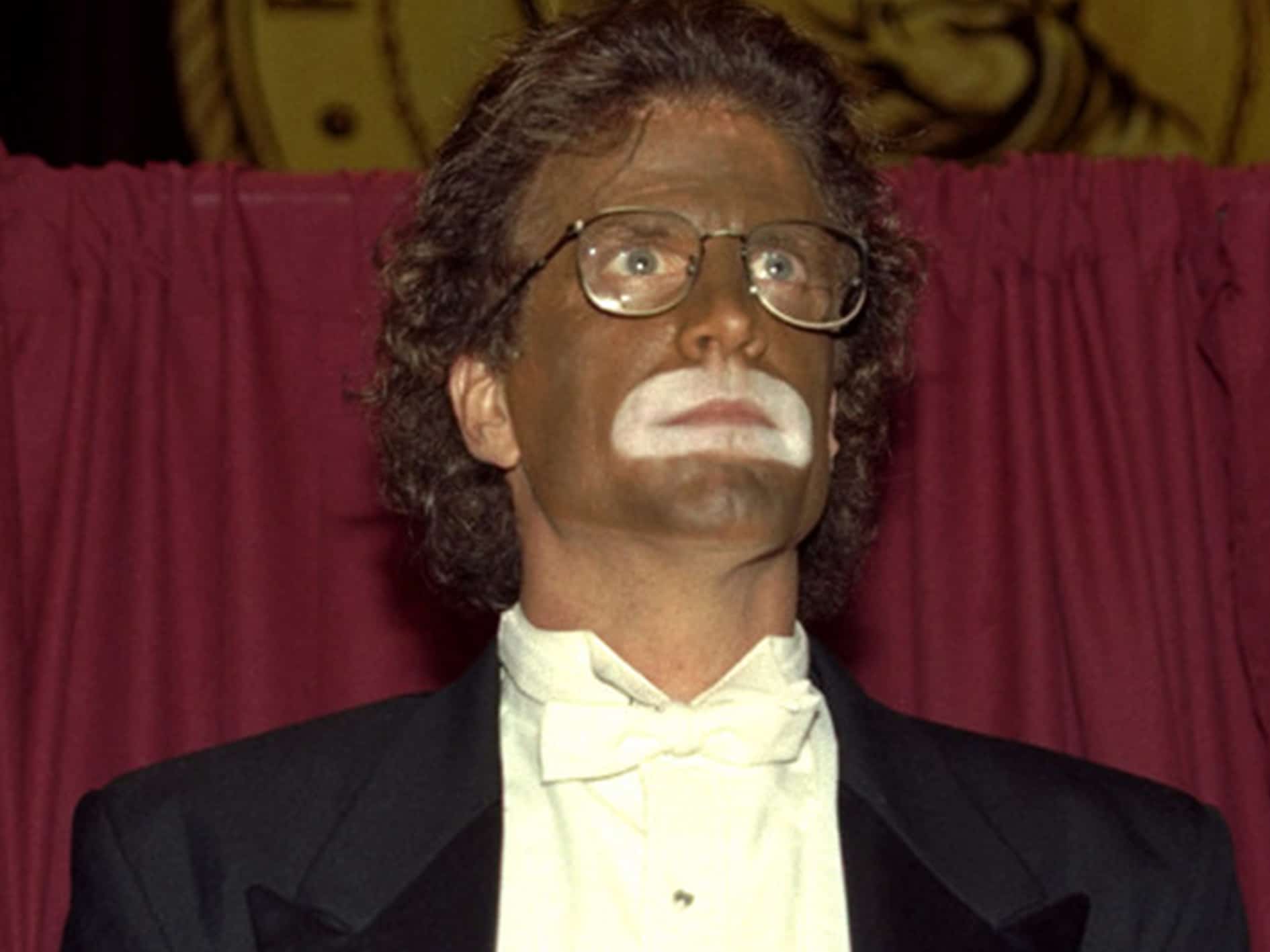 Danson’s performance was met with a largely negative reaction. While Goldberg herself seemed delighted, some members of the audience – which, according to Slate, included such prominent black celebrities as Halle Berry, RuPaul, Vanessa Williams, Mr. T and New York mayor David Dinkins – were not amused. One black attendee, talk show host Montel Williams, walked out and resigned from the Friars Club shortly thereafter, publicly stating, “Some may find this brand of so-called humor funny. I do not.”

White attendees also took umbrage with Danson, with Matthew Modine calling the routine “totally offensive.” Film critic Roger Ebert, while acknowledging that Friars Club roasts were “traditionally raucous and obscene,” felt that “the specter of a white man in blackface repeatedly using the word “n***er” and other strongly coded words seemed to cross a line… [Goldberg] has used her entire career to try to break down racial stereotyping, and in encouraging Danson’s approach she may have thought it would play as satire. But, as stand-up comics say when their material isn’t working, he was dying up there.”

Indeed, Goldberg herself (who according to comedian-actor Kevin Pollak was “in hysterics” throughout) had nothing but praise for Danson. That very evening she defended Danson from boos, declaring on stage, “It takes a lot of courage to come out in blackface in front of 3,000 [people]. I don’t care if you don’t like it. I do!” 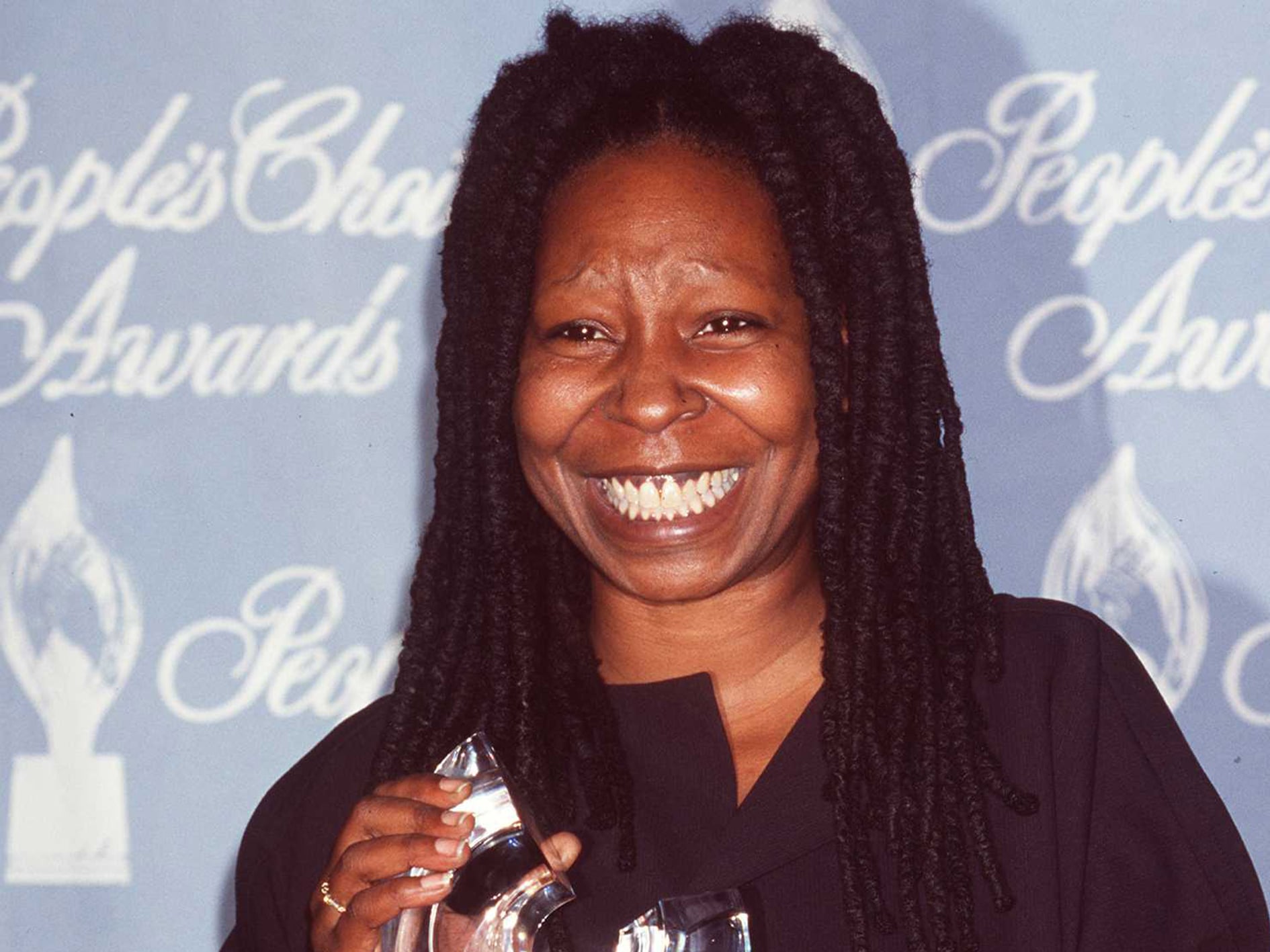 Speaking to People, Goldberg argued Danson’s routine was an oblique remark on the racism of the time – which, as interracial lovers, they faced directly. “We are a zebra couple. We get mail every day from people calling Ted a n***er lover. That’s what we live with, and it’s the context for the jokes and blackface.”

In addition, Goldberg stressed that she herself had written a portion of the jokes Danson delivered, and personally hired the makeup artist who applied his blackface. As she later informed the New York Times, “Whoopi has never been about political correctness.”

True enough, Goldberg’s stage and screen persona does not have the most politically correct origins. Born Caryn Johnson, she adopted the name Whoopi in homage to joke shop staple the whoopee cushion, and the surname Goldberg as, according to some accounts, her mother told her she needed a Jewish-sounding name in order to get famous. 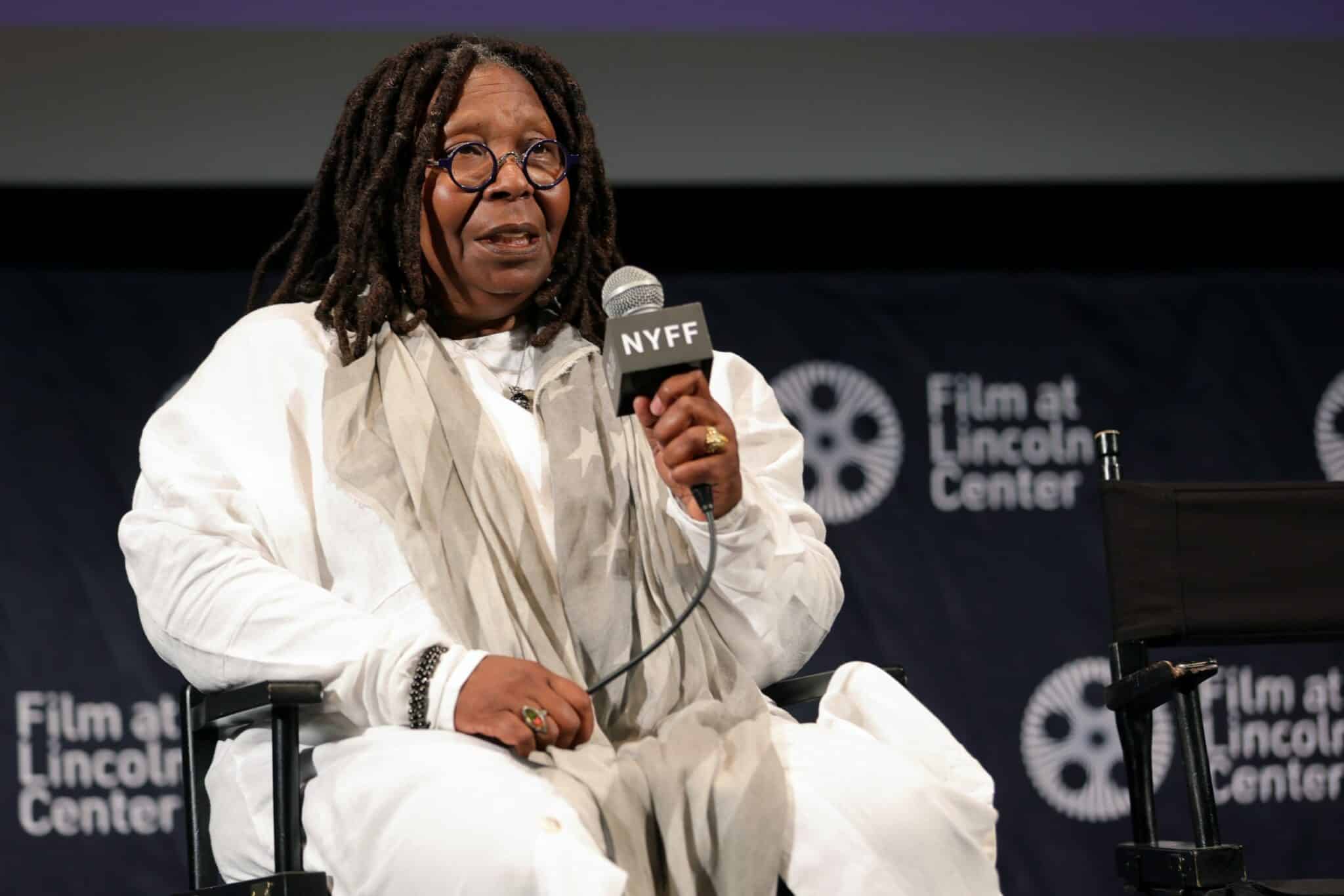 In more recent years, Goldberg has attracted more than her share of outrage for expressing controversial views, particularly in her time as a co-host on talk panel show The View. While on the show, she defended Roman Polanski over his statutory rape charges, defended Mel Gibson over claims of being racist, and denied that the Holocaust was racially motivated.

These remarks have tarnished Goldberg’s image in the eyes of many – yet today, Danson’s own shadowy past seems all but forgotten. After a brief spurt of negative press back in 1993, the Friars Club incident soon faded into the background without any real detriment to Danson’s career. In the days before social media, such outrage stories tended not to have quite the same longevity or lasting impact.

Danson and Goldberg, however, were not to last, and officially announced their break-up within a month of the show. Accounts vary on what happened: Danson has since stated that they had already parted ways prior to the roast, whilst some gossip columns suggested that the actor had been pressured by his parents into breaking up with Goldberg. 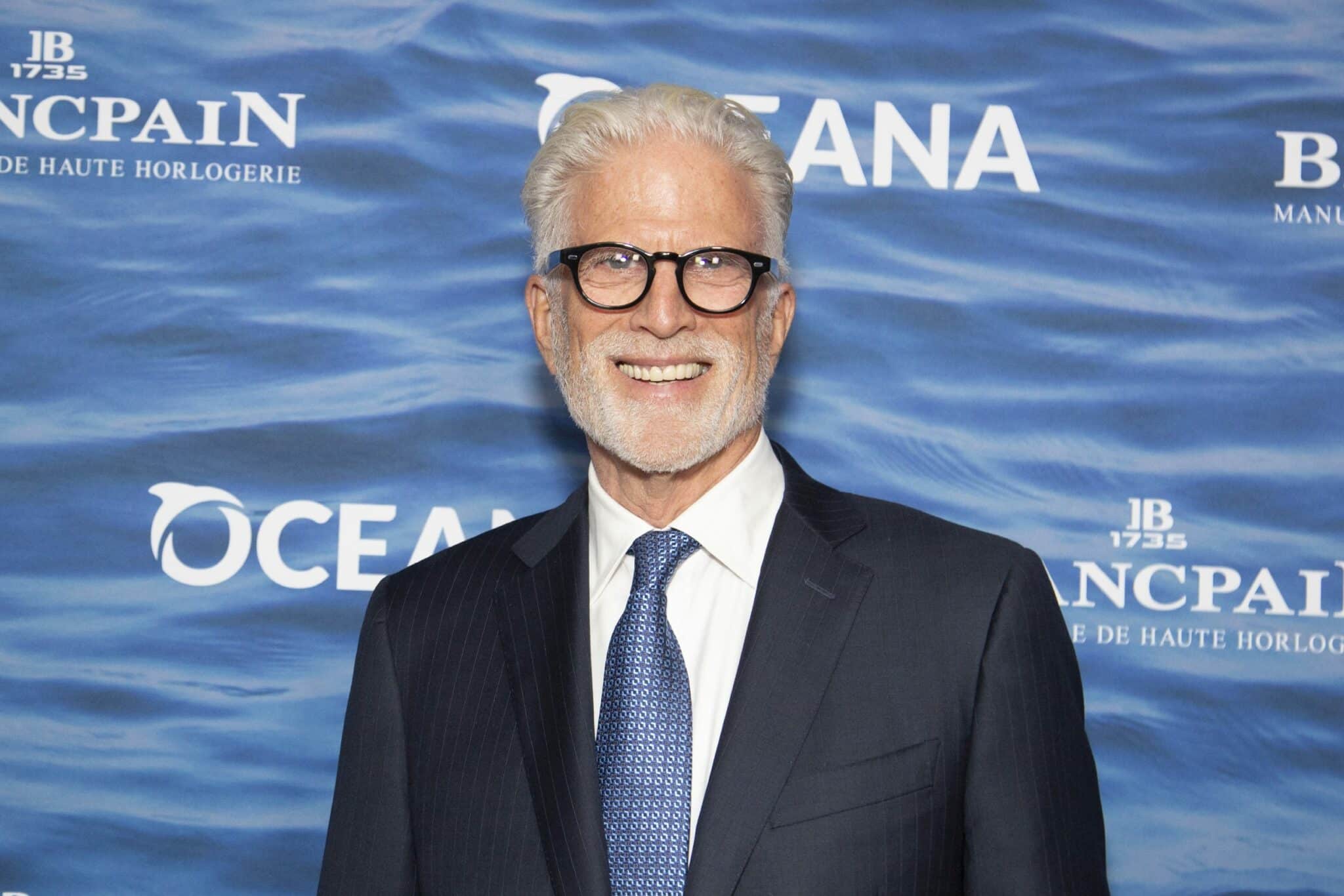 Not long after ending things with Goldberg, Danson met actress Mary Steenburgen, whom he wed in 1995 and remains with today. Goldberg, meanwhile, was briefly married to actor Lyle Trachtenberg from 1994 to 1995, and later dated Frank Langella. She is reported to be single today.

Reflecting on the Friars Club event in 2009, Danson was remorseful, calling it “a graceless moment in my life,” and lamenting his own “stupidity… the lack of thought, to stand up and go, I’m now going to do race material and think that it would not draw a lot of heat was stupid on my part.“

Danson has avoided any public comments about the relationship since its end. Goldberg, however, has spoken more openly of their break-up, declaring, “It was really painful, and it was very public. And the loss of his friendship hurts a great deal. We can never go and have a soda, anywhere… I’m friends with almost every man I’ve gone out with, except this man.”