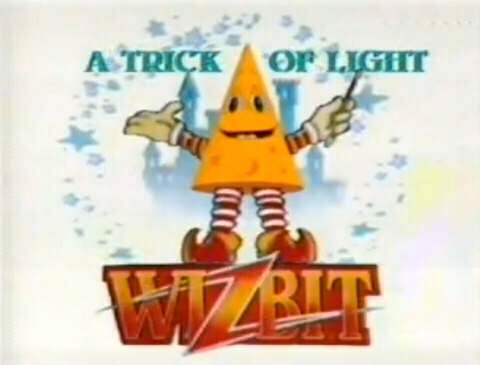 What an awesome show Wizbit was! Wizbit who came from the planet WOW, can you remember what WOW stood for? I’ll tell you World Of Wizards. Wizbit looked like a yellow cone shaped wizards hat, he used the magic word of Ostagazuzulum, try saying that after a few drinks!

Wizbit had left the planet WOW and was living in the town of Puzzleopolis. With missions to find out about planet Earth. 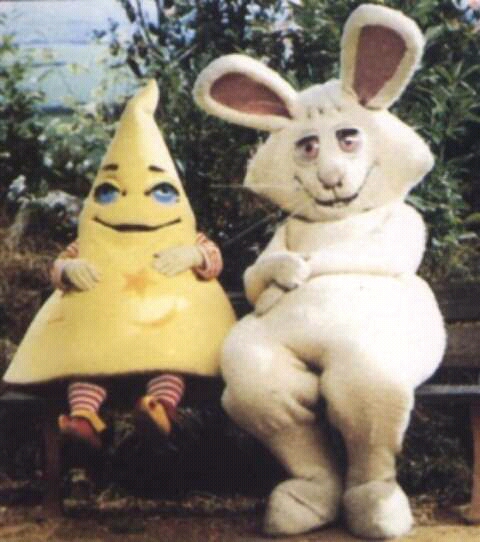 Wizbits best friend was Wooly an eight foot tall white rabbit, who also lived in the town of Puzzleopolis. It was one very magical town with residents of walking and talking magic wands, sponge balls, playing cards, dices. It was a town where puzzles must be solved. 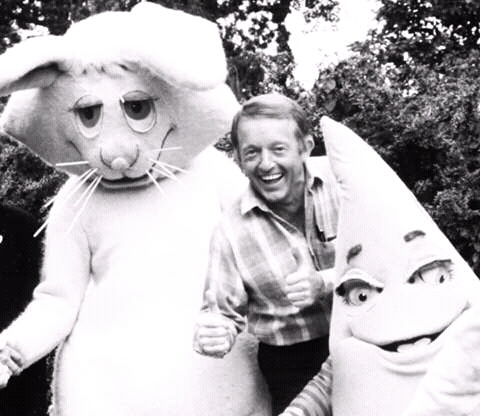 The show came from the imagination of Barry Murray, the late, great magician, Paul Daniels and his wife the lovely Debbie McGee. Paul did appear in the show as himself, he owned the town Theatre, where he did magic tricks and set puzzles. 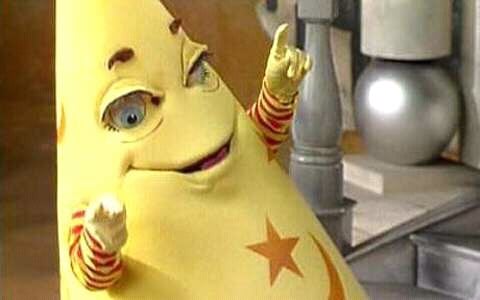 The 1980’s children’s programme first aired on the BBC in January 1986 until February 1988, with a total of twenty seven episodes. The show was partly educational with the puzzles which you could attempt to solve. The answer(s) were given towards the end of the programme, and yes, it was always a fabulous feeling when you got it correct! Oh yes! 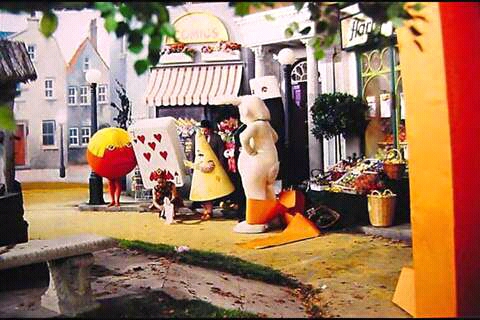 Also in Puzzleopolis lived Squidy Bob, a purple swamp monster. There was the Gate Keeper, played by Vicky Licorish. The Gate Keeper guarded to gates of Puzzleopolis and she simply refused to let anyone in until the riddle which she set was solved. 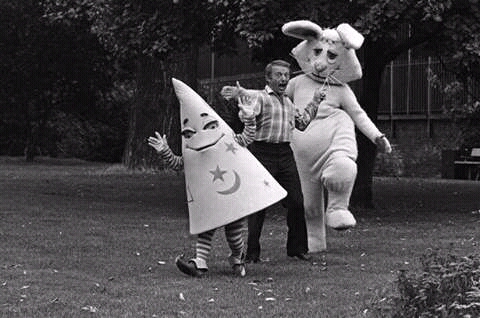 Naturally the show had its villains! Here it was Professor Doom a sinister genius, who lived in a Castle with his cat, Jinx. 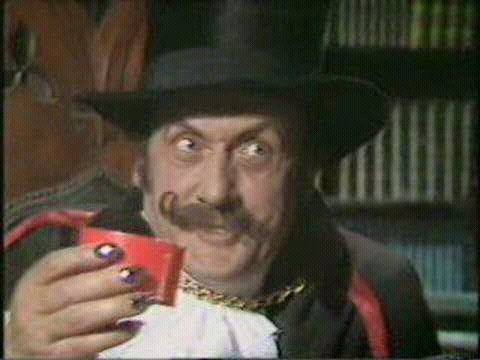 Professor Doom generated an evil version of Wizbit, which was called Wozbit. 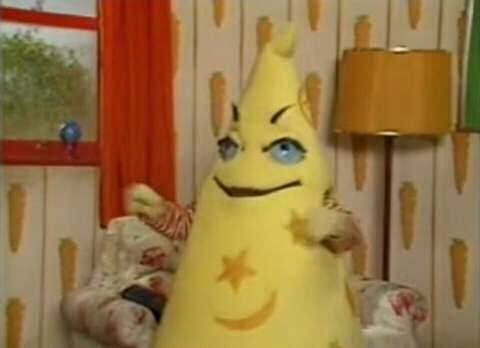 Not forgetting Madame Martinka, the fortune teller. Grocer Green and the fabulous Pierre Oh, the incredible mime artist! Who was a favourite of many eighties kids! 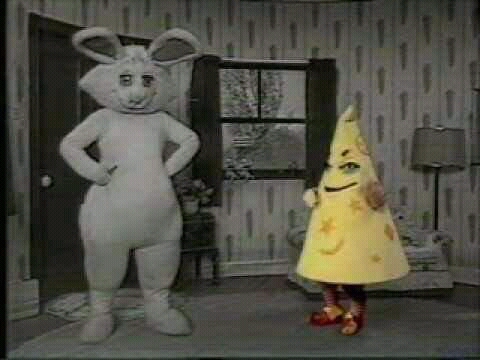 Yes Wizbit did indeed have one of those classic 1980’s theme tunes! It wasn’t quite Fraggle Rock standard, but it was way up there! But let’s face it the Fraggle Rock theme tune sets the bar very high! Its in a league of its own! 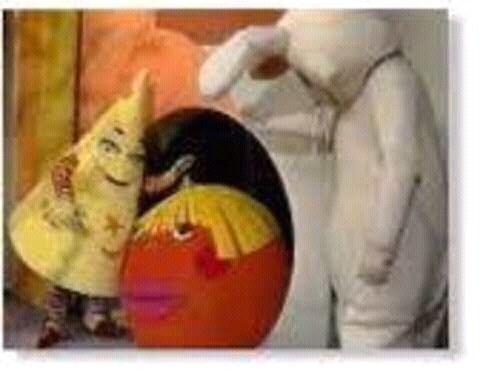 A reboot of Wizbit was in development between 2007 and 2010. But it was never released. Fabulous, why attempt to recreate a classic show? Surely the original Wizbit episodes would be thoroughly enjoyed by the children of today too, and I am sure a few eighties kids would catch a couple of episodes! Ha ha! 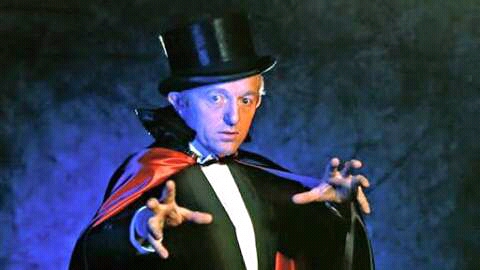 For an eighties kid Paul Daniels was a part of their childhood, with The Paul Daniels Magic Show as a fixture of our Saturday night viewing. The show ran from 1979 to 1994. With the lovely Debbie McGee as Paul’s assistant. They met in May 1979, when they worked together for the first time at a Summer season in Great Yarmouth. Paul was fifty and Debbie was thirty. They had a truly genuine love for each other, there is the Mrs Merton joke of what first attracted Debbie McGee to the millionaire Paul Daniels! But when they met Paul had nothing, and his career at that point was not successful.

Paul was born in Middlesbrough in 1938. He became a full time magician in 1969, when he did a summer season in Newquay. In 1970 Paul appeared on the popular talent show Opportunity Knocks which was his TV debut. He came second place. 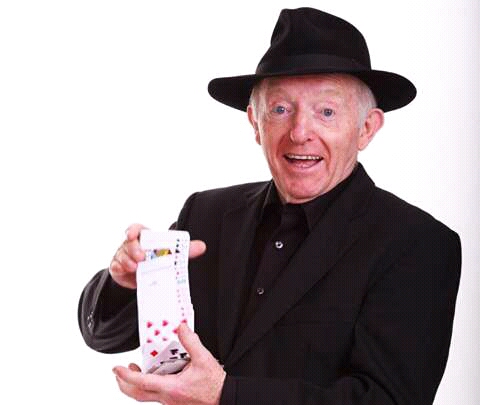 Who recalls the live Halloween special of the Paul Daniels Magic Show in 1987?! It was quite unforgettable, Paul was in an iron type cage and he only had so long to get out before the spiked iron doors slammed shut. Paul didn’t get out in time, the doors slammed shut, the credits rolled with no music.

We were led to believe the trick had gone wrong and Paul had been killed. However later on it was broadcast that Paul had escaped! Yep an eighties kid remembers stuff like that!