Who Remembers The Witch Mountain Films? 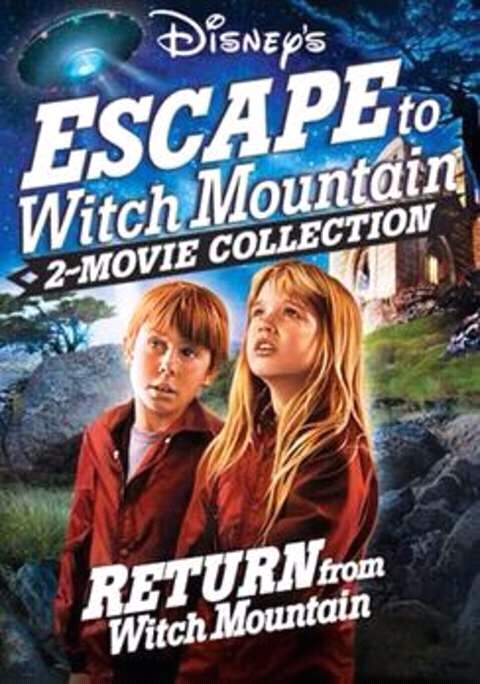 The witch mountain films, the first two films Escape To Witch Mountain and Return From Witch Mountain, though made in the seventies, they were hugely popular with eighties kids. Probably as the release of Return To Witch Mountain on VHS came out in 1986, so it was the perfect children’s film to rent out from the video shop! 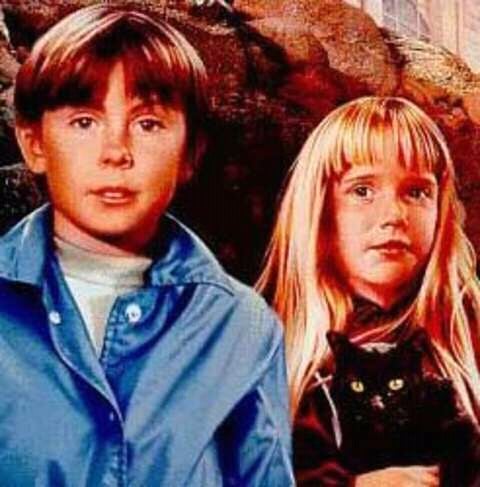 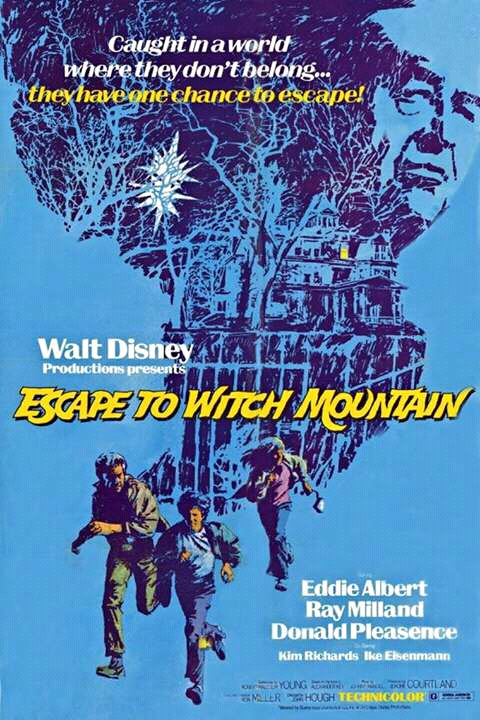 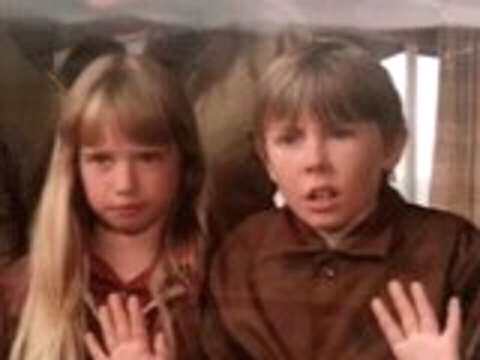 Two orphaned siblings, Tony and Tia Malone, with psychic powers. Played by Ike Eisenmann and Kim Richards. Kim Richards was a very popular Disney child star, these days you can catch her in the Real Housewives of Beverly Hills, alongside her little sister, Kyle Richards, also a former child actress. 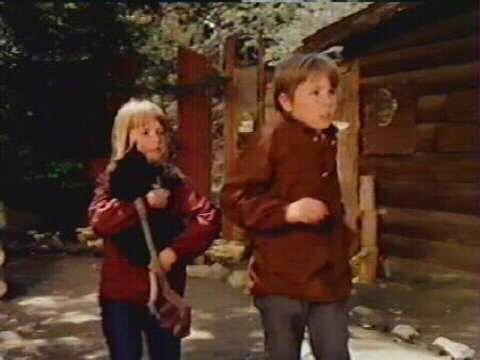 Tony has the ability to move and control objects with the aid of his harmonica.

Little film mistake information… When Tony is using his harmonica to draw with a crayon on the mirror, look closely at the mirrors reflection, where you can clearly see a wire is attached to the crayon! 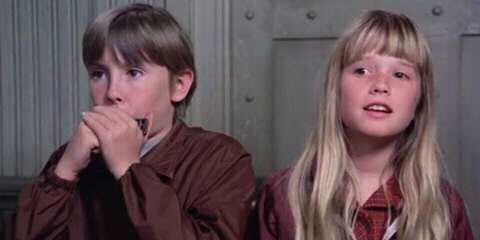 While Tia and her powers, she can communicate telepathically with Tony, she also experiences premonitions. You can see why eighties kids loved these films! We all wanted magic powers! 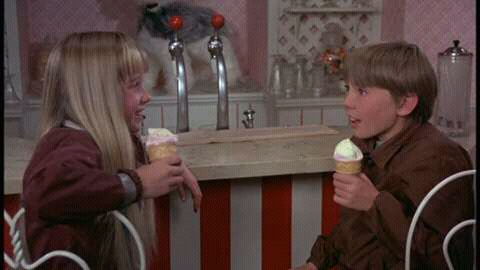 The children are kidnapped by the cruel millionaire, Aristotle Bolt, played by Ray Millband.

Aristotle has a plan to exploit Tia and Tony’s powers for his own financial gain. 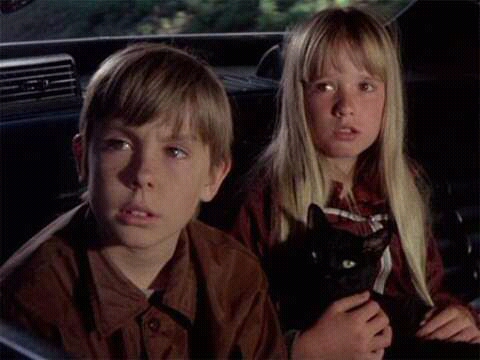 With the help of widower Jason O’Day (Eddie Albert) they escape. Then the three of them set about trying to delude Aristotle Bolt.

The film also features the veteran actor, Donald Pleasence, who played Lucas, the attorney who worked for the millionaire Bolt. 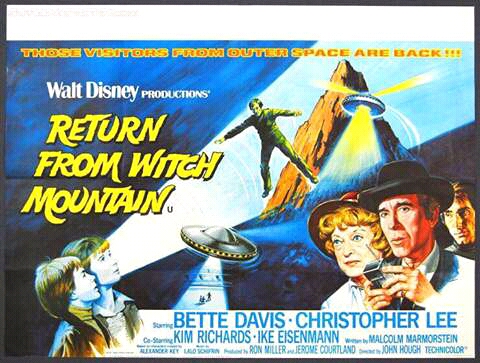 Kim Richards and Ike Eisenmann return to repeat their roles of sister and brother, Tia and Tony. 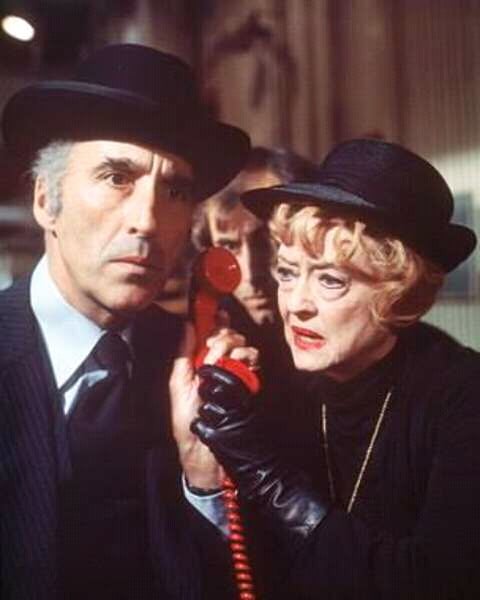 The villains were played by two legends of the silver screen. Bette Davies, as Letha Wedge. Christopher Lee as Dr. Victor Gannon.

What fantastically casted villains they were, ruthless, sinister, plotting, scheming!

Bette Davies agreed to do the film as it was a film which her grandchildren could watch and enjoy. Also on set, throughout the filming, Bette had three people tending to her! 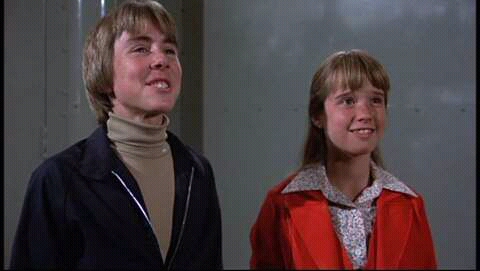 Tia and Tony are in need of a holiday. Their Uncle Bene drops the pair off at the Rose Bowl Stadium, in Los Angeles, California.

Keep an eye out next time you watch this scene, as the children and Uncle walk away from the Rose Bowl, look on the floor, you can see the crosses, which marked where the actors were to stand! 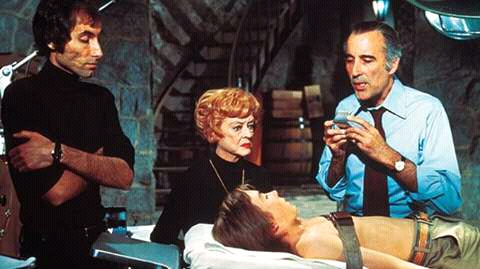 Doctor Victor Gannon see’s Tony using his powers, and knows that he can hugely benefit from such powers. So Doctor Victor manages to drug Tony, kidnap him, and get him back to his Laboratory.

Leaving Tia not knowing where her brother has gone. So she sets about finding him. 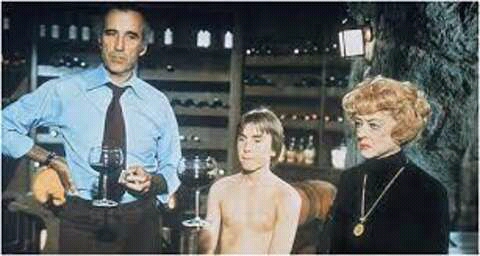 At the laboratory Tony is hypnotised. Leaving him to do everything which is requested for him to do by Doctor Victor and Letha Wedge. Including stealing gold from a museum exhibition. 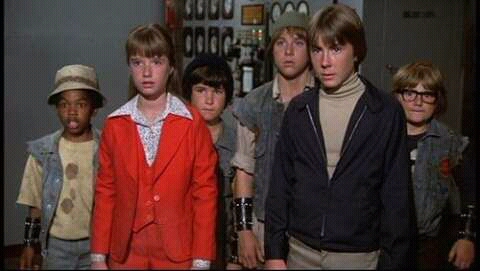 Tia comes across a group of tough boys, the Earthquake Gang. Who except her into their gang and they help Tia look for Tony. After many set backs they eventually find and save him. 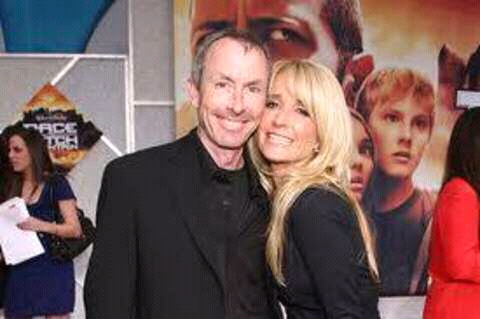 Kim Richards is now fifty three years old, she has four grown up children. She is also the Aunt of Paris Hilton (who is the daughter of her big sister Kathy).

Ike Eisenmann is still in the business as well as acting, he produces, and he is a sound effects specialist. He is fifty five years old.

Both Kim and Ike made a cameo appearance in 2009’s Race To Witch Mountain. With a scene together, Kim as a waitress, named Tina (reference to Tia) and Ike as the Sheriff Antony (yes, reference to Tony!).