Who Remembers Claire And Friends? Do You Remember The One Hit Wonder Song? 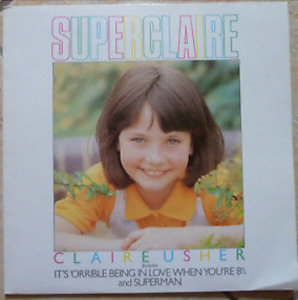 Who remembers this one hit wonder? ‘It’s Orrible Being In Love When Your Eight And Half’ was its title. In the Summer of 1986 it was a song which you couldn’t fail to have heard, children up and down the British Isles were singing this song until their hearts were content. It was played on the radio, it was in the charts. There were even TV performances. Little girls wanted to be her. Little boys loved her too. Who was she? Claire Usher, that’s who!

Claire Usher, a Stockport school girl. She had four older brothers and four older sisters making Claire the baby of the family. She wasn’t a typical child star, like a mini adult, full of the showbiz talk. Claire was just a normal school girl, down to earth and the big sister we all wanted. She also had the thing which money cannot buy, she was very likeable.

So how did Claire’s singing career come about? Well she went to St. Winifred’s School, in Stockport. The very same school which years before had a hit song with, ‘There’s No One Quite Like Grandma” sung by the school choir. They decided to do another song, Claire was chosen to be the lead singer, with her friends as the backing singers. The song was, ‘It’s ‘Orrible Being In Love When You’re Eight And Half.’ So Claire and Friends was born! 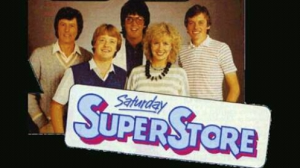 Saturday Superstore was the hugely popular Saturday morning TV show back then, shown on BBC 1, children’s TV, with the main presenters being Mike Reid and Sarah Greene. Keith Chegwin and John Craven, were regulars on the programme too.

The show did a feature, a talent spotting competition. Claire’s Mum sent in a copy of Claire’s school demo tape. The competition had thousands of entries. The winner was, Claire. 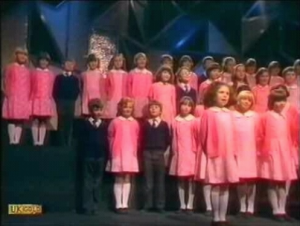 St Winifred’s School had been in the spotlight before when ‘There’s No One Quite Like Grandma’ was released in 1980. It was written for Queen Elizabeth, The Queen Mother, for her 80th Birthday. 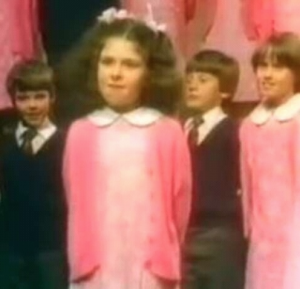 The lead singer was Dawn Ralph. Actress Sally Lindsay, former Coronation Street star, was a member of the choir.

The song sold over one million copies. It earned the top spot and became a Christmas 1980 number one. It stayed at number one for two weeks and spent eleven weeks in the UK charts. 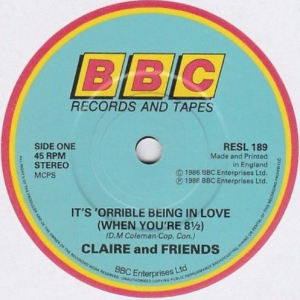 Claire’s song ‘It’s ‘Orrible Being In Love When You’re Eight And Half’ was released on BBC Records, on 7th June 1986. It entered the UK charts at number thirteen. 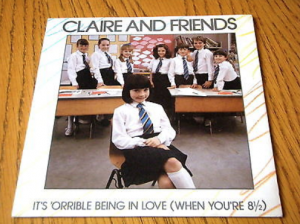 Though Claire was nine years old when she sang it!

It was a perfect song for children, catchy, easy to sing along to, fun lyrics. With an easy to learn dance routine, and a fun video.

Claire and Friends even performed on Top of the Pops.

‘Its ‘orrible being in love when you’re eight and ‘arf

Got your picture on me wall

Got your name upon me scarf 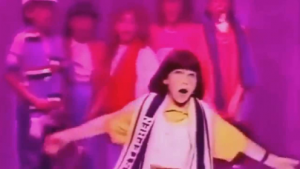 The song is about an eight and a half year old school girl with a crush on a school boy, and she sings about how she deals with the emotional impact her huge crush on a fellow pupil has on her, how it impacts her.

‘Oh I put my Mum’s high heels on yesterday.

So you see I am growing up in every way.

I put some lipstick on my face, and did my hair up just incase.

He called me up and asked me out to play.’ 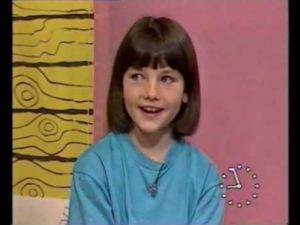 After the success of her record, many opportunities came flooding her way. But really Claire wasn’t interested, she’d experienced fame and success and that was enough for her, and her Father thought it shouldn’t be a job little girls should be doing.

She did release a second single ‘Superman’ which song follows on from the original records story. However, ‘Superman’ did not have much success.

Claire went on to achieve a Degree in Drama. She became a professional dancer, and appeared in Riverdance, on Broadway no less.

Claire now lives in Manchester, she is married with children and works as a teacher.

‘It’s ‘Orrible Being In Love When You’re Eight And Half’ was a one hit wonder. But I’m sure after reading this you’ll be humming that tune all day!