Who Can Remember Home And Away The Musical? Was It Any Good? 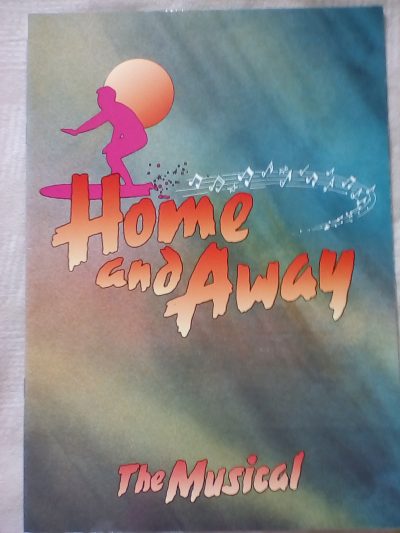 Home and Away – The Musical! That’s right! In 1991, some of our favourite folks from Summer Bay came over to the UK to tread the boards, singing and dancing their way up and down the country.

It was a show not to be missed! 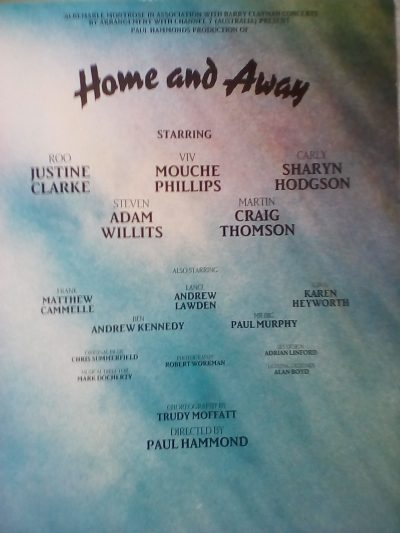 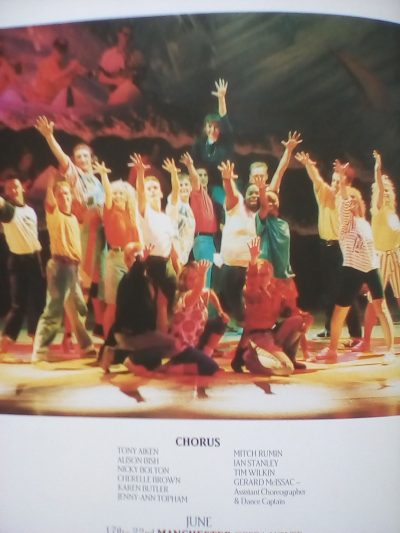 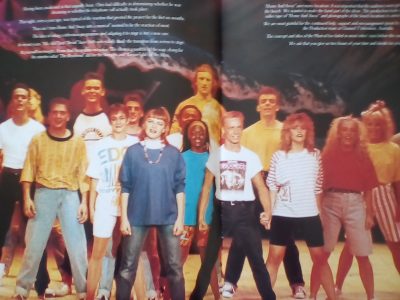 The show is set in Summer Bay, mainly in the diner. Where a Mr Big, against the locals wishes, wants to buy the place and turn it into a burger joint!

As well as the drama, it was also full of slapstick comedy, it was lively and energetic, full of dancing and great songs, the guys really could sing well! Two hours of hugely talented entertainment.

Going against the critics view that, Home and Away couldn’t be turned into a musical, they proved them wrong! 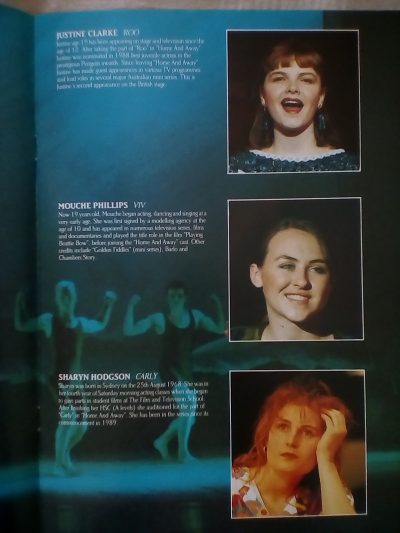 Then she was 19 years old, she had been appearing on stage and screen since she was 12. In 1988 she was nominated for best juvenile actress at the prestigious Penguin awards. This musical was Justine’s second role in the British stage.

Then Mouche was also 19. Age 10 she was signed by a model agency. Before Home and Away she had already appeared in numerous TV programmes and films, including, the title role in, Playing Beattie Bow.

Sydney born Sharyn, born 1968. Took Saturday morning acting classes, in her fourth year she began getting roles in student films at The Film and Television School. After her HSC (A Levels) she successfully auctioned for the role of Carly. 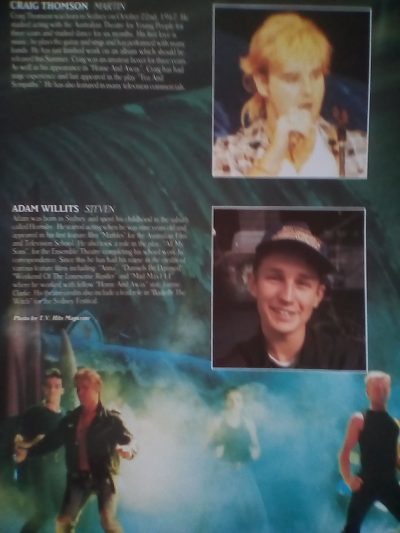 Born 1967 in Sydney. Craig studied at the Australian Theatre for Young People, for three years. He is a talented musician, singing and playing guitar. Craig was also an amateur boxer for three years!

Adam started acting when he was 9 years old and appeared in his first feature film, Marbles, for the Australian Film and Television School. He was also in a Mad Max film, which also featured Justine Clarke.

The Home and Away characters Frank and Lance were also in the musical, but not played by the original actors.

Matthew Cammelle – Frank.
Born in Kent. He graduated from Hull University with a degree in Drama. He has played the lead in many stage productions, including, Sweeney Todd, West Side Story, and Grease.

Andrew gas been in many shows in stage. He has also been in TV’s The Bill, and he was in the film, Ghostbuster II. 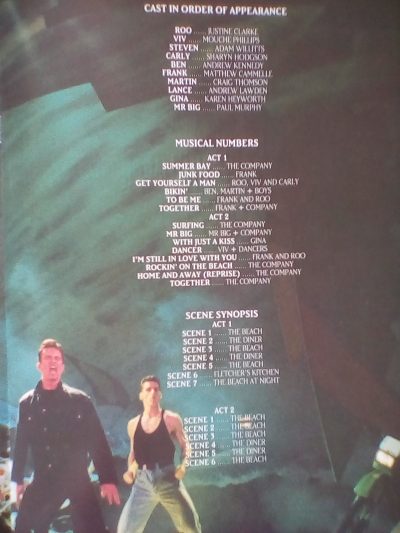 The musical was directed by Paul Hammond, who was still in his 20’s! But he had already directed over 50 productions! Paul got cracking on the idea of a musical when he realised the immense amount of interest in the soap. So he set out the story line for the production, then surrounded himself with a team to bring it to life.

Born in St Albans. He studied at The London College of Music, under the direction if W.S. Lloyd Webber. He has conducted the London Philharmonic Orchestra, and been involved in a bulging CV of musicals!

Trudy has worked throughout Canada, USA and Europe. She was one very busy in demand choreographer! Having worked with the likes of dancing legend, Wayne Sleep. As a dancer herself she has over 100 credits to her name. 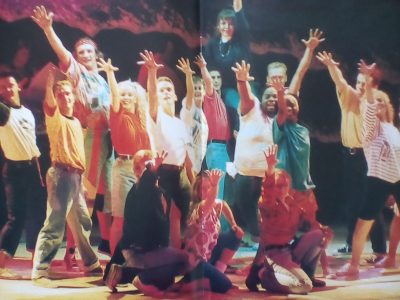 Born and bred in Cambridgeshire. He studied at Wimbledon School of Art. Turning freelance in 1986, he credits include Nabucco, and When Five Years Pass.

A native Australian, he often worked with Paul Hammond. Which was especially great for this musical, as Renato has a background in soaps! 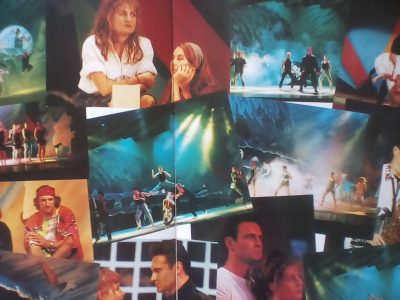 The role of Mr Big was played by, Paul Murphy. Who played the role if Leroy Smith in Alan Parker’s Bugsy Malone.

It was a great musical, the audience, were singing and clapping along! Home and Away in 1991 was huge! So to see all your favourite soap stars there on the stage before you really made for one very enjoyable and entertaining evening out.