Which 80s Legends Appeared Together In Panto? 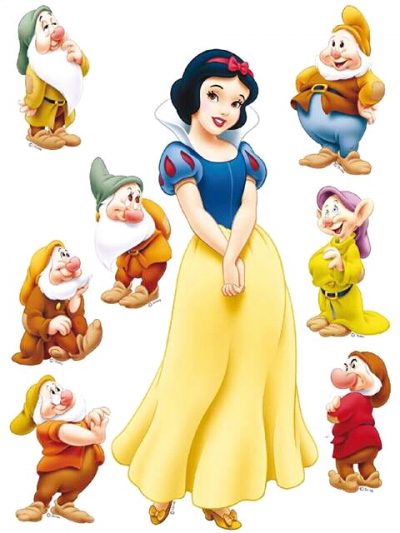 An eighties kid’s Christmas was not complete without a trip to your local Theatre to see the traditional Pantomime!

In 1986 in Leicester, the Pantomime had a cast of 80’s entertainment royalty. The De Montfort Hall put on an absolute treat of a show. You could not of wished for more! 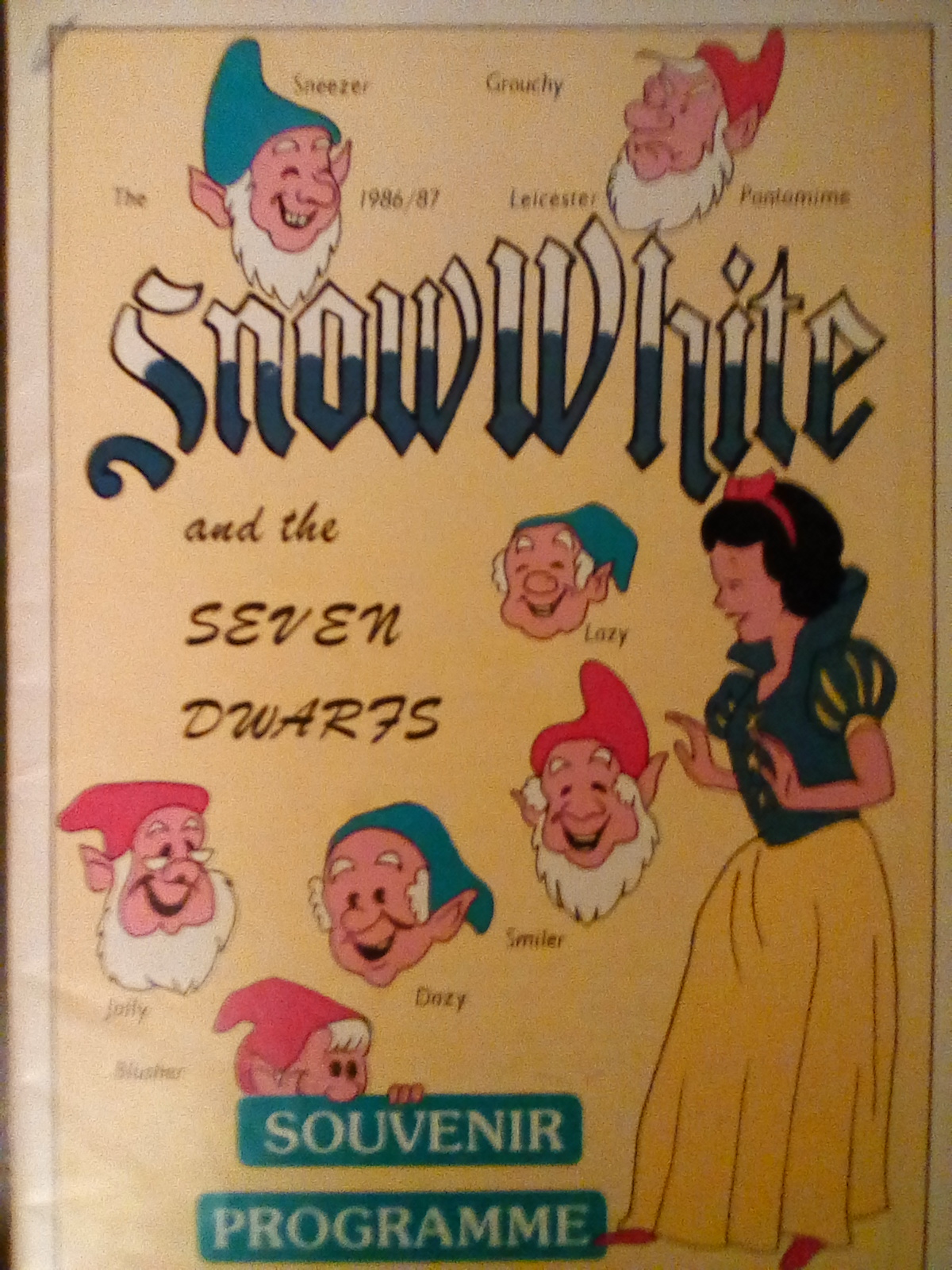 But check this cast out – 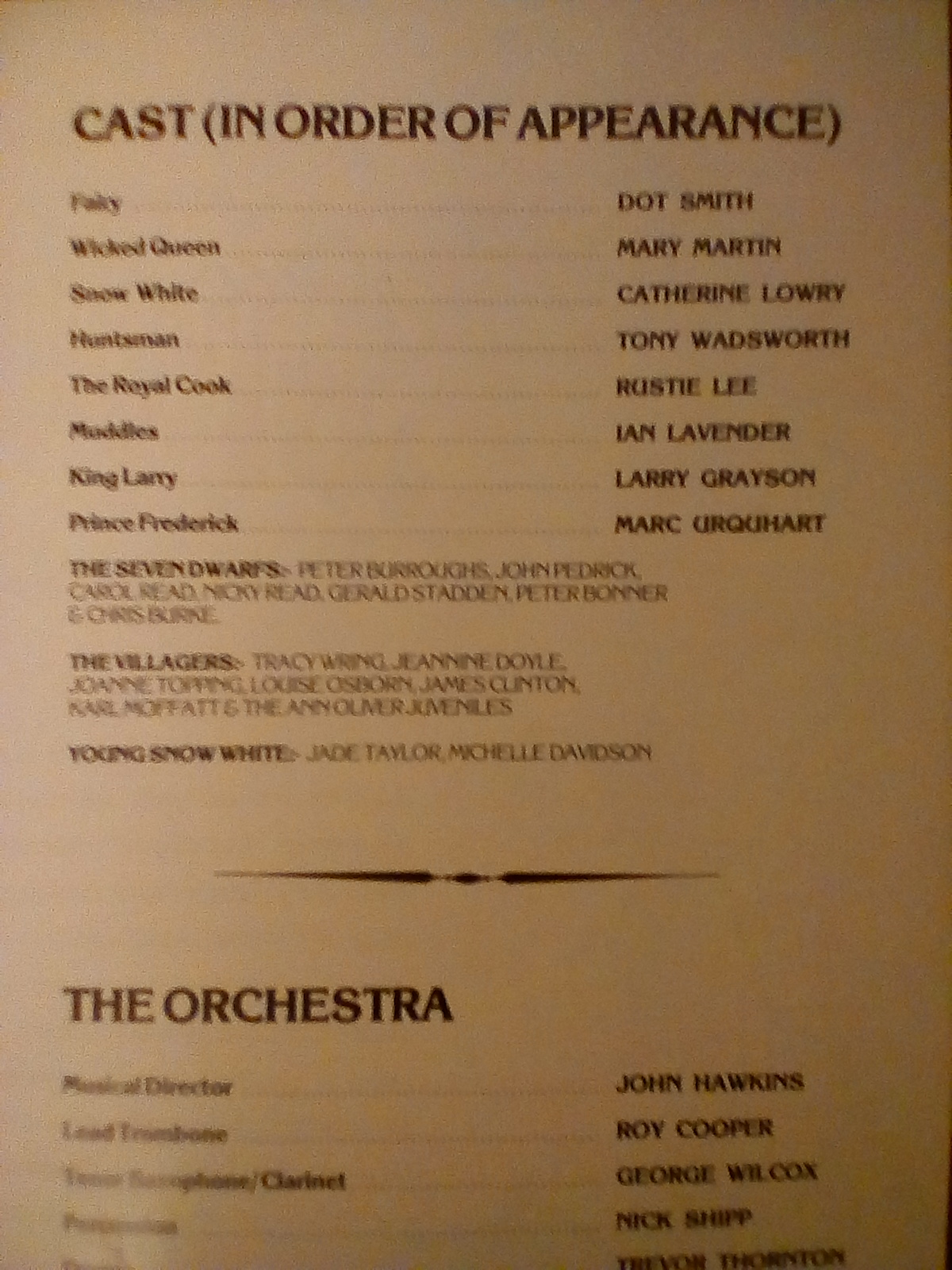 Ok (clears throat!) the cast in the Panto. There was Larry Grayson! Yes you heard me correct, LARRY GRAYSON!! If that wasn’t exciting enough, there was also the one and only Ian Lavender, Dad’s Army’s very own Private Pike. And as a triple treat, an extra bonus dosage of greatness, there in all her fabulous glory was, Rustie Lee! 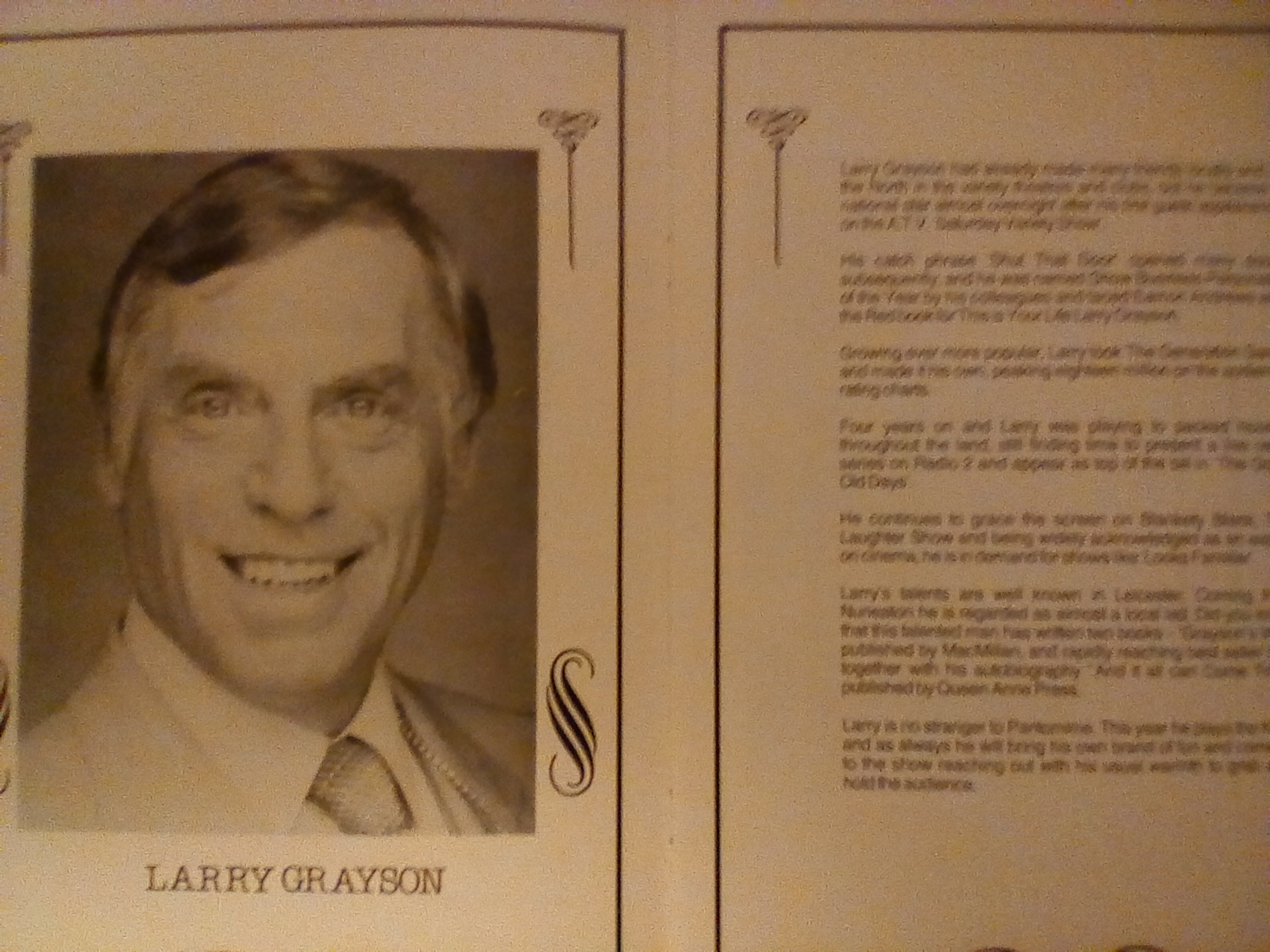 Larry very appropriately played, King Larry! He graced the De Montfort Hall’s stage in Larry style. Up there was a true irreplaceable national star. Which was superb. He was born in Nuneaton, not far from Leicester, so he was regarded in Leicester as a local lad.

Larry became a star almost overnight after his first appearence on the Saturday Variety Show. He was so talented, and he also had the quality which is priceless, he was likeable.

Larry hosted The Generation Game, to viewers of up to eighteen million. He had his own Radio 2 show too. 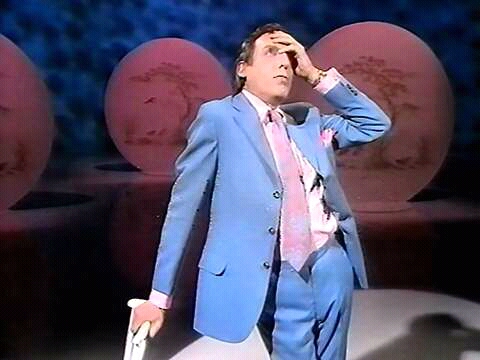 Larry also appeared on The Laughter Show, and he hosted Blankety Blank, bringing his own fun and comedy to the classic game show. 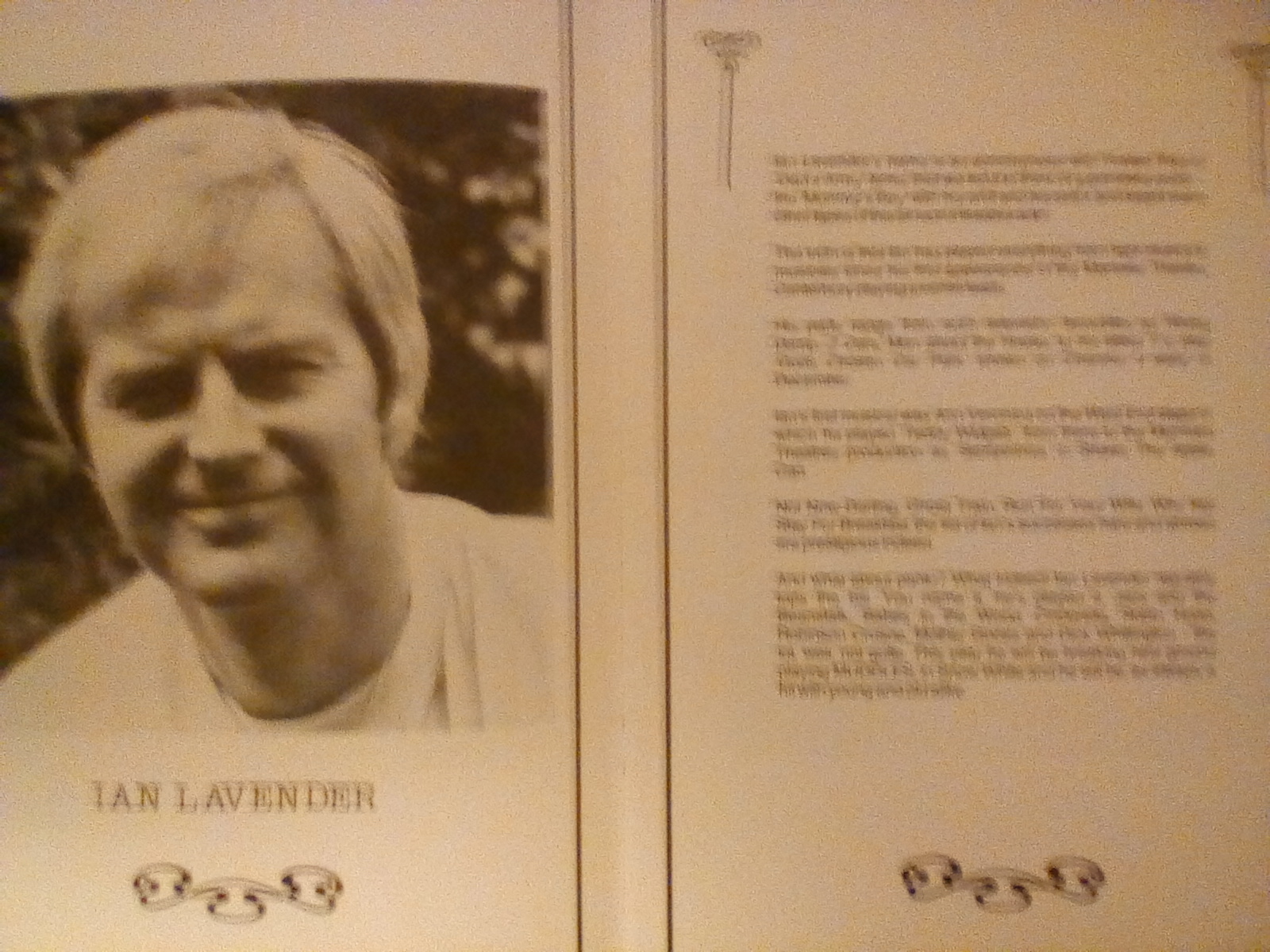 Dad’s Army’s Private Pike, yep that ‘stupid boy’ that ‘Mummy’s boy’ with his sniff and that scarf, was in Leicester!

Ian Lavender’s TV parts go beyond the seaside town of Walmington-On-Sea! He has appeared in Keeping Up Appearances, Rising Damp, Z Cars, Man About The House, Casualty, Yes Minister, Goodnight Sweetheart, EastEnders, to name but a few. 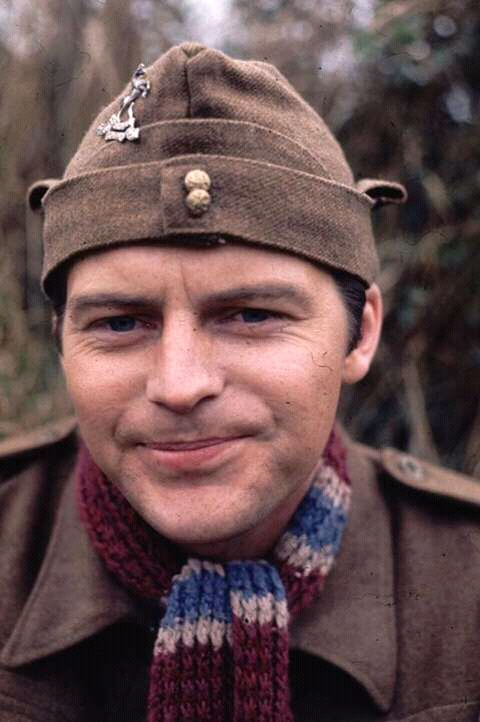 He was also a regular on the Pantomime circuit, from Robin Hood to Jack And The Beanstalk! In this Panto Ian took on the role of, Muddles. 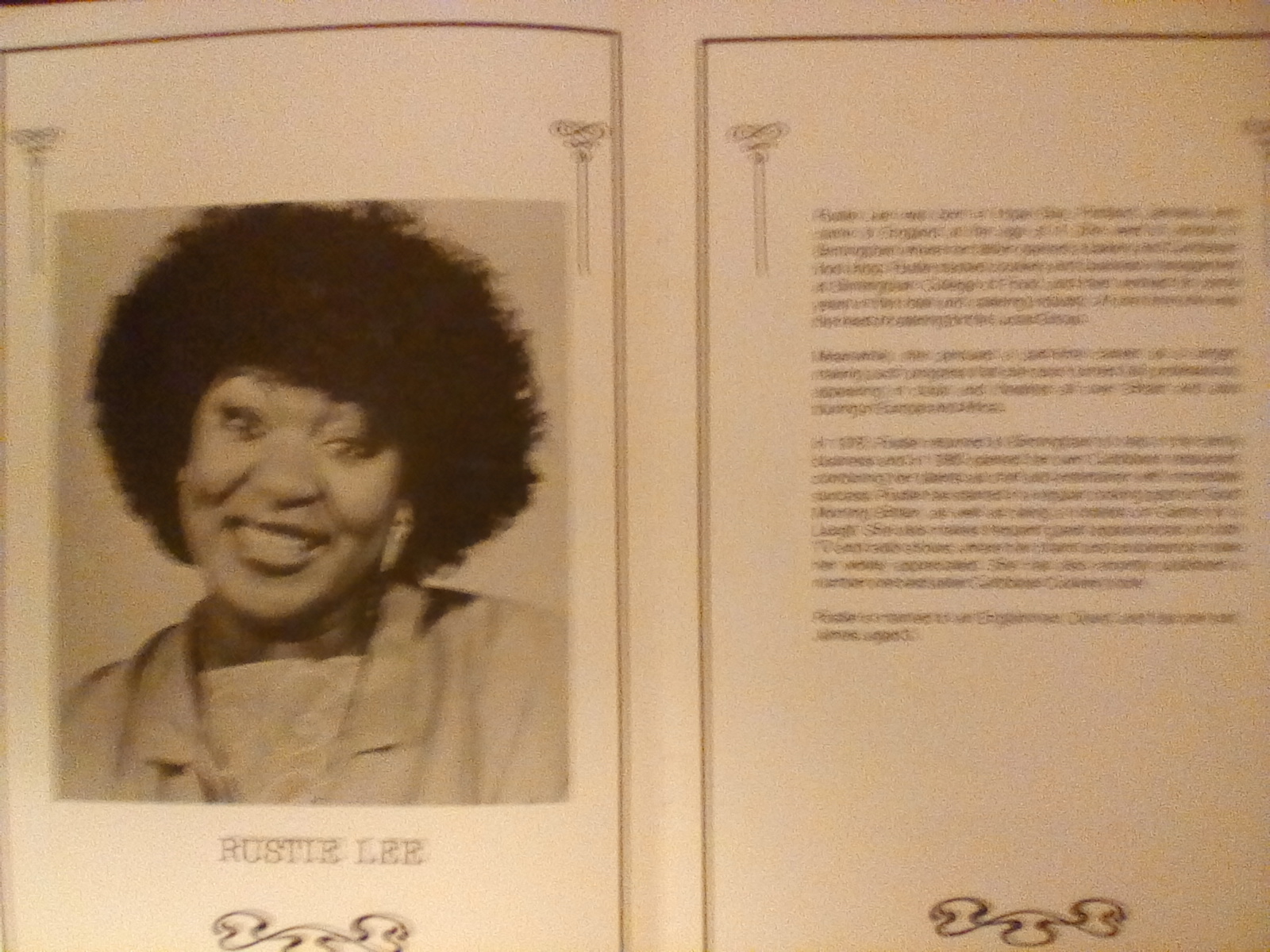 It’s Rustie Lee! What was her character? The Royal Cook of course!

Rustie studied at Birmingham’s College of Food. In 1980 she opened her own Caribbean restaurant. She also had a regular slot cooking on Good Morning Britain. As well as being a hostess on the TV show Game For A Laugh.

The Jamaican born Rustie came to England aged 4. She is one talented singer too, performing in Clubs and Theatres, all over Britain, plus touring Europe and Africa.

She often sang at her own restaurant too. 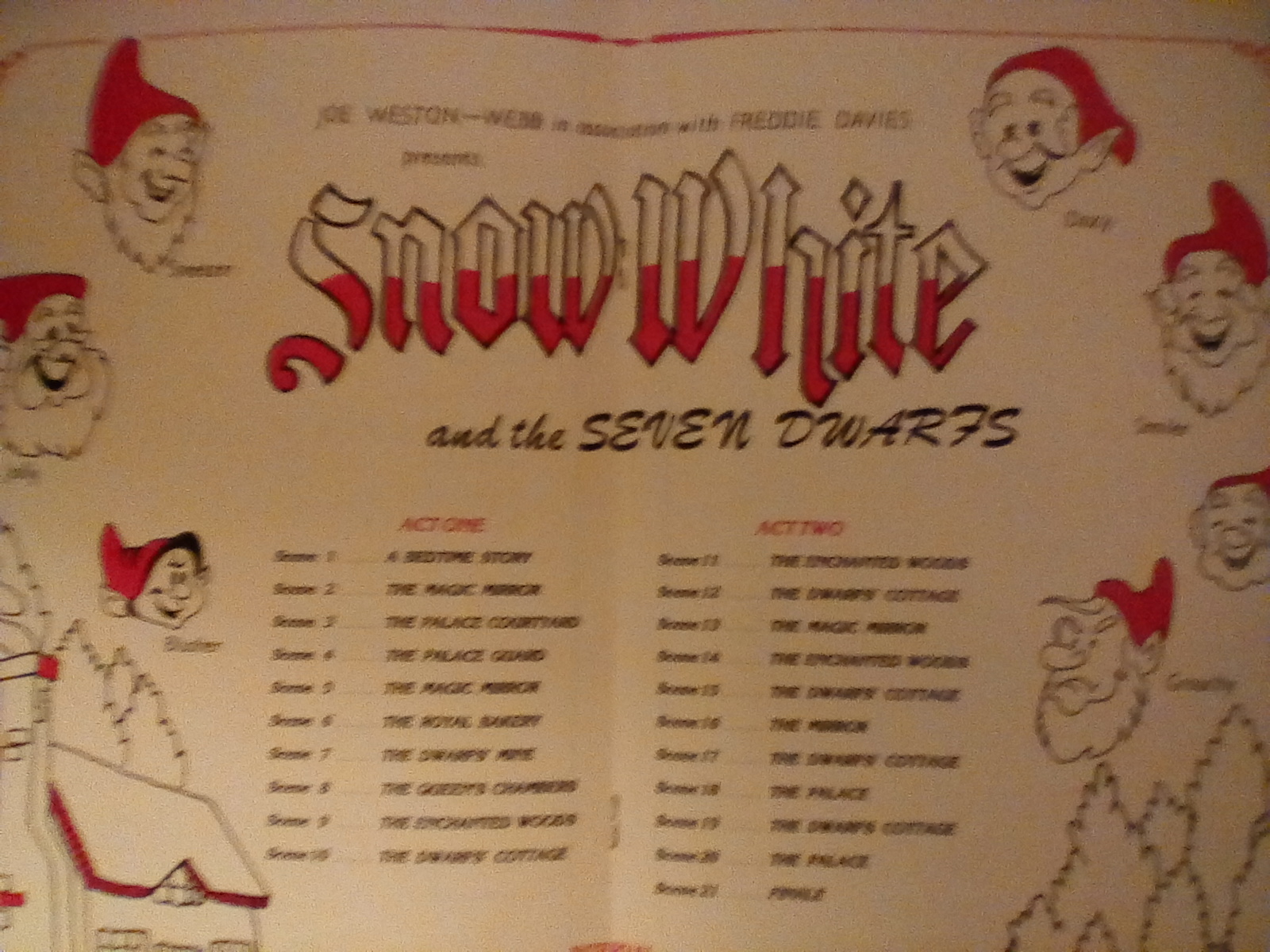 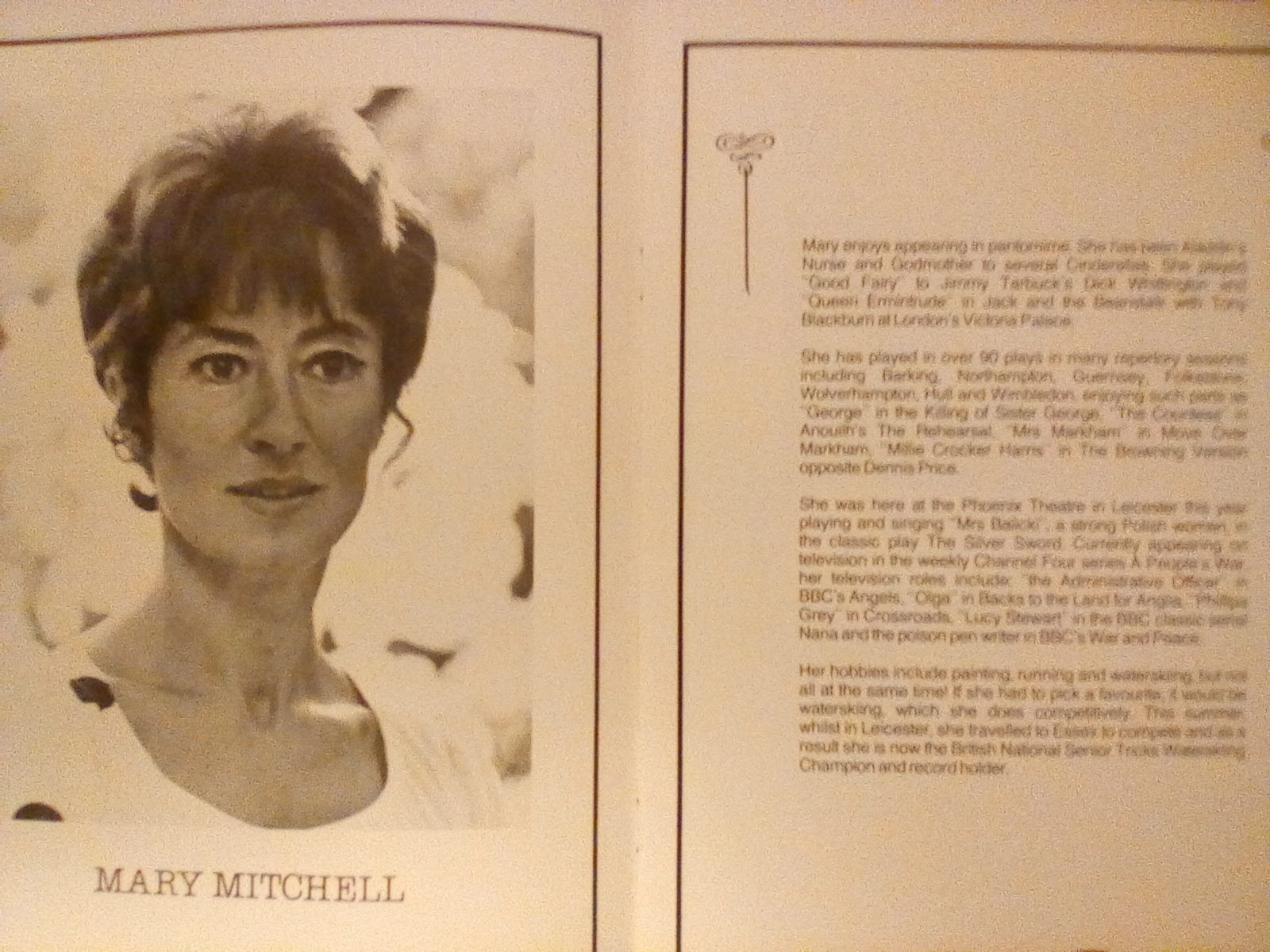 The Wicked Queen, was played superbly by Mary Mitchell.

Mary has over 90 repertory plays to her name! That year, 1986, Mary trod the boards at another Leicester venue, the Phoenix Theatre, as Mrs Balicki, a strong Polish woman, in the classic play, The Silver Sword. 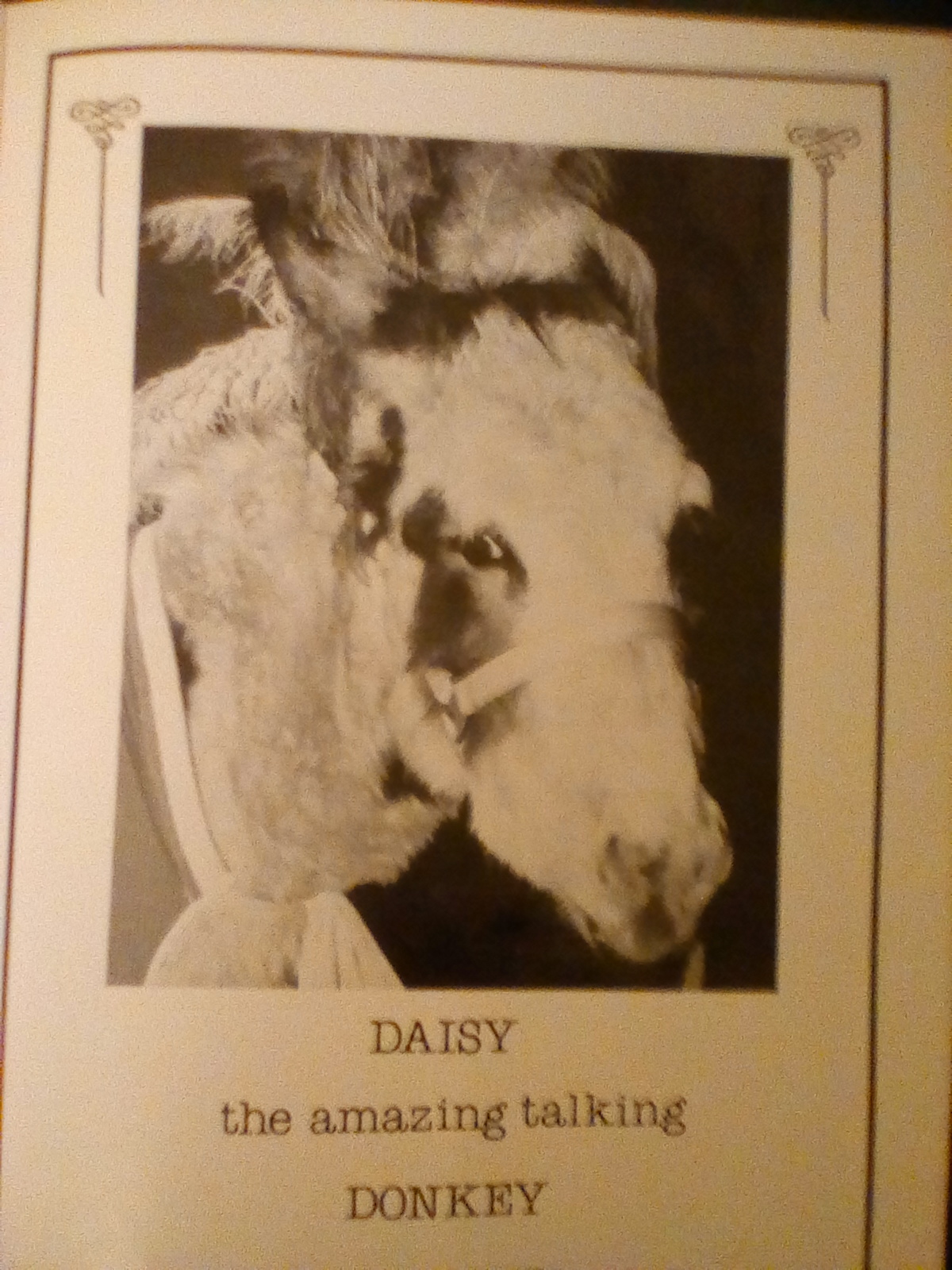 Daisy the amazing talking Donkey. She was very private and didn’t do interviews! So I dont know much more about her other than she was amazing!

But I did find out she successfully gave up her 40 a day smoking habit!

And after her stage fame and wealth, she kept level headed, no rehab was ever needed! (Lesson to be learnt there Gordon T Gopher!) 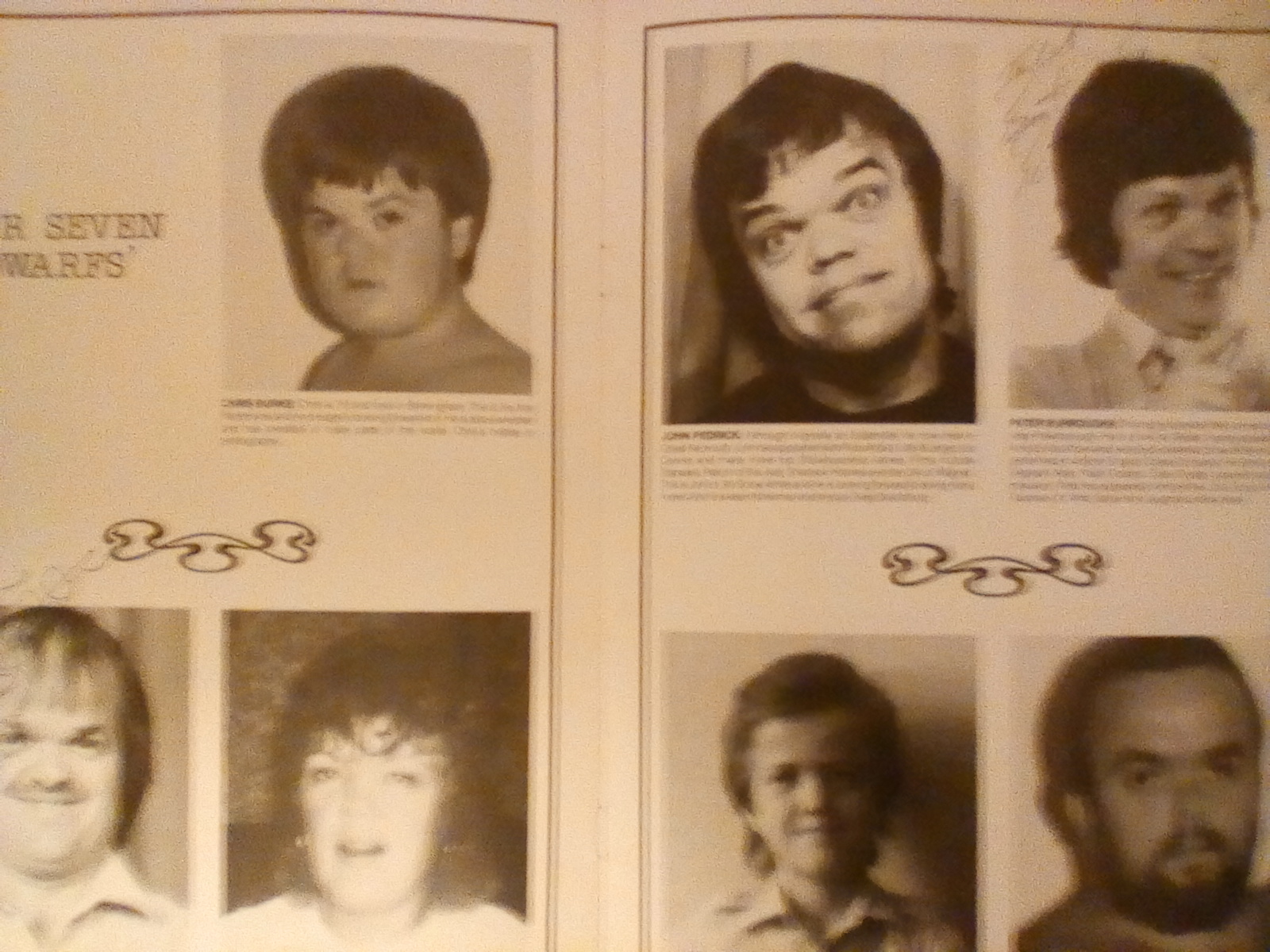 Peter Burroughs was another of the dwarves. Peter was in the films, The Elephant Man, Flash Gordon, Dark Crystal, Jedi. Plus a TV appearance in Dr Who. 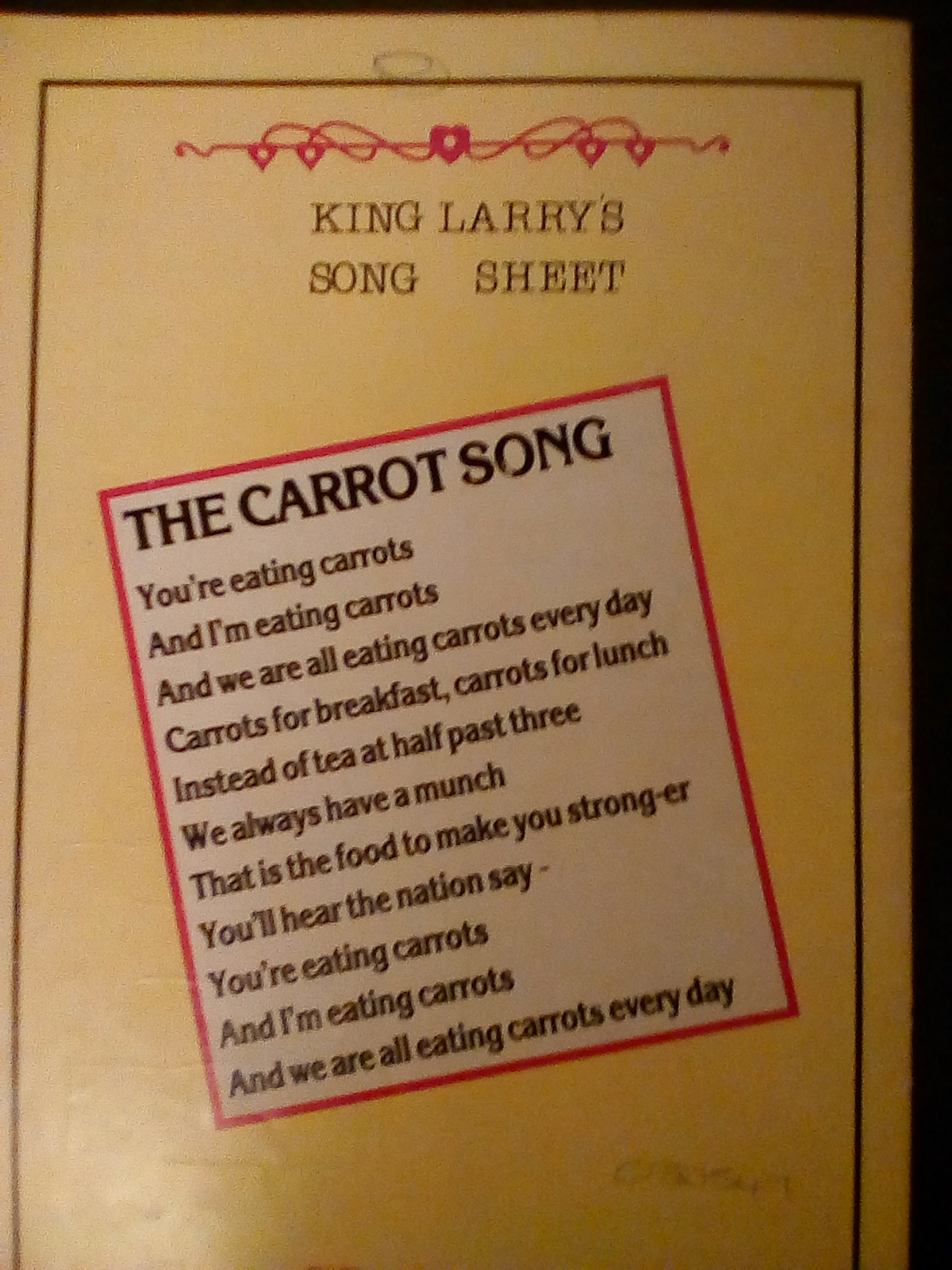 Every Panto has to have a silly song! Snow White excelled that with, The Carrot Song!

Which the audience sang with all their festive hearts led by Larry himself! Yeah, I can say I’ve sang with Larry! Ha ha!