Where The Batman 1989 Cast Are Now

Tim Burton’s 1989 movie Batman was a major box office hit, and a turning point for Hollywood adaptations of comic books – but what did it do for the careers of those involved? Let’s take a look at all the key surviving figures from the groundbreaking blockbuster, and find out what they’ve been up to in the years since. 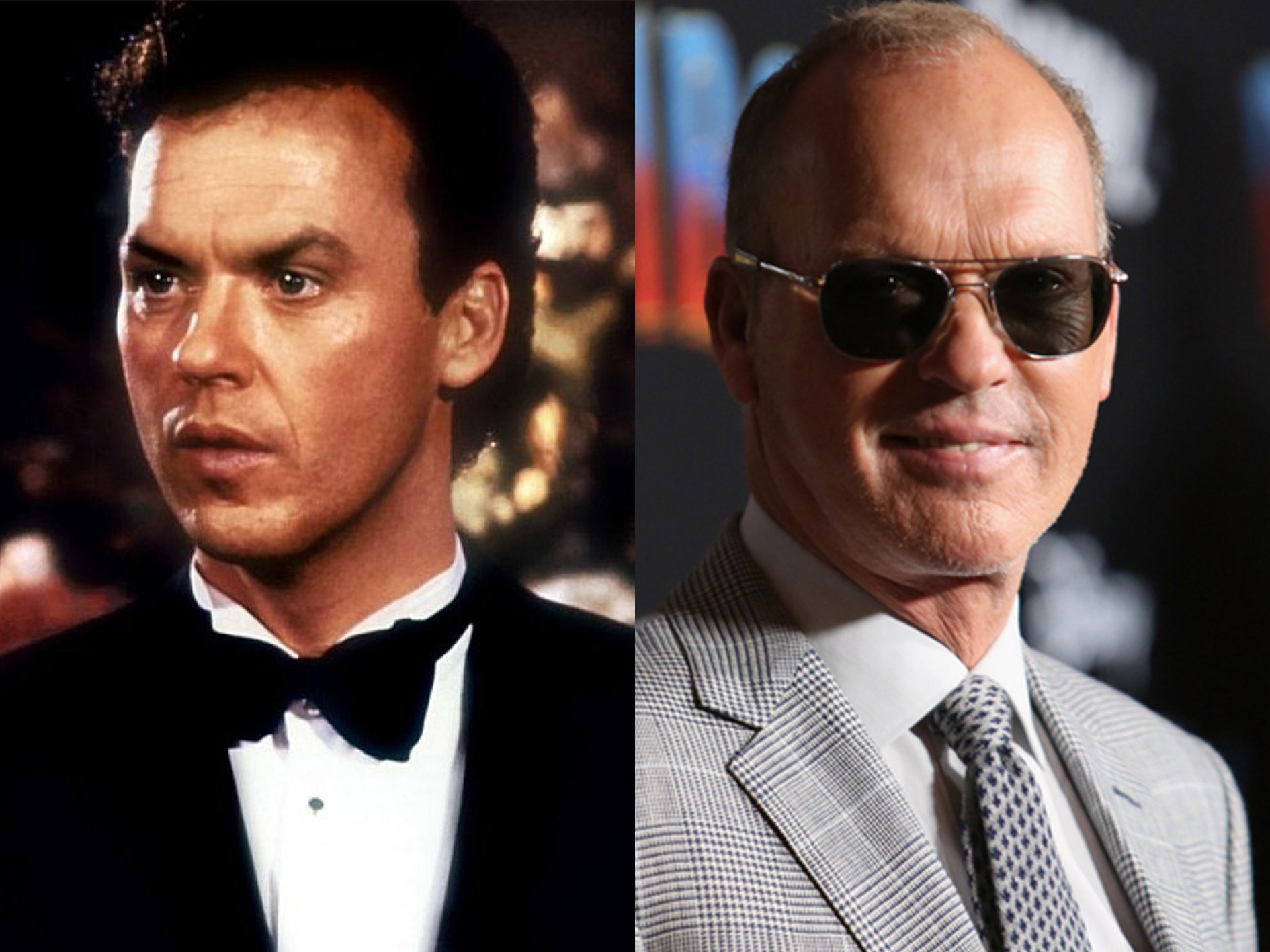 Although his casting was initially the cause of great controversy, Michael Keaton’s performance as Batman/Bruce Wayne won over audiences worldwide, and to this day many consider him the definitive Dark Knight.

The role launched him to leading man stardom, but by the mid-90s Keaton largely retreated from the limelight, preferring smaller roles in less mainstream movies including Jackie Brown.

Keaton’s Oscar-nominated performance in 2014’s Birdman brought him back in a big way. He’s since returned to comic book movies, playing the Vulture in Spider-Man: Homecoming (a role he will reprise in the upcoming Morbius). Plus, to the excitement of many fans, he’s poised to play Batman once again in 2022’s The Flash. 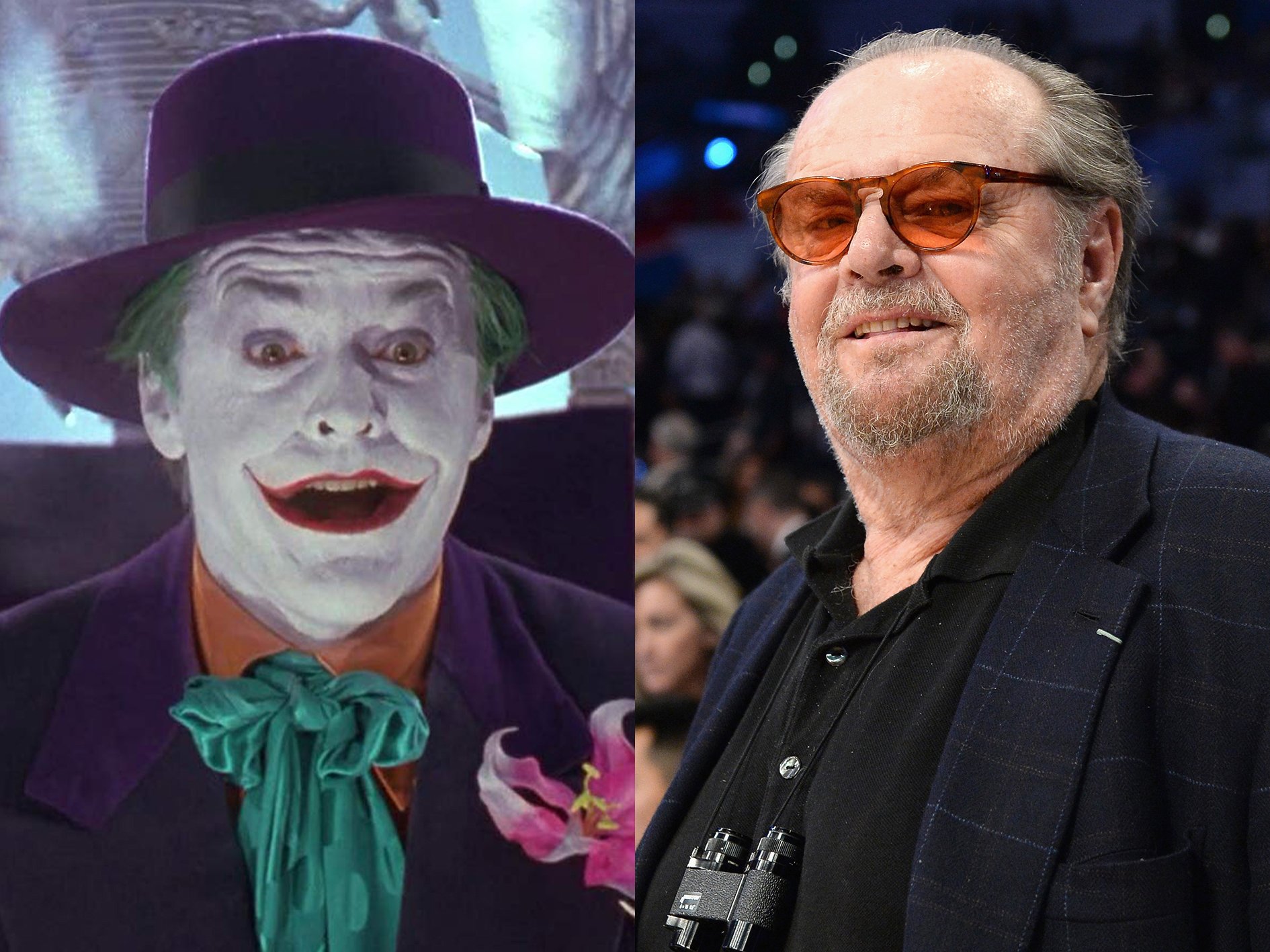 Jack Nicholson was already a two-time Oscar-winning screen legend before he was cast as Batman’s colourful arch-nemesis. His iconic turn in Batman not only added to the legend, it also significantly added to his bank balance: the actor landed a then-unprecedented deal which reportedly left him $90 million better off.

Nicholson continued to go from strength to strength in the years after Batman, netting a third Oscar for 1997’s As Good As It Gets, and winning huge acclaim for such films as About Schmidt and The Departed.

Since making his last film appearance in 2010’s How Do You Know, Nicholson has been enjoying a well-earned retirement. If he’s ever spotted publicly, it’s usually at a Lakers game. 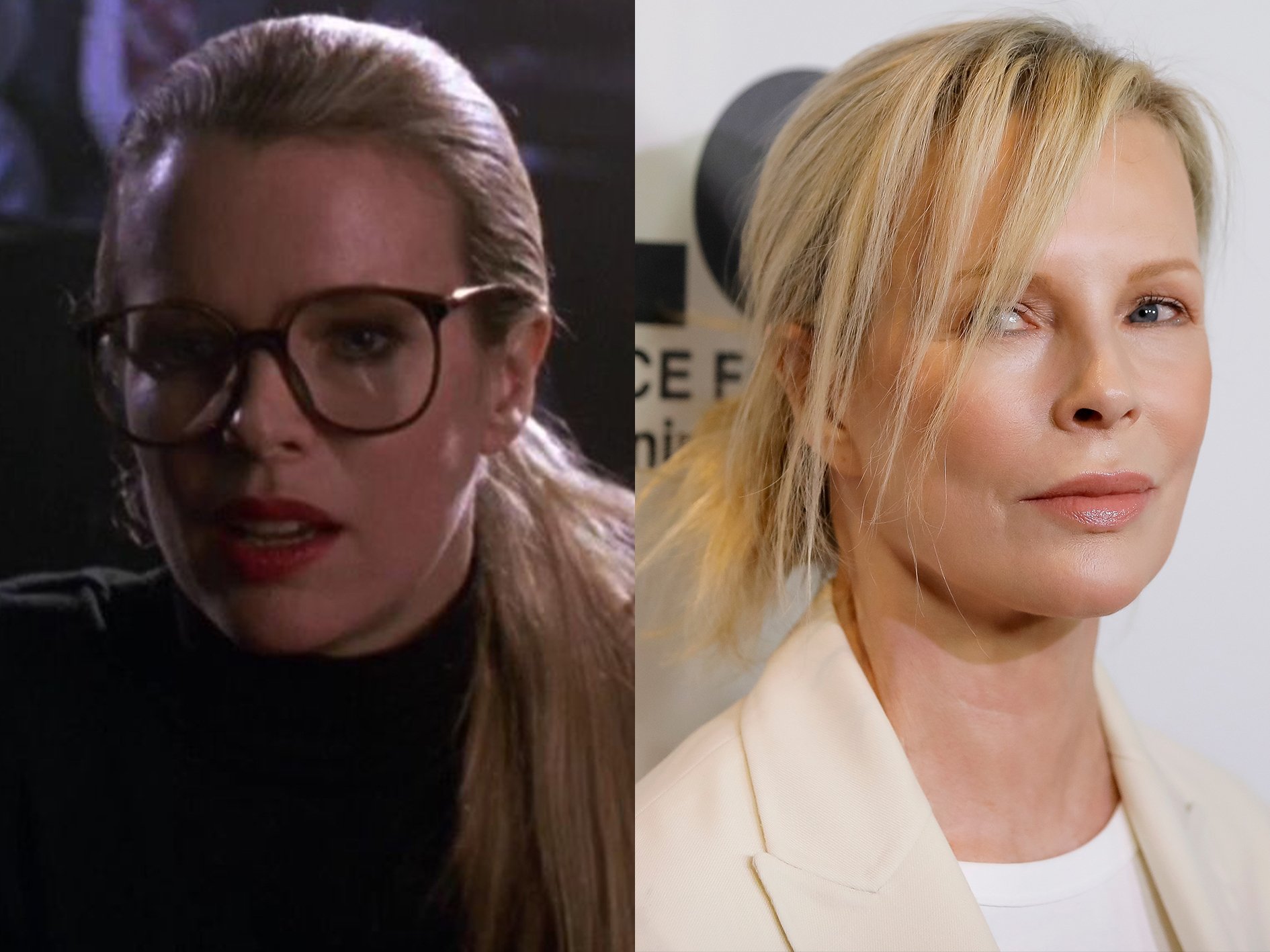 Cast at the eleventh hour when original star Sean Young suffered an injury, Kim Basinger came to Batman as a major 80s celebrity and sex symbol, thanks in no small part to her role in 9½ Weeks.

Basinger’s turn as photojournalist Vicki Vale bumped her further up the A-list. She would headline a number of modest hits including Final Analysis, The Real McCoy and The Getaway, before being awarded the Best Supporting Actress Oscar for 1997’s L.A. Confidential.

In more recent years, Basinger’s most prominent film role has been as Elena Lincoln in the Fifty Shades of Grey movies. 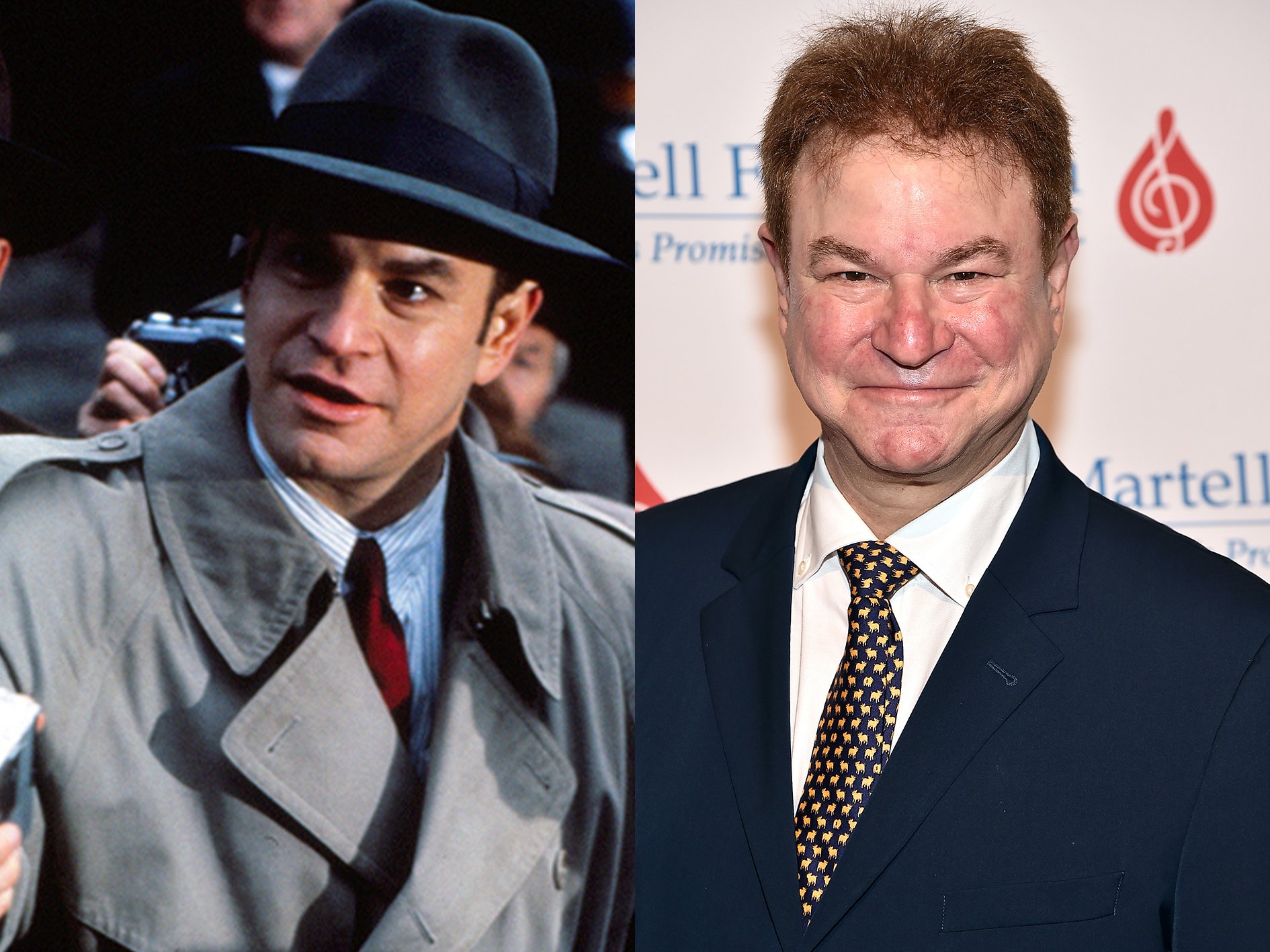 Wuhl went on to take a number of smaller supporting roles in the years that followed, including playing the Oscars host in The Bodyguard.

However, Wuhl has since focused mainly on writing. He won two Emmys for co-writing the Oscars with Billy Crystal in the early 90s, and wrote and starred in 2006’s history-based comedy special Assume the Position with Mr Wuhl. 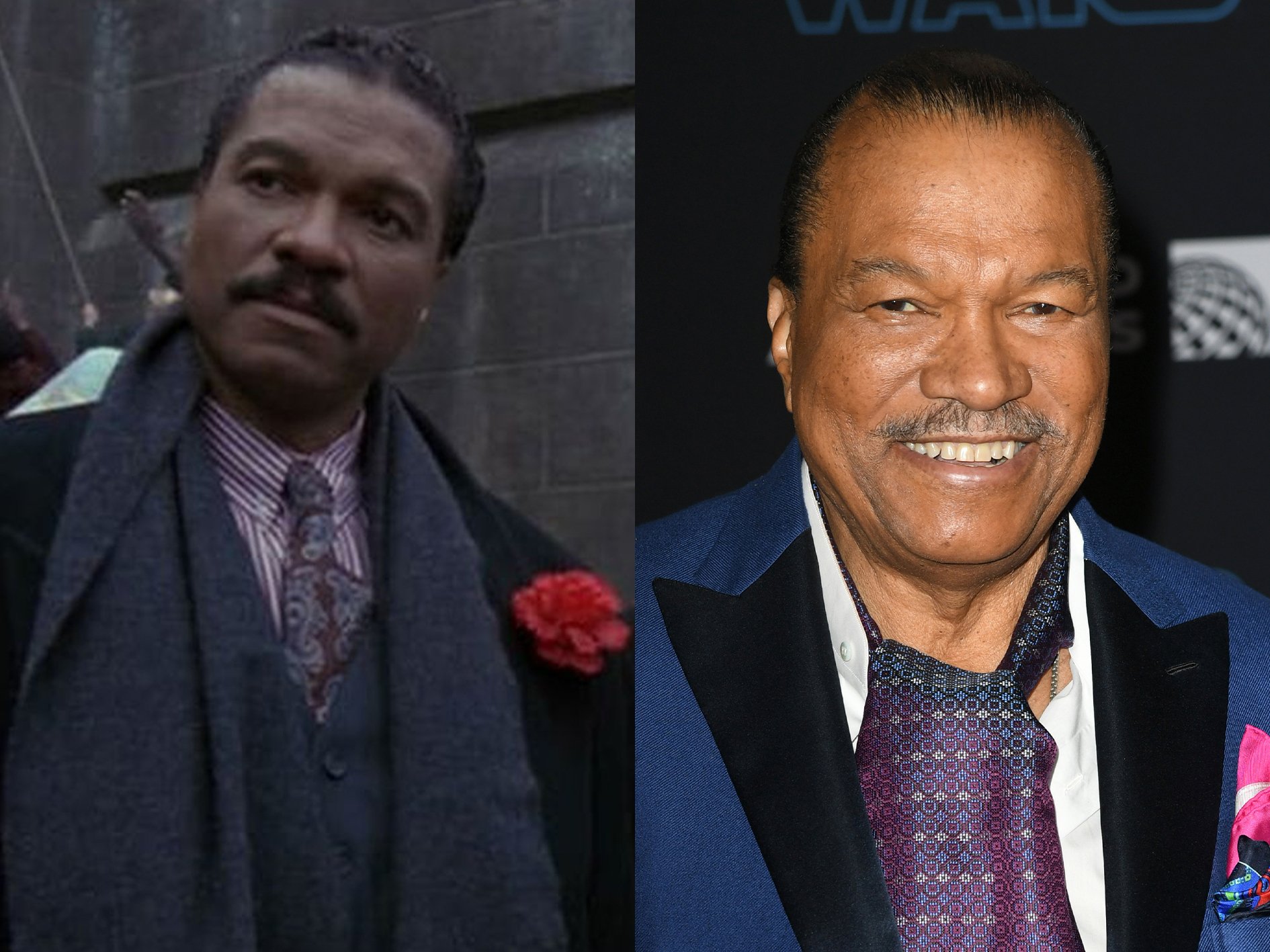 Dent later becomes the villain Two-Face, and originally the plan was for Williams to return in further Batman movies, but he was replaced by Tommy Lee Jones in Batman Forever.

However, Williams got the chance to briefly play Two-Face in The Lego Batman Movie, and he also reprised the role of Lando in Star Wars: The Rise of Skywalker. 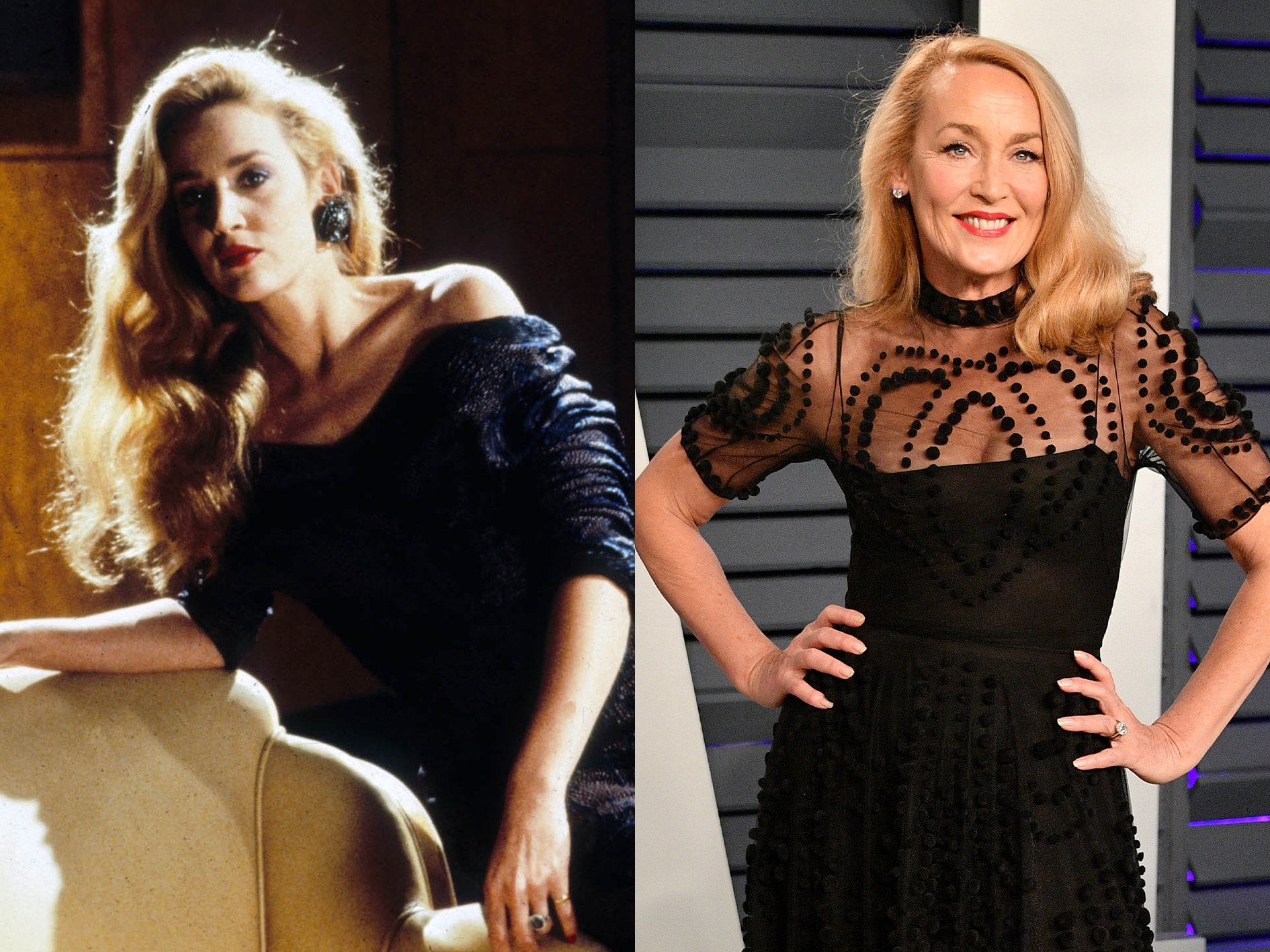 Best known for her modelling work (and for her long-term relationship with rock legend Mick Jagger), Jerry Hall took the small but key supporting part of Alicia, the femme fatale torn between Nicholson’s Joker and mob boss Carl Grissom (played by the late Jack Palance).

In the 90s, Hall would make more film appearances with small roles in Freejack and Vampire in Brookyln. She also appeared as Miss Scarlett in the fourth season of Cluedo, the British TV gameshow/drama based on the board game.

In the years since, Hall has performed in a number of stage plays, been a contestant on the BBC’s Strictly Come Dancing, and made appearances in a number of films including Absolutely Fabulous: The Movie. 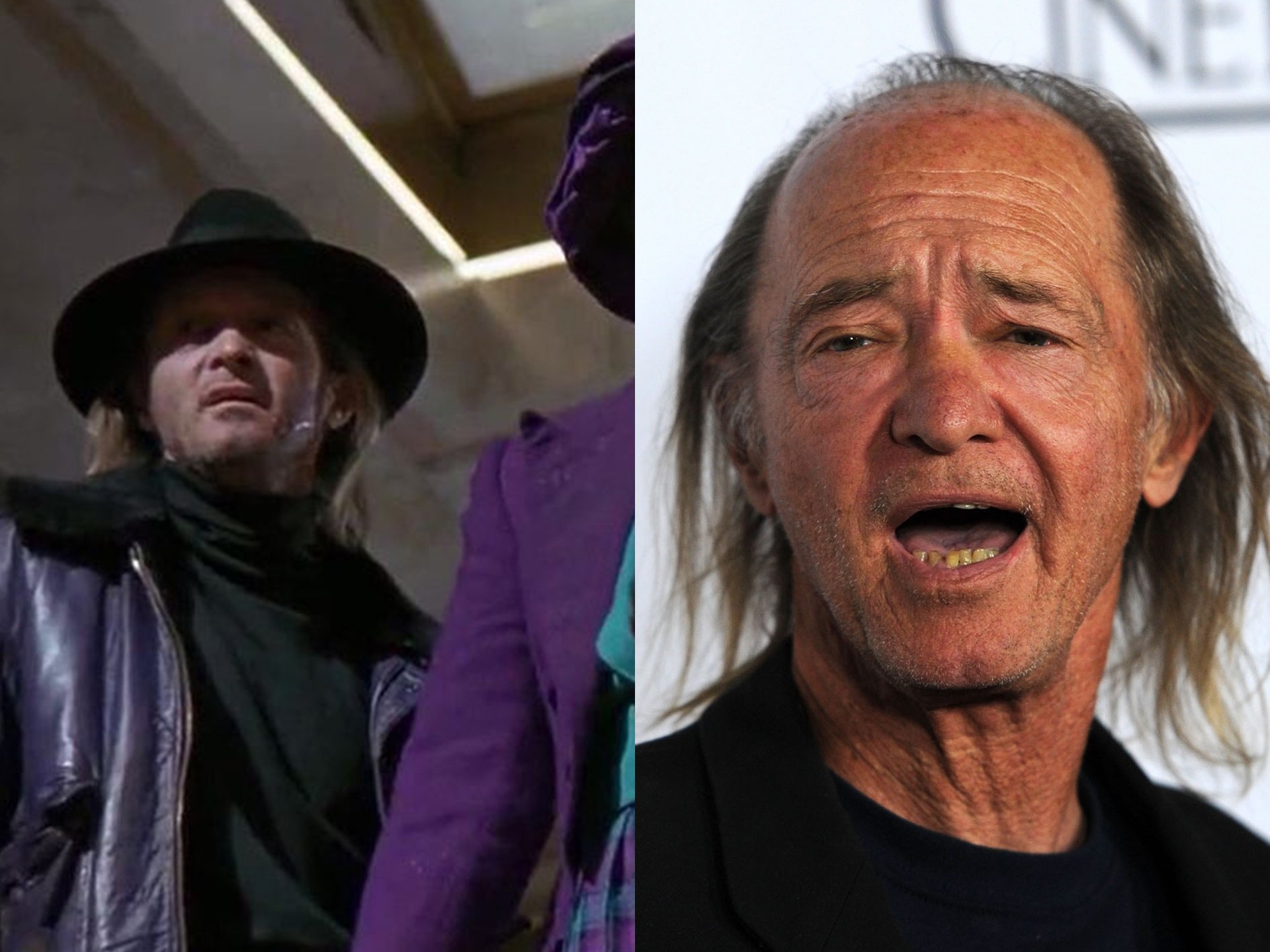 The small but memorable role of the Joker’s right-hand man Bob the Goon went to character actor Tracey Walter, who has hand-picked for the part by his real-life buddy Jack Nicholson.

With almost 180 credits to his name, Walter has been a prolific film and TV bit-part player since the early 70s. Among his most memorable performances is a key supporting part in cult classic Repo Man.

Since Batman, Walter has taken small roles in Oscar-winning hits The Silence of the Lambs and Erin Brokovich. He appears to be at least semi-retired now, as his last screen credit was in 2016. 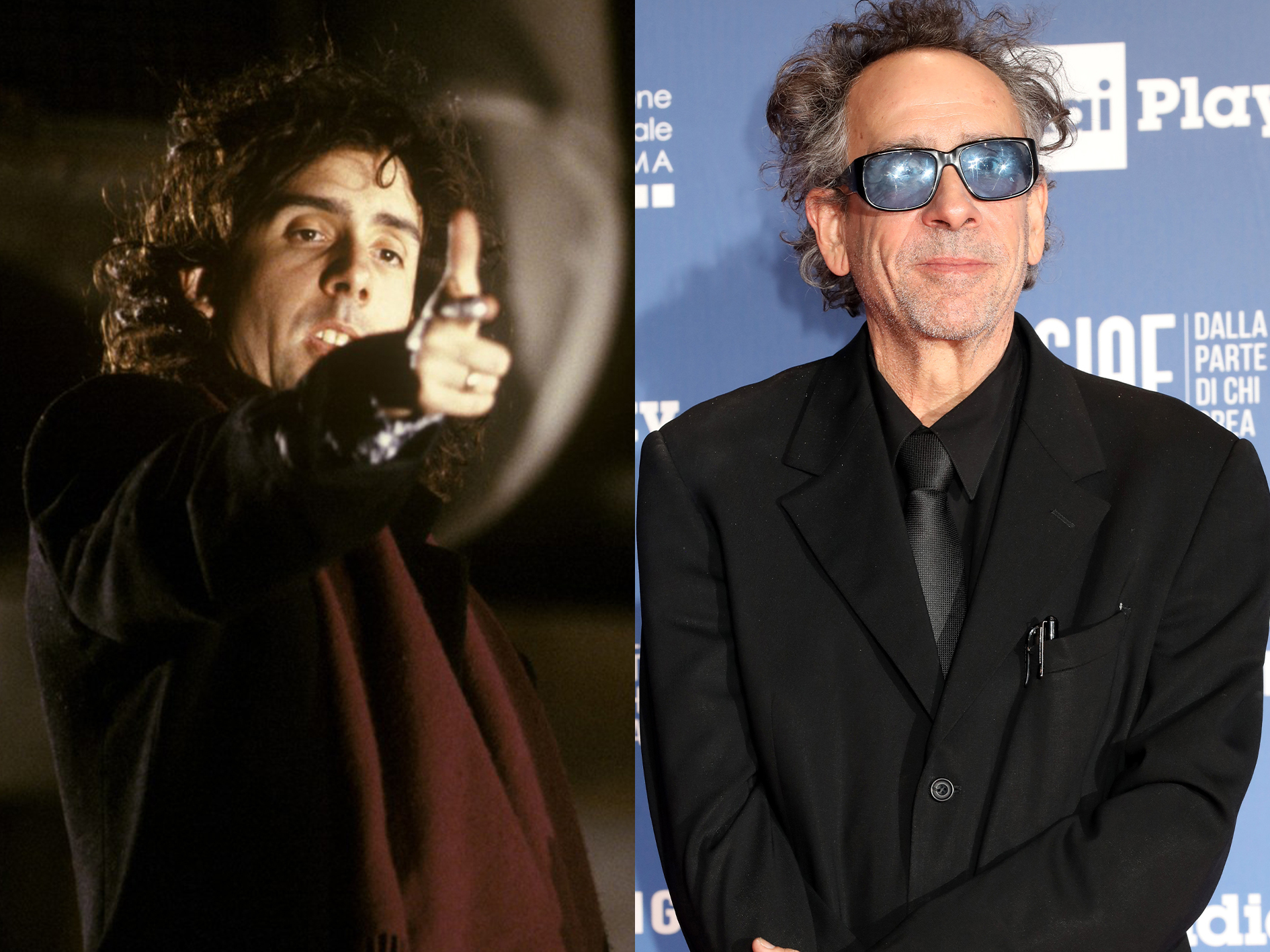 Tim Burton started out in the film industry as an animator at Disney, and broke into directing with Pee-Wee’s Big Adventure and Beetlejuice before being entrusted with Batman.

Burton’s career went from strength to strength in the 90s and 2000s, balancing major blockbusters (Batman Returns, Planet of the Apes, Charlie and the Chocolate Factory) with more personal projects (Edward Scissorhands, Ed Wood, Big Fish). He also produced such hits as The Nightmare Before Christmas and Batman Forever.

Burton’s last major film as director was the 2019 live-action remake of Dumbo, which reunited him with actor Michael Keaton. Next, Burton will produce and direct live-action Netflix series Wednesday, based around the daughter of the Addams Family.