Where Are The Cast Of ER Now?

Back in the 90s, the only TV medical drama worth watching was ER. Massively acclaimed by critics and a huge hit in the ratings all over the world, the show proved a massive success with real longevity. It ended in 2009 after its 15th season, by which time it had accrued a slew of awards, and boosted the careers of a great many well-respected actors. Let’s take a look at some of those ER stars, and what they’ve done since being on the show… 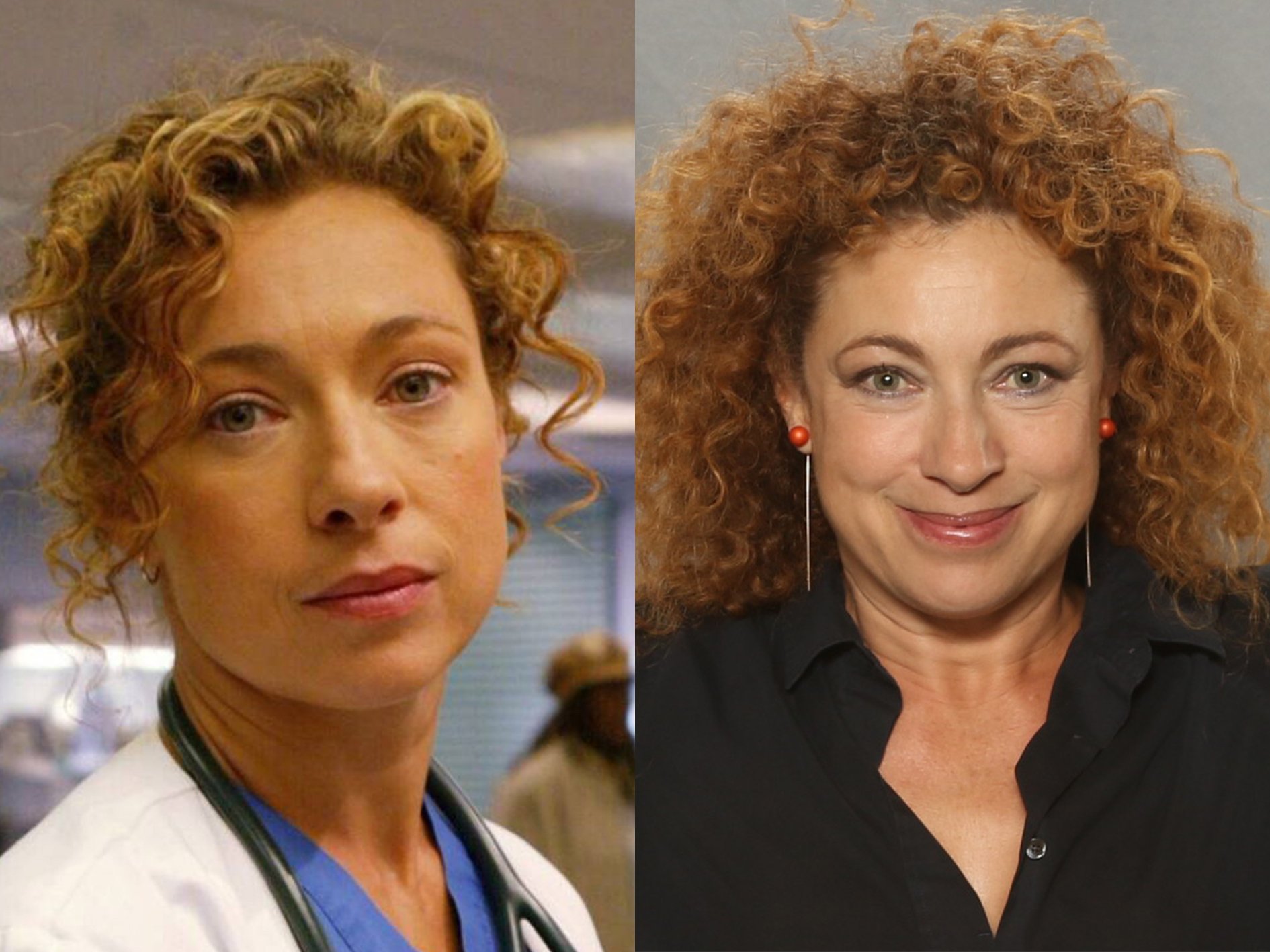 British actress Alex Kingston played Dr. Elizabeth Corday on ER for over 160 episodes. Corday was the feisty and opinionated English doctor that everyone loved to hate. She married Dr Greene in season 7 before leaving County General Hospital to move back to England in Season 11.

Since her time on ER, Kingston has had a successful career in television, most famously playing the recurring fan favourite character River Song in Doctor Who. She’s also bagged recurring roles in programmes such as Law & Order: SVU, CSI: Crime Scene Investigation and Arrow. 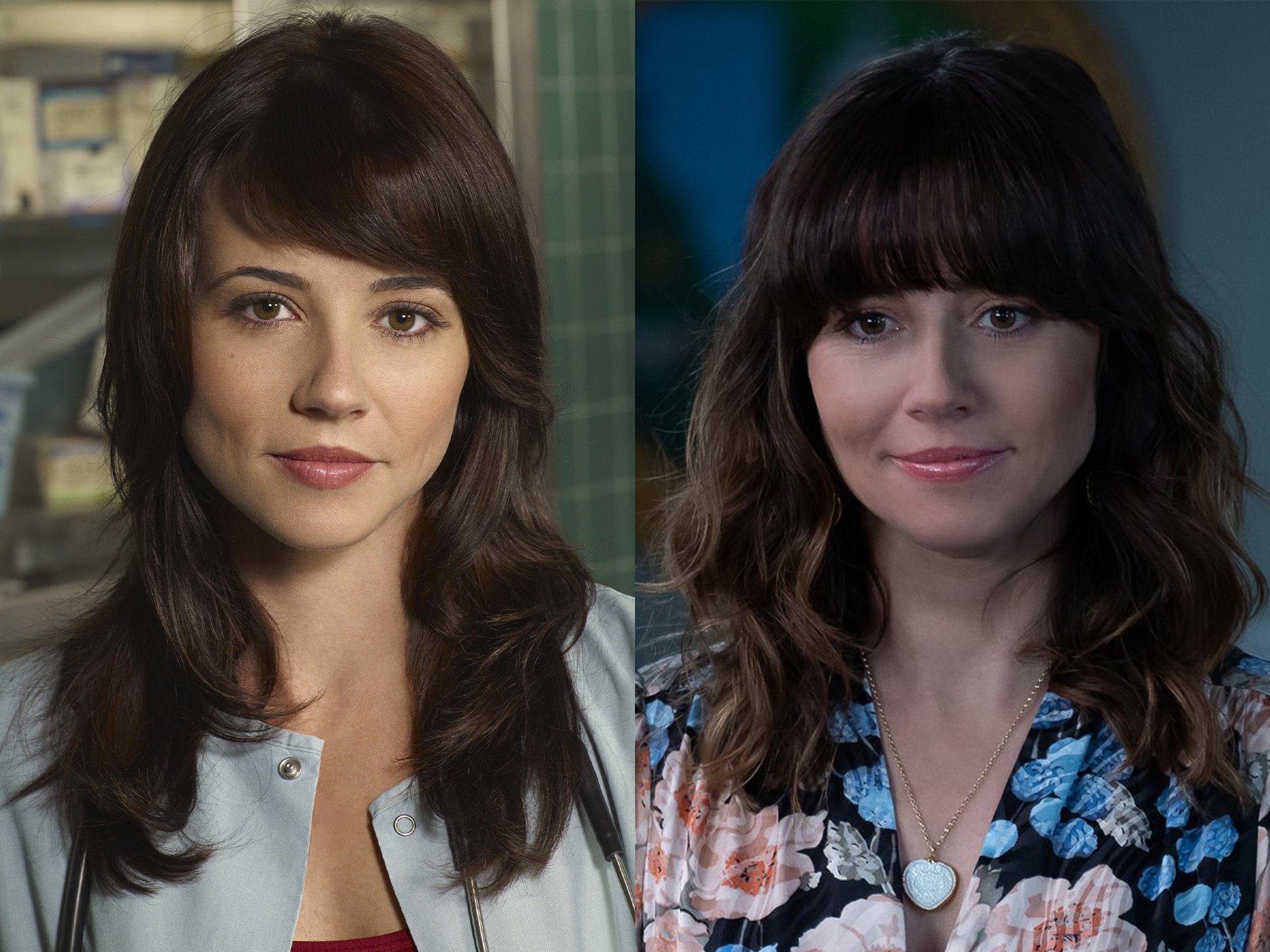 Linda Cardellini joined the cast of ER in season 10 as Charge Nurse and single mother Samantha Taggart, a role she ended up playing for over 126 episodes.  Taggart set tongues wagging when she began a relationship with hunky Dr Kovac, but she later got involved with Dr Gates.

When she joined the ER cast, Cardellini was best known for playing Velma in the two live action Scooby-Doo movies. She’s built up a diverse body of work since, including voice acting on cartoon shows Gravity Falls and Scooby-Doo: Mystery Incorporated, TV drama roles in Mad Men, Bloodline and Dead to Me, and a small part in Marvel’s Avengers movies. 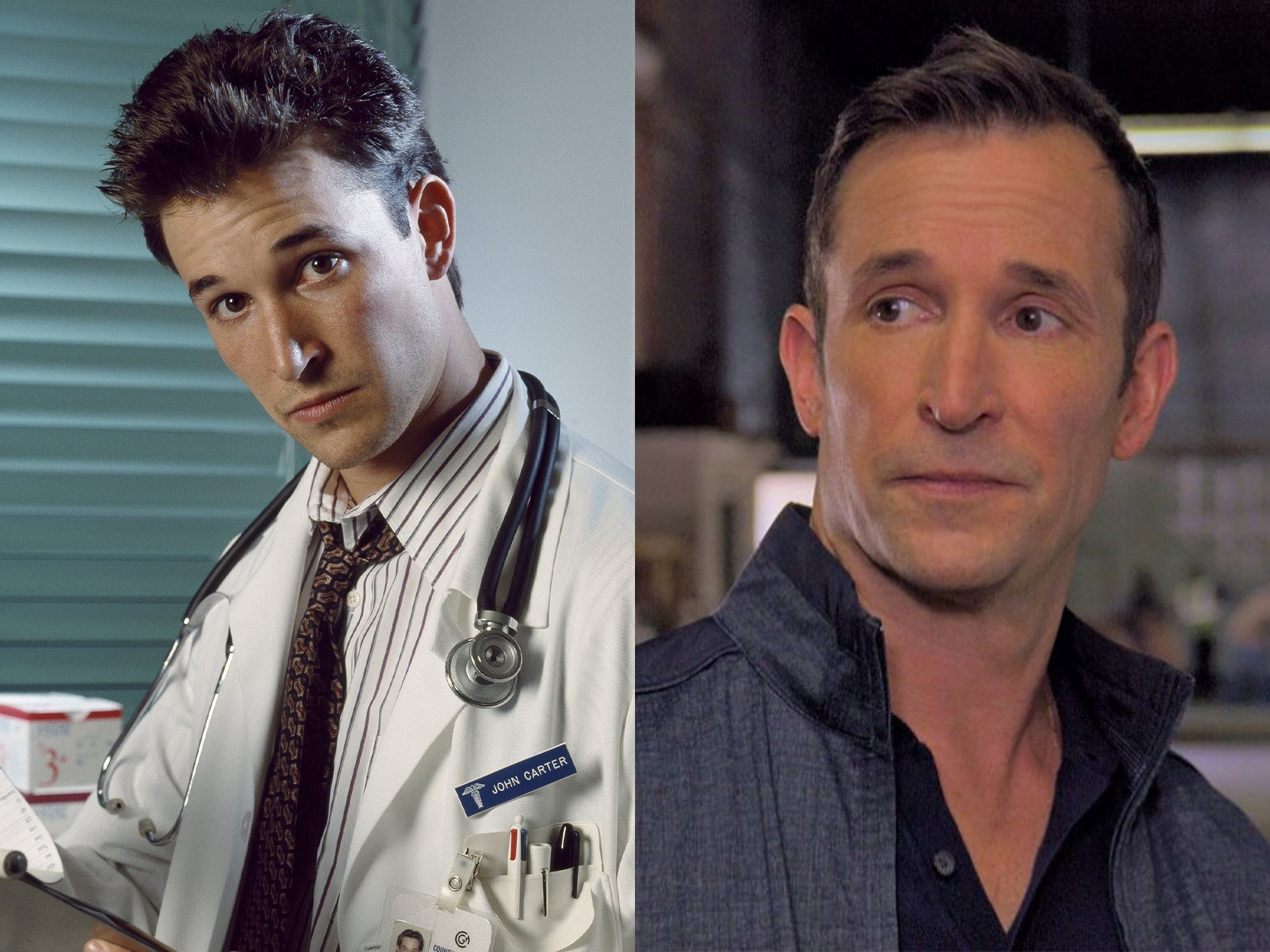 Handsome young actor Noah Wyle famously played Dr John Carter for a whopping 254 episodes of the medical drama. He was a fresh-faced newcomer at the start of the series but soon became a veteran of County General – everyone’s favourite trust fund kid, he starred in some dramatic storylines throughout the series, even being held up by Congolese guerrillas during his time in Africa!

Despite being associated with the character of John Carter for so long, Wyle has found plenty of acting work since he left ER. He was the star of TNT’s Falling Skies and appeared in The Librarians as a recurring guest star. He’s recently appeared in TV dramas The Red Line and Leverage: Redemption. 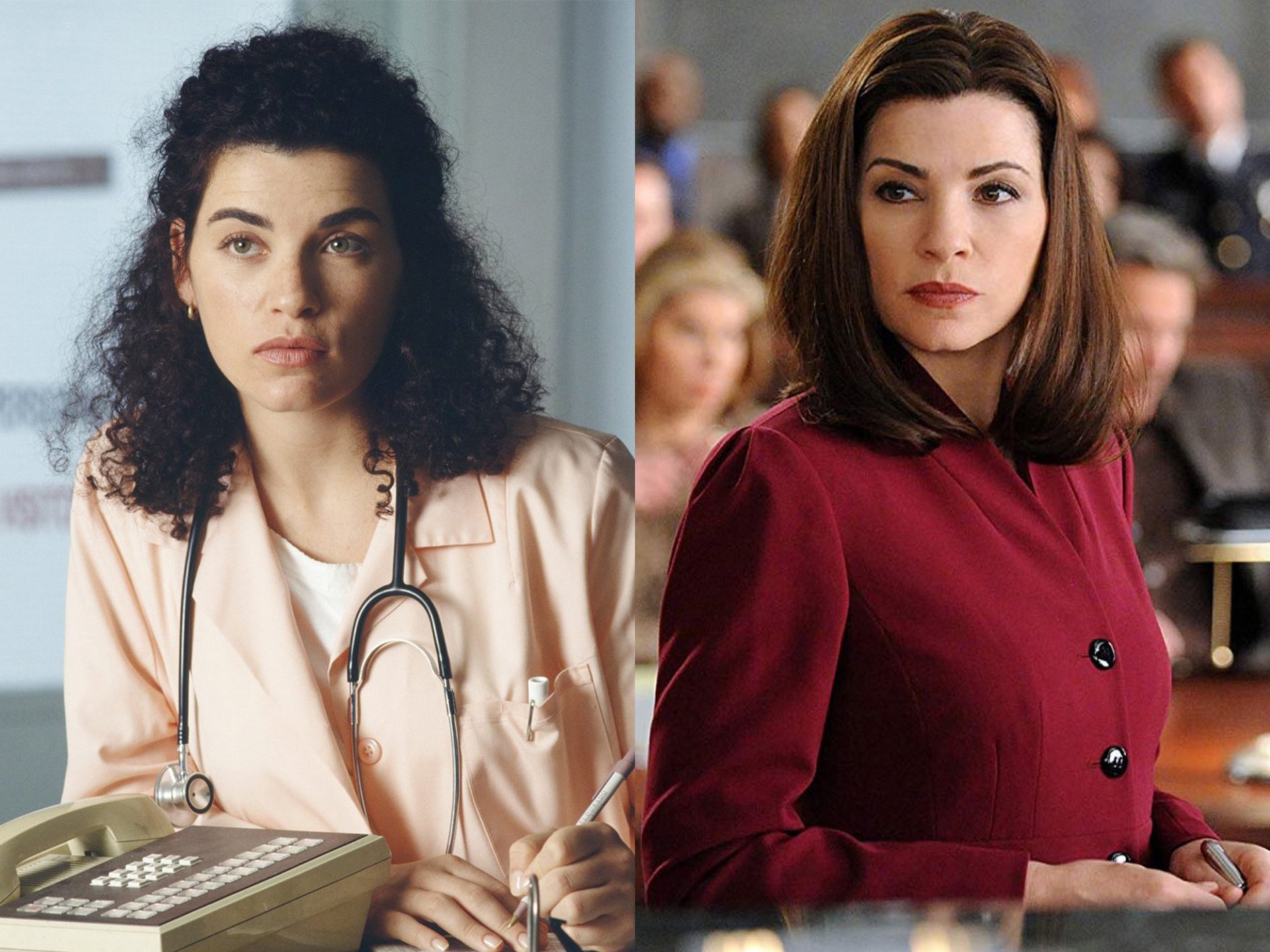 Actress Julianna Margulies starred as Nurse Carol Hathaway in over 136 episodes of ER. Viewers couldn’t get enough of her on-off romance with Dr Ross (played by everyone’s favourite actor George Clooney), but at the same time Hathaway was also a fiercely independent woman who went through plenty of drama of the non-romantic kind.

Margulies’ ER fame saw her make appearances on Scrubs and The Sopranos, as well as landing her roles in such films as Snakes on a Plane. Since ER ended, Marguiles had another small screen hit in The Good Wife, which ran from 2009 to 2016. More recently, she’s appeared in The Morning Show and Billions. 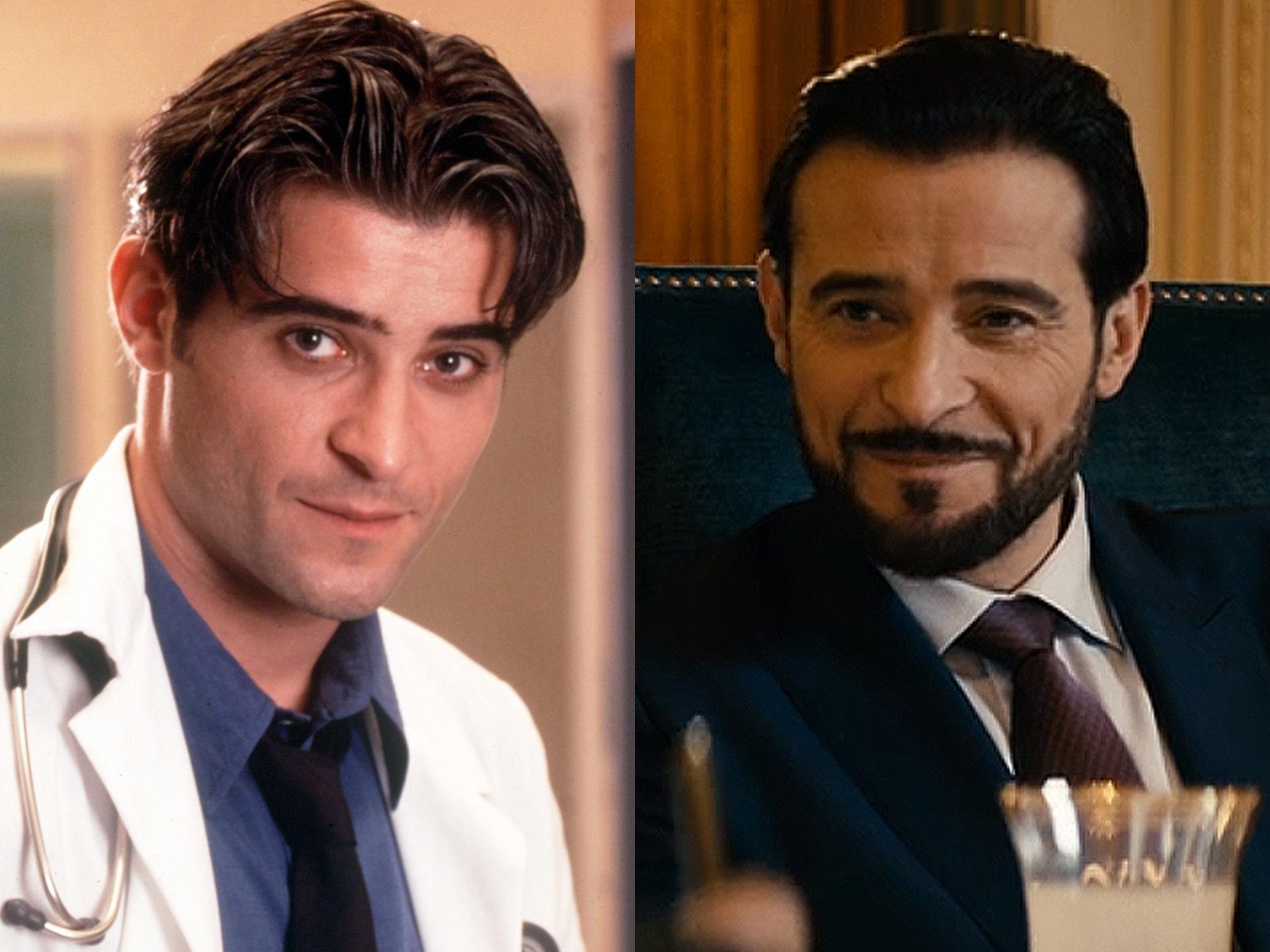 Luka Kovac was the hunky doctor at County General who made female fans swoon – he was played by the Croatian-American actor Goran Visnjic for over 185 episodes of ER. Kovac first appeared in season 6 to replace George Clooney’s Dr Ross, and remained on the series until its final episode in 2009.

Since ER, Goran has taken roles in major films including The Girl with the Dragon Tattoo and The Counsellor. More recently he’s appeared on TV’s Doctor Who and The Boys. 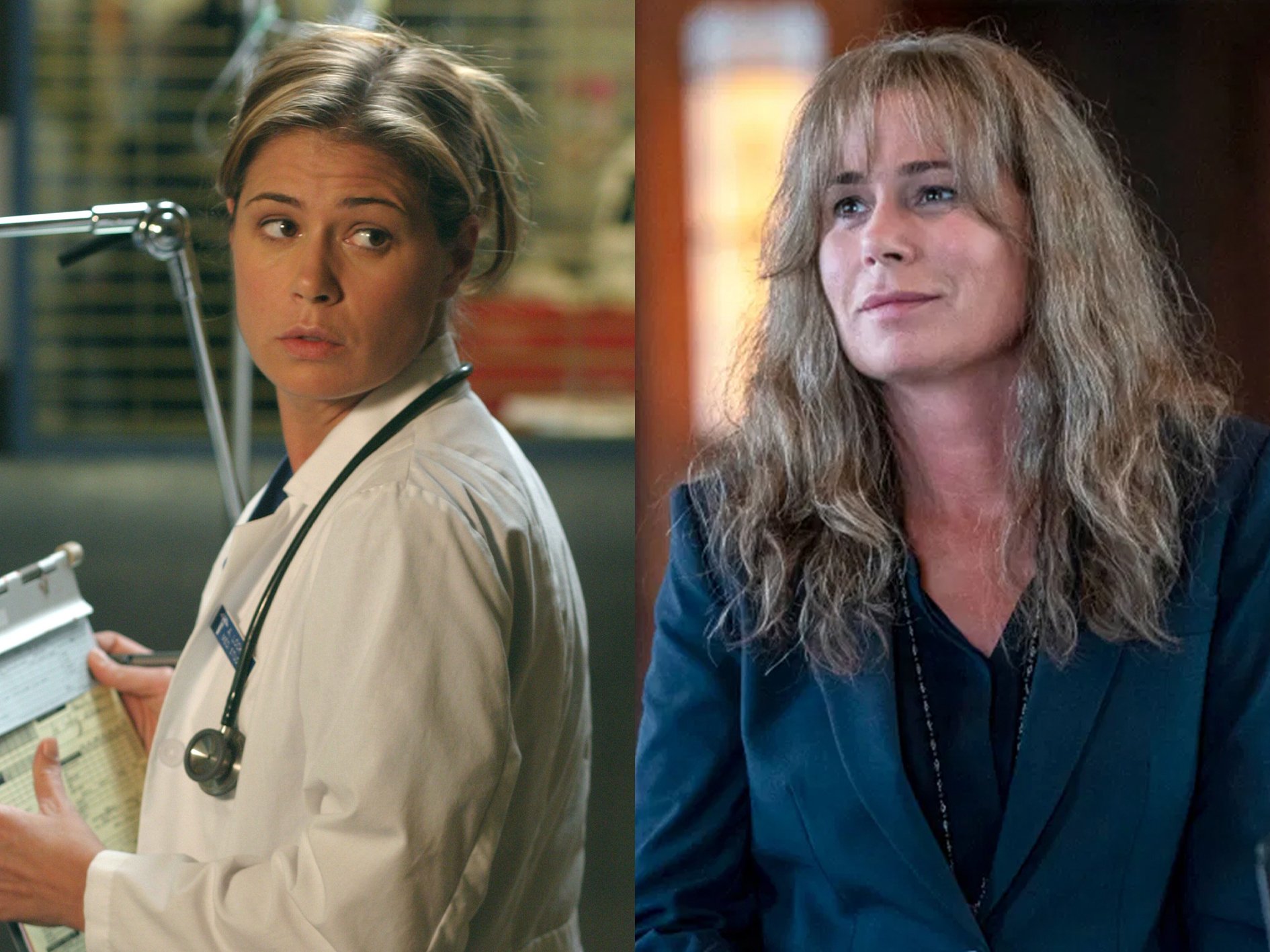 Maura Tierney first appeared as Dr. Abby Lockhart in season 6 of ER and quickly established herself as a fan favourite. She joined the cast as Hathaway’s delivery nurse and was a close friend of Dr. Rasgotra. Lockhart stayed on the show until its final episode, marrying her husband Dr Kovac and having a baby with him.

Tierney earned herself an Emmy nomination for her starring turn as Lockhart but the Netflix generation will probably know her best for her roles as Helen Solloway in The Affair, for which she won a Golden Globe in 2016. She’s since appeared in TV’s Your Honor and American Rust. 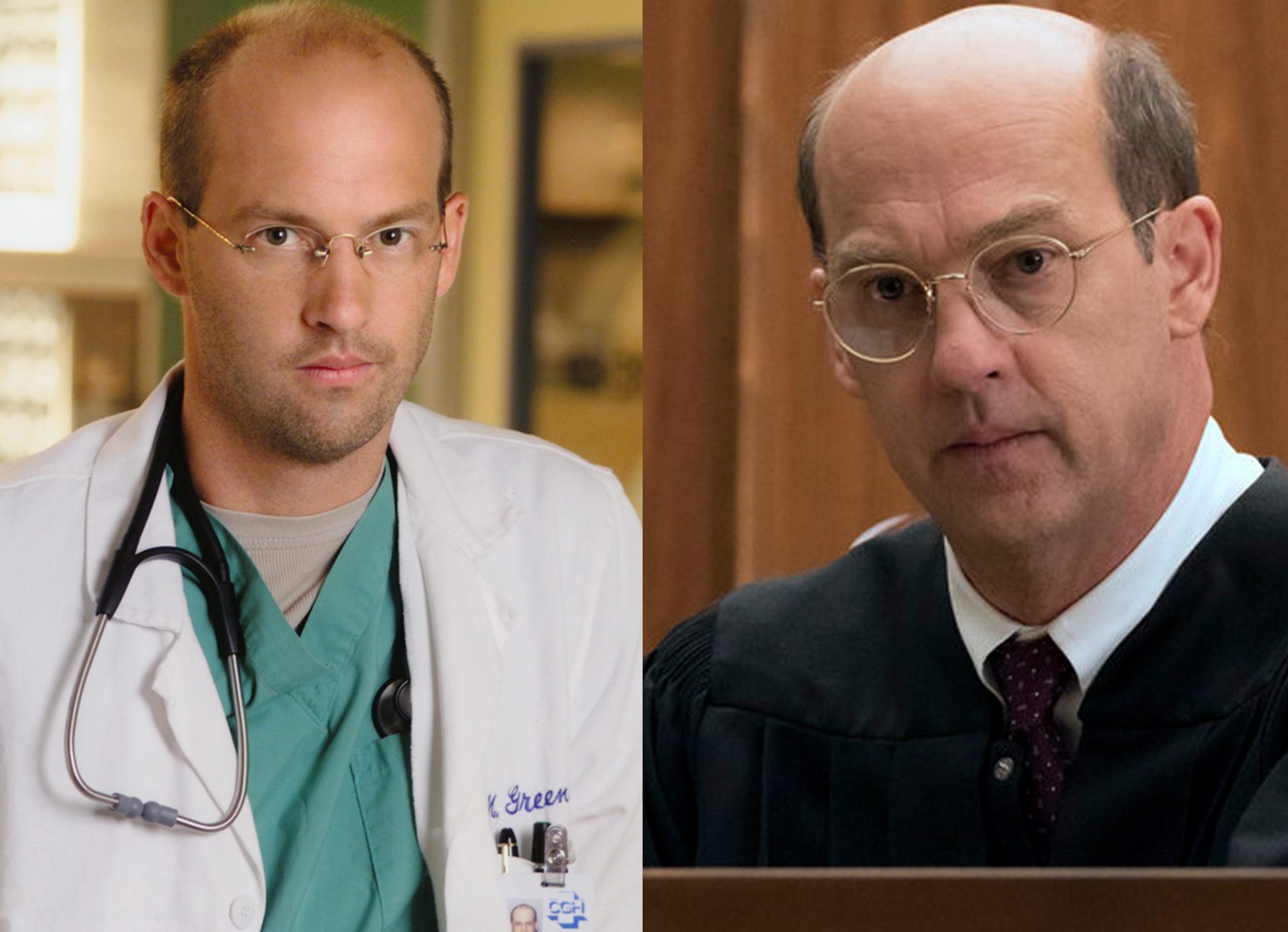 Anthony Edwards was already an established actor before joining ER, having starred in the hit film Top Gun and classic series Northern Exposure before starring as the lovable Dr. Mark Greene. Edwards became a firm favourite, appearing in 180 episodes of the medical drama, before finally being written off the show with a traumatic brain cancer storyline in season eight.

Edwards’ career has cooled off somewhat since his time on ER ended, but he’s taken roles on TV dramas Zero Hour, Billions and Law and Order: True Crime. 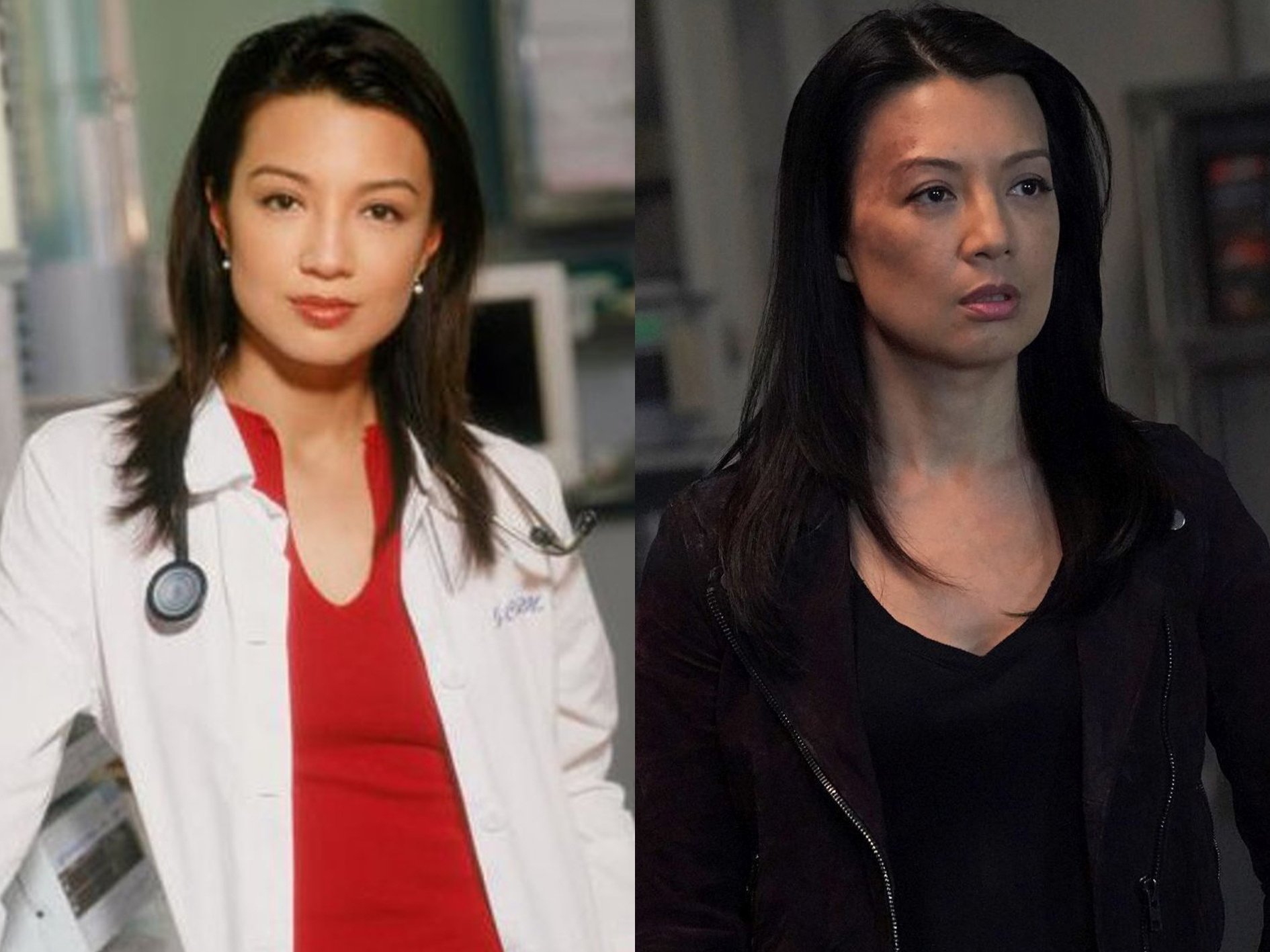 Actress Ming-Na Wen was a series regular in ER right from 1995 playing medical student Dr. Jing-Mei Chen. Her run on the show ended in 2004, after 118 episodes – but the actress has kept plenty busy outside of ER. The 90s saw her take key roles in a couple of hit movies: Chun-Li in Street Fighter, and the title role in Disney’s Mulan.

Ming-Na has worked extensively as both a live action and animation in the years since, with a particular emphasis on sci-fi fantasy. She’s appeared in TV’s Stargate: Universe, Agents of SHIELD and The Mandalorian, as well as lending her vocals to many animated shows including Guardians of the Galaxy, Star Wars: The Bad Batch and the upcoming Gremlins: Secrets of the Mogwai. 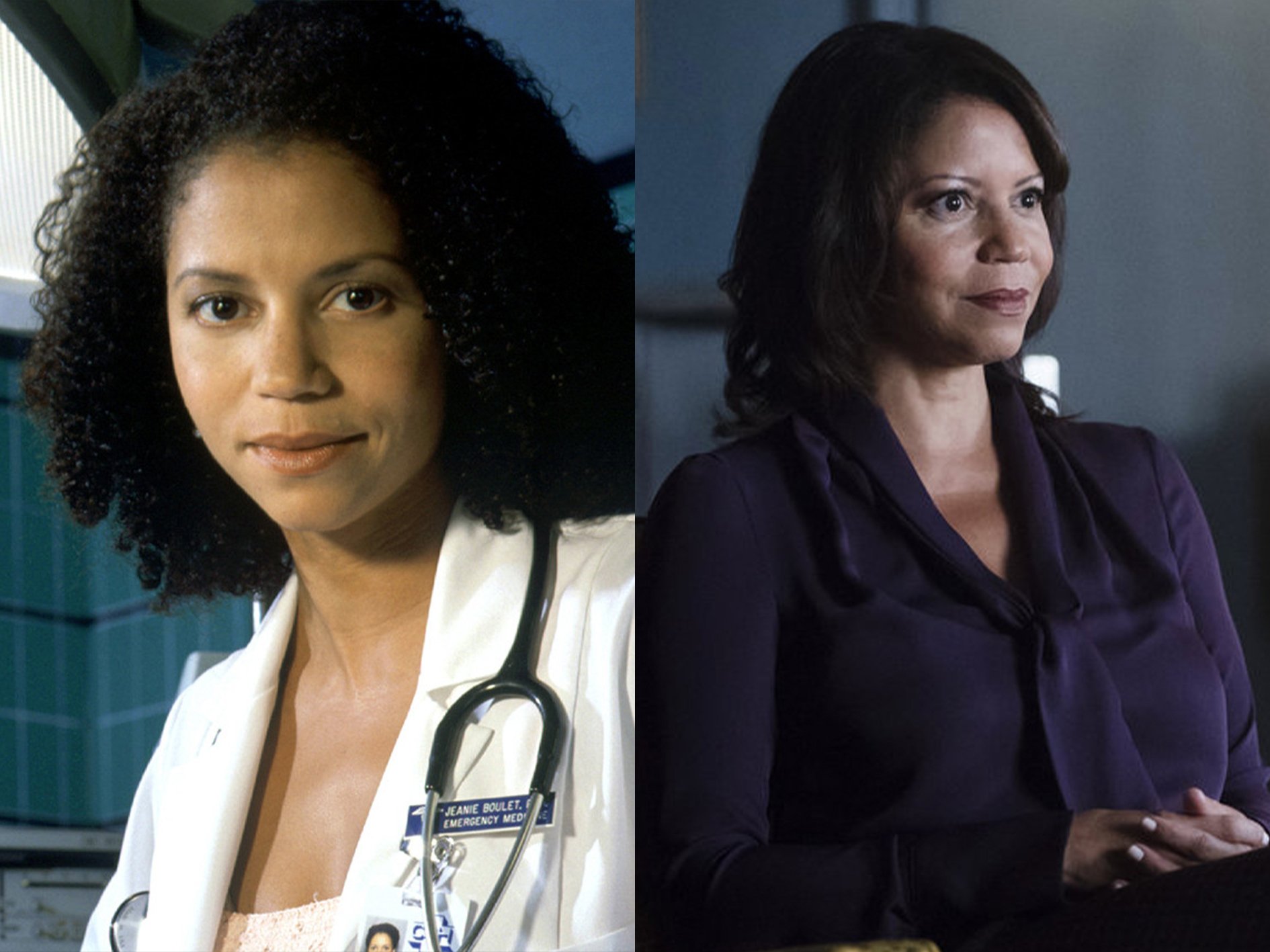 Gloria Reuben played Dr. Jeanie Boulet in 103 episodes of ER. She was initially supposed to be a guest star but fans of the show quickly invested in her relationship with Dr. Benton, and Reuben bagged a lead role from season two onwards. The character’s HIV+ diagnosis in season three meant that Reuben became a huge advocate for AIDS charities in real life.

Reuben has certainly been keeping busy since her time on the medical drama: she starred in Steven Spielberg’s Lincoln as Elizabeth Keckley was widely praised for her performance. She also appeared in the TNT series Falling Skies opposite her fellow ER alum Noah Wyle, and has recently appeared on Mr Robot and Cloak and Dagger. 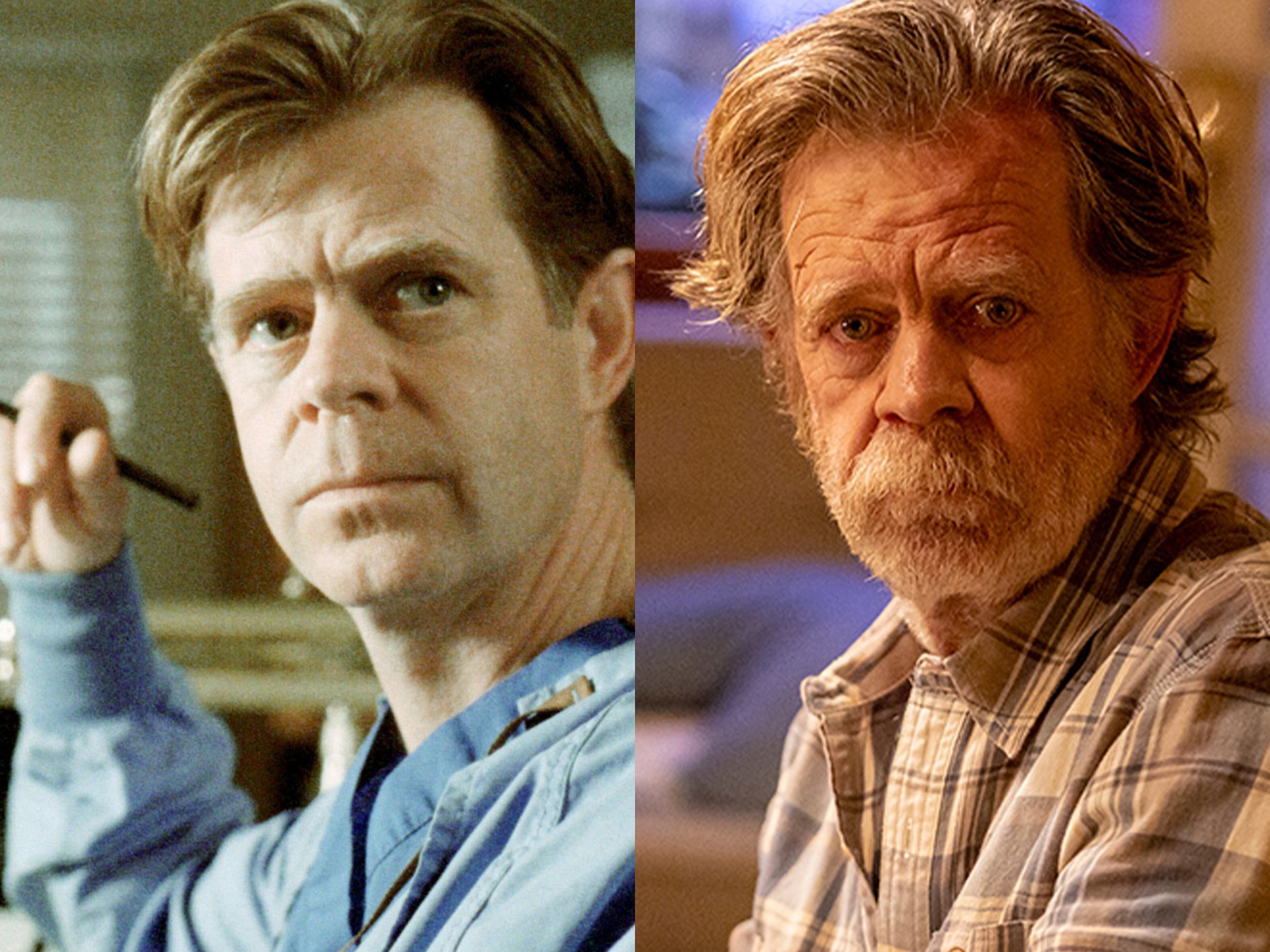 Some people might not realise that veteran actor William H. Macy actually appeared in 31 episodes of ER as Dr. David Morgenstern, between 1994 and 2009. His signature line about ‘setting the tone’ of the ER was repeated several times throughout the series, meaning that Macy cast a long shadow over the drama, despite only appearing in a relatively small number of episodes.

Aside from George Clooney, Macy has arguably enjoyed the most successful career of any former ER actor. He’s an Oscar nominee for his performance in Fargo, starred in numerous acclaimed movies including Boogie Nights and Magnolia, and has won two Emmys and a Screen Actors Guild award. He’s also famed for his role on long-running TV drama Shameless. 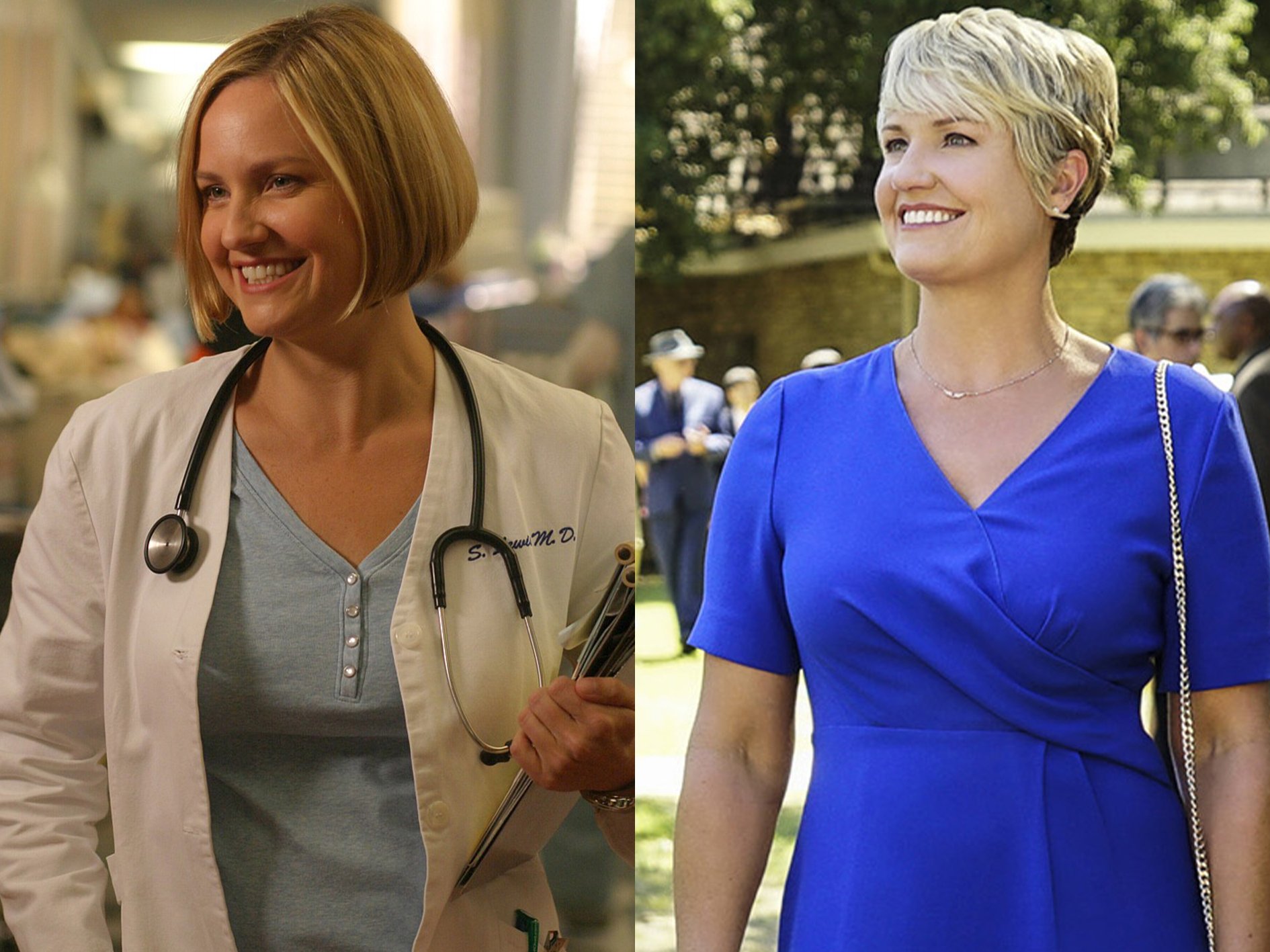 Sherry Stringfield won acclaim for her character Dr. Susan Lewis, who appeared in a total of 142 episodes of ER. Lewis was a great doctor who often let family matters (particularly issues with her black sheep sister) get in the way and distract from her medical work. Behind the scenes, Stringfield struggled with the gruelling working hours; she left the series after three seasons despite being contractually obliged to star in five, because she wanted a normal family life.

Outside of ER, Stringfield has mostly taken TV guest parts (including Curb Your Enthusiasm, CSI and Criminal Minds) and occasional movie roles (The Stepfather, The Dog Lover). 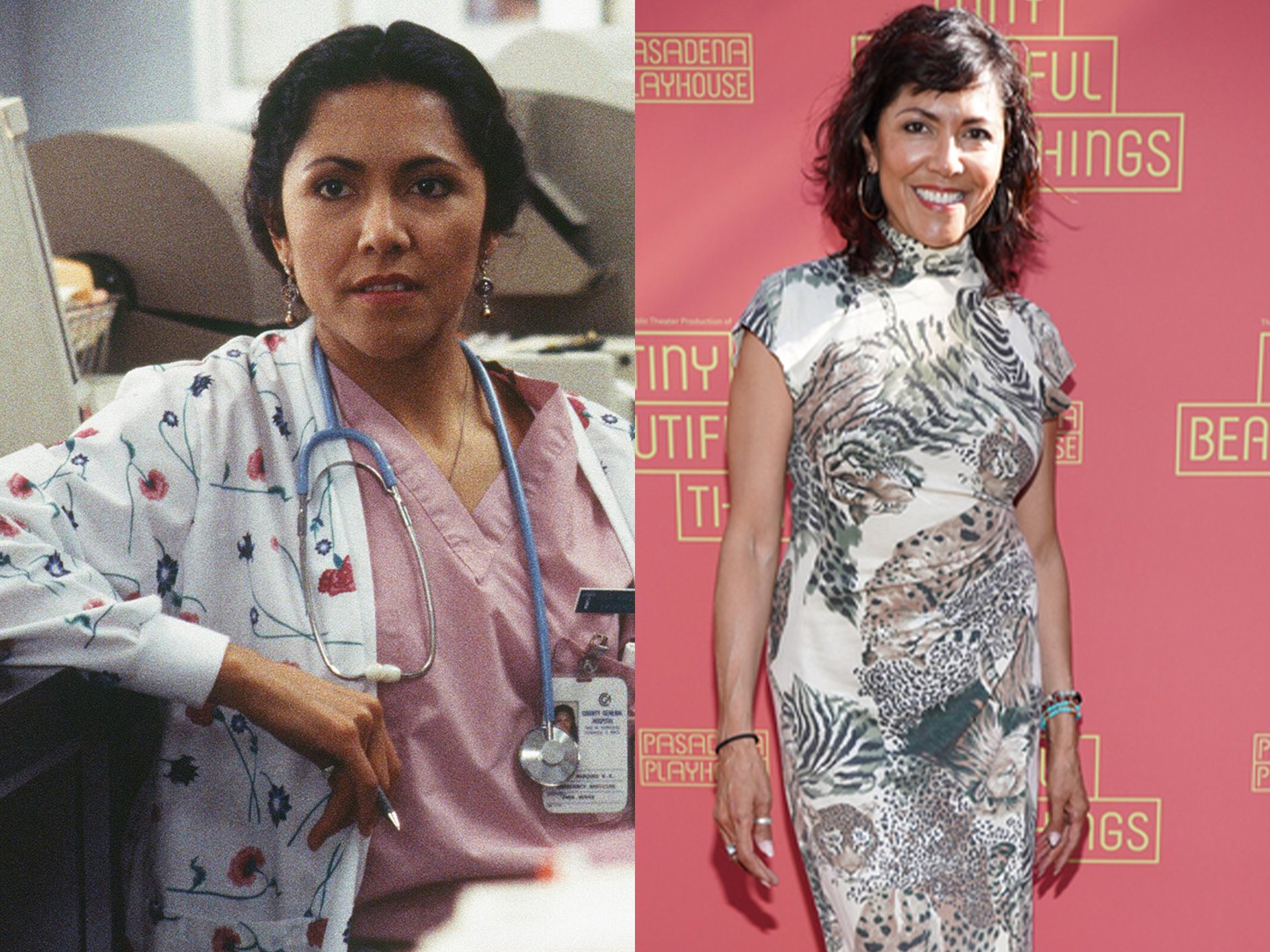 Mexican-American actress Laura Cerón played the stalwart nurse Chuny Marquez for over 219 episodes. Marquez was one of only six characters who appeared in every single season of ER until it ended in 2009.

Since then, Cerón has had a recurring role in Shameless alongside fellow ER alum William H. Macy, and has also starred in a couple of films such as The Perfect Family and Flights of Fancy. Recently she appeared in TV’s Station 19. 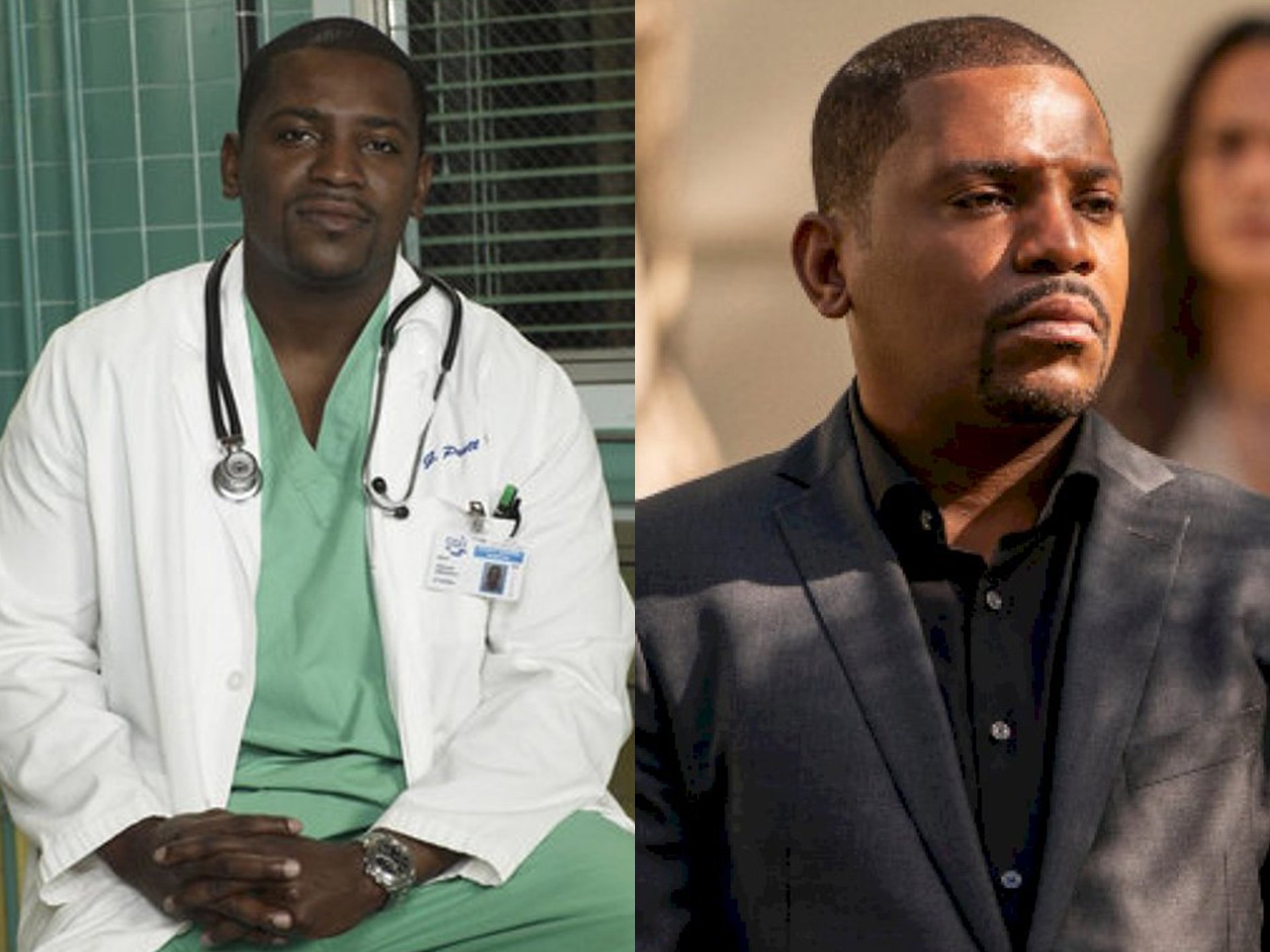 Mekhi Phifer turned up in season eight of ER as the rule-breaking doctor Gregory Pratt. He was meant as one replacement to the gaping hole that would be left by Dr Green, but Pratt ended up staying until season 15, starring in over 136 episodes before the character’s tragic death at the start of the final series.

Outside of E.R., Phifer enjoyed some early film success with roles in 8 Mile and Dawn of the Dead. In more recent years he has worked primarily in television, with roles on such shows as Truth Be Told, Love Victor and Bronzeville. 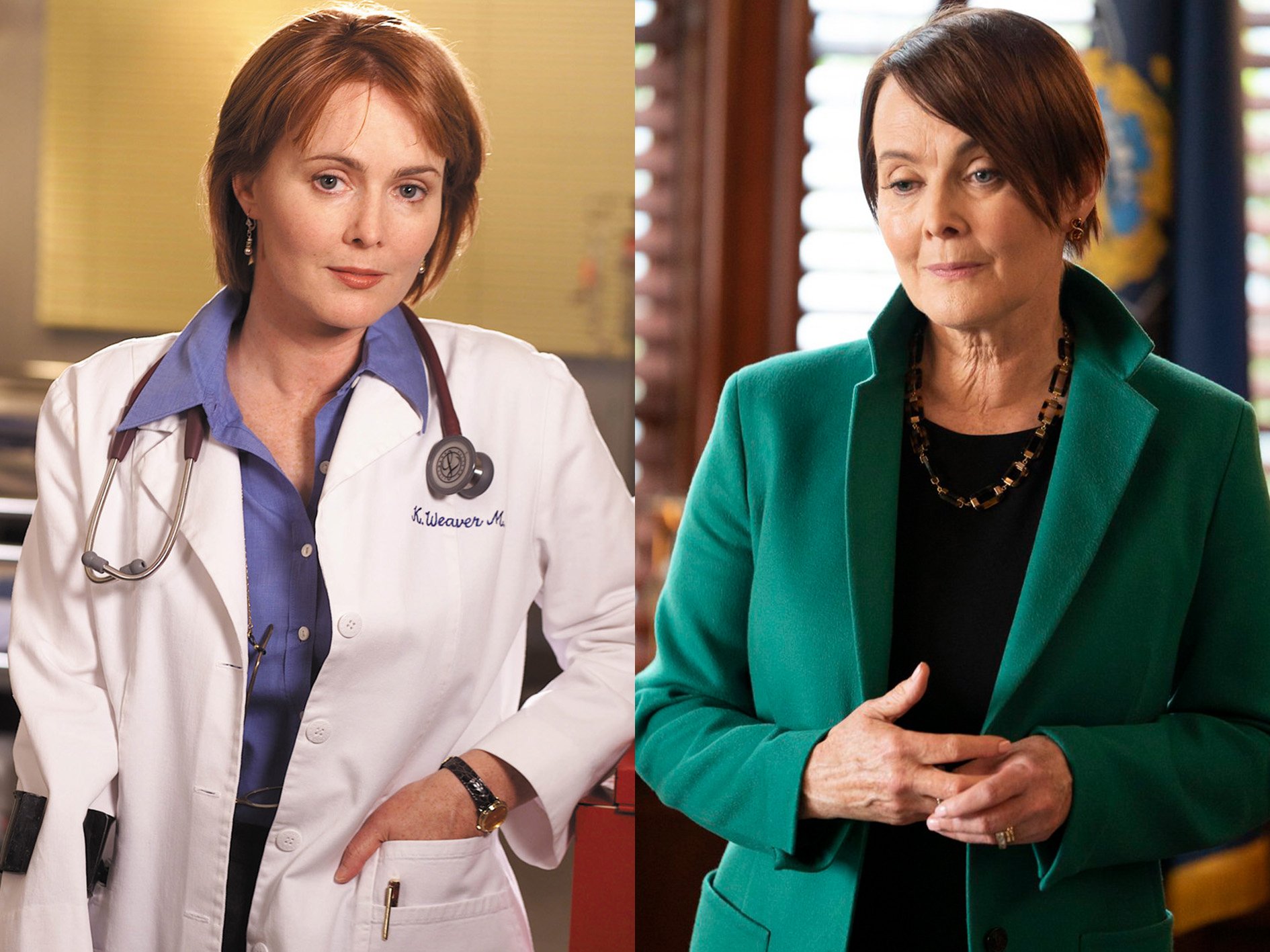 Laura Innes was a veteran of the medical drama, and starred as Dr. Kerry Weaver in over 250 episodes of ER. Weaver was ambitious and cut-throat when it came to her career, and famously had a long-running rivalry with nice-guy Dr Greene. Weaver was also a ground-breaking character, as a gay woman on a mainstream TV show at a time when LGBT+ representation was lacking.

Since leaving the show in 2009, Innes has starred in a number of other programmes including Warehouse 13 and The Event. She’s done some film work as well, but has recently returned to the small screen with a recurring roles in Colony and How to Get Away with Murder. 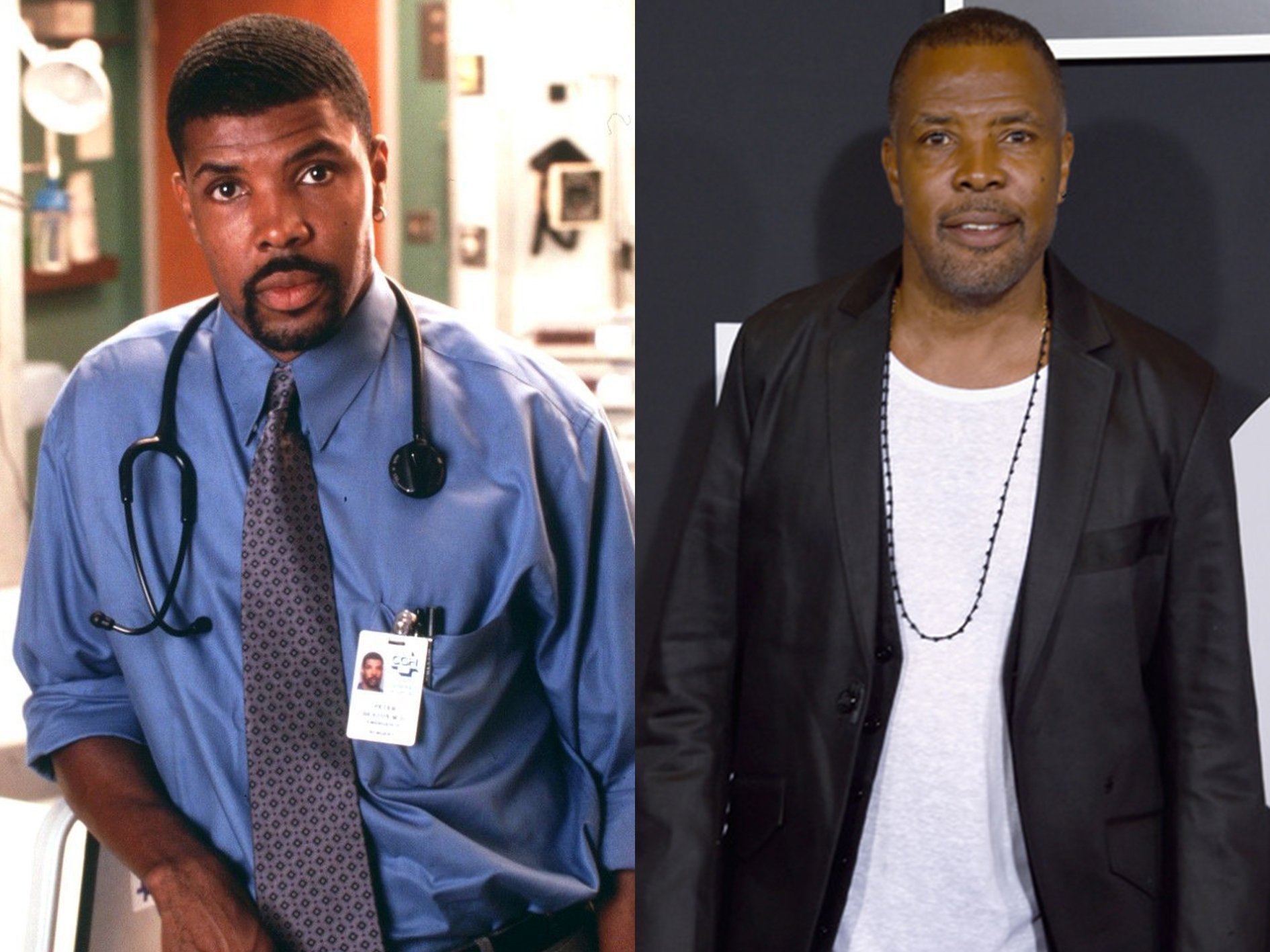 Played by actor Eriq La Salle, Dr Peter Benton was a major character at County General for 173 episodes of the hit medical drama. As a doctor he was hugely talented but had a short temper which often led him to break rules in the ER.

Since his departure from County General, La Salle has taken a number of notable roles including a supporting part in Logan, but he’s since concentrated on TV directing, including multiple episodes of CSI: Cyber and Chicago P.D.