What Ever Happened to the Cast of Dallas?

Dallas appealed to millions of viewers the world over with its depiction of the wealthy Ewing family and the struggles of JR and his brothers to control their massive oil empire.  It was a programme full of glamour, greed and in-fighting, with a healthy dose of ridiculous plot points (including the now infamous shower scene where Bobby Ewing magically ‘came back to life’!).

The show’s success meant that the large ensemble cast became household names and entered into 80s pop culture history. But where are the actors and actresses who brought Dallas to life now? Scroll down our list to find out what happened to the likes of JR, Sue Ellen and the rest of the gang! 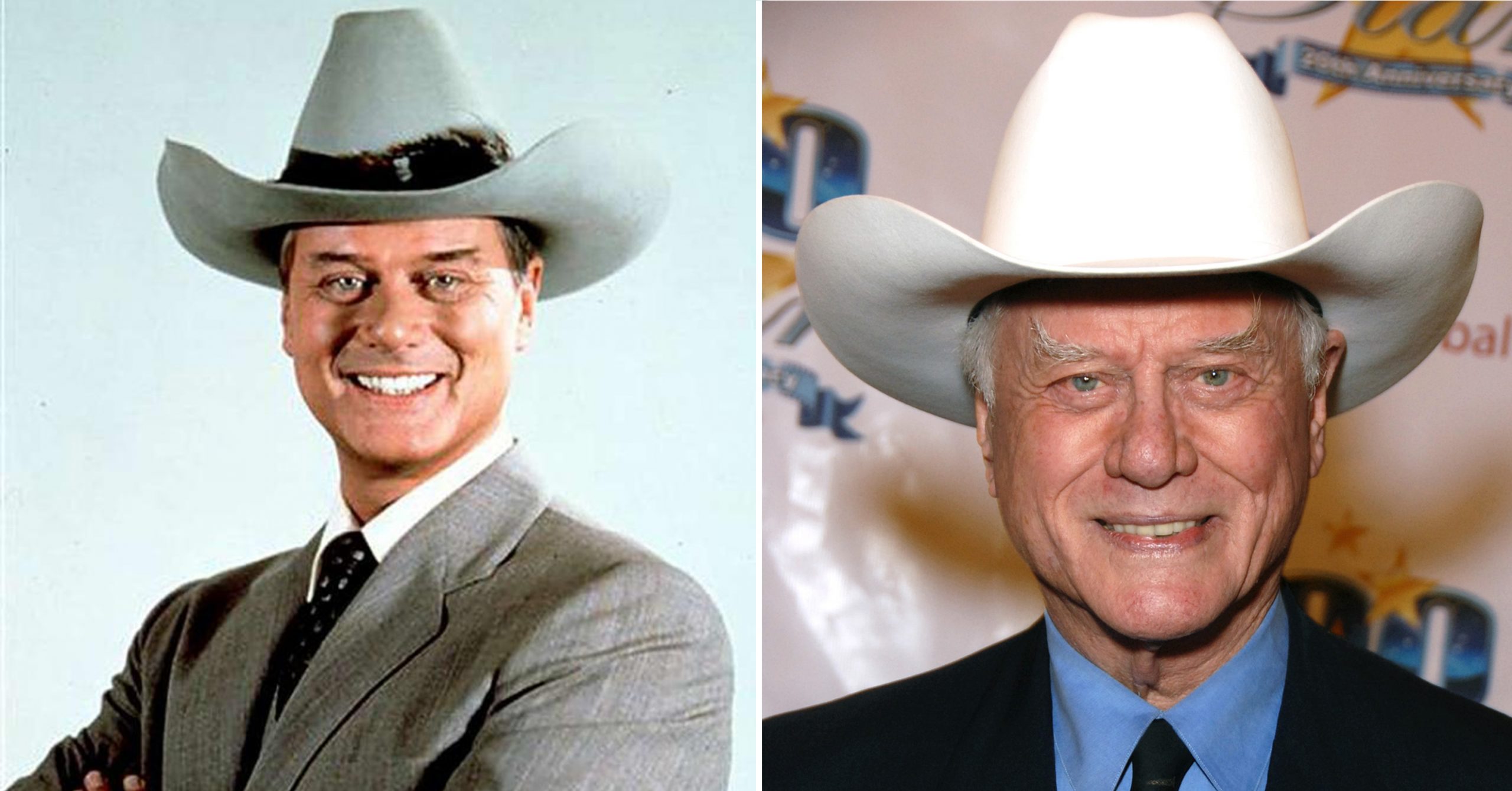 The infamous head of the Ewing clan, John Ross ‘JR’ Ewing, appeared in every single one of Dallas’ 356 episodes and also starred in several spin-off versions, including the recent reboot which ran from 2012 to 2014.

His most memorable storyline involved the last episode of the third series in 1980, in which his character was famously shot. This prompted a massive eight-month-long ‘whodunnit’ debate that entered into pop culture history and spawned merchandise including ‘Who shot JR’ t-shirts and mugs!

After Dallas ended, Hagman made guest appearances in various films and TV programmes, including Nip/Tuck and Desperate Housewives. He even appeared on British screens as a guest on the comedy panel show Shooting Stars. Sadly Hagman struggled with his health post-Dallas and developed throat cancer in 2011. He passed away in November 2012. 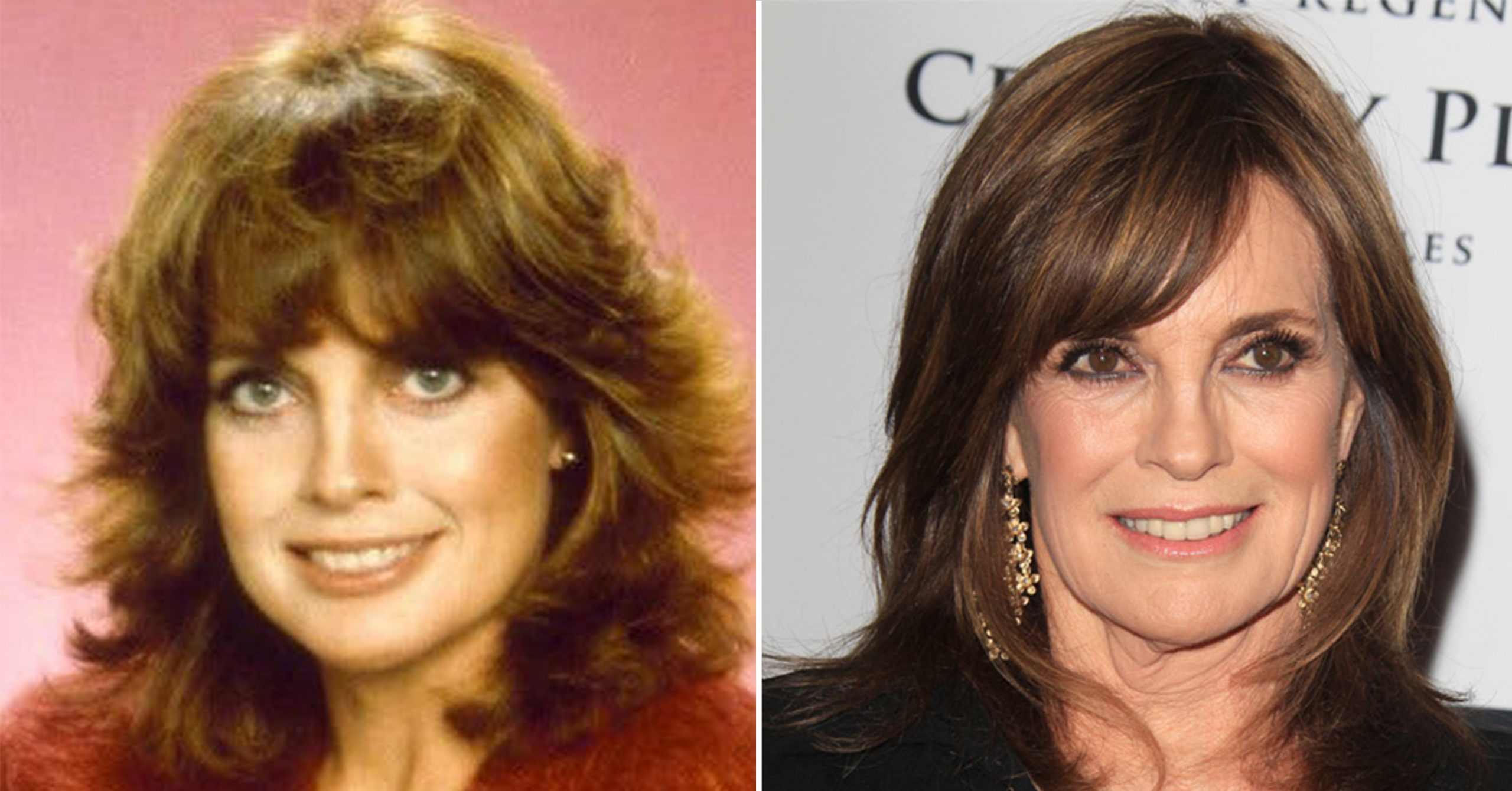 Sue Ellen was the long-suffering wife of JR, who battled alcoholism and embarked on her own affairs whilst her husband was out doing the same. Gray has described Sue Ellen as the ‘original Desperate Housewife’.

After the series ended she ventured into British television and made several guest appearances on Lovejoy in the 1990s, as well as appearing in made-for-TV movies in the USA. Gray also reappeared in the Dallas reboot in 2012 and reprised her role as the troubled Ewing matriarch.

She was married to photographer Ed Thrasher for 21 years and had two sons with him. Now aged 77, Gray is promoting her memoir, The Road To Happiness Is Always Under Construction and recently appeared on Loose Women to discuss the project. 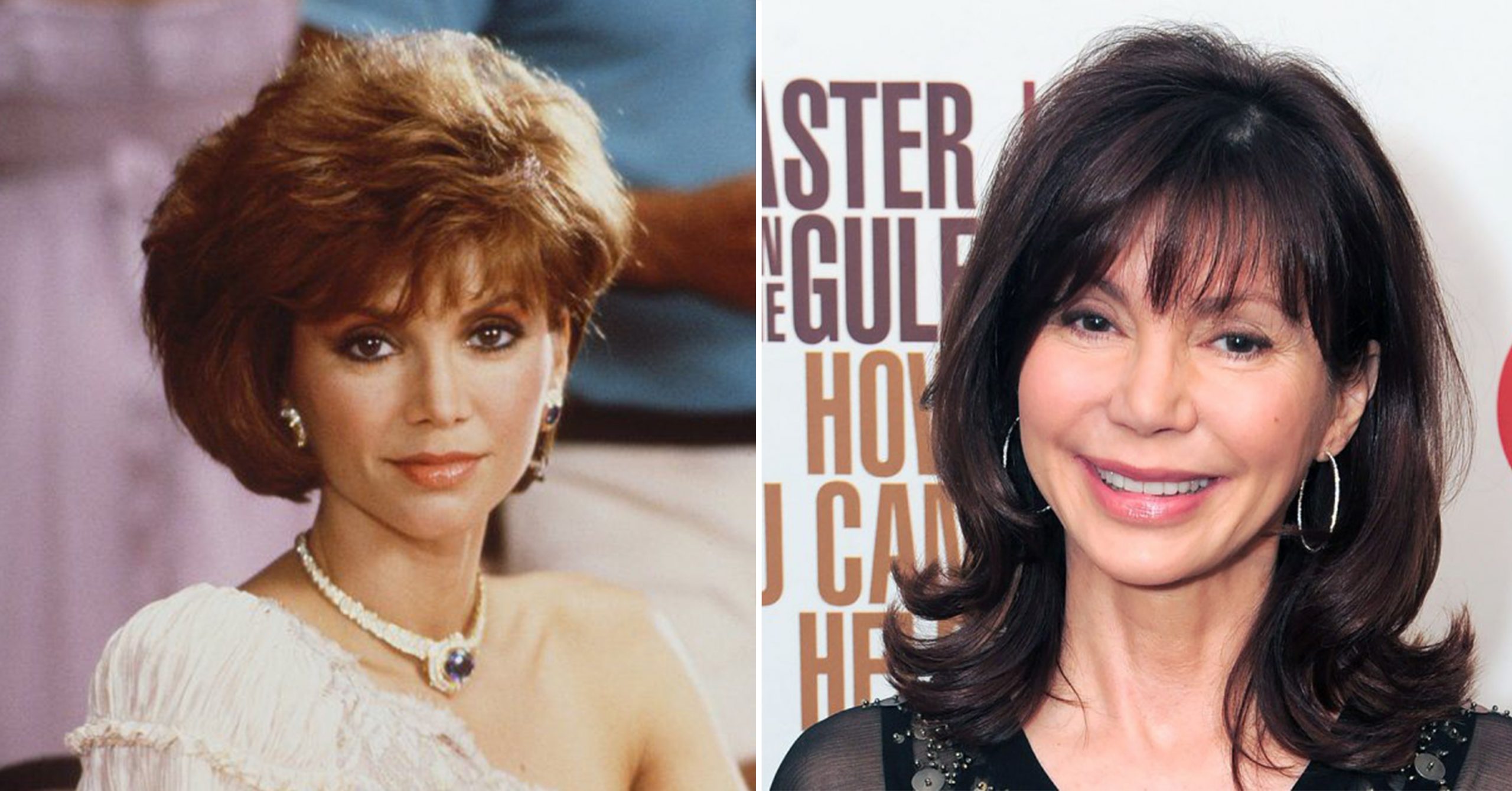 Pamela Barnes Ewing first appeared on the series as the newly-married wife of Bobby Ewing, and her character was viewed with suspicion by the other cast members due to the infamous Barnes/Ewing oil rivalry. Principal was a method actor and as a result, she often kept her distance from members of the cast in order to reflect her status as an outsider.

Since she left the series in 1987, her post-Dallas acting career has involved numerous guest appearances in TV movies. She has also carried out charity work and set up an environmental not-for-profit charity in 2006 which donated $200,000 towards cleaning the Gulf Coast oil spill in 2010.

In 2017, she donated funds to help those people caught up in the Southern California wild fires, and in August of that year she sent a fleet of rescue boats to rescue animals caught up in Hurricane Harvey. 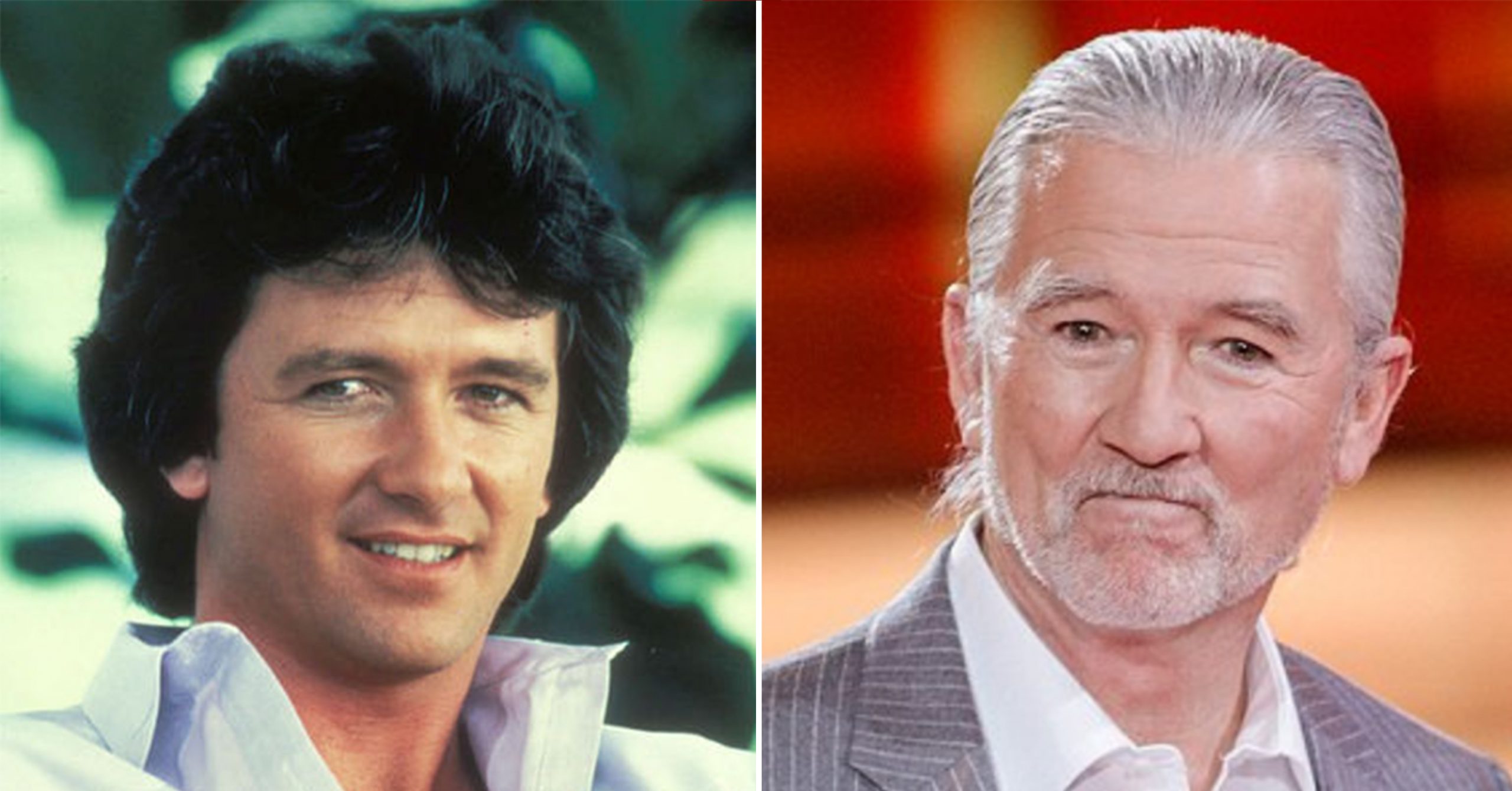 Actor Patrick Duffy got his acting break when he was cast as the youngest Ewing son Bobby in Dallas. His character held the family together and was always trying to do the right thing, a trait which often put him at odds with older brother JR.

Bobby was killed off in 1985, only to return a year later in the infamous ‘shower scene’, where it’s revealed that the incident was simply a dream his wife Pam had one night.

After his Dallas days finally came to an end, Duffy earned himself a recurring role in Step by Step and then The Bold and the Beautiful from 2006 to 2011. He was also involved in the Dallas revival which ended in 2014. Duffy has been married to wife Carlyn Rosser, a professional ballet dancer 10 years his senior, for 41 years. They have two sons together. 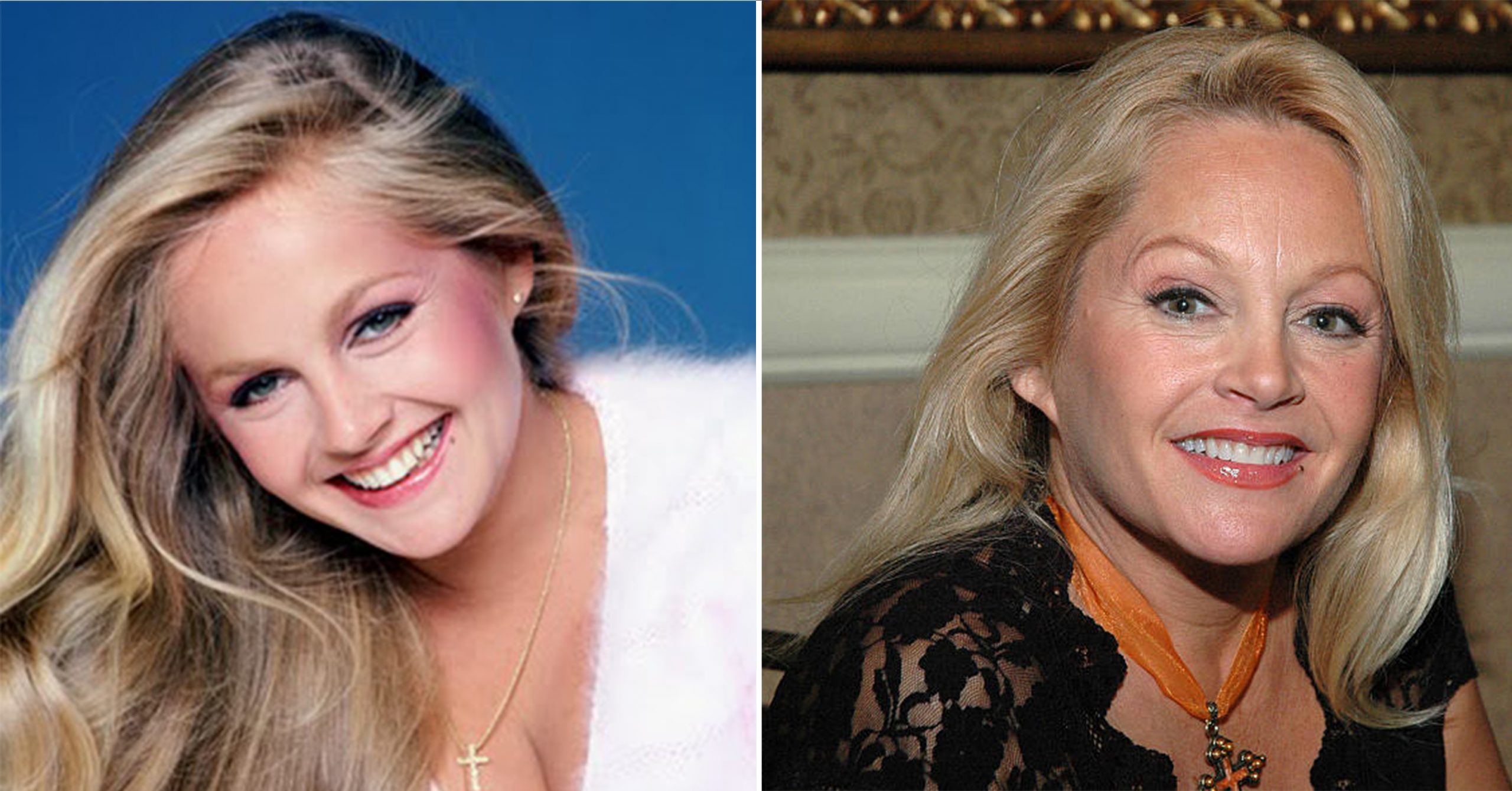 Lucy Ewing was a rather different personality to the other characters on the series, and was something of a wild-child. She could usually be found skipping school to roll around in the hay with older men, and Lucy even earned the nickname ‘poisonous dwarf’ due to her 4ft 11in height.

Actress Charlene Tilton had a brief pop career in the 1980s, but has since struggled to find regular work. She told the press that she was excited about going back to Southfork Ranch for a Dallas reunion, telling one Texan newspaper: “I know this sounds crazy, but Southfork is like a second home to me.” 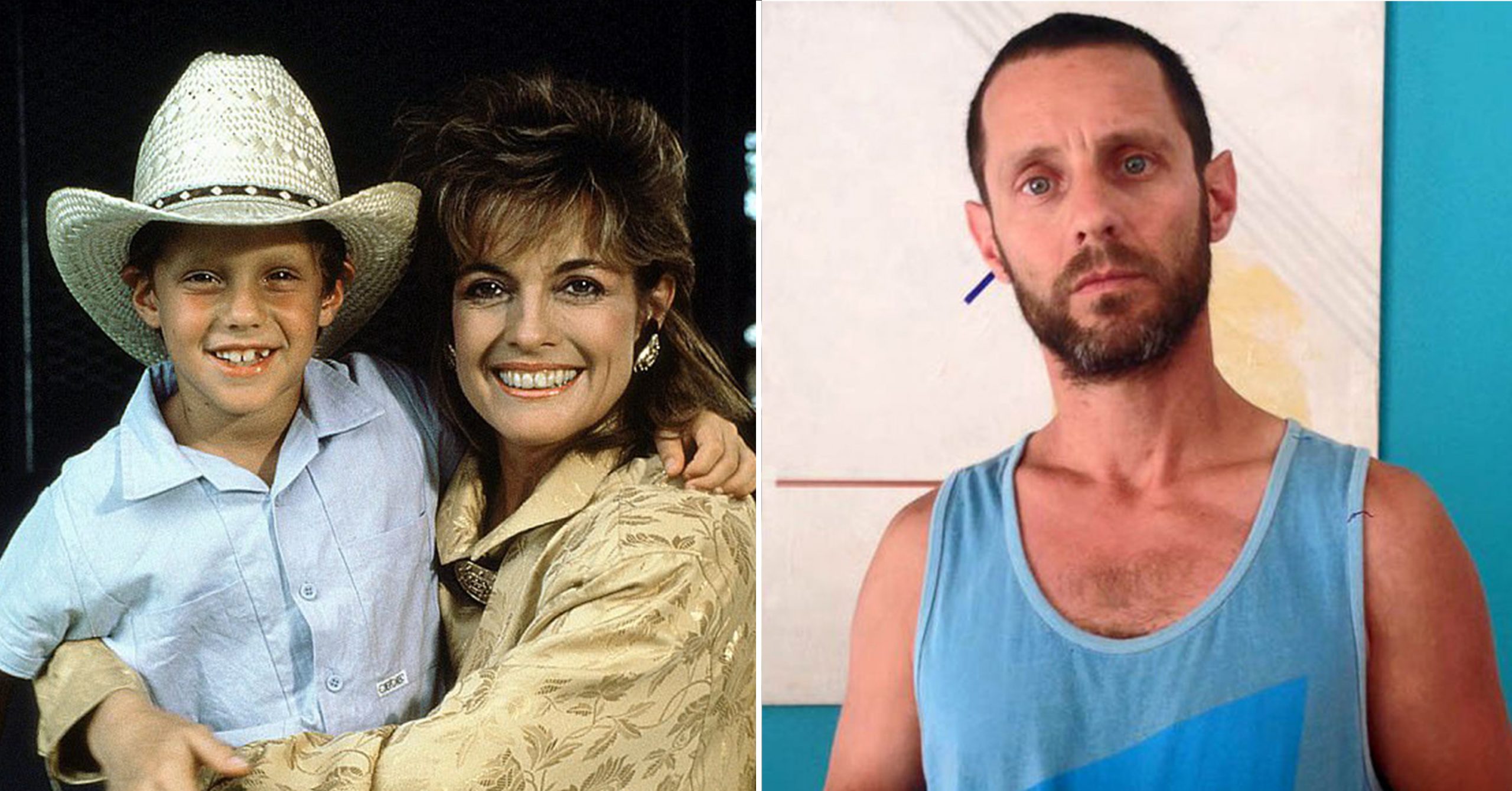 John Ross Ewing III was everyone’s favourite oil heir on the programme. He was loved dearly by the entire Ewing family and was the child of JR and his wife Sue Ellen.

John Ross was played by Omri Katz for much of the original series. Although John Ross was only a baby in earlier seasons, Katz joined Dallas in 1983 and stayed until the series ended in 1993. Since then Katz initially pursued a career in acting and starred in programmes and films such as Hocus Pocus, Eerie, Indiana and Zorro. However, he last appeared on screen in 2002 and now works as a hairdresser in LA. 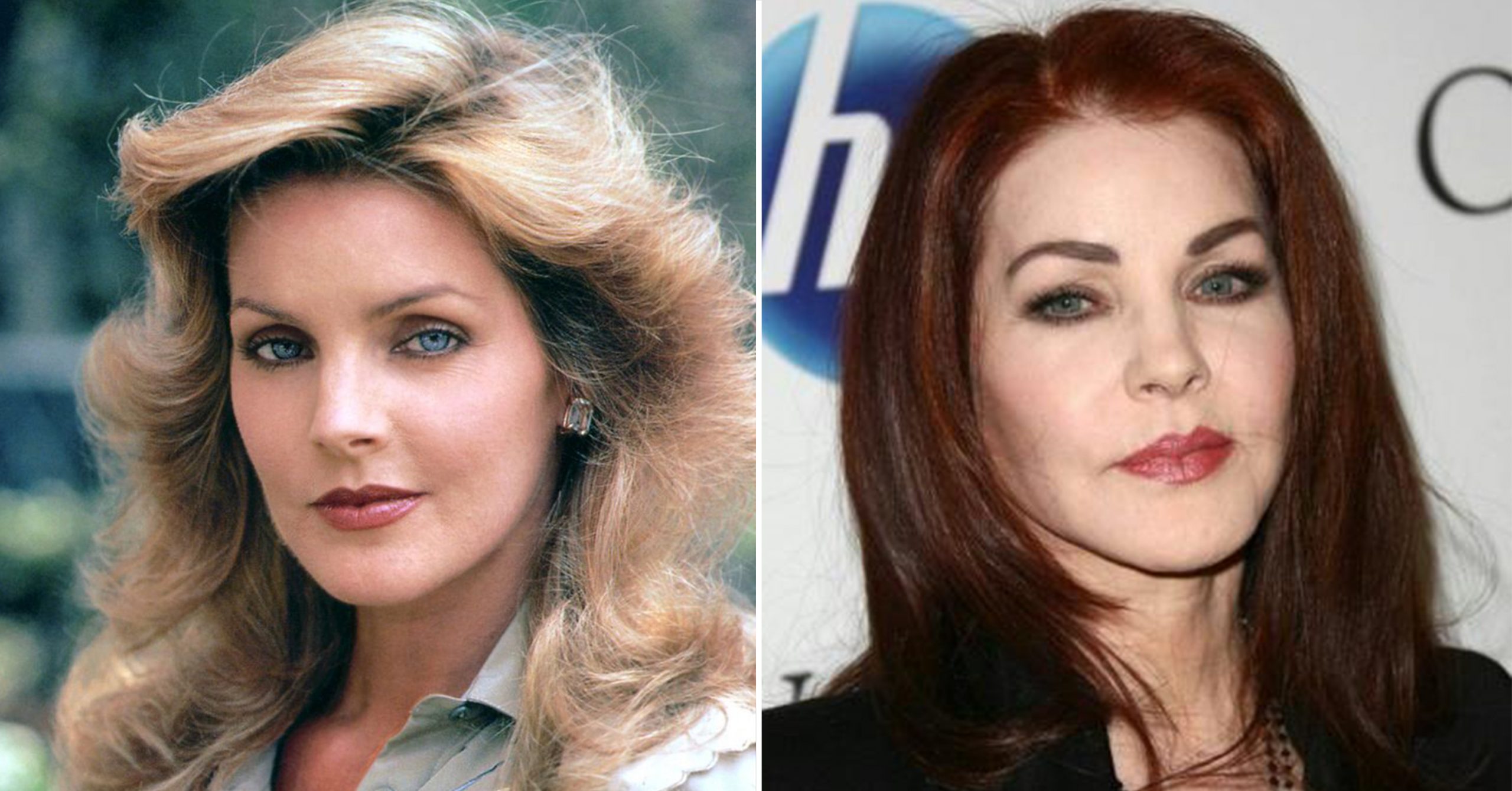 Priscilla Presley brought even more glitz and glamour to the programme when she joined Dallas in 1983 to play JR’s girlfriend Jenna Wade. She remained a series regular until 1988 and even became Bobby’s one-time love interest during her time on the show.

The ex-wife of Elvis and mother to his only child, Lisa-Marie, Priscilla has remained in the public eye throughout the years thanks to her husband’s musical legacy and various acting roles. The star has also promoted features about her old flame, the King. 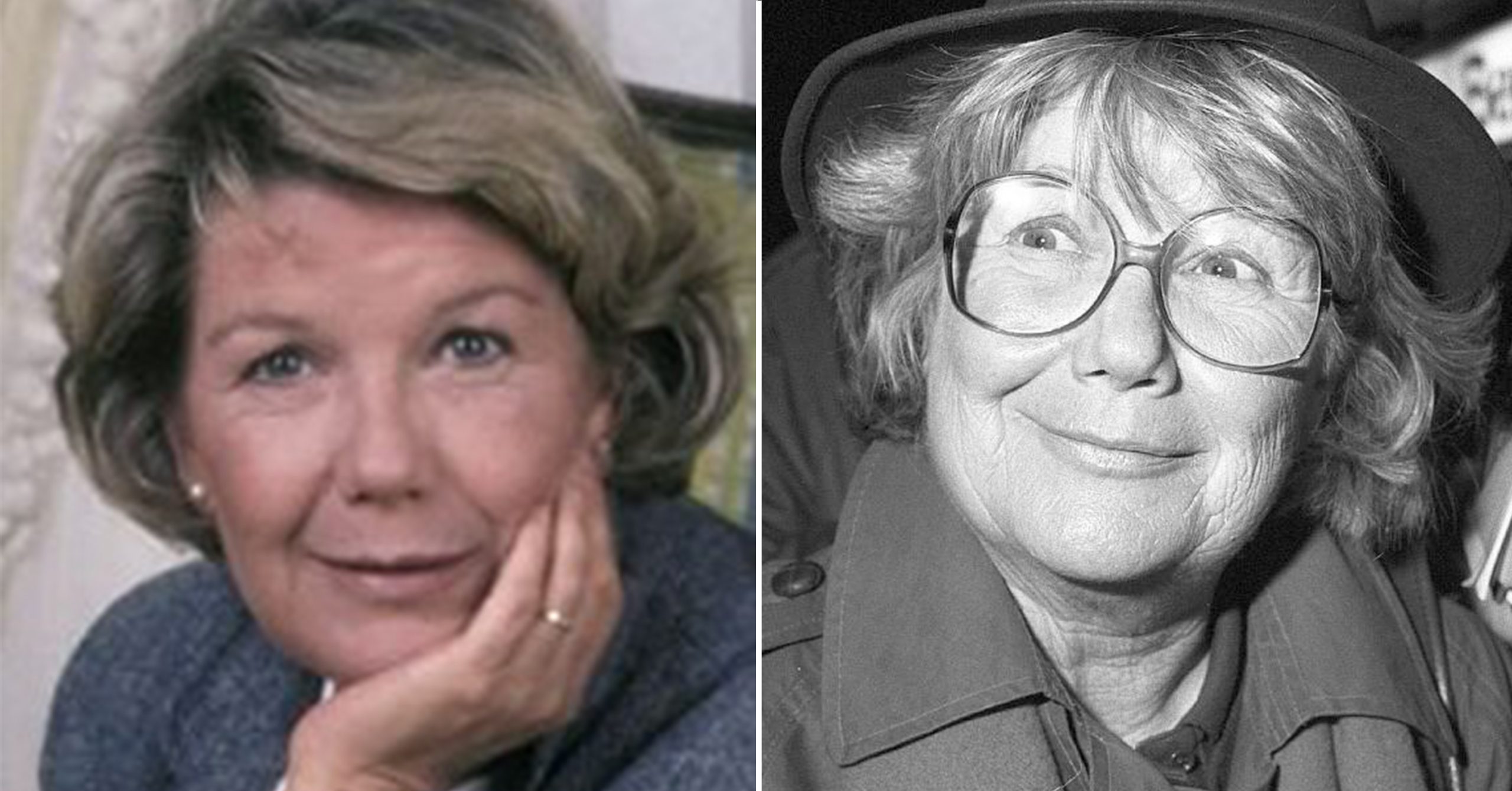 Viewers will always remember ‘Miss Ellie’ as the Ewing matriarch who was constantly trying to keep her warring family members together. She starred in every season except one in 1984, when she was recovering from heart surgery and had to be replaced by Donna Reed.

Before her turn in Dallas she had been an Oscar-nominated actress with a long career in Hollywood and Broadway. After the show ended, she immediately retired from acting and moved to Maine, where she worked as a fine artist. She sadly died in August 2005, aged 82. 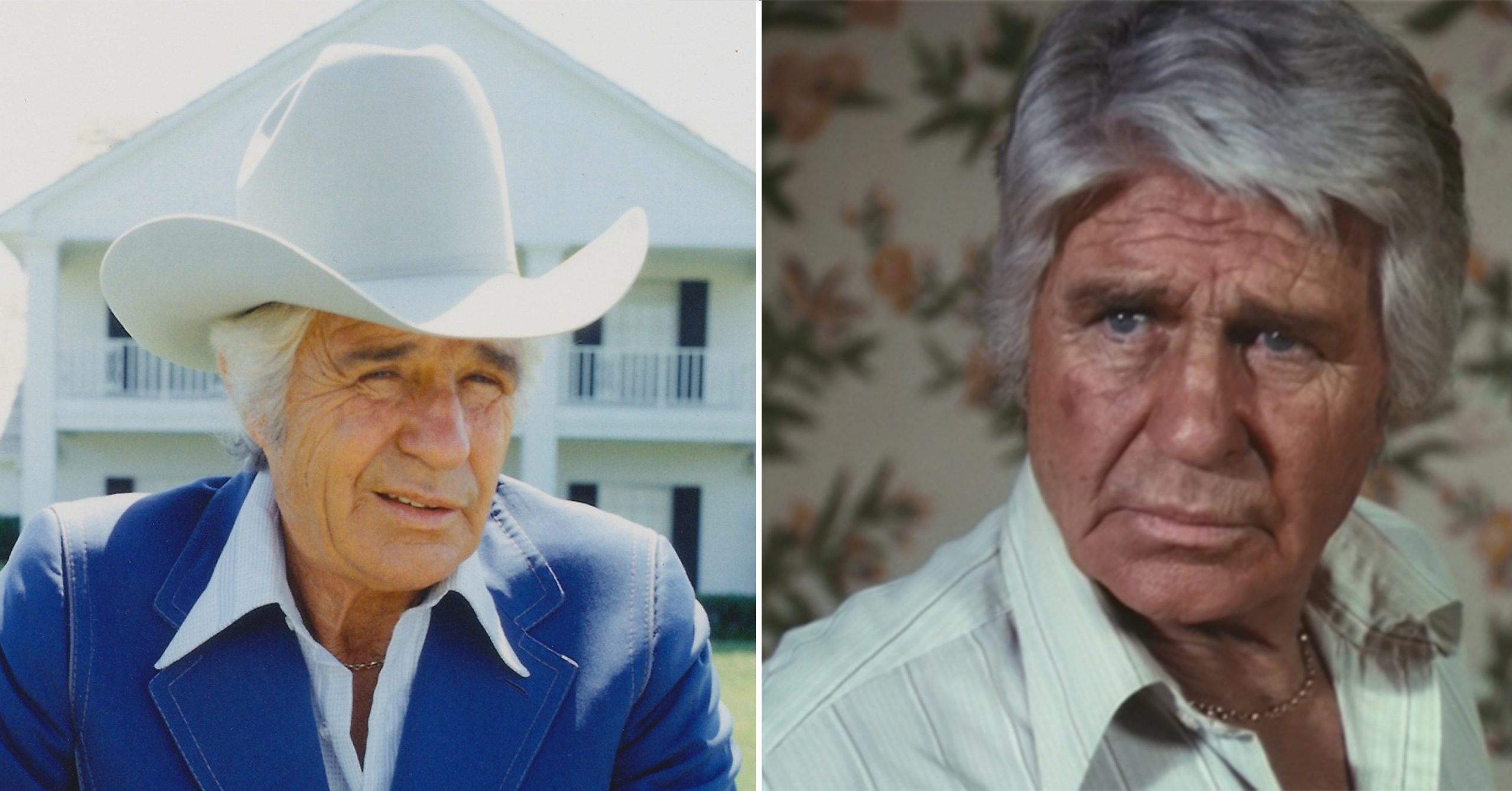 Jock Ewing was probably not the world’s greatest father and his parenting techniques were a bit lacking from time to time – he constantly favoured his youngest son Bobby whilst repeatedly bullying JR, a tactic which drove a permanent wedge between his two sons.

Davis was diagnosed with blood cancer during the fourth season of Dallas and had to start wearing a hairpiece to disguise the effects of chemotherapy. His voice was also dubbed due to the worsening symptoms of the illness. He eventually died in 1981 and his character was written out of the show a few episodes later. 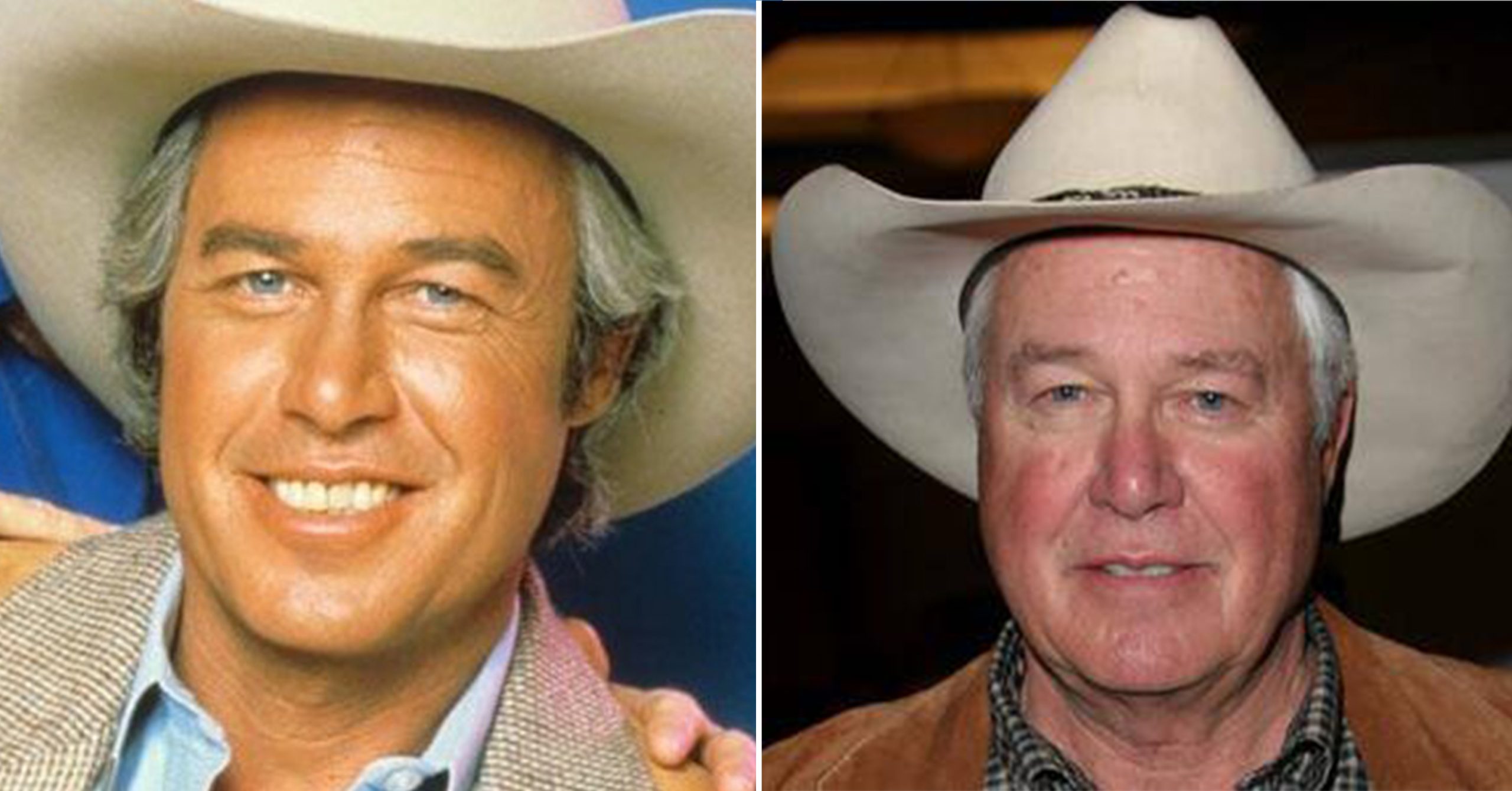 Ray Krebbs was a roguish young man with a heart of gold who acted as the ranch foreman at Southforks. It was later revealed that he was the illegitimate son of Jock Ewing, making him a brother to JR and Bobby, and the uncle of Lucy, who he had had a romance with – awkward!

Unfortunately, actor Steve Kanaly didn’t manage to find continued success in acting after Dallas ended and instead reprised his role in the various reboots of the show. He is a celebrated watercolour painter and lives on a ranch in California. Kanaly is also a vocal supporter of the National Rifle Association. 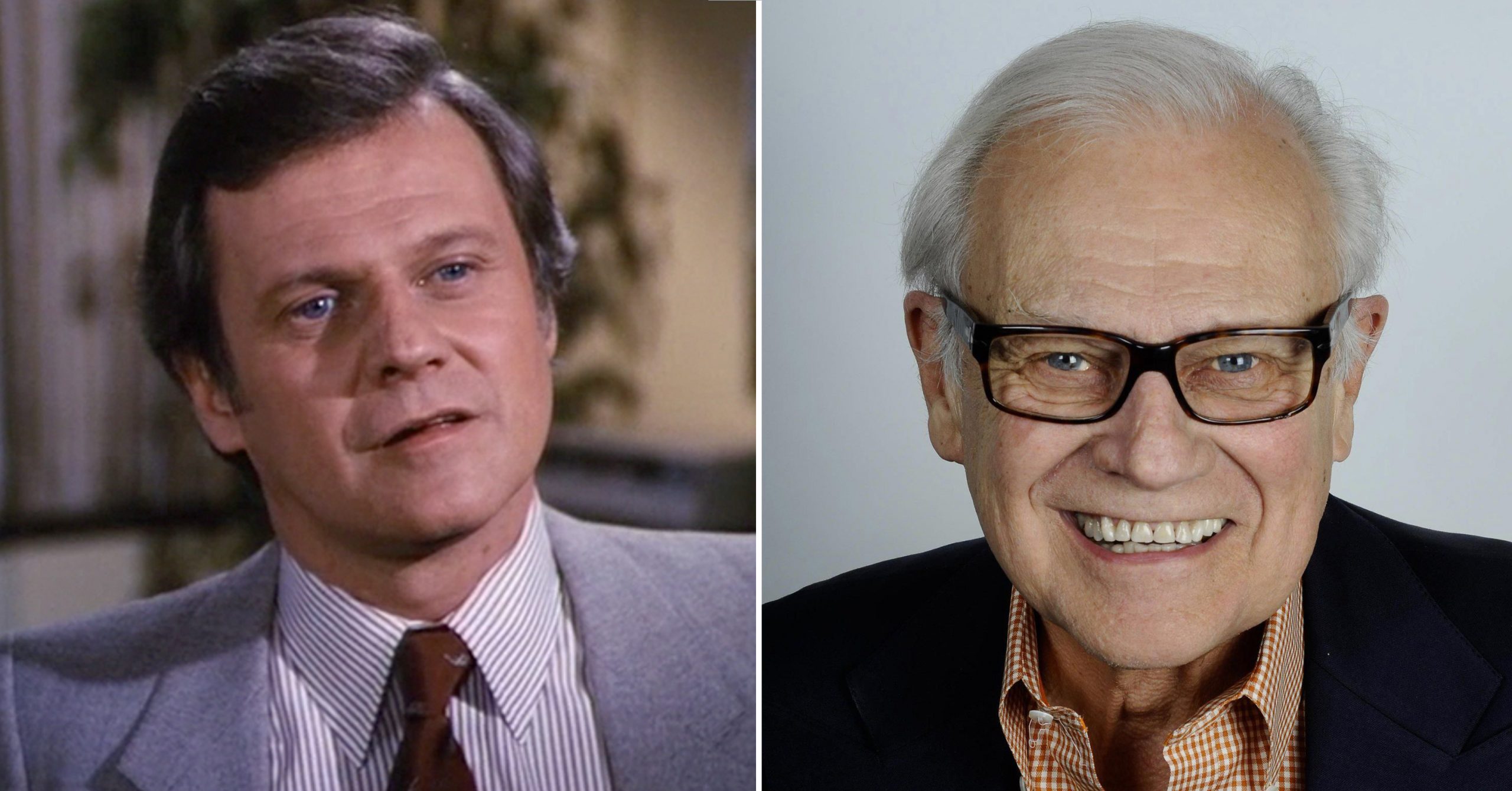 Cliff Barnes was the troubled nemesis of JR Ewing who gave as good as he got – he used political power to try and manipulate the Ewings and even slept with JR’s wife Sue Ellen.

After Dallas, Kercheval’s career foundered and he became very active in the UK panto scene, performing in London, Southampton, Manchester, Cardiff and Plymouth. Kercheval had five children from three marriages, all of which ended in divorce. Sadly, he died of pneumonia in 2019, a condition likely worsened by his having a part of his lung removed due to cancer in 1994.