Where Are The Cast Of Bugsy Malone Now?

Remember Bugsy Malone? It wasn’t quite like anything else that people had ever seen before – a gangster spoof movie starring an all-child cast! Instead of machine guns, the cast wielded terrifying ‘Splurge’ guns that fired whipped cream, while the ending was much more light-hearted than your average Godfather film. 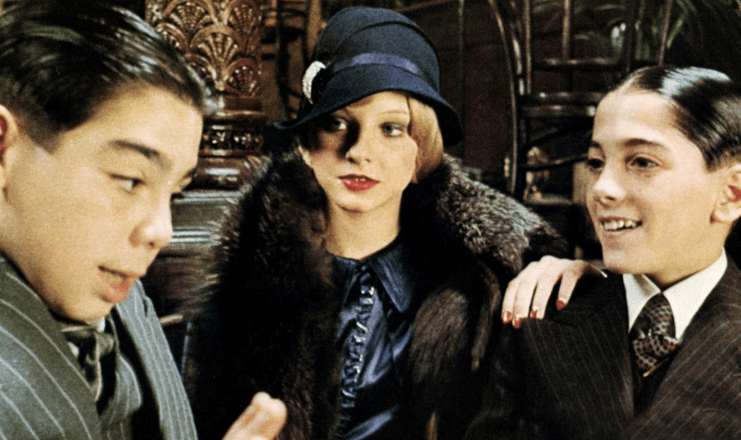 Bugsy Malone (1976) starred Scott Baio in the title role, as well as Jodie Foster in the same year that she appeared in Taxi Driver. The movie was a huge hit in the UK (not so much abroad) and has often been cited as one of the greatest musical films of all time. So what happened to all of those talented child actors? If you scroll down the article below, you’ll find out that they’ve had some very different experiences since filming wrapped. 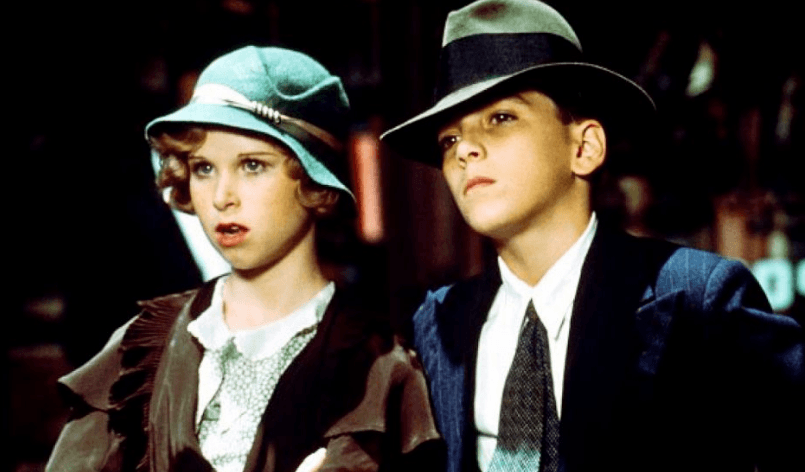 Some of the actors went on to have highly successful careers in film and television, while others completely shunned the world of acting in favour of ‘regular’ jobs. One of the child actors met a tragic end, and yet another has been in some serious trouble with the law.

Scroll down the article below to find out who ended up where – from Fat Sam to Tallulah, we’ve got all of the main cast members covered. Enjoy!

Scott Baio’s appearance in Bugsy Malone was only the start of a hugely successful career in the 70s and 80s.

Bugsy Malone was Baio’s first ever on-screen character, but he pulled it off with so much confidence that he was quickly cast as Chachi in Happy Days. Baio earned himself two Emmy award nominations for his portrayal in the hit series – he also starred in the spin-off Joanie Loves Chachi, which only lasted for 17 episodes. 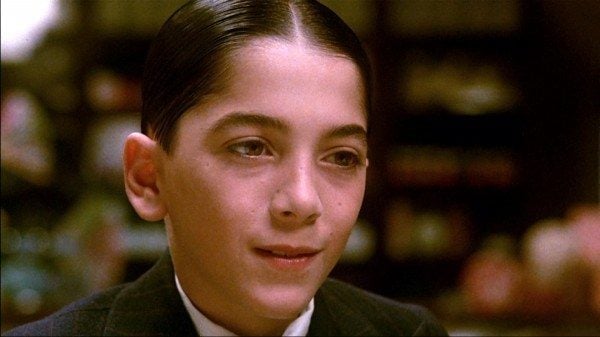 At one point in the 80s, Baio reunited with his Bugsy Malone co-star Jodie Foster – the pair starred together in the teen drama Foxes. After Happy Days ended, Baio appeared in Diagnosis Murder, but left after only two seasons on the series.

In the 90s, Baio’s career floundered and he only managed to pop up in movies such as Superbabies: Baby Geniuses 2. Instead, the actor turned to reality TV as a way of trying to boost his profile. He appeared in two VH1 reality shows: Scott Baio is 45…and Single and Scott Baio is 46…and Pregnant. 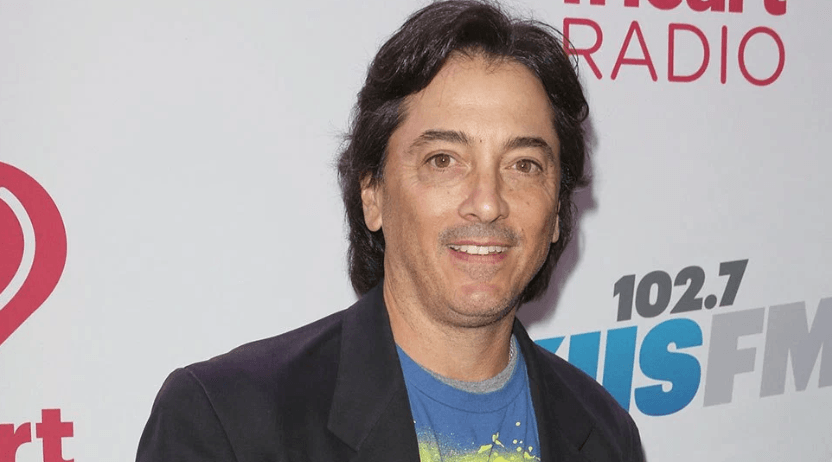 Nowadays Baio is probably best-known for his outspoken political views – he is a supporter of Donald Trump and a believer in conspiracy theories surrounding the Sandy Hook school massacre.

Baio has also been the subject of sexual harassment accusations. In January last year, Nicole Eggert accused Baio of having a sexual relationship with her when she was 14 and that when she was 17, the two had intercourse.

Jodie Foster is definitely the biggest success story to come out of Bugsy Malone.

By the time she appeared in the gangster movie, Foster had already received an Academy Award nomination for her performance in Martin Scorsese’s Taxi Driver. Bugsy Malone came out the same year and only confirmed to audiences that Foster was a star in the making. 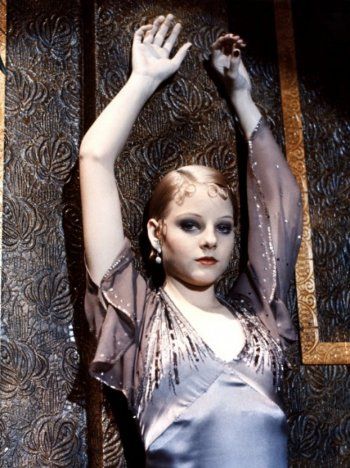 After two hugely successful films, Foster then starred in a string of movies including Freaky Friday and Candleshoe. She then took a break from acting to attend Yale in 1980 – she wanted to avoid the dangers that child stars often fall into when they have to transition into adult acting roles.

However, Foster made a few terrible films after graduating before finally finding her breakthrough adult role with The Accused (1988) – she won an Oscar for her portrayal of a rape survivor before winning her second statuette three years later for The Silence of the Lambs. 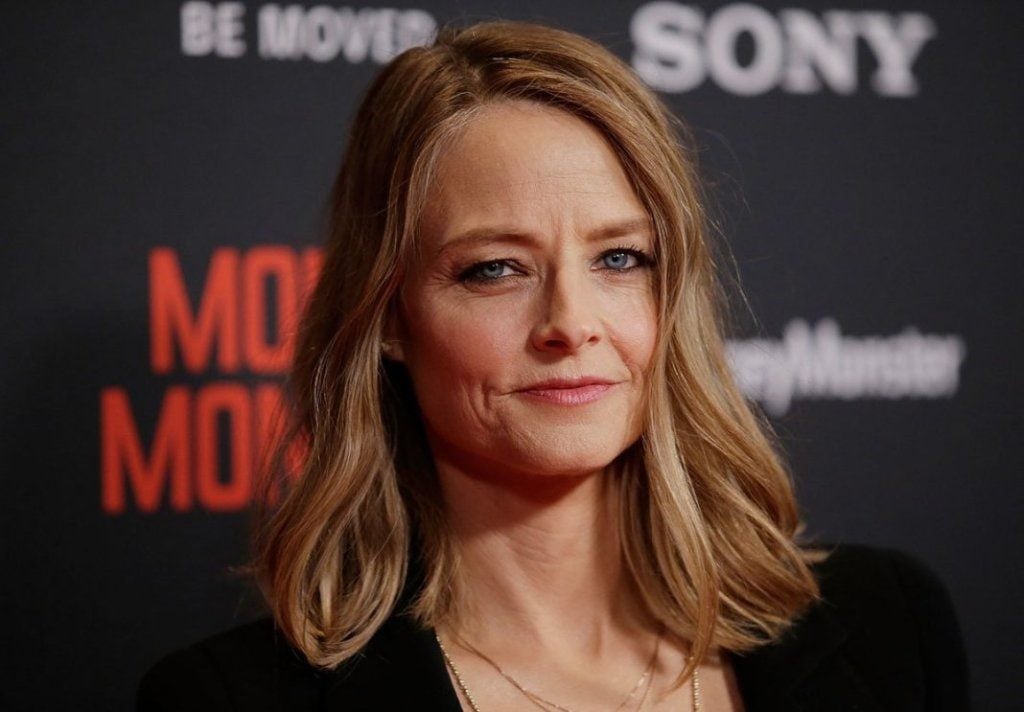 More recently, Foster has also received acclaim for her directing skills – she’s moved behind the camera for films such as The Beaver and has also directed episodes of House of Cards and Orange is the New Black.

So what’s next on the cards for the actress? It looks as though Foster is taking a little break from acting and directing at the moment. Good for her – she’s definitely earned it!

Fat Sam was the ‘alleged’ Mobster King of the Lower East Side and the crime boss in Bugsy Malone.

Child actor John Cassisi won the role after director Alan Parker asked for the naughtiest child at a local Brooklyn school! All of his classmates started shouting Cassisi’s name and he was immediately offered the part. Cassisi’s career didn’t really take off after his role in Bugsy and instead he ended up getting in trouble with the law in later life. 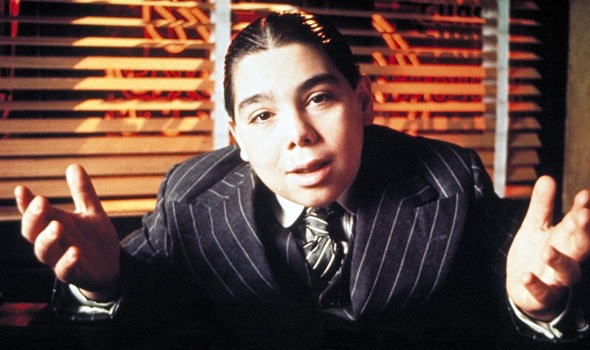 After a brief stint on the 1977 sitcom Fish, Cassisi retired from acting and turned to construction work instead. The former Bugsy Malone star worked his way up to becoming Director of Global Construction for Citigroup in 2012 – but legal woes soon caught up with Cassisi.

In 2016, he pleaded guilty to bribery and was sentenced to up to six years in prison. He admitted to taking up to $500,000 in bribes – Cassisi regularly accepted luxury holidays and money in return for lucrative construction contracts. 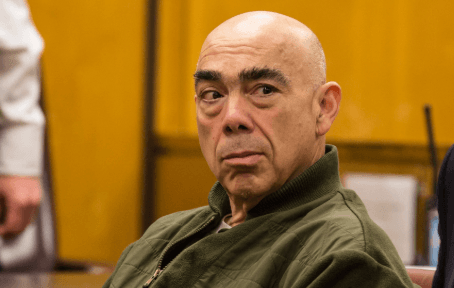 Eventually Cassisi released a statement saying that he deeply regretted his actions and wanted to serve his sentence as quickly as possible in order to return to his wife and three children.

Maybe his earlier portrayal of crime boss Fat Sam had a lasting effect on Cassisi?!

Florrie Dugger was only 13 years old when she landed the lead role of Blousey Brown.

Dugger won the part after the original actress had a sudden growth spurt and no longer looked the part. She was always a reluctant participant in the world of acting and decided to quit the profession shortly after filming stopped on the gangster movie. 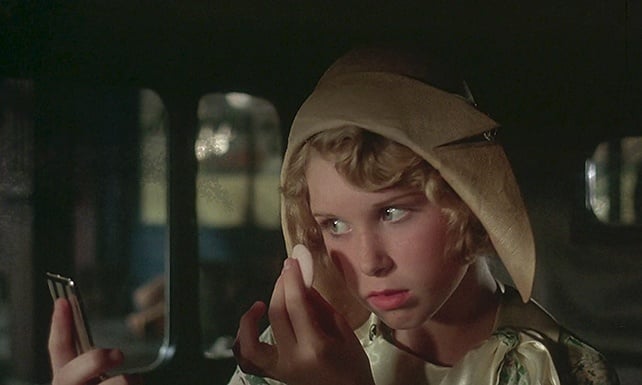 Dugger explained that she was a tomboy and hated being dressed up in girlie clothes for publicity shots. She also stated: “I enjoyed the acting, and the camaraderie and the joy of memorising roles. But I didn’t want to do it professionally.” However, she thoroughly enjoyed her time on the set of Bugsy Malone and really got on with director Alan Parker.

Instead Dugger decided to go down a very different route indeed. She entered the military at the age of 18 years old as a medical administrator, and after leaving the air force she has been quietly working at an ophthalmology practice since 2001. 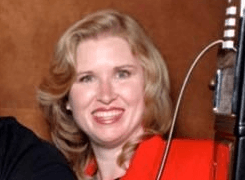 Dugger has turned up at reunions for Bugsy Malone but definitely doesn’t regret her decision.

“I’m very happy I didn’t go into acting,” she once said. “I love what I do and what I’ve done with my life.”

Lev played the arch villain to perfection – despite being a young kid he managed to look like a genuinely smooth and sophisticated mafia boss. Unfortunately, Lev had a sad life after filming wrapped on Bugsy Malone. 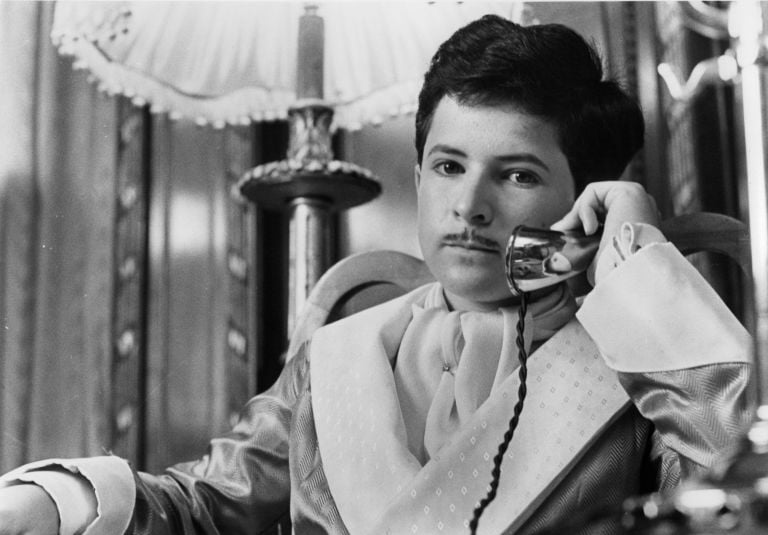 Like his co-star Florrie Dugger, Lev decided against a career in acting and instead became a designer. Not long after this, Lev was diagnosed with ME and subsequently became a founder and director of the Action for ME charity.

The charity is a self-help group for other ME sufferers. Sadly Lev was unable to cope with his diagnosis and committed suicide in 1992 at the young age of 32 years old. 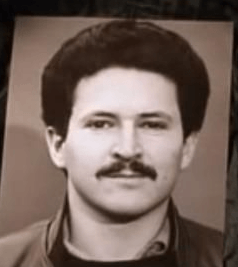 Fans of Bugsy Malone will never forget his winning performance as Dandy Dan.

Fortunately for Lev, the charity he set up to raise awareness of the condition is still going strong today.

Paul Murphy was cast in the role of Leroy Smith despite having zero acting experience, and it seems as though he wasn’t that interested in acting after the film was released. Murphy did have an appearance in the little-known film Carry Me Back (1982) but that’s as far as his acting career went. 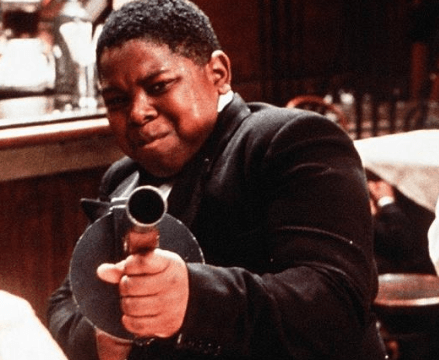 We don’t know too much about what Murphy has been up to since his time on the movie, but he must have fond memories of working on the film because since then, he’s appeared in several reunions for the film.

Murphy has done a couple of interviews about his experiences on the movie, and revealed that during many of the boxing scenes he was often just trying not to laugh. 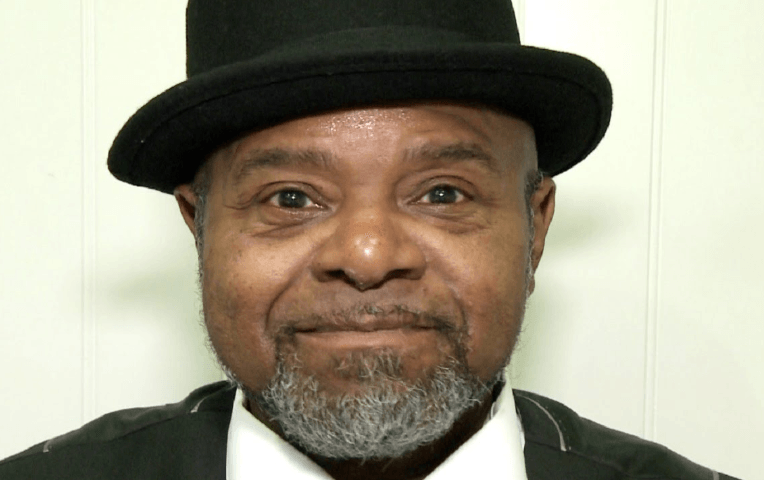 Many of his fellow child actors were stood behind the cameras trying to make him laugh. He also admitted that his punches weren’t very professional and he didn’t think that the audience would believe his character was actually a boxer.

Murphy also revealed in an interview that the ‘shoot-out’ at the end had to be filmed in one take!

Dexter Fletcher is best-known for his acting career as an adult, plus his many famous directing jobs.

So most people probably don’t remember that he actually starred in Bugsy Malone as Babyface, the sweet ‘down and out’ and supporting cast member. Since then, Fletcher’s career has gone from strength to strength – his first major role was in Lock, Stock and Two Smoking Barrels as Soap. 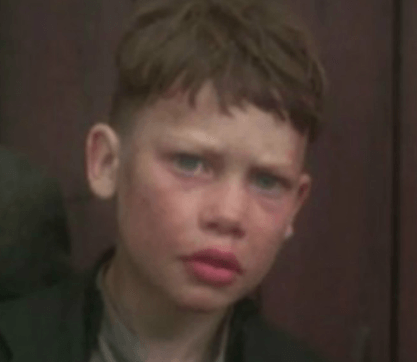 Fletcher has starred in a number of popular TV programmes such as Hotel Babylon, as well as the critically-acclaimed Band of Brothers as Sgt. John W. Martin.  Fletcher’s definitely had a varied acting career – he’s also done presenting work on top of acting duties and briefly hosted Channel 4’s GamesMaster.

Fletcher has also made a successful transition into the world of directing. He’s moved behind the camera on a number of successful projects, including Sunshine on Leith and Eddie the Eagle. 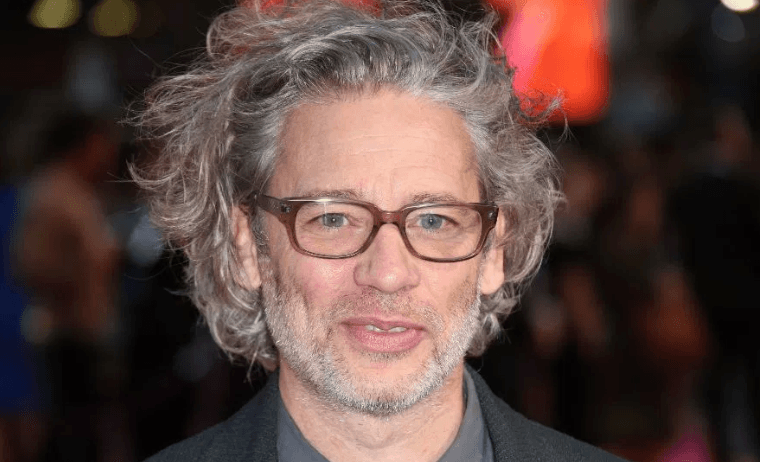 The film has since become the most commercially successful music biopic of all time. Nice!

Remember Knuckles? He was Fat Sam’s assistant in the movie but met an unfortunate end…

Sadly Knuckles died after being unintentionally murdered with a custard pie. Whoops! Sheridan Earl Russell was the actor who brought the mafioso to life and he continued to act in the years following Bugsy Malone‘s release. 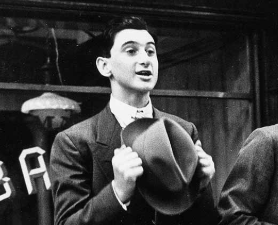 Sheridan appeared in a string of movies such as Jabberwocky and Scum, as well as the odd TV mini-series such as I, Claudius and Secret Diaries.

Russell’s career petered out and he never managed to nab another big role again – his last acting credit is a 1989 episode of The Bill as the owner of The Peas. 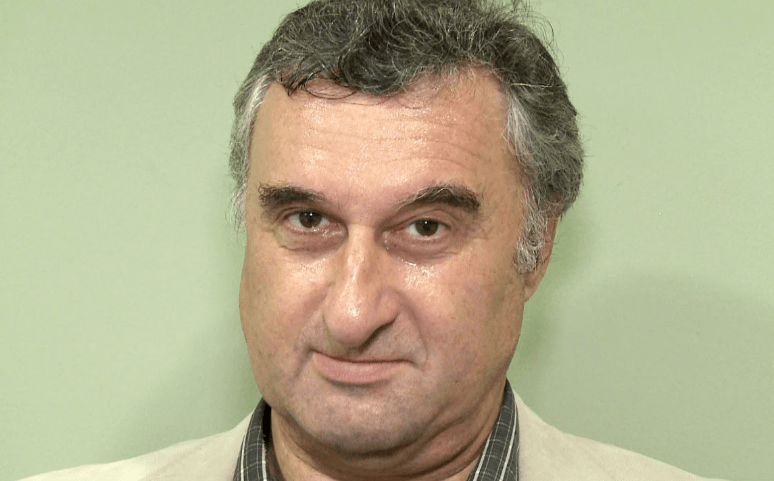 Like many of his co-stars, Russell has been more than happy to participate in interviews over the years. He revealed in a recent interview that the famous ‘splurge’ was actually made up of lemon curd.

However, the used to try out various ingredients to get the splurge just right, and the child actors enjoyed ‘testing’ the splurges on members of the production crew.

Bonnie Langford’s appearance in Bugsy Malone was brief but memorable.

Langford played a pompous theatre performer named Lena Marelli – she might have only had one scene but viewers were mesmerised by her performance all the same. After that Langford’s career flourished – 80s kids will know her best as Mel Bus, the Doctor’s companion in Doctor Who. 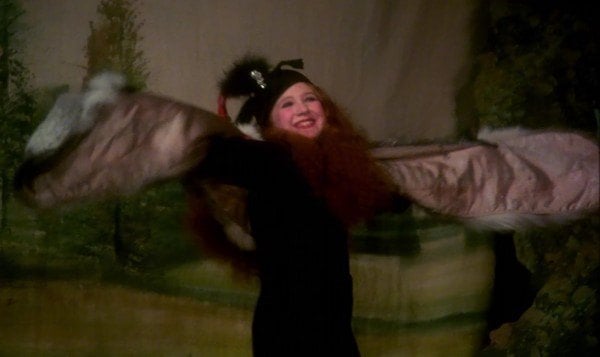 However, after appearing on the large and small screens, Langford decided to focus on her dancing career and appeared in a number of West End and Broadway musicals such as Chicago and The Pirates of Penzance.

After a number of guest appearances on various quiz shoes, she recently returned to TV work and joined the cast of EastEnders in 2015. Langford plays Carmel Kazemi, Kush’s mum, and won a British Soap Award for her work in 2016. 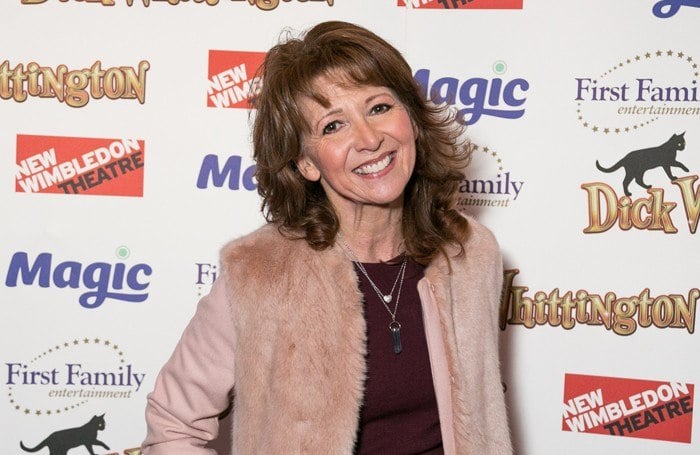 Langford left the series in November 2018 after starring in over 350 episodes of the famous soap.

It’s unclear what’s next for the all-singing, all-dancing actress, but we’re sure we’ll see her on our television screens again very soon.

Fizzy was the tapdancing handyman who belted out a few tunes of his own in the movie. However, since his appearance in the movie, Jenkins has pretty much disappeared off the face of the earth. 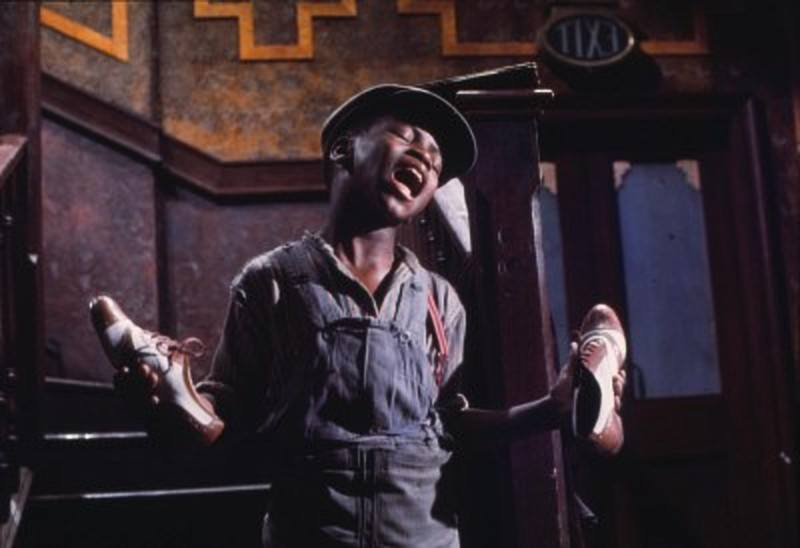 Even in this age of internet, we can’t seem to find anything out about what happened to Albin after his role in Bugsy Malone.

It doesn’t look as though he continued acting and the child star hasn’t showed up at any Bugsy reunions either. 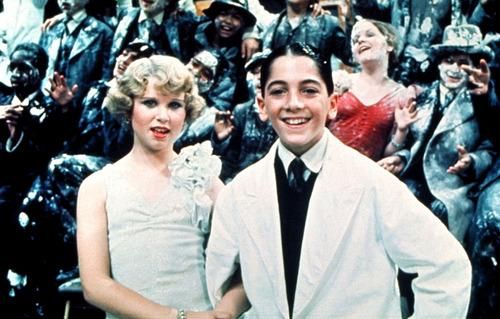 Do you remember all of these child actors from Bugsy Malone? Let us know in the comments section below!