Now in her 70s, Kirstie Alley has conquered almost every aspect of film and TV over the years, from the silver screen to sitcoms, reality television and celebrity endorsement commercials.

The Kansas-born blonde bombshell has done everything: from sci-fi epics like Star Trek to Cheers and back again, and has picked up a fair few controversies along the way.

So from her decades-long fascination with Scientology to her dramatic weight loss strategies, here is everything you need to know about the outspoken actress’ journey through the spotlight.

Kirstie Alley was born in 1951 and graduated high school in 1969. A year later she married her high school sweetheart, Bob Alley, a man who coincidentally had the exact same name as her father.

From there, she went straight from Kansas to Los Angeles, but not for the reason you might expect. 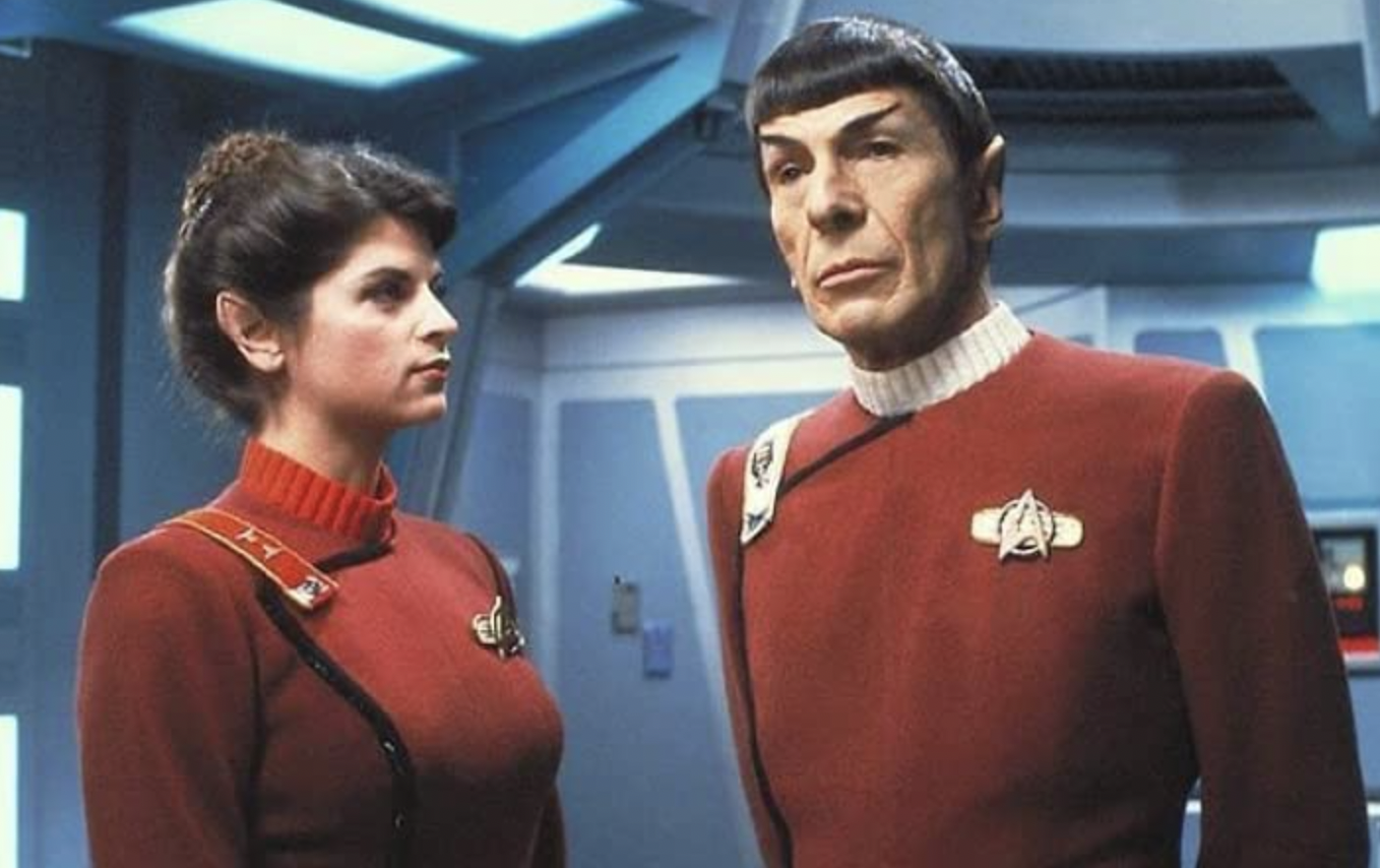 Rather than living out a lifelong dream of seeing Hollywood, or even just trying to break into the film industry, it was religion that convinced Alley to move to Los Angeles straight out of high school.

Already a dedicated Scientologist, Alley wanted to be near the spiritual home of the faith, but found a whole new career waiting for her in the City of Angels instead.

Without any other acting credits to her name, in 1982 Kirstie Alley was picked to play Lieutenant Saavik, the female Vulcan, in Star Trek II: The Wrath of Khan. 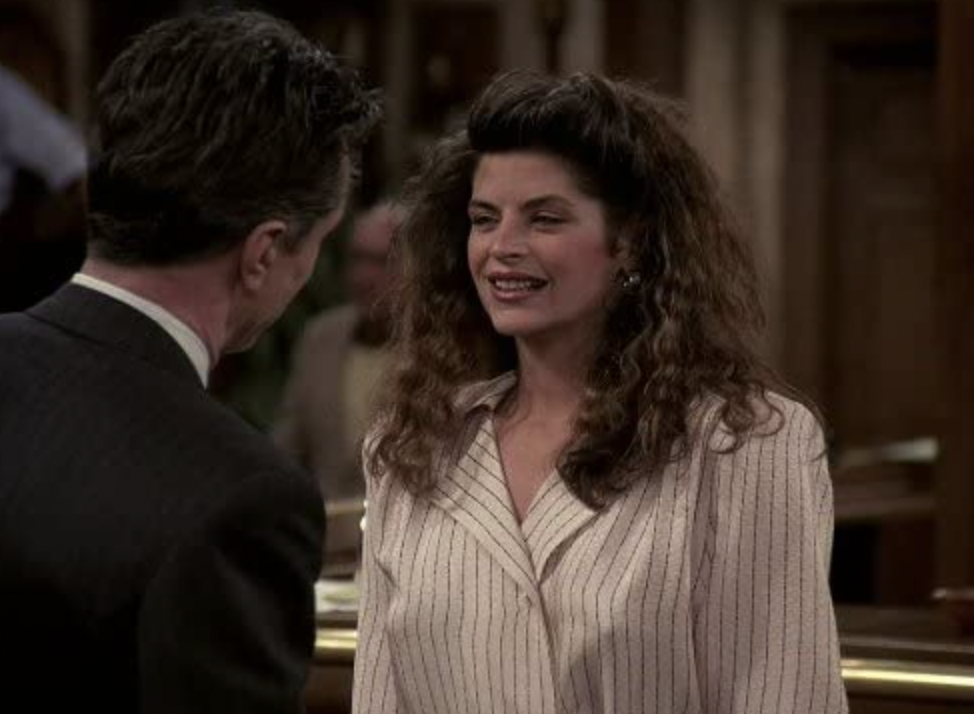 Kirstie Alley’s entire acting career came from that one opportunity to board the Starship Enterprise, but when she was offered the chance to appear in the sequel, two years later, she turned it down.

Allegedly her rate of pay did not increase as steeply as some other cast members’ earnings, and so she instead did a number of smaller movies, from One More Chance to Blind Date and Runaway.

Alley quickly gained enough experience to replace Shelley Long on Cheers, and she remained with the show until the end of its run.

During that time she went from a fairly green actress to a household name, gaining four Emmy Award nominations, three Golden Globe nominations, and one win apiece for her work. 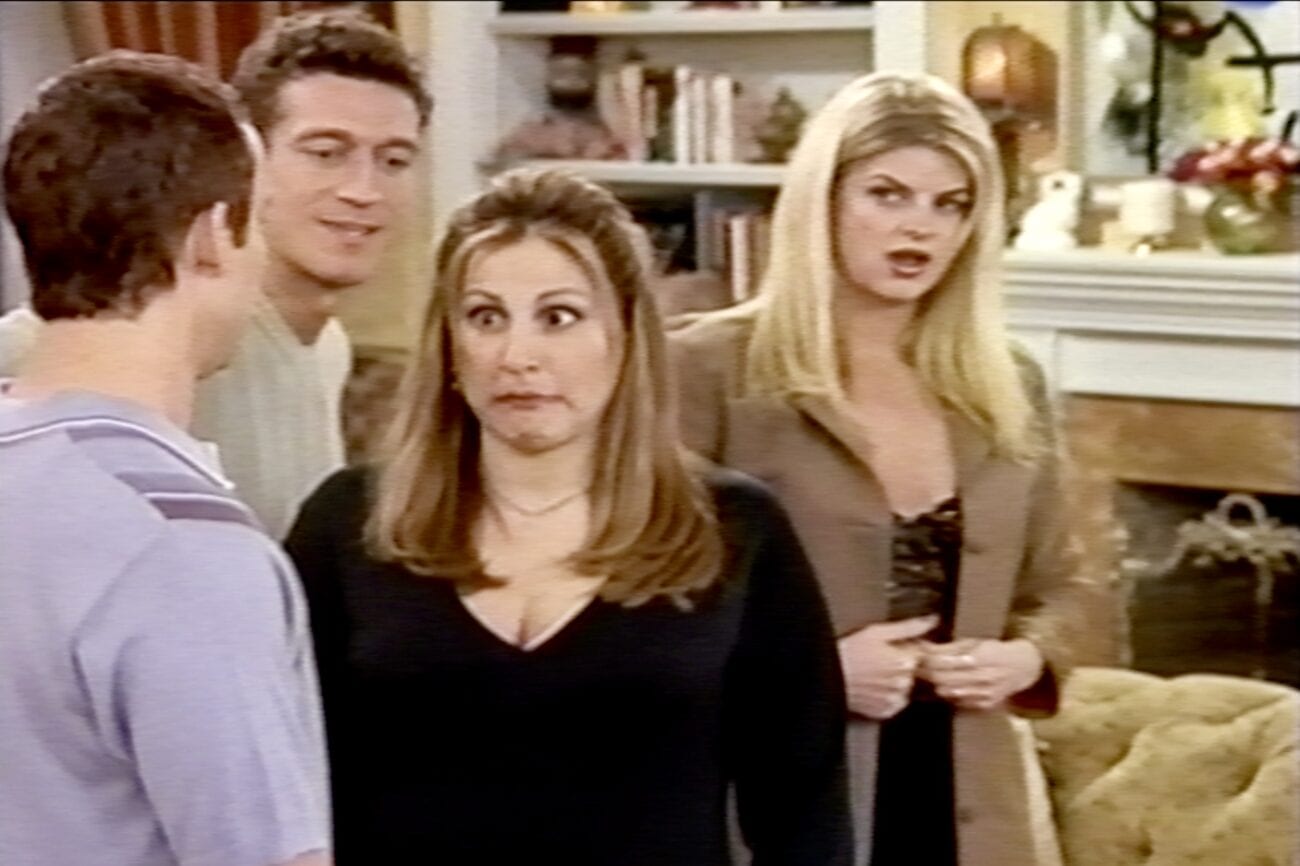 After finishing up Cheers, Kirstie Alley got her first chance to star in her own sitcom, 2000’s Veronica’s Closet. It ran for three seasons from 1997 to 2000, and followed lingerie designer and “Queen of Romance” Veronica Chase as she adapted to life as a single woman.

Veronica’s Closet got a good response and netted Alley another Golden Globe and Primetime Emmy nomination, but once it was finished, her rising star faltered and nearly plunged altogether.

For five years following Closet’s cancellation, Alley did nothing but TV movies. Then, from 2007-2011, she did nothing of note in the entertainment world at all. 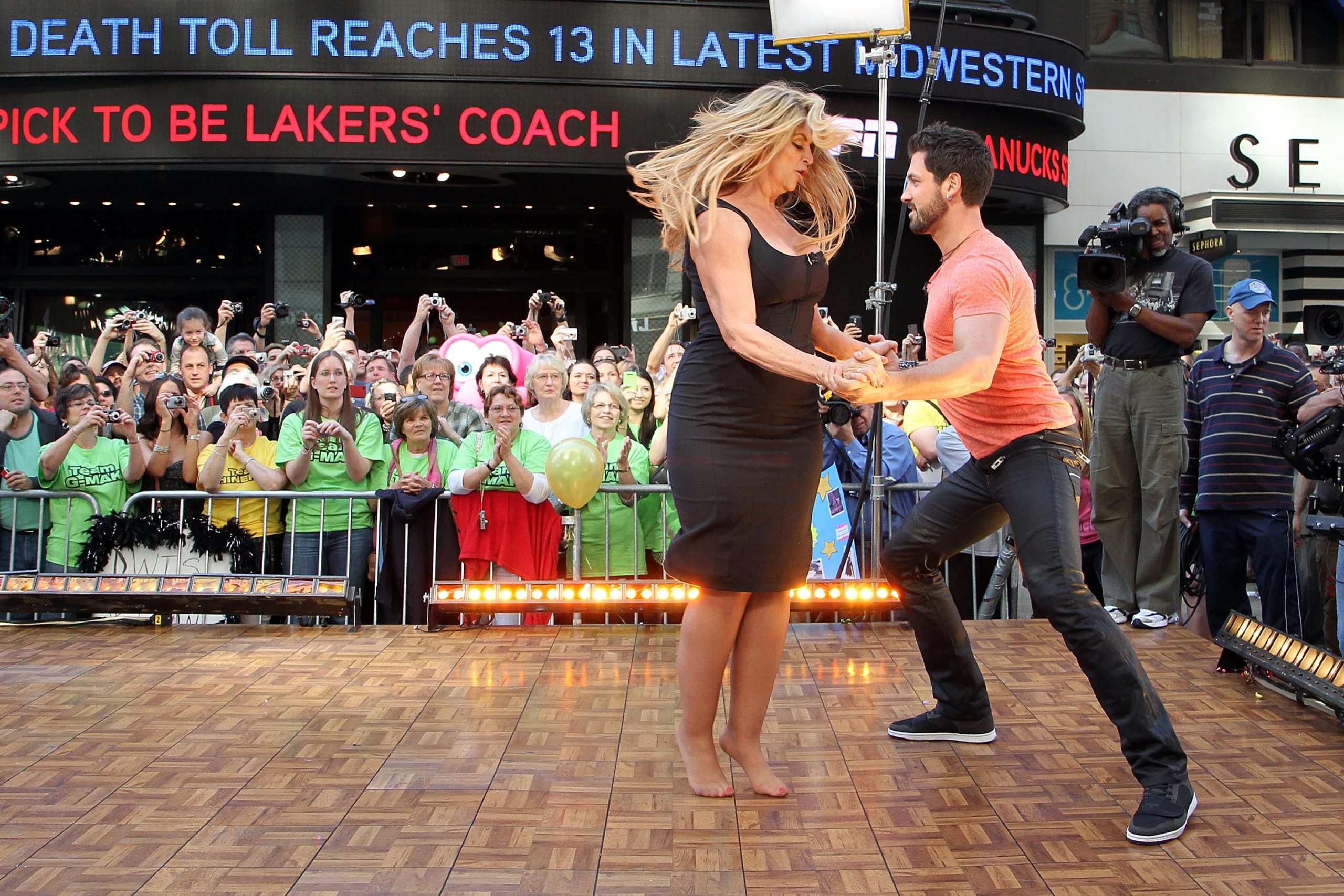 After four years away from acting, Kirstie Alley returned to the spotlight in 2011, when it was announced that she would be competing on season 12 of Dancing With The Stars.

When she did reappear on everyone’s screens, it was after a dramatic personal transformation. Alley declared that during her time spent away focussing on herself, she had lost over 100 pounds!

Kirstie Alley attributed the weight loss to her own line of diet products, Organic Liaison, with the packaging even saying “proven to work” on the front.

Unfortunately, Alley and Organic Liaison soon found themselves embroiled in a lawsuit, and Alley eventually had to admit that her weight loss was actually achieved through dieting, exercise and training for Dancing With The Stars, not the products she was pedalling. 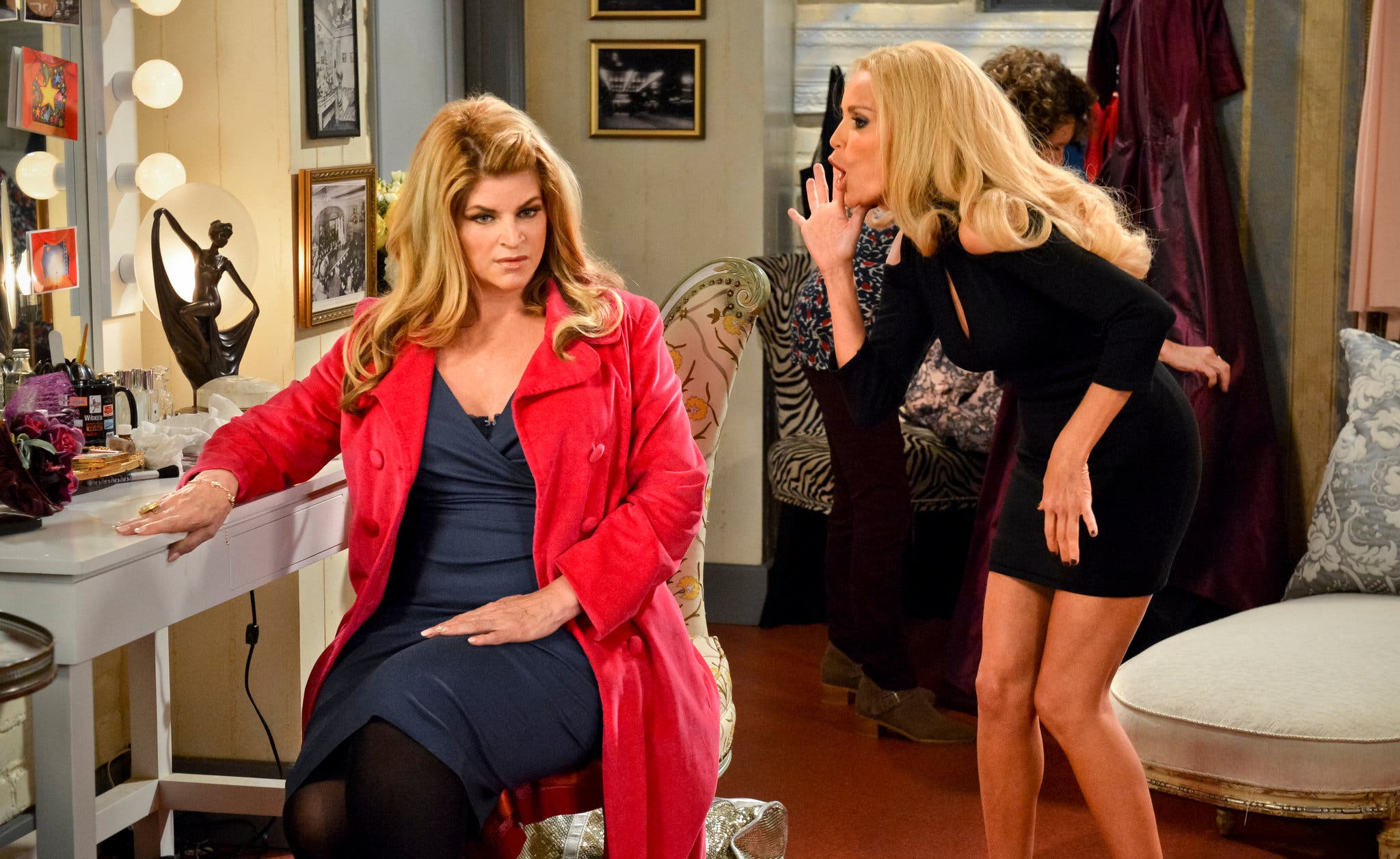 Kirstie Alley was a hit on Dancing With The Stars, getting several perfect scores over the course of her stint on the show, and even finishing in second place overall.

This newfound success, combined with her weight loss and several interviews about her new fitness lifestyle, catapulted her back into the spotlight in a big way.

As a result, it wasn’t long before her own sitcom, Kirstie, was greenlit. The show, somewhat unusually, followed Kirstie as a Broadway star (inexplicably named Maddie) as she navigates reconnecting with the son she gave up at birth. 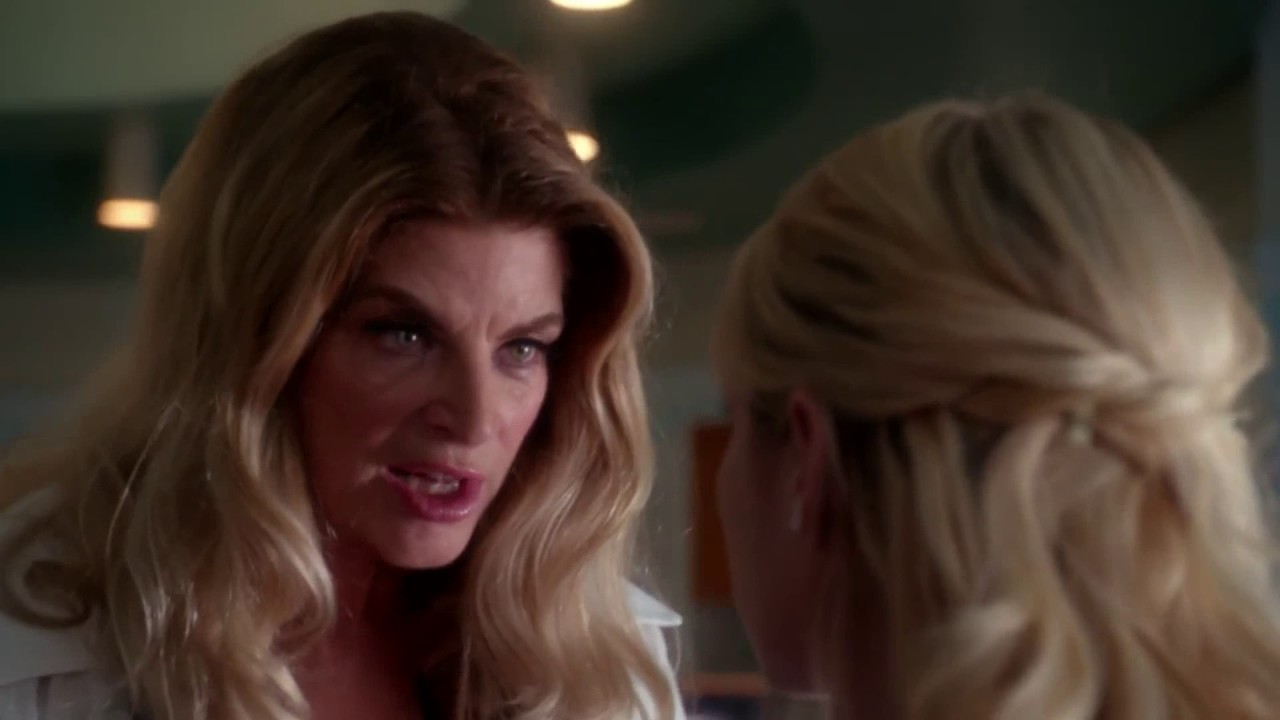 Kirstie was cancelled after just one season in 2014, but it wasn’t long before Kirstie Alley found a new regular gig, as Ingrid Hoffer in season two of the black comedy slasher series Scream Queens.

Unfortunately for Alley, the invitations to appear in high profile television shows have dried up in recent years, in part due to her endorsing Donald Trump during both the 2016 and 2020 elections.

Not only that, but after the 2021 capitol riots, Alley made a public statement of support, and tweeted that while “war sucks,” it was sometimes necessary to protect America.