Can you believe it’s been more than 25 years since Martin Lawrence and Will Smith first teamed up as Miami detectives Marcus Burnett and Mike Lowrey? Action comedy Bad Boys first came roaring into screens all the way back in April 1995, and it helped blaze a trail for a new era of high energy shoot-’em-up blockbusters. Grab some tropical fruit Bubbilicious and read on for some facts about Bad Boys you might not have known.

10. It was the first feature film from Michael Bay 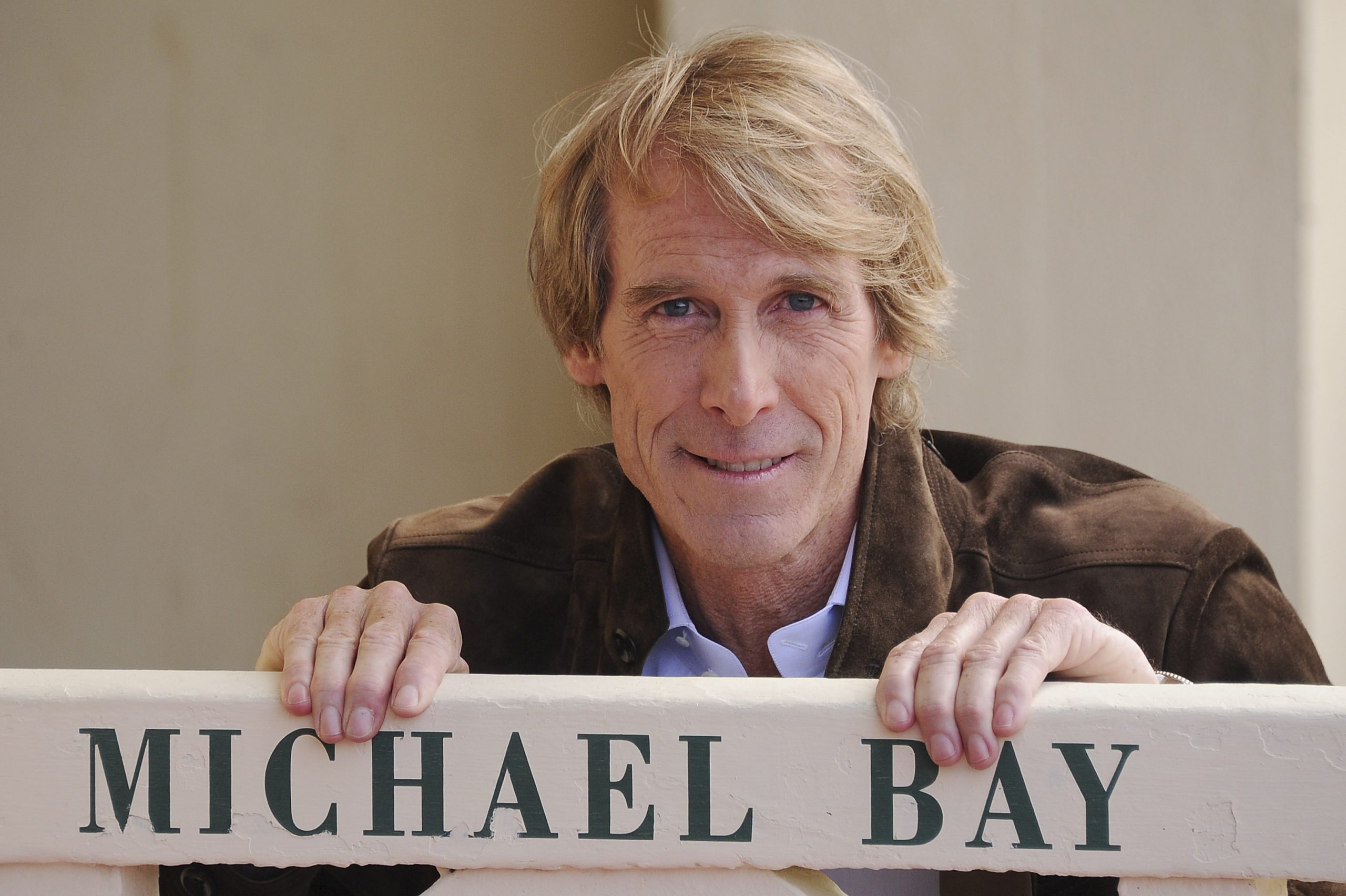 As well as giving Will Smith and Martin Lawrence their big break in movies, Bad Boys was also the first movie of one of the most successful yet divisive filmmakers of the last three decades: Michael Bay. Previously known for his work in TV commercials and music videos (among them Meat Loaf‘s I’d Do Anything For Love and Divinyls’ I Touch Myself), the American director made his feature debut on Bad Boys.

Bay went on to refine his ultra-flashy, fast-paced blockbuster filmmaking style on such action hits as The Rock and Armageddon, before taking the helm on the Transformers series.

9. It was originally intended as a vehicle for Dana Carvey and Jon Lovitz 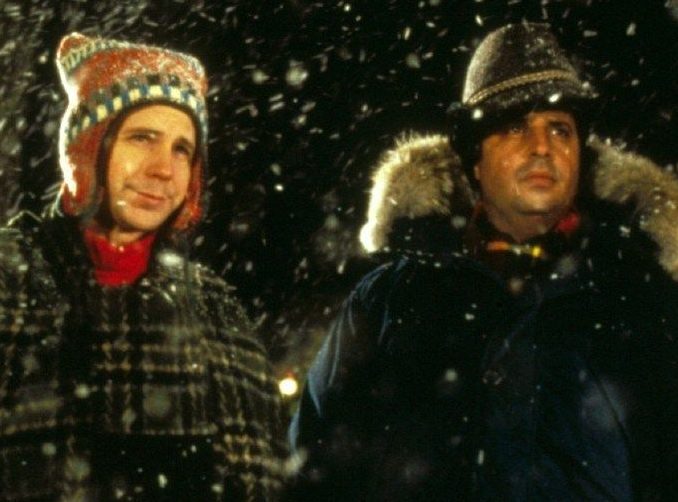 This didn’t pan out, at least in part because Carvey (best known as Garth from Wayne’s World) was reportedly terrified by infamously larger-than-life producer Simpson. Lovitz and Carvey would instead co-star with Nicolas Cage in 1994 comedy Trapped in Paradise, written and directed by Bad Boys creator George Gallo.

8. Arsenio Hall turned down the part of Mike Lowrey 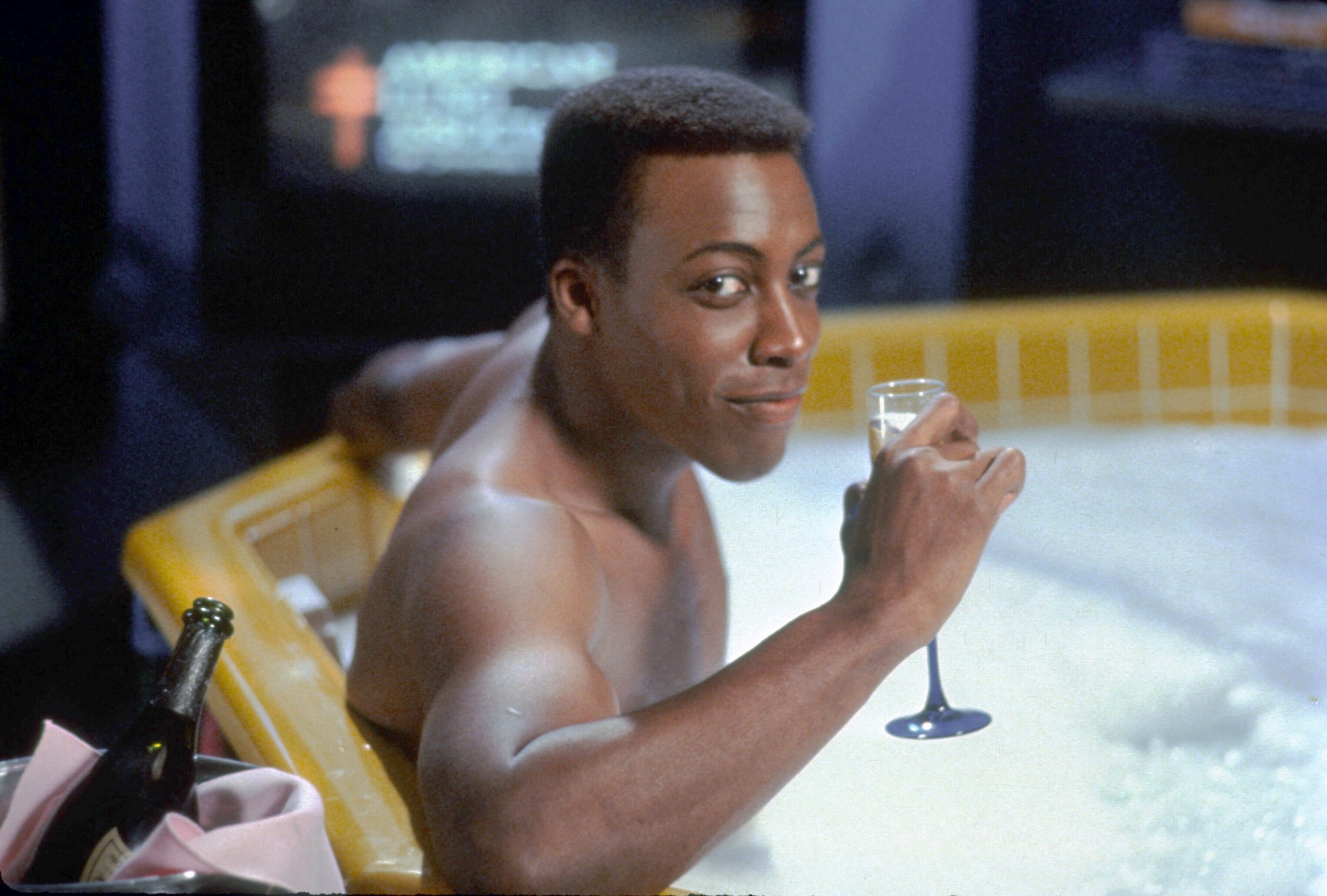 Once Carvey and Lovitz were out of the frame, Bad Boys producers Simpson and Bruckheimer decided to instead pursue black actors for the lead roles, much as they had done over a decade earlier when they cast Eddie Murphy in 1984’s Beverly Hills Cop. Before considering Will Smith, they offered the part of Mike to Arsenio Hall (Murphy’s co-star in Coming to America).

Hall, who had not long since ended a successful run as a TV talk show host, turned Bad Boys down – which he has since admitted was one of a number of “bad choices” he made at the time.

7. Will Smith and Martin Lawrence improvised almost all of their dialogue

Even though the cast and crew of Bad Boys were eager to make the movie, almost no one involved seems to have had much nice to say about the script. Director Michael Bay hated most of the dialogue, but as Bad Boys was a comparatively low budget production he didn’t have much money available to pay for the script to be re-written.

For this reason, Bay encouraged Will Smith and Martin Lawrence to improvise heavily during the shoot. The vast majority of their lines in the movie, including the most memorable quips, were ad-libbed.

6. Tea Leoni was knocked out when a stunt went wrong 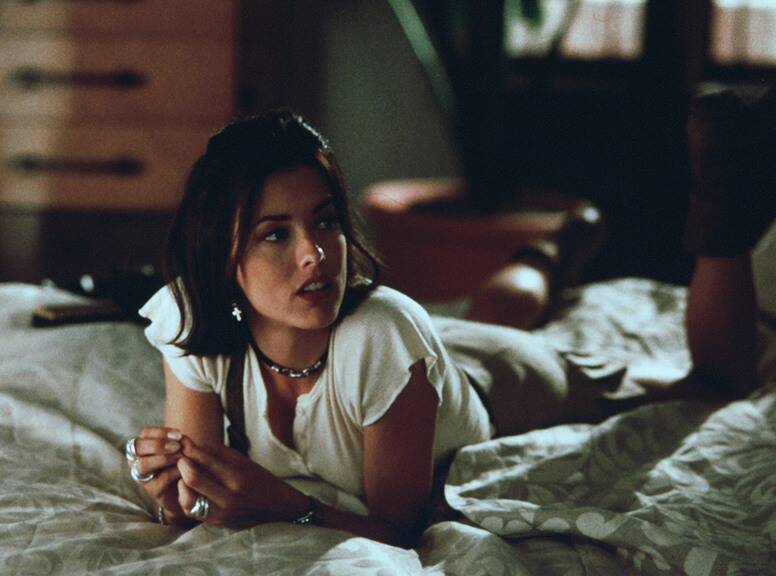 Making action movies can of course be a hazardous business, and unfortunately Bad Boys supporting actress Tea Leoni was injured when a scene went wrong. Leoni recalls, “I wasn’t on proper mark when the stunt guy hit me with [a machine gun]. My legs went over my head and I landed flat on my back.”

Having been knocked unconscious, the actress was rushed to hospital. Happily she made a full recovery and was able to return to work soon thereafter.

5. Will Smith refused to shoot a shirtless scene 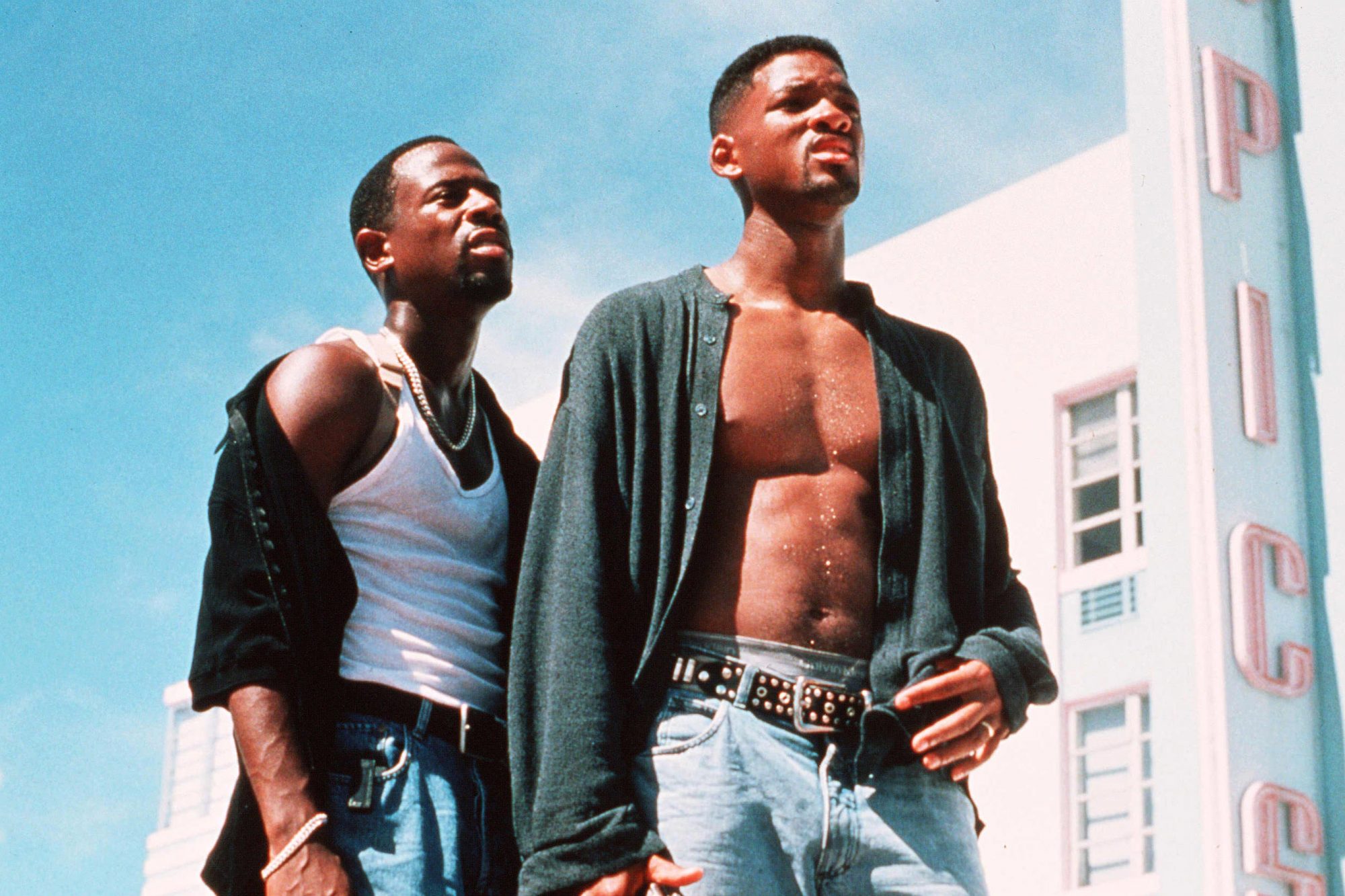 In the years since Bad Boys, cinemagoers have become quite accustomed to the sight of Will Smith bare-chested, but the actor wasn’t entirely comfortable with this back in 1995. Michael Bay wanted Smith to perform a foot chase sequence through the streets of Miami without a shirt on, but Smith refused.

A compromise was reached, and Smith agreed to perform the scene wearing an unbuttoned shirt instead.

4. Michael Bay gave up a quarter of his salary to fund one shootout sequence 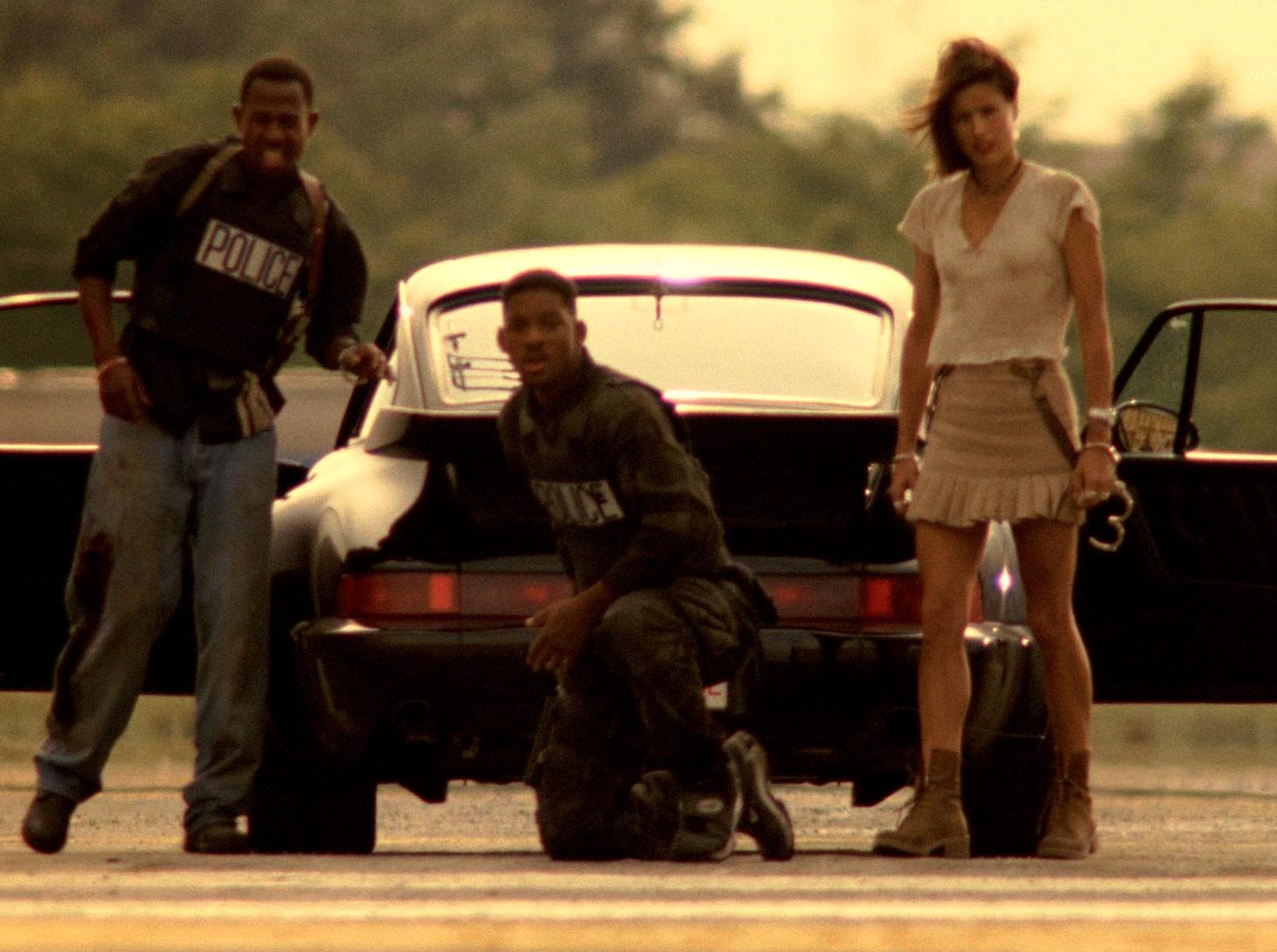 Over the years, Michael Bay’s name has become synonymous with mega-budget, over-the-top blockbusters, so it’s a little surprising that the director had a far smaller budget to play with on Bad Boys. Eager to make the film as action-packed as possible, Bay requested more money from studio Columbia Pictures for an airport shoot-out, but they refused.

In order to shoot the scene, Bay sacrificed $25,000 from his $100,000 salary to pay the crew. As another cost-cutting measure, the Porsche we see Smith’s Mike drive in the movie was actually Bay’s very own car.

3. Smith and Bay butted heads over the line “I love you, man” 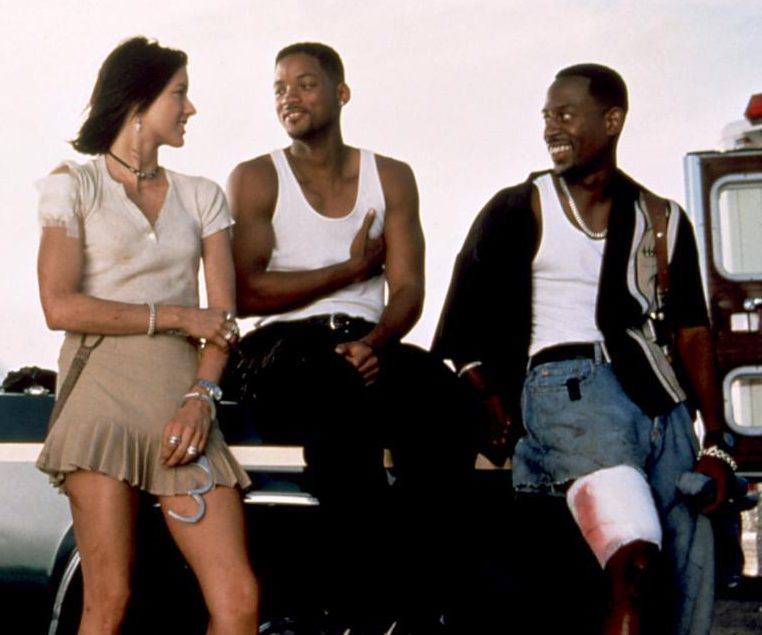 Despite all the chases, fights and gunplay, the one scene in Bad Boys that proved the biggest issue for Will Smith came in the film’s final moments, when Smith’s Mike tells Lawrence’s Marcus that he loves him.

Bay says that Smith initially refused to say this line, and the two men argued about it for so long that they almost lost an entire day of filming. Eventually, Smith relented and said the line.

2. The budget for Bad Boys II was almost seven times that of the original 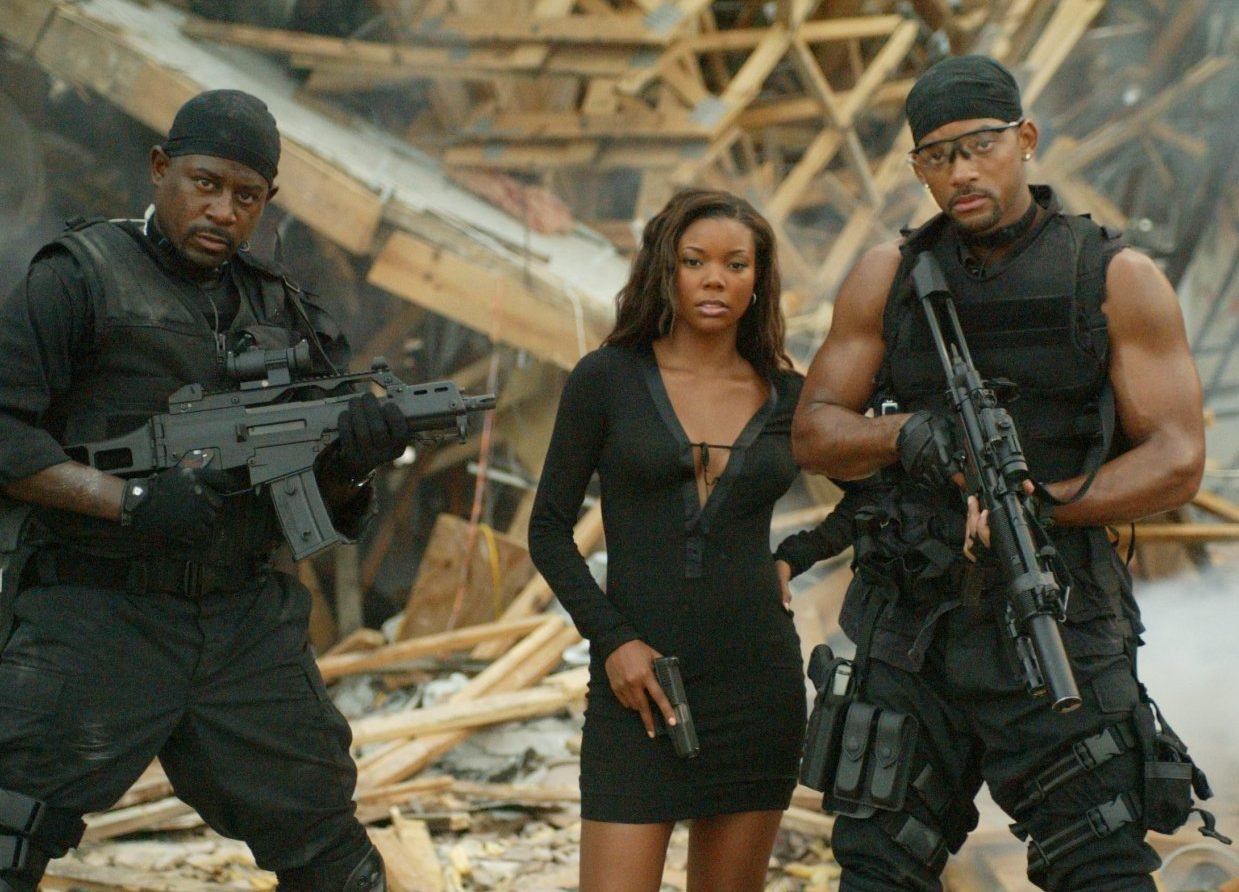 Bad Boys was made for a reported $19 million, which was a fairly small budget for an action movie in the mid-90s. However, after the film made over $141 million at the box office, and Bay and Smith became huge figures in Hollywood, they were able to wrangle a much bigger budget for the sequel (which saw Gabrielle Union join the cast as Marcus’ sister Sydney Burnett).

1. Will Smith made a Bad Boys reference on The Fresh Prince of Bel-Air

Bad Boys may have sent Will Smith on his way to big screen stardom, but in the meantime the rapper-turned-actor was still working on his much-loved TV sitcom The Fresh Prince of Bel-Air, which ran from 1990 to 1996. The show nodded to Smith’s movie success with a scene in which Will’s young cousin Nicky complains that his parents won’t let him watch Bad Boys, to which Will replies, “whatcha gonna do?”

This, of course, is a nod to the lyrics of the Inner Circle song Bad Boys, which became the theme tune of the Bad Boys movies. (Nicky actor Ross Bagley would go on to play Smith’s stepson in Independence Day.)