For as long as there’s been James Bond 007, there have been the Bond Girls; the glamorous women with whom the British secret agent frequently crosses paths (and more besides). Being a Bond Girl guarantees an actress a certain immortality few other roles can offer. Read on to see what happened to some of the best-loved Bond Girl actresses who are still with us today. 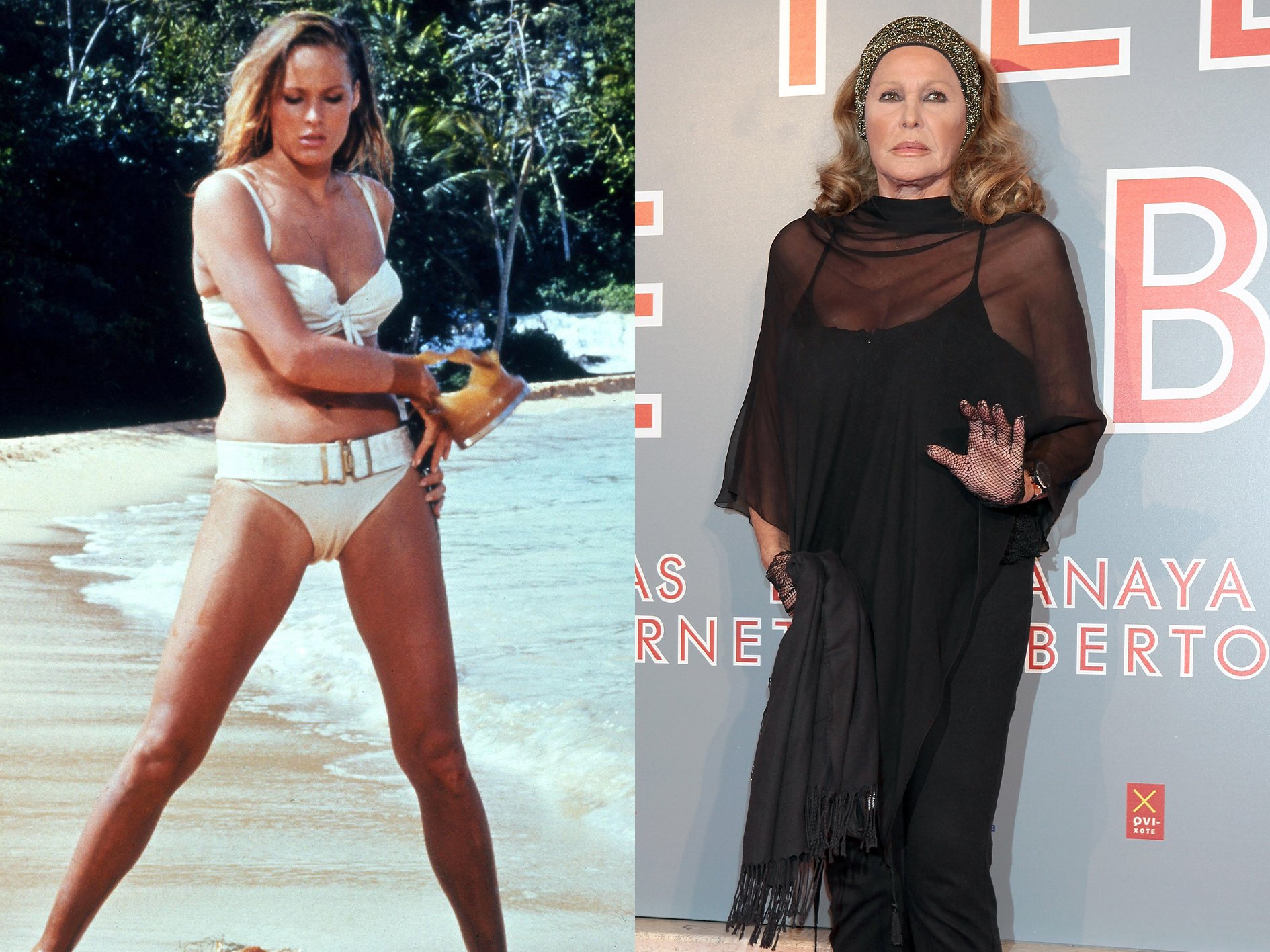 Swiss model and actress Ursula Andress was 26 years old with a handful of films to her name when she was cast opposite Sean Connery in 1962’s Dr No, the very first James Bond movie.

Andress played Honey Ryder, a blonde bombshell in a white bikini. As well as being the original Bond Girl, many would argue she still remains the most memorable of them all.

While Andress’ lifelong fame was assured, her career never reached the same heights again, despite roles in the likes of She and Clash of the Titans, as well as 1967 Bond spoof Casino Royale. Her last screen credit came in 2005. 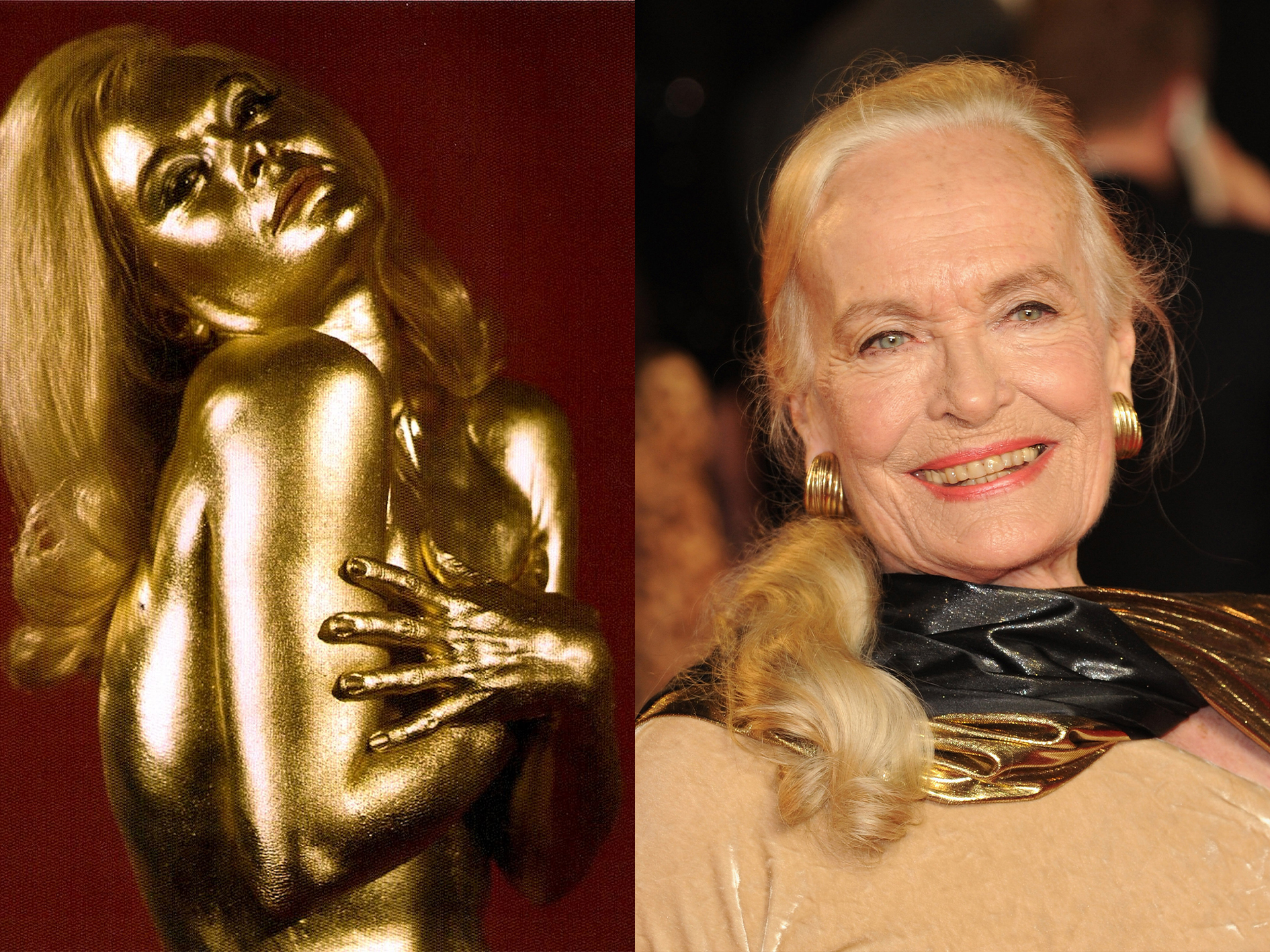 While the most celebrated Bond Girl of 1964’s Goldfinger was Pussy Galore (played by the sadly-missed Honor Blackman), in some respects Shirley Eaton’s turn in the film is even more iconic.

Goldfinger was largely promoted on the image of Eaton’s Jill Masterson painted in gold. An urban legend arose, claiming the 27-year-old actress had genuinely died by asphyxiation from being covered in gold paint, as happens to her character in the film.

This of course was untrue; Eaton went on to make several more films before retiring as an actress in 1969. She later returned to the public eye in the early 2000s as an author.

Tsai Chin (You Only Live Twice and Casino Royale) 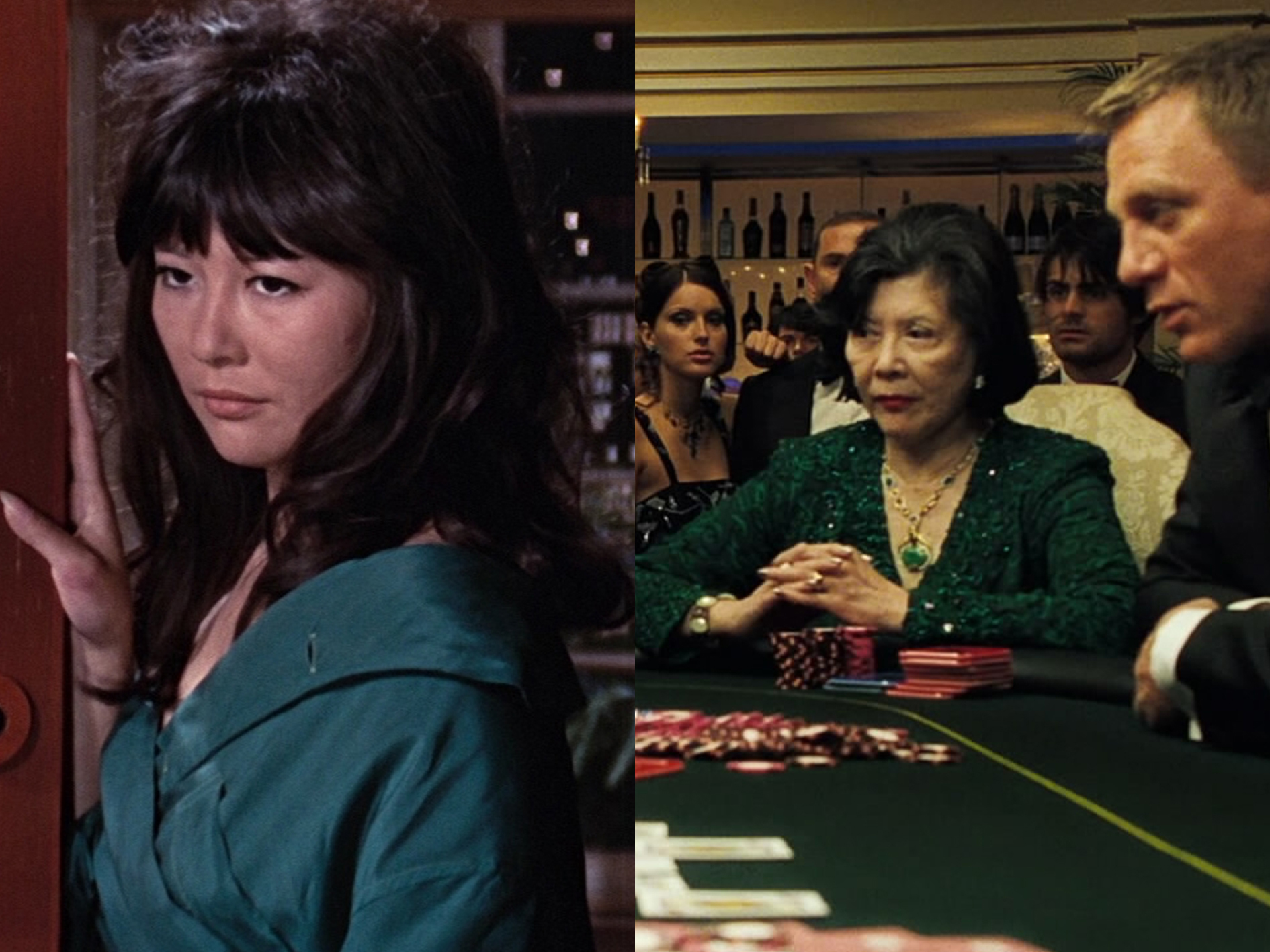 Chinese actress and singer Tsai Chin appeared briefly in 1967’s You Only Live Twice as Ling, who memorably tells Connery’s Bond, “darling, I give you very best duck.”

After several more film and TV roles, Tsai Chin largely disappeared from screens until 1993, when she took a key role in acclaimed drama The Joy Luck Club.

Finally in 2006, Tsai Chin became one of the few Bond Girls to make a second appearance in the series, appearing as one of the poker players in Daniel Craig’s 007 debut Casino Royale. 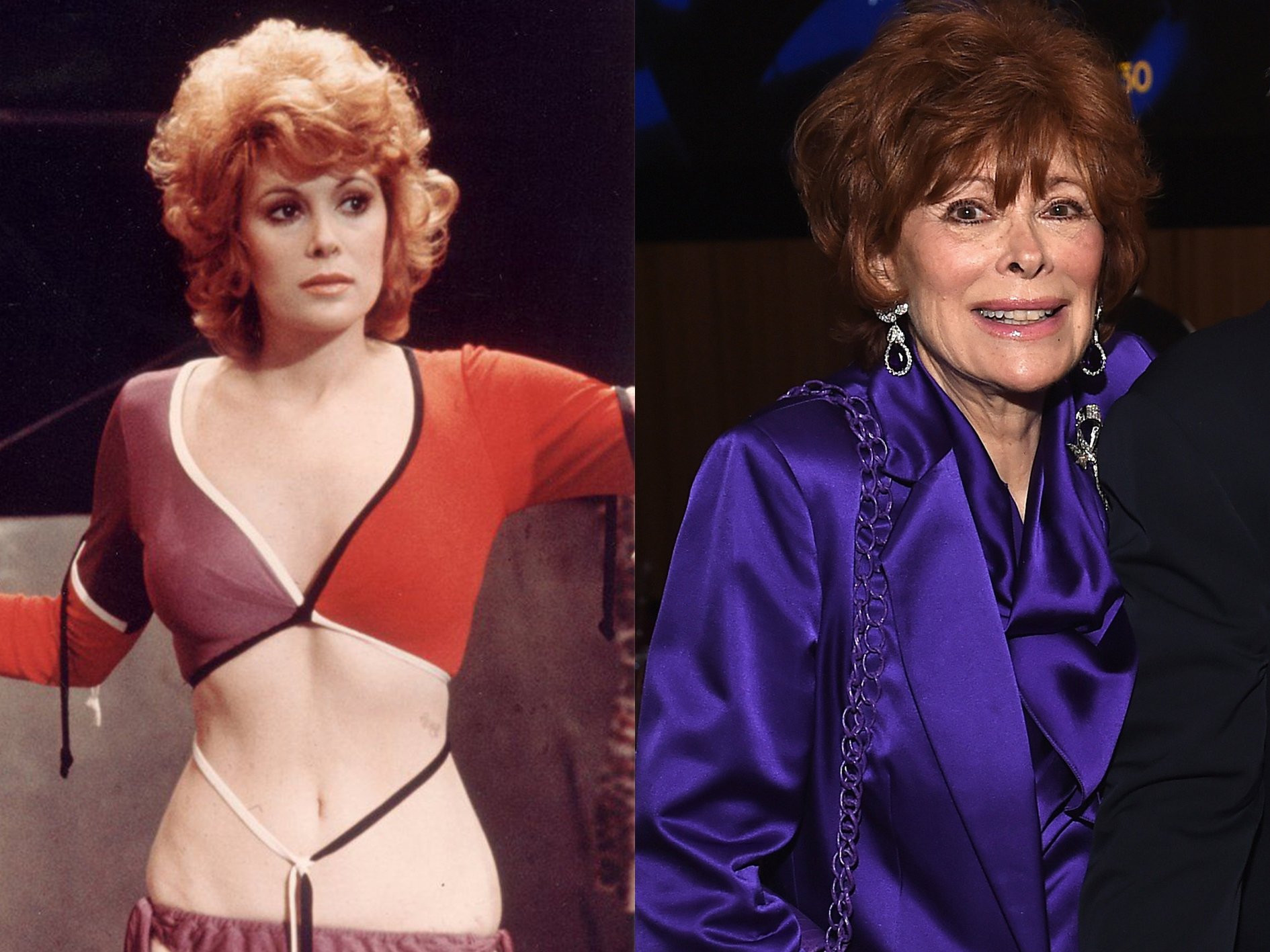 Connery’s 1971 Bond swan song Diamonds Are Forever isn’t one of the best-loved entries in the series, but most fans agree Jill St. John made an impression as diamond smuggler Tiffany Case.

Tiffany Case was the first American Bond Girl (although she was one of two Americans romanced by Bond in that film, the other being Lana Wood’s Plenty O’Toole).

St. John was already two decades into her career at the time, having started out as a child actress. She worked mostly in TV after Diamonds; her last credit was as Mrs Claus in the 2014 Hallmark Channel Christmas movie Northpole. 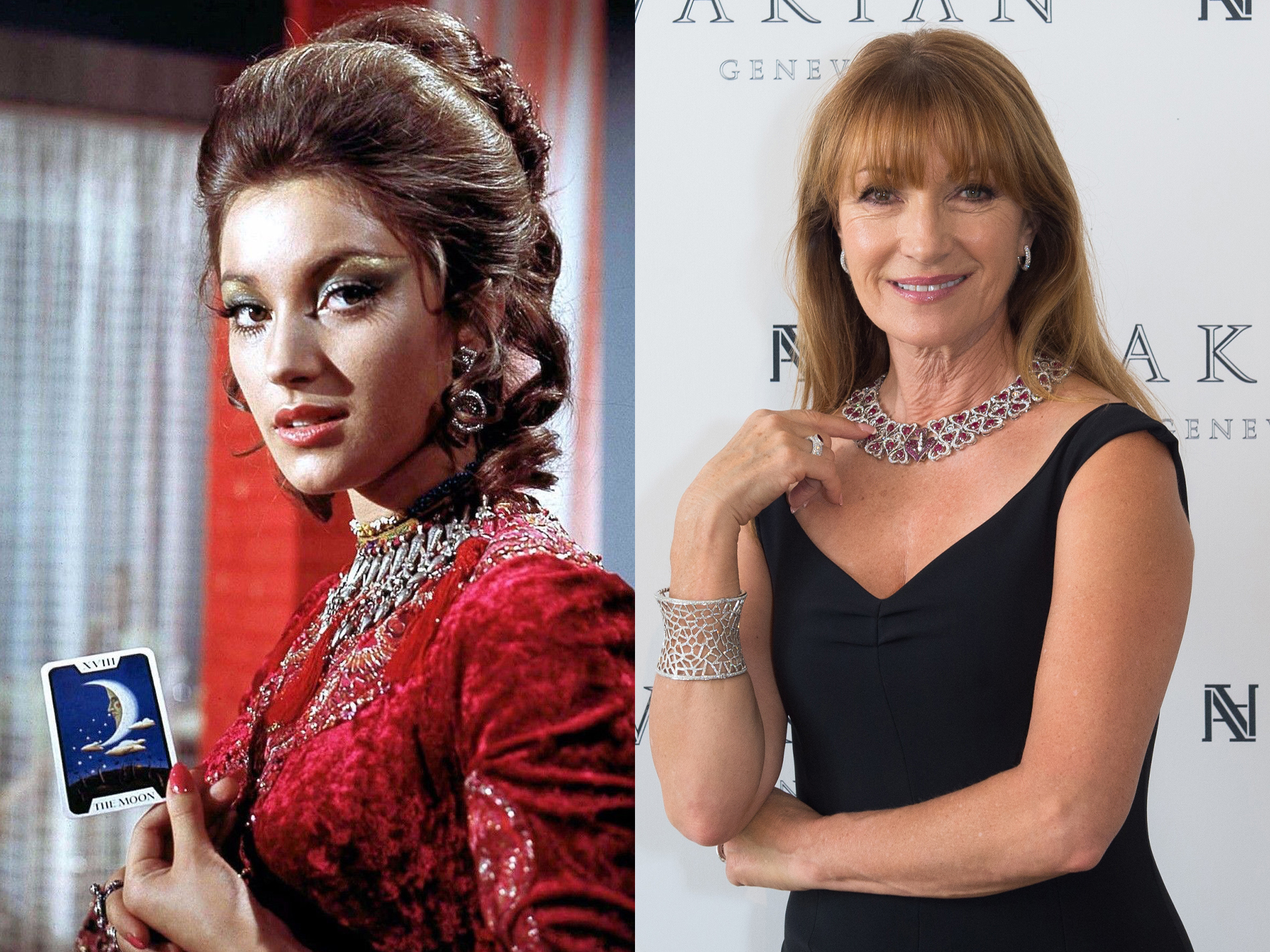 British actress Jane Seymour was 22 years old when she was catapulted to fame as tarot reader Solitaire, love interest of first-time Bond Roger Moore in 1973’s Live and Let Die.

While famed for sharing a stage name with the name of one of Henry VIII’s wives, Seymour was actually born Joyce Penelope Wilhelmina Frankenberg in Uxbridge, Middlesex in 1951.

Seymour has enjoyed a long and fruitful career as an actress, author and entrepreneur. Many viewers best remember her for TV’s Dr Quinn: Medicine Woman, but today she may be more closely associated with her memorable supporting role in 2005 comedy Wedding Crashers.

Maud Adams (The Man with the Golden Gun and Octopussy) 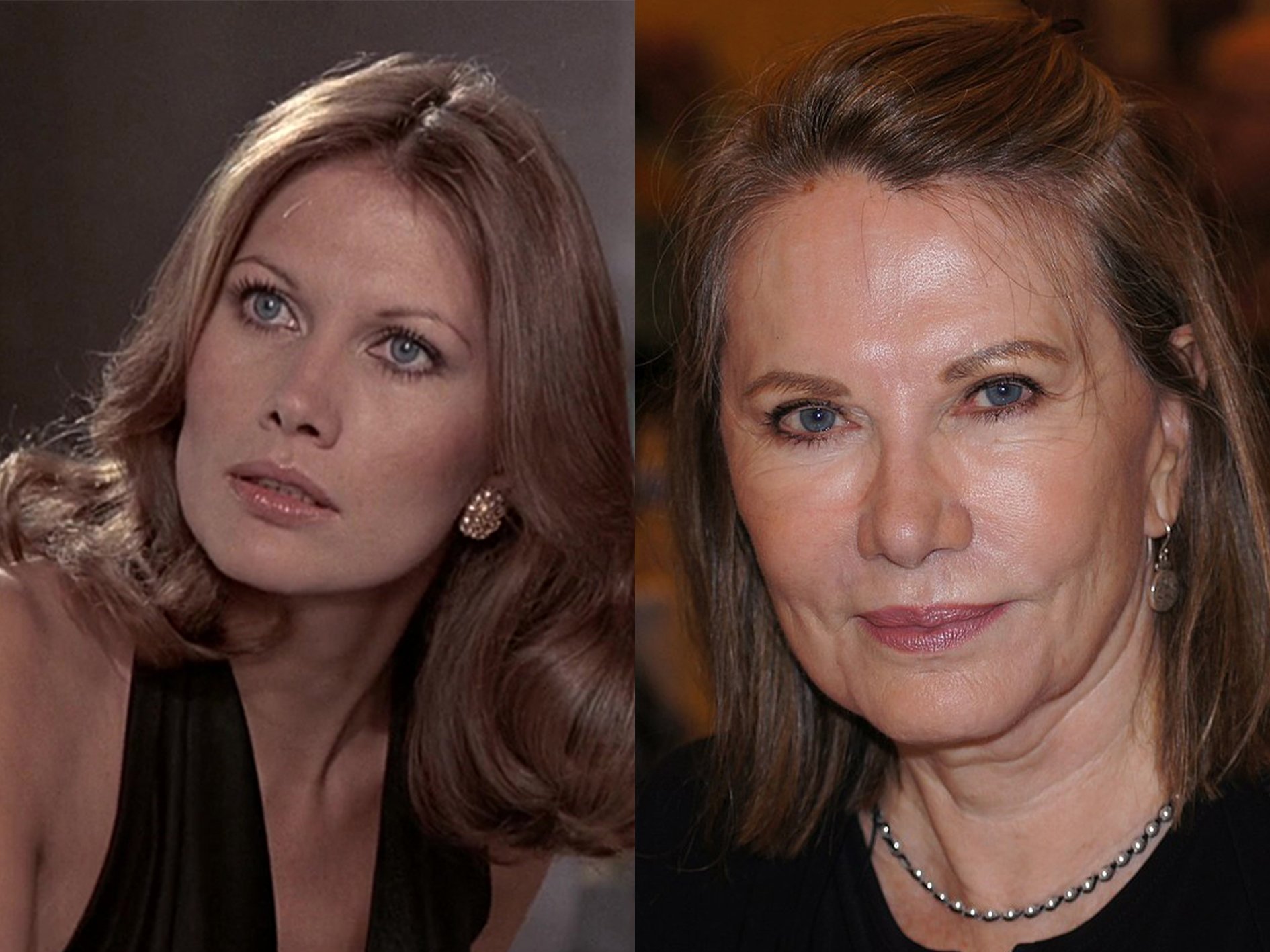 Swedish model-turned-actress Maud Adams was 29 when she appeared alongside Roger Moore in 1974’s The Man with the Golden Gun. Adams portrayed Andrea, the doomed mistress of Christopher Lee’s villain Scaramanga.

Nine years later, Adams broke new ground by returning to the series in another leading role, as the title character in Moore’s penultimate Bond movie Octopussy.

Outside of Bond, Adams struggled professionally, mainly landing B-movies and TV bit parts. Her last screen credit was in 2008’s The Seekers.

Barbara Bach (The Spy Who Loved Me) 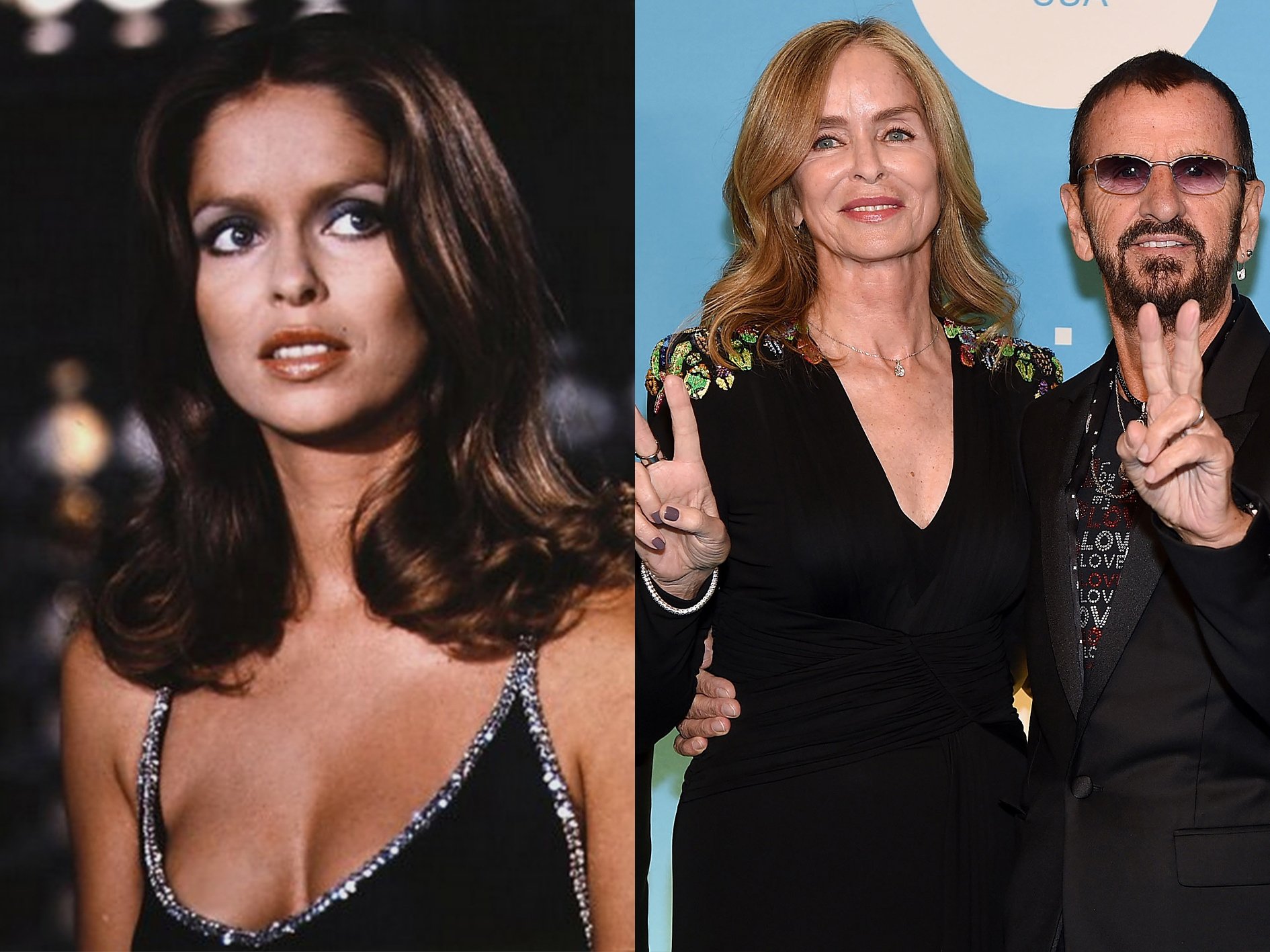 Bach is so closely associated with this Russian character that you may be unaware she’s actually American. She was born Barbara Goldbach in Queens, New York in 1947.

Bach never landed another role of the same magnitude, but on the set of 1981 comedy Caveman she met former Beatle Ringo Starr. The couple wed later that year, and are still together today. 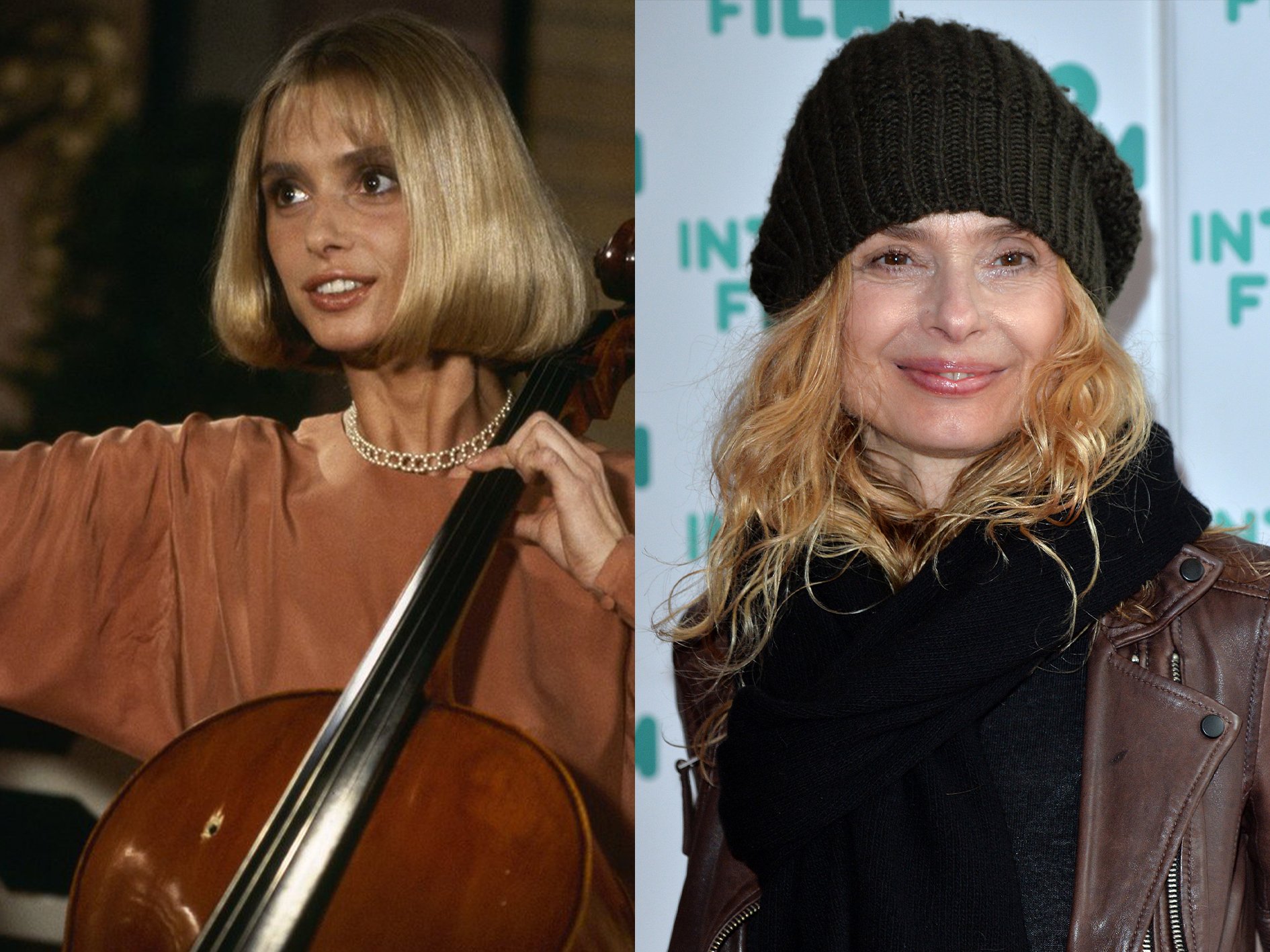 London-born actress Maryam d’Abo helped usher in a new era for Bond and his women when she portrayed Czech cellist Kara Milovy, first love interest of Timothy Dalton‘s 007 in 1987’s The Living Daylights.

Aged 26 at the time, d’Abo already had a number of film, TV and stage credits to her name, and she’s continued to work steadily since, though rarely in anything as high profile as Bond.

In 2002, d’Abo celebrated her rare heritage by producing and presenting the documentary Bond Girls Are Forever, in which she interviewed many of the other actresses made famous by their appearances in the series. 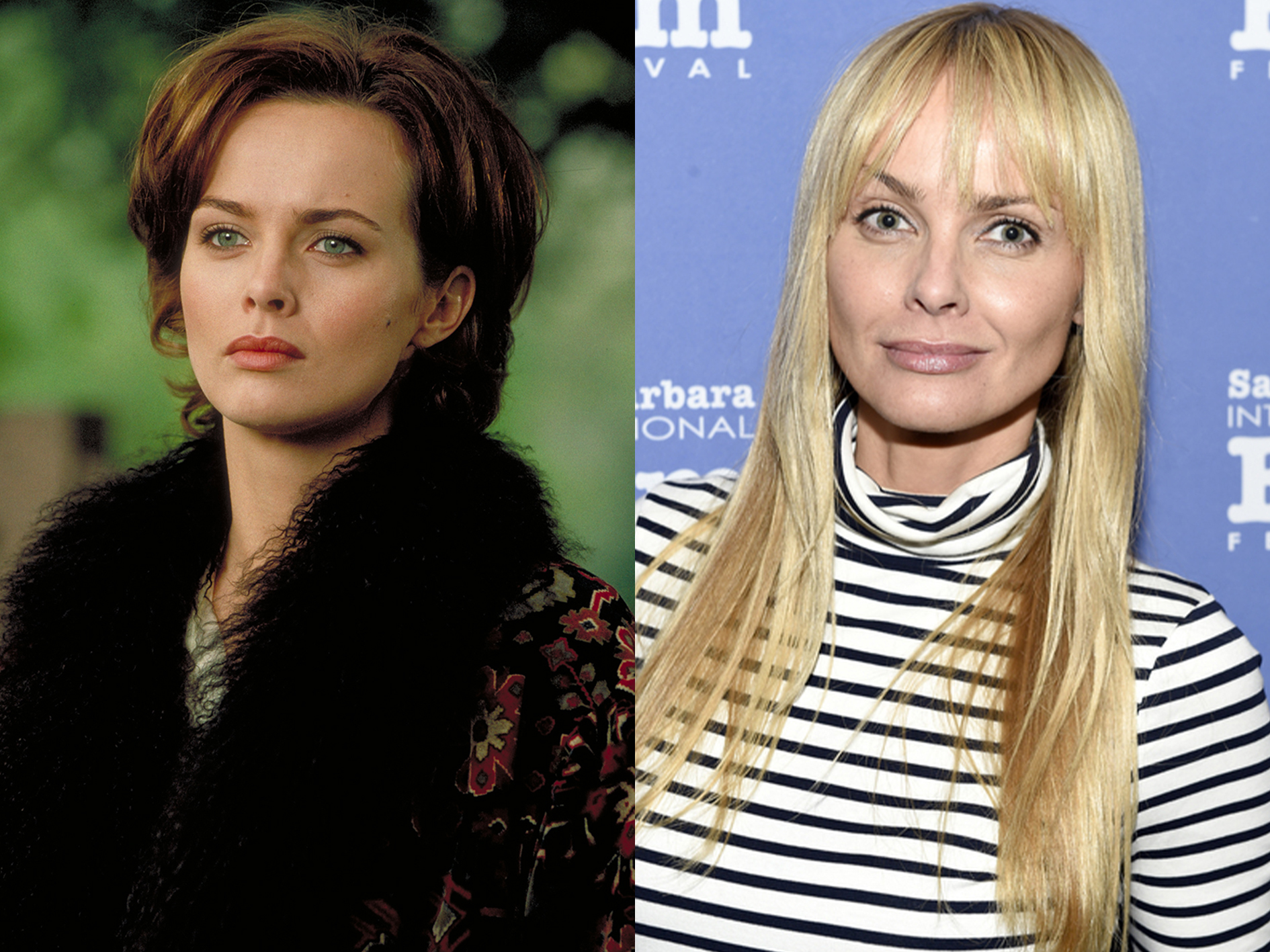 Polish actress, model and singer Izabella Scorupco became the most glamorous computer programmer the world has ever seen when she portrayed Natalya Simonova in 1995’s GoldenEye, the 007 debut of Pierce Brosnan.

Born Izabela Dorota Skorupko in June 1970, the actress was joined in the movie by another model-turned-actress, Famke Janssen. Yet while Janssen would go on to huge success, Scorupco’s career never quite took off.

She went on to appear in Vertical Limit, Reign of Fire and Exorcist: The Beginning, but has since disappeared from the limelight. Her last film role of note came in 2017 thriller Sleepwalker. 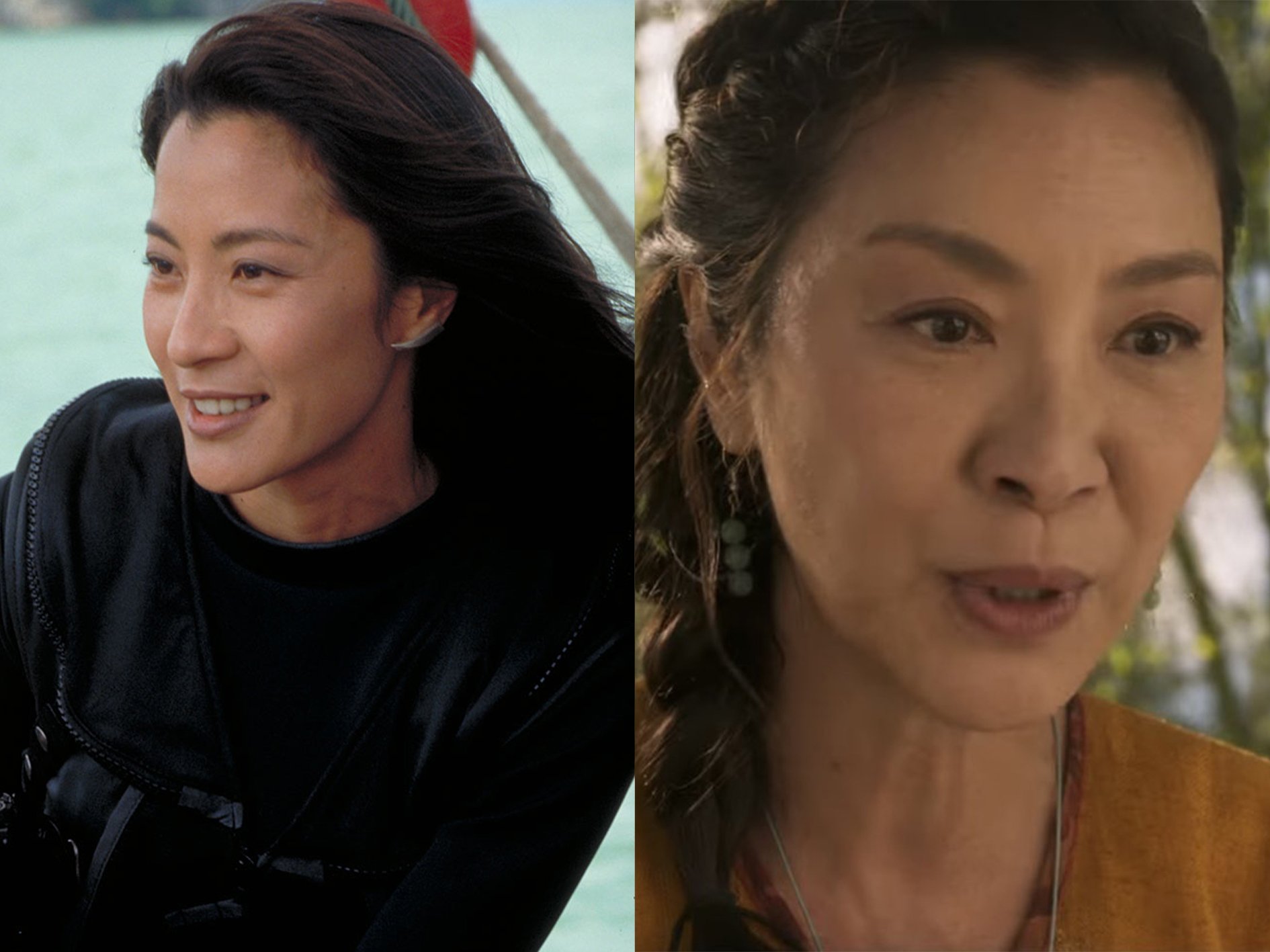 Yeoh’s charisma and fighting prowess wowed audiences (and, most would agree, put Pierce Brosnan to shame), leading to reports of a potential Wai Lin spin-off movie. Sadly this never came to pass, but Yeoh’s career went from strength to strength regardless.

She earned massive acclaim and awards nominations for her work in 2000’s Crouching Tiger, Hidden Dragon, and has since starred in many more hits in both the East and the West. Recently Yeoh has appeared in Crazy Rich Asians and TV’s Star Trek: Discovery, and soon she’ll be seen in Marvel’s Shang Chi and the Legend of the Ten Rings.