“I Need Help”: What Happened to The Shining’s Shelley Duvall

Thanks to her role in 1980 classic The Shining, Shelley Duvall is a film legend – yet we’ve barely seen her on screens at all in the past 20 years. The Texas-born actress starred in a number of the best-loved films of the 70s and 80s, before gradually fading from the limelight and quietly quitting the business.

As much as we’d like to think that Duvall is simply enjoying a well-earned retirement after a fruitful career, the truth is a great deal sadder. Following her swift rise to fame, Duvall struggled with mental health problems which ultimately got the better of her – and her gruelling experience making The Shining may have contributed to her decline. 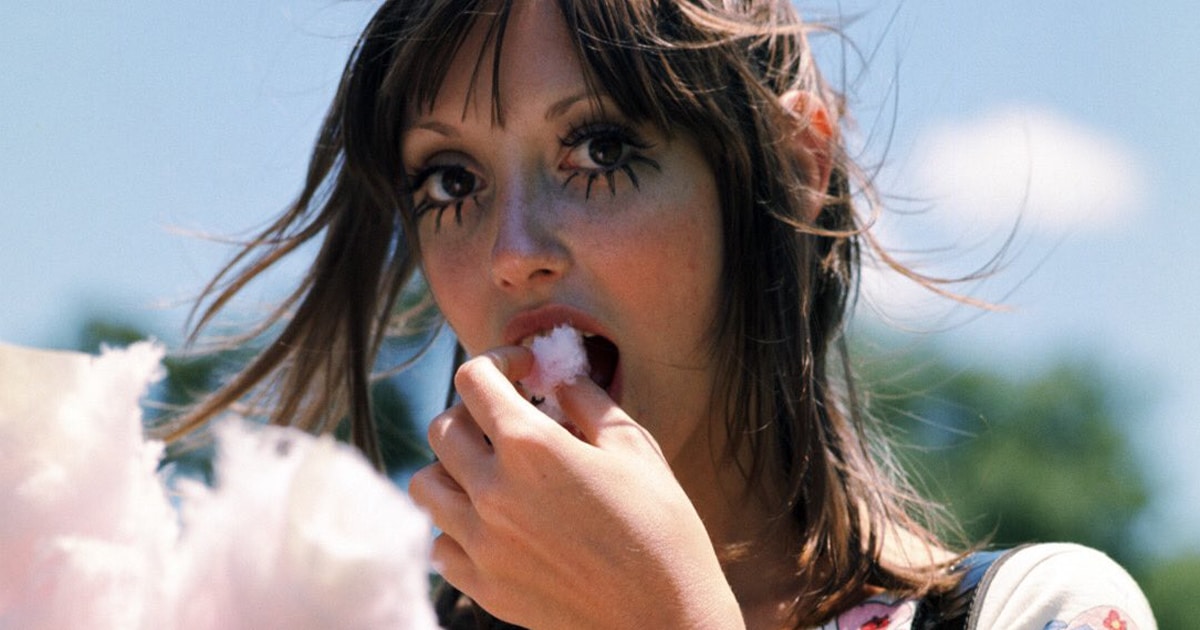 Shelley Alexis Duvall was born in Forth Worth, Texas on July 7, 1949, the daughter of lawyer Robert Duvall and real estate broker Bobbie Ruth Crawford. (Despite their shared names and careers, Shelley is not related to fellow actor Robert Duvall.) A good student, Shelley initially had aspirations of becoming a scientist. In 1970, she married artist Bernard Sampson, but this ended in divorce in 1974.

Very much a child of the 60s, Duvall grew into a fashion-conscious young woman, and did a little work as a model. Then, at a party in 1970, she happened to meet some film crew members who were working on Brewster McCloud, the latest production from M*A*S*H* director Robert Altman.

Fascinated by Duvall’s striking looks and playful manner, the crew members brought her to meet Altman, and after an audition process she was given the role of Suzanne. Not only had Duvall never planned to become an actress, she’d never even left the state of Texas before heading to Hollywood to shoot her Brewster McCloud role. 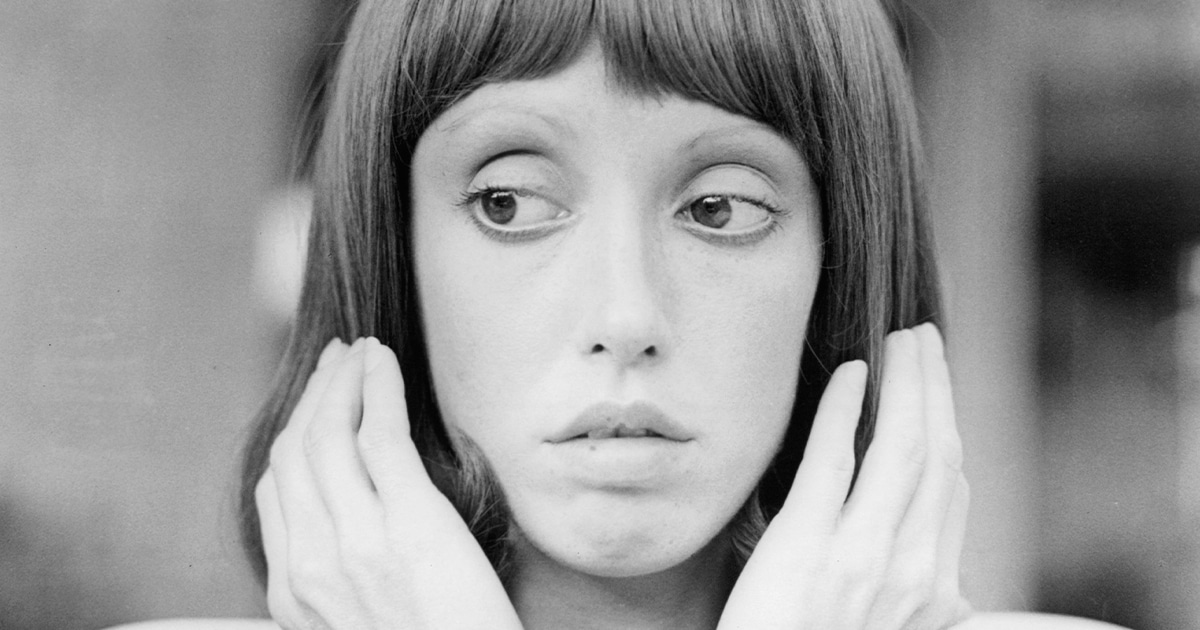 This kicked off a long-standing professional relationship between Duvall and Robert Altman, as the director would go on to cast her again in a series of films including McCabe & Mrs Miller, Thieves Like Us and Nashville. These films brought her to the attention of other directors such as Woody Allen, who cast her in his 1977 Oscar winner Annie Hall.

Moreover, Duvall’s performance in a somewhat horrific scene towards the end of 3 Women convinced Stanley Kubrick that she’d be perfect for the part of Wendy Torrance in his adaptation of Stephen King’s novel The Shining. The reclusive auteur called the actress personally to offer her the role, which she happily accepted. 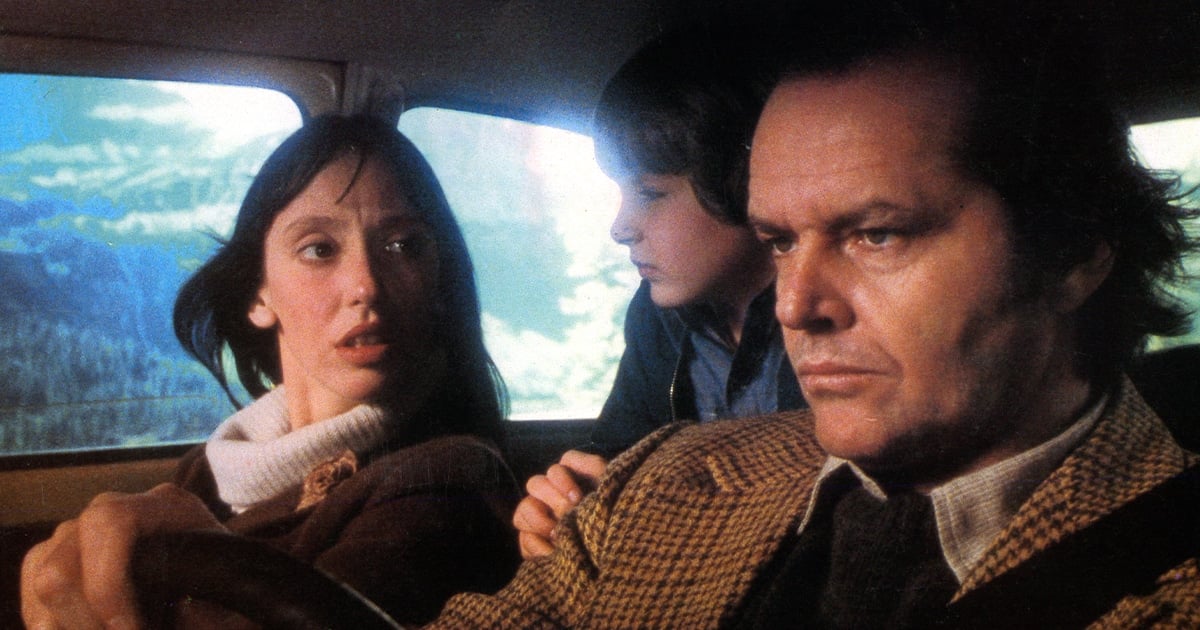 Exterior scenes for The Shining were filmed at Oregon’s Timberline Lodge, but the hotel interior was created at Elstree Studios in Hertfordshire. Duvall was already in a vulnerable state when she arrived in England to begin work on the film, as singer-songwriter Paul Simon, Duvall’s boyfriend of the time, had broken up with her immediately before her flight.

Production on The Shining would do little to ease Duvall’s state of mind. Work on the film alongside Jack Nicholson lasted almost an entire year, with notoriously hard taskmaster Kubrick often spending more than a week at a time on single scenes.

Duvall had to spend a great deal of her screen time crying and screaming in terror, and as Kubrick would force her to shoot these scenes over and over for months, this naturally took its toll on the actress psychologically. 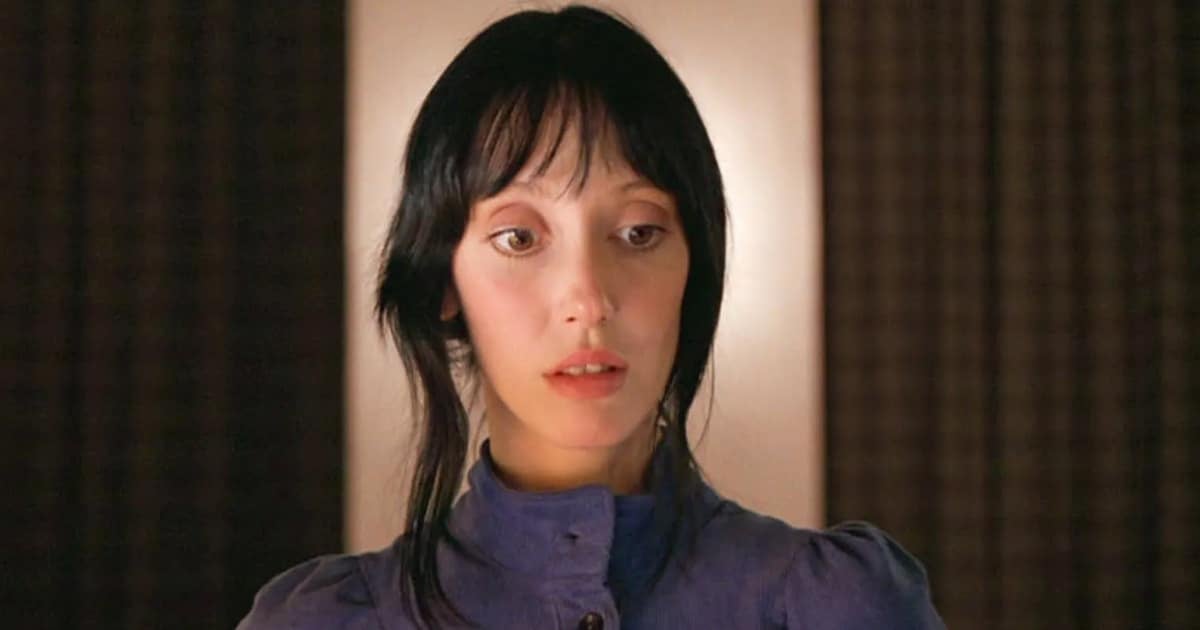 Reflecting on this arduous experience, Duvall has explained that to get herself into the necessary emotional state she would “think about something very sad in your life or how much you miss your family or friends. But after a while, your body rebels. It says: ‘Stop doing this to me. I don’t want to cry every day.’ And sometimes just that thought alone would make me cry.”

One particularly intense sequence – the confrontation between Nicholson’s Jack and Duvall’s Wendy on a staircase – wound up earning a spot in the Guinness Book of Records for the number of takes put on film. Kubrick made the two actors do the scene 127 times over the course of three weeks before he was finally satisfied.

It has since come to light that Kubrick was unusually hard on Duvall throughout the shoot for The Shining; reportedly the director would openly praise her co-star Nicholson’s work, without ever saying a complimentary word to Duvall. The experience left Duvall physically ill, with her losing hair from the stress. 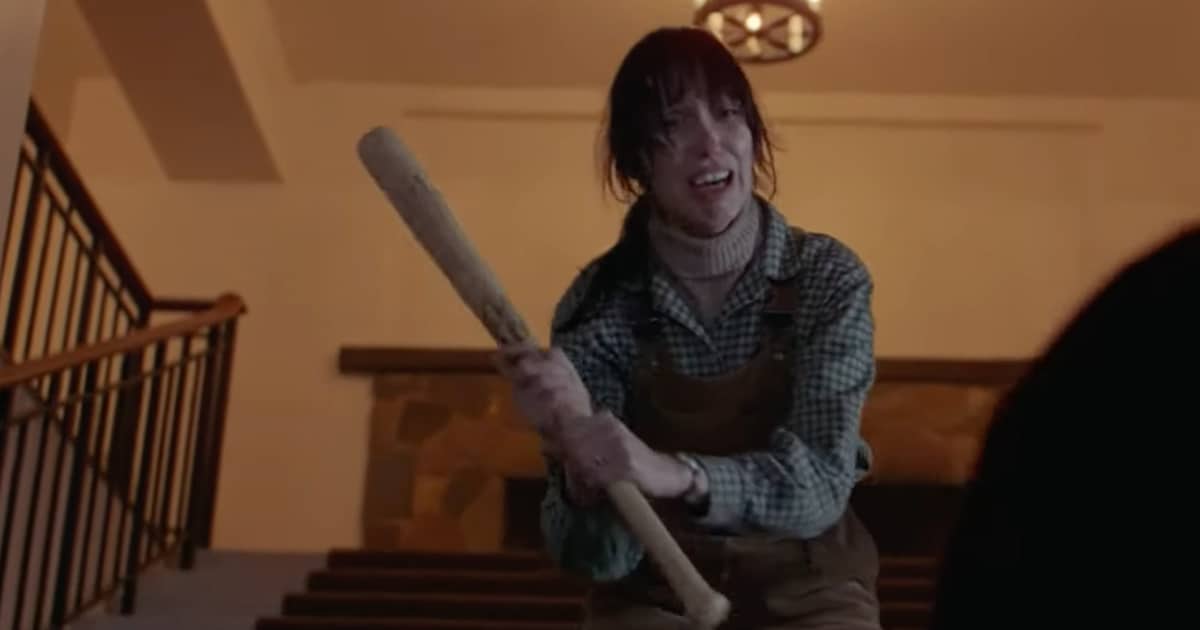 Duvall regrettably didn’t receive the praise she deserved once the film was released. Although The Shining is now considered a classic, it was not especially well-received when it opened in 1980. Duvall’s work in particular attracted criticism; she was nominated for Worst Actress at that year’s Razzie Awards.

Worse yet, The Shining author Stephen King blasted Duvall’s performance, remarking “she’s basically just there to scream and be stupid, and that’s not the woman that I wrote about.” (It should be noted that King aimed most of his vitriol at Kubrick, rather than Duvall herself.)

After The Shining, Duvall reunited with Robert Altman (for the seventh and final time) to play a considerably lighter role: Olive Oyl in Popeye, a live-action take on the beloved cartoon, with Robin Williams in the title role. This film was also met with a mixed response. 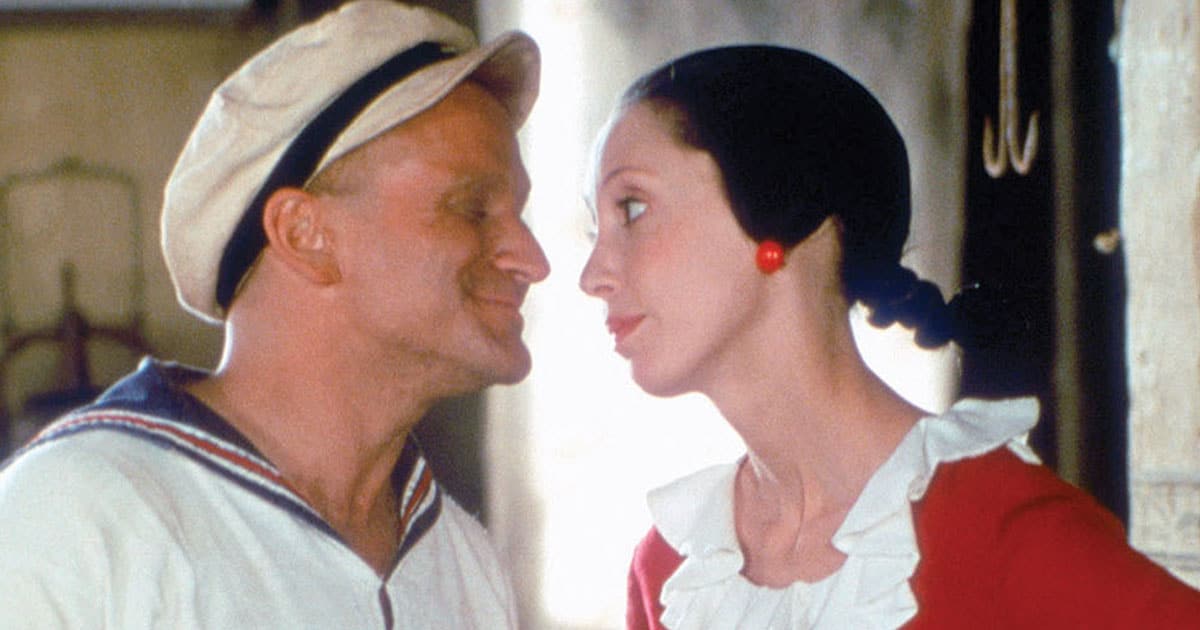 Duvall’s film work in the 80s was sporadic, taking in roles including Time Bandits and Roxanne. She focused her energies instead on television work, as the creator, producer and host of Faerie Tale Theatre, a fantasy anthology series for cable network Showtime.

With Faerie Tale Theatre, Duvall provided a launchpad for a number of directors who went on to bigger things, notably Tim Burton and Emile Ardolino. Even the esteemed Francis Ford Coppola directed an episode. A lot of big name stars appeared on the series alongside Duvall herself, including Vincent Price, Anjelica Huston, Carrie Fisher, Mick Jagger and Jeff Bridges.

One of the best-loved Faerie Tale Theatre productions was Snow White and the Seven Dwarves, starring Elizabeth McGovern and Vanessa Redgrave. Duvall would go on to host and produce several similar TV shows including Tall Tales & Legends and Shelley Duvall’s Bedtime Stories (both of which earned her Primetime Emmy Award nominations), as well as three-part Gothic horror mini-series Nightmare Classics. 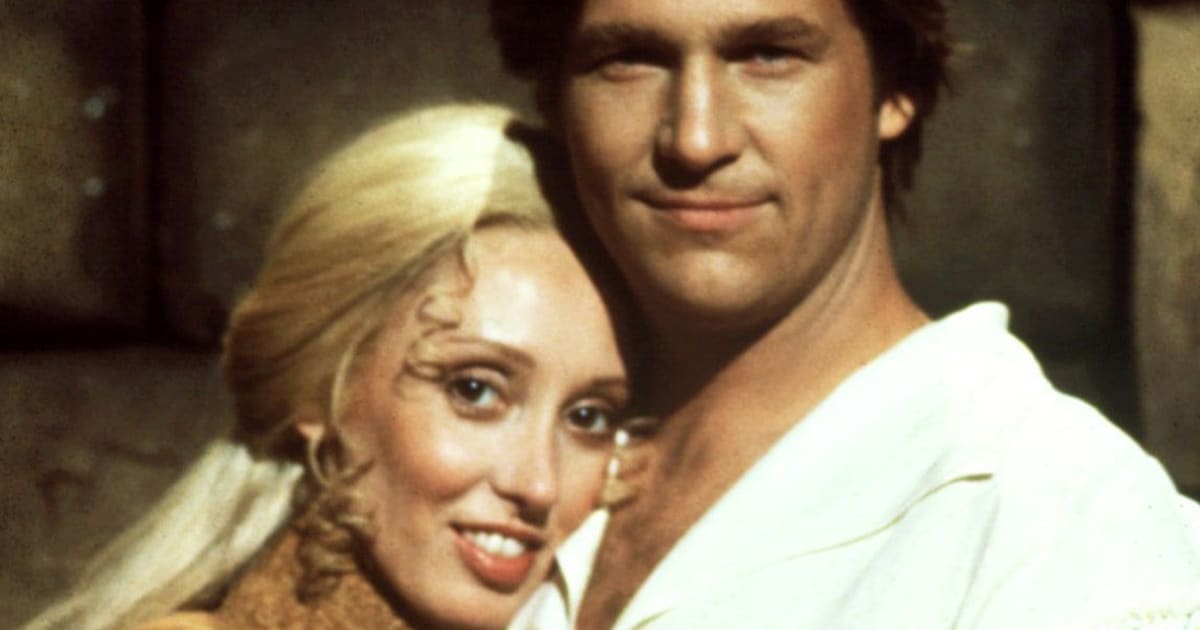 By the mid-90s, however, Duvall stepped away from producing and returned her attention to acting for a time. The bulk of her later acting credits were on TV and in smaller productions, and after appearing in the 2002 film Manna from Heaven she walked away from the industry altogether. Duvall is said to have accrued an estimated net worth of $5 million, but it is not known how her finances are today.

For some time, Duvall was almost forgotten by the world at large – until she was brought back into the spotlight by the psychology-oriented TV show Dr Phil. Her interview revealed her to be almost unrecognisable from her younger self, and suffering from terrible mental health problems. Duvall made a series of bizarre claims, including the suggestion that her old co-star Robin Williams was not actually dead but was “shape-shifting,” before pleading, “I’m very sick, I need help.”

Many commentators, among them Stanley Kubrick’s daughter Vivian Kubrick, blasted Dr Phil for exploiting Duvall’s illness in the name of ratings, and spoke out in support of the actress. Duvall has herself admitted since that she felt misled by the show’s producers, and has refused requests for a follow-up appearance on the show. 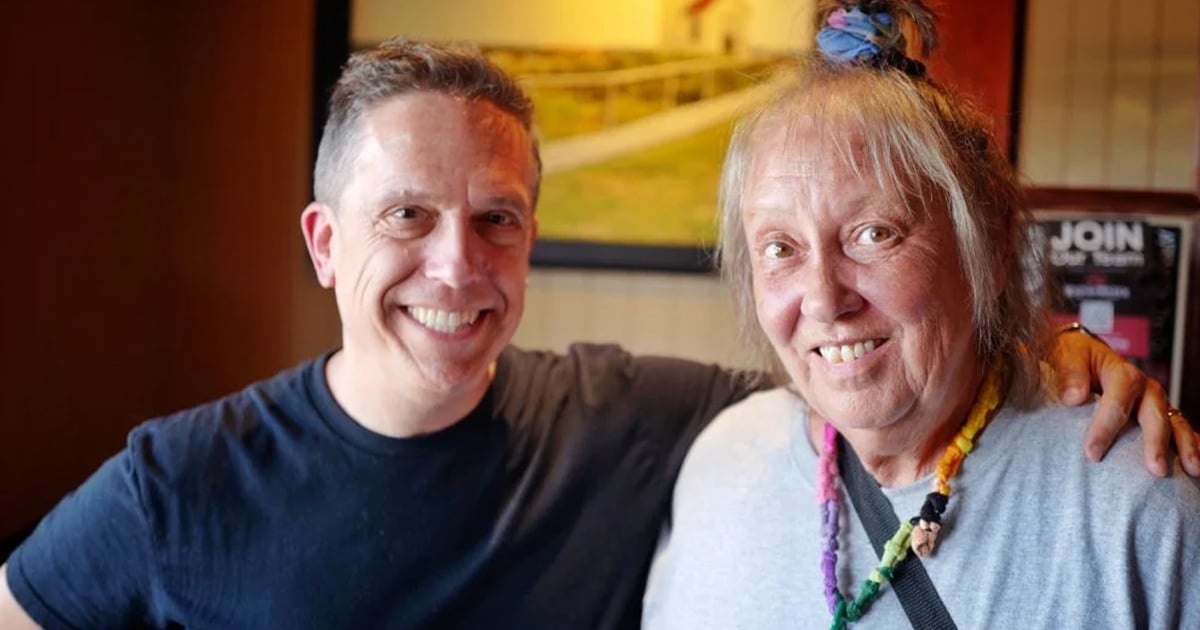 Today, Duvall lives in Texas with her long-term partner Dan Gilroy. In the wake of her well-publicised personal problems, the likelihood of her returning to the film industry seemed slim-to-none; however, in 2022 Duvall shot her first film in 20 years with a role in independent horror movie The Forest Hills alongside Edward Furlong and Dee Wallace.

Whether or not this will spark a major comeback for Duvall remains to be seen, but the fact that she has been able to start working again seems like a good sign that she may be back on track personally and getting the help she needs. Here’s hoping that continues.