What Happened To Sleeping With The Enemy’s Patrick Bergin?

For a brief period at the dawn of the 1990s, it looked like Patrick Bergin was set to make a big splash in Hollywood. After his arresting turn opposite Julia Roberts in the hit thriller Sleeping with the Enemy, the Irish actor seemed to have ‘next big thing’ written all over him.

Unfortunately, Bergin’s taste of big screen superstardom seemed to be over as soon as it began, and in recent years his highest profile work was a stint on British soap opera EastEnders. So what happened? 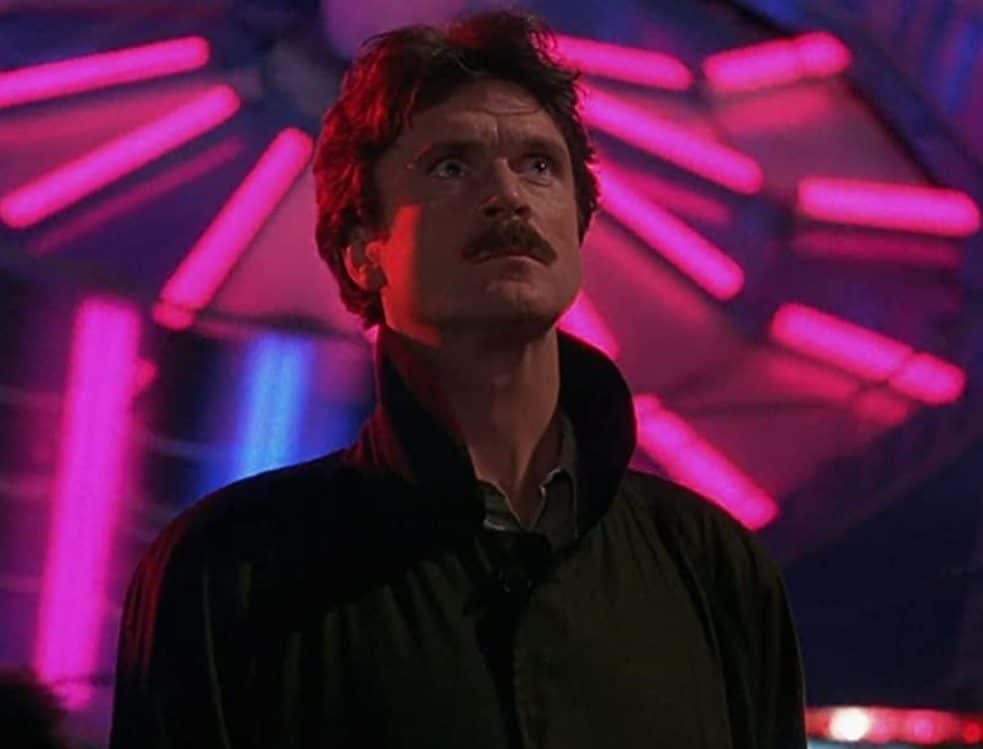 The son of a Labour Party politician of the same name, Patrick Bergin was born on 4 February, 1951 in Dublin. The surname Bergin derives from Irish mythology.

Patrick was one of five children, and his brother Emmet would eventually become an actor too, starring in Excalibur (1981) and Veronica Guerin (2003). Patrick reportedly moved to London by his late teens, and worked a variety of jobs whilst training as a teacher.

Bergin later formed his own theatre company, and gradually worked his way up the ladder as an actor before landing his first film roles in the late 80s, joining Pierce Brosnan and Allison Doody in thriller Taffin and appearing alongside Gabriel Byrne in The Courier (both 1988). 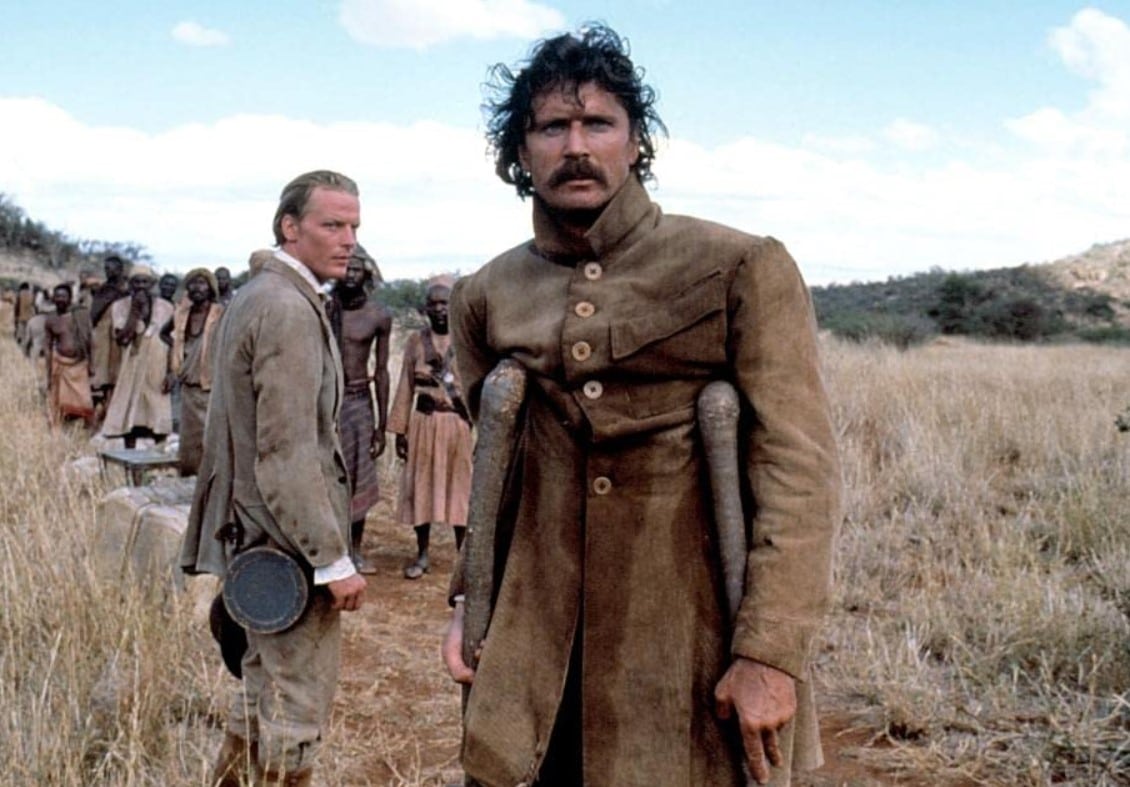 While not necessarily a star-making role, the film was enough to make Hollywood sit up and take notice of this promising new leading man.

One in-development project in need of a charismatic actor was 20th Century Fox production Sleeping with the Enemy. Adapted from the 1987 novel by Nancy Price, this hard-edged thriller would be one of the first major movies to deal with the uncomfortable subject of spousal abuse.

A number of big name stars had been linked to the project; Bergin himself told Yahoo in 2021, “at one point, I think it was going to be Sean Connery and Kim Basinger.” However, when Julia Roberts was cast in the female lead in the wake of the massively popular Pretty Woman, it was decided that the film’s male lead “shouldn’t have been played by someone well-known.” 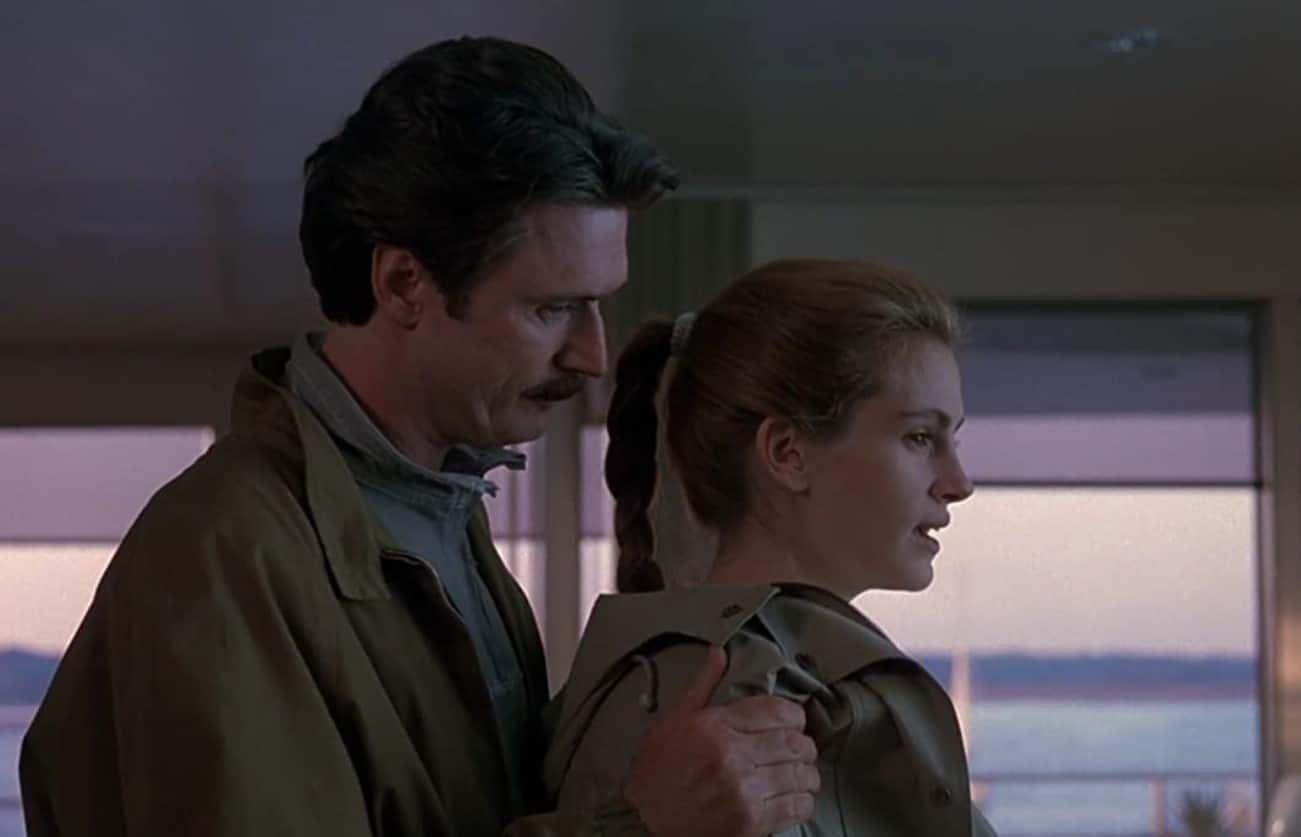 As a result, Bergin landed the male lead role in Sleeping with the Enemy opposite Julia Roberts. He took the role of Martin Burney, a man who initially seems to be the perfect husband to Roberts’ Laura, but is gradually revealed to be a fiercely controlling abuser. When she can’t take any more, Laura hatches a desperate plan to escape.

While Roberts’ innate likeability and relatability drew audiences to Sleeping with the Enemy, Bergin’s blend of charm and cruelty chilled viewers to the bone. At 1.9 metres, Patrick Bergin’s height helped to make him an imposing onscreen figure. Bergin brought plenty of personal touches to make the performance that bit more terrifying, notably replacing a lengthy monologue from the script with his ad-libbed line, “I can’t live without you, and I won’t let you live without me.”

Sleeping with the Enemy proved a big hit, earning over $175 million worldwide off a $19 million budget. Not all the critics were convinced, with many dismissing it as a formulaic thriller which handles its sensitive subject matter distastefully. However, the film proved to play a major role in helping spread awareness of the issue, to the extent that Bergin is still regularly invited to speak with anti-domestic violence groups today. 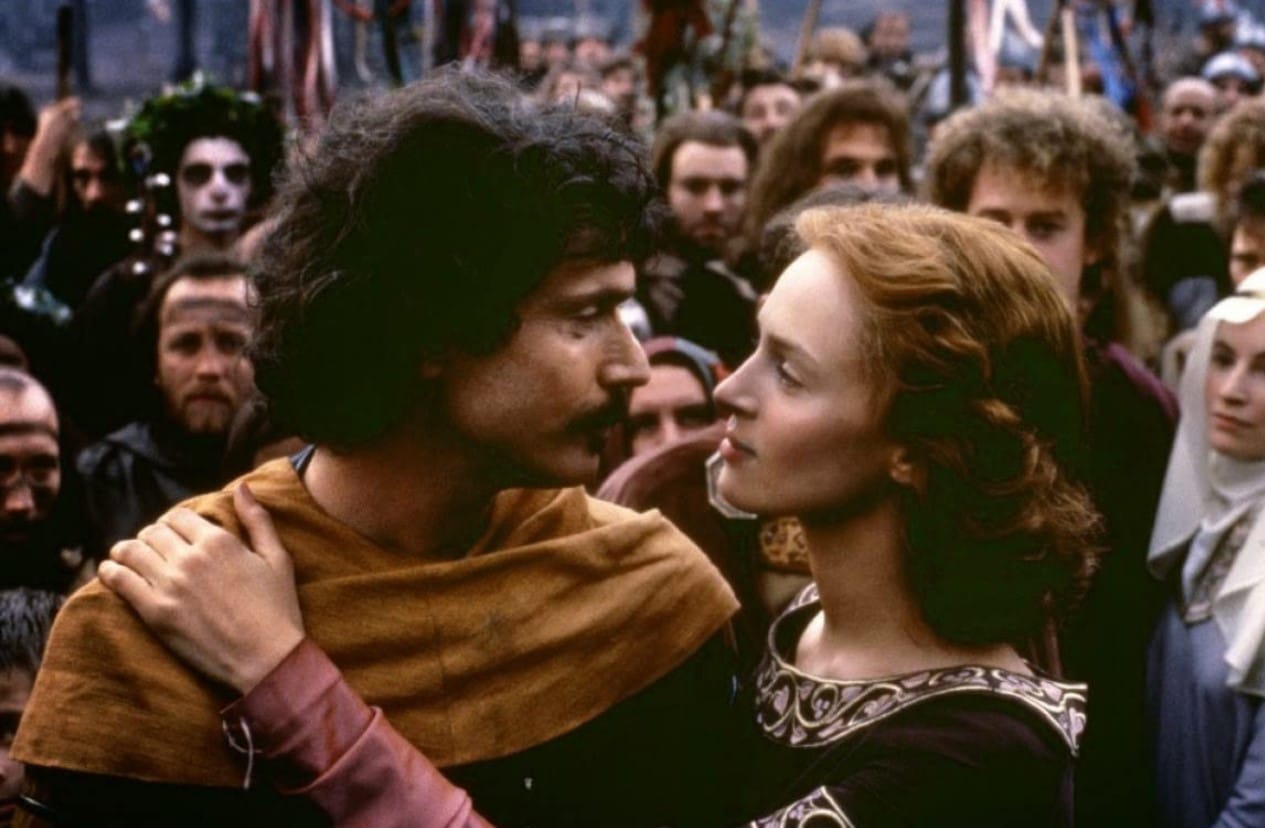 The strength of Bergin’s work in Sleeping with the Enemy would seem to have convinced top brass at 20th Century Fox that he had real star potential. With that in mind, the actor was cast in the lead of what promised to be one of the studio’s big movies of the year, based around one of the most famous mythic heroes of all time: Robin Hood.

Directed by John Irvin with Die Hard’s John McTiernan as executive producer, Robin Hood cast Bergin in the title role alongside hotly tipped up-and-comer Uma Thurman in the role of Maid Marian. The film presented a grittier, harder-edged take on the classic story than most previous versions.

Unfortunately, Robin Hood was hit by a number of problems. For one, it had been poised to be distributed internationally by Carolco, a film company that was facing significant financial difficulties at the time. Secondly, and perhaps most significantly, studio Warner Bros was simultaneously hard at work on a rival project, Robin Hood: Prince of Thieves, which boasted a far bigger budget and a far bigger star in Kevin Costner. 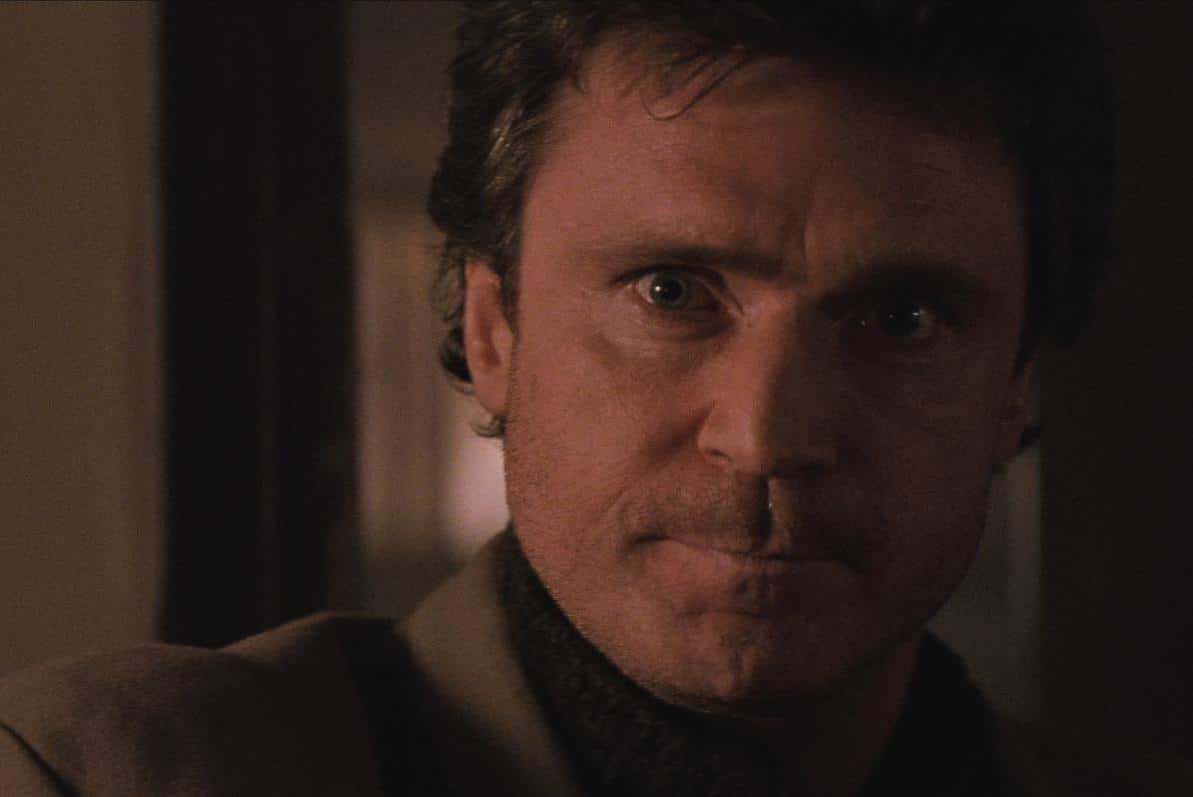 This was not a battle that Bergin’s film could win. Whilst Robin Hood: Prince of Thieves became the second biggest box office hit of 1991 (behind Terminator 2), Fox’s Robin Hood was largely ignored. Though it had a small theatrical release internationally, it wound up premiering in the US on television.

In the following year, Bergin married Paula Frazier in Trinidad and Tobago. The pair first met at a wedding in the early 80s, and they have one daughter named Tatiana. Frazier and Bergin ultimately divorced, and Bergin is now in a long-term relationship with Helen Goldin.

By the 2000s, Bergin’s brief time on the A-list was already a distant memory. The actor was cast primarily in low budget European fare made either for television or the direct-to-video market. While it’s easy to imagine Bergin as a compelling King Arthur or Count Dracula, the productions in which he took those roles (2000’s Merlin: The Return and 2002 mini-series Dracula) sadly left a lot to be desired. 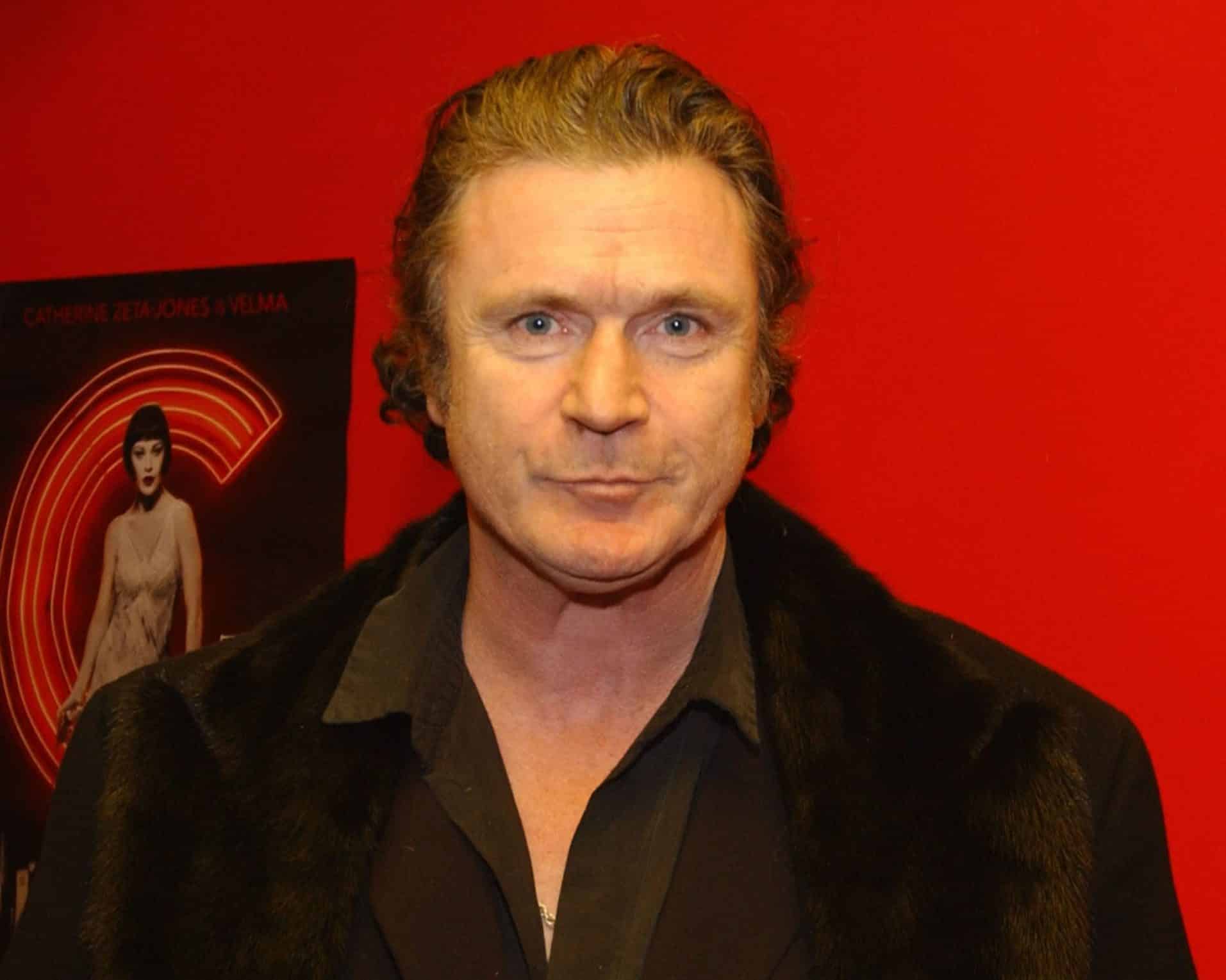 However, around that same time Bergin enjoyed some perhaps unexpected success in a different field: music. His band Patrick Bergin and the Spirit Merchants had a top 10 hit in his native Ireland in 2003, with their song The Knacker.

More recent years have seen Bergin’s profile rise a tad with roles in a number of well-received British crime thrillers, most notably 2016’s Free Fire, in which his co-stars included Brie Larson and Cillian Murphy.

Then in late 2017, Bergin came back to the attention of a wider audience with a run on EastEnders, the long-running BBC soap opera. Sticking to type, Bergin came to Albert Square as a villain named Aidan Maguire. Though his 32-episode arc on EastEnders ended in March 2018, the character proved popular, and there have been rumours of a possible comeback.

Now 71 years old, Patrick Bergin is still acting, albeit in smaller roles. His recent TV series include the dramas Wild Bill and Red Rock. In 2021, Bergin starred as an expert fiddler called Seamus in Finding You, a coming-of-age movie. For this role, he only pretended to play the fiddle – composer Kieran Kiely supplied the recordings behind the scenes. His co-stars included Jedidiah Goodacre and Katherine McNamara.

Bergin lives with his partner Helen Goldin in a castle in County Tipperary, Ireland. Fearing that was drinking an unhealthy amount in recent years, Bergin turned to teetotalism in 2014, with Goldin’s help. “To have Helen Goldin keep me on a strict regime has been incredible,” he told The Mirror in 2019. “It’s great, I’d recommend it, I feel much better, absolutely no question.”

The couple own several poodles, and they recently launched the Dogs Trust Legacy Garden in Dublin, where bereaved dog owners can commemorate their pets with engraved dog tags. 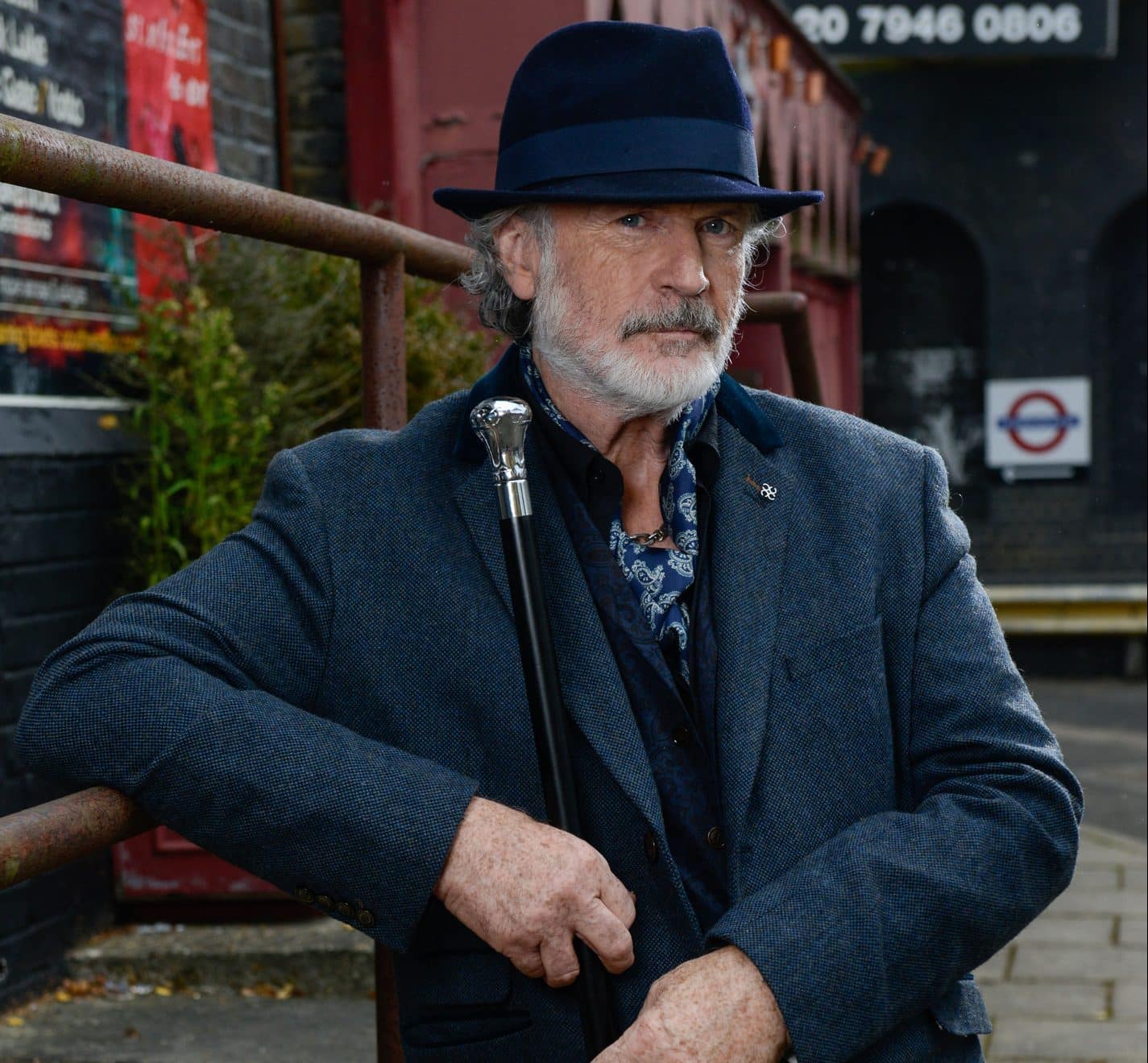 But Bergin remains best known for his sinister turn in Sleeping with the Enemy, which came tantalisingly close to making him a star. The actor remains proud of the film, calling it “a breakthrough movie in many ways… I think you could call it a classic thriller for sure.”