What Happened To Daryl Hannah?

Truly an 80s icon, Daryl Hannah was a darling of the silver screen in the days of Splash, Blade Runner and Steel Magnolias. But her leading lady roles declined sharply in the following decades, as she’s turned to increasingly obscure and smaller parts.

Was she simply another victim of Hollywood ageism – or is there much more to her life story than her movie credits show? We’re taking a look at where Hannah’s career lead her, from a terrifying encounter with Harvey Weinstein to a life “off the grid.”

‘They thought I should be institutionalized’ 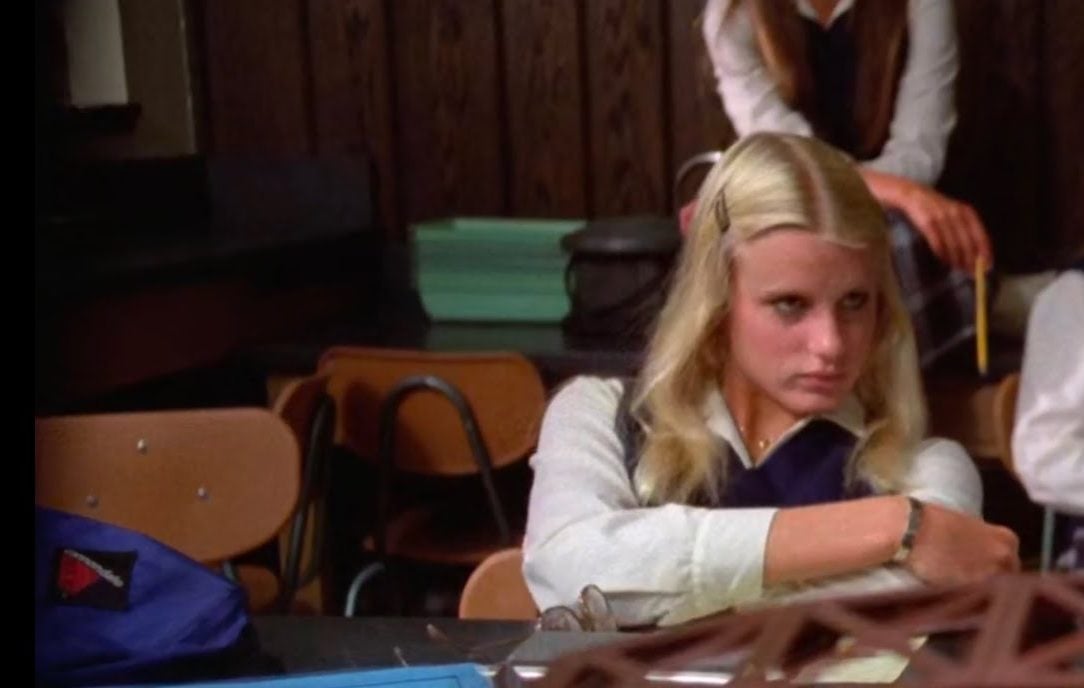 An intensely shy child, Hannah was born in Chicago in 1960 to a father who owned a barge company and a mother who was a producer.

After her parents split, she was raised by her mother alongside her brother Don, sister Page and half-sister Tanya Wexler. Tanya and Page would eventually work in the movie industry too.

But no one would have predicted the young Hannah would become a Hollywood superstar. She was diagnosed with autism, and later noted on the show Celebrity Ghost Stories, “I wasn’t communicative and wasn’t behaving like the rest of the kids.”

When Hannah was nine years old, her life took a disorienting turn as her mother remarried. Hannah’s new stepfather was the millionaire businessman Jerrold Wexler, and his high profile meant that Hannah was accompanied by bodyguards on her route to school. 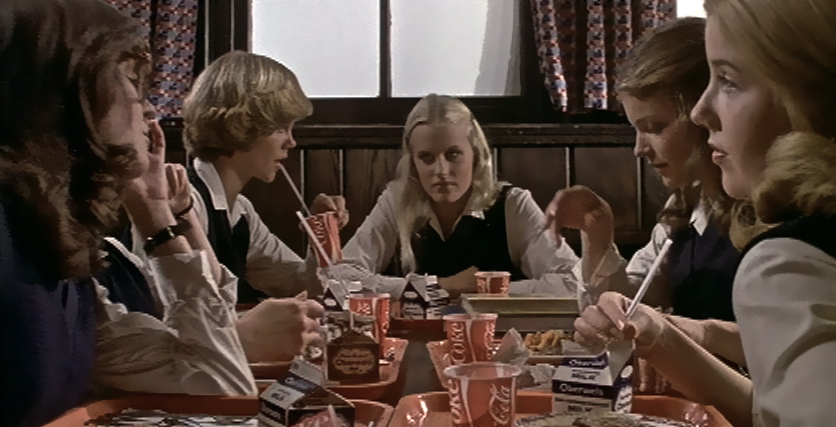 She explained that her parents and a psychologist were very concerned by her isolated nature. “They thought I needed to be on some kind of serious treatment plan, and I should probably be institutionalised,” she said.

However, Hannah’s mum settled on a very different course of action: she decided to take her daughter for a year-long stay on a Caribbean island, optimistic that a change of scene could help her daughter’s confidence.

Hannah grew into a talented and hardworking teen, studying at Francis W Parker School in Chicago, where she also played soccer. After graduation, she picked a ballet and acting course at the University of Southern California. 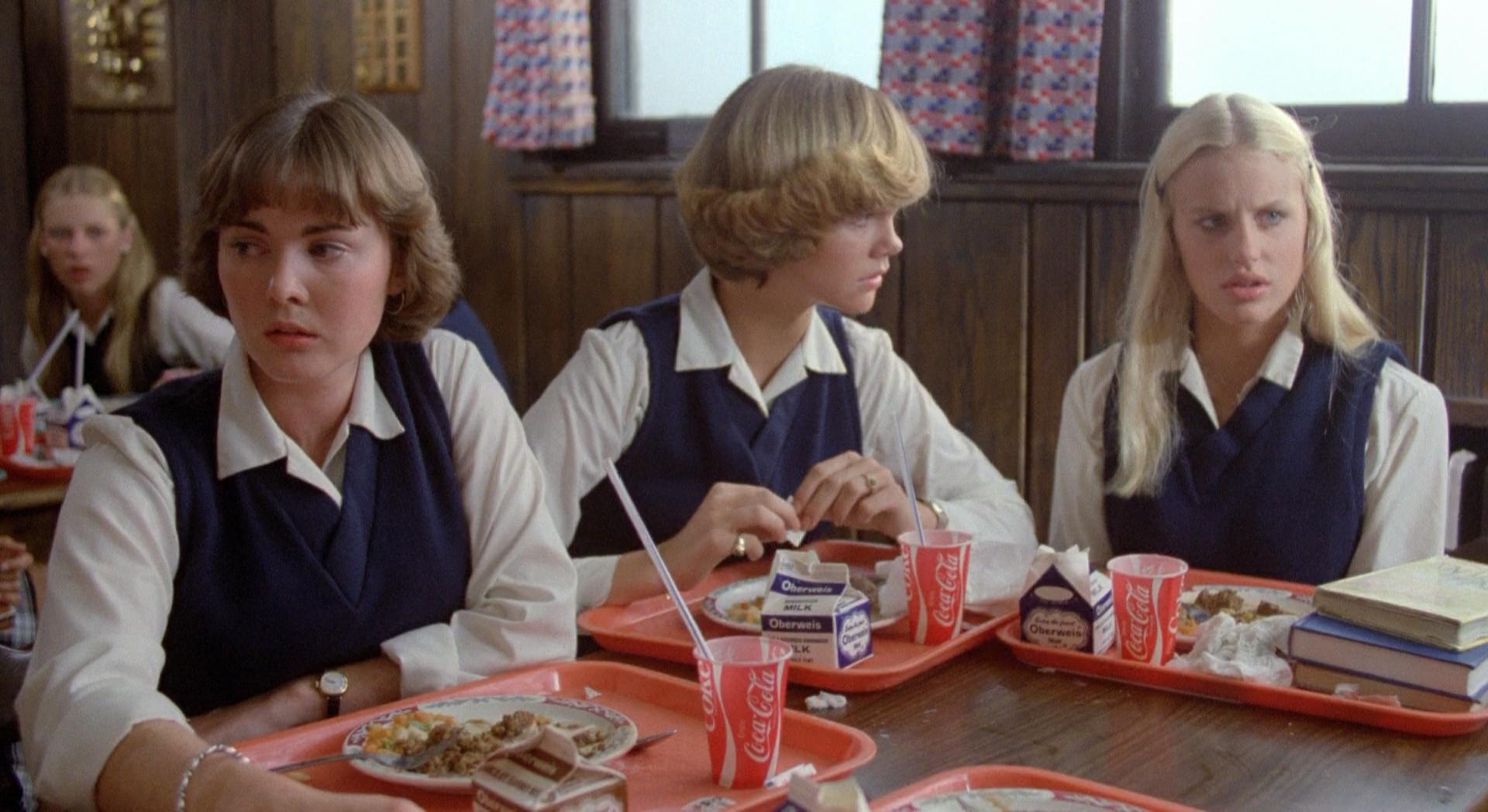 Hannah found her movie debut in Brian De Palma’s The Fury in 1978. She was 17 when the movie was released, and she played the small role of schoolgirl Pam.

But it was in Blade Runner that she shot to stardom, despite often feeling out of her depth. In her screen test for the role of Pris, she was asked to create her own futuristic look. She grabbed a yak-hair wig and covered her eyebrows with putty. To her horror, other hopefuls went for far more glamorous looks. 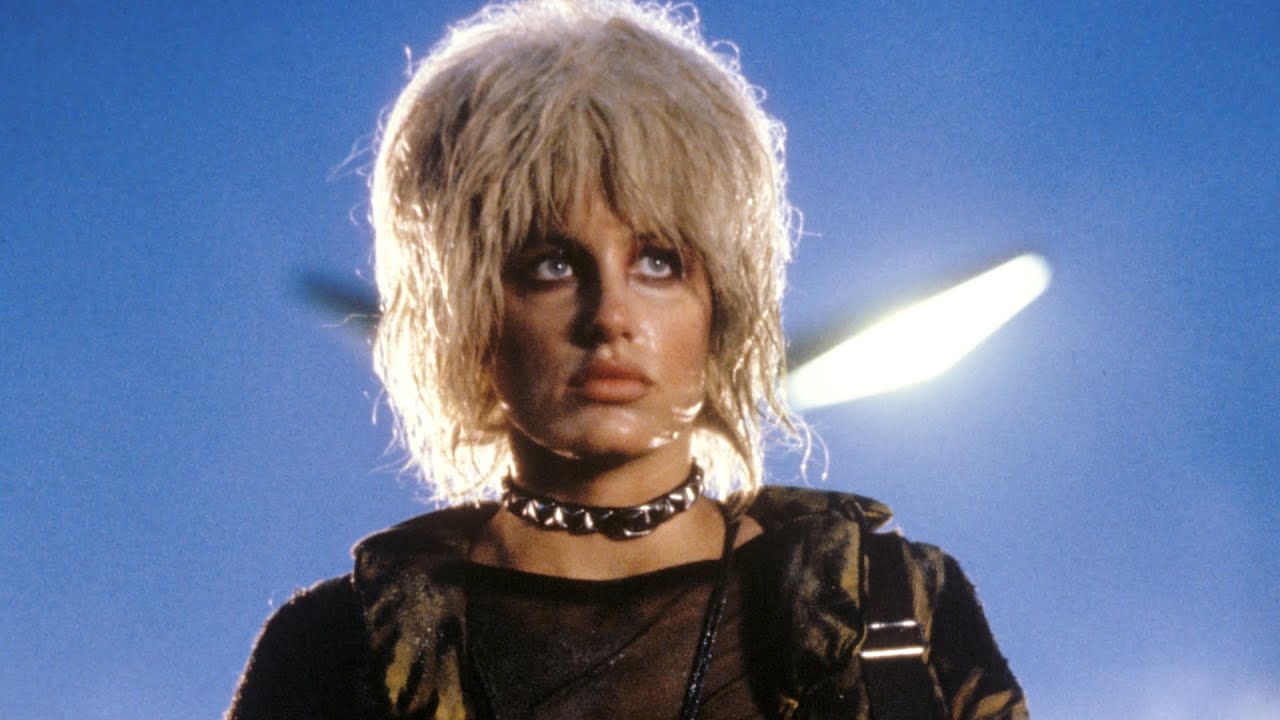 “I remember being devastated by what the other girls looked like because they were really beautiful and I looked like a total freak,” she later told Empire Magazine. “But I’d ushered a film festival as a kid and seen Nosferatu The Vampyre and been inspired by Werner Herzog and Klaus Kinski’s interpretation of that character. I tried to look a little bit like him.”

Her unorthodox look was a hit, and she ended up starring in one of the most influential movies of all time – at an incredibly early point in her career. 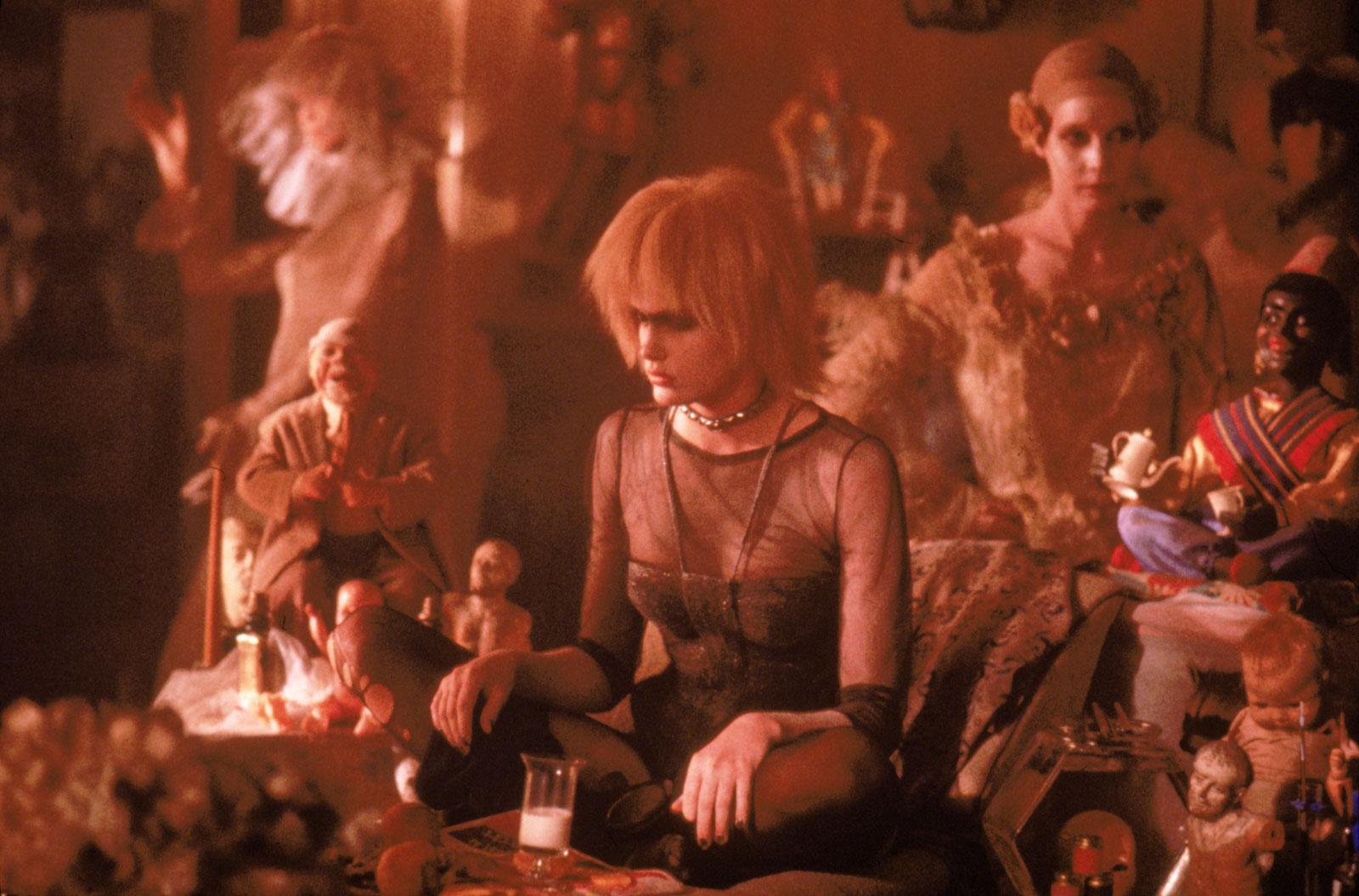 Hannah soon found leading lady roles in the romantic comedy Summer Lovers, the drama Reckless and slasher The Final Terror, but her best-known main part was yet to come.

‘We were right in the Bermuda triangle’ 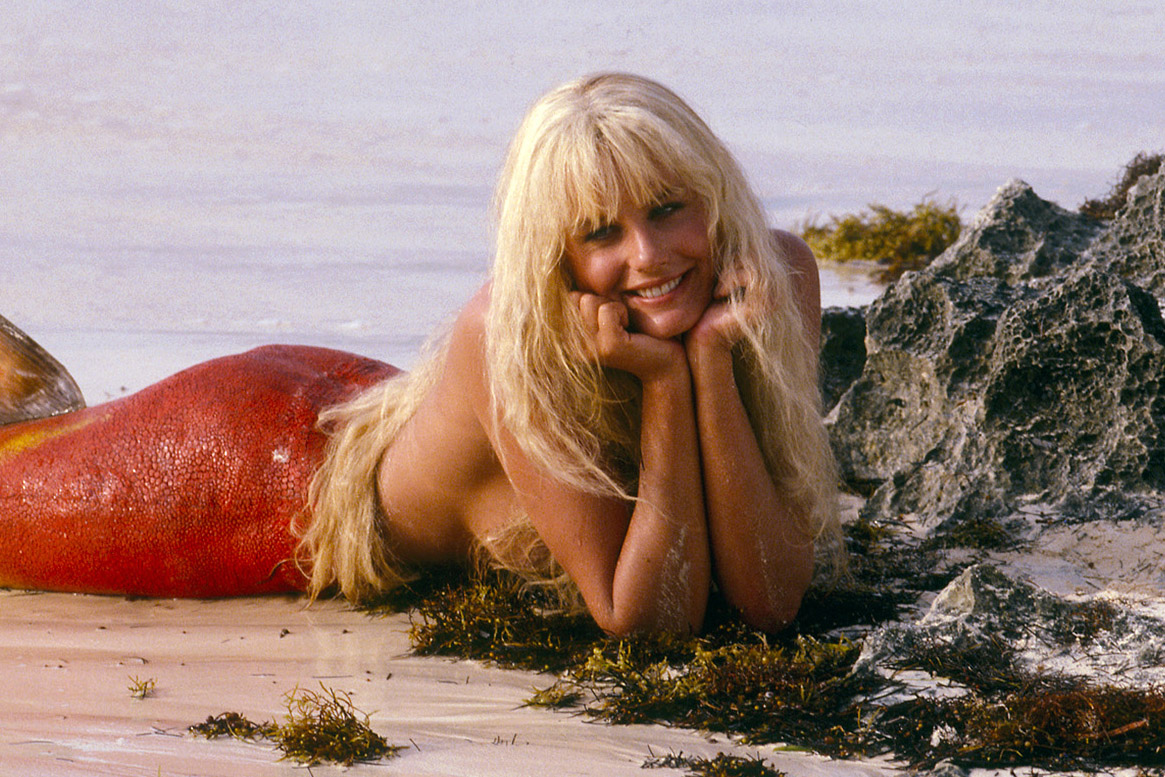 In 1984, Hannah transformed into the beautiful mermaid Madison for Ron Howard’s fantasy movie Splash. She was 23 years old when the movie became a blockbuster. Filming was particularly arduous, as her tail costume made it difficult to even leave the waters in which they were filming.

Co-star Tom Hanks would bring food to Hannah in situ during their breaks. “They’d come and pop a French fry in my mouth,” Hannah has since recalled. “I’d prefer to be left in the water or in the tank.”

“When I was out of the water it was very painful for me, and I was helpless because I couldn’t move,” she added. “I was like a beached dolphin, laying there wherever the crane placed me on the dock or on a stretcher.” 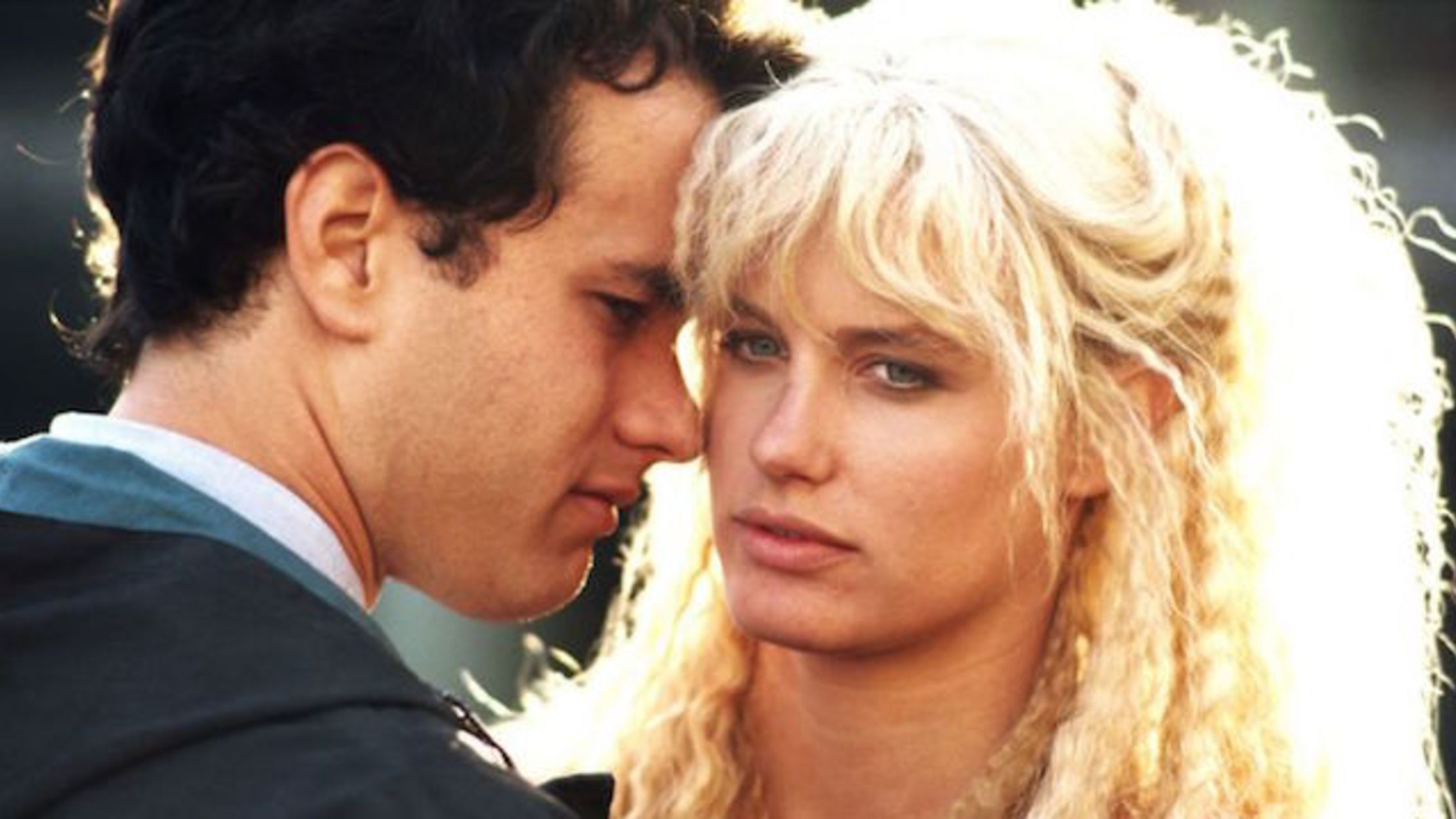 Storms, fish and a curious shark circled the crew as they worked in the Bermuda Triangle. A huge box office success, Splash made way for countless starring roles for Hannah. She appeared in 80s movies including The Pope of Greenwich Village, Legal Eagles, Roxanne, Wall Street, High Spirits, Crimes and Misdemeanors and Steel Magnolias.

But her roles became smaller in the 90s, leading her to announce that she was quitting movies in 2000. Speaking to Talk Magazine, she noted that she was no longer offered interesting roles as a result of her age. “Everytime, “You’re too old,”” she recalled the attitudes of casting directors. She found herself typecast as “objects of desire, the wide, the girlfriend,” which stood in stark contrast to her roles in her early 20s. 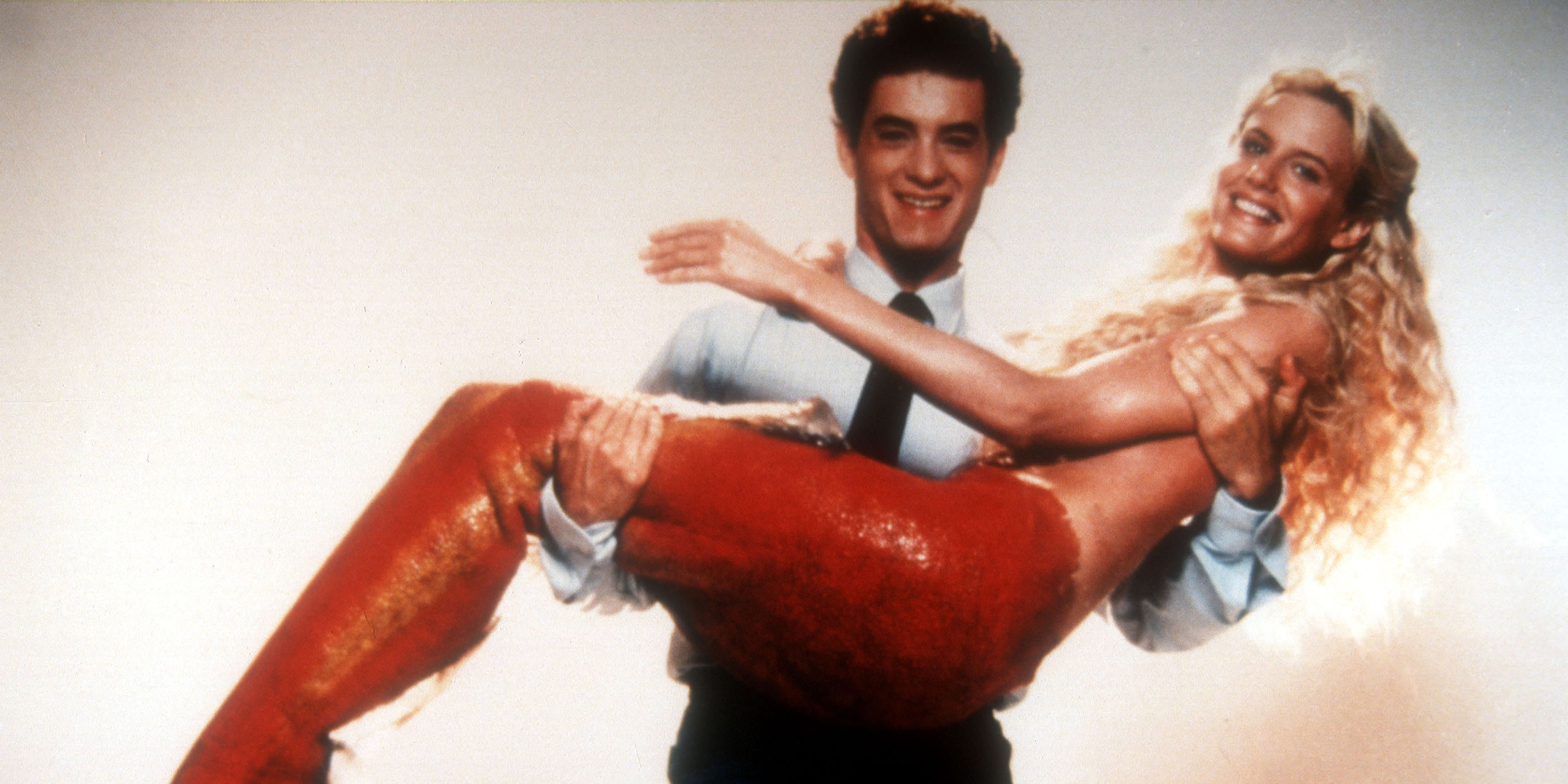 Instead, Hannah opted to focus on her stage career for a while – although she did take up occasional smaller film roles in the following years. Eventually Quentin Tarantino came along with a major movie offer she couldn’t refuse. Hannah returned to the big screen with Kill Bill, in which she played the devious one-eyed assassin Elle Driver.

Sadly, her Elle Driver performance wasn’t enough to produce more interesting role offers. In 2015, she told The Sunday Times that her film role offers since Kill Bill had been “mostly crap.” 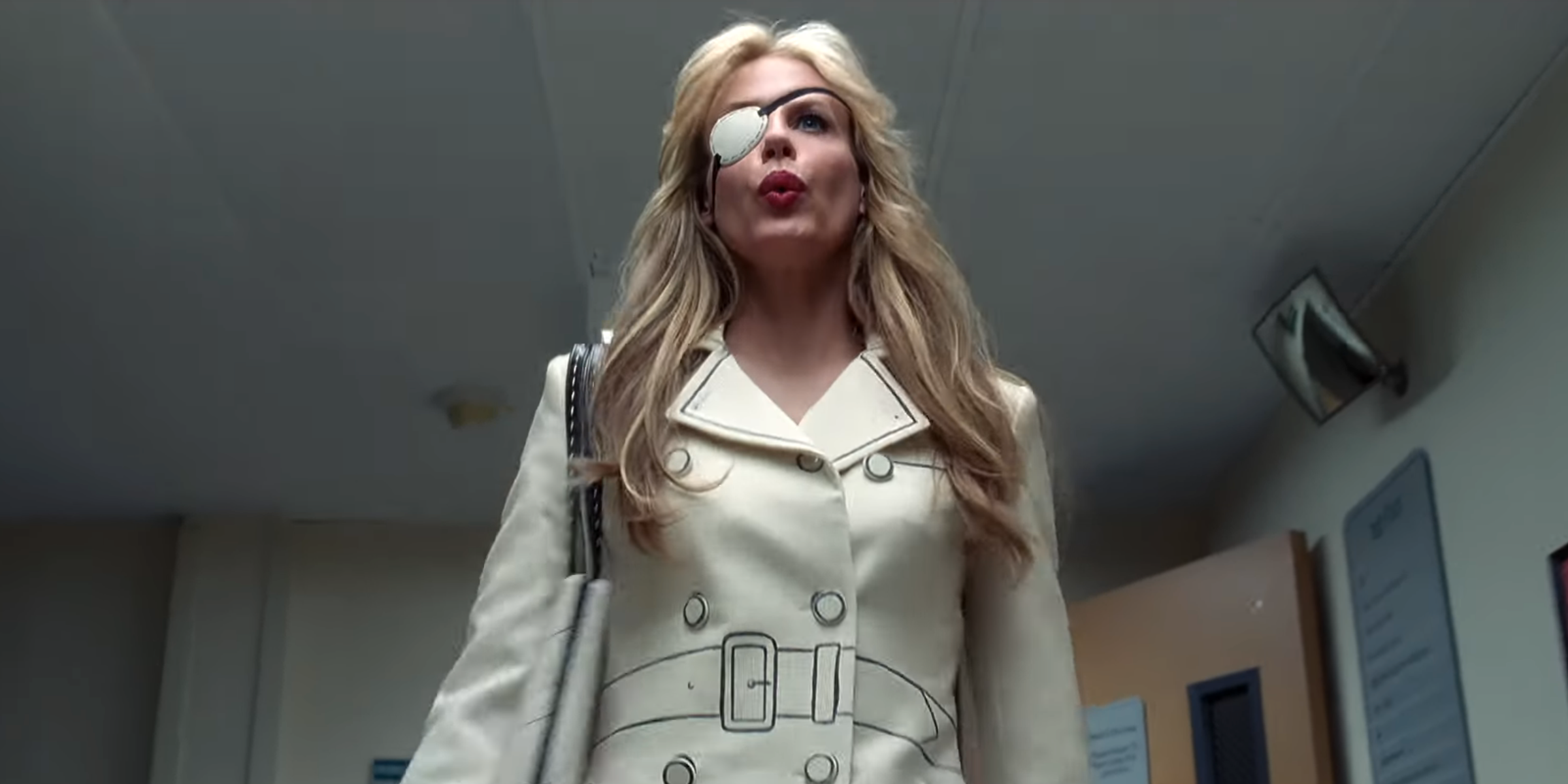 What’s more, while she was promoting Kill Bill: Volume 2, Hannah had a distressing encounter with notorious Hollywood producer Harvey Weinstein.

Her first concerning interaction with Weinstein was several years previously at the Cannes Film Festival, where she recalls that she hid in a makeup artist’s room to avoid his incessant knocking at her hotel room door. The pair had earlier planned to set up a meeting and Weinstein was apparently incensed when she ignored his phone calls. 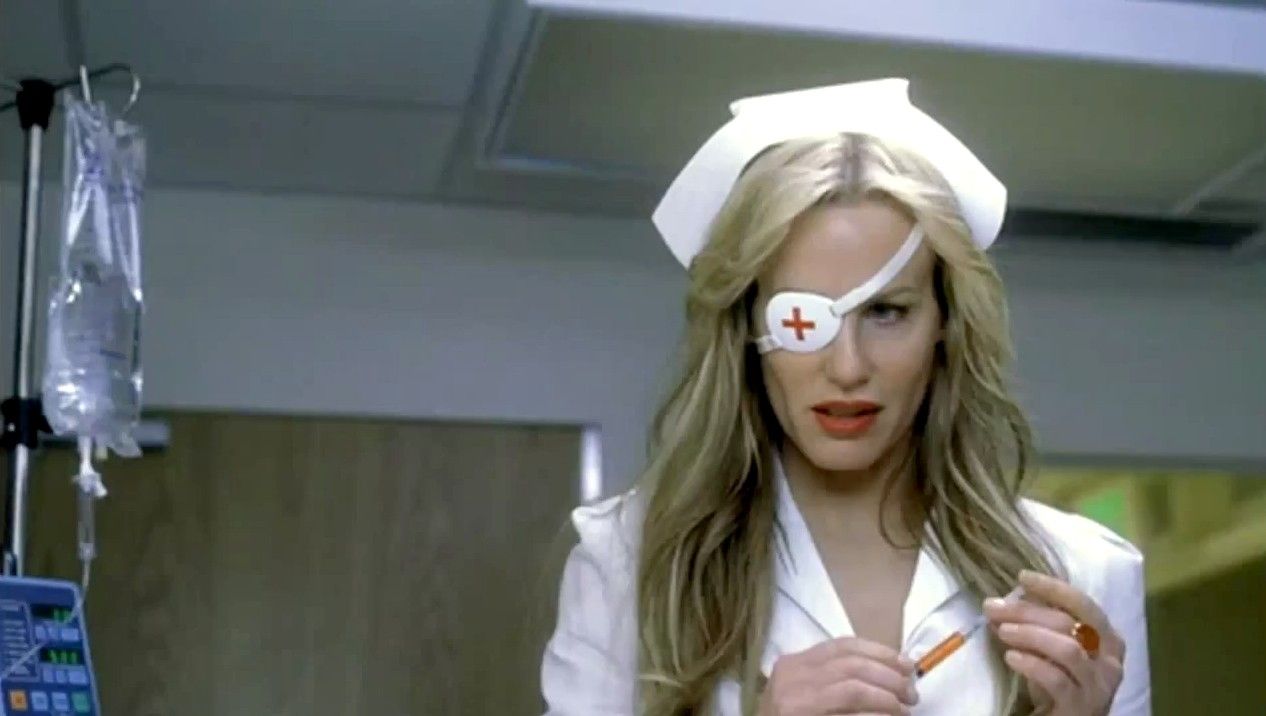 Later, at the Italian premiere of Kill Bill: Volume 2, Weinstein reportedly found a key to the hotel suite where Hannah and another makeup artist were staying. “He came through the living room and into the bedroom,” she told The New Yorker. “He just burst in like a raging bull.”

“And I know with every fibre of my being that if my male makeup artist was not in that room, things would not have gone well,” she said. “It was scary.”

‘We’re certainly in a whole lot of trouble’ 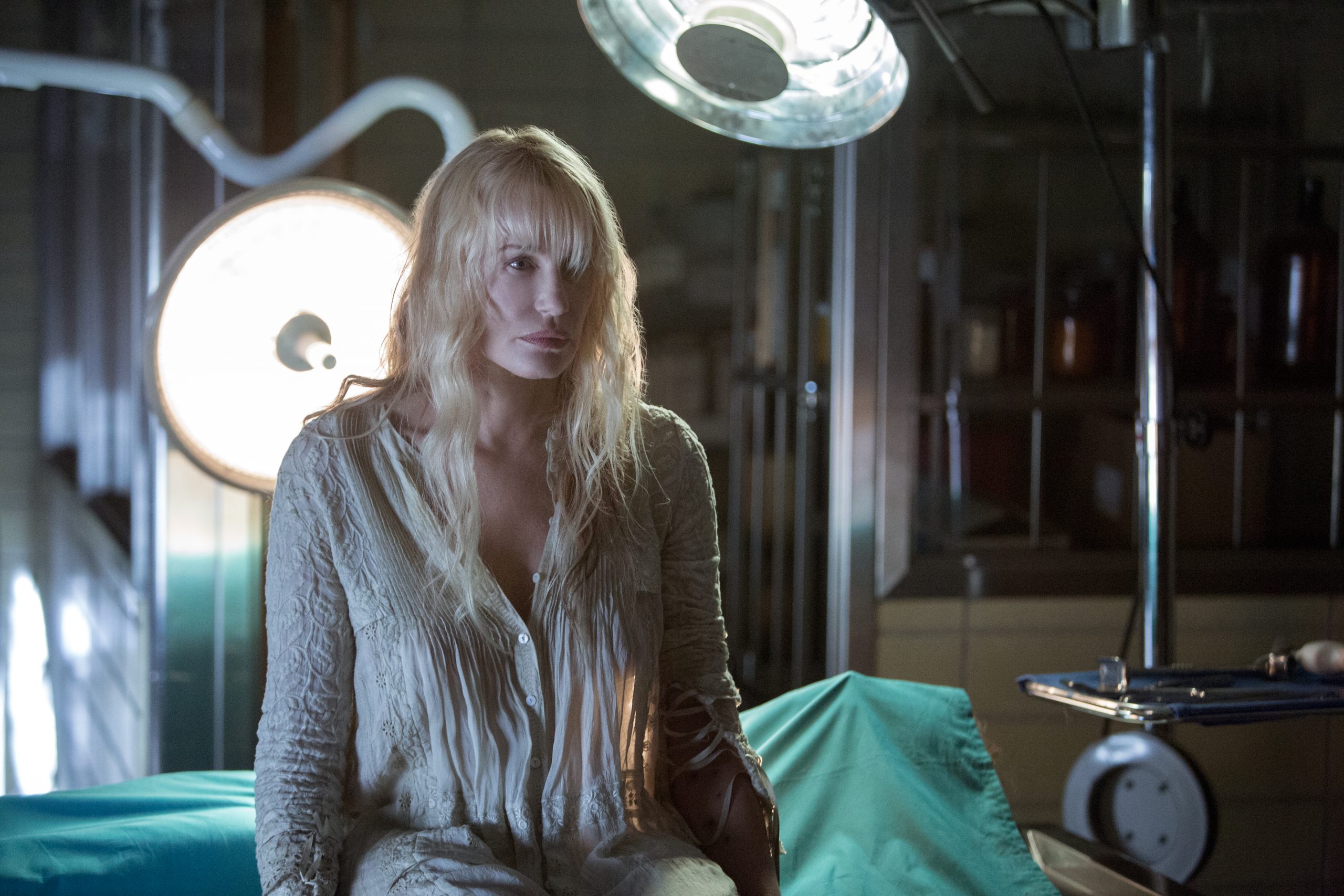 Since she moved away from Hollywood blockbusters, Hannah continued to pick up smaller movie roles, appearing in over 25 films since her Kill Bill days.

Most notably, she starred as Angelica Turing in the Netflix series Sense8 in 2015. She’s sung praises of the sci-fi show’s creators Lana and Andy Wachowski, nothing in an interview with Collider: “I love working with the best directors in the world and great material. If I get an opportunity to do that, I’m going to do it.”

“On the other hand, if something doesn’t really hold a candle, I’m going to put my efforts where I can be the most effective,” she added. 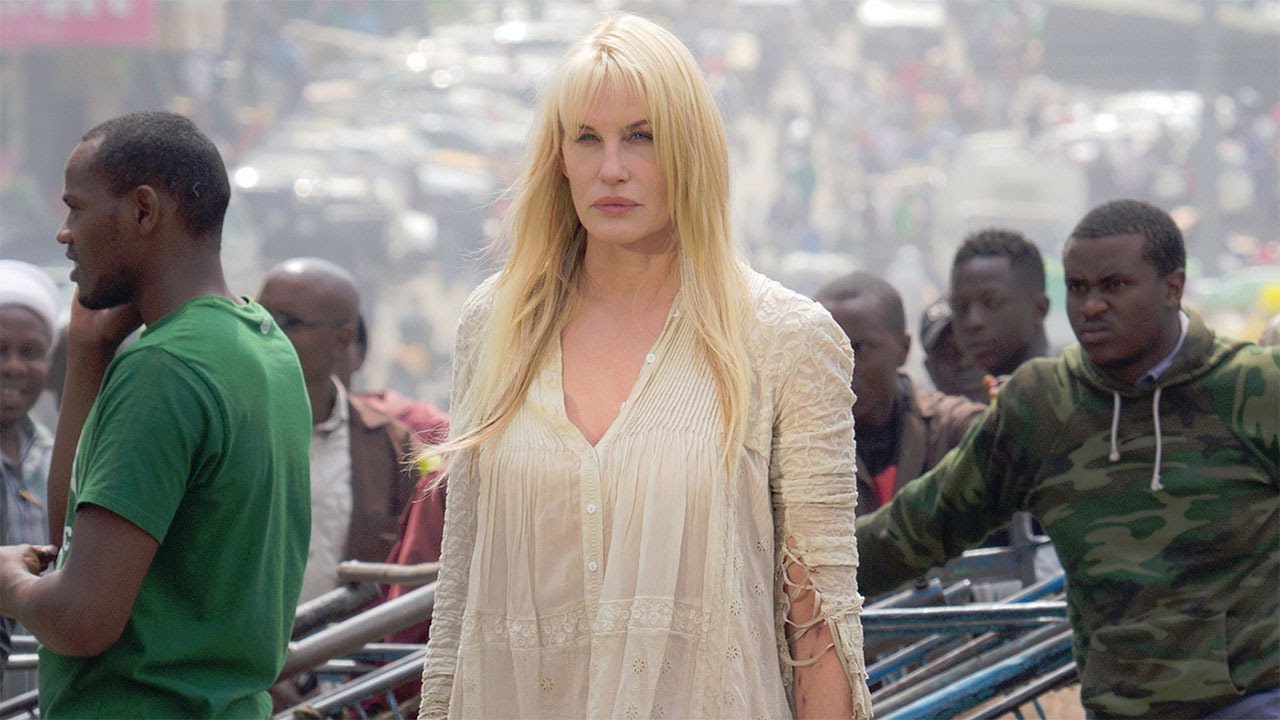 Hannah has channelled these efforts into passionate environmental campaigning in recent decades. On five occasions, she has been arrested at environmental protests in the States.

The environmental issues she has spoken out about include the proposed Keystone Pipeline and climate change denial. She is also the founder of the Sustainable Biodiesel Alliance.

She’s spoken to the Guardian and The Weekly about her life between two off-the-grid homes in California and Colorado. Her houses have their own power and water supply. Hannah, a vegan, keeps dozens of rescue animals on her properties, and also owns cars that are powered by waste grease from fast food outlets. 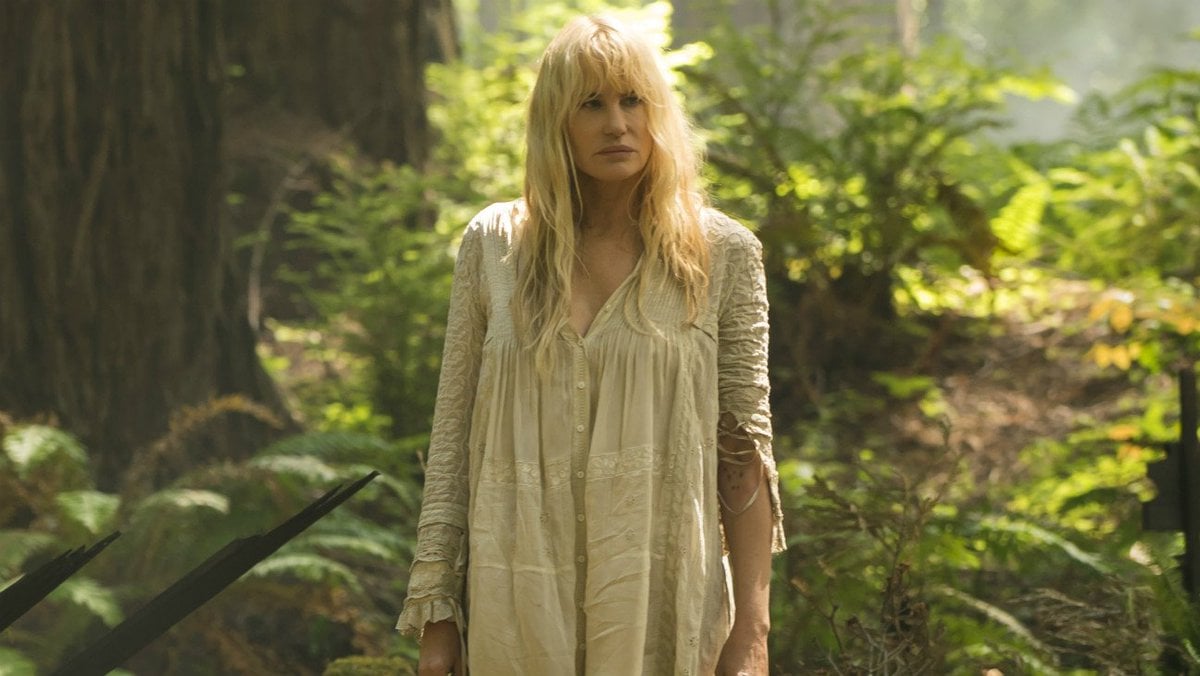 ““I just wanted less stress and a quieter, simpler life,” she told The Weekly in 2015. “Life is too short to stress the small things. I just thought, well I shouldn’t worry about it but instead see it as an opportunity to find myself and discover what really matters to me.”

Famously private about her love life, Hannah drew a lot of media curiosity for her long-term relationships with John F Kennedy Jr and the singer Jackson Browne. In 2018, she tied the knot with musician Neil Young on a yacht in the San Juan islands. Daryl Hannah has never had children. In 2021, a spoof article by Madhouse Magazine declared that the 61-year-old actress was expecting her first child. In jest, it offered a fictional quote from Neil Diamond: “I understand we are up there in age but don’t let these old grey temples fool ya now. Just because there’s snow on the roof don’t mean there’s no fire in the basement!” The piece gathered popularity online, with many fans fooled into thinking that Hannah was truly pregnant.

When it comes to her recent years as an activist, Hannah is not always optimistic about the future of the environment, noting, “We’re certainly in a whole lot of trouble.” But she has stated of her environmental activism: “That’s sort of what my challenge is – to help people understand that everything you do, or everything you don’t do, has an effect.”