Corey Haim was a Canadian actor who rose to fame as a child actor in the 1980s. He appeared in films including Lucas, Silver Bullet, Murphy’s Romance, License to Drive and Dream a Little Dream. His star status was cemented when he starred alongside Corey Feldman in the Lost Boys in 1987.

While it looked as though Haim was destined to enjoy a long and successful career, the stresses of child stardom led to a drug addiction problem and Haim led a troubled adult life. He passed away in 2010 at the age of 38. Here’s a look back at his tragically short life. 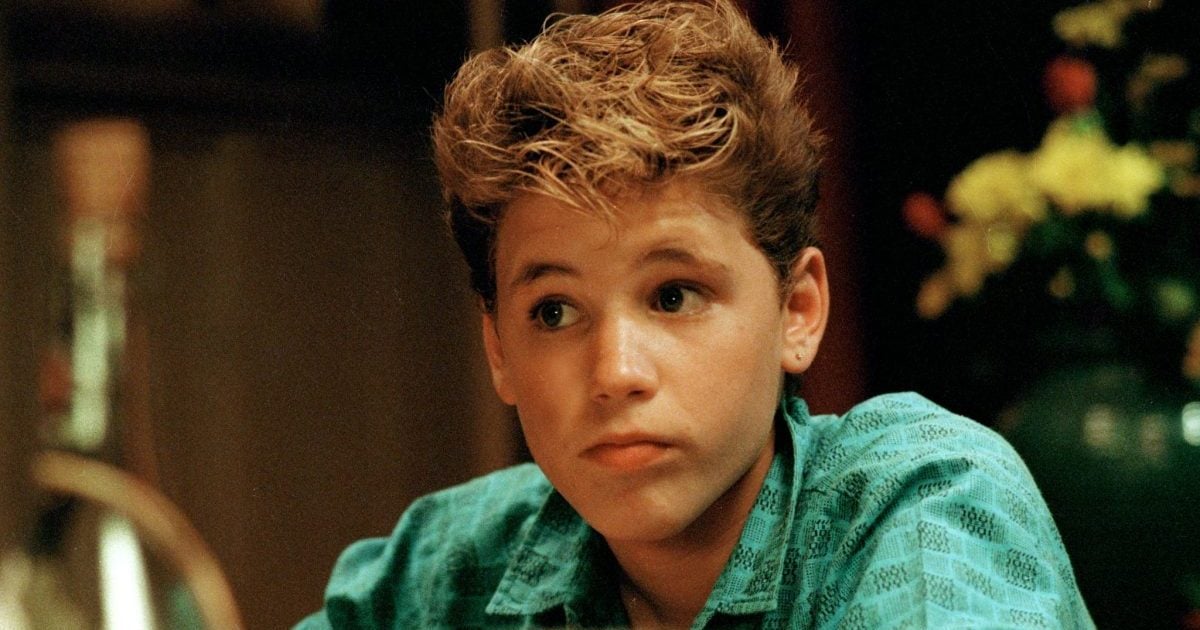 Haim was born on December 23, 1971 and grew up in Toronto. His father Bernie, a salesman, separated from his mother Judy when he was 11. His inroad to acting came through his older sister, Cari, who today is a 52-year-old actress known for starring in horror productions. When the young Cari attended auditions, her little brother caught the attention of casting producers. After a few appearances in TV commercials, Haim landed his TV debut in the Canadian comedy series The Edison Twins. This children’s show focussed on fraternal twins and science fans Tom and Annie Edison. Haim starred as Larry, the best friend of the twins’ cheeky younger brother Paul (Sunny Besen Thrasher), for ten episodes that aired from 1984 to 1985.

Haim then went to Los Angeles for his movie debut, First Born, which came out in 1984. Once again, Haim played the mischievous younger child amid an older cast. But this movie was a much more sombre affair, depicting two brothers who struggle against a new stepfather who is a drug addict and dealer. Haim’s experience shooting the film was far from plain sailing – Haim once complimented his co-star and onscreen brother Peter Weller on his acting skills after a take; Weller slammed Haim against a wall and demanded that he never speak to him after a take again.

Three assistants pulled Weller away from Haim. Weller later apologised for his violent outburst, citing method acting as its cause, but the young Haim was reportedly left “terrified” by this moment. In response, Haim’s co-stars Sarah Jessica Parker and Robert Downey Jr took over. Haim later recalled, “I was 10, and I’ll never forget we went to like a crew party and my mom and dad were like dancing with other people and it was rocky; and I just started crying, whatever, and I remember Sarah pulling me outside with Robert (Downey, Jr.). And Robert said, you’re comin’ to live with me.”

True to their word, Downey and Parker – who were dating at that time – invited Haim to stay with them many times as he found his footing in Hollywood. “He was naturally gifted and a real charmer — I adored him,” Parker later said of Haim.

Haim earned his acting chops while working alongside two of the biggest female stars of the 80s. In the NBC TV movie A Time to Live, he played the disabled son of Mary-Lou Weisman, played by Liza Minnelli. This role earned Haim a Young Artist Award in 1986. He later played Sally Field’s onscreen son in Murphy’s Romance, a romantic comedy set in rural Arizona. In a similar vein to A Time to Live, Haim also played a disabled child in Silver Bullet. He starred as the paraplegic Marty Coslaw in this Stephen King adaptation.

But Haim’s real breakthrough came in 1986 when he starred in Lucas, scoring him a second Young Artist Award nomination and propelling him to stardom. As the titular hero, he played a lovelorn teen who falls for an older cheerleader. Haim mentioned at the time that his unrequited love for co-star Kerri Green helped him find his character.

“Actually, in real life, I did actually fall in love with this young lady [Green],” Haim said in an interview with CBS Morning News in 1986. “We were in an elevator, and I asked her to go out with me, I thought she was 11. So what we see on-screen really happened…” The critic Roger Ebert was enchanted by Haim’s performance. “[Haim] does not give one of those cute little boy performances that get on your nerves,” he noted. “He creates one of the most three-dimensional, complicated, interesting characters of any age in any recent movie. If he can continue to act this well, he will never become a half-forgotten child star, but will continue to grow into an important actor,” Ebert further predicted. “He is that good.”

However, Lucas simultaneously marked the beginning of Haim’s substance abuse problems. He began drinking beer on the set of this movie. From 1987 to 1990, he was romantically linked to Alyssa Milano, child star of Who’s The Boss? Milano, her family and Haim’s manager were all concerned about Haim’s alcohol consumption and tried to seek help for him, without success.

The first time that the two Coreys crossed paths was at an audition for The Goonies (1985). Feldman and Haim were both up for the role of Mouth, the most garrulous of the Goonies, and Feldman won the role. But the pair would reunite in 1987, as Haim starred in The Lost Boys as Sam Emerson, a teenage vampire hunter. The performance earned Haim yet another Young Artist Award nomination. It also marked the beginning of his public friendship with co-star Corey Feldman, who played the nerdy Edgar Frog.

Recalling the pair’s first meeting, Corey Feldman has said they hit it off immediately, but that Haim raised some concerning claims with his new friend. “Haim started to confide in me, about some intensely personal stuff, very quickly after that,” Feldman has claimed. “Within hours of our first meeting, we found ourselves talking about Lucas, the film he made in the summer of 1985, the role I had wanted for myself.”

“At some point during the filming, he explained, an adult male convinced him that it was perfectly normal for older men and younger boys in the business to have sexual relations and that it was what all the ‘guys do’,” Feldman elaborated. In 2017, Dominick Brascia – a long-time friend of both Coreys – claimed that the actor Charlie Sheen, six years Haim’s senior, had sex with the underage Haim on the set of Lucas. Sheen sued the National Enquirer for publishing these claims, which were backed up in March 2020 by Corey Feldman.

On the other hand, Haim’s mother Judy has defended Charlie Sheen, instead claiming that Brascia himself was the perpetrator of sexual abuse against her son. Sheen has described the allegations against himself as “sick, twisted and outlandish.” Feldman has repeatedly spoken of the sexual abuse and exploitation that marred his and Haim’s blossoming careers. In 2020, he told The Guardian: “The biggest problem in Hollywood is paedophilia.”

Alison Arngrim, who won fame as a child on Little House on the Prairie, has backed up Feldman’s claims. “I literally heard that they were ‘passed around,’” she recalled of Feldman and Haim. “The word was that they were given drugs and being used for sex,” she said. “It was awful – these were kids, they weren’t 18 yet. There were all sorts of stories about everyone from their, quote, ‘set guardians’ on down that these two had been sexually abused and were totally being corrupted in every possible way.” Haim later starred in License to Drive alongside Corey Feldman and Heather Graham, a role that triggered a sharp increase of female fans in Haim’s fanbase.

According to Lucas’ director, David Seltzer, Haim was confident in his newfound popularity. “He took it in stride,” Seltzer later reflected. “Not in a negative way, but he was something of a magnet and he knew it.” Following License to Drive, Haim received an average of 2,000 fan letters a week and was often swarmed by fans. After starring in The Lost Boys, the pair became known as “The Two Coreys” and become two of the highest-earning teen stars of the 1980s. The two also dated Drew Barrymore in the late 80s, although both relationships were relatively short-lived.

Although Haim’s success post-License to Drive boosted his career, to Haim it represented his ‘breaking point’ and he began to use drugs more frequently. Also, in October 1989 Haim appeared onstage as part of a teen anti-drugs campaign where the audience of mainly teen girls rushed at him, leaving him fearing for his safety. Haim was traumatised by the incident and resolved to never appear on any stage again. Haim left rehab in November 1989 and went on to release a day-in-the-life video titled Corey Haim: Me, Myself, and I, in which he was visibly under the influence. Haim also set up a drug advice phone line for teenagers, but later confessed on the Arsenio Hall Show that he was under the influence while recording the advice.

Haim starred in the Prayer of the Rollerboy in 1990 but his drug problem still continued, alienating many of his young fans. His performances suffered too: Dream Machine, Oh, What A Night, and The Double 0 Kid were all released direct-to-video in the early 90s. He was also fired from the film Busted – directed by his friend Corey Feldman – after his drug abuse impacted his reliability. 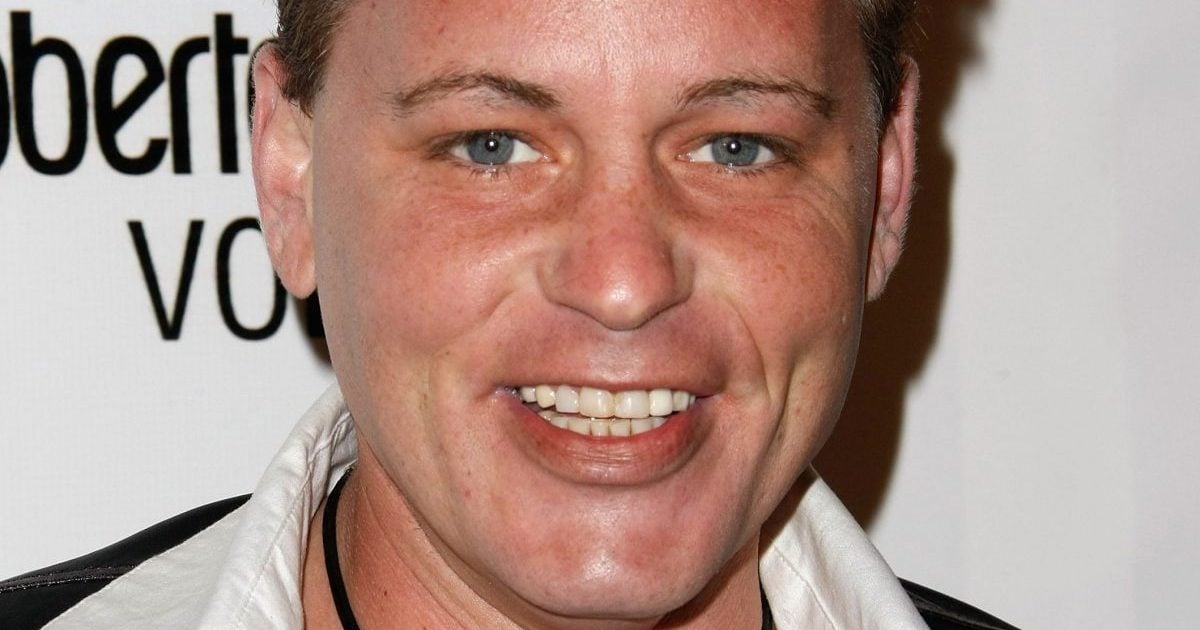 Despite his commercial success, Haim was also plagued by financial difficulties due to his drug addiction. He nearly went broke after dropping out of the film Paradise Bar in 1996 and was later sued by Lloyd’s of London for $375,000 for failing to report his drug addiction as a pre-existing health condition.

Haim went on to file for bankruptcy in July 1997, and from this point on his career went into a tailspin. He became desperate and in the early 2000s began selling his hair and teeth on eBay to fund his drug addiction.

By July 2008, Haim was homeless in Los Angeles. He briefly lived with singer-songwriter G Tom Mac before moving back in with his mother. In one of his final interviews, Haim told PEOPLE magazine in 2008 that he was “a chronic relapser.” He added that he expected “to be 40 years old and still on drugs.” Haim felt unwell on March 8th 2010, but a doctor assured him and his mother that he was not seriously ill. But on March 10th 2010, Haim’s mother discovered that he was indeed gravely ill and called 911. Haim was transferred to Providence Saint Joseph Medical Center in Burbank but was soon pronounced dead.

Contrary to popular belief, Haim did not die of a drug overdose. The Los Angeles County revealed that Haim had died of respiratory distress related to pneumonia, and he had low levels of drugs in his system at his time of death. As Haim had almost no money at his time of death, his family launched an online appeal targeted at fans of Haim to help fund his funeral. A memorabilia site to which Haim had previously sold items offered $20,000, but the costs were eventually covered by the funeral home. Haim’s former friend Corey Feldman said at the time that he had “always feared this day would come.” 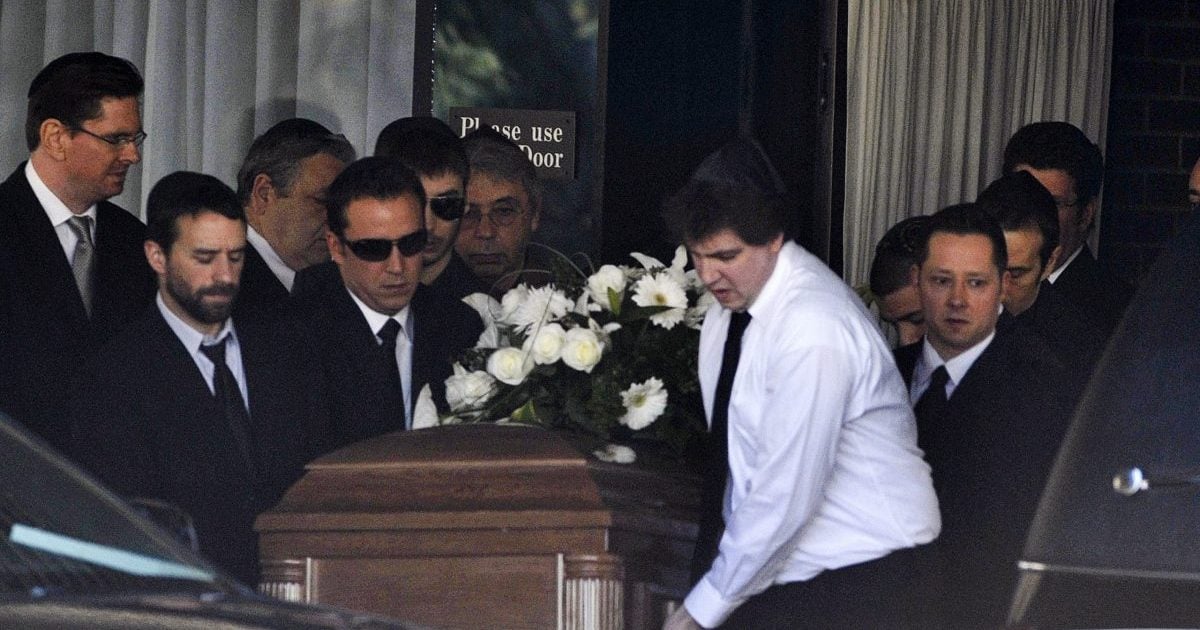 Haim’s story demonstrates all too well the dark side of becoming a successful actor at such a young age. While in the 1980s it looked as though Haim was set to become a star with a long and varied career, he suffered in Hollywood, both at the hands of drug addiction and, reportedly, many of the adults around him.

While Haim should have gone on to make many more movies, his legacy lives on in his earlier work and he will always be remembered as one of the greatest child actors of the 80s.