What Happened to Cathy Moriarty After Raging Bull

Everyone remembers Martin Scorsese’s 1980 classic Raging Bull as the movie that won Robert De Niro the Best Actor Oscar and launched the career of Joe Pesci. However, another name from that groundbreaking boxing drama that often gets overlooked is that of supporting actress Cathy Moriarty.

Aged just 19 at the time the film was shot, and with no other film credits to her name, Moriarty’s Raging Bull experience would seem to have been every aspiring actor’s dream come true. Unfortunately, the young Hollywood newcomer would soon find out the hard way that “nobody likes an overnight success in this town.” 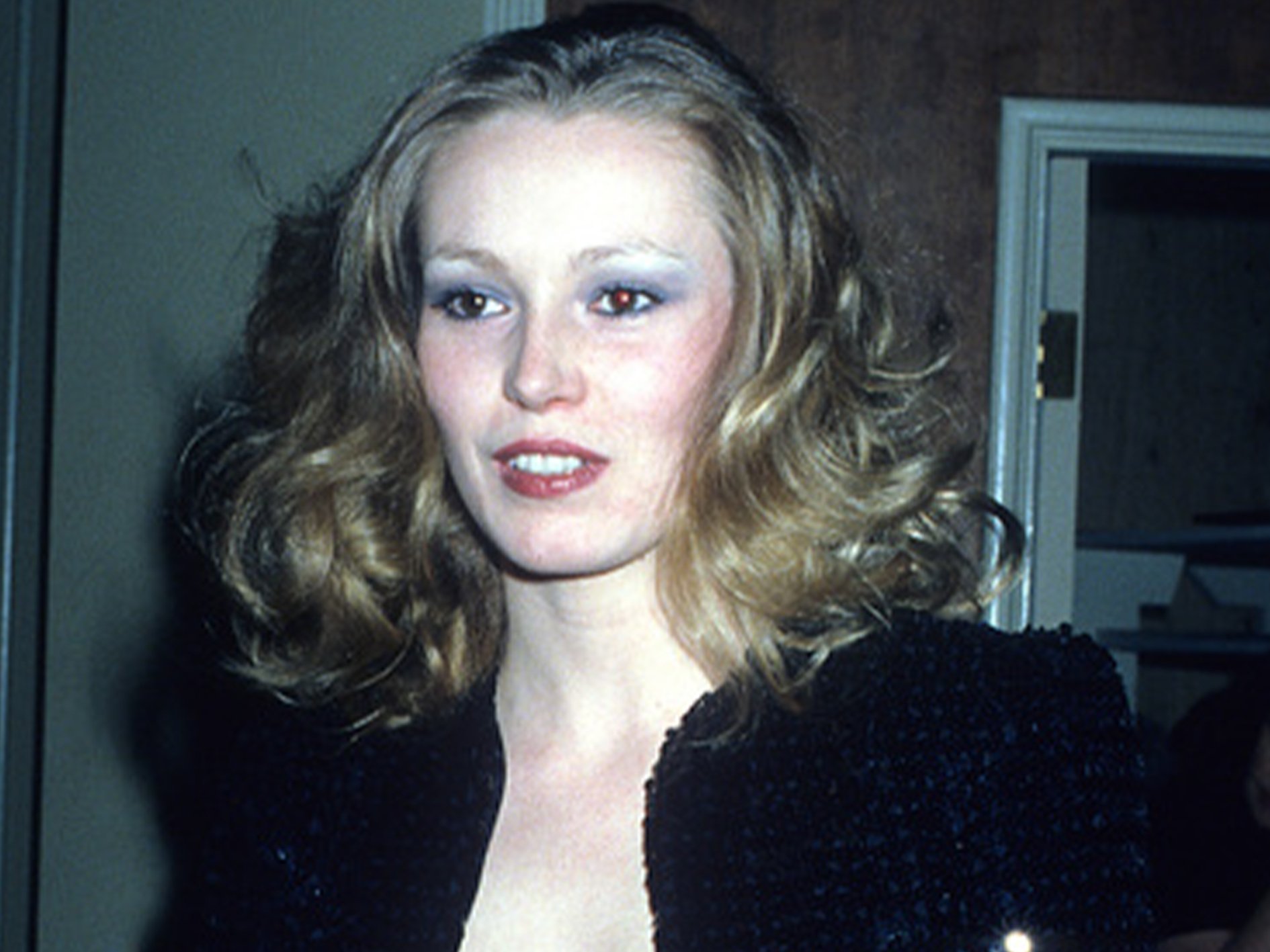 Cathy Moriarty was born on the 29th of November 1960 in The Bronx, New York. Moriarty’s working-class parents, John and Catherine Moriarty, were Irish Catholic immigrants.

Growing up, Moriarty never had any aspirations of becoming an actress, but things changed when, aged 18, she entered a bikini contest on a whim. As the actress explained in 1981, “my girlfriends dared me to enter this ‘bathing beauty contest’ at this bar… I decided to do it for a goof.”

While Moriarty recalls that she mostly felt “embarrassed and cold,” she was surprised to find that she was named the winner of the contest. The next thing she knew, “this Italian guy comes up and asks if he can take my picture and I say, “Sure, go ahead” ’cause he’s gonna take it anyway.” 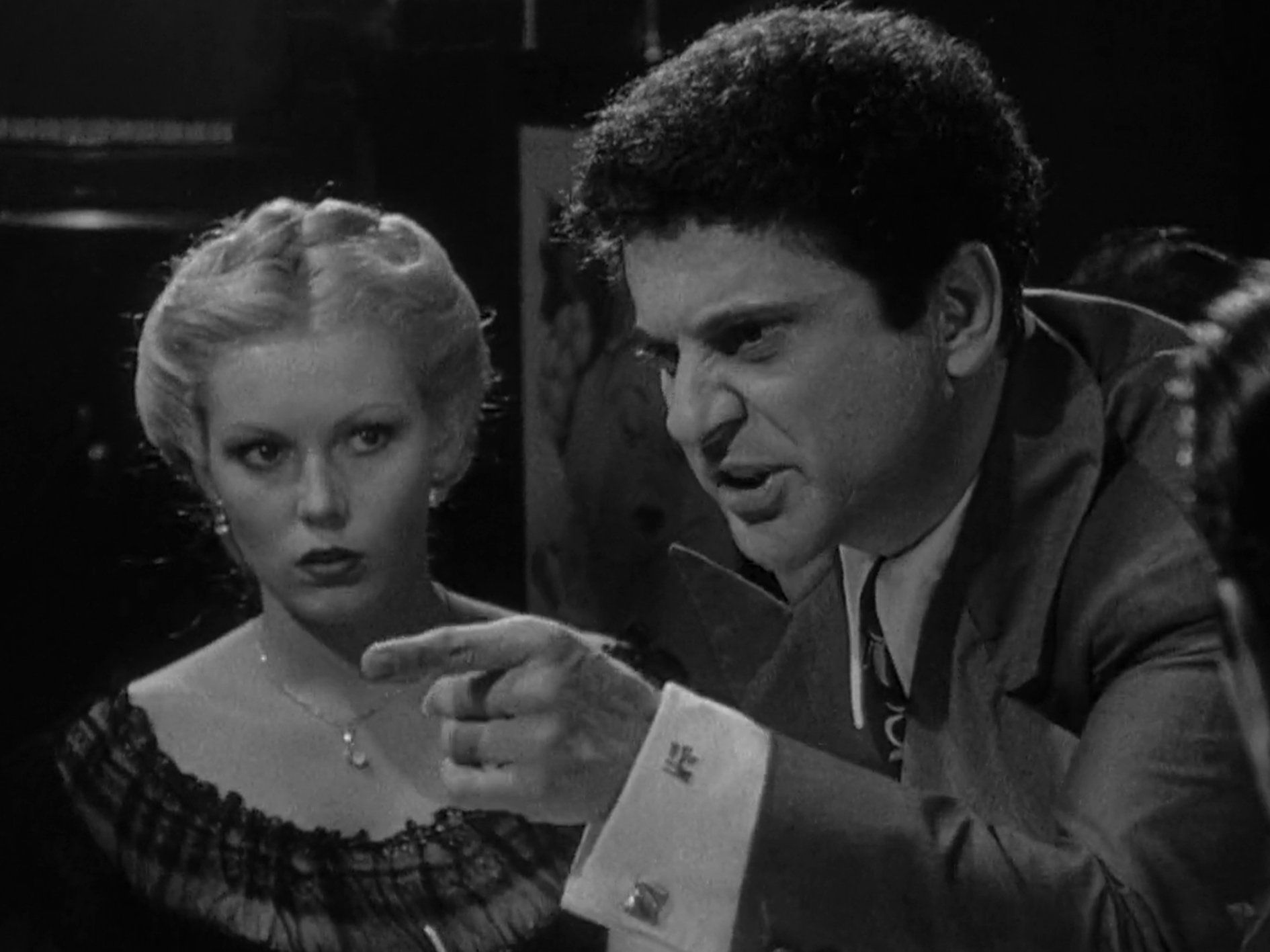 “And whad’d’ya know, this same guy calls me three weeks later, says his name is Joe Pesci and asks if I’d like to test for a part in this movie about a boxer named Jake LaMotta.”

Moriarty didn’t know anything about Pesci, nor had she even heard of leading man Robert De Niro, but she decided to see if the offer was “on the level.” Not too long thereafter, Moriarty was cast in the latest film from one of the most acclaimed filmmakers of the time, alongside perhaps the most revered American actor of his generation.

Soon enough, Moriarty found herself cast as as Vikki LaMotta, the young wife of troubled middleweight boxing champion Jake LaMotta, in fact-based boxing biopic Raging Bull. It was a role that would have challenged any actor, let alone a total neophyte. 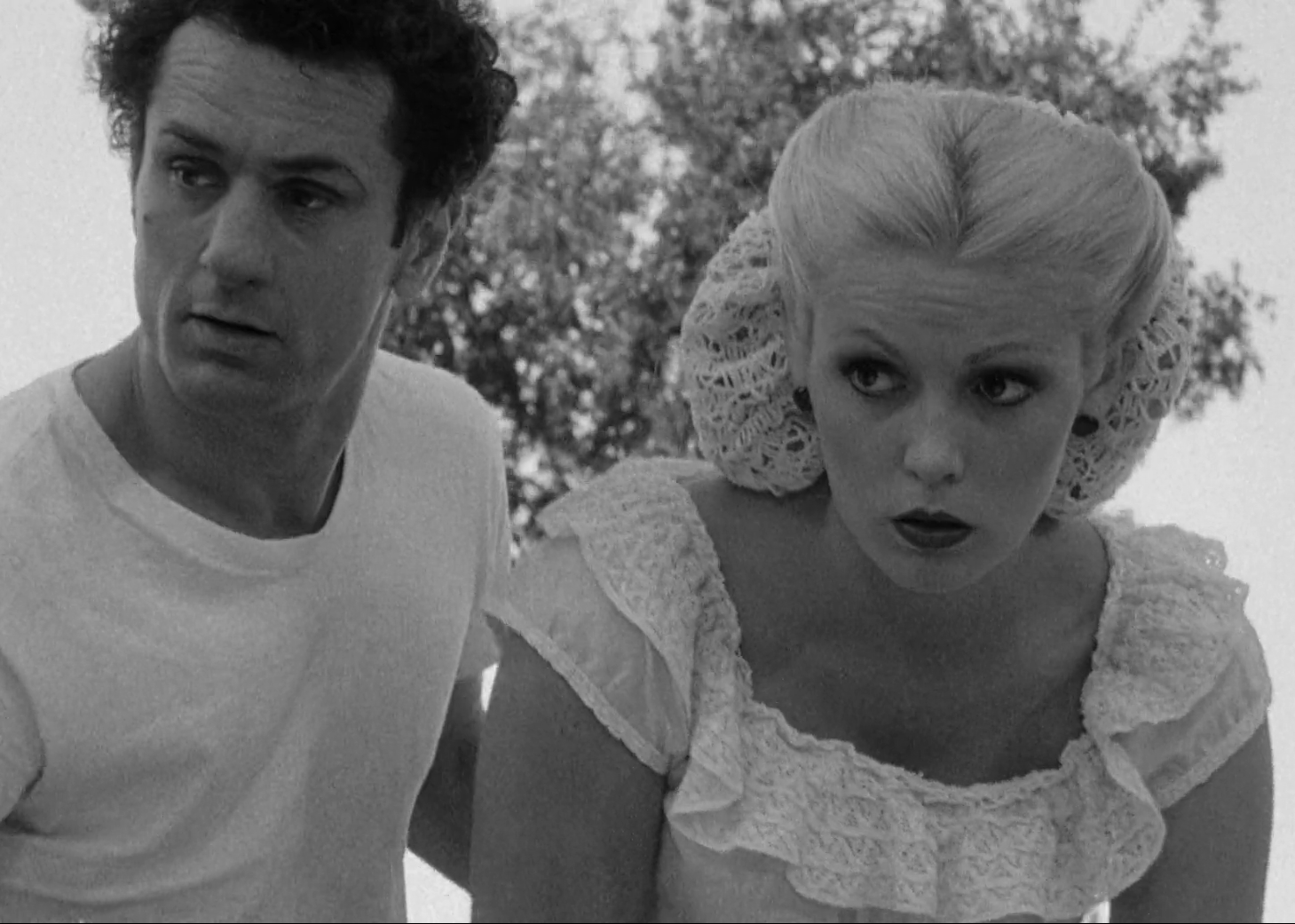 The Martin Scorsese classic famously saw Robert De Niro take an intense method actor approach to the fact-based material: Moriarty recalls, “he was always in character… when we’d drive home from set, he would get out halfway and run behind the car because he was always training!”

The relationship between Jake and Vikki LaMotta was a volatile one, with the boxer often being abusive to his young wife. De Niro’s method approach meant that Moriarty had to get used to being manhandled for real during the shoot.

“I was scared to death of [De Niro] half the time… There was one scene where he wasn’t supposed to hit me, but then he hit me so hard that you could hear my head crack against the wall. I didn’t see it coming, and didn’t expect it. I almost started to cry and break character, but then I just walked away like nothing happened. That’s what Vikki ended up doing half the time.” 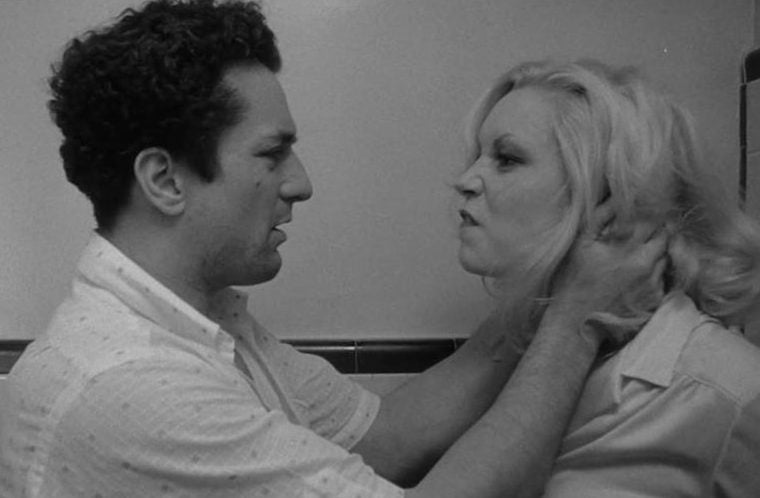 Moriarty says that neither De Niro nor Scorsese ever apologised for treating her this way, but she insists she bears no ill will toward either of them, given what a personally and professionally rewarding experience Raging Bull proved to be.

On release, Raging Bull was only a modest box office hit, but critics were almost unanimous in heaping praise on the film – and while the lion’s share of this acclaim was pointed at De Niro and Scorsese, Moriarty also won enthusiastic notices. Significantly, she became one of the comparatively few actors who have received Academy Award nominations for their very first movies.

Although Moriarty ultimately lost out on the Best Supporting Actress Oscar (to Mary Steenburgen, for Melvin and Howard), one might assume that having such a massively acclaimed film as the very first entry on her CV would have given her a major head start in the film industry. 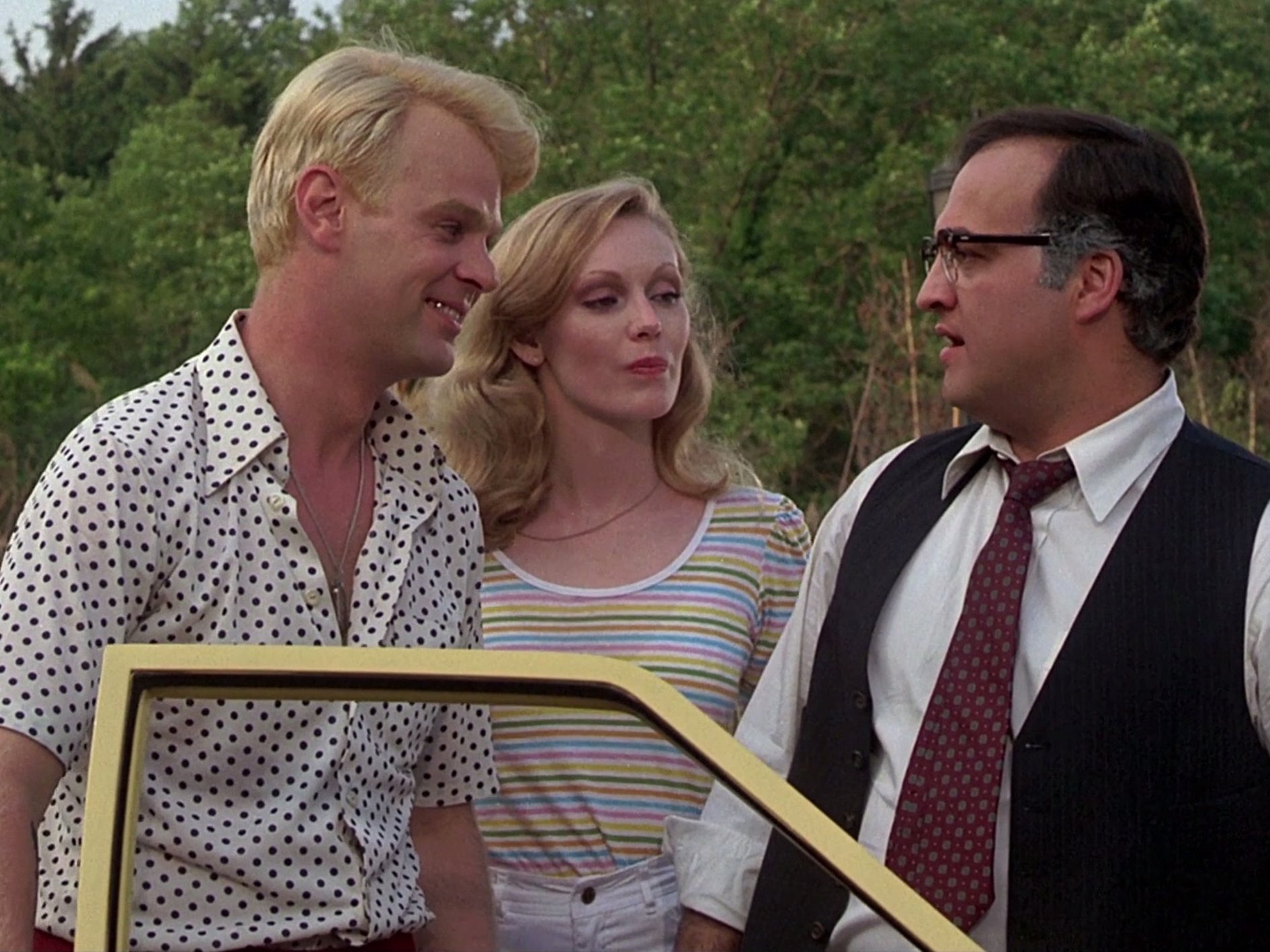 On paper, Moriarty’s next movie must have seemed like another sure thing: she joined comedy superstars John Belushi and Dan Aykroyd, fresh from the huge success of The Blues Brothers, in Neighbors. Unfortunately, the 1981 film (which proved to be Belushi’s last, as he died shortly after its release) was met with a tepid response.

After this, the actress did not find herself inundated with job offers – or at least, not for projects in anything like the same league as Raging Bull. Moriarty recalls that she “went for a lot of interviews, auditions and even cattle calls. I tried for parts and attended meetings, but it seemed I wasn’t right for any of the roles I wanted. And the parts I was offered didn’t appeal to me.”

Moriarty’s career hit another significant stumbling block in 1982, when she was seriously injured in a car accident and had to undergo back surgery, forcing her to put acting on hold as she recovered. 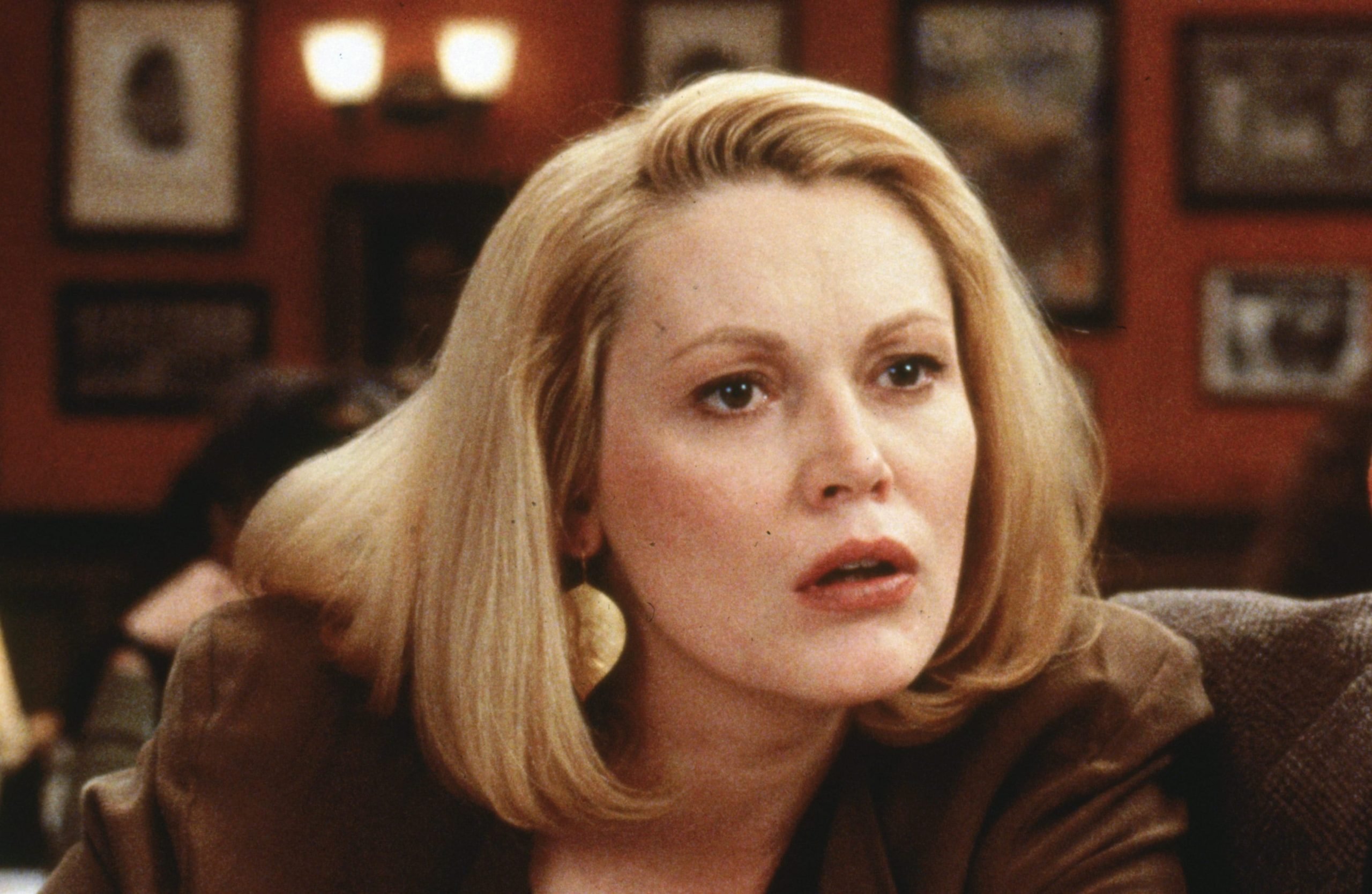 This hiatus was very nearly broken in 1985 when she was cast alongside Jack Nicholson in Chinatown sequel The Two Jakes. Again, misfortune struck: the troubled production was shut down just before shooting began, and when it finally got back off the ground in 1989, Moriarty’s role had been recast. Ultimately, Moriarty wouldn’t make her third movie until 1987’s White of the Eye, a British horror film which came and went at the box office without making much impact.

Her career didn’t really get back on track until the 90s, when she took a string of supporting roles in such films as Kindergarten Cop, Soapdish, Matinee, Forget Paris and Casper. (She also had a screen test for acclaimed TV series The Sopranos, but didn’t end up landing a role.) It all adds up to a respectable enough body of work, but most of it pales in comparison to the film which launched her.

None of this has kept Moriarty from a happy home life. When her first marriage to theatrical manager Carmine D’Anna ended in divorce in 1992, she married Joseph Gentile in 1999 and has remained with him ever since. She wedded this American financier on Long Island. Gentile and Moriarty have three children together: Catherine, Annabella and Joseph. 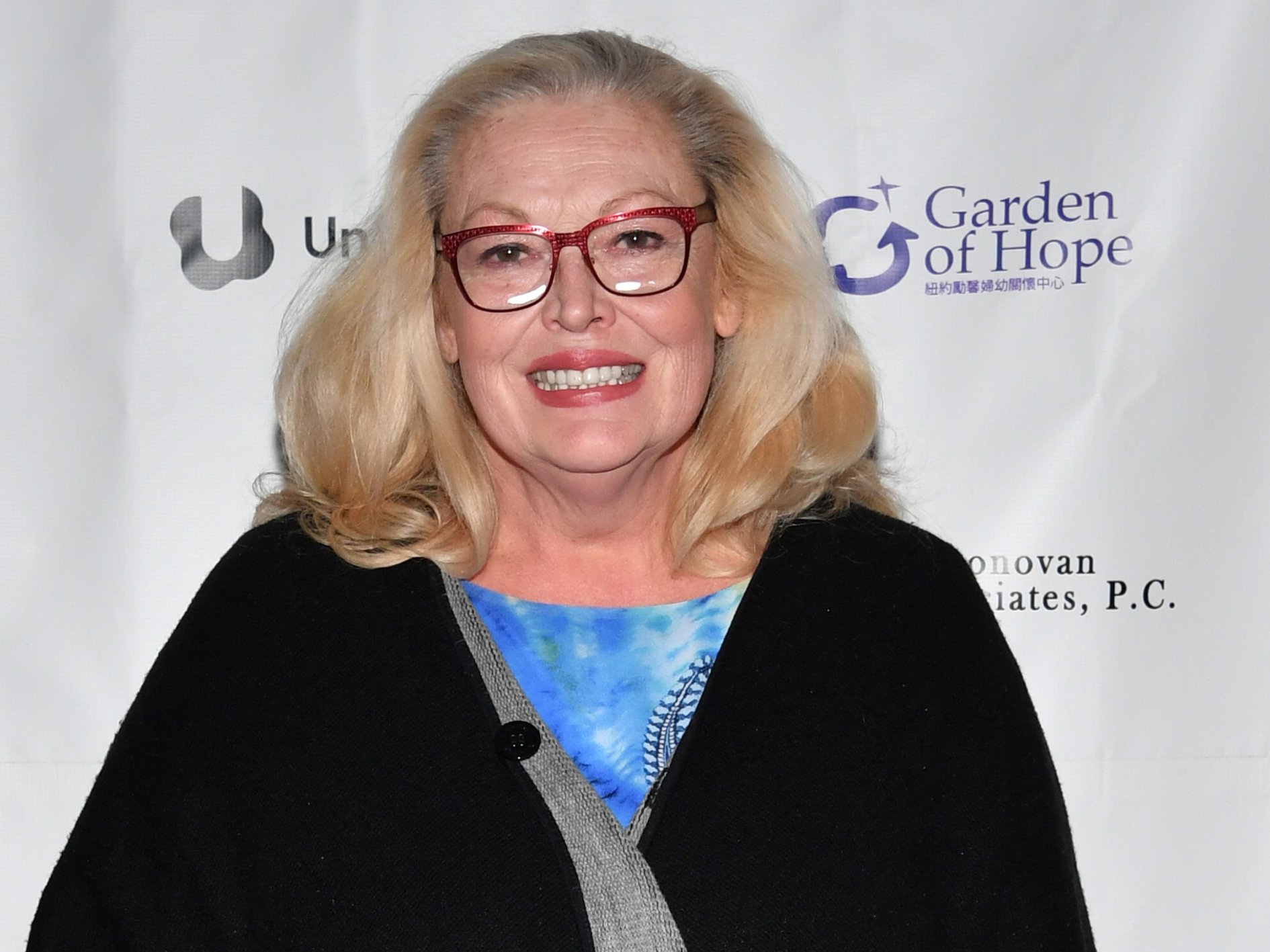 In 2002, Moriarty was reunited with De Niro on crime comedy sequel Analyze That, but in the years since most of her roles have been in small independent films, or guest roles on TV shows, including several appearances on Law and Order: Special Victims Unit.

Now in her 60s, Moriarty looks back with mixed feelings on her career choices. On Hollywood, the actress has reflected, “I wasn’t getting the sort of parts that went to Meryl Streep, and I didn’t like that… I could have worked in poor pictures, but they wouldn’t have helped in the way I wanted my career to go. I was spoiled at the beginning because I was surrounded by so much quality talent.”