What Happened To Bridget Fonda? What She’s Doing In 2022

As someone whose father, aunt and grandfather all achieved huge success as actors, it was almost inevitable that Bridget Fonda would carry on the family tradition as a star of the screen.

Yet while the actress did indeed rise to fame and acclaim through a string of high profile roles in the 1990s, Fonda hasn’t taken a single acting role since 2002. It’s left fans wondering why she chose to walk away, and what she’s been doing with herself for the past two decades. 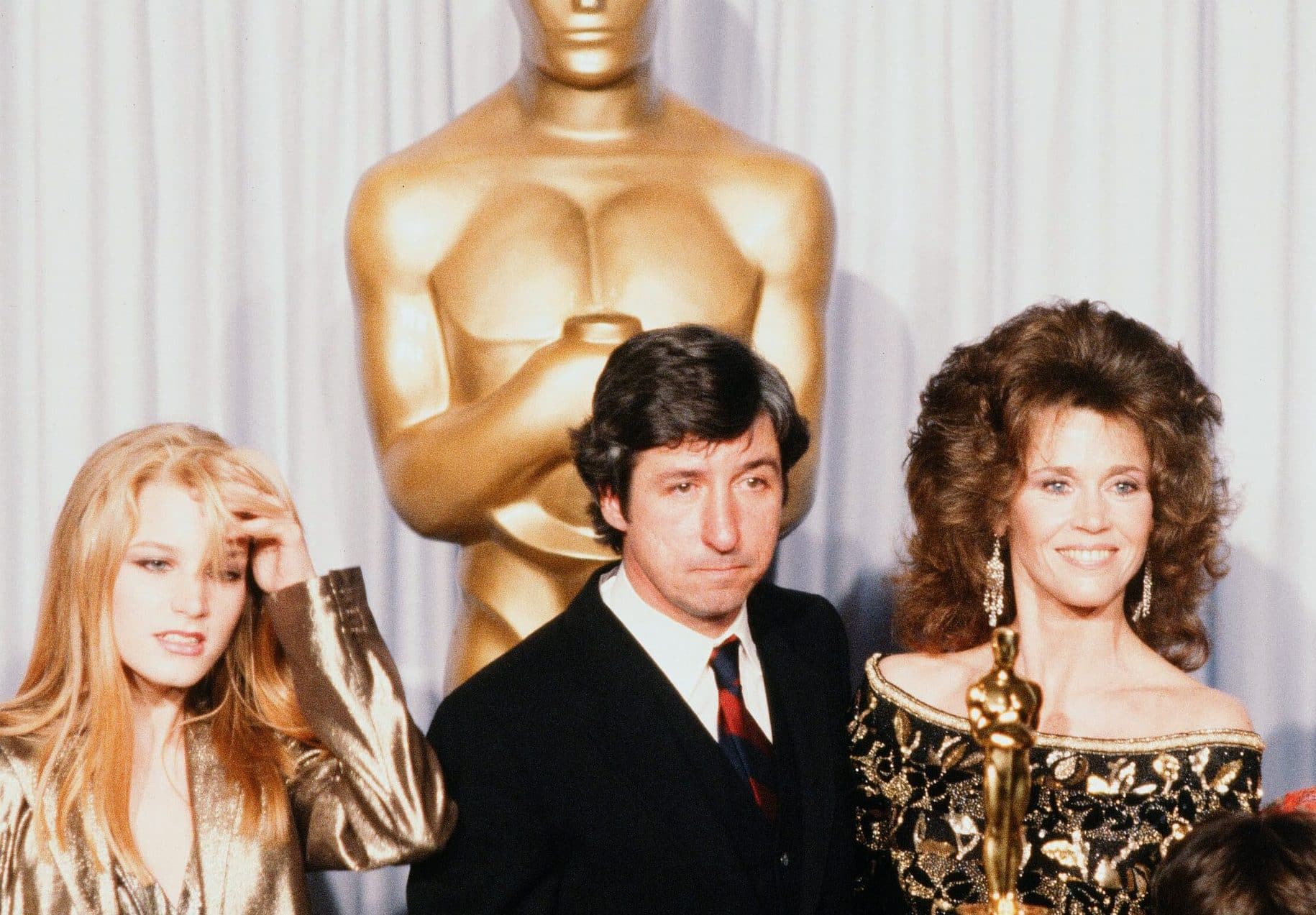 Born on 27 January, 1964, Bridget Fonda is the daughter of artist Susan Brewer, and actor Peter Fonda, himself the son of seasoned screen veteran Henry Fonda, and younger brother of Jane Fonda. Bridget would make her (uncredited) screen debut aged four in her father’s acclaimed and hugely influential film Easy Rider.

Bridget grew up in Los Angeles, where she attended Westlake School for Girls. Like many future actors, she trod the boards for the first time whilst at school, and soon enough decided this was the path she also wanted to take. However, she wouldn’t start making tentative steps into show business until the early 1980s.

In 1984, the 20-year-old Fonda was one among the many young up-and-comers considered for the role of Sarah Connor in The Terminator (with others including Lea Thompson, Rosanna Arquette and Jennifer Jason Leigh), before director James Cameron gave the role to Linda Hamilton. 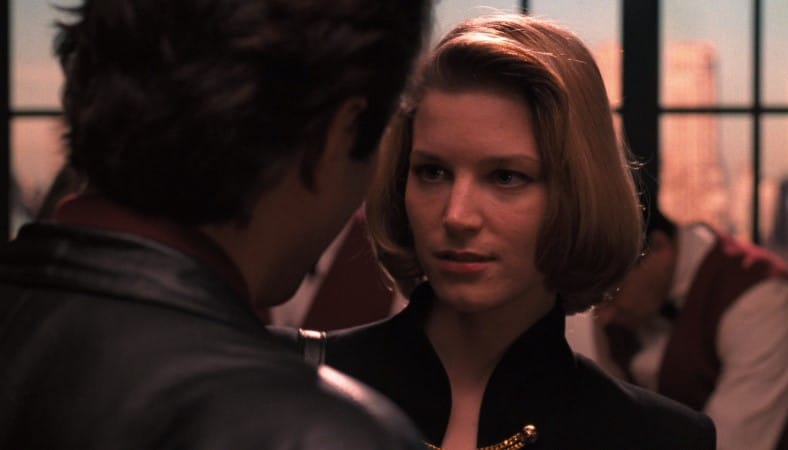 At the same time, Fonda continued her education, attending NYU and studying method acting at the Lee Strasberg Theatre Institute. After graduating in 1986, she landed her first credited screen appearance in Aria, a dialogue-free art film based around opera music. This debut role raised a few eyebrows, as it involved nudity and a graphic suicide scene.

A buzz slowly built around Fonda in the years that followed, her good looks and family heritage helping to open a lot of doors. After appearing in a number of modestly successful romantic comedies, her real breakthrough was the role of journalist Grace Hamilton in 1990’s The Godfather Part III, the divisive but still largely successful conclusion of director Francis Ford Coppola’s iconic series.

By this point, Fonda was starting to escape the shadow of her family to become a celebrity in her own right. Around this time, she began dating fellow actor Eric Stoltz, a relationship that would last the bulk of the 1990s. 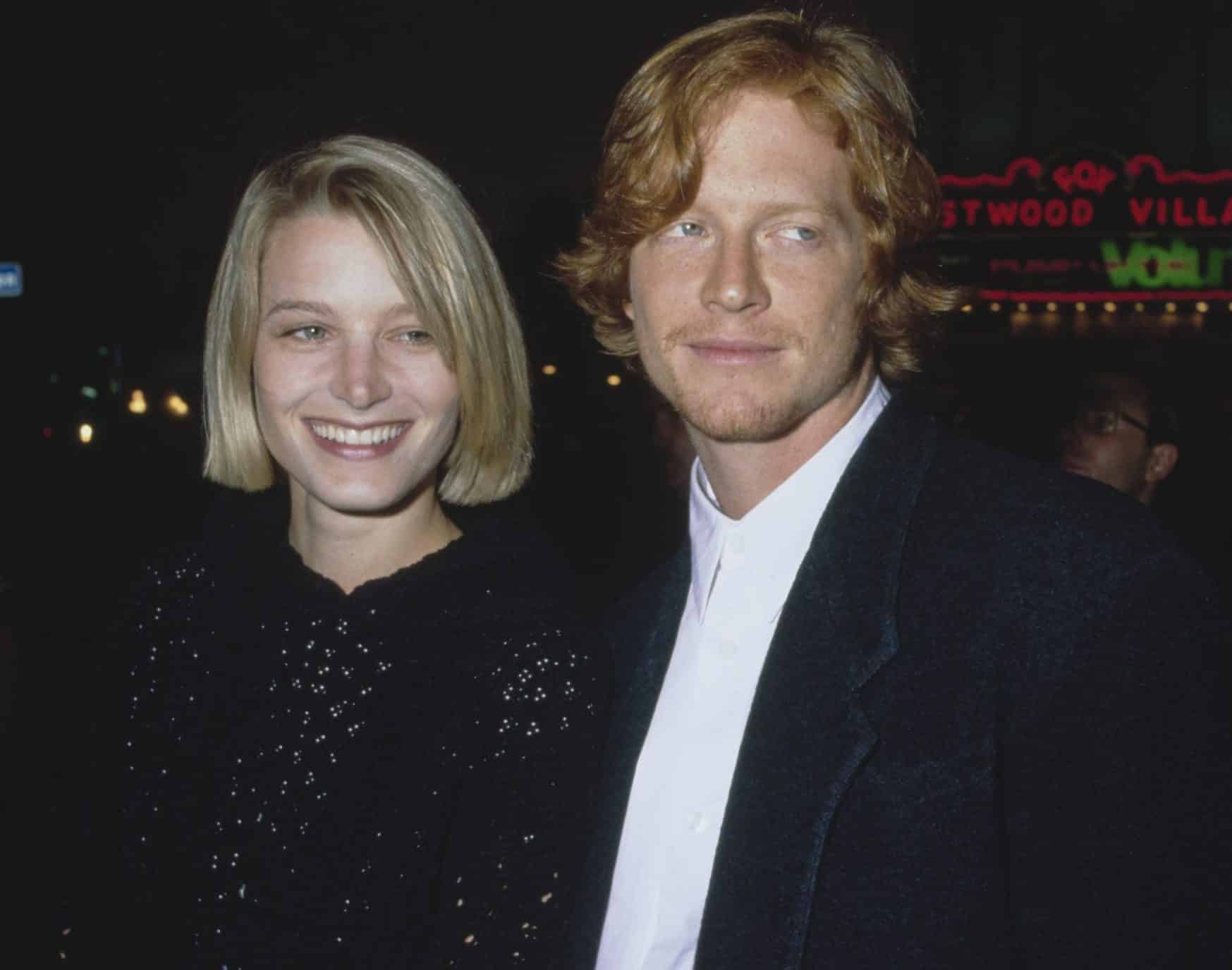 Fonda’s status as a Generation X icon was confirmed with her role in writer-director Cameron Crowe’s grunge-era comedy drama Singles, whilst her role opposite Jennifer Jason Leigh in the hit thriller Single White Female made her a bankable leading lady.

She would also make a fan-pleasing cameo in Army of Darkness, the third instalment in the Evil Dead series; this came about after director Sam Raimi heard that Fonda was a fan of the first two films.

The years that followed saw Fonda go back-and-forth between independent, art house-oriented cinema (including the dramas Bodies, Rest and Motion and Little Buddha) and more mainstream fare (such as thriller The Assassin and rom-com It Could Happen to You). 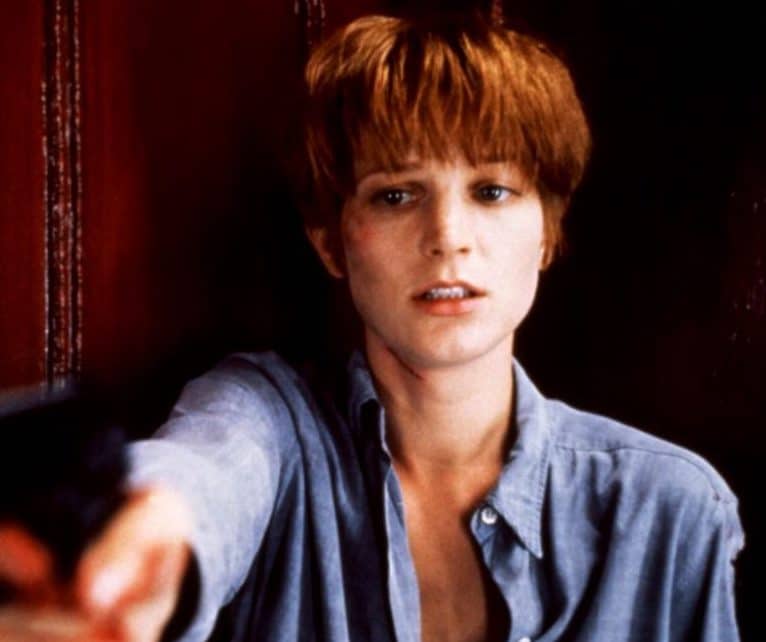 Unfortunately, as the decade rolled on Fonda tended to eschew major films in favour of smaller productions, most of which wound up flops. It didn’t help that the few major films she appeared in (The Road to Wellville, City Hall) also performed below expectation.

By 1997, Fonda was 33; still young by any normal standard, but as history has proven, actresses in Hollywood can have an alarmingly short shelf life, and the closer they get to 40, the more the job offers dry up. As such, it would have been understandable if Fonda had pursued a more secure, on-going role in television.

This had indeed been an option, as Fonda was offered the title role in TV comedy drama Ally McBeal. Preferring to concentrate on film, Fonda decided against it, and the show proved to be a big hit with Calista Flockhart in the lead. 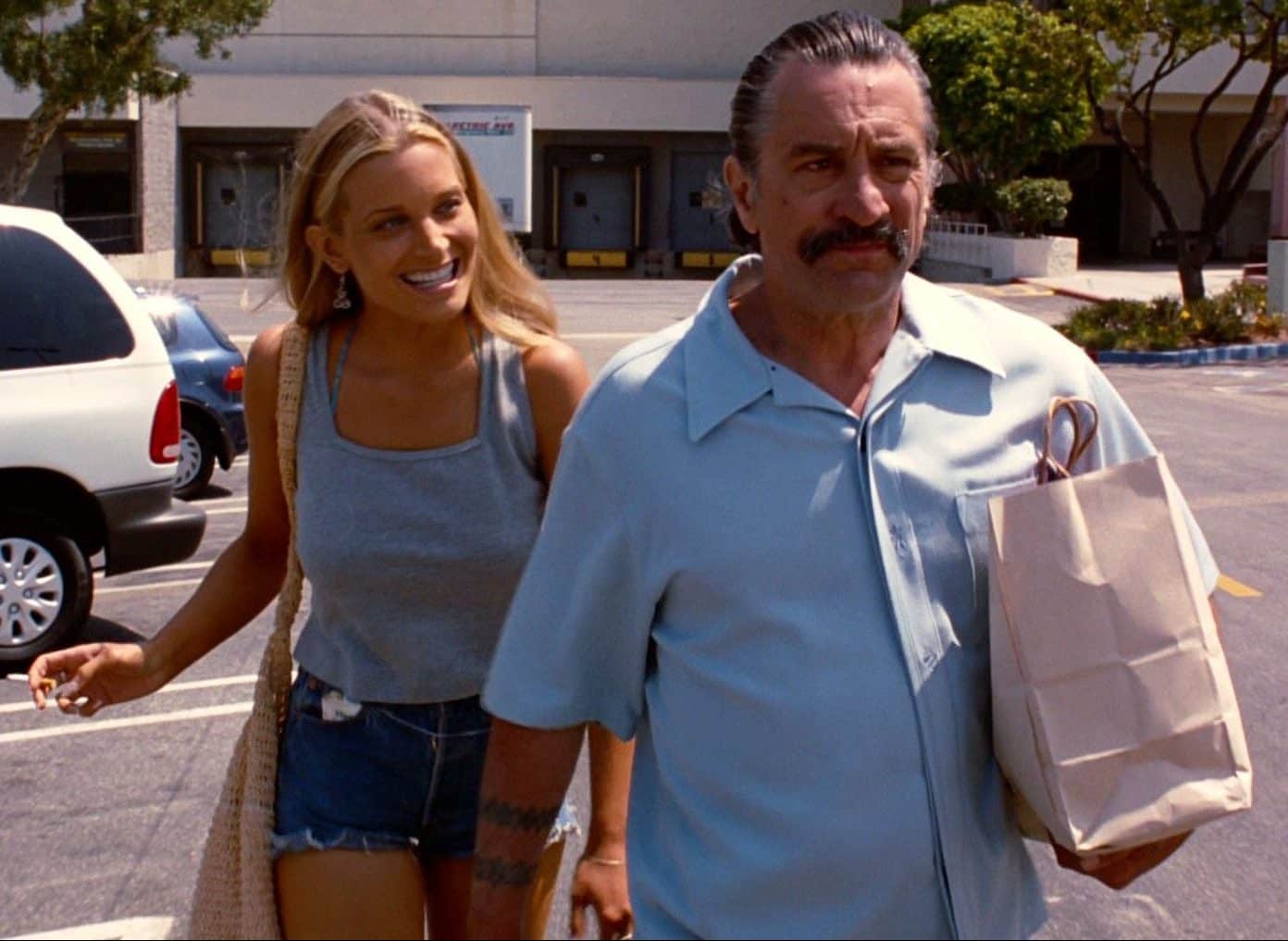 Happily, 1997 was also the year that Fonda met Quentin Tarantino when they both happened to be on the same plane, and the conversation that ensued resulted in the writer-director asking her to play Melanie in Jackie Brown. Fonda accepted, and the role would see her share scenes with Robert De Niro and Samuel L. Jackson.

Released that December, Jackie Brown made less of a splash than Tarantino’s earlier films Reservoir Dogs and Pulp Fiction (the latter of which co-starred Fonda’s partner Eric Stoltz), but in the years since many fans and critics have hailed the film as one of the the director’s best. Still, while Fonda earned some minor plaudits for her performance, her comparatively minor part left her in the shadow of her co-stars.

1998 saw Fonda appear in another of her most acclaimed films, A Simple Plan. This crime drama reunited her with Army of Darkness director Sam Raimi, and cast her alongside Bill Paxton and Billy Bob Thornton. 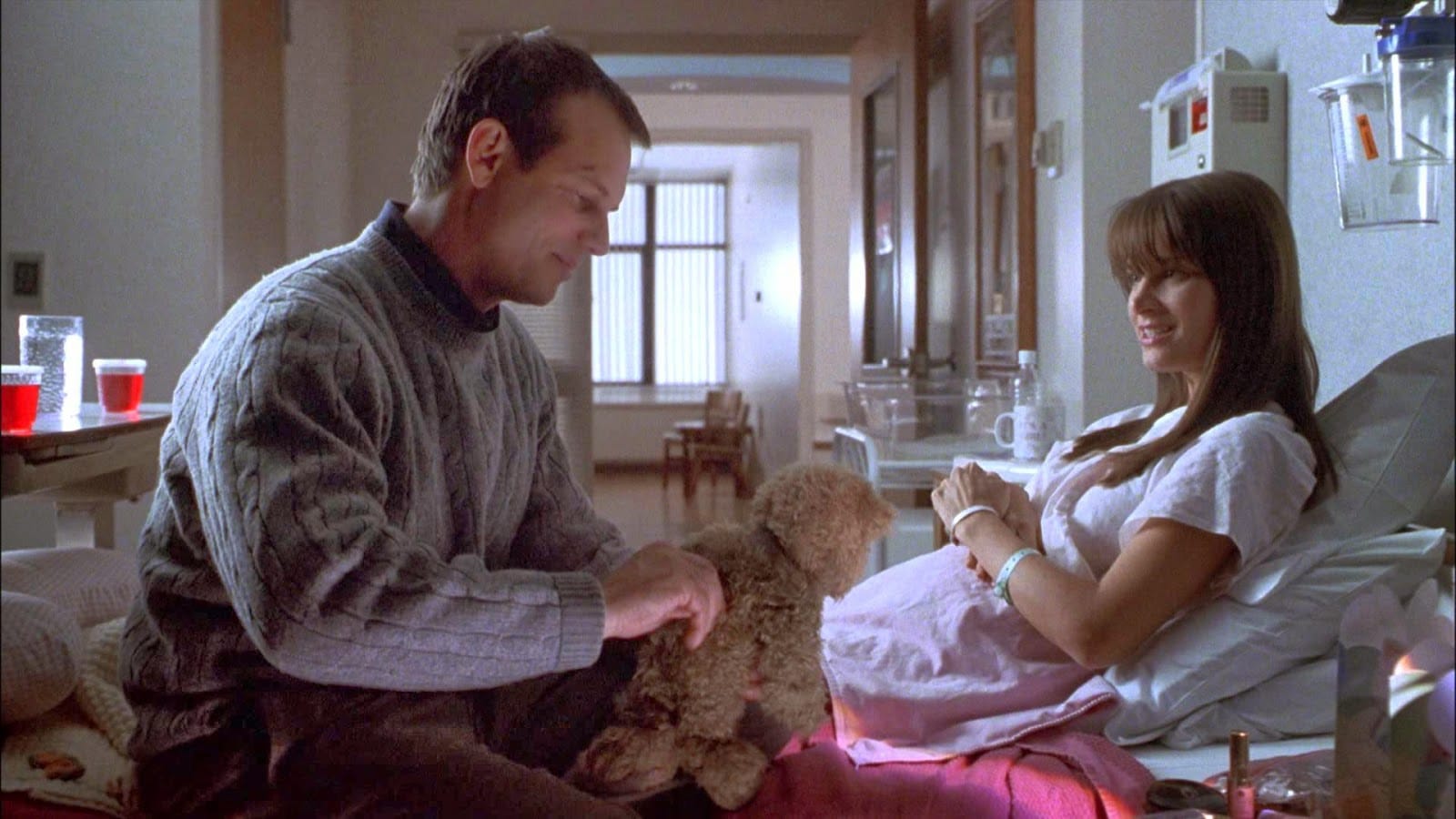 As had been the case with Jackie Brown, A Simple Plan may have earned a lot of praise, but little of it seemed to be directed at Fonda. Instead, the film proved a major career turning point for Thornton, who landed a Best Supporting Actor Oscar nomination.

In the years that followed, Fonda co-starred with Bill Pullman in giant crocodile horror Lake Placid, joined Brendan Fraser in fantasy comedy flop Monkeybone and appeared alongside Jet Li in action thriller Kiss of the Dragon.

Monkeybone aside, these films performed reasonably well, yet it was hard to avoid the feeling that the material was a bit beneath Fonda, who had surely proven herself enough to warrant better parts at this point. 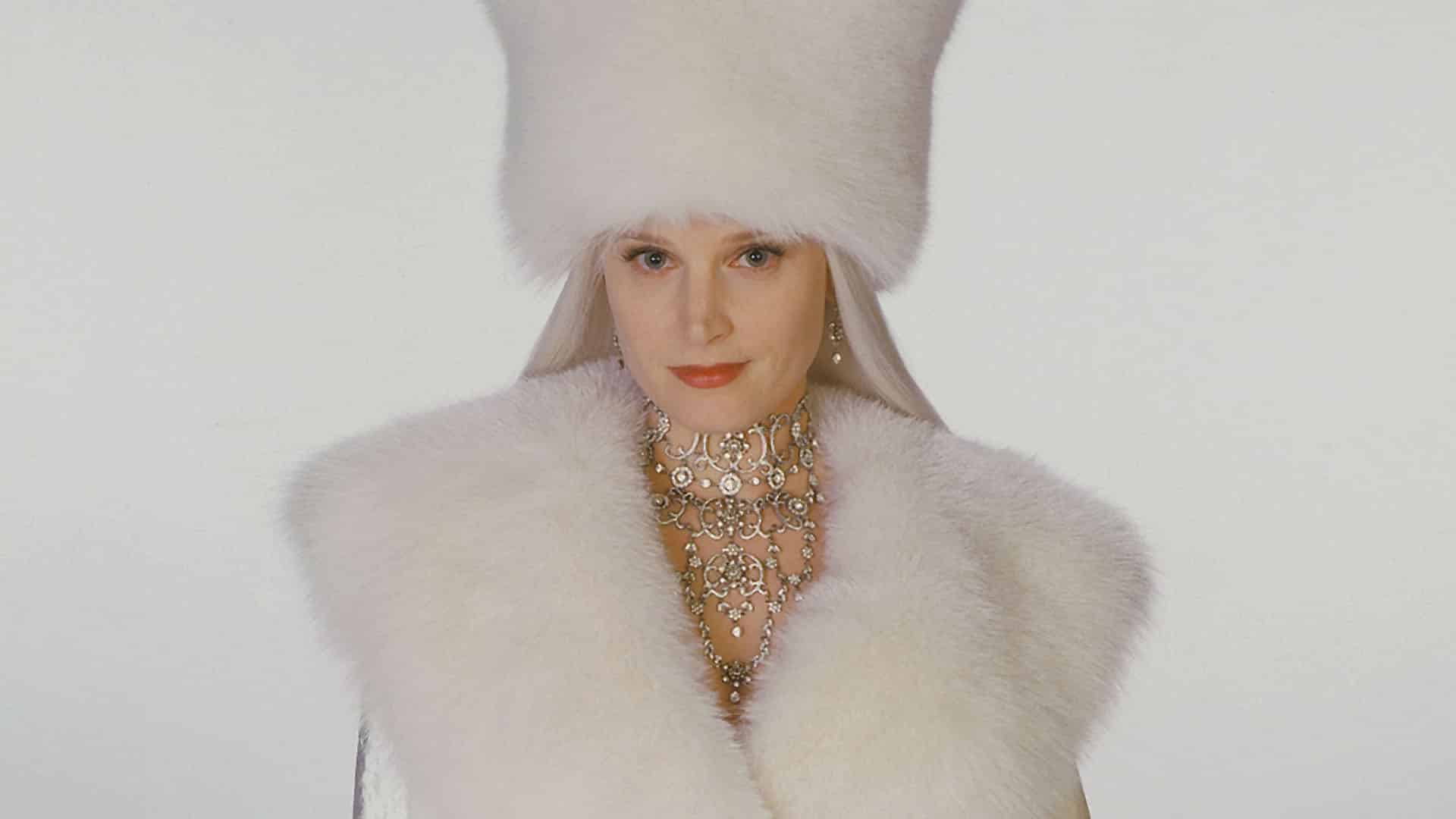 Alas, anyone who was holding their breath for a Bridget Fonda renaissance was in for disappointment. After appearing in 2001 rom-com The Whole Shebang and in the title role of 2002 TV movie Snow Queen (based on the same Hans Christian Anderson story that would later inspire Disney’s Frozen), Fonda stopped acting altogether.

Unfortunately, Fonda did return to the headlines in February 2003, when she was involved in a serious car accident. A report at the time claimed Fonda “was headed south on the highway in Malibu when she lost control of her 2001 Jaguar, which flipped over an embankment and tumbled downhill.” Although the vehicle was “totaled,” Fonda herself avoided any major injuries beyond a fractured vertebra.

Nine months after this accident, Fonda married composer Danny Elfman, and in the years since it is believed the former actress has concentrated on parenting. As well as helping to raise Elfman’s children from an earlier relationship, the couple also have a son of their own, Oliver, born in 2005. 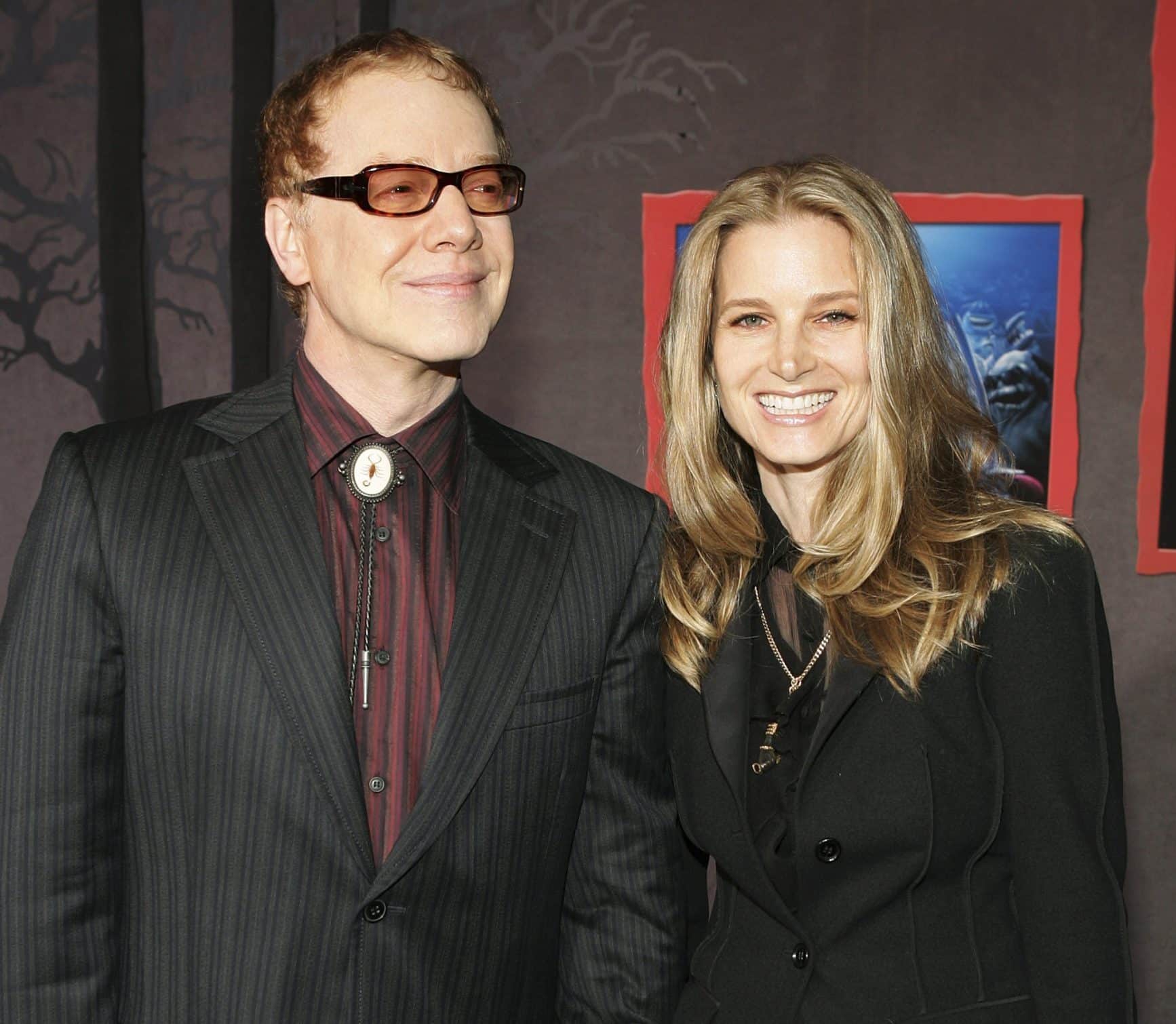 Beyond the occasional red carpet appearance at movie premieres, typically in the company of her husband, Fonda has entirely disappeared from the limelight. She has no social media presence, doesn’t give interviews, and has not made any public statements, even following the death of her father in 2019.

Some anticipated hearing from Fonda when the #MeToo movement became headline news in 2017, with many prominent actresses breaking their silence on their experiences of sexual harassment and assault. A large number of such charges were levelled against Harvey Weinstein, who had produced a number of Fonda’s films including Scandal and Jackie Brown.

However, while many of her contemporaries have shared alarming and upsetting stories about Weinstein and other men of power in Hollywood, Fonda has not come forward with any such stories of her own. 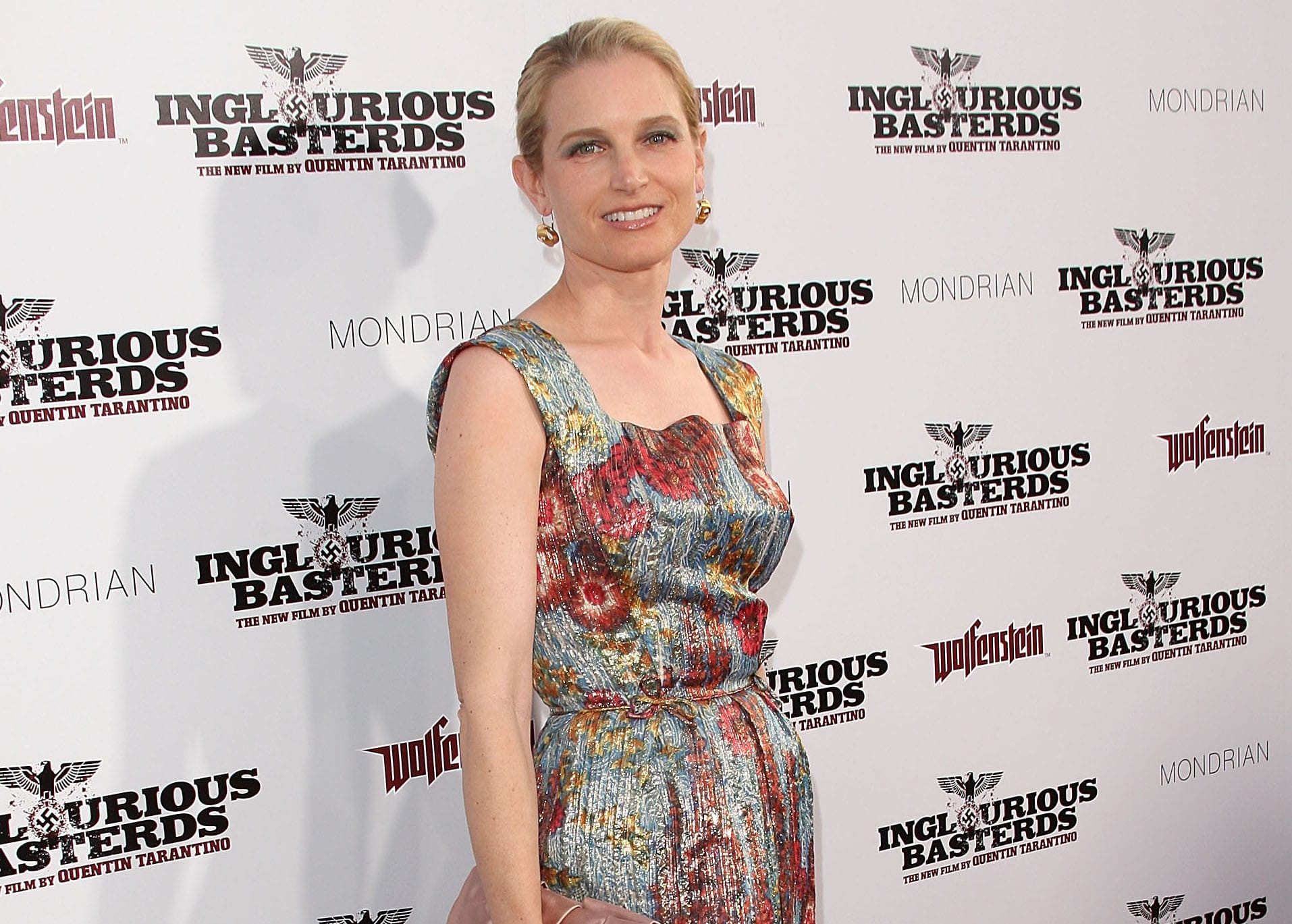 Bridget’s father Peter and grandfather Henry kept acting right up to the end of their lives, and her aunt Jane is still acting today (after taking a 15 year hiatus from 1990 to 2005), so it’s certainly not too late for Bridget Fonda to make a comeback.

Even so, there’s nothing to indicate she has any intention of returning to acting. While this may disappoint some fans, if Fonda is happiest out of the spotlight, far be it from us to think any less of her for it.