What Happened To The Cast Of Annie?

Annie is a 1982 musical film adapted from the hugely successful Broadway musical of the same name. Annie was played by Aileen Quinn, who starred alongside a stellar cast of actors including Albert Finney and Carol Burnett. The Broadway production itself was based on a 1924 comic strip called Little Orphan Annie. The film adaptation was directed by John Huston and scripted by Carol Sobieski.

The story is set during the Great Depression and tells the story of Annie, an orphan from New York City who is taken in by America’s richest billionaire, Oliver Warbucks. The filming took place over six weeks at Monmouth University, New Jersey. Critically, the film opened to mixed reviews but was nominated for Best Production Design and Best Song Score at the 55th Academy Awards.

The Cast of Annie – Where Are They Now?

Aileen Quinn starred as the titular and adorable Annie. Afterwards, she went on to star in another, less popular movie called ‘The Frog Prince.’ She then made an appearance in a TV movie before virtually disappearing.

However, Quinn made her comeback in the late ’90s and became involved in a number of Broadway shows. She starred in a production of Peter Pan then went on to do a few independent films such as 2010’s ‘Multiple Sarcasms’ starring Mira Sorvino.

At present, Aileen is the lead singer of the LA-based rockabilly band ‘Leapin’ Lizards,’ and she is working on her own material. Aileen’s band has 5 members and they sing classic hits from the 50s and 60s.

After the soundtrack to Annie went platinum in 1982, she released an album of her own. But don’t expect to be able to get your hands on a copy. There are fewer than a dozen copies of the LP in existence!

Little Molly was perhaps everybody’s favourite character. She was the runt of the orphan litter, which automatically made her endearingly adorable. Her rendition of ‘You’re Never Fully Dressed Without A Smile,’ has never been matched.

Unfortunately, she has no other film credits after ‘Annie.’

Toni Ann Gisondi now has two daughters, one of whom is called *drum roll* Molly! She currently works as a substitute teacher and sings at weddings.

So if you’re lucky, you might still be able to see her sing that signature song. She might just come with a bit of a price tag.

Pepper was another orphan who didn’t go into film work after Annie.

Before the film, Rosanne Sorrentino was a stage actor and she played Annie in the national tour of the show. However, she was too old to be cast as Annie in the movie.

So instead, the studio cast her as Pepper. The only place you will be able to see Rosanne now is in the ‘Life After Tomorrow’ documentary.

She is married, has two daughters and currently works as a teacher.

This orphan did go on to try her hand at Hollywood after Annie. In 1984, Lara Berk played ‘Kiki Dumont’ in the movie Preppies. The film didn’t seem to make a great impression on movie-going audiences.

The film had the following description: “Three sexy young women are hired to ensure that three college students don’t pass their final exams, which would preclude one of them from inheriting a family fortune.” 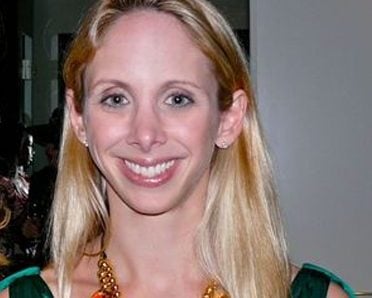 We’re not surprised the movie did so badly with a description like that.

These days, she’s married with two kids and works as a legal recruiter. That definitely doesn’t sound as glamorous at all. 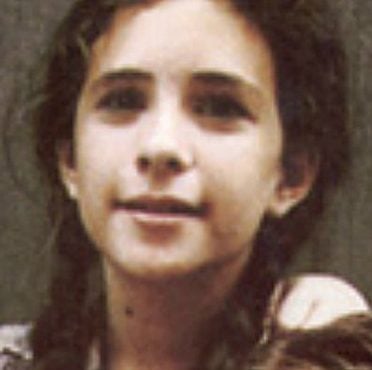 This one seems to have the most Hollywood experience under her belt. After Annie, April Lerman played the boy-crazy Lila Pembroke in Charles In Charge (which also starred Scott Baio).

However, after only one season she was replaced and instead she went on to guest star in other classic ’80s shows. 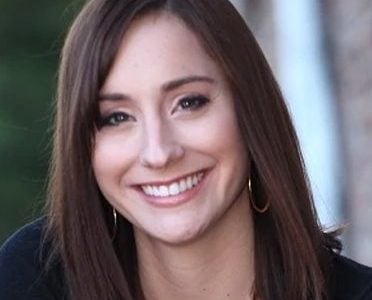 She starred in Kate and Alice, Growing Pains and Parker Lewis Can’t Lose. She also participated in the Annie documentary Life After Tomorrow. April eventually gave up her acting career and got a law degree at Pepperdine.

She is married with one son and currently works as a child psychologist. 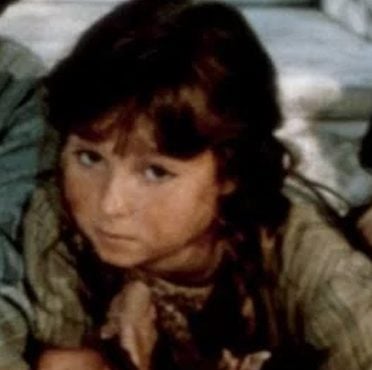 The orphan ‘Scrappy Duffy’ was played by Robin Ignico. She also continued to do some acting work in the ’80s. Ignico was a regular on the Trapper John, M.D. TV series.

She also guest-starred on other shows like Voyagers, Seven Brides for Seven Brothers and Matt Houston. 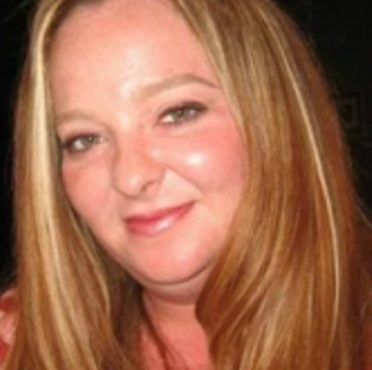 After this, Robin went on to appear in a few made-for-TV movies, you know…the ones that no one ever watches. Her last big achievement was working alongside Gene Wilder and Kelly LeBrock in the 1984 movie ‘The Woman in Red’.

Ignico quit acting in the late ’80s and now works as a Tenant Relations Manager.

Carol played Miss Hannigan who was an alcoholic. The role of the bumbling caretaker of the Hudson Street Home for Girls was perfect for the physical comic, Carol Burnett. Burnett was already a massive star before she starred in Annie.

The very successful Carol Burnett Show recently finished an 11-year run. After Annie, Carol’s career continued to grow. She appeared frequently on TV, with roles on shows such as Mama’s Family and Mad About You.

In 2010, Carol guest-starred in an episode of Glee. She played the mother of the cheerleading coach, Sue Sylvester.

Carol is married to musician Brian Miller and had three daughters from a previous marriage. Her oldest daughter, Carrie, died of cancer in 2002. Today, Burnett resides in Honolulu, Hawaii, and Santa Fe, New Mexico…so not many places really.

Albert Finney plays Oliver ‘Daddy’ Warbucks. The character is the gruff industrialist with a heart of gold and a head of skin. The role was a fitting role for Finney.

He grew up in Manchester and was well known for playing gritty film roles in the 60s. He has never been an actor who really enjoys the spotlight.

In 2000 he turned down the offer of a knighthood for the second time. His work has made him no stranger to success in Hollywood, however. He has had roles in Erin Brockovich, Big Fish and The Bourne Ultimatum and Skyfall.

From 2007 to 2012, Finney’s presence on the big screen was limited due to a battle with kidney cancer, of which he sadly ultimately died in 2019.

Compared to his portrayal as the loveable transvestite, Frank-N-Furter in The Rocky Horror Picture Show, the kidnapping Rooster is quite tame for Tim Curry.

After Annie, Curry returned to the stage, eventually moving to Los Angeles. There he took on roles in films such as The Hunt For Red October.

Curry also starred in a television adaptation of the Stephen King novel, It. His most recent roles have included appearances on CBS’ Criminal Minds, but his voice has been featured extensively on a variety of cartoons and audiobooks.

He lives in Los Angeles with his dog DeNiro.

The minor role of Lily St. Regis was given to the Broadway superstar Bernadette Peters. The famous actress doesn’t get much screen time, but when she belts out the tune “Easy Street,” you can hear why she’s a musical powerhouse.

The actress was born in Queens, New York. She has been starring on the stage and screen for more than 50 years now.

The actress has won two Tony Awards, as well as winning three Drama Desk Awards. Four of the Broadway cast albums Carol has starred on have all won Grammy Awards! She has appeared in television shows such as Ally McBeal, Grey’s Anatomy and Ugly Betty. Peters has also recently appeared on the NBC show Smash.

Although that show was cancelled, Peters fans can hear her voice when she plays Glinda in Legends of Oz: Dorothy’s Return.

Anyone rooting for Annie owe a lot to Warbucks’ bodyguard, Punjab. Without the creative use of his turban, Annie might very well still be stuck on top of a bridge. One could argue that Punjab is the ‘Yoda’ of the cast, with his Buddhist observations and telekinetic powers.

Outside of film action, Holder was an accomplished choreographer.

He was even credited with creating dance pieces for the Alvin Ailey American Dance Theatre.

Ailey’s more recent work includes narrating the Tim Burton remake of Charlie and The Chocolate Factory. He also appeared on The Celebrity Apprentice. He sadly passed away in 2014.

In the film, Grace Farrell is the secretary of Oliver Warbucks. She also played the character in the original musical. She acts as a mother figure to Annie, and she’s the one who takes her to his house for a week.

In March 1985, Reinking appeared at the 57th Academy Awards to give a mostly lip-synced vocal performance accompanied by a dance routine of the Academy Award-nominated Phil Collins single “Against All Odds (Take a Look at Me Now)”.

In 1996, she was asked to create the choreography “in the style of Bob Fosse” for an all-star four-night-only concert staging of Chicago for City Center’s annual Encores!

In 2001, she received an honorary doctorate from Florida State University for her contribution to the arts. She sadly passed away in December 2020.

In the film, Edward Hermann portrays the president Franklin D. Roosevelt. He was an American actor, director, writer, and comedian, best known for his portrayals of the president on television. He also played Richard Gilmore in Gilmore Girls, as well as starring as a ubiquitous narrator for historical programs on The History Channel.

In 1980 Herrmann also starred in an episode of M*A*S*H as an army surgeon suffering from PTSD. He also played Max in the 1987 movie The Lost Boys. Herrmann was married twice and had two daughters, Emma and Ryen. He restored classic automobiles and was a well known automotive enthusiast.

Edward had one stepson, Rory Herrmann who decided to change his surname from Roman to Herrmann when was an adult in honor of his stepfather. In October 2013, Herrmann made an appearance on How I Met Your Mother in the episode “Knight Vision”, playing a reverend. Herrmann came from a prominent Unitarian family, based in Grosse Pointe, Michigan. He became a Roman Catholic as an adult.

Herrmann died on December 31, 2014, at Memorial Sloan Kettering Cancer Center Hospital of brain cancer, at the age of 71.