Telling the story of a cabbie who slowly loses his mind – he’s the rain that will “come and wash the scum off the streets” of 1970s New York – Martin Scorsese’s Taxi Driver is regularly discussed as one of the greatest films of all time.

Released in 1976 and starring Robert De Niro as Vietnam War veteran Travis Bickle – alongside Jodie Foster as Iris, the 12-year-old prostitute whom he befriends – Taxi Driver is an often depressing tale about a morally bankrupt society, and one that gave us one of the best anti-heroes in Hollywood history. Here are some fascinating facts you never knew about the film.

10. It was partly inspired by the diaries of convicted criminal Arthur Bremer 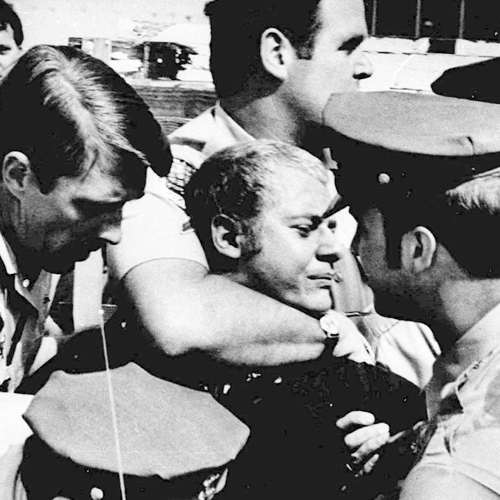 Paul Schrader, who wrote the screenplay for Taxi Driver in “under a fortnight,” took inspiration from the diaries of Arthur Bremer, who shot presidential candidate George Wallace in 1972 and left him permanently paralysed from the waist down.

Schrader also took inspiration from his time living in New York City where, after going through a divorce and a breakup, he spent a number of weeks living in his car. 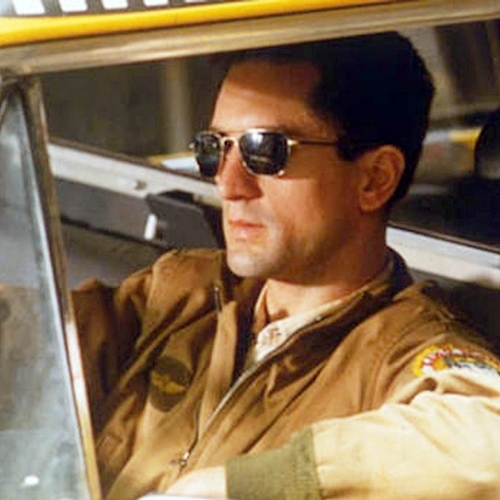 Whilst preparing for his role, Robert De Niro, who received an Academy nomination for Best Actor for his performance in the film, obtained a real taxi driver’s licence and even picked up passengers in New York City for a couple of weeks. 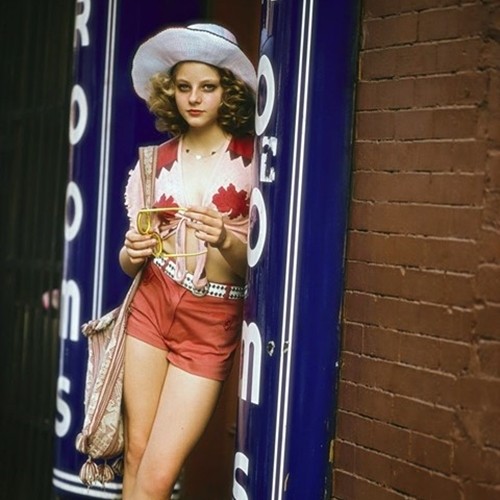 Jodie Foster, who was 12 years old at the time of the film’s shoot, underwent psychological testing with a UCLA psychiatrist to ensure that she wouldn’t be emotionally scarred by her role.

Some people expressed concern about Foster being on-set during the film’s climatic shootout, but the actress herself, who was taken through every stage of the special effects being used before the cameras started rolling, has revealed that she found it “fascinating and entertaining.”

7. Travis Bickle’s mohawk haircut was suggested by a Vietnam veteran and friend of Martin Scorsese 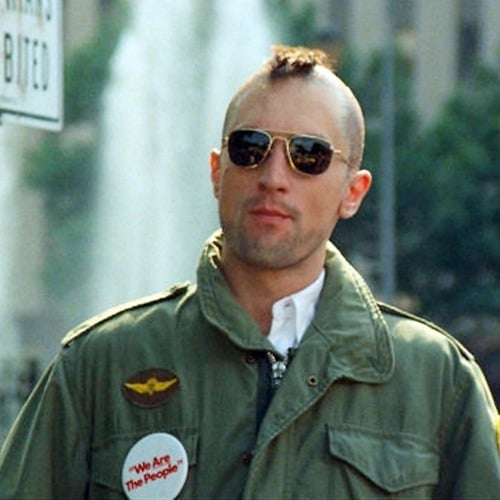 Robert De Niro’s iconic mohawk haircut, which his character Travis Bickle dons as he prepares to assassinate a Senator, was suggested by a Vietnam veteran-turned-actor friend of Martin Scorsese.

Scorsese has revealed that Victor Magnotta, who plays a Secret Service agent in the film, told him that in Vietnam “if you saw a guy with his head shaved like a Mohawk, that usually meant that those people were ready to go into a certain special forces situation. They were ready to kill.”

6. The colours in the climactic shootout had to be muted to avoid an X-Rating 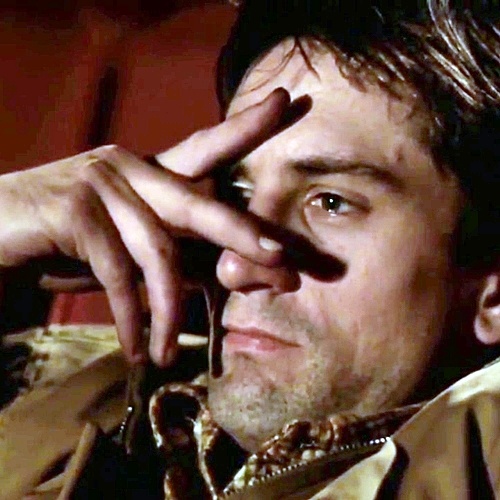 In order for it to be awarded an ‘R’ rather than an ‘X’ rating, the colours in the film’s climactic shootout had to be toned down.

This process made the bright red blood significantly less prominent, and Scorsese was so pleased with the way it turned out that he admitted to liking it more than the original version.

5. De Niro’s famous improvised speech has been voted one of the top ten greatest of all time 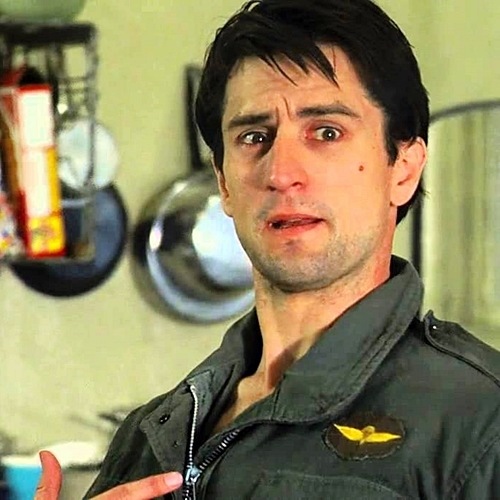 Robert De Niro’s classic “You talkin’ to me? Then who the hell else are you talkin’ to?” speech has been voted the 10th greatest film quote of all time by the American Film Institute.

Famously, Paul Schrader’s screenplay simply said ‘Travis speaks to himself in the mirror,’ with all of the dialogue being improvised by De Niro on set.

4. The film is full of religious symbolism 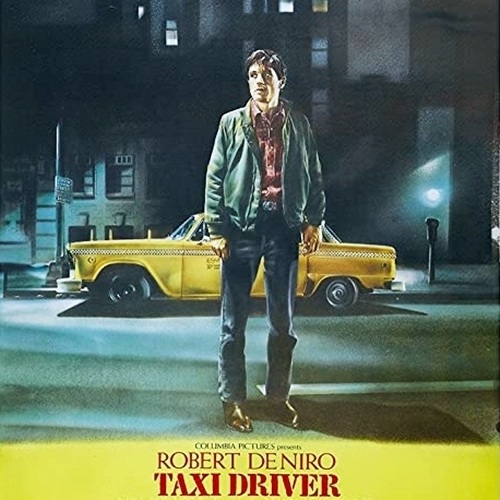 It could be read as simply being a film about a vigilante Taxi Driver, but Martin Scorsese has revealed the large amount of religious symbolism that the film contains.

Scorsese has described Travis Bickle as “an avenging angel floating through the streets of New York City,” and has also compared him to “a saint who wants to cleanse his mind and his body of all weakness.”

3. It led to Jodie Foster being stalked by an obsessive fan 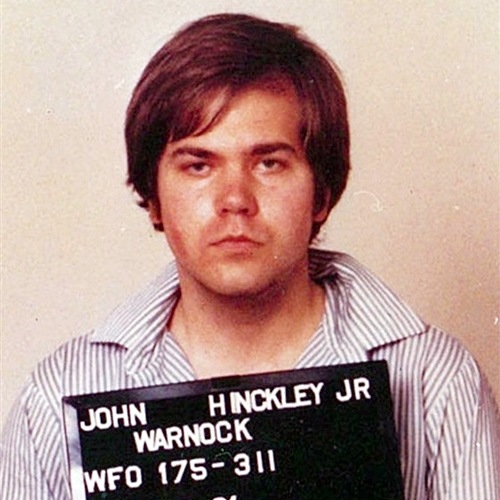 Her breakout role in Taxi Driver led to Jodie Foster being stalked by an obsessive fan called John Hinckley Jr, who even attempted to assassinate US President Ronald Reagan in order to impress her.

Director Martin Scorsese was so disturbed by Hinckley’s actions that he considered quitting filmmaking for good.

2. Its TV version had an unexplained disclaimer during the closing credits 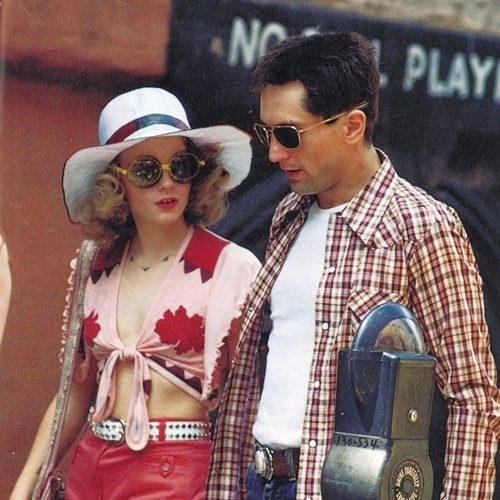 The version of Taxi Driver broadcast on terrestrial TV had a slightly strange and – to this day unexplained – disclaimer as part of its closing credits.

The disclaimer read: “To our Television Audience: In the aftermath of violence, the distinction between hero and villain is sometimes a matter of interpretation or misinterpretation of facts. Taxi Driver suggests that tragic errors can be made. – The Filmmakers.”

1. We still don’t know if the final scene is real or in Travis’ mind 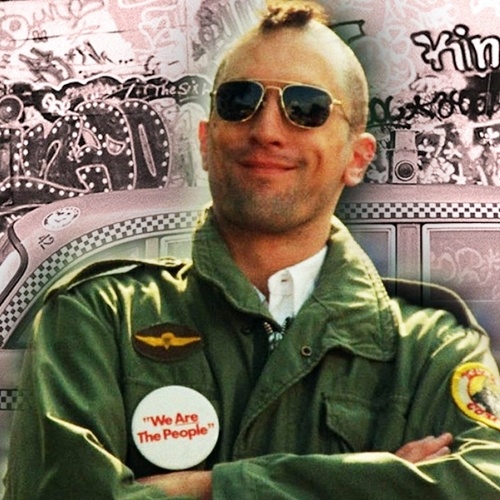 Over four decades since it was released, we still don’t know whether the final scene of Taxi Driver is in Travis Bickle’s imagination or not, although Scorsese himself has hinted that it could be his dying dream.

On this subject, the late film critic Roger Ebert once wrote “Is this a fantasy scene? Did Travis survive the shoot-out? Are we experiencing his dying thoughts? Can the sequence be accepted as literally true? I am not sure there can be an answer to these questions.”