Extravagant mansions, yachts and gadgets aside, plenty of celebrities have turned to the animal kingdom to splash their cash. While many famous figures adore cats and dogs, opening their homes to countless rescues, others have sought out more exotic species – often with controversial outcomes. Here are some of the strangest celebrity pets. 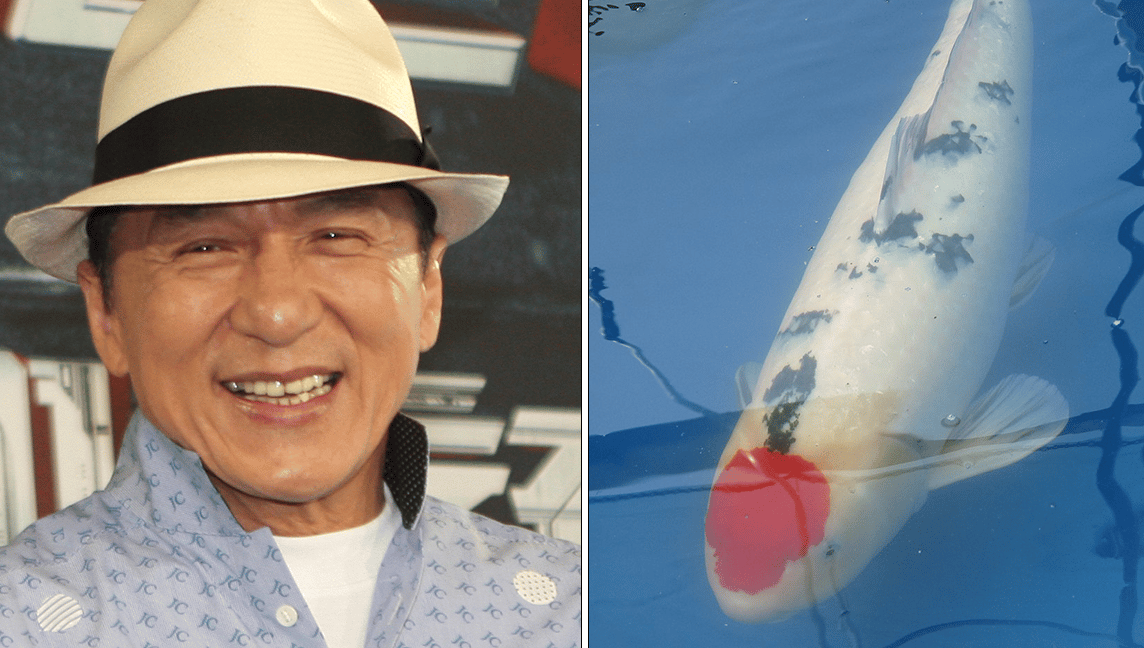 He may be the most recognisable film star in the world – but when he isn’t starring in his beloved blockbusters, Jackie Chan has a little-known hobby: he trains his koi fish and catfish to do tricks, teaching them to roll over on command.

The Police Story and Rush Hour star’s fish respond to commands in both Mandarin and English. Chan also has three cats and five dogs. “I just love animals, I don’t know why. I am tough but I have a pretty good heart,” Chan has said. 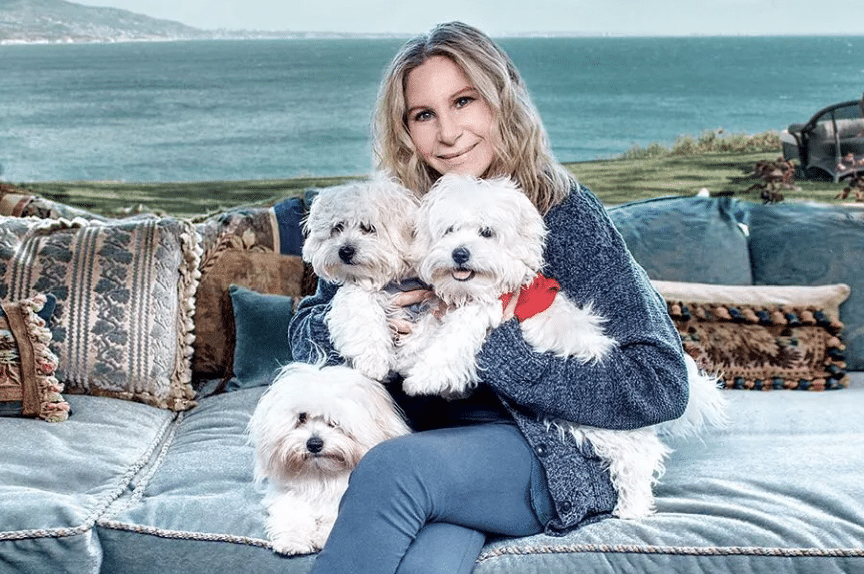 Barbra Streisand adored her pet dog Samantha, also known as Sammie, who was an extremely rare curly-haired Coton de Tulear breed. When Sammie was close to death in 2017, Streisand made the unusual choice to take DNA samples from her pet.

Streisand then sought out a cloning company to bring two new puppies into the world – both genetically identical to the late Sammie. Their names are Miss Violet and Miss Scarlett. Streisand also owns a distant relation of Sammie, named Miss Fanny after her famous role in Funny Girl. 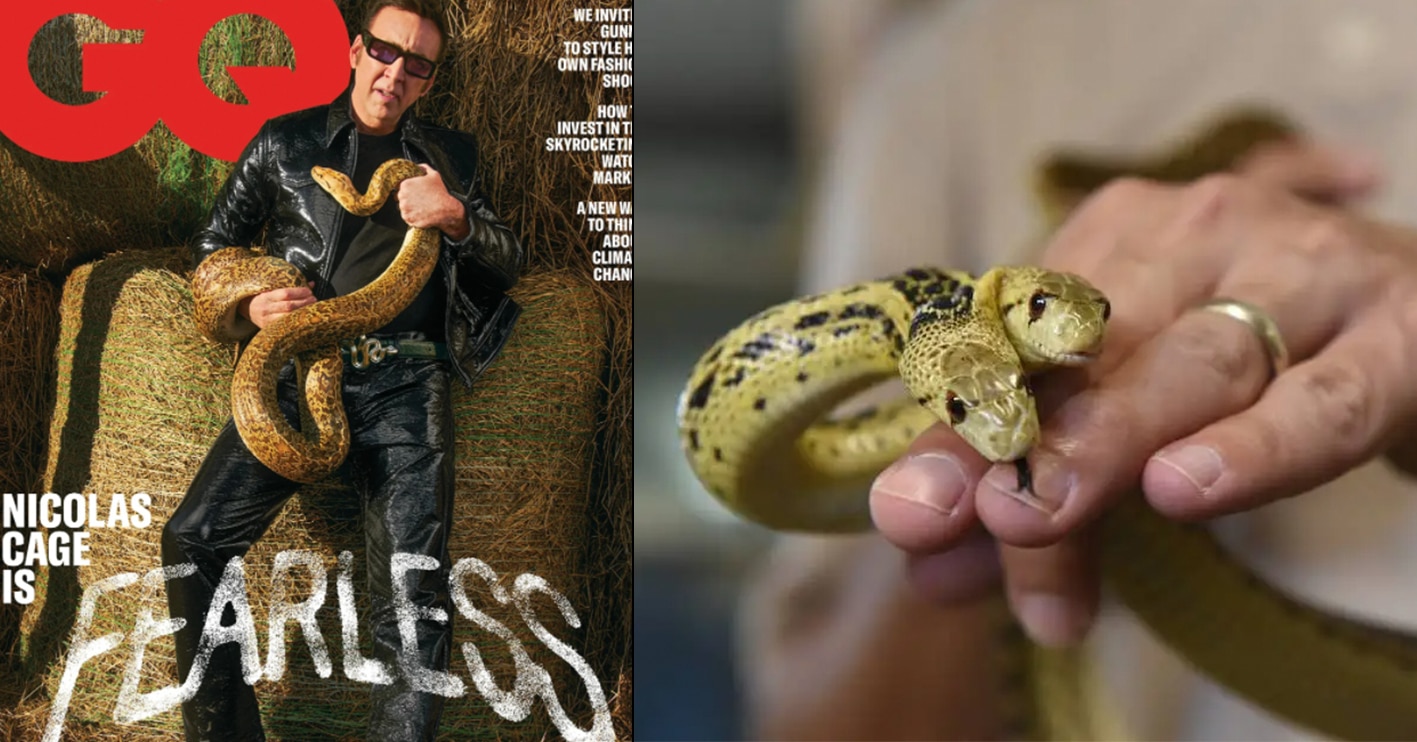 Crows, cats and turtles have all found a home with Nicolas Cage over the decades, but the strangest among his pets has been a two-headed snake. Cage purchased it after dreaming about a two-headed eagle, paying $80,000 for this rare specimen.

However, Cage soon discovered that the snake’s two heads would fight over food, and had to be kept apart with a spatula during mealtimes. Cage ultimately found the pet too difficult to care for, so he gave it away to New Orleans’ Audubon Zoo in 2008. It died at the age of 14 in 2021. 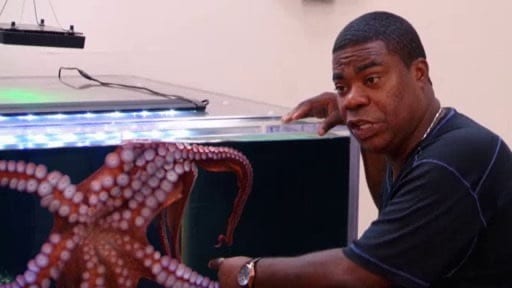 In 2013, comedian and actor Tracy Morgan’s made a surprising appearance on the TV show Tanked, seeking out the help of aquarium specialists to rehouse his pet, a giant Pacific octopus named Bwyadette. Bwyadette has also featured on Morgan’s Twitter feed.

“She’s been calling me a slumlord lately,” Morgan said on the popular Animal Planet show. “I want to get her something nice. This is my baby… I really want her home to be comfortable for her.” 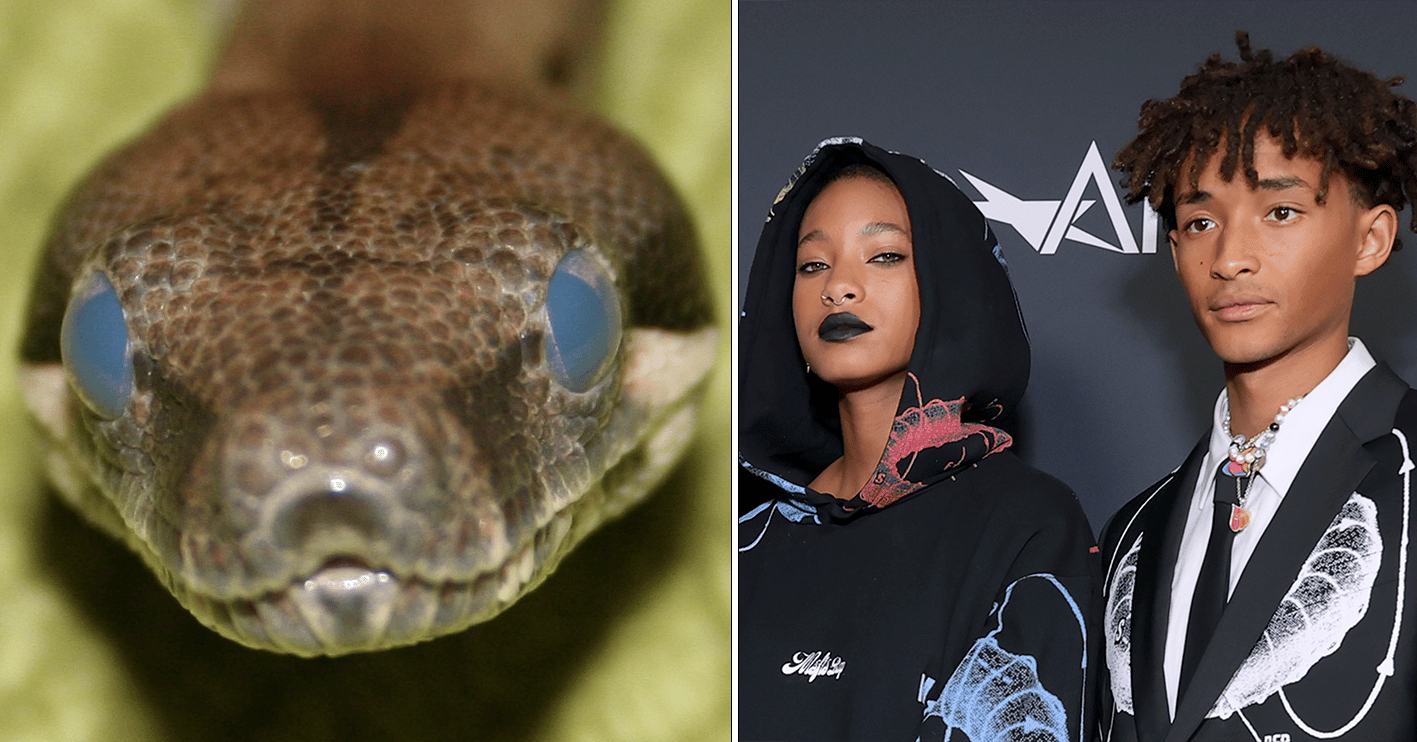 Credit: XPS420 via Wikimedia and Jon Kopaloff via Getty Images

As teenagers, Willow and Jaden Smith – the children of Will Smith and Jada Pinkett Smith – owned dozens of pet snakes. Willow got her first boa constrictor at the age of seven, and according to one insider, the snakes roamed freely and even shared beds with the celebrity teens.

“[Willow] has 10 sleeping in her room and some aren’t in cages!” the source revealed. Jada Pinkett Smith has spoken about how her children’s passion has helped her to overcome her fear of snakes. 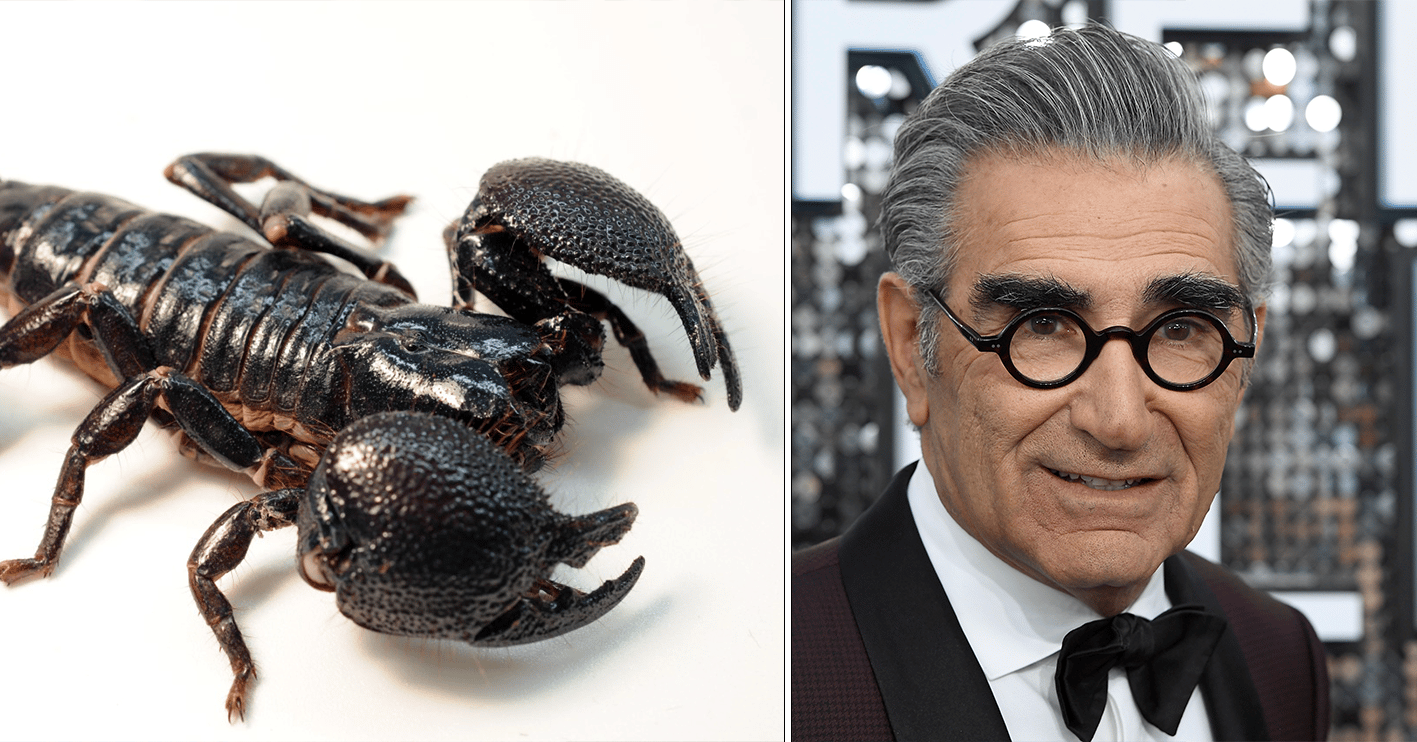 In an interview with US Weekly in 2016, Schitt’s Creek star Eugene Levy revealed that he shares his home with a particularly unusual pet. He owns a pet scorpion called Stingy, who resides in Levy’s famous family home in Toronto.

We’re guessing Stingy has enjoyed plenty of attention over the past few years, as Levy’s son (and Schitt’s Creek co-star) Dan found himself moving back into the family home during the pandemic. “I’m in my childhood home right now which is weird to spend that much time where you were born and raised,” Dan commented in 2021. “But it’s inspired a lot of writing at the moment so that’s good.” 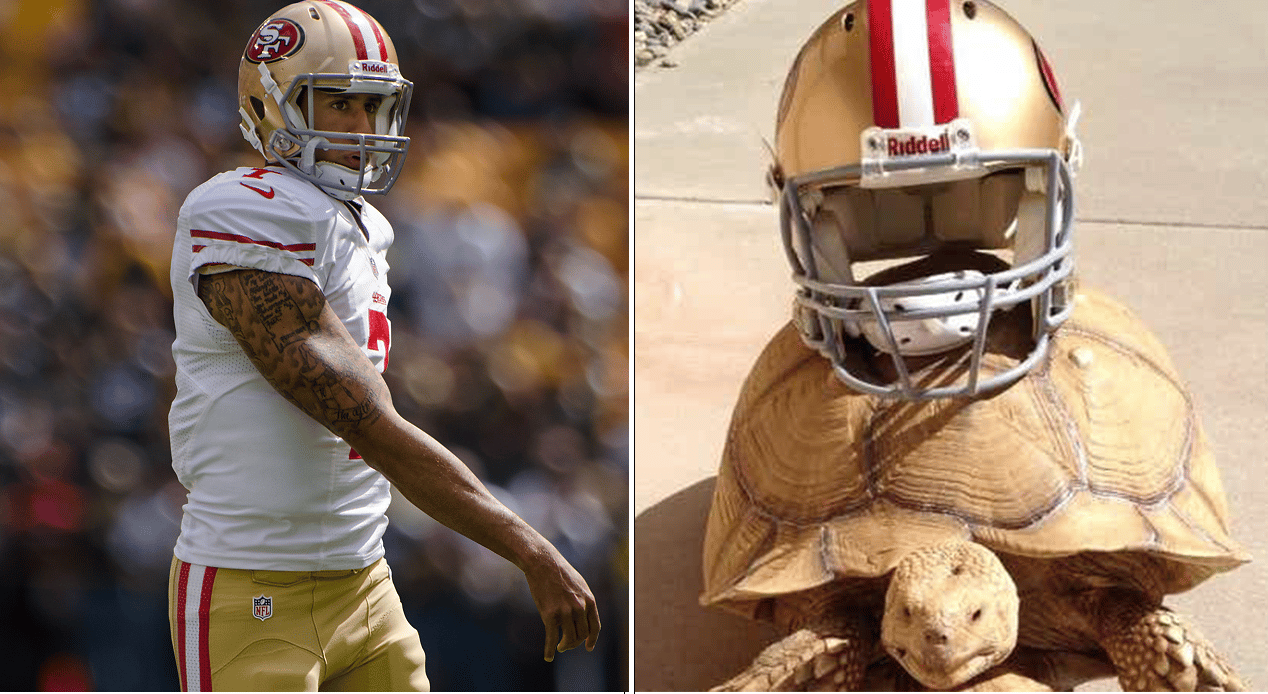 A tortoise is not the most unusual of pets – but when Colin Kaepernick first acquired his beloved Sammy, he got a lot more than he bargained for. Sammy first came into Kaepernick’s life when the NFL-star-to-be was only ten years old.

Sammy was once small enough to fit into Kaepernick’s palm, but he has since grown into a 115 lb star. At one point, Sammy even had his own Twitter account – though he appears to have taken a break from social media lately. 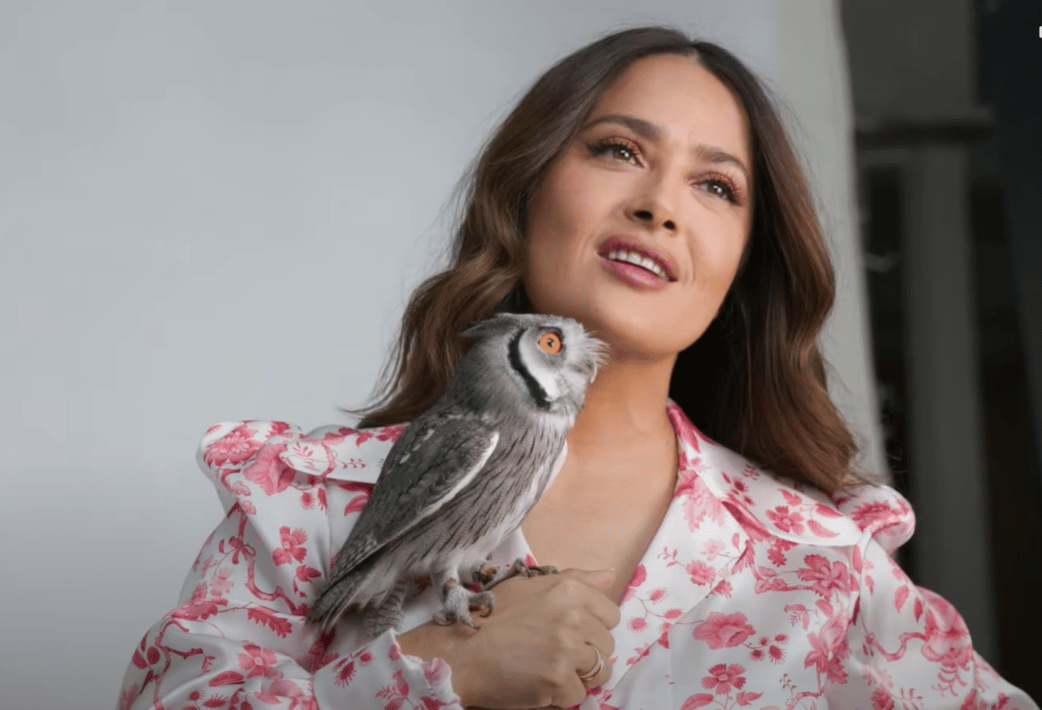 Salma Hayek has always adored these bewitching nocturnal creatures – so when an animal rescue centre was seeking to rehome an owl, she got in touch right away. Hayek’s pet, named Kering, is a southern white-faced owl, and the pair are inseparable. “We have certain routines before we go to sleep, Hayek told People Magazine.

“I watch TV with my iPad, and she likes to stand on the iPad,” she described. Kering also has unusual tastes: “Even though owls don’t drink liquids because they take everything from their prey, she likes good wine, this one,” Hayek said. 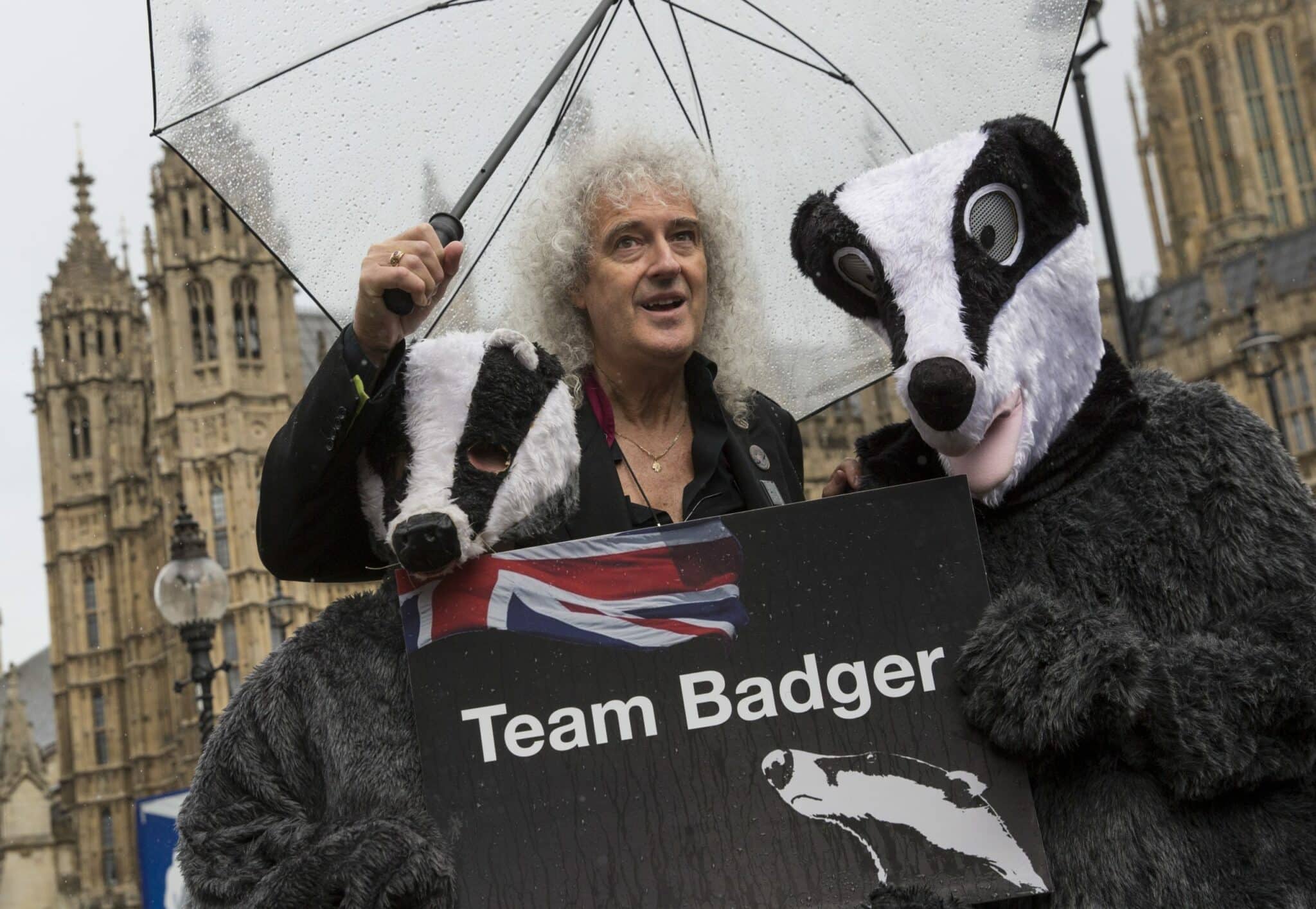 Queen star Brian May has campaigned tirelessly to protect animal rights in the UK, speaking out about the need to protect endangered wild species. True to his word, he has dedicated his own land to rescued animals – including friendly badger cubs, hedgehogs and fox cubs.

“I can’t help but have a sort of awe for all wild creatures who have survived even the awfulness of what we have done to the world,” May has said. “We are the vandals in this world, there’s no doubt about it.” 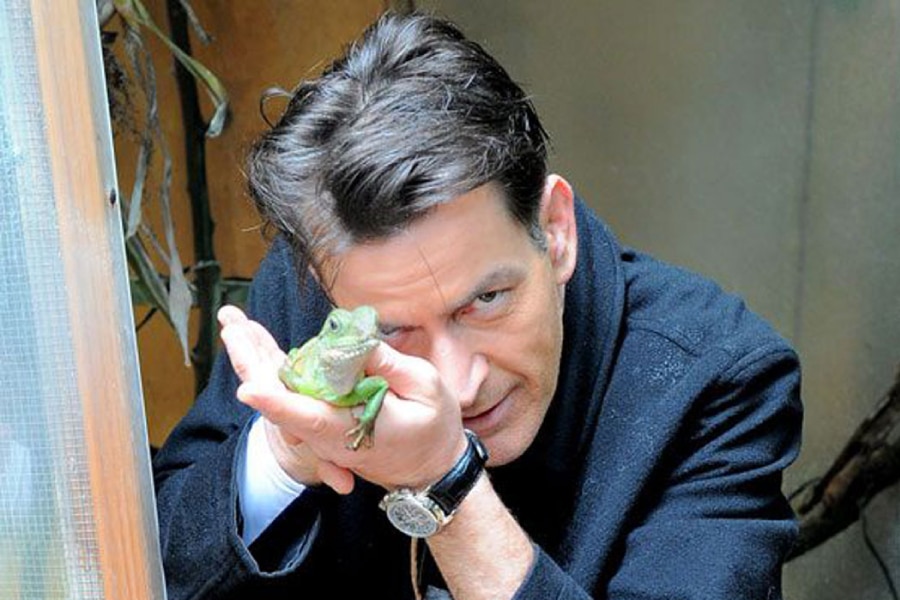 Charlie Sheen’s acrimonious custody battle over his pug dogs has hit headlines, but he has also owned more exotic pets over the years. Among them was a Chinese water dragon, a species of lizard.

According to one source, “[Sheen’s] Chinese water dragon died because he didn’t take care of it and a while back, when he was married to Brooke [Mueller], his bearded dragon fell in the pool and died.  Again nobody was watching the poor thing.” 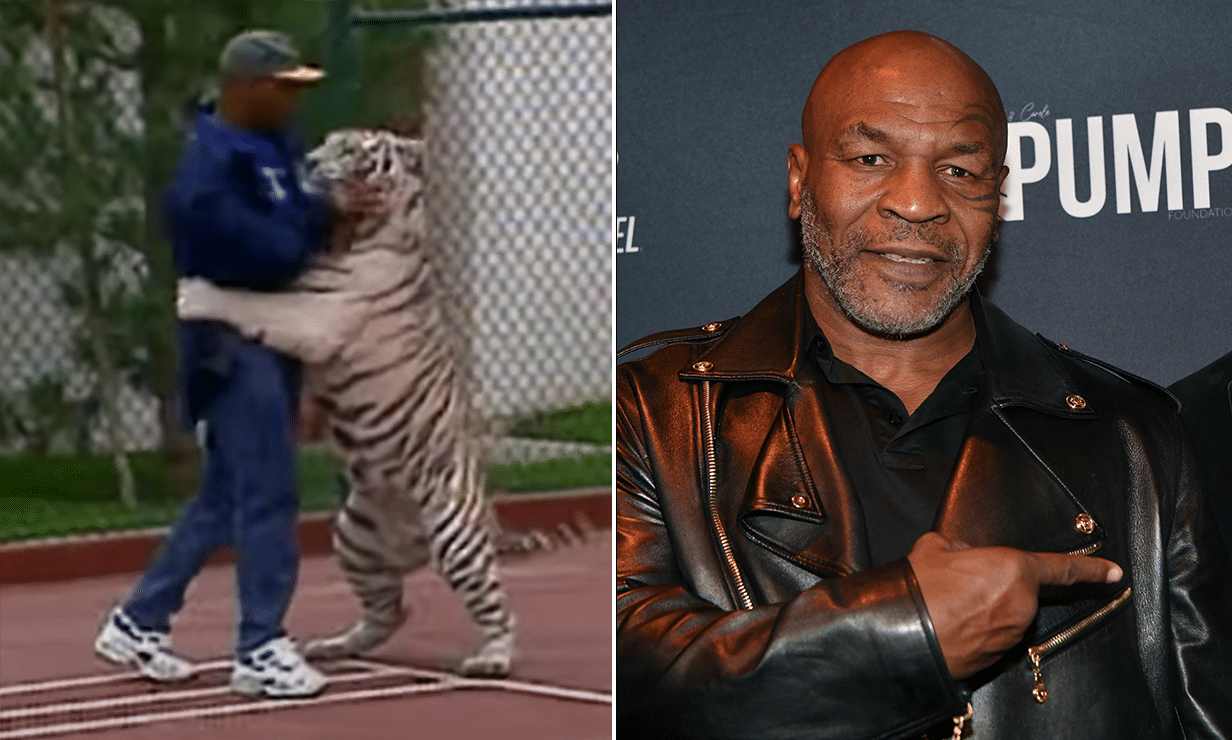 In the 90s, Mike Tyson owned three white Bengal tigers that cost him £48,000 each. But in recent years, Tyson has changed his opinion about owning these exotic pets – and says he was wrong to keep them in captivity. “I was foolish,” the former boxing champ has said.

“There’s no way you can domesticate these cats 100 percent,” he elaborated. “No way that’s going to happen. They’ll kill you by accident, especially when you’re playing rough with them, you’re punching them back. They get hyped up, hit you back and you’re dead.”